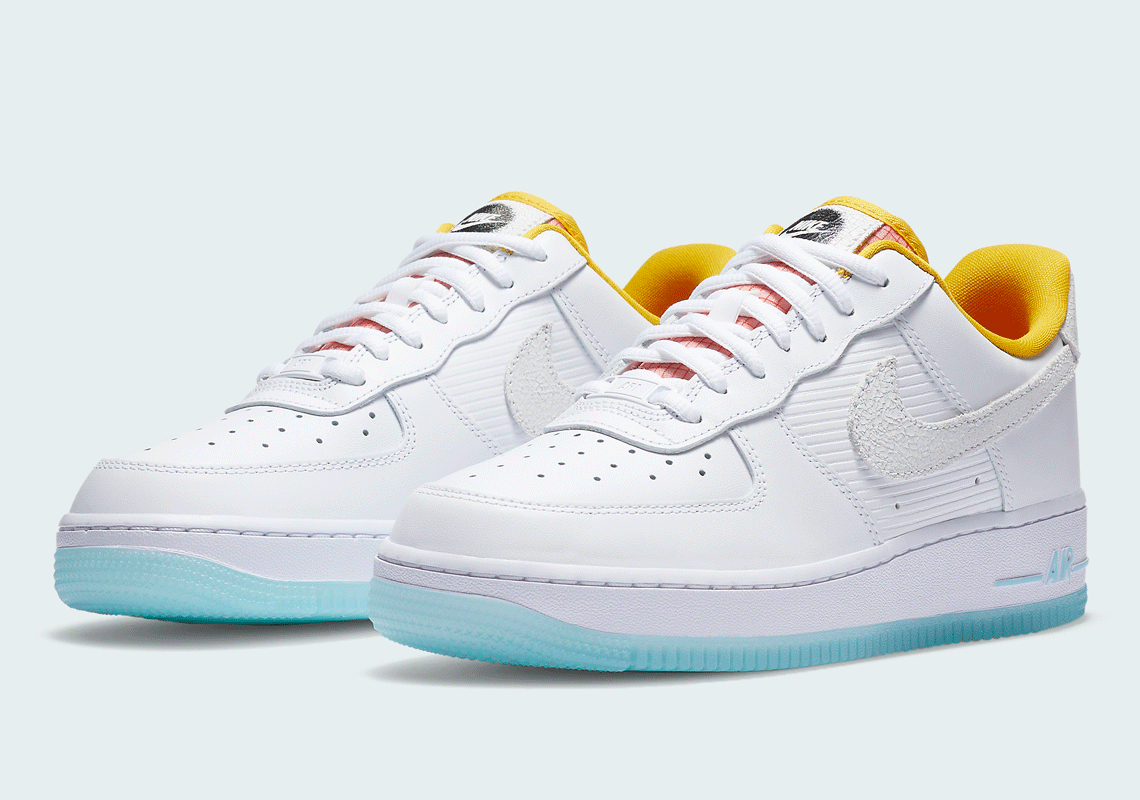 The Nike Air Force 1 continues to prove its worthiness within the sneaker pantheon. From new colorways on its standard build to experimental updates, the 38-year-old silhouette has been top-of-mind for The Swoosh. Its latest outfit arrives with disparate hues, TPU tongues, and cracked leather overlays.

Predominantly clad in its signature “White”, this Air Force 1 Low is anything but traditional. Midfoot panels feature horizontal cutouts, while adjacent Swooshes are constructed with material ostensibly hand-painted and pre-cracked. The same arrangement makes its way onto the heel panel, though it’s accompanied by stacked Nike branding in two styles and colors. While these features don’t appear to hide additional hues like the Margiela Converse from yesteryear, they infuse a fresh spin on a classic silhouette. React Element 87-like tongues further deviate from the Air Force 1‘s traditional construction and boast a scarlet tint; their and the nearby collar’s lining indulges in a rich yellow. Underfoot, oft-imitated sole units contrast the upper’s palette in a light blue, which is applied in translucent fashion throughout the outsole.

Enjoy official images of this Air Force 1 Low ahead, as you wait for pairs to arrive at Nike.com in the coming weeks. 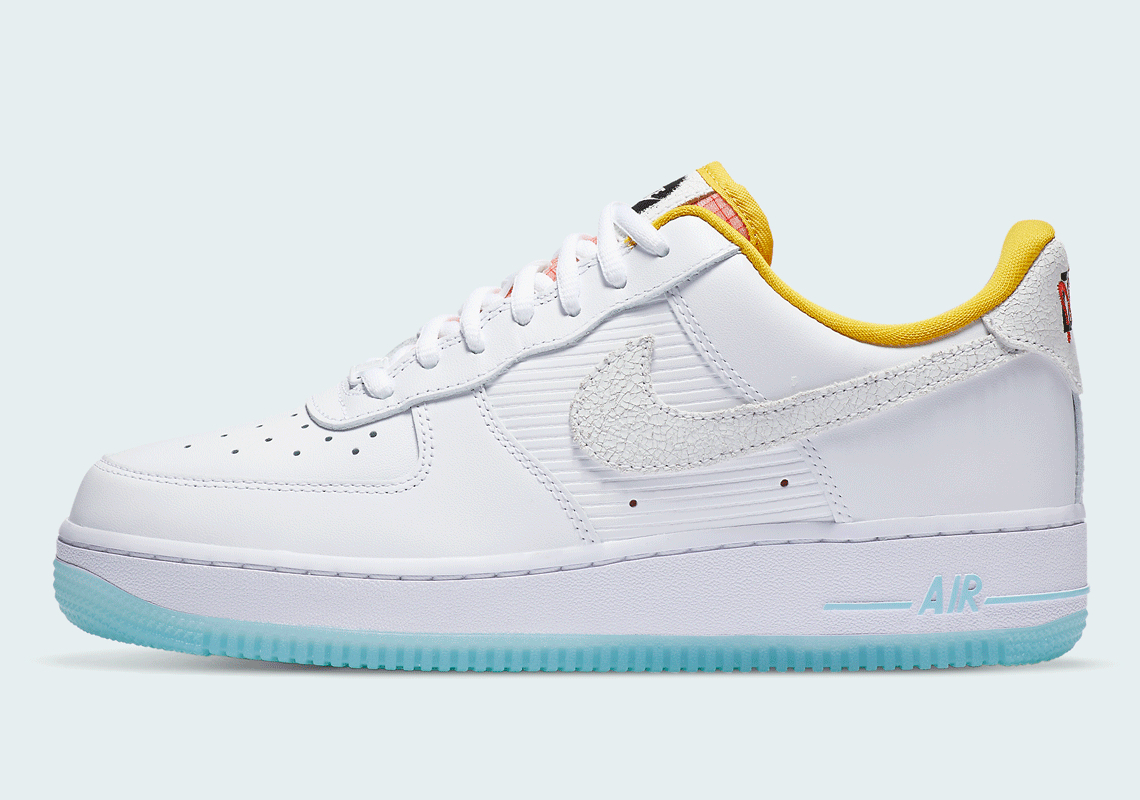 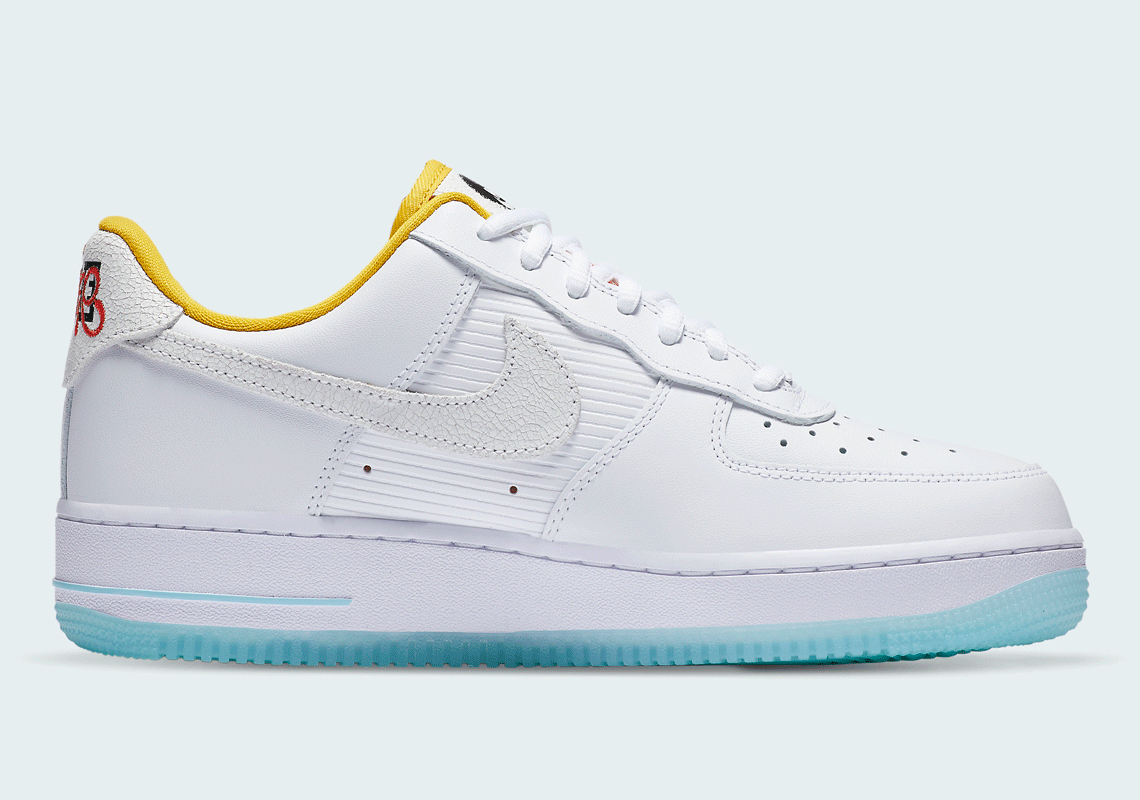 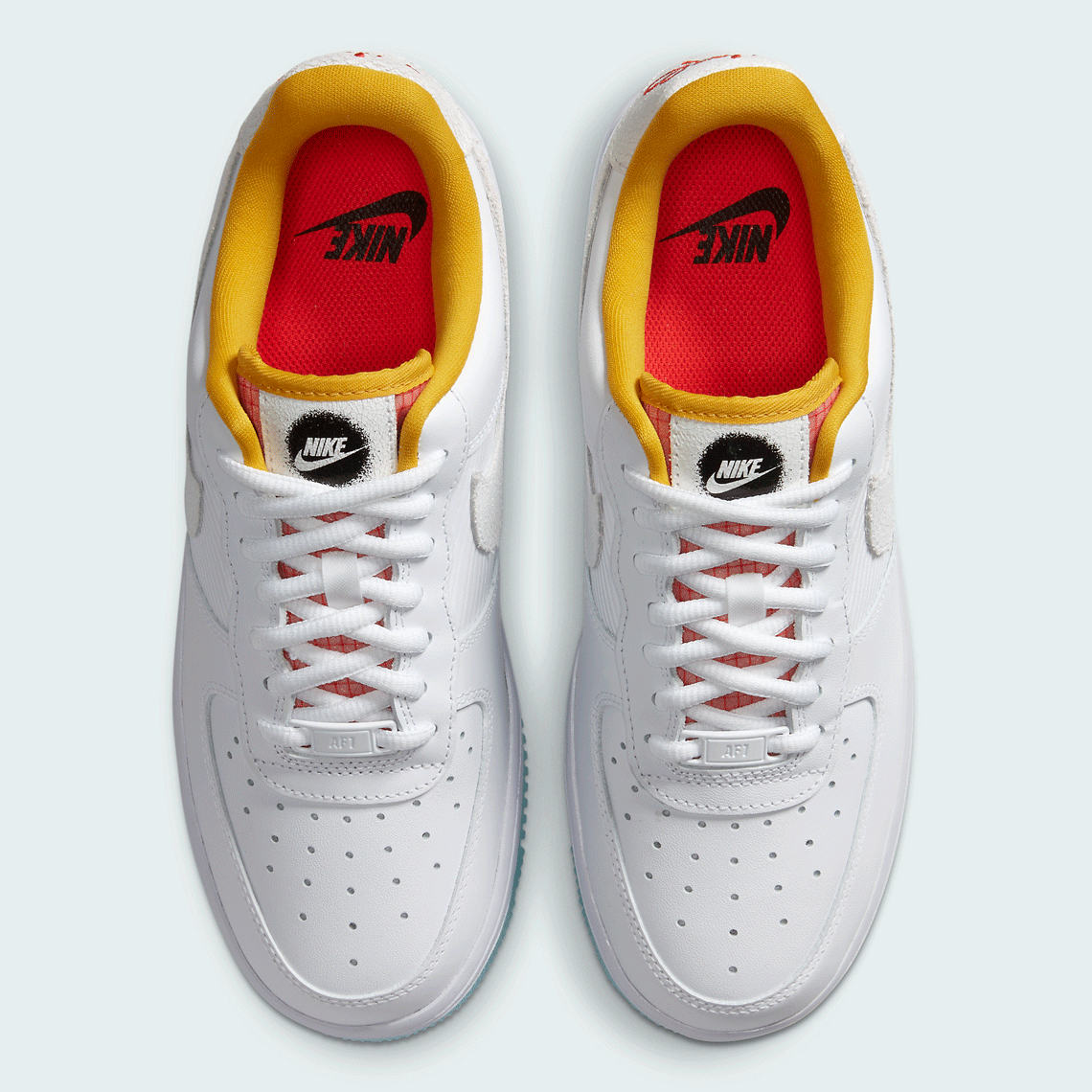 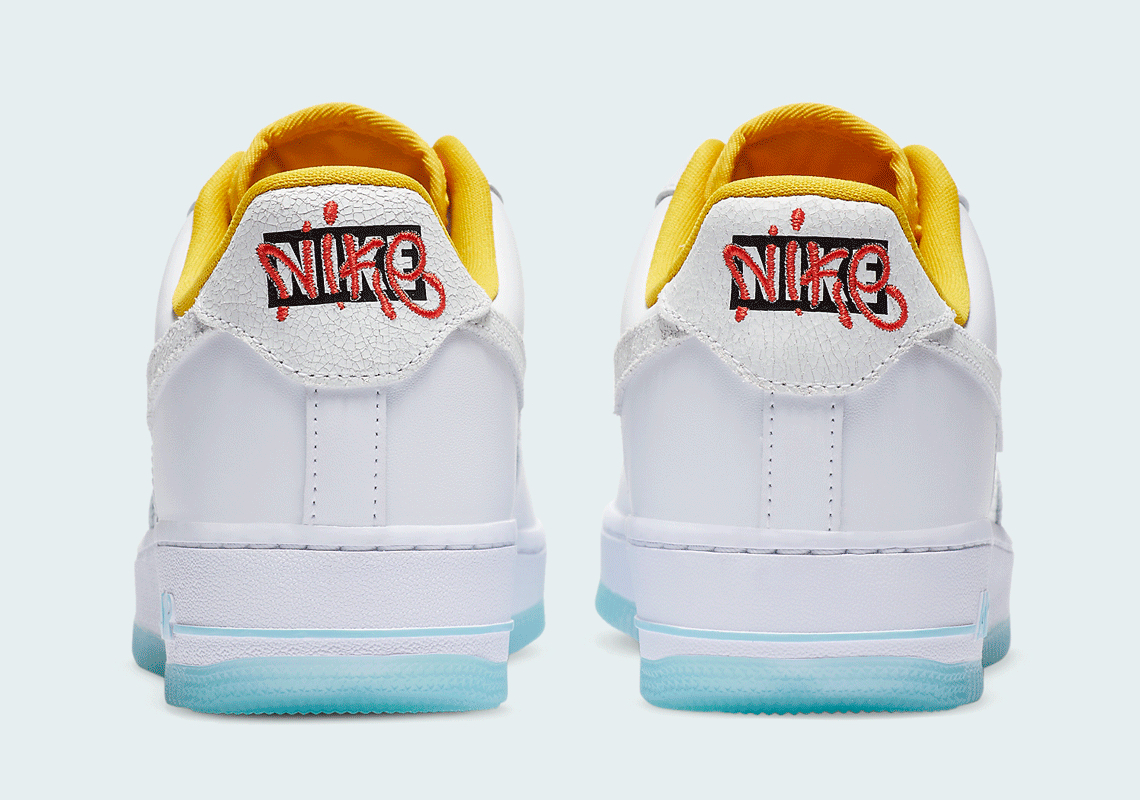 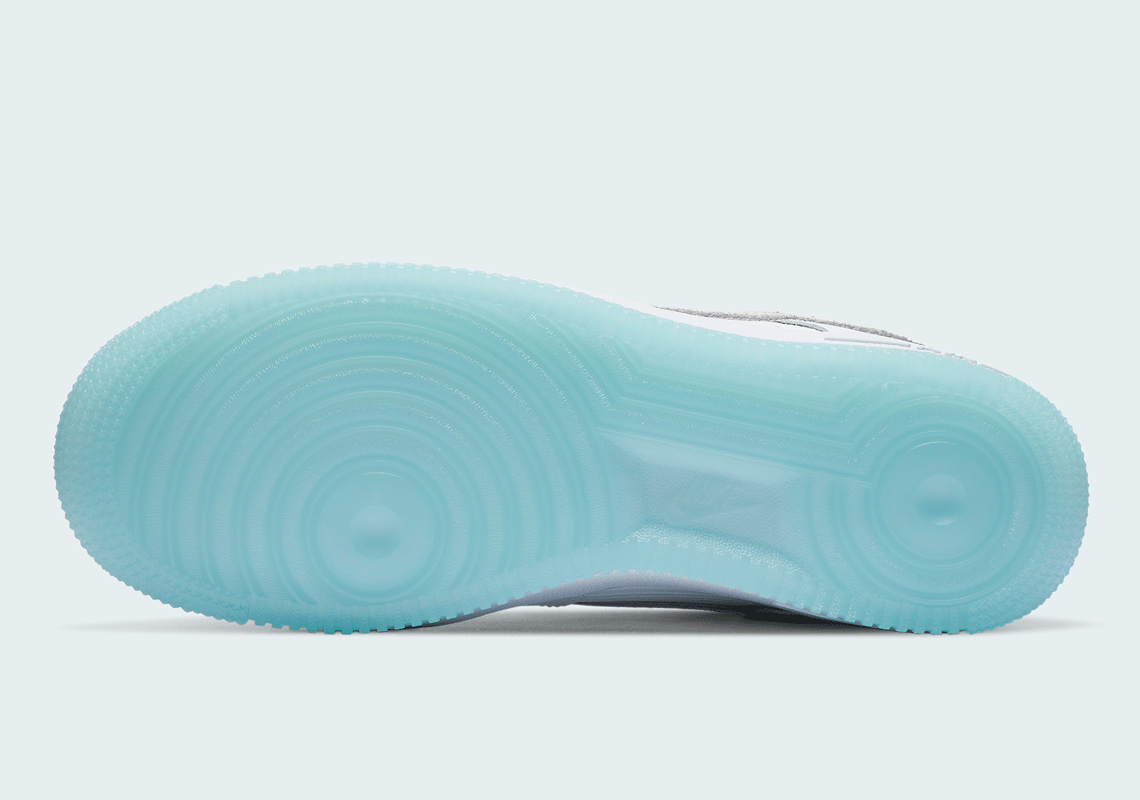 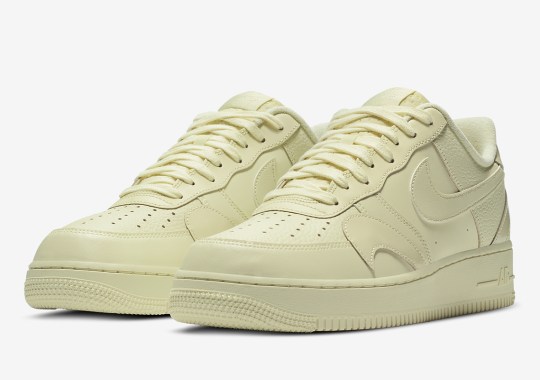