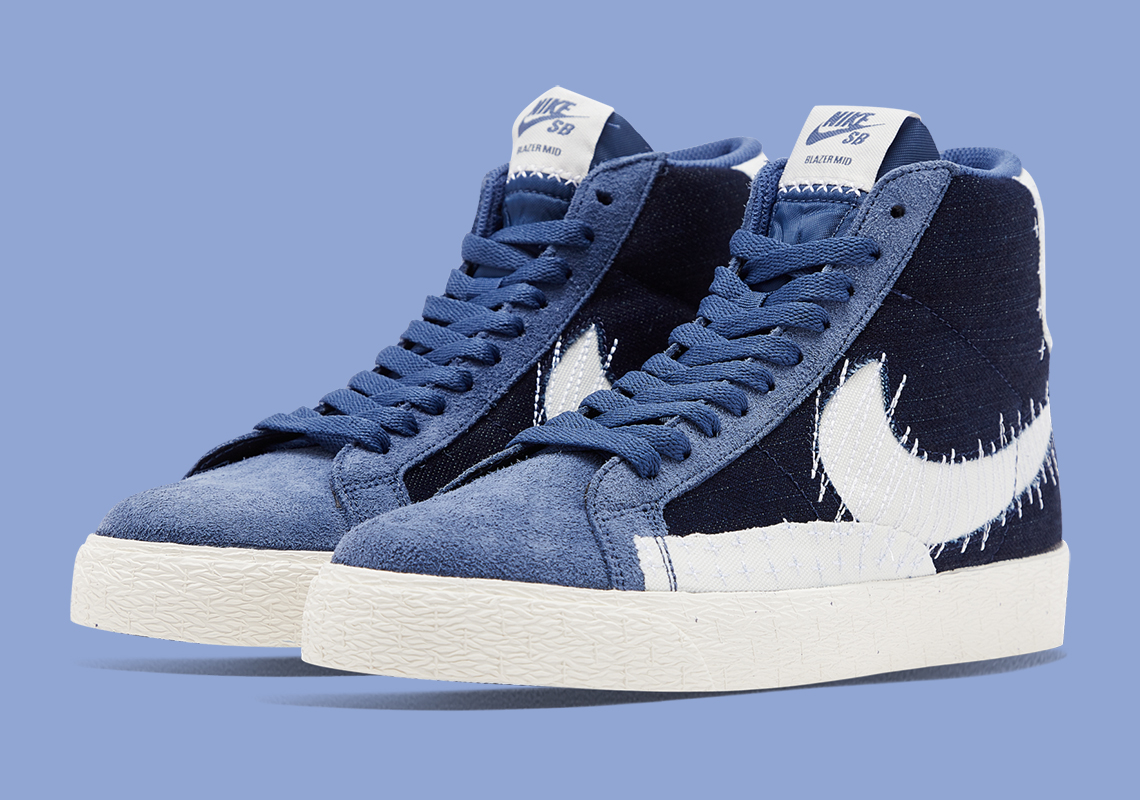 This year, Nike SB is introducing a new sneaker collection that draws from an ancient form of Japanese embroidery entitled “Sashiko” stitching, which in English translates to “little stabs”. The intricate hand-sewed technique which originates from the early 1600s, is being applied to a few silhouettes including the Dunk Low, Janoski, and Blazer Mid. Of the three the Blazer seems to be the highlighted silhouette thus far being the only member to reveal itself via official imagery, and after unpacking its sesame/denim option, it’s making room for another entry.

Essentially using a similar palette only flipped in reverse, the canvas uppers come dipped in full “Mystic Navy”, while contrasting overlays, heel panels, and Swooshes are dyed in “Sail”. Cross and zig-zag stitching details are kept consistent, only the former stands out in all-white, while the latter blends in with the Nike checks at the areas in which they overlap. More photos are listed here below, and you can expect these to drop likely in the coming months on Nike.com, so stay tuned for further info.

In other news, the next round of Nike Space Hippies officially release tomorrow. 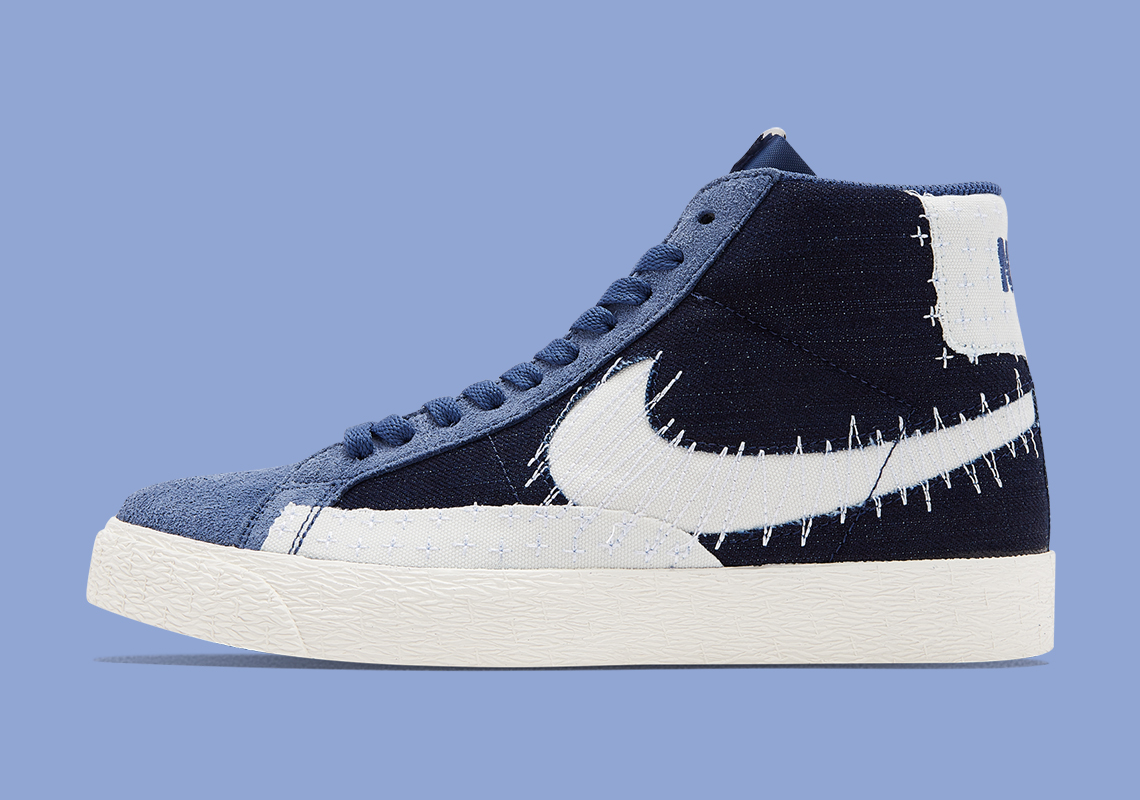 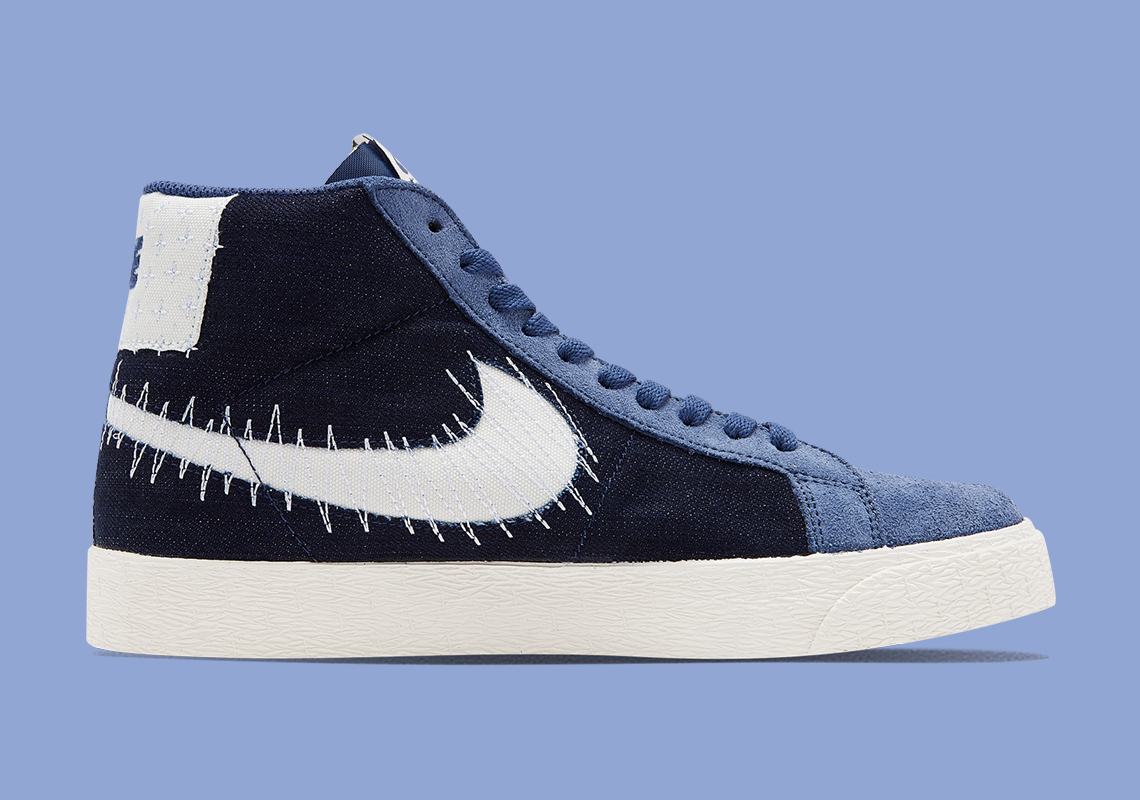 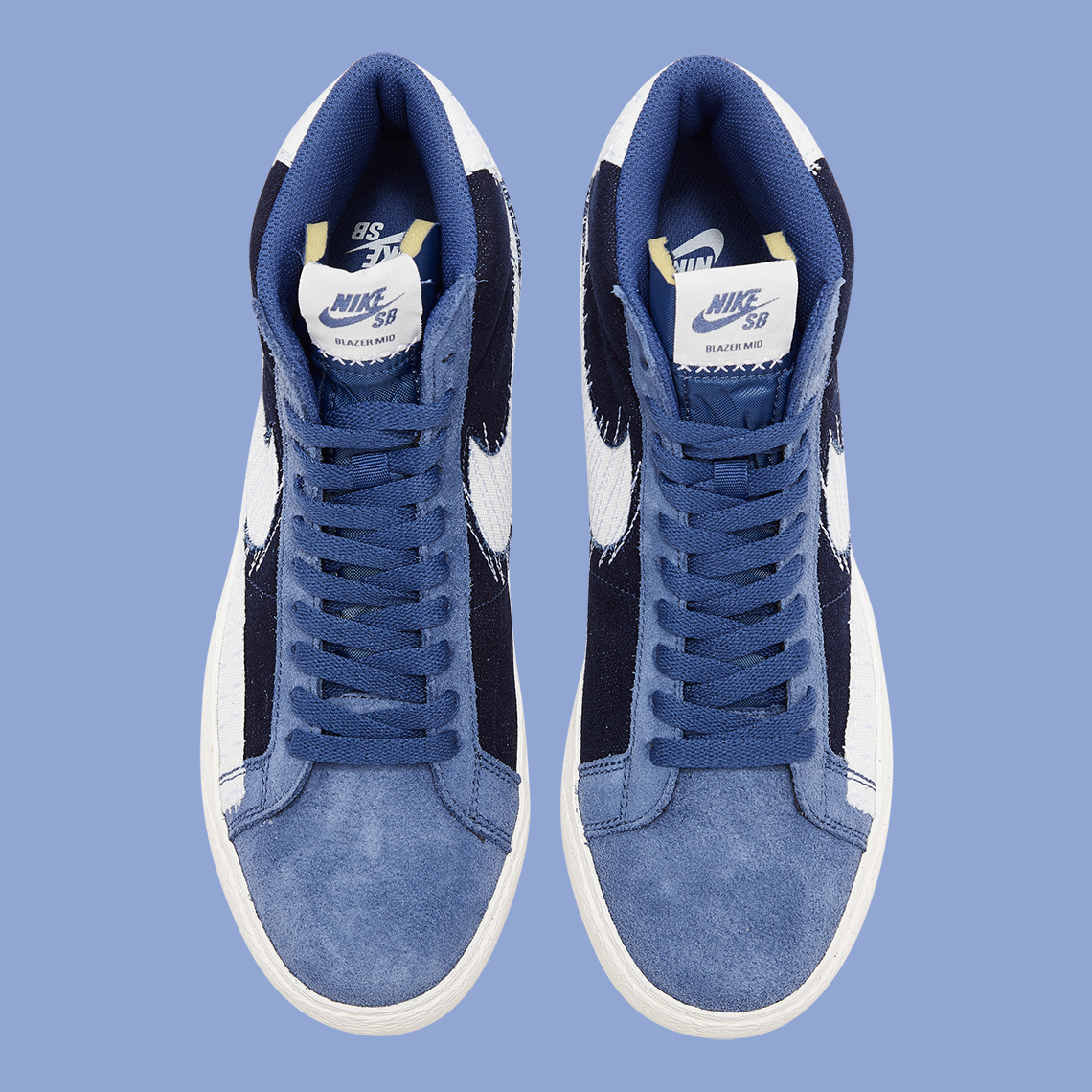 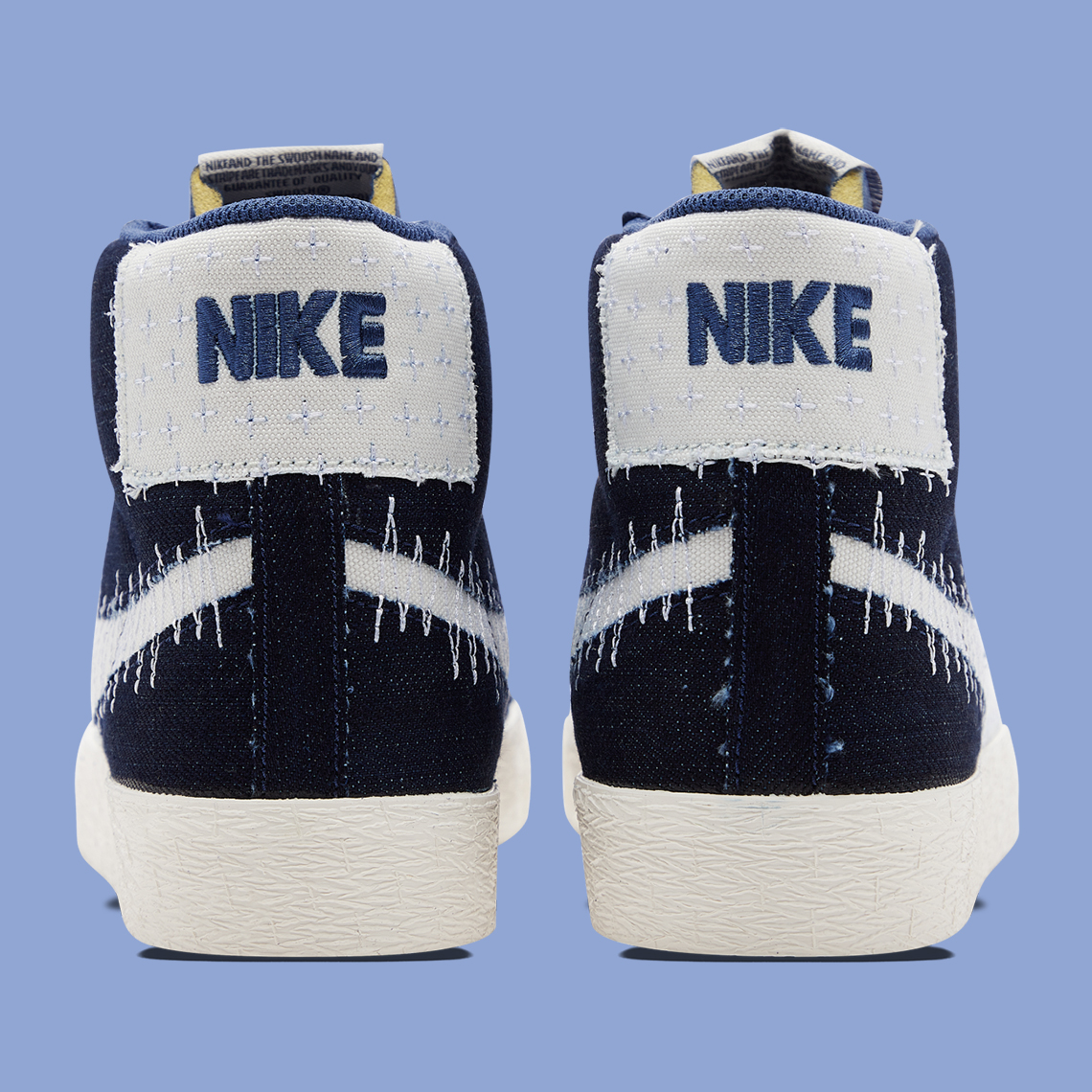 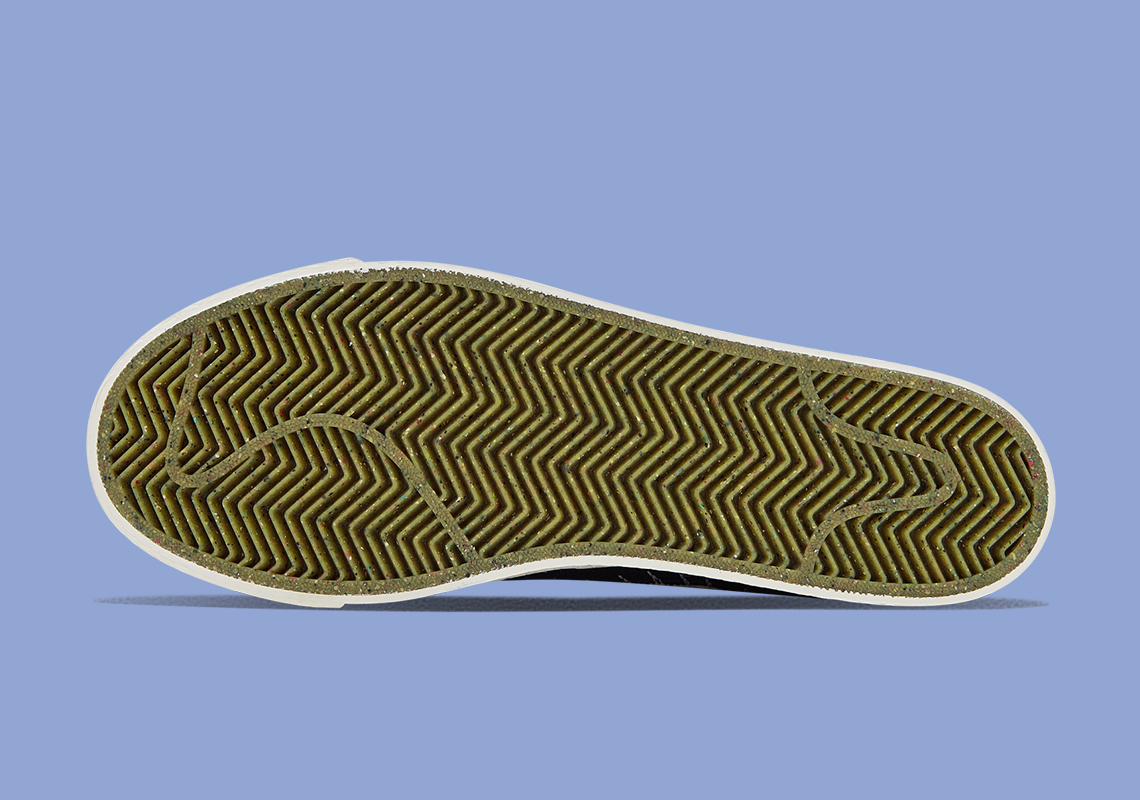