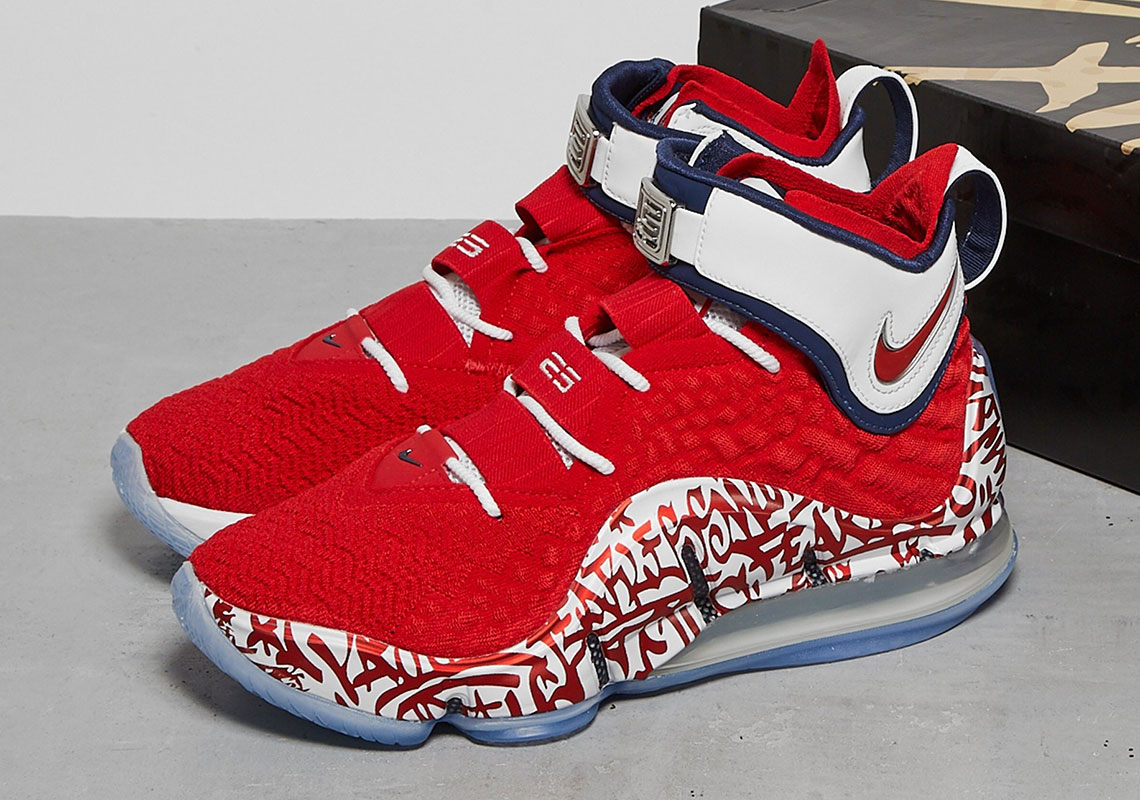 The Nike LeBron 17 “Graffiti Remix” To Appear In Red Colorway

Seen in a number of different varieties, the Nike LeBron 17 is certainly the most chameleon-like relative to the rest of the signature line-up. And thanks in part to such experimentation, we were fortunate enough to see the silhouette pay homage to the icons before it — the “Graffiti Remix” design the most overt in such references. After a release earlier in the year and the debut of a PE-inspired take, the variant is ostensibly expanding on its own with a brand new red colorway.

Similar to the previous in its blocking, the pair leans into relatively familiar territory though it does so with a simple and noteworthy swap of palette. Bold shades dress nearly every woven fixture along the upper, matching that of the vandalism sprawled below as well as the swoosh that sits embedded along the white leather strap. Hard shell overlays outfit in the same neutral along the bottom half, sandwiched between the red tone and the light blue that makes up the entirety of the tread. Navy accents in seldom along the collar, lining the edges of the aforementioned fastener through the doubled heel pull to the silver metallic buckle at the front.

Grab a detailed look at this upcoming LeBron 17 here and expect to see it at Nike.com as well as select batch of retailers soon.

In other news, take a closer look at the PSG Air Jordan 4. 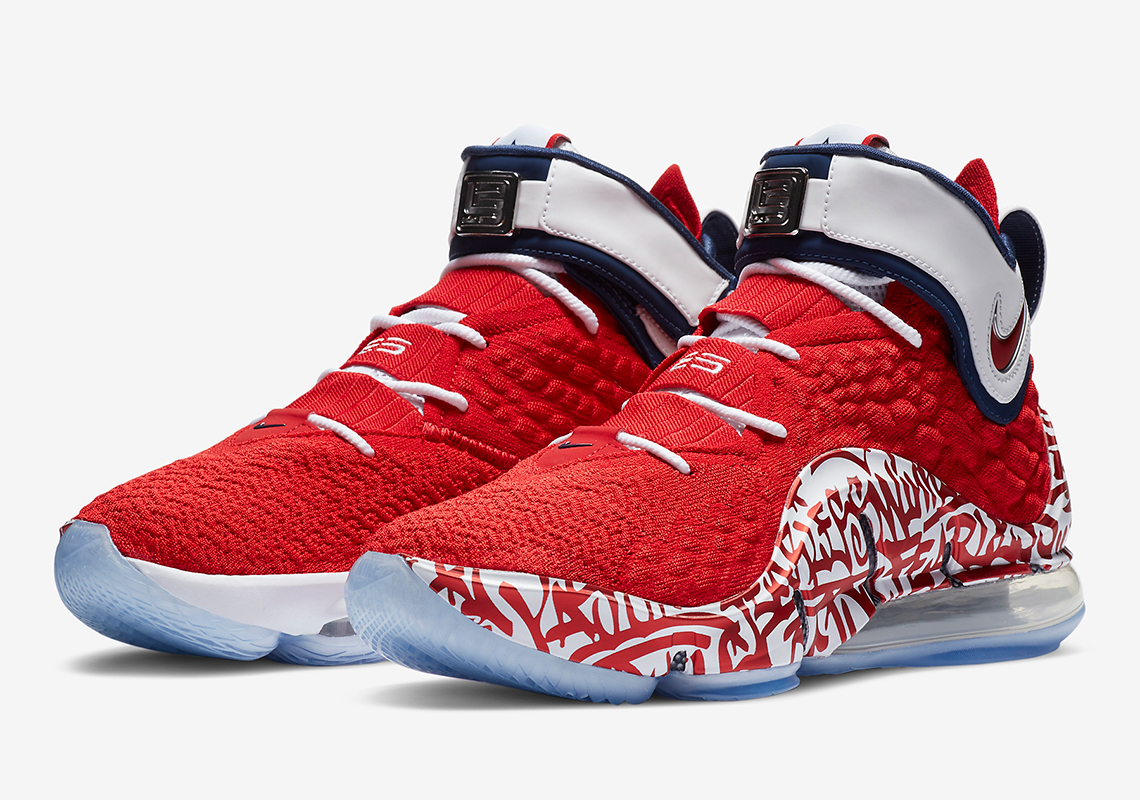 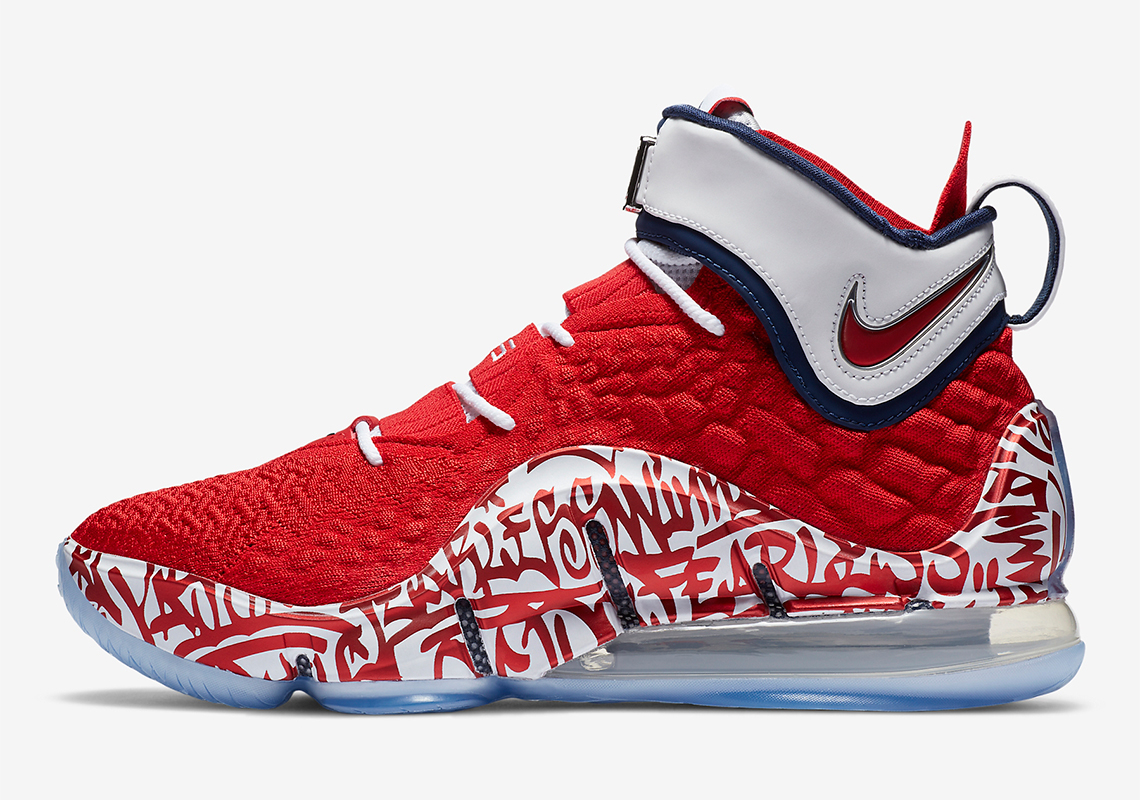 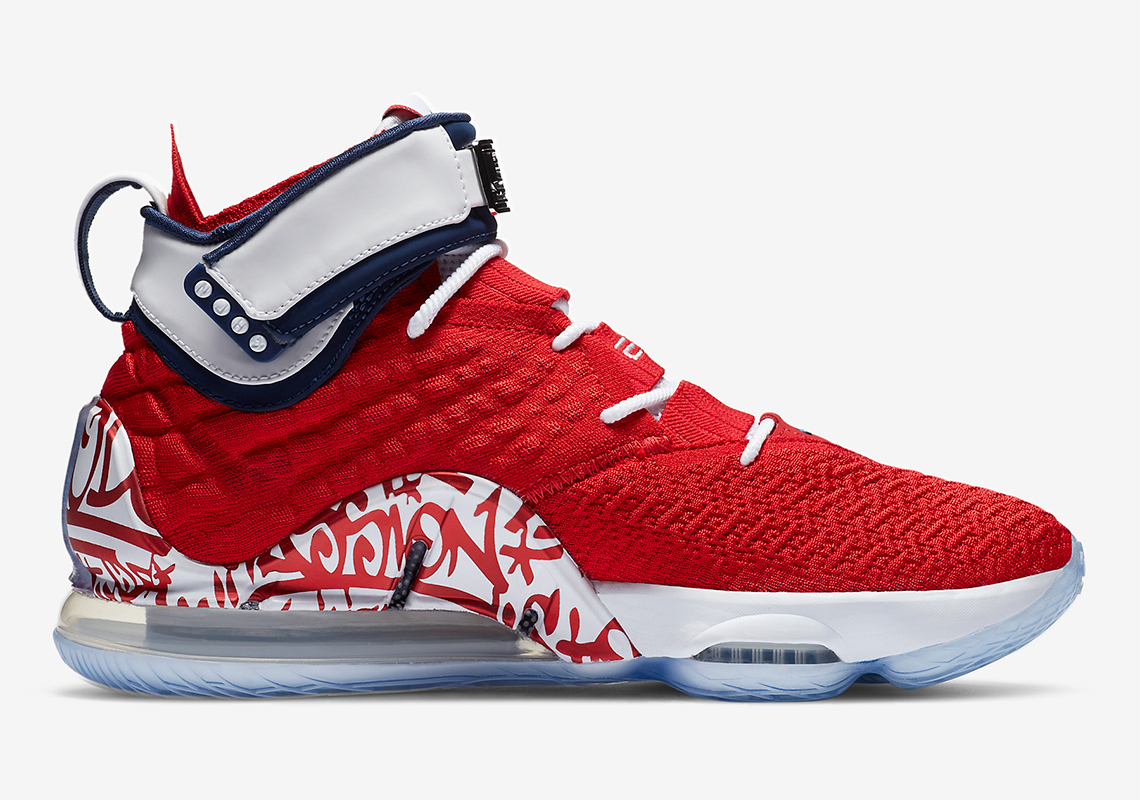 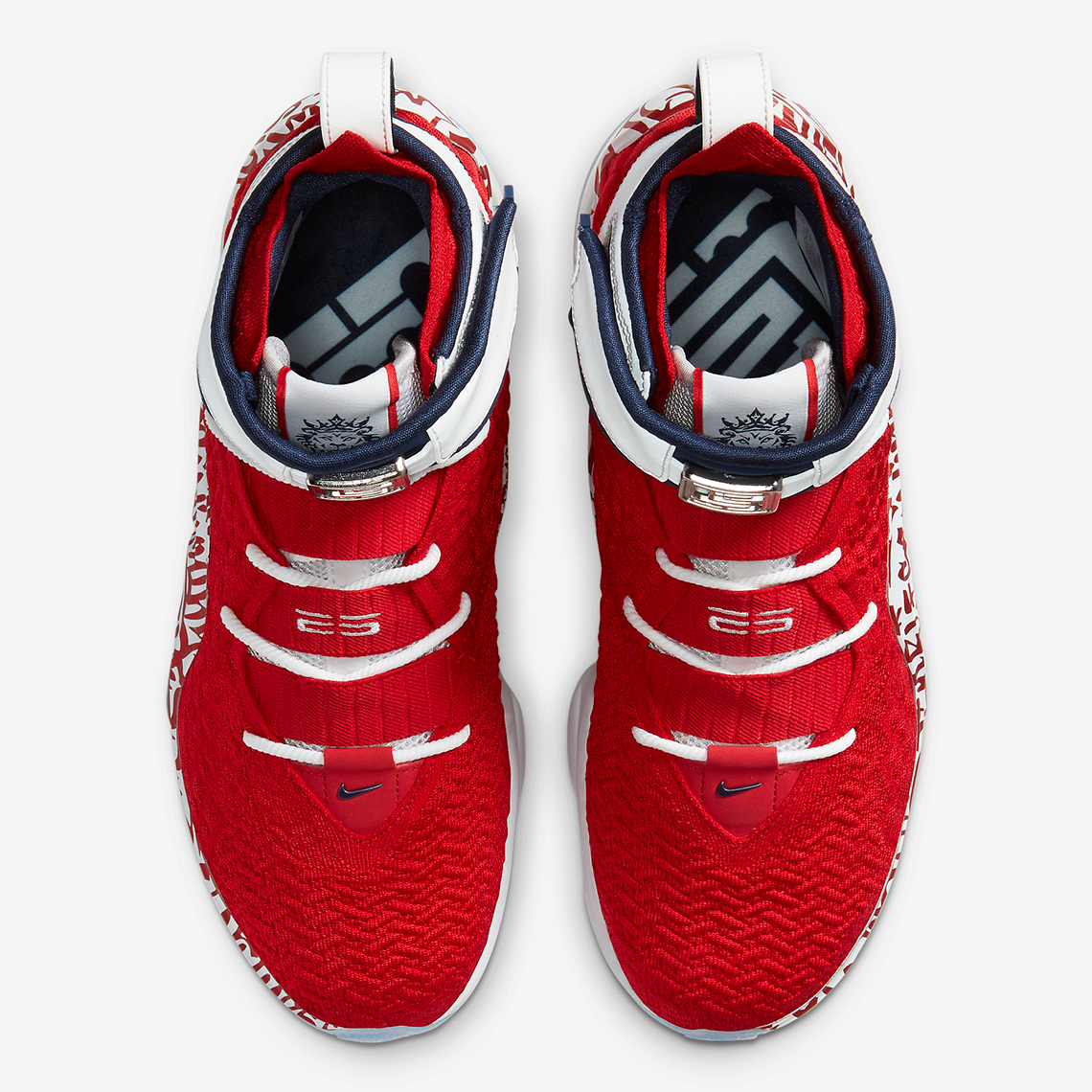 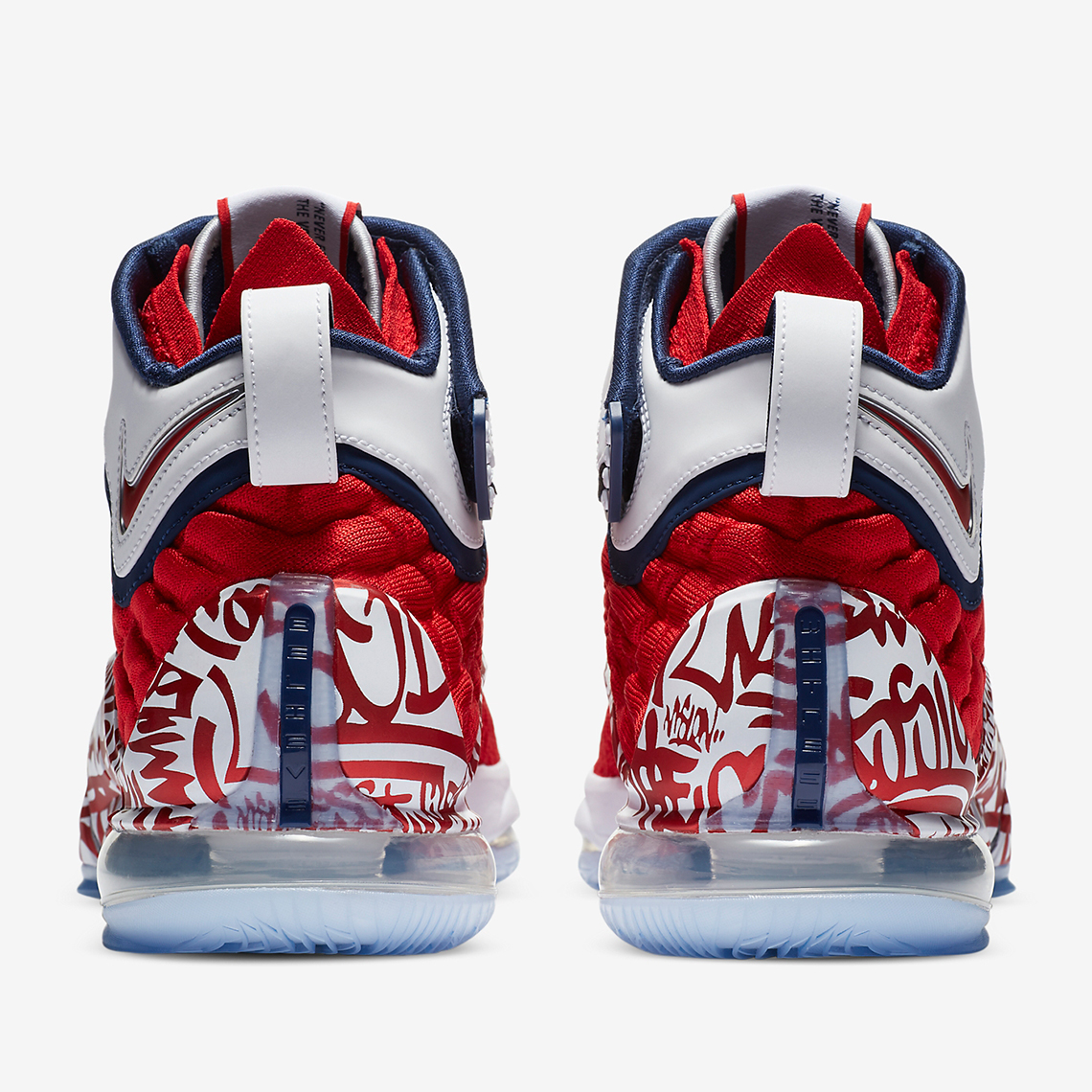 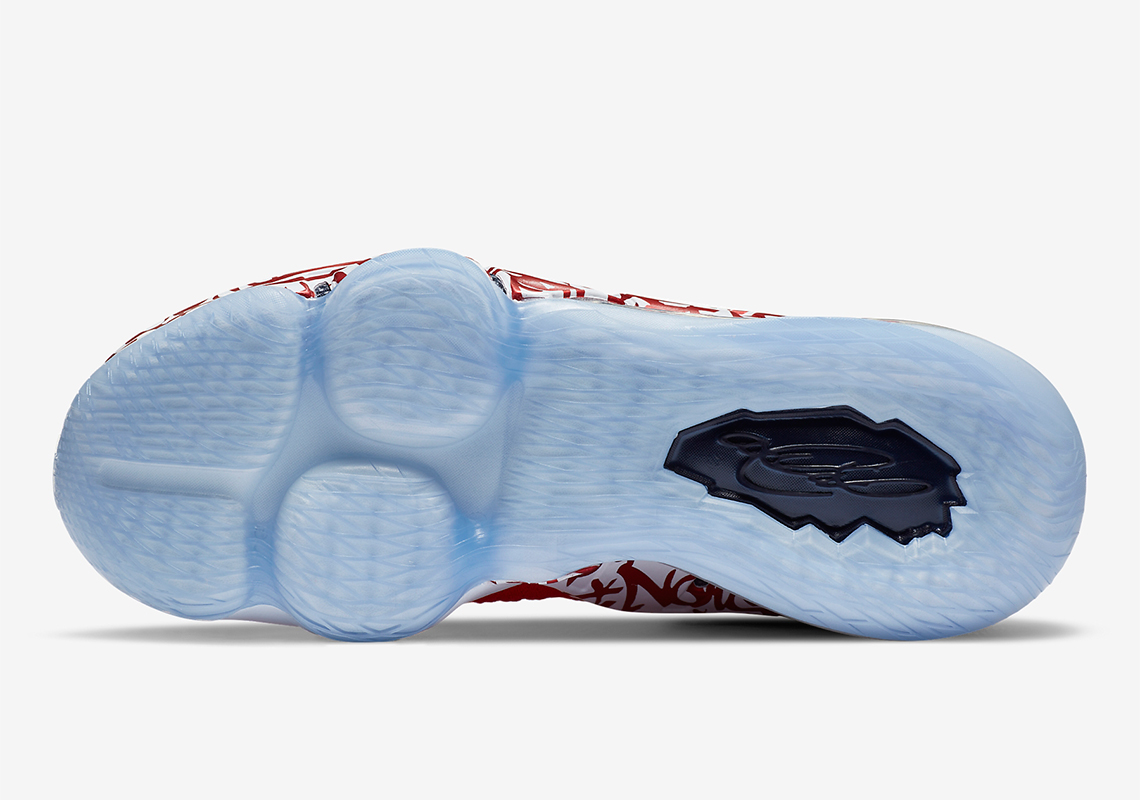 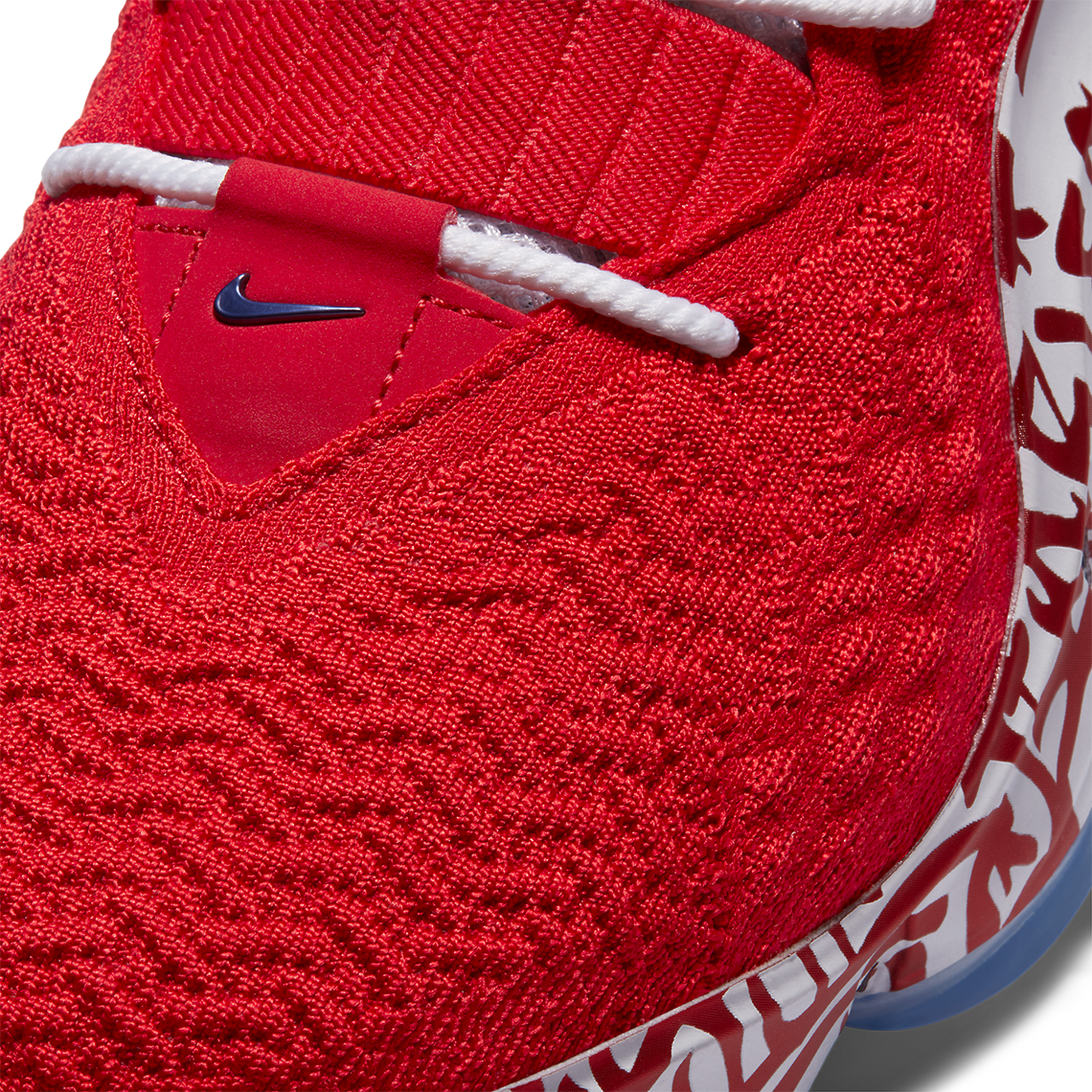 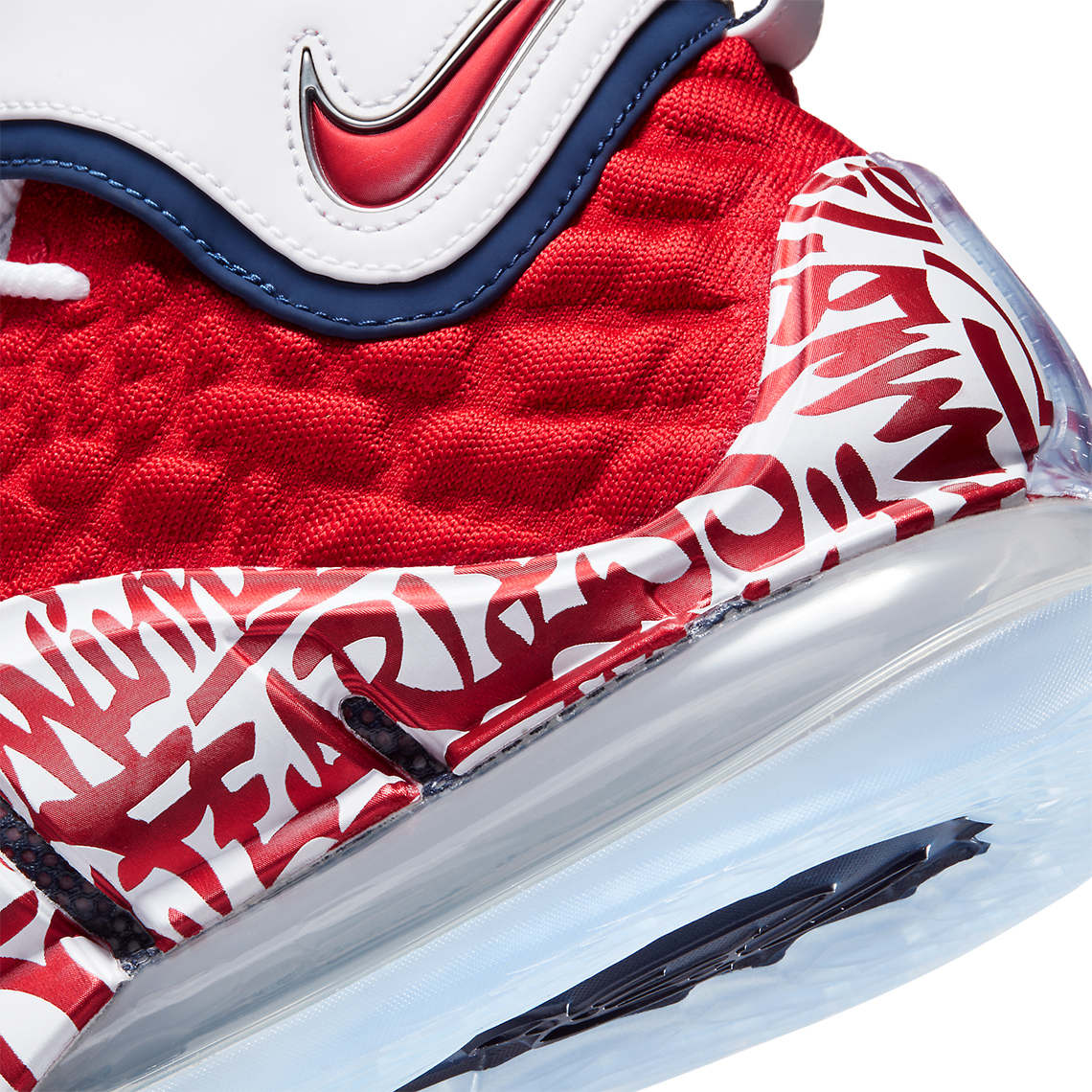 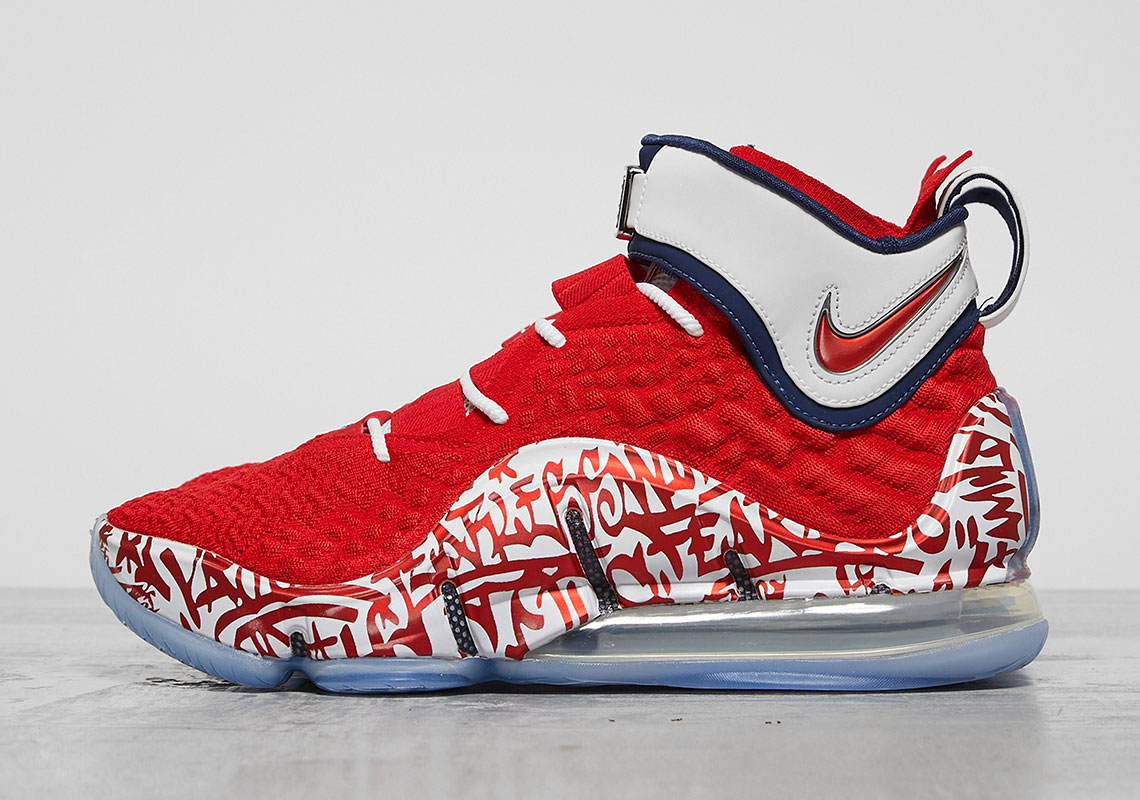 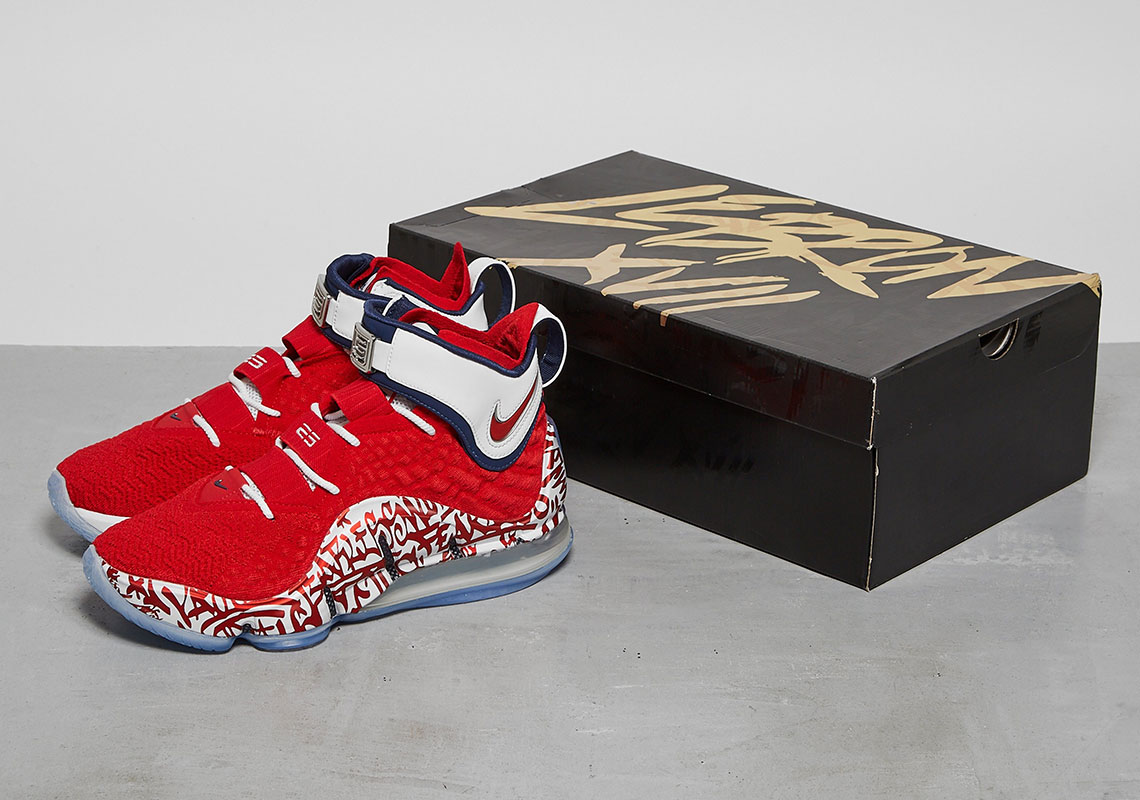 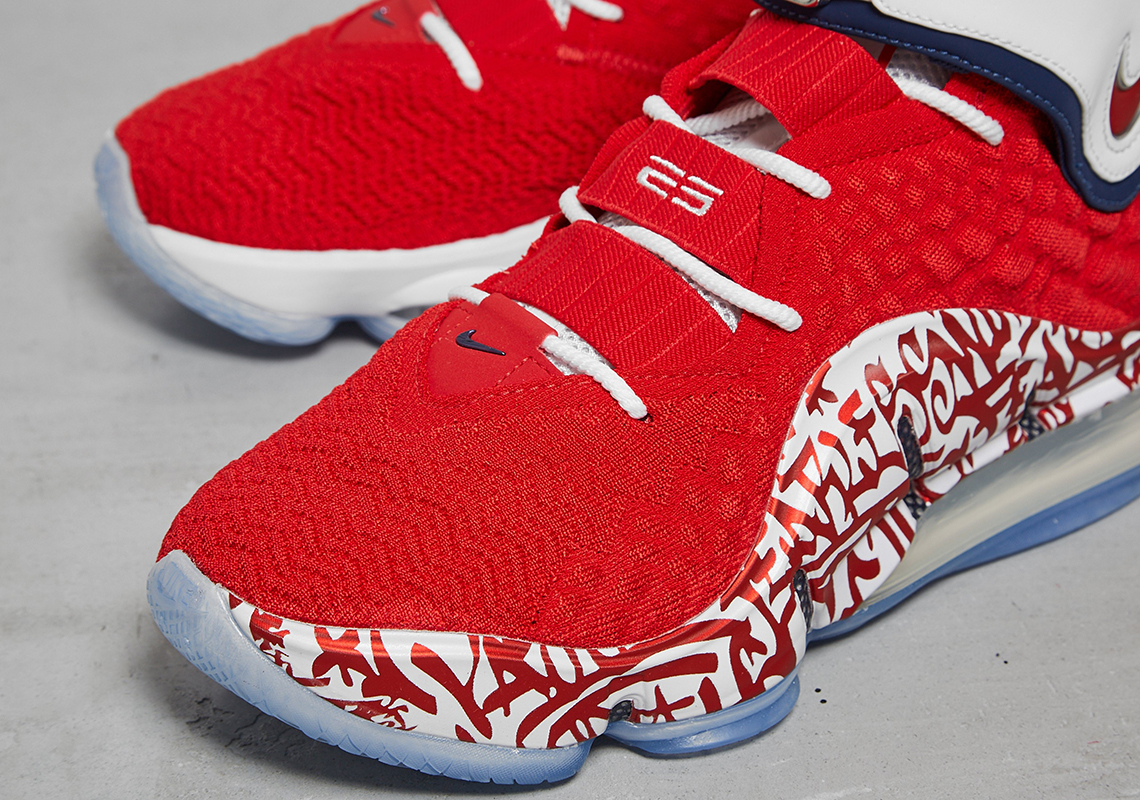 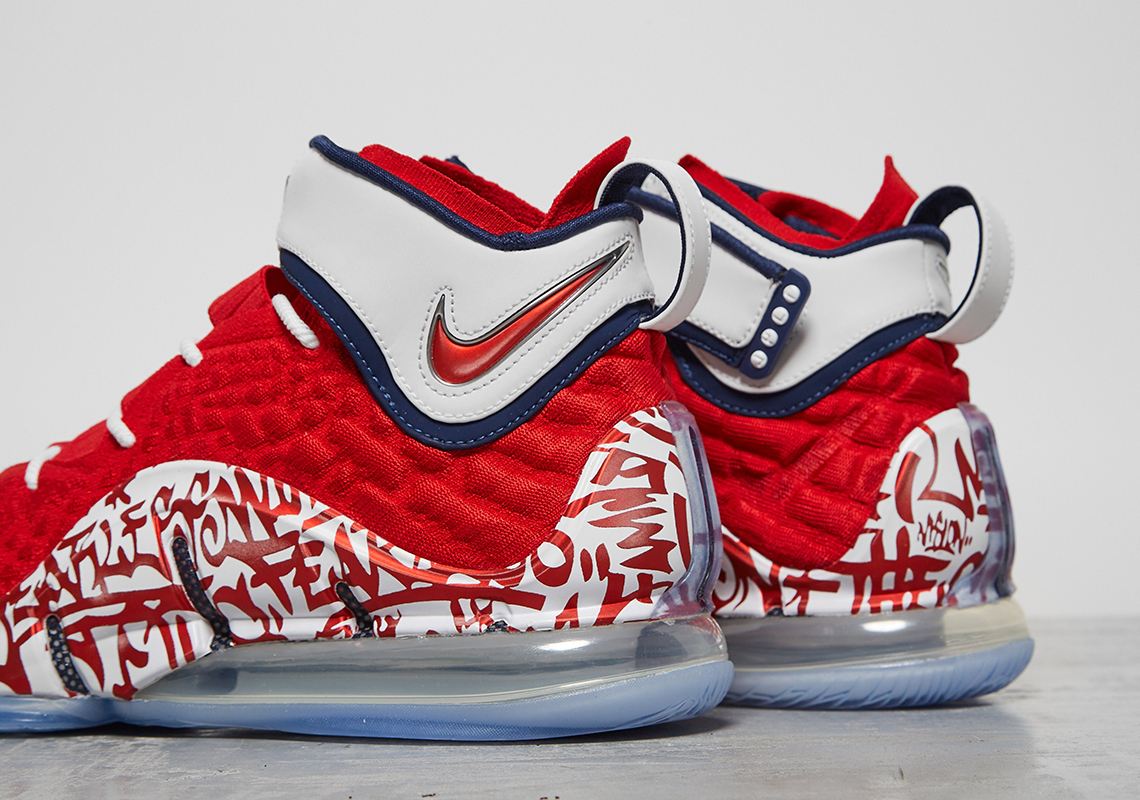 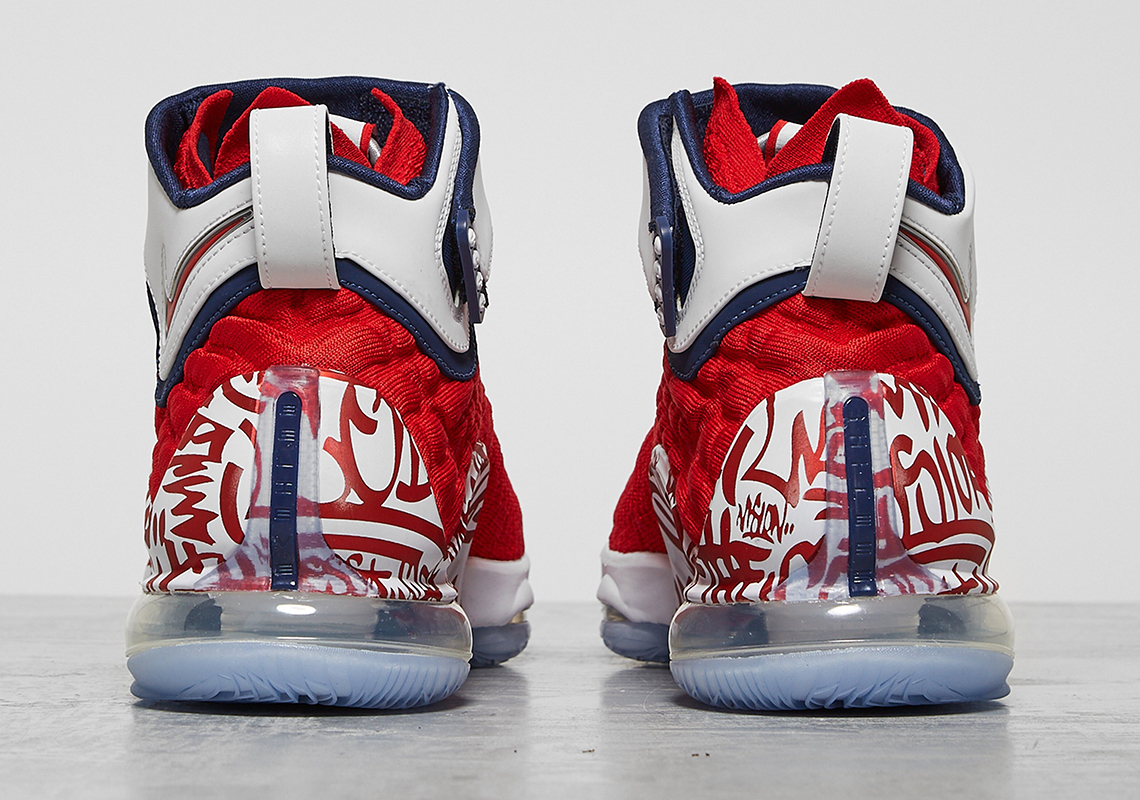