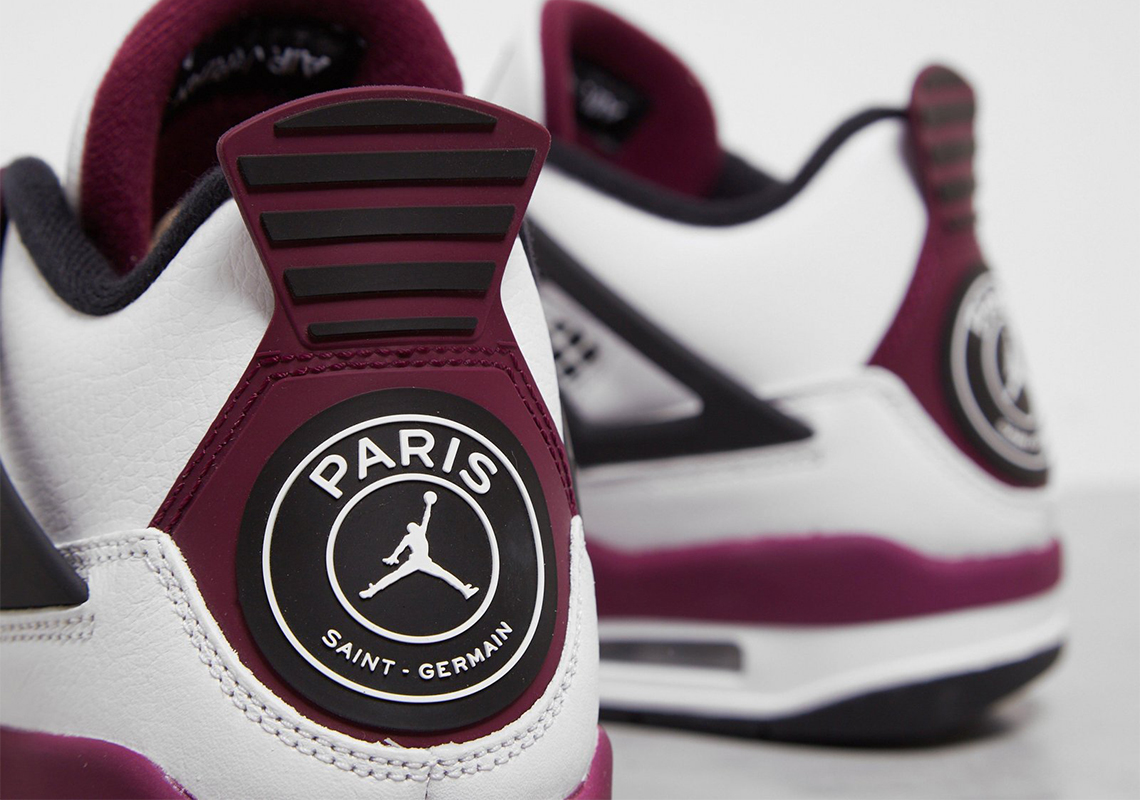 Highlighted in the first half of 2020 with a “Black Cat” refresh and four-pronged “Metallic Pack”, the popular Air Jordan 4 is in preparation to keep its momentum going strong in the second half by adding a few noteworthy collaborations to its portfolio. Among them include it’s highly anticipated “Sail” colorway with Off-White set to debut later this month, a rumored two-part project with UNION LA, as well as a new colorway formed with long-time partners Paris Saint-Germain.

The last mentioned, after being previewed last month, has now just revealed itself in further detail. Rather than make use of the football club’s colors of varsity red and blue seen throughout their last footwear capsule, Jordan Brand decides to modify this Jordan 4 option with somewhat of a similar arrangement to its classic “Fire Red” makeup with its white leather bases and black cages, only the colored accents have been toned down to a bordeaux shading. Of course, it wouldn’t be a proper collaboration without any “PSG” branding, so the heel counters arrive stamped with co-branded logos, and the word “Paname” (surname for Paris) is spelled out along a tiny tab placed atop its forefoot. Scroll further down to peep more images, and be on the lookout for these to drop in men’s and kid’s sizes likely on Nike.com and through select retailers on October 1st.

For other news, the orange Grateful Dead Dunks are dropping exclusively at FTC this Saturday. 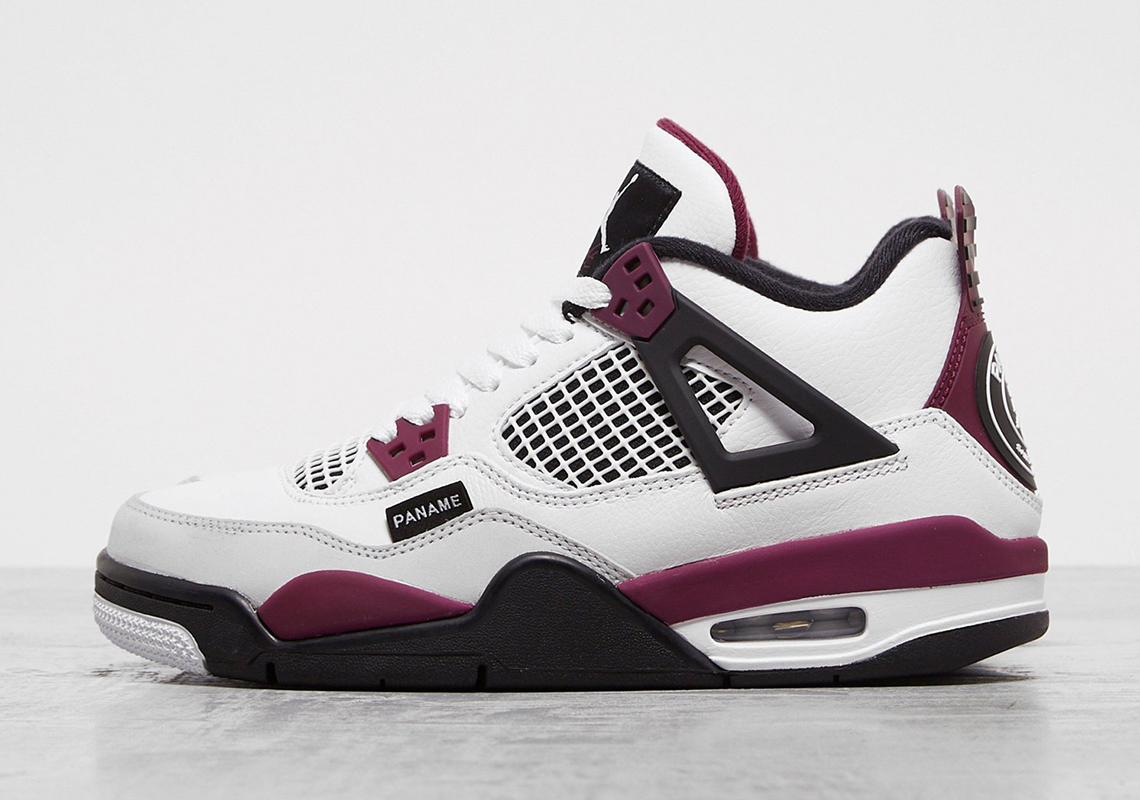 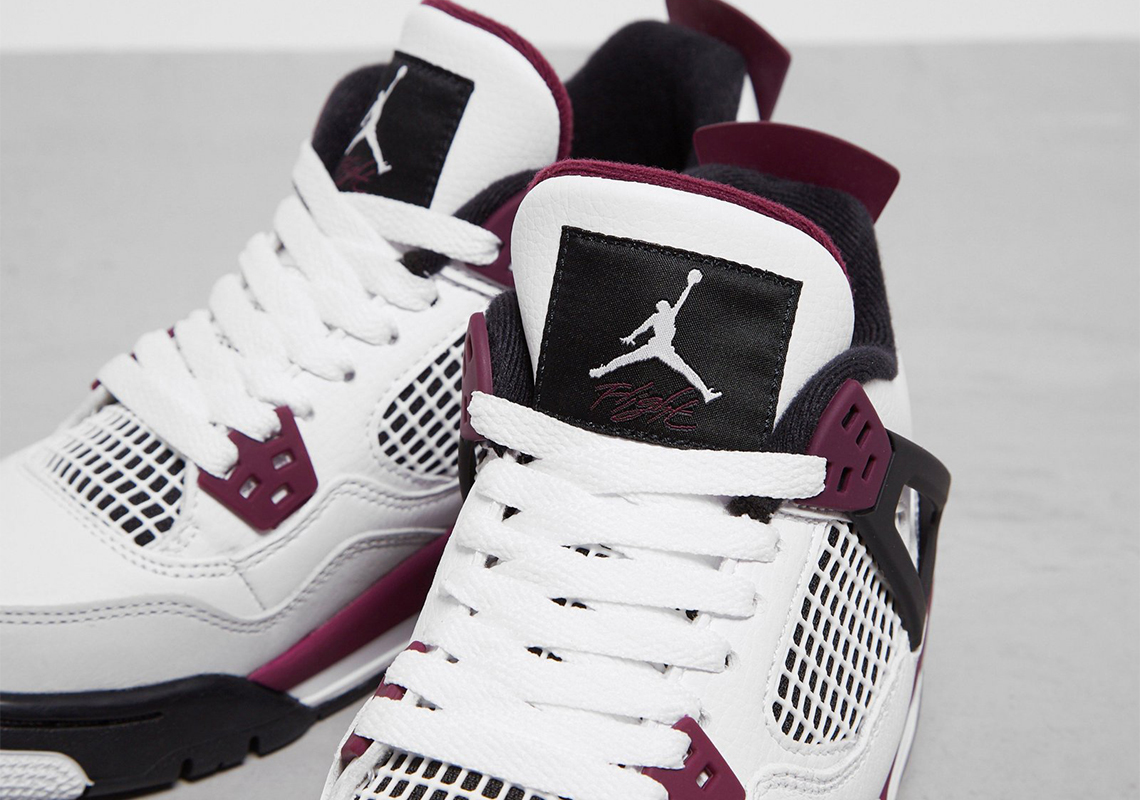 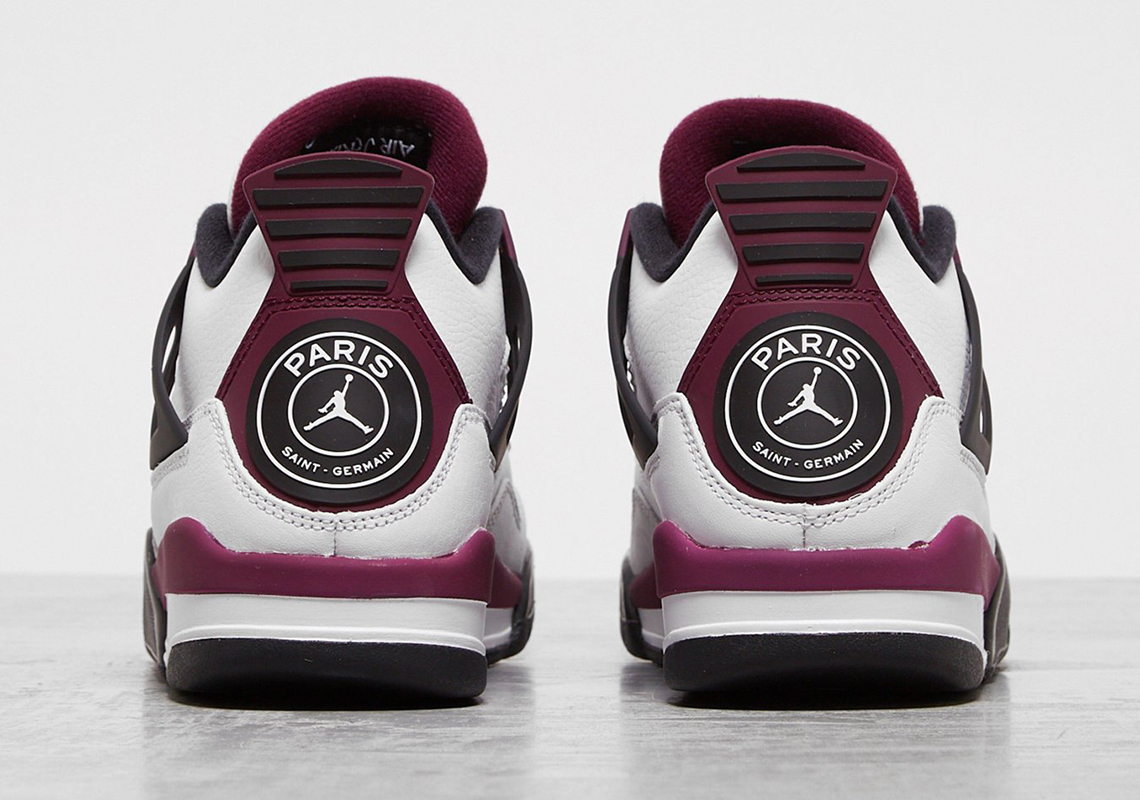 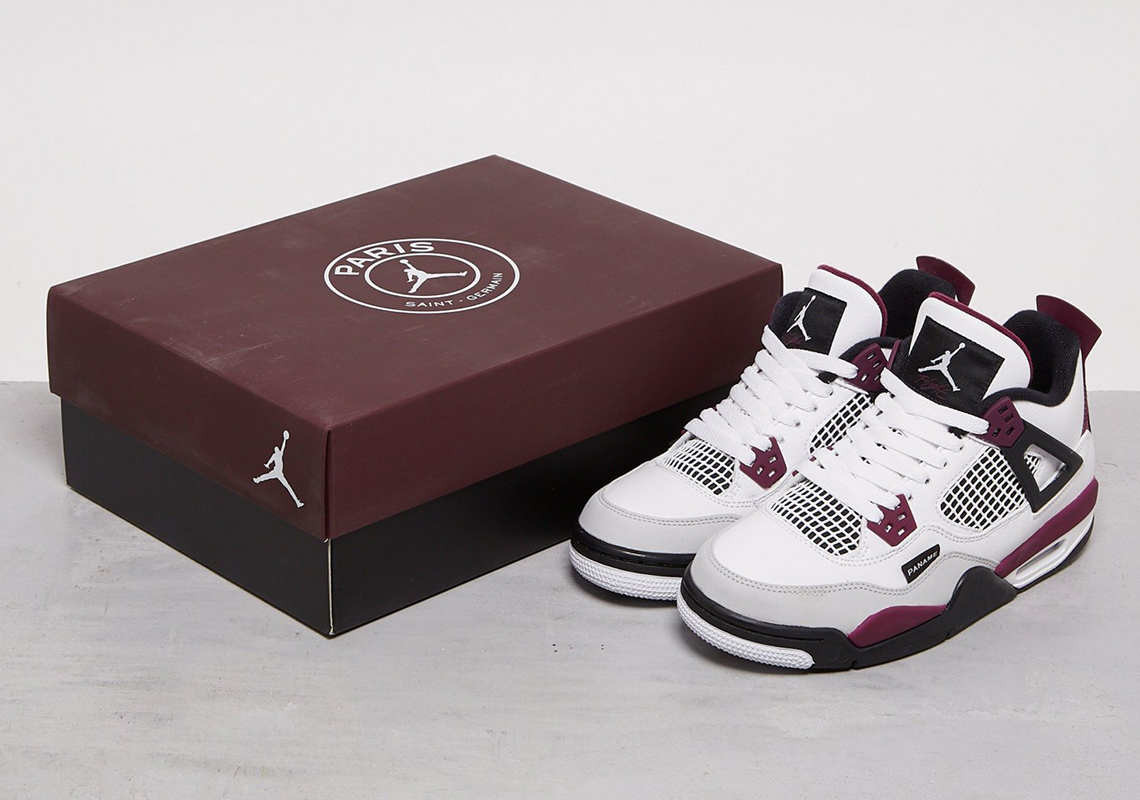