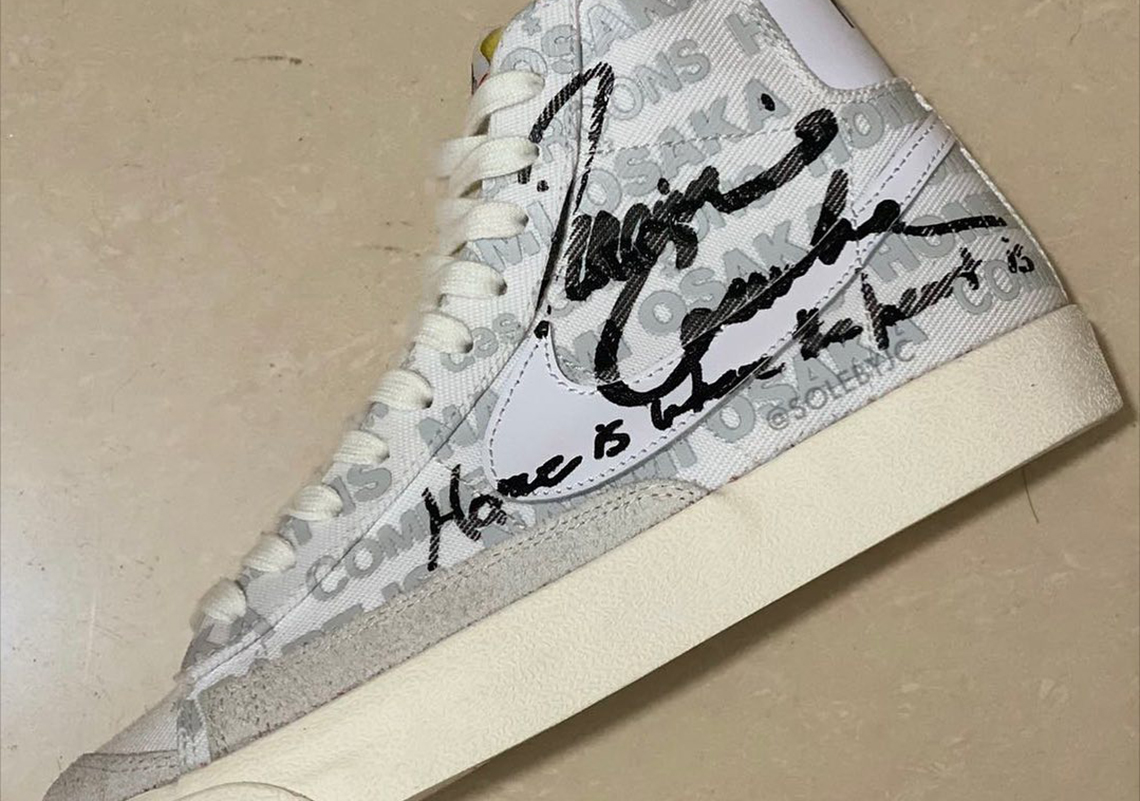 Ranked number 1 by the Women’s Tennis Association, Naomi Osaka is well worth her praise, achieving multiple accolades throughout her already esteemed career. And as one of the first Japanese players to hold top ranking in singles, labels such as COMME des GARCONS and sacai have begun to show an overwhelming amount of support. Now, while a model for Chitose Abe prior, the athlete is showing her design chops as she sprawls the Blazer Mid alongside Rei Kawakubo’s legendary atelier.

Simple in terms of construction, the pair changes little about the vintage silhouette, leaving its paneling as it would stand on a GR. Materials, however, are somewhat distinct as the majority of the upper is fitted with canvas instead of the typical smooth leathers — though the latter is still present by way of the overlaid Swoosh and heel tab. Suede mudguards and toe caps contrast in texture forward, overlaying atop the loud all-over print that spells out “COMME des GARCONS” and “Naomi Osaka” ad infinitum. What’s more, the Osaka even signs her name in boldface, tagging it with “Home is where the heart is” just underneath.

Grab a detailed look at these right here and expect to learn more about their release hopefully soon.

In other news, take a detailed look at the Sail Off-White Air Jordan 5. 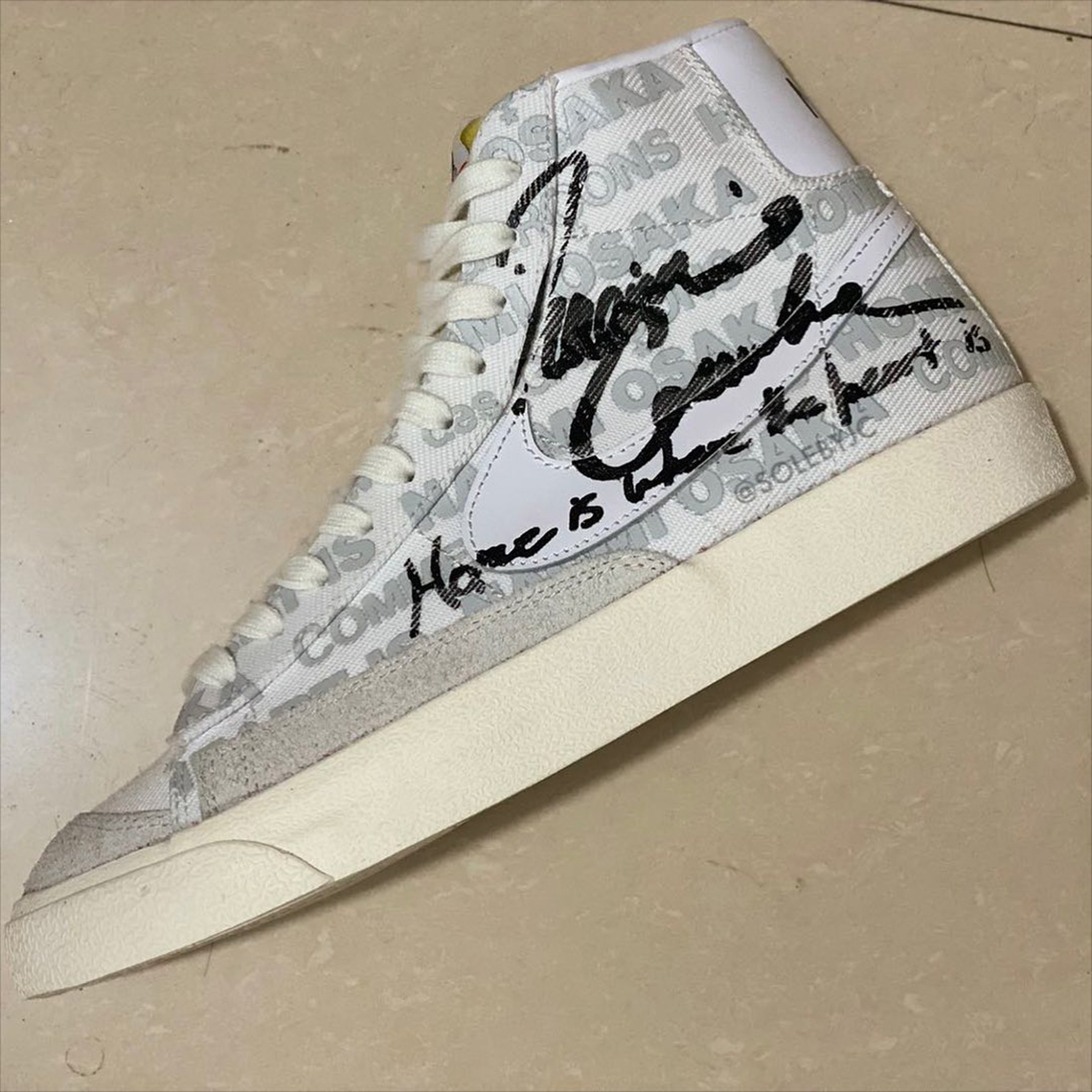