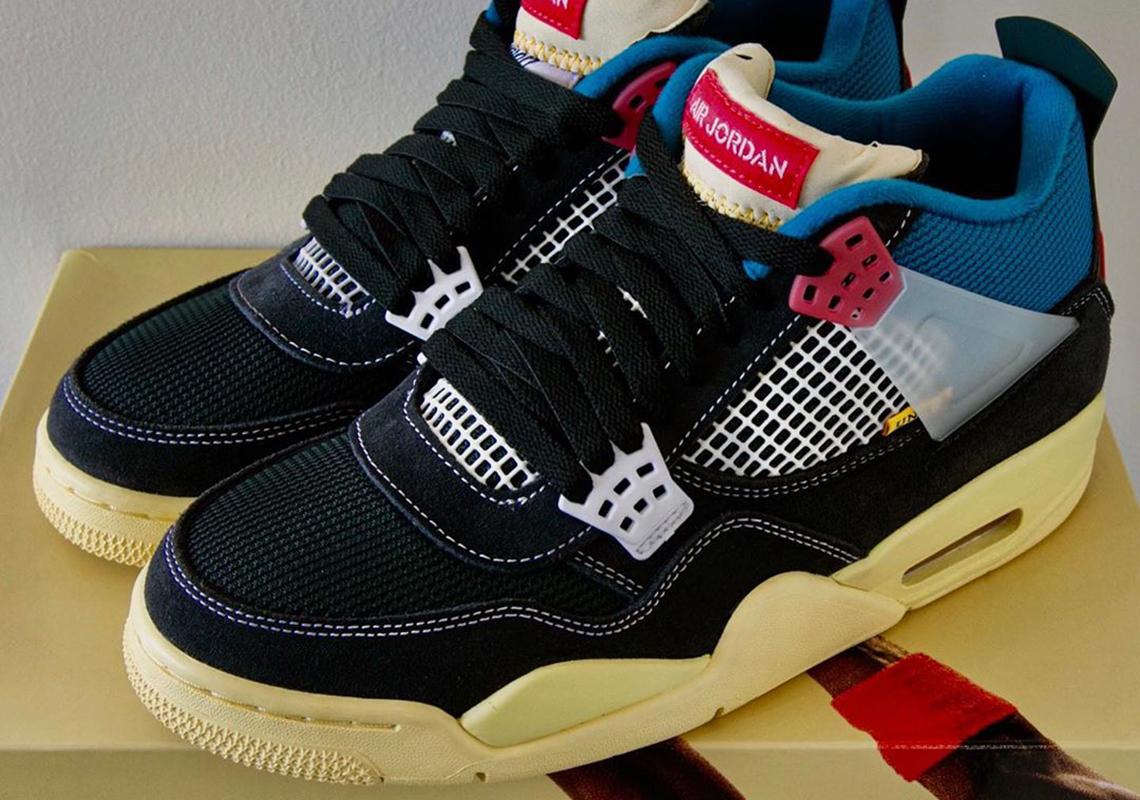 After crafting what has become one of the best Air Jordan 1s in recent memory, Chris Gibbs and his West Coast boutique UNION LA were relatively quiet about their next project, only going on to tease simple word of an Air Jordan 4 via social media. And now, as leaks today would suggest, the collaboration is finally coming to fruition as first looks of the silhouette are beginning to surface.

Design-wise, the pair ostensibly emulates the aforementioned AJ1 through color alone as the overt stitching and vintage pilling are appropriately abandoned. Soles, however, do add a noticeable touch of yellow that — while also retro in aesthetic — matches the fabrication on the tongue. Elsewhere, the forefoot is wrapped in dark navy; the overlays a suede loosely reminiscent of denim and the toe a thickly wound mesh. Cages accent at the vamp and side profile in bright white, working in tandem with the frontward eye stay molds whose higher complement prefers a dark red, almost burgundy-like shade. This tone then works its way to the “AIR JORDAN” patch whose appearance is relatively rare as it would ordinarily sit on the inside tongue.

Grab a detailed look at these here complete with the box and commemorative hang tag and sit tight for further word as they’re rumored to be arriving soon in August.

In other news, the Off-White Jordan 4 releases tomorrow. 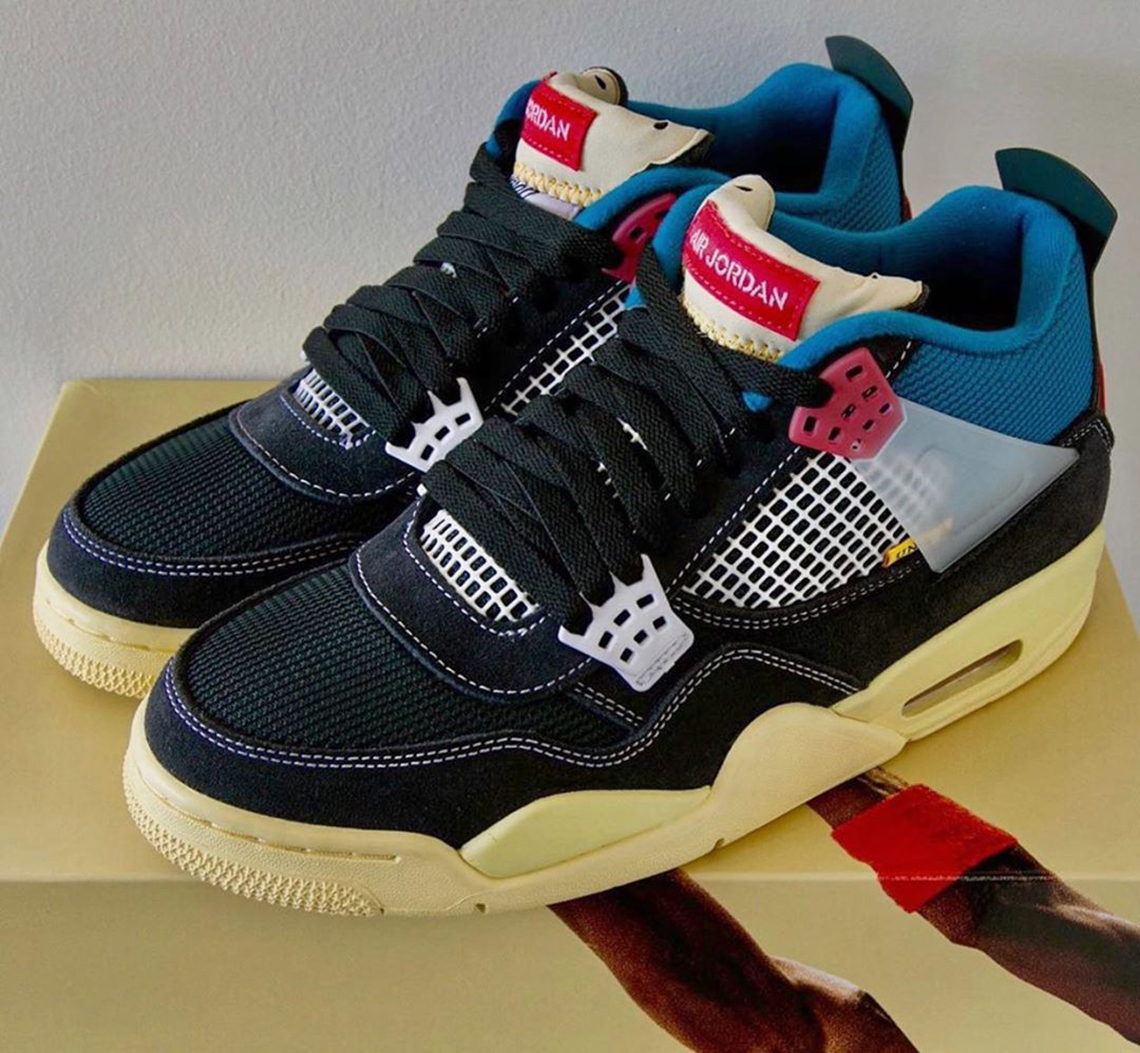 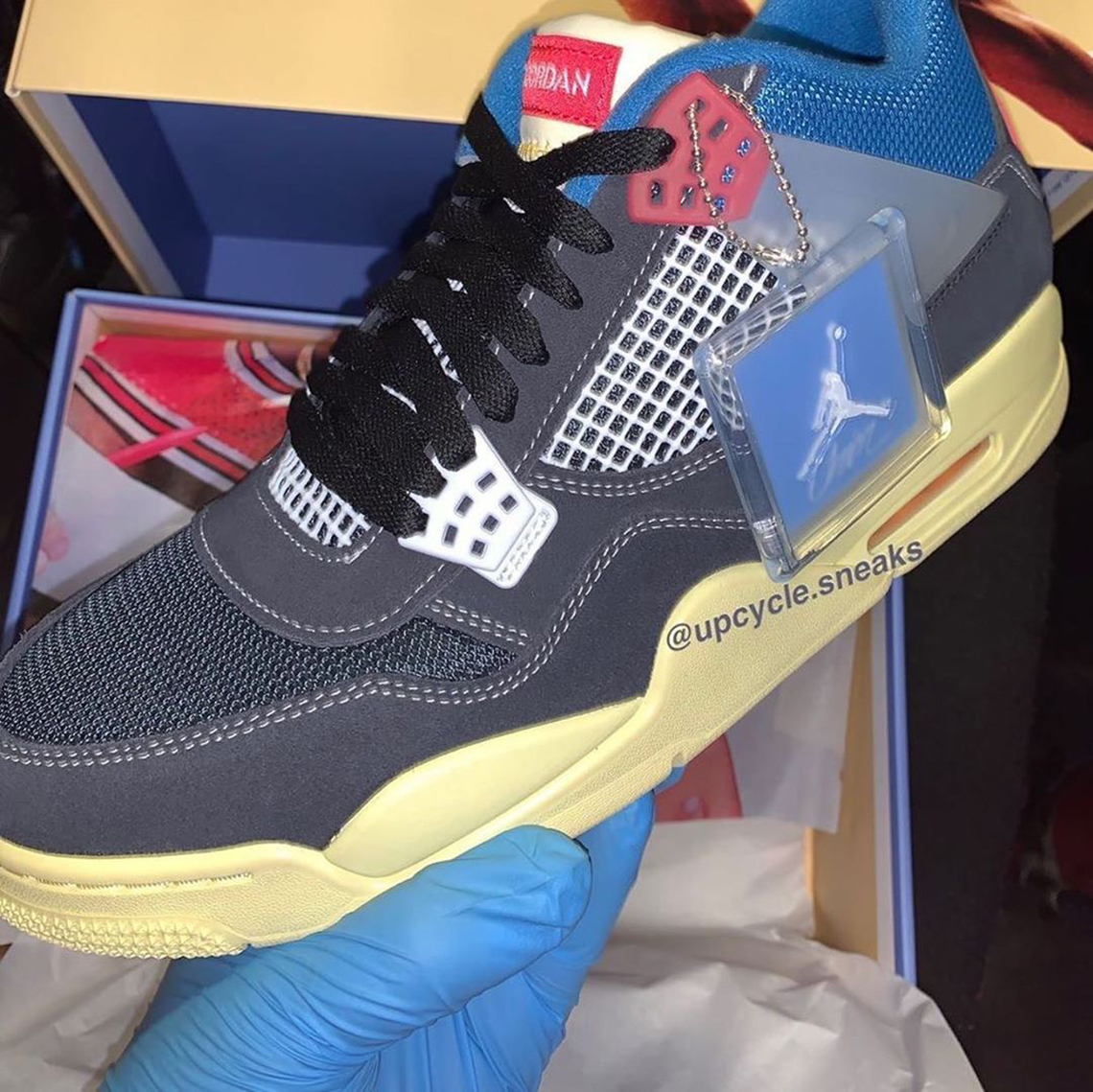 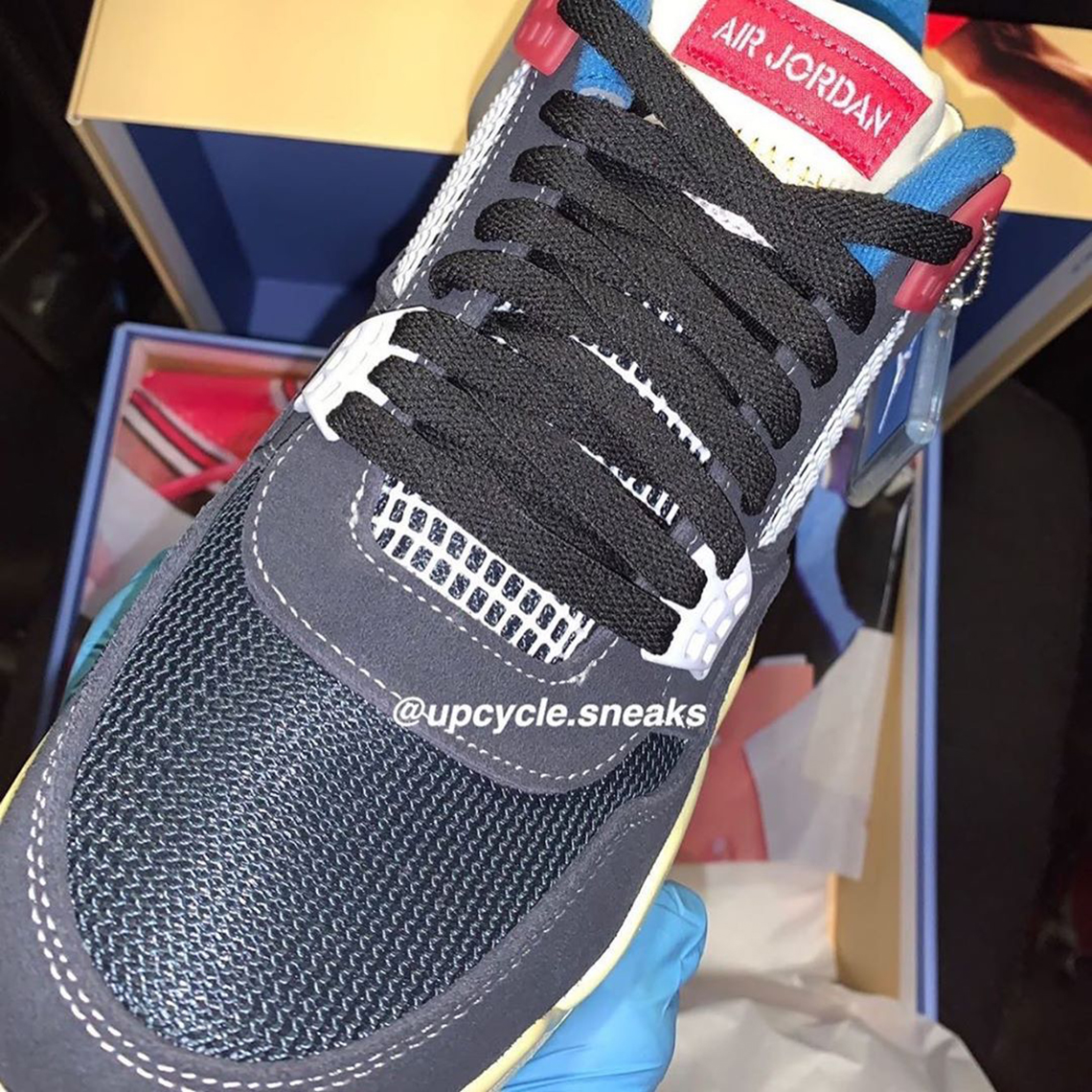 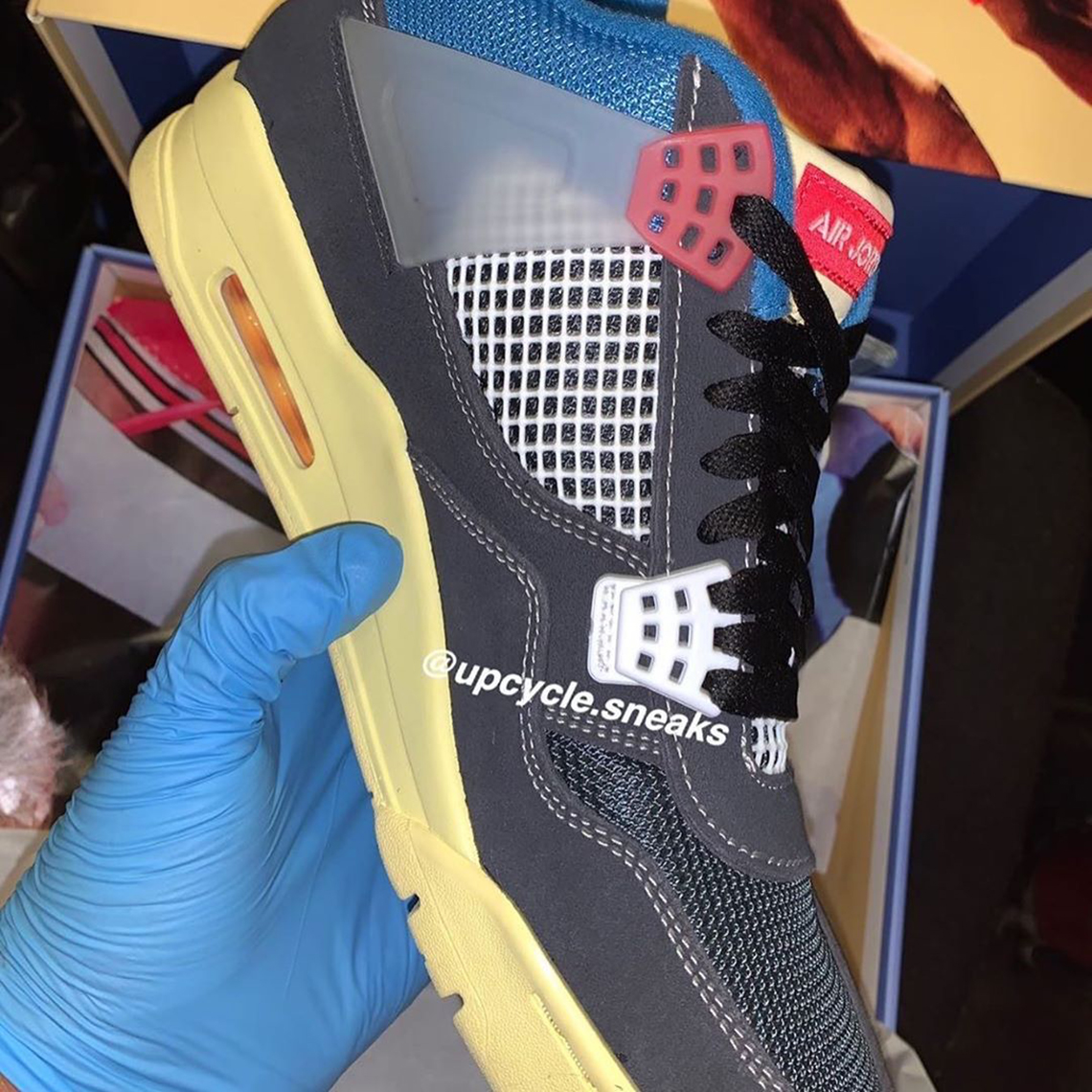 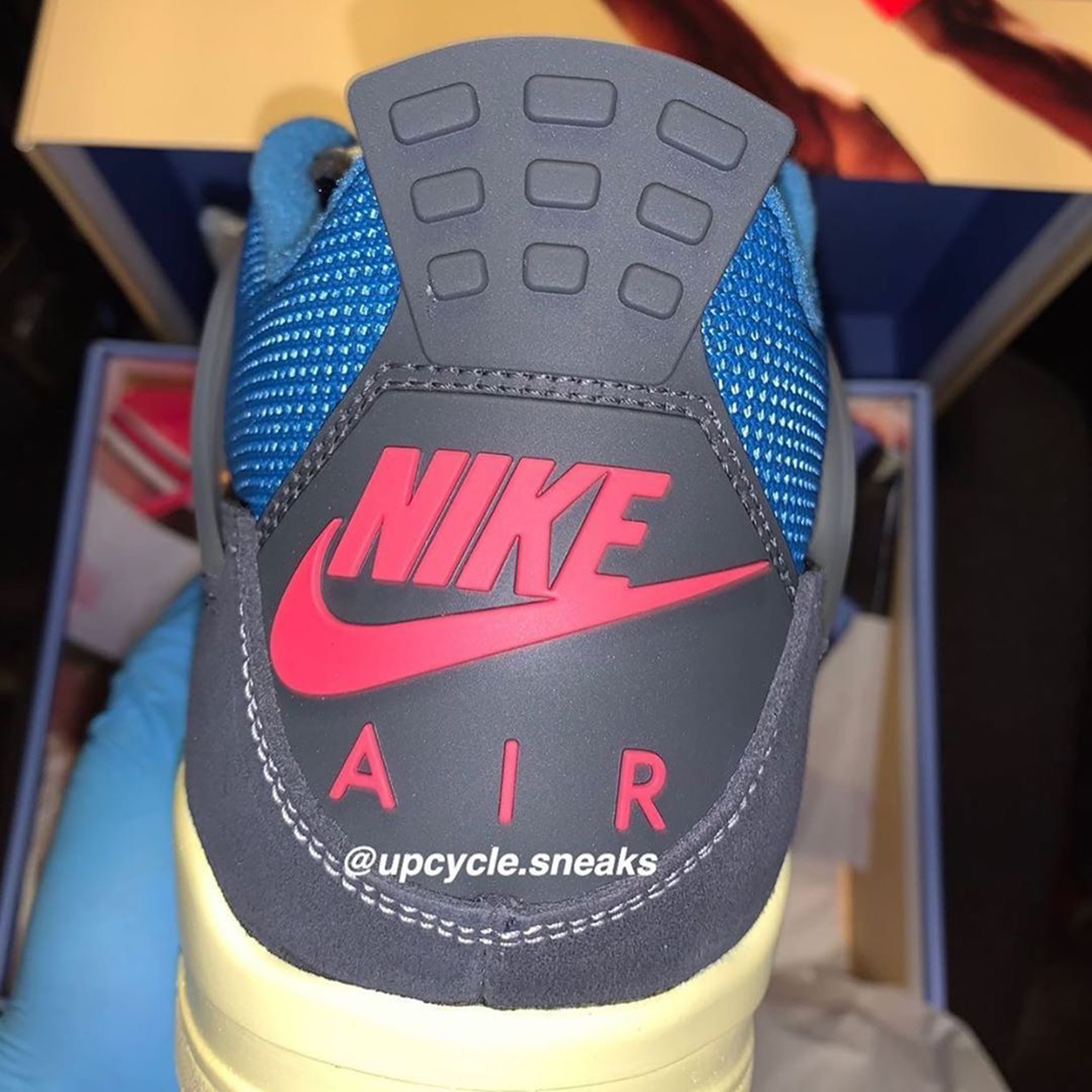 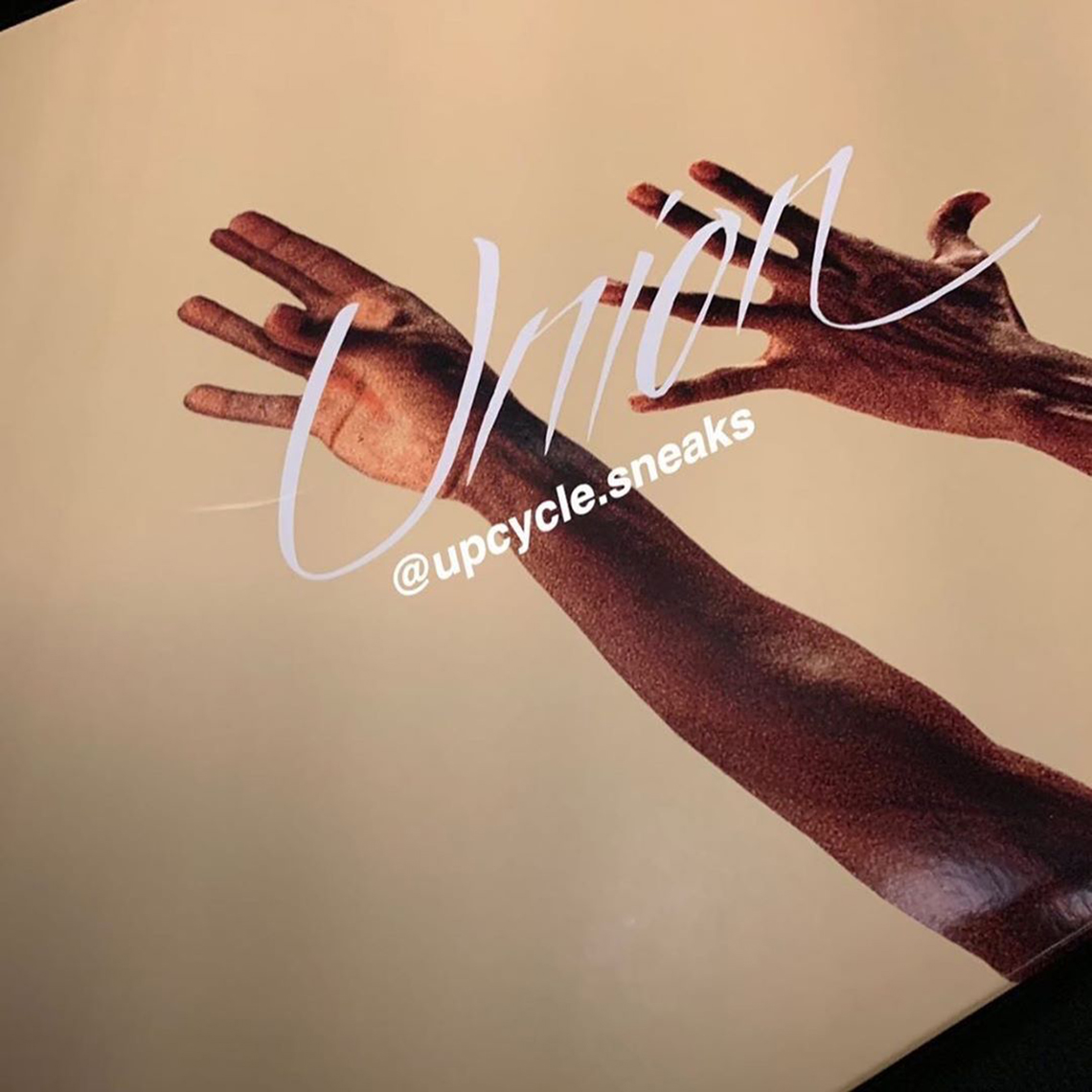