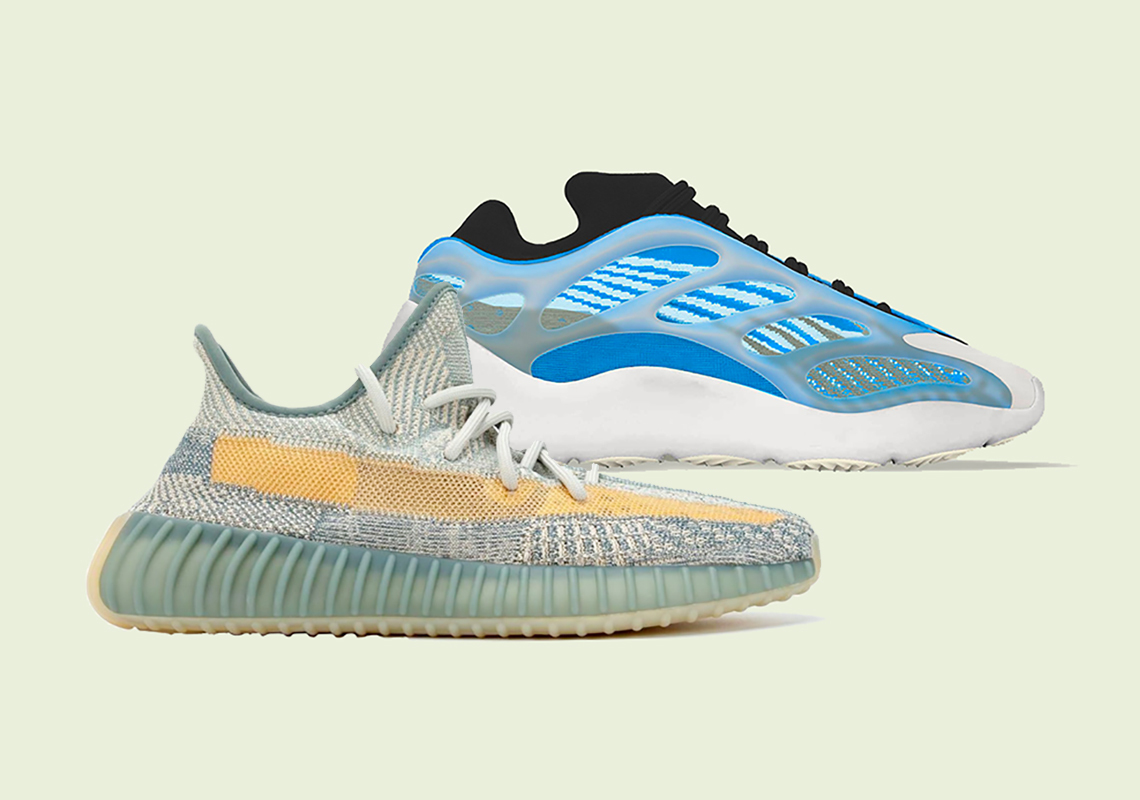 Though usually heavy handed with their releases, adidas Yeezy is now beginning to show a bit of restraint as their releases continue to slow further down in terms of cadence. August, just as the months before it, is only poised to launch two standouts, one a somewhat vibrant Yeezy Boost 350 v2 and the other a similarly toned Yeezy 700 v3.

The former, which is set to arrive first though only by about a week, delivers the imprint’s flagship silhouette with what an arrangement dubbed “Israfil.” Instead of relying on earth tones once again, the Primeknit upper is coated in a pale blue, one that complements the darker tint that dresses the midsole as well as the lining. Side stripes then brandish the profile in a saturated yellow, near mirroring the embedded piece found along the tread. Expect these to see a release on August 22nd at a price tag of $220 USD.

Then, the Yeezy 700 v3 “Azareth” is prepared to expand the model’s small though noteworthy roster of colorways, delivering a lighter scheme that departs from the brand’s typical Autumnal approach. Saturated blues run replete throughout the upper’s dye, contrasting the colorless yet see-through molds all around as well as the true white oversized tooling below. Shaped threading then stands apart by way of their brighter hue, adding further dimension alongside the entirely blacked out lace unit. The “Azareth” will release on August 29th at $200 USD.

Grab a detailed look at both of these right here, and on their respective dates, expect to see a release at both adidas.com as well as a select batch of retailers.

In other news, an Iridescent NMD R1 is in the works. 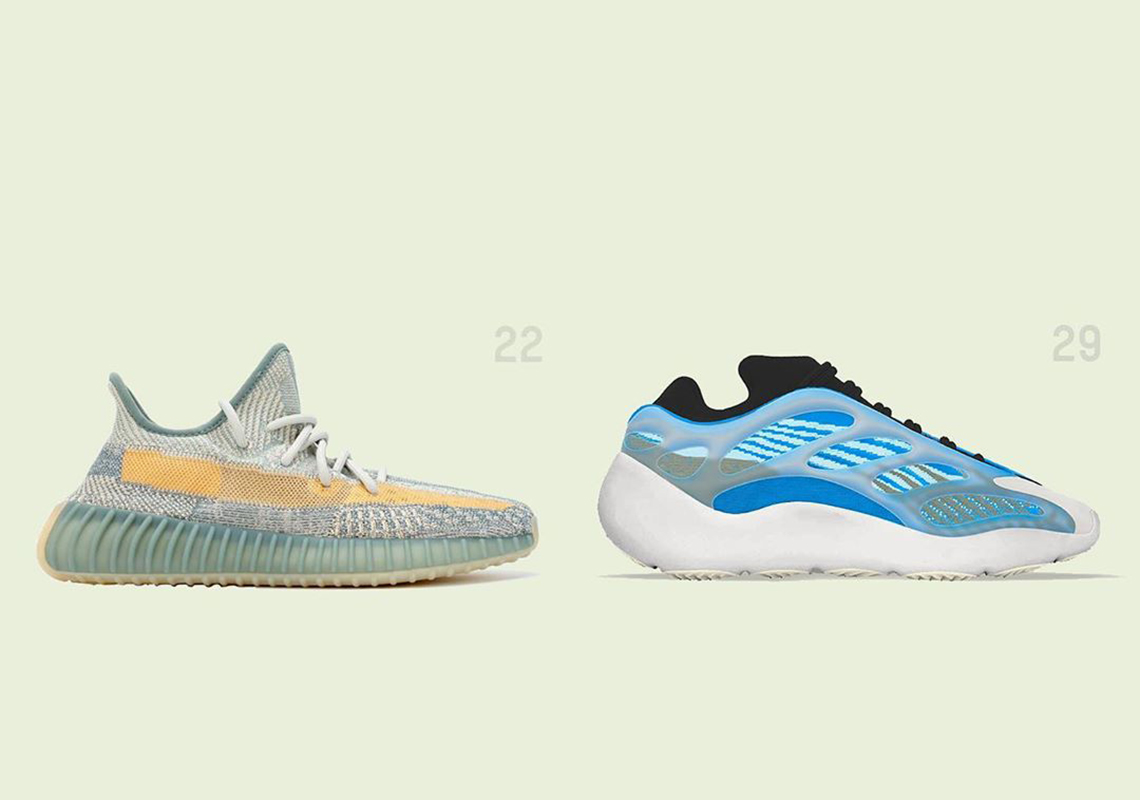 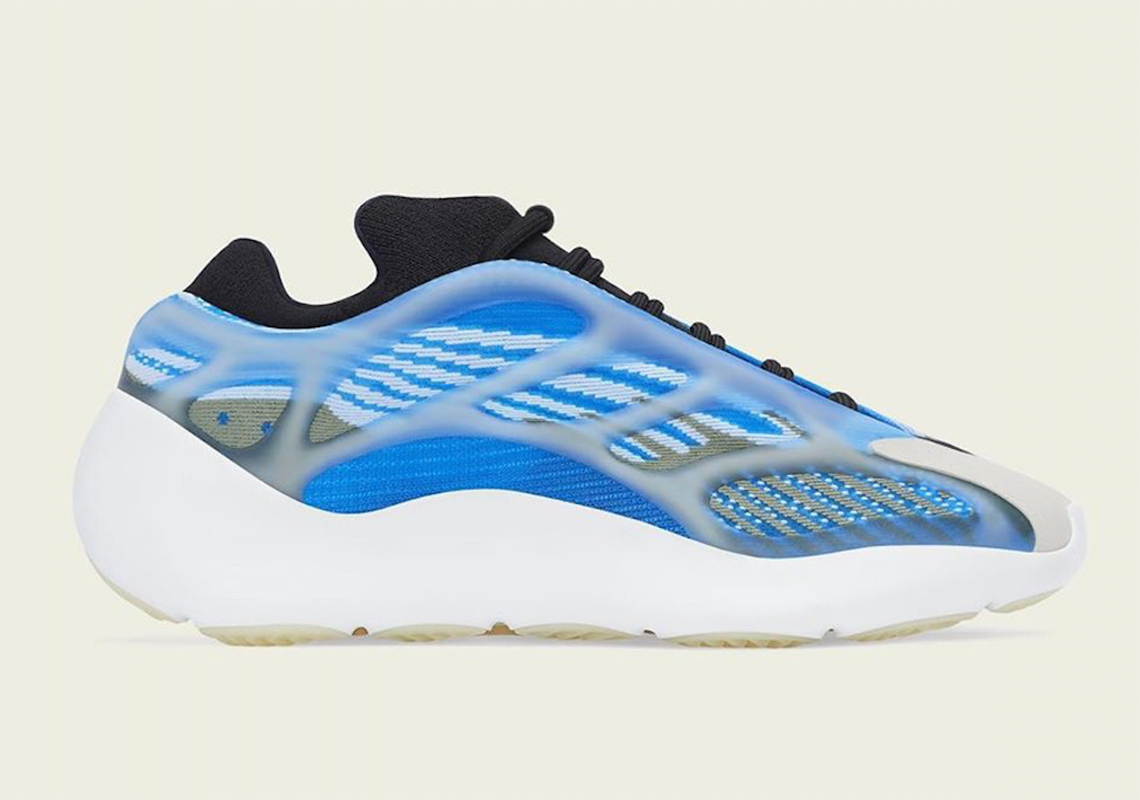 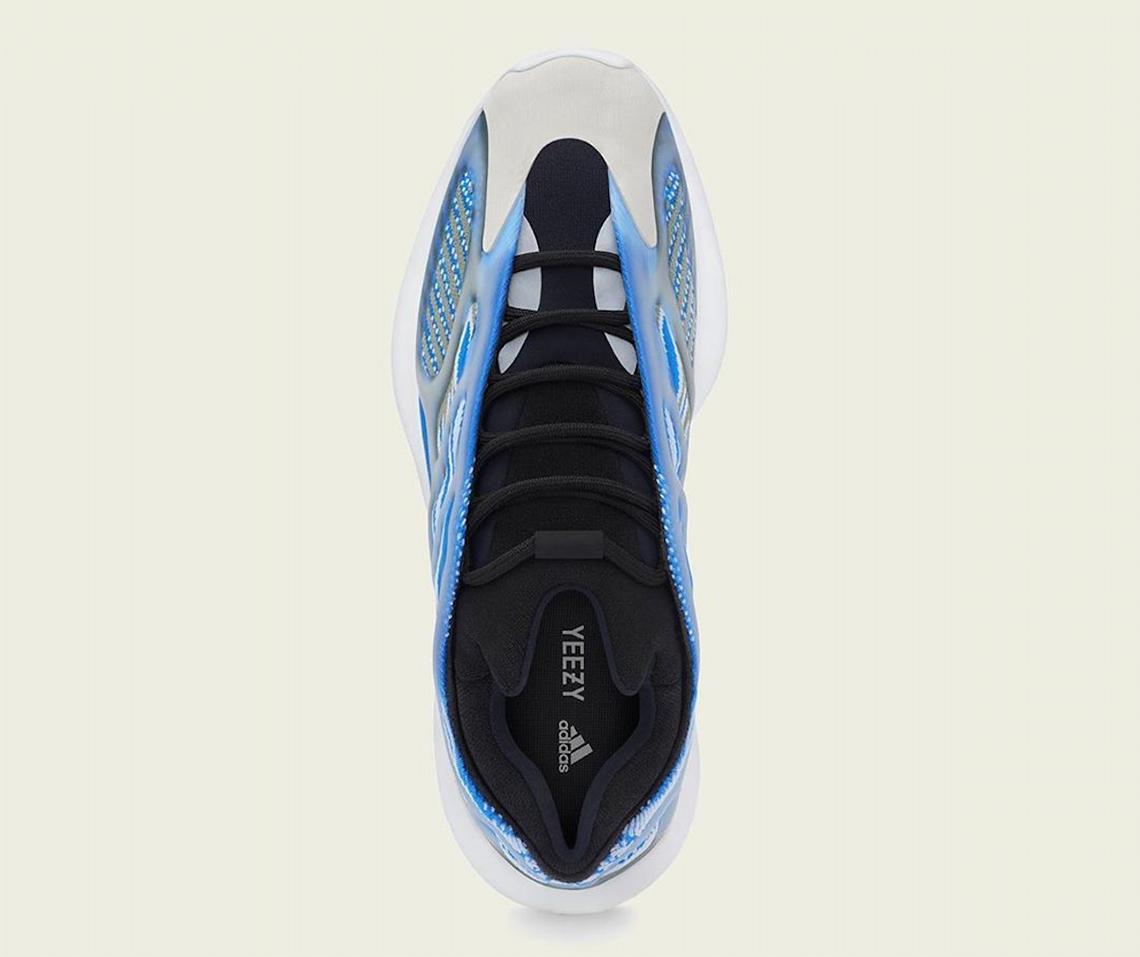 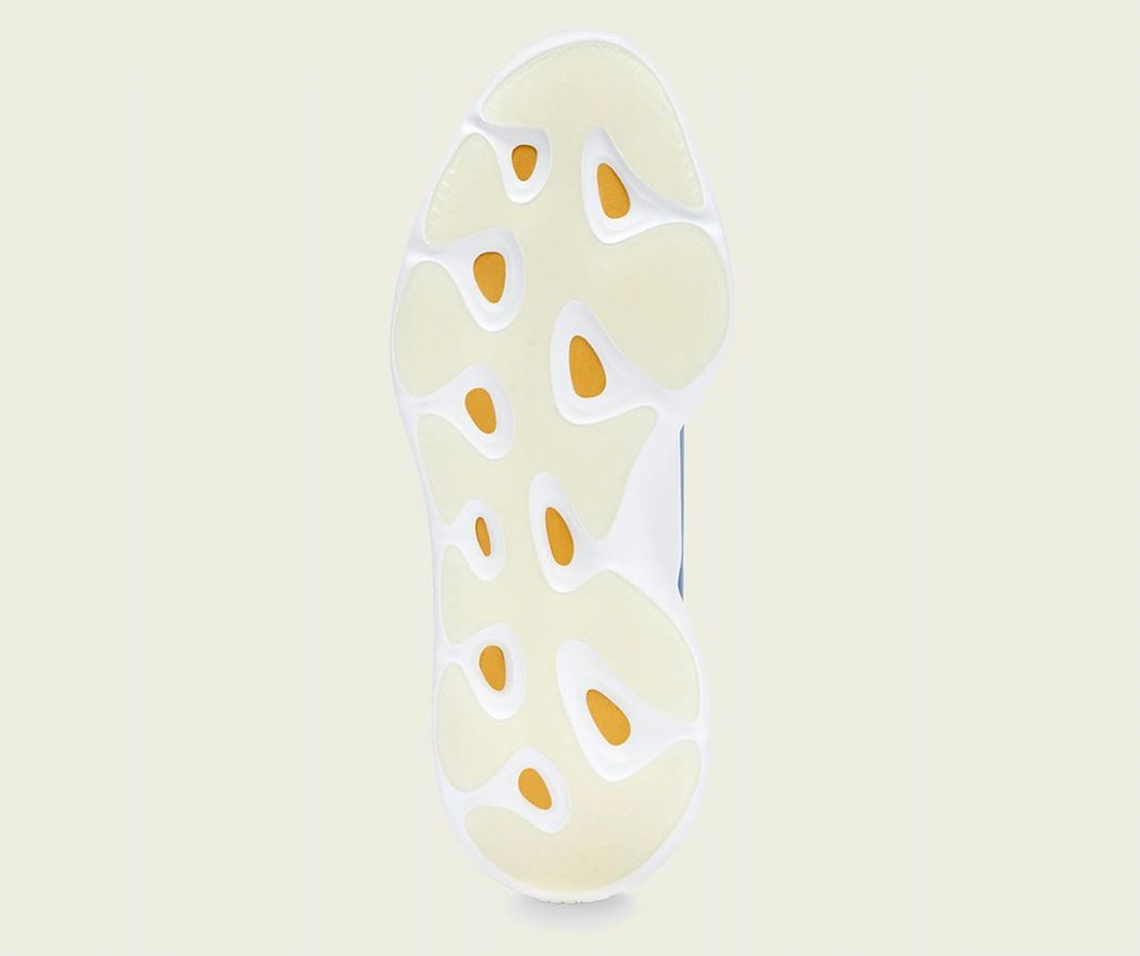