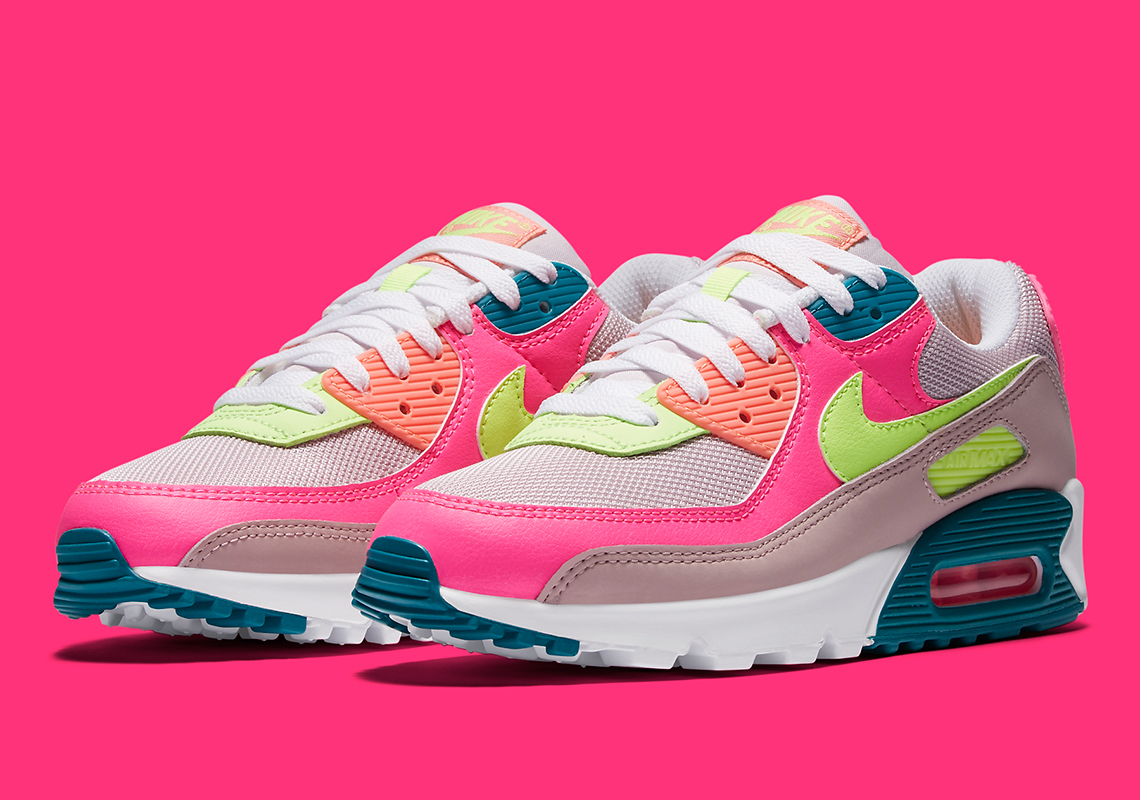 Throughout this current year, Nike has made it pretty much impossible for the sneaker community to ignore the Air Max 90 as they’ve rolled it out in many a colorway. Some have included honors to the past such as the AM 90 “Laser Blue”, while most have been modernized interpretations such as the upcoming “Infrared Blend” and “Violet Blend” variations slated to arrive next week. In line with the latter, a new rendition is revealing itself to the world and it’s one that is suggestive of a Summer-appropriate color scheme.

While lead by a hue that falls somewhere between nude and pink that comprises its mesh base and mudguards, it’s the ensemble of vibrant neon accents here that take over. Between its pink overlays/heels, volt Swooshes/mid-foot windows, and dark teal molds atop the midsole and near the ankle, it almost feels as if they ripped these tones right from the Swoosh’s ACG signature color catalog. Check out an in-depth look here, and expect these to land on Nike.com and through select retailers soon.

For other news, the Nike Dunk Low Samba is receiving an early drop on 8/12 at e-commerce retailer Sneakers Delight. 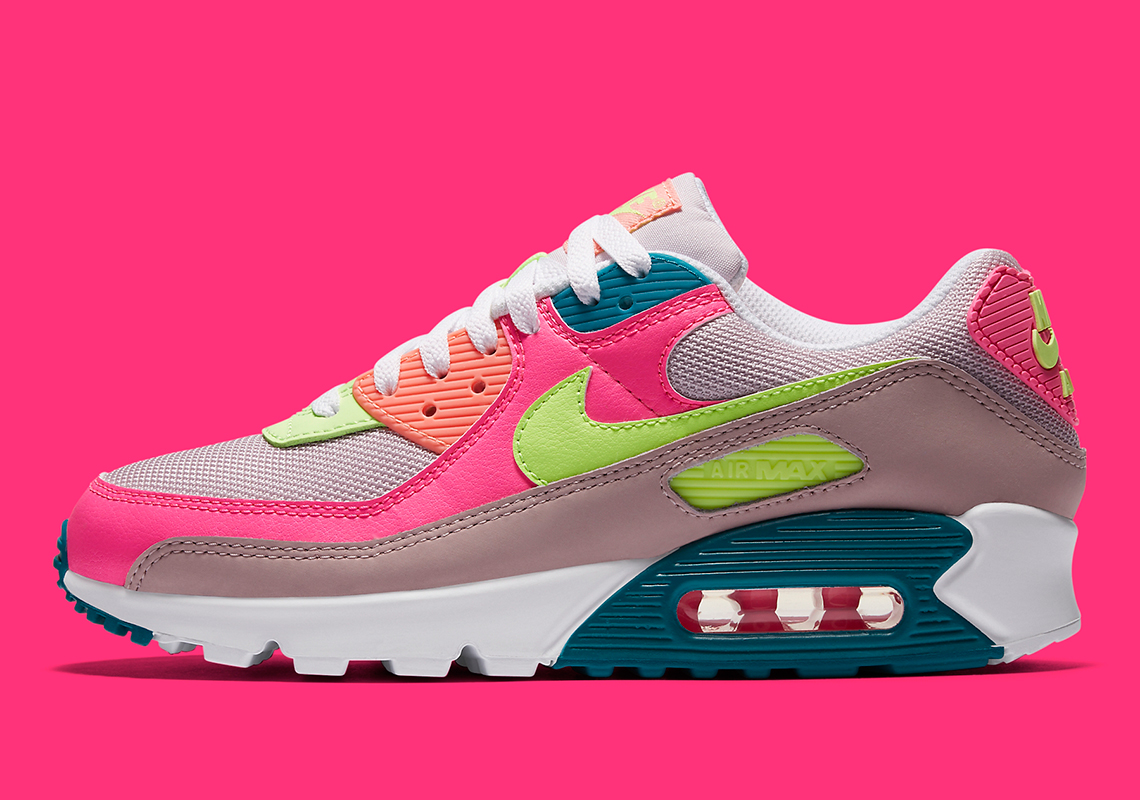 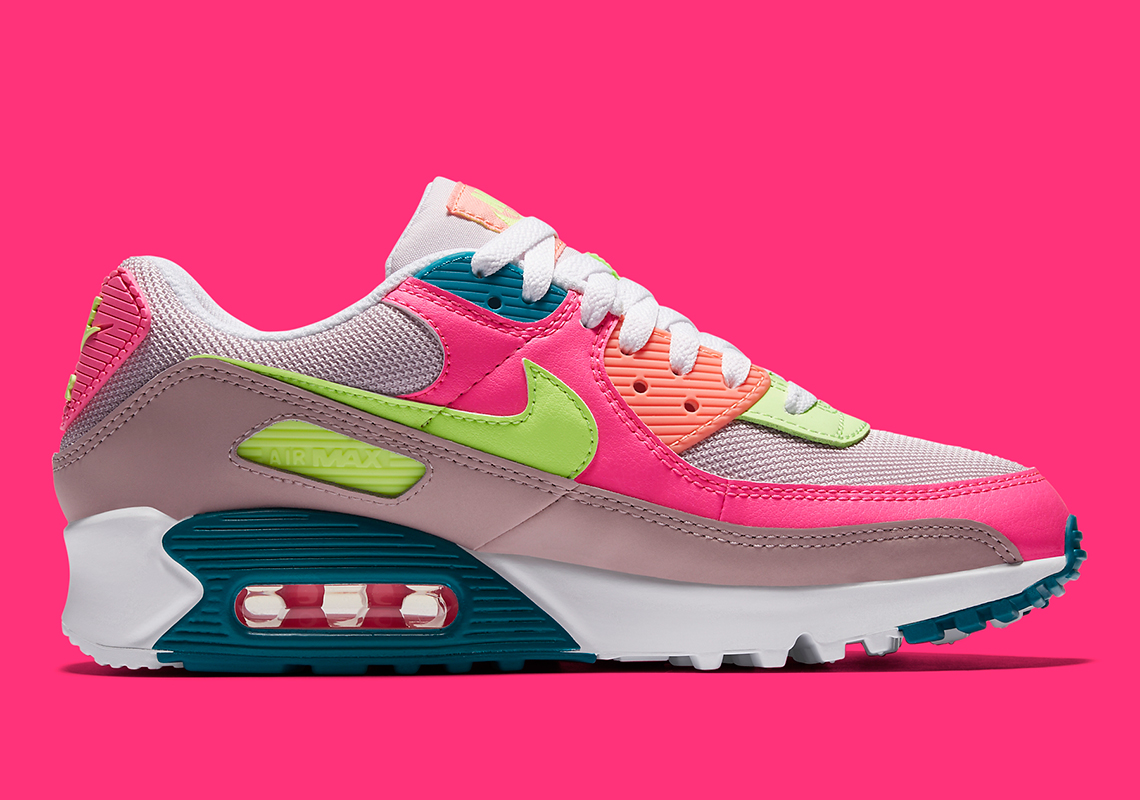 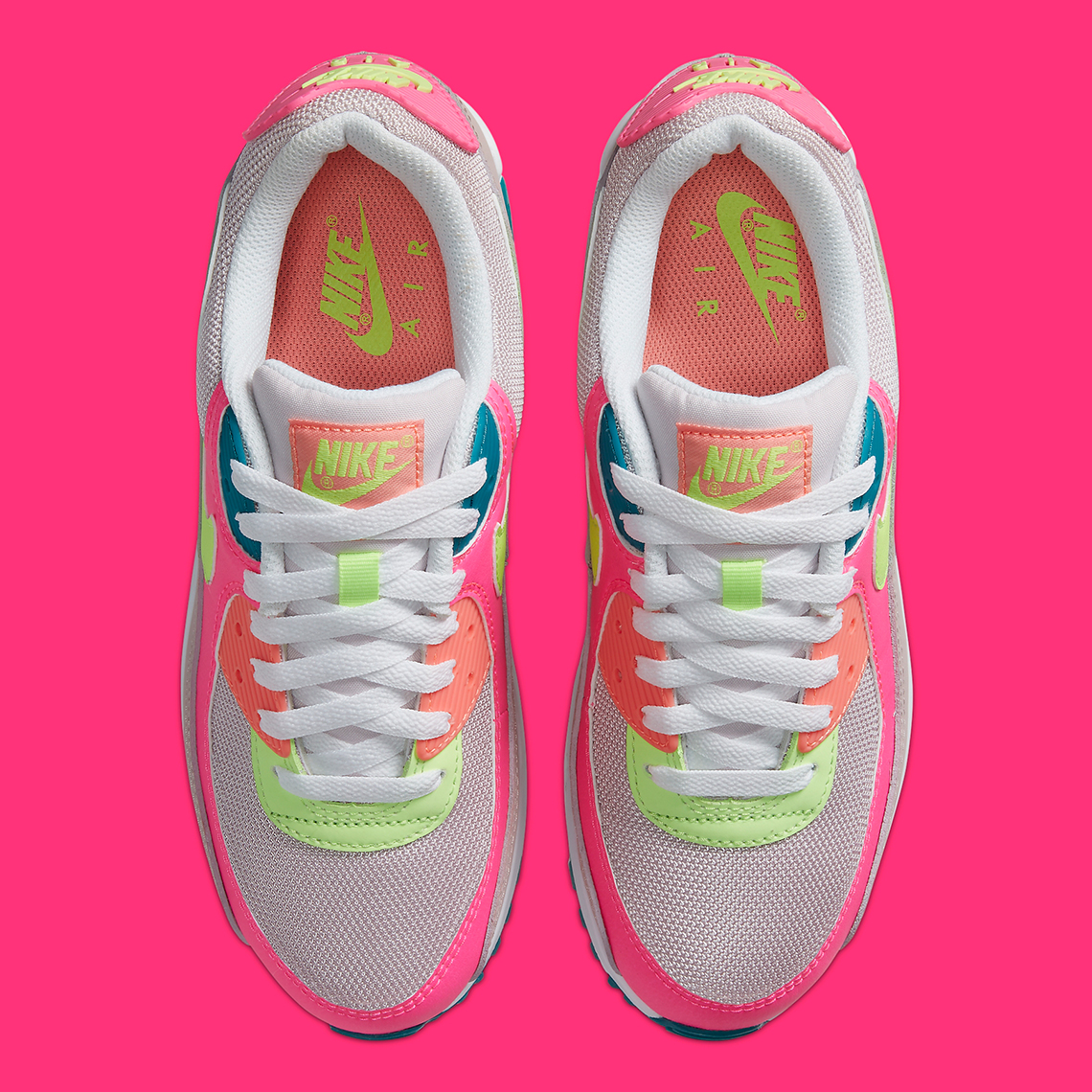 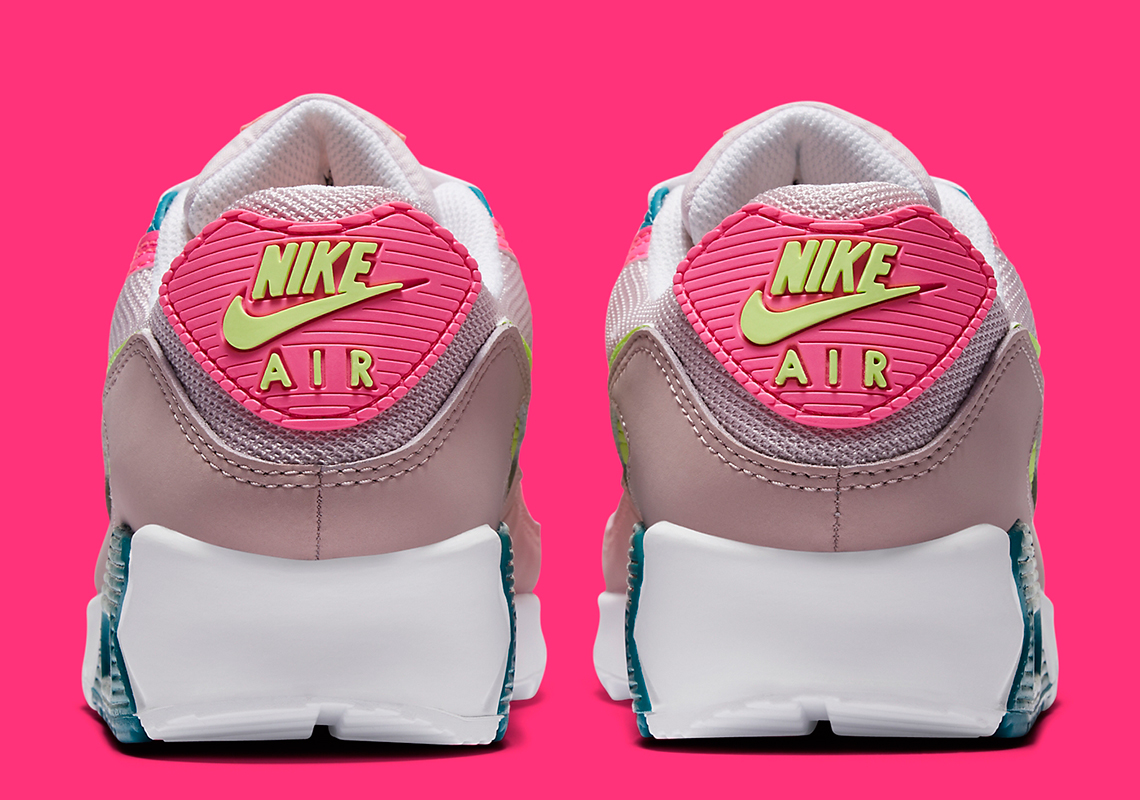 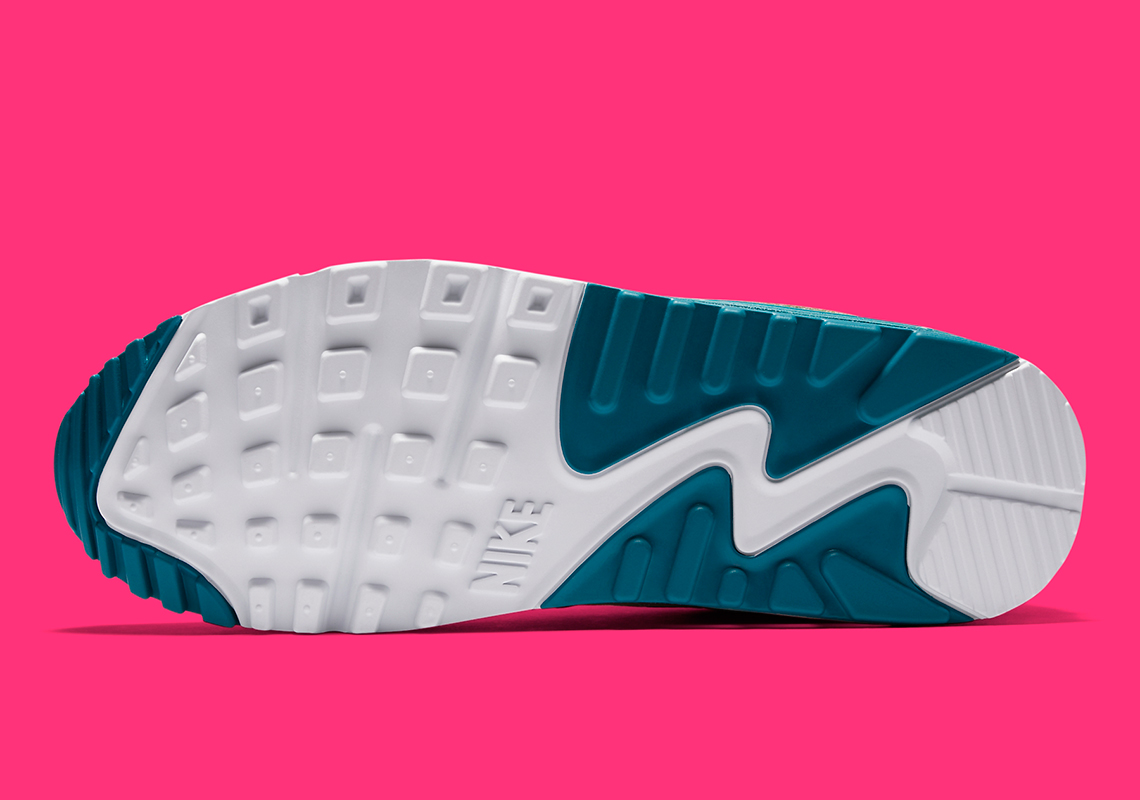 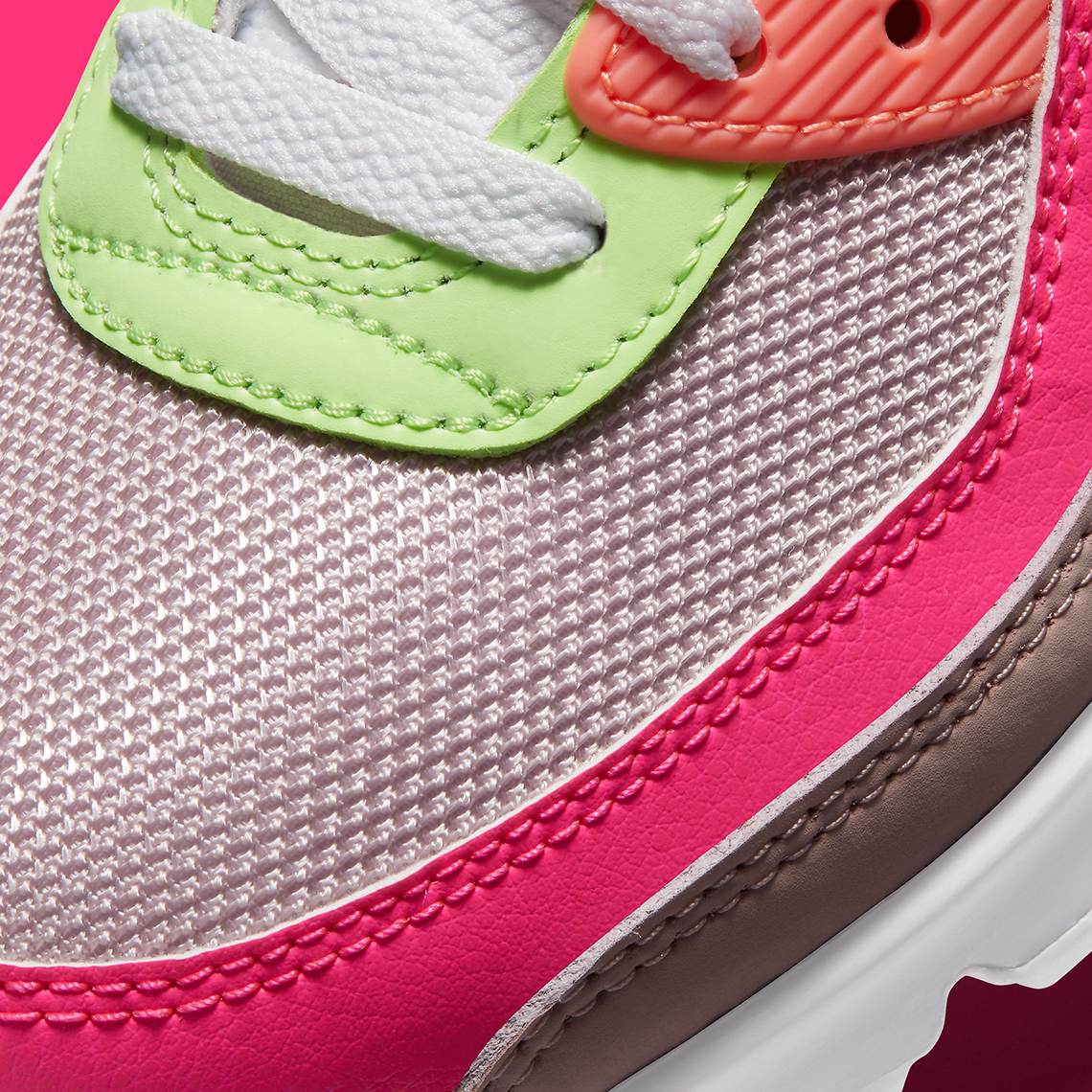 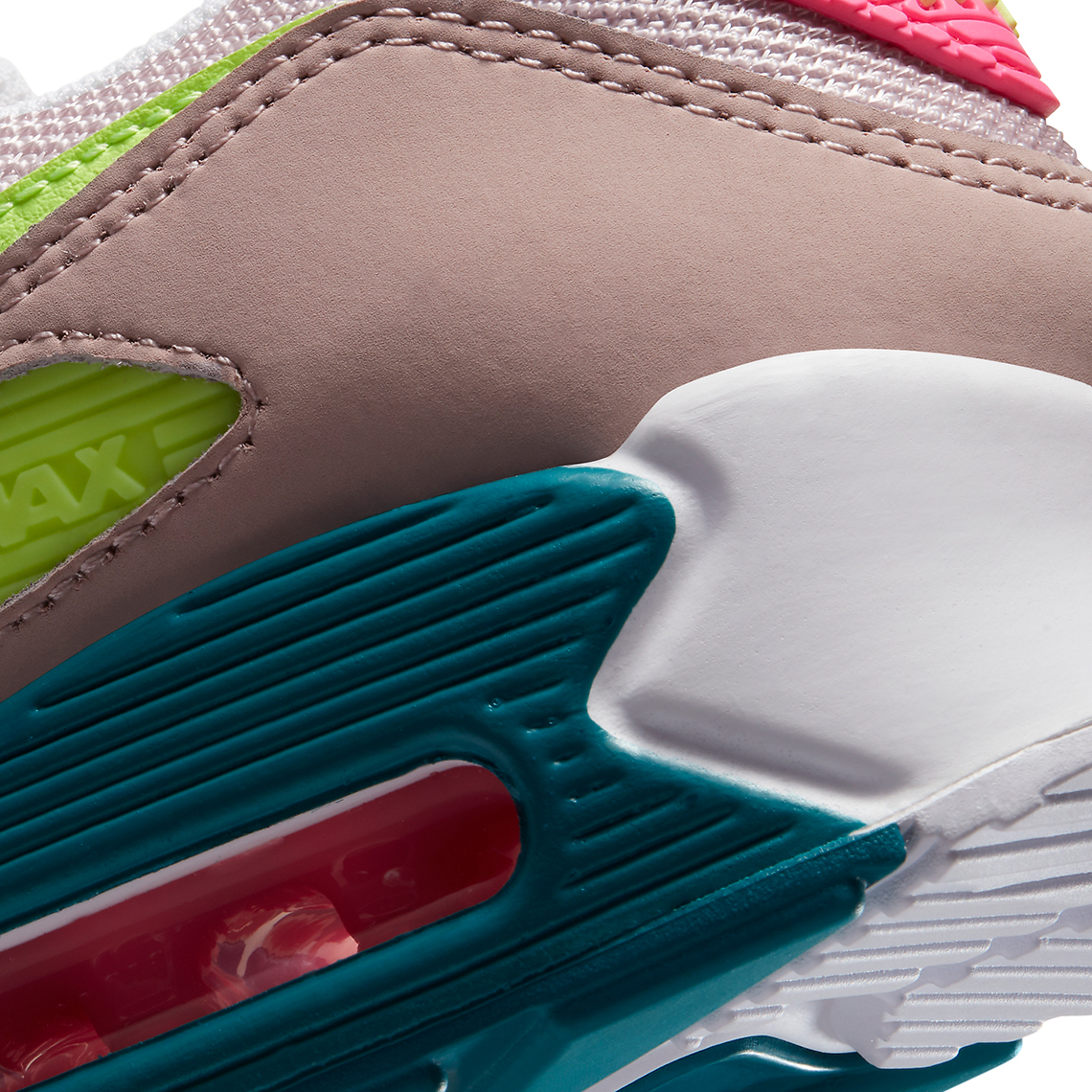