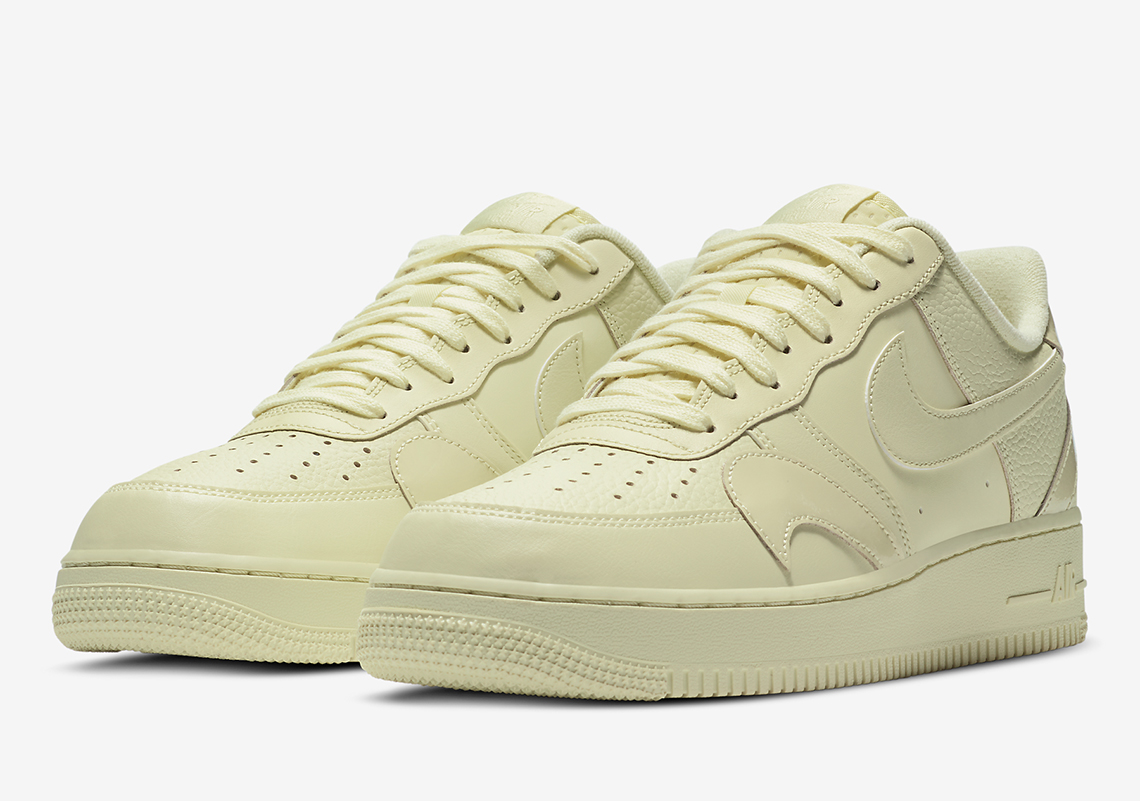 Clad in a number of additional checks, the Air Force 1 has continued to pay homage to older releases — namely its partnership with John Geiger — through an ever-growing roster of colorways. From white to black base, the silhouette seems to now be undergoing an entirely tonal transformation as both its multiplied logos and uppers are masked in a neutral “Butter Cream.”

Despite every accent being hued in the same color, the pair does deliver some distinction from part to part. Toe caps, eye stays, and mid-panels are structured smooth across their entire leather fixtures, while certain pieces adjacent are given a more aggressive tumbling. The latter treatment can be seen on the toe cap as well as the heel counter in different degrees, while the swooshes misplaced above contrast as they better match the aforementioned textures. Elsewhere, tongues bear a synthetic fabric detailed with various perforations, a small departure from the rest of the more robust constructions.

Grab a detailed look at these here and sit tight for an upcoming Nike.com release.

In other news, take a detailed look at the Air Jordan 1 CO.JP Midnight Navy. 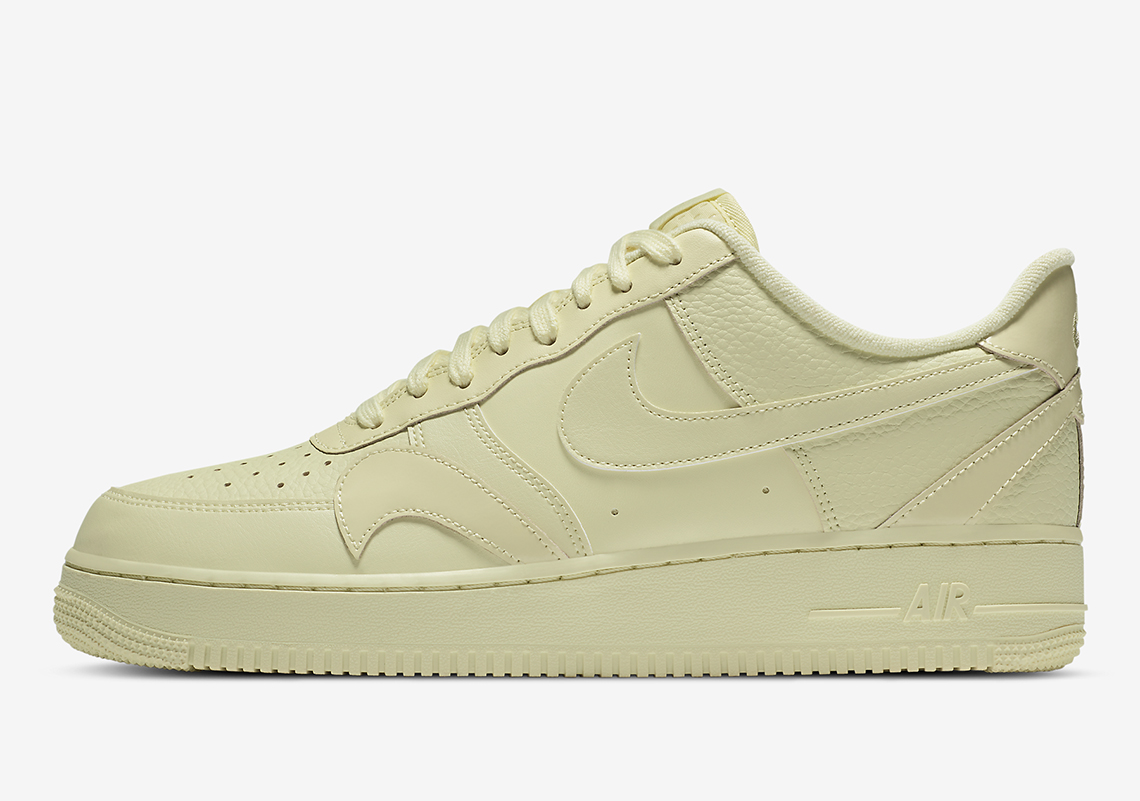 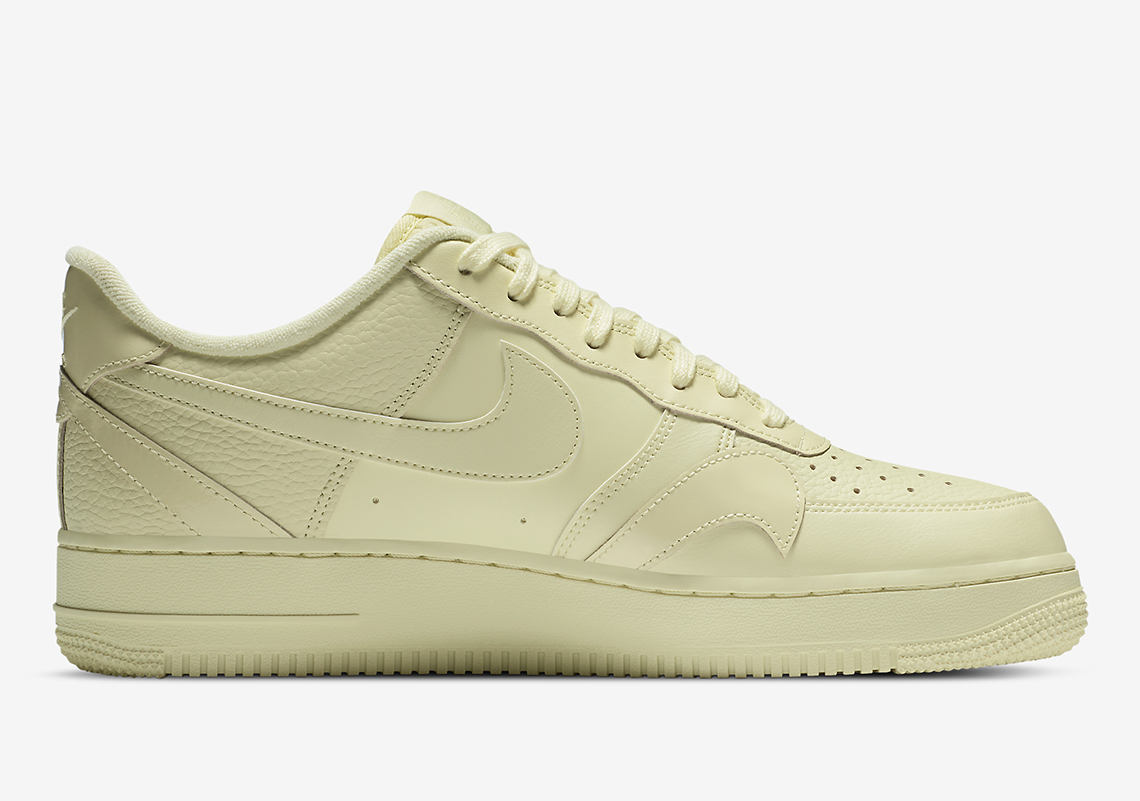 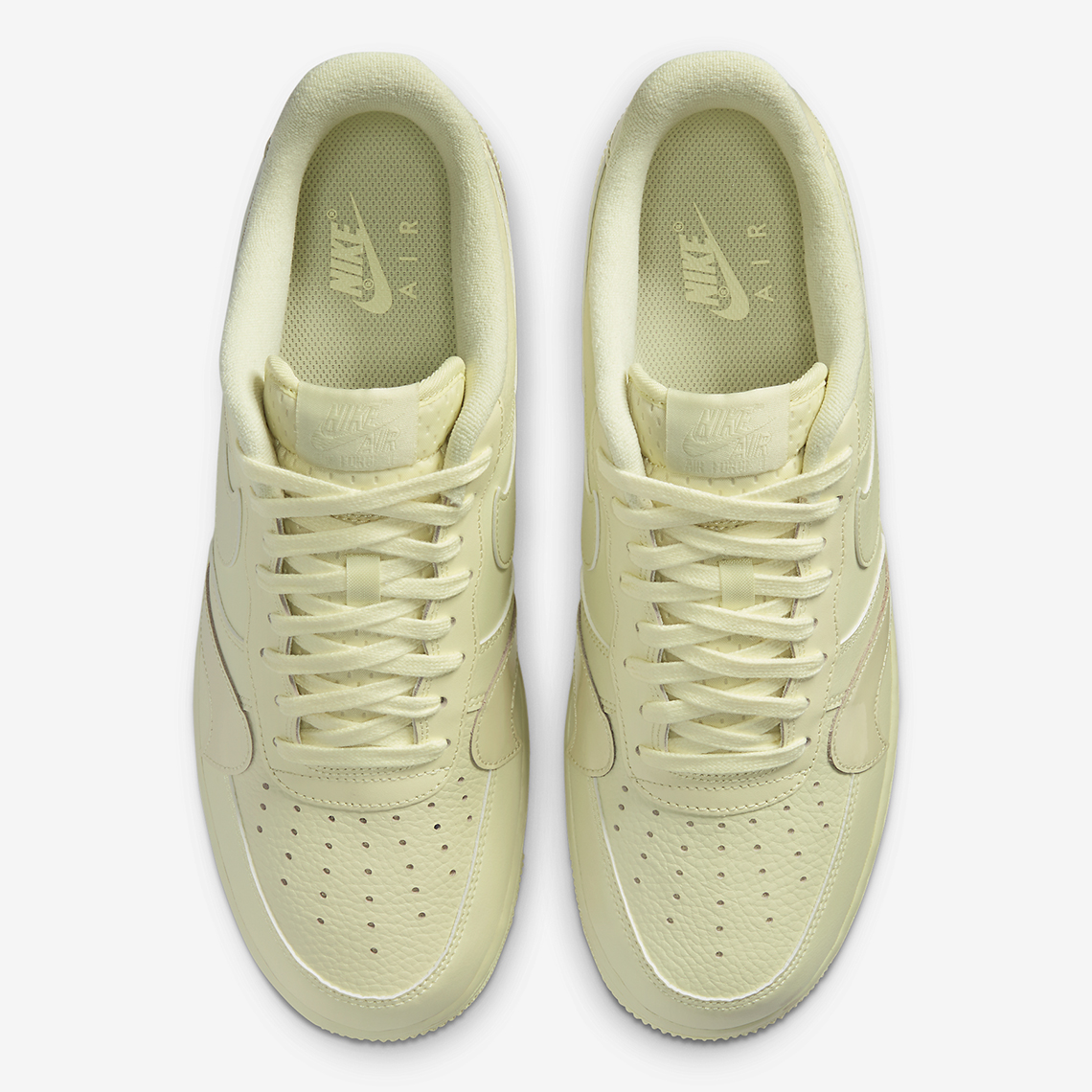 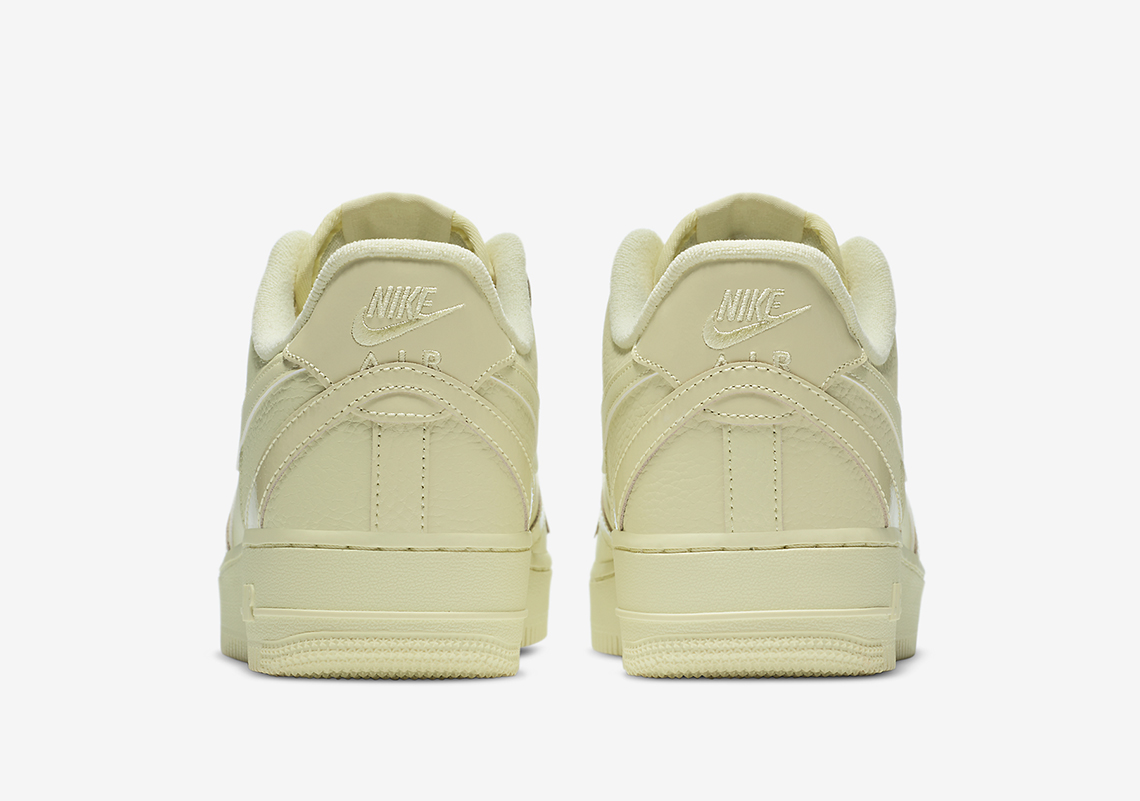 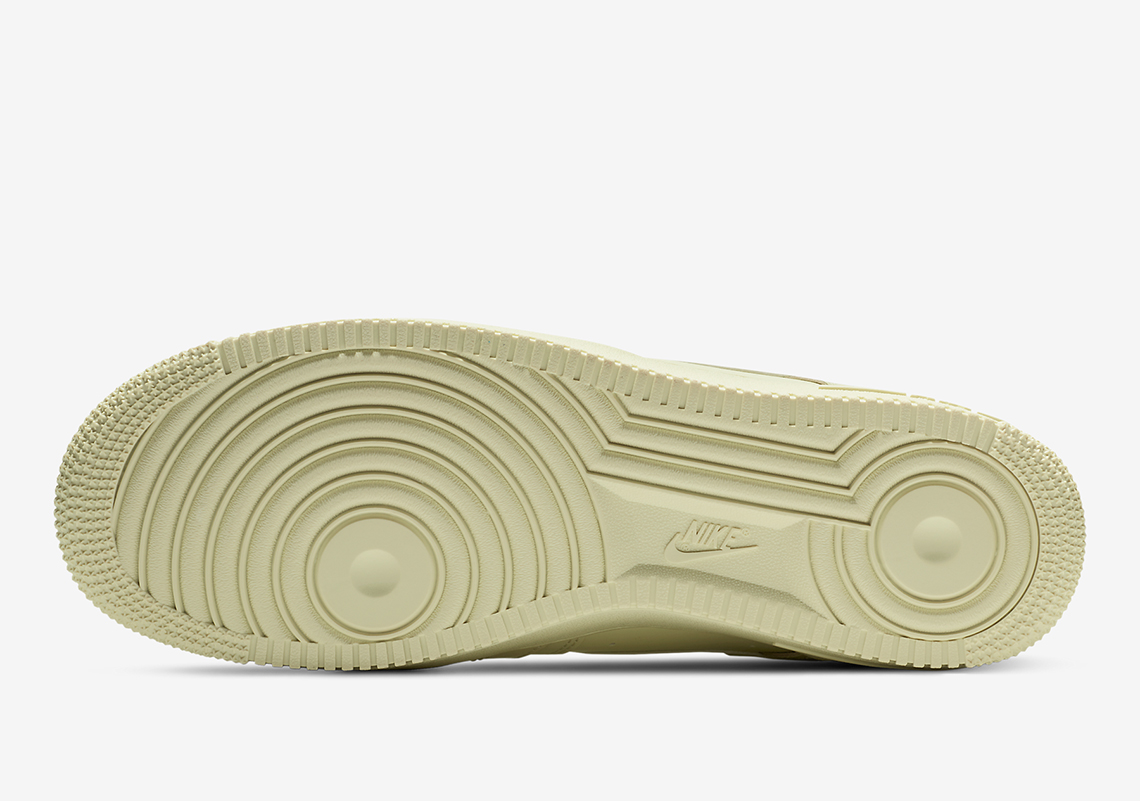 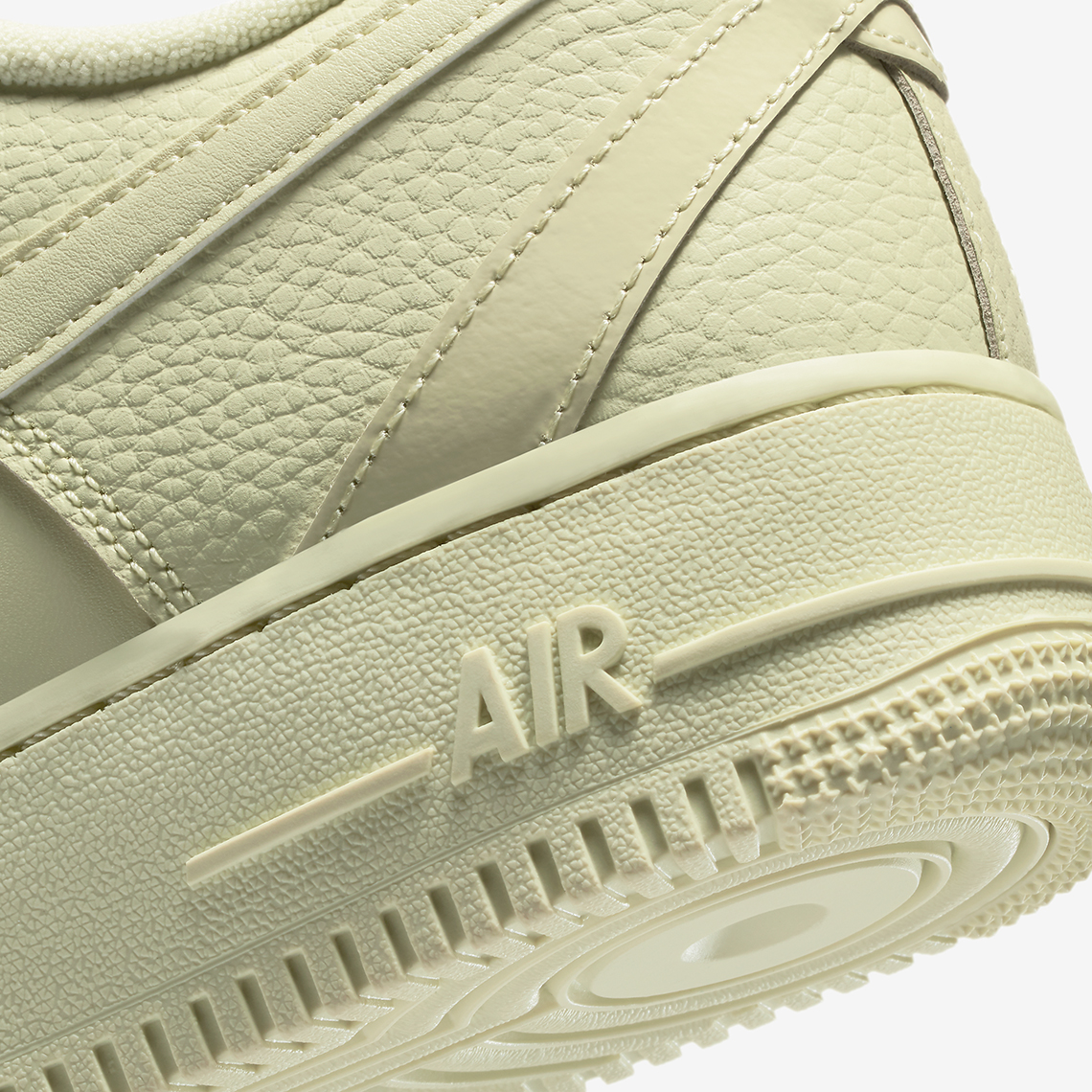 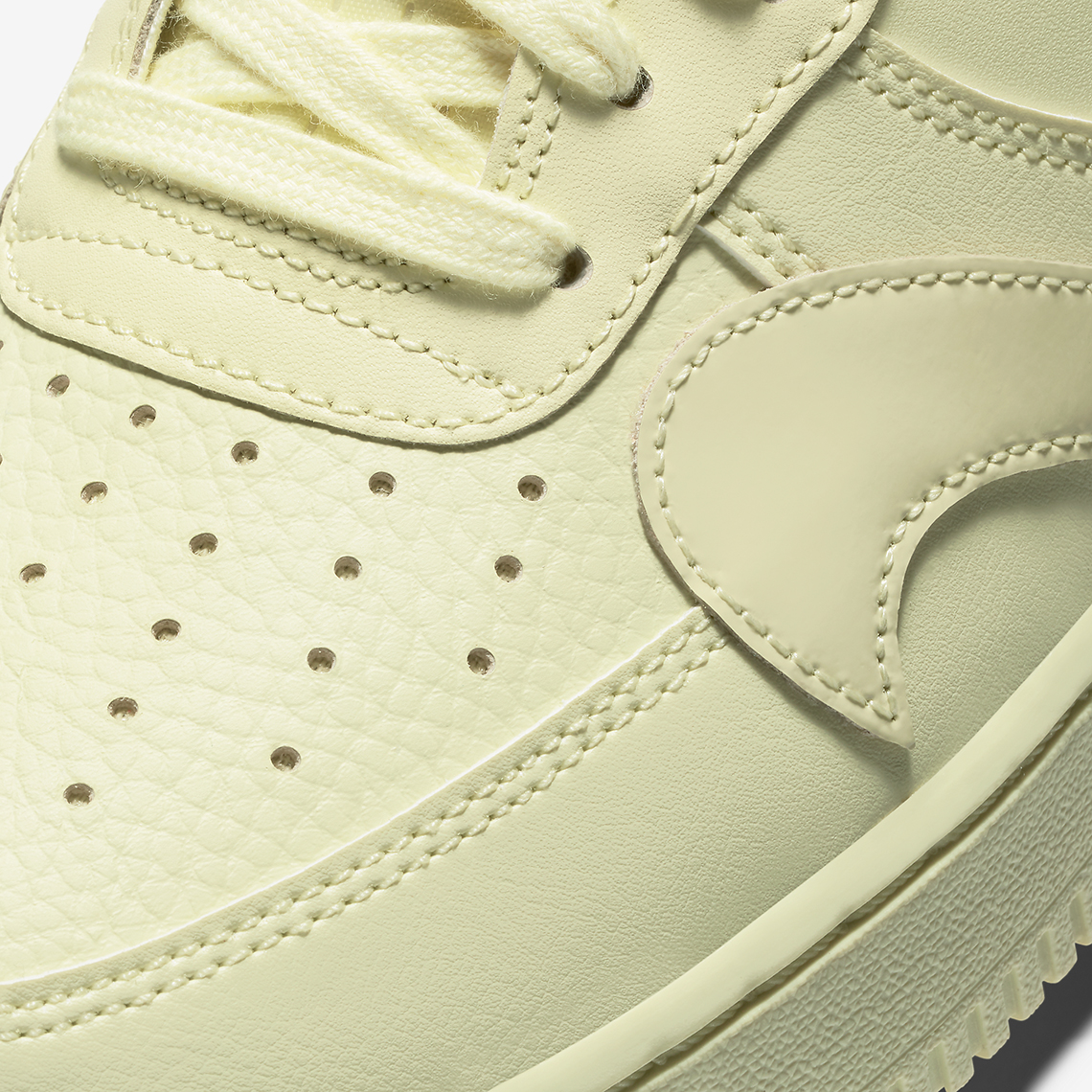