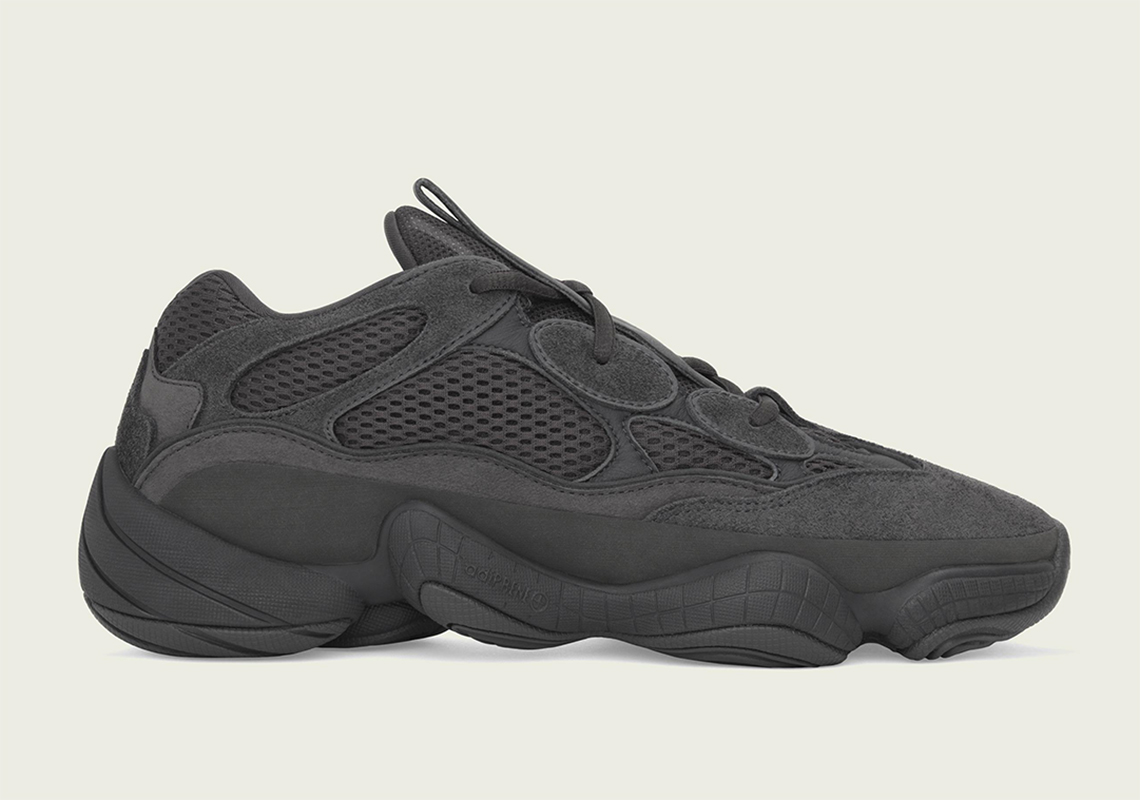 The adidas Yeezy 500 “Utility Black” Is Returning In November

Fall/Winter 2020 is going to be a huge one for the Yeezy imprint as their sneaker release lineup is replete with a copious amount of different colorways. Lately, Kanye West has brought light to many of them that have involved newer silhouettes such as the Yeezy Quantum, Yeezy 700 v3, and even a potential Yeezy D Rose collaboration. However, towards the latter end of the year, the multi-hyphenate is also bringing back some of his classics such as the Yeezy 350 Bred, as well as the Yeezy 500 Utility Black.

The latter, which was last delivered to the market back in 2018, is slated to return in its original monochromatic form, and will serve as the first Yeezy 500 low release since November 2019. Resell for this particular colorway has steadily climbed in between the $500-900 range depending on size, but expect those to go down significantly once more people get the chance to cop again at retail. You can expect these to likely release on adidas.com, Yeezy Supply, and through select retailers this November for the usual $200 retail tag.

In other Yeezy-related news, the Yeezy 350 Israfil is releasing on August 22nd.