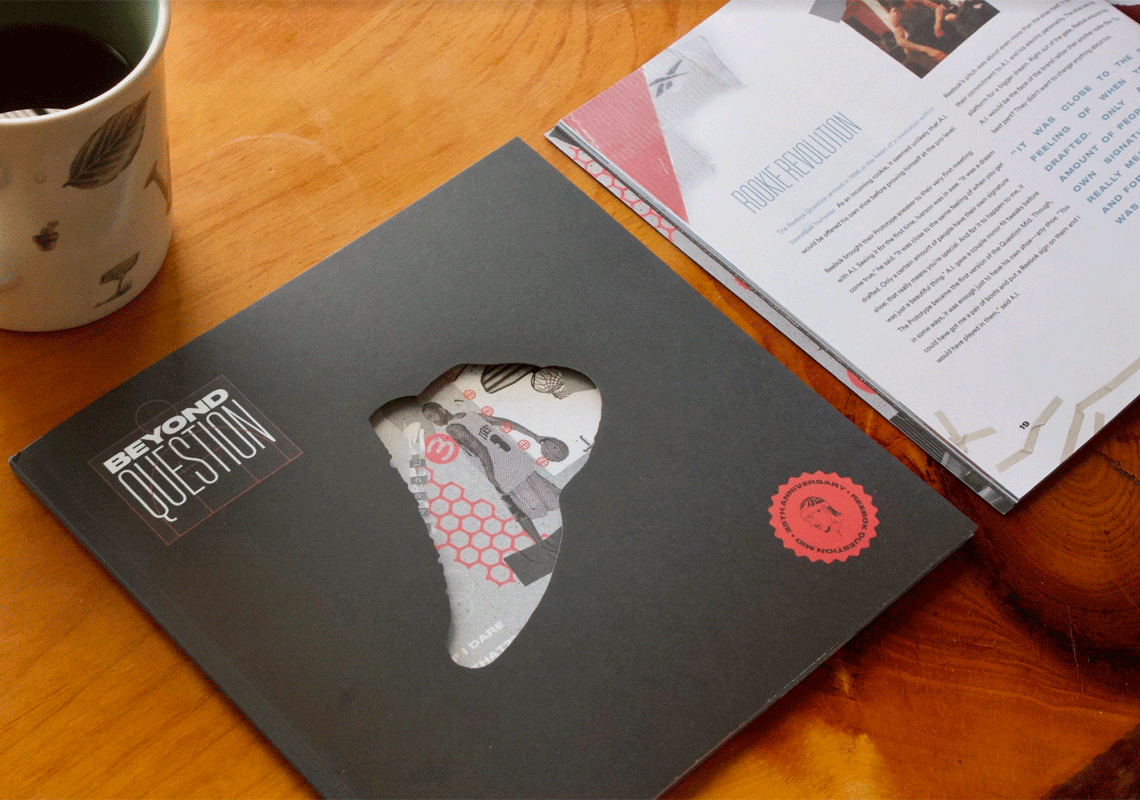 Allen Iverson‘s last-played NBA game was in 2010, yet the Virginia-native’s impact is still prevalent throughout the league a decade later. Throughout 2020, Reebok has celebrated the life and times of Iverson with both footwear products inspired by the 45-year-old’s alma maters and initiatives rooted in the former guard’s passion, authenticity, and style. The next chapter in celebrating Iverson’s legacy includes the revival of the original Question suede “Red Toe”, which celebrates its 25th Anniversary this year. Additionally, the Massachusetts-based brand has curated the “Beyond Question” magazine, an exclusive exploration of A.I. and the Question’s cultural impact.

While only 30-pages long, “Beyond Question” delivers never-before-published insights and interviews with not only Iverson himself, but also notable individuals throughout “The Answer” and the Question’s ascendancy and legacy. Among them, the sneaker’s designer Scott Hewett; Iverson’s high school coach and manager Gary Moore; and streetwear designer Eric Emanuel share their stories about the ever-influential, former Philadelphia 76er and his first signature shoe.

“Without A.I., there wouldn’t be a me. Period,” shares Emanuel in the magazine. “A.I. made sportswear a fashion item more than a fan item.”

Unlike Emanuel’s recent Question collaboration, the silhouette originally boasted a suede-toe design. Shortly after its initial 5,000-pair release in 1996, however, the model was mass-produced with the more commonly-known pearlized-leather overlays. For its first reissue in OG-form on August 21st, the Question “Red Toe” will include the sophisticated design choice not only for adults, but also for kids.

“[Having my own sneaker] was a dream come true,” recalls Iverson in “Beyond Question”. “Only a certain amount of people have their own signature shoe; that really means you’re special. And for it to happen to me, it was just a beautiful thing.”

The “Beyond Question” magazine is now digitally available, with 75 limited-edition print copies being raffled off from August 11th to August 21st to benefit BOKS; a random selection of the 75 physical copies will be signed by Iverson. To enter the raffle, visit here. The original Question “Red Toe” arrives to Reebok.com and the Foot Locker family of brands on August 21st.

For more from the vector-logo brand, check out the latest pairs of the Instapump Fury. 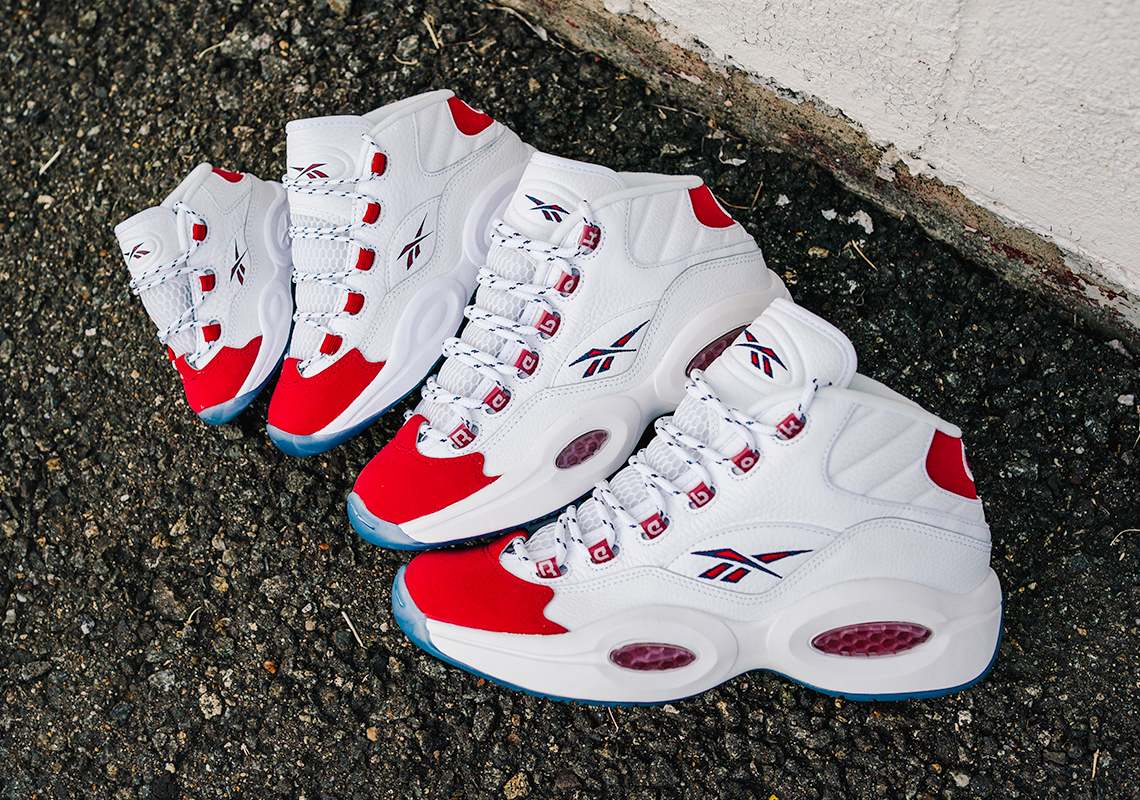