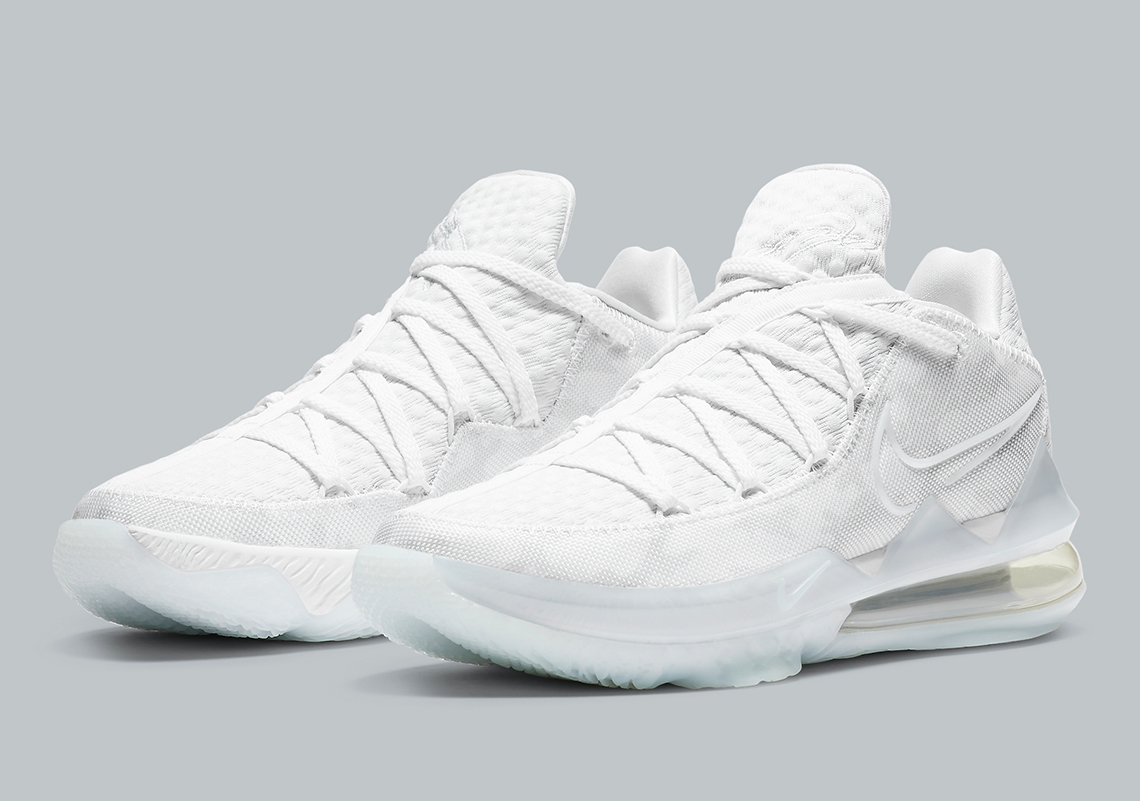 Nike Accents The LeBron 17 Low With A Tonal Camo Print

With the LeBron 18 underway, the last half of 2020 is poised to be relatively busy one for the older LeBron 17 and its low-top counterpart. The latter, which ended the Summer simple with a Triple Black, is already set to reappear in yet another neutral colorway that’s delivered with extremely subtle, near invisible camo print.

At a glance, this LeBron 17 Low deceptively reads as an ordinary Triple White rendition. While the upper’s woven construction and adjacent accents are all hued in the achromatic shade, the profile contrasts with a canvas sublimated atop with a monochromatic version of traditional camouflage. This extends from the quilted heel to the opposite end at the medial, providing a contrast between the grain of the knit top half and the light blue tint of the tooling below. Elsewhere, swooshes mark the side in complementing tone, LeBron’s insignia is embroidered atop the heel, and the insole sprawls with a special logo clad graphic.

Grab a close-up look at these here and sit tight as they’re expected to release September 1st according to select overseas retailers. A Nike.com release should follow shortly after or take place on the same day.

In other news, a Sashiko Kyrie Low 3 is in the works. 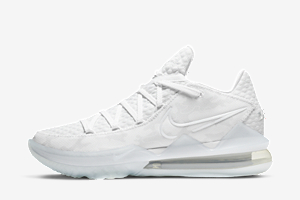 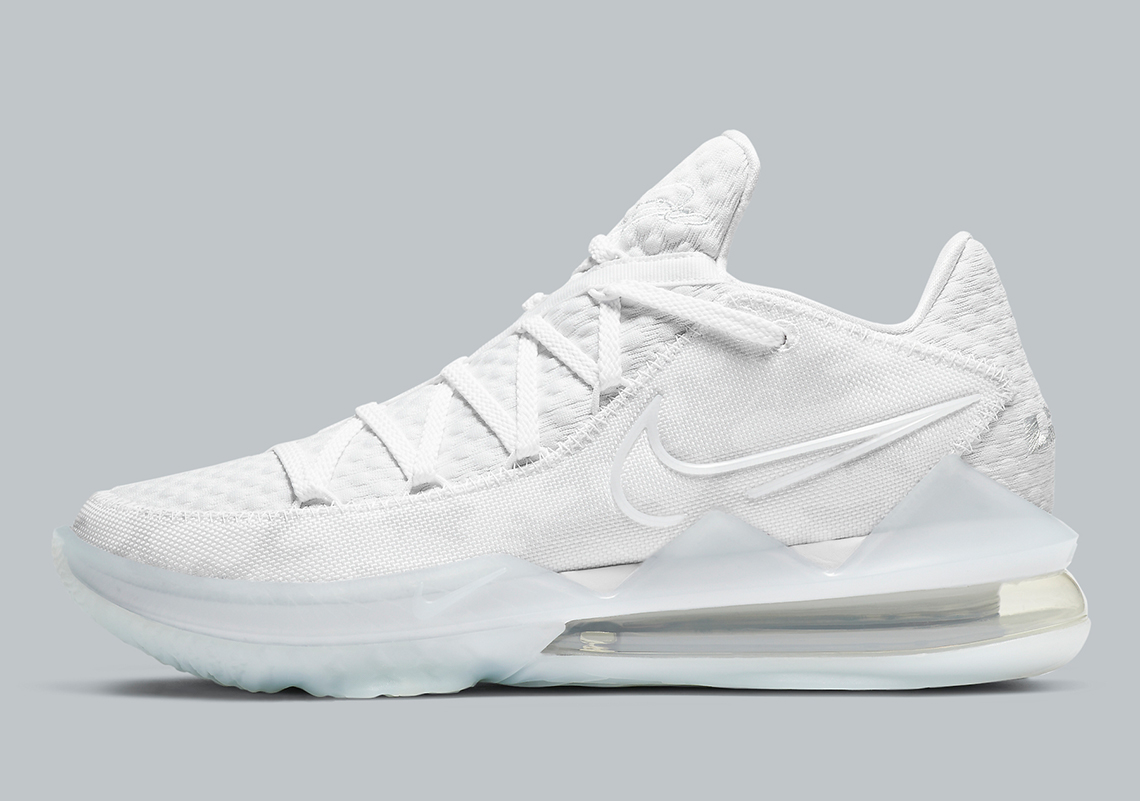 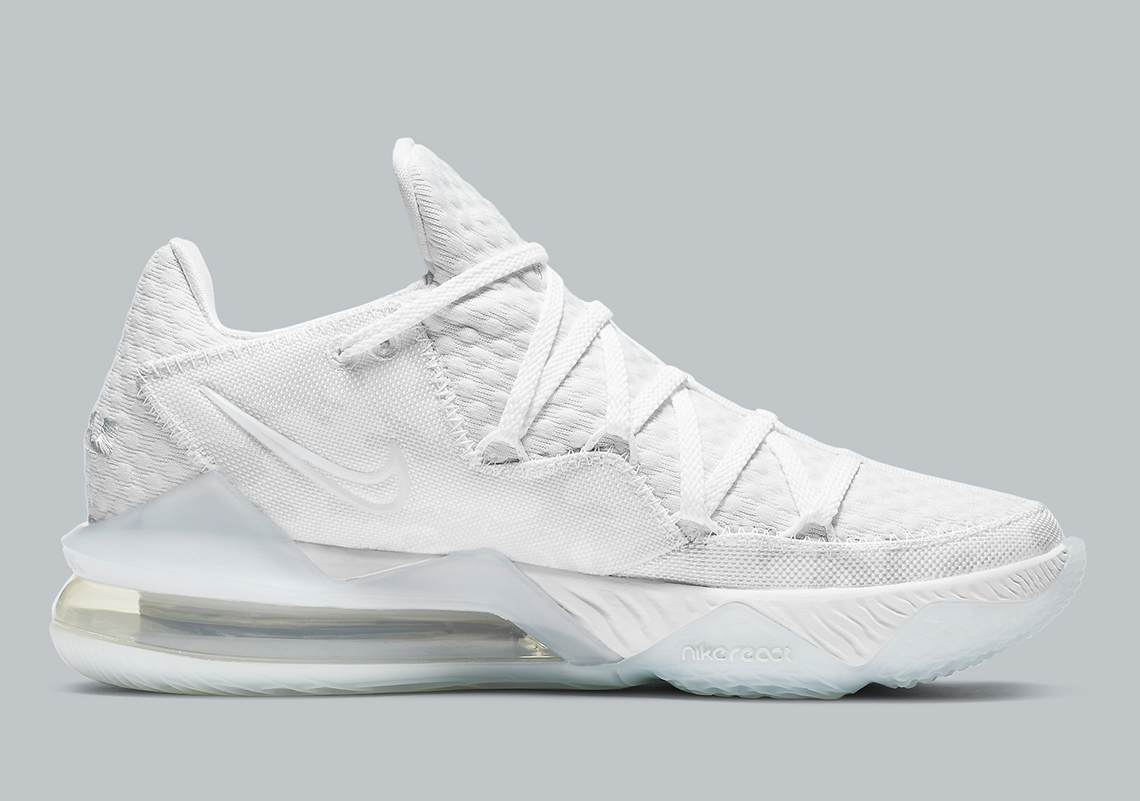 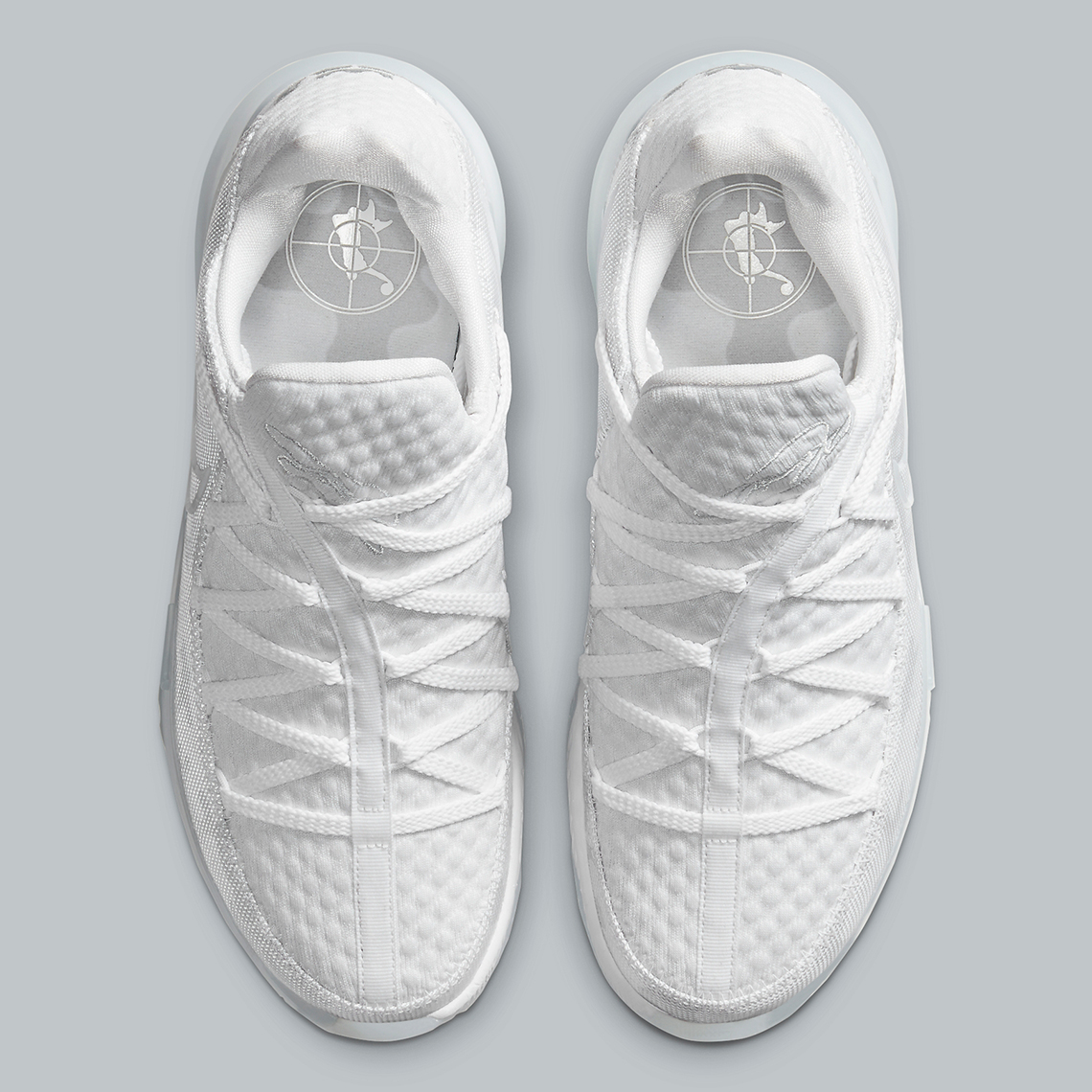 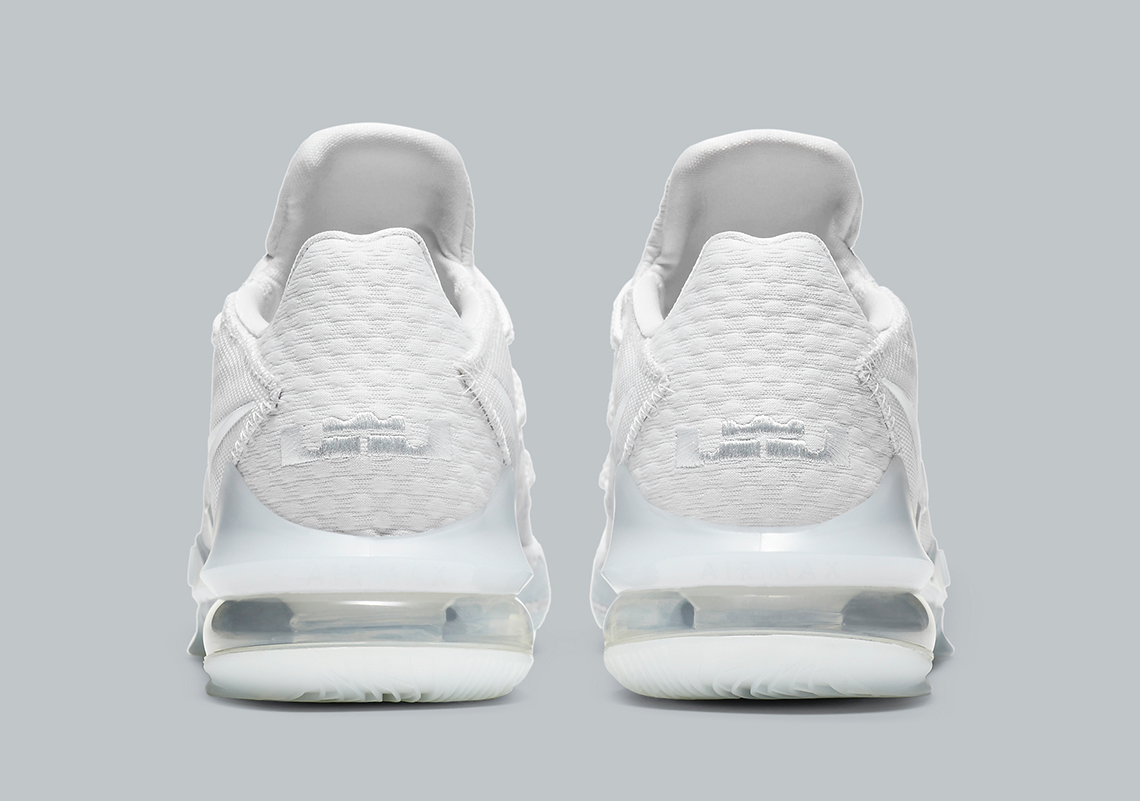 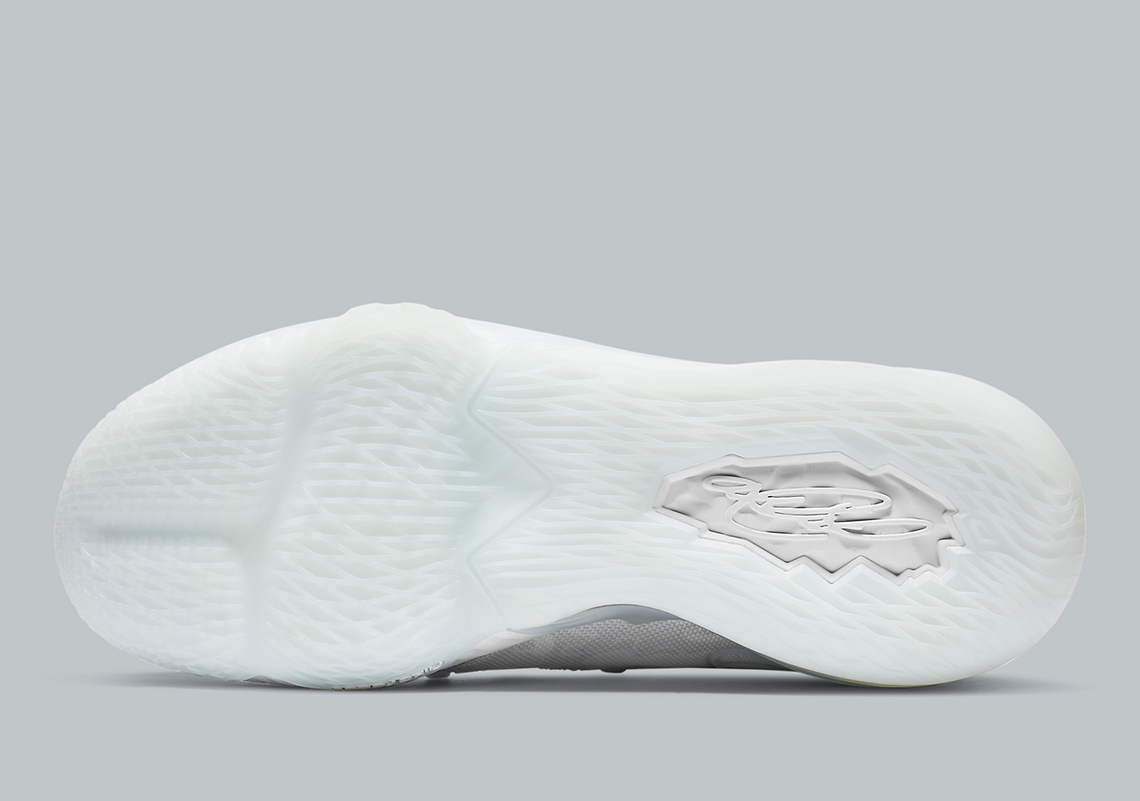