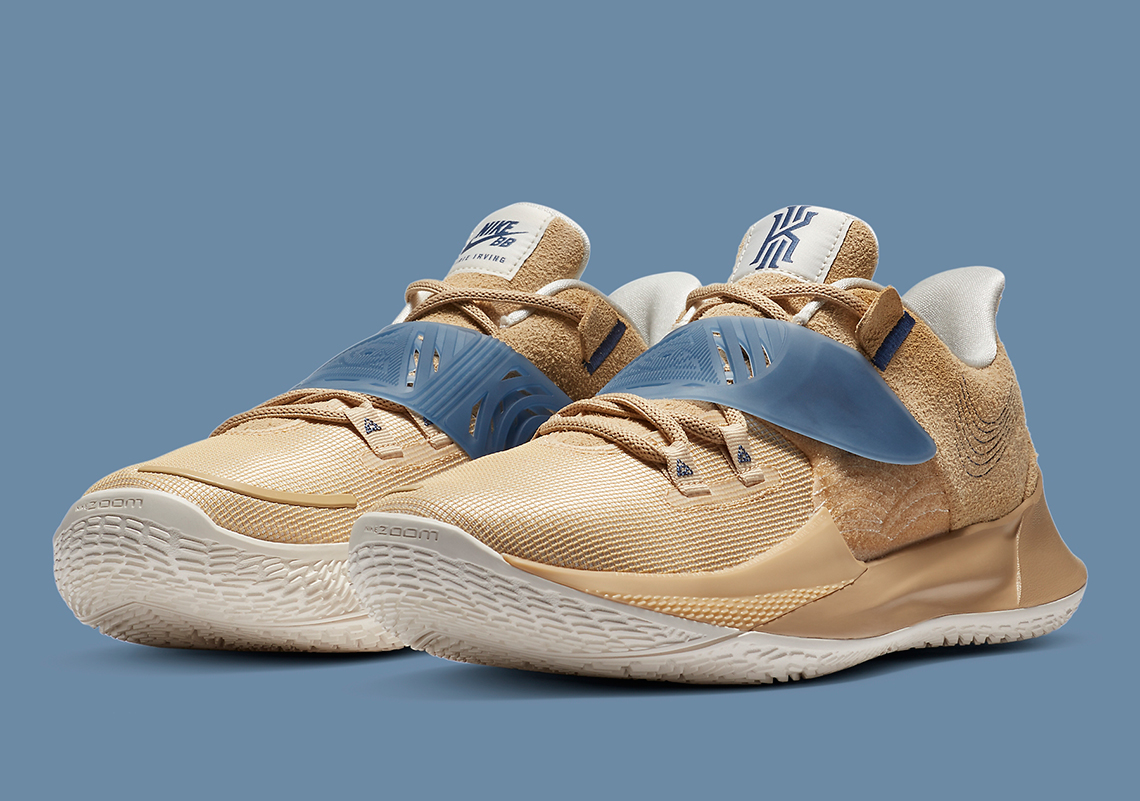 For Kyrie Irving, skateboarding and Nike SBs have played significant roles in his upbringing and overall love for sneakers. Given that the Brooklyn Nets playmaker has shown this affinity by reinterpreting classic Dunks such as the Day of the Deads, Rayguns, and Lobsters into his own signature line, it makes perfect sense as to why Nike SB would be open to incorporating his models into their forthcoming “Sashiko” Pack.

After applying the Japanese stitching method to the Kybird S2, the Swoosh’s skate division now turns to another one of Uncle Drew’s newest silhouettes — the Kyrie Low 3. Similarly styled to one of the Blazer Mid members of the capsule, this iteration’s upper is shrouded with a sesame hue split between synthetic toe boxes and hairy suedes at the heel; the latter of which hosts embroidered Swooshes. Accompanying this arrives grey-ish blue hits touching on the mid-foot straps, tongues, and insoles. Additionally, if you take a glimpse at the right foot’s tongue branding, as well as the footbed graphics, you’ll notice that the “Nike SB” logo has been remixed to “Nike BB” to express its basketball intention. These are available now through Nike Korea, but stay tuned as they’ll likely be dropping stateside on Nike.com in the coming weeks.

Elsewhere in the Nike realm, a Paris KITH Air Force 1 colorway has been revealed. 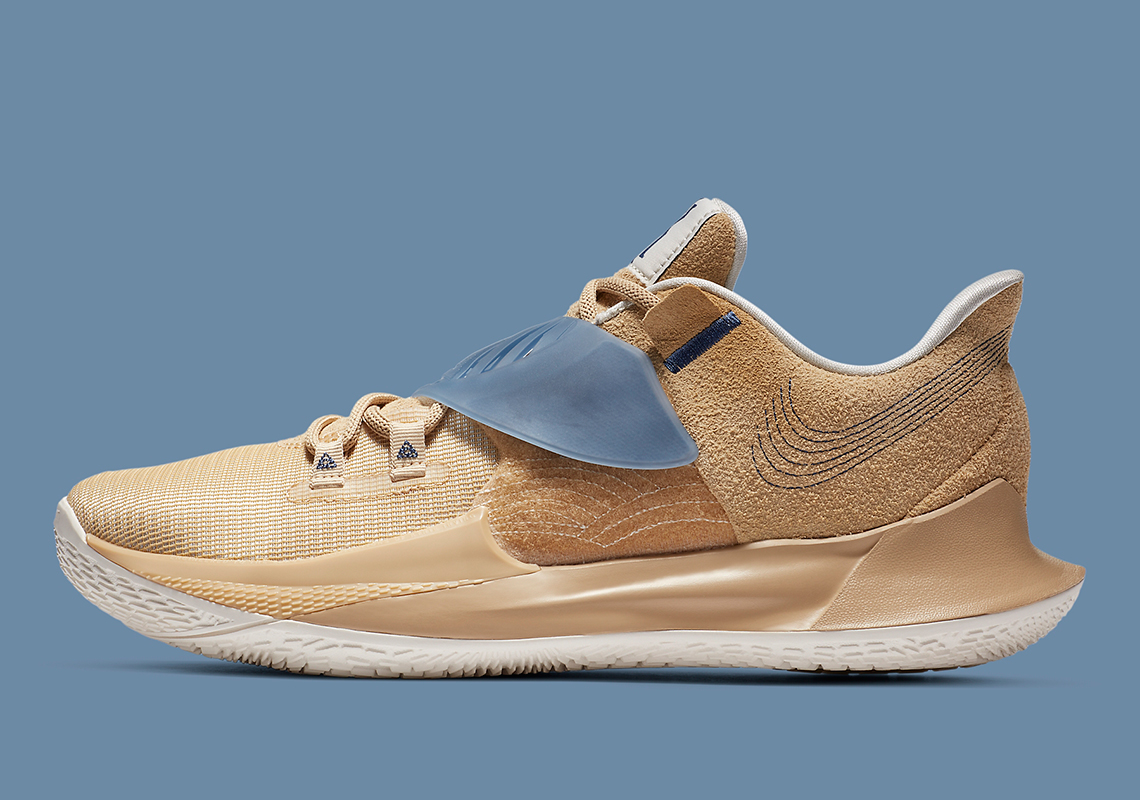 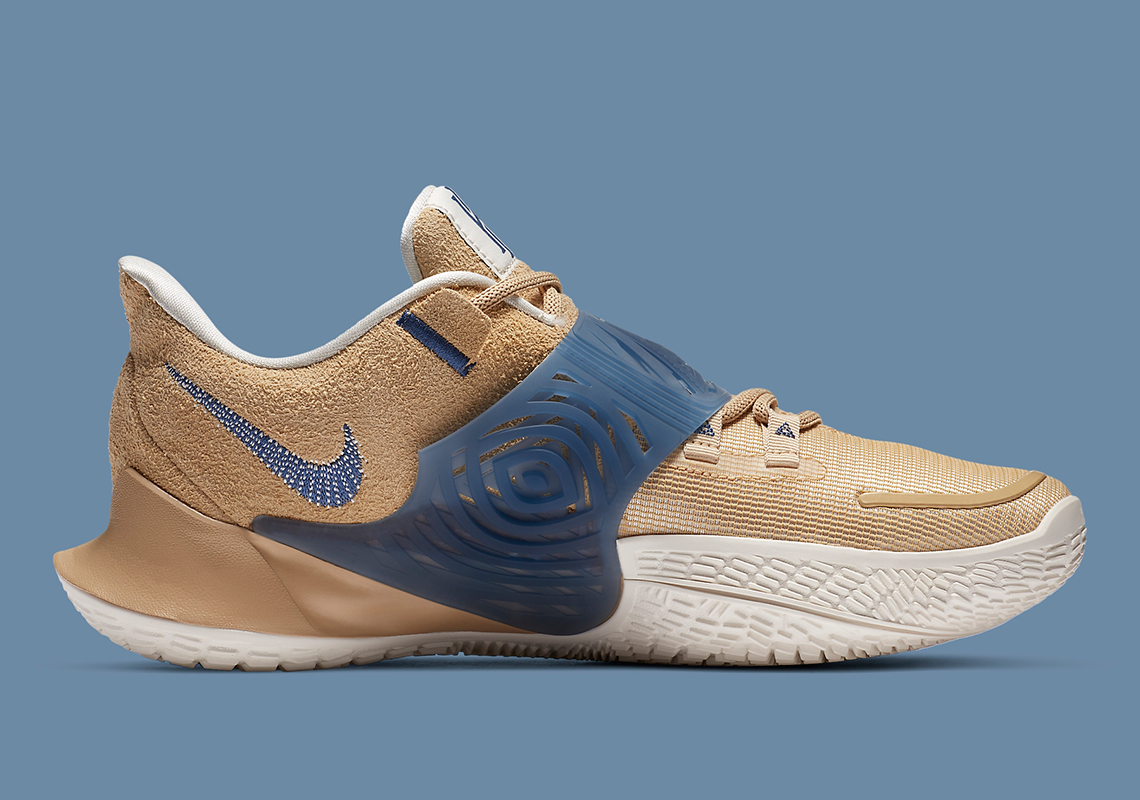 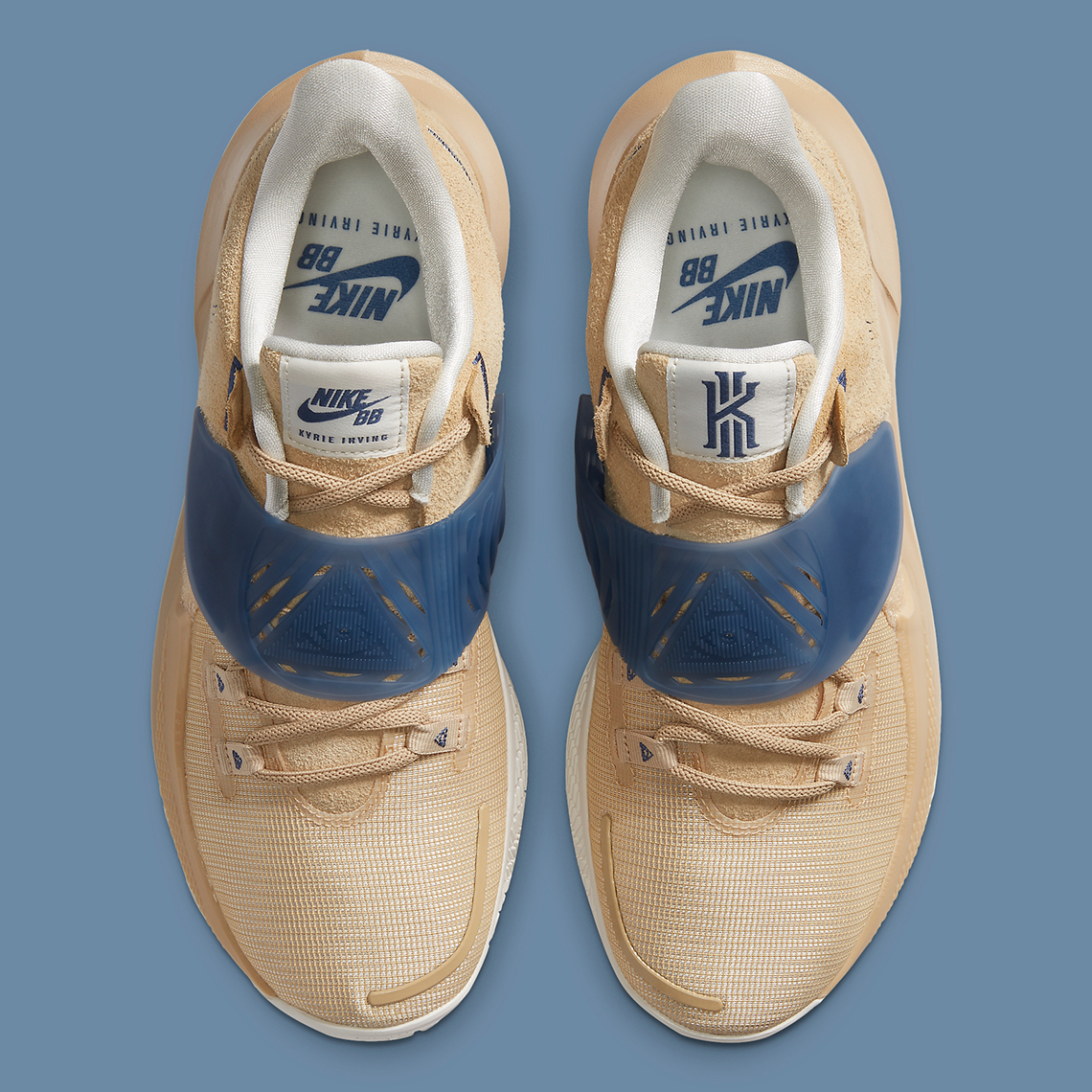 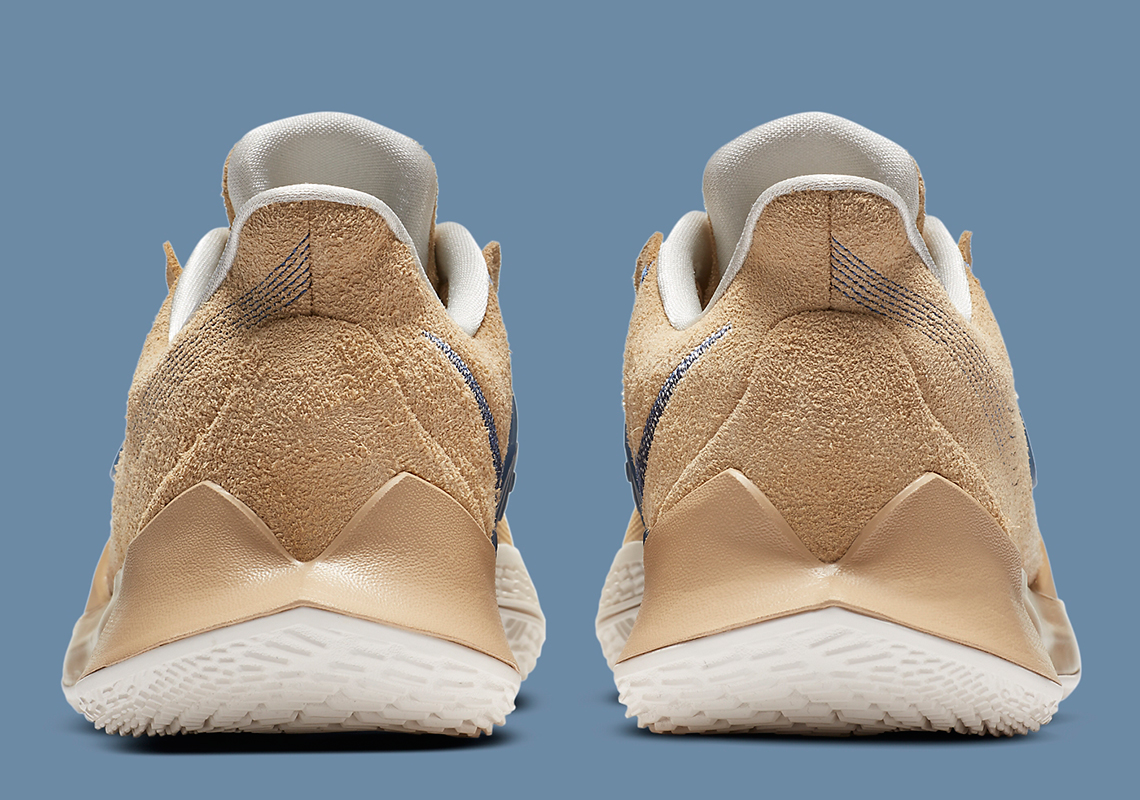 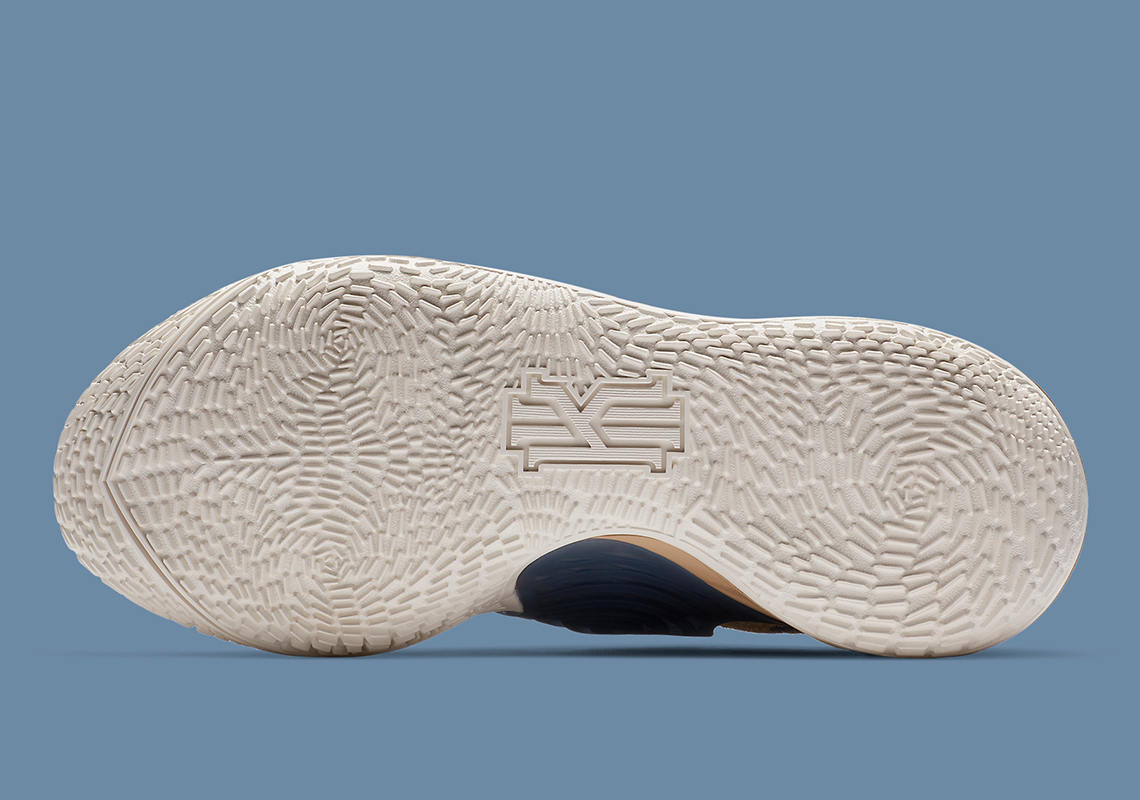 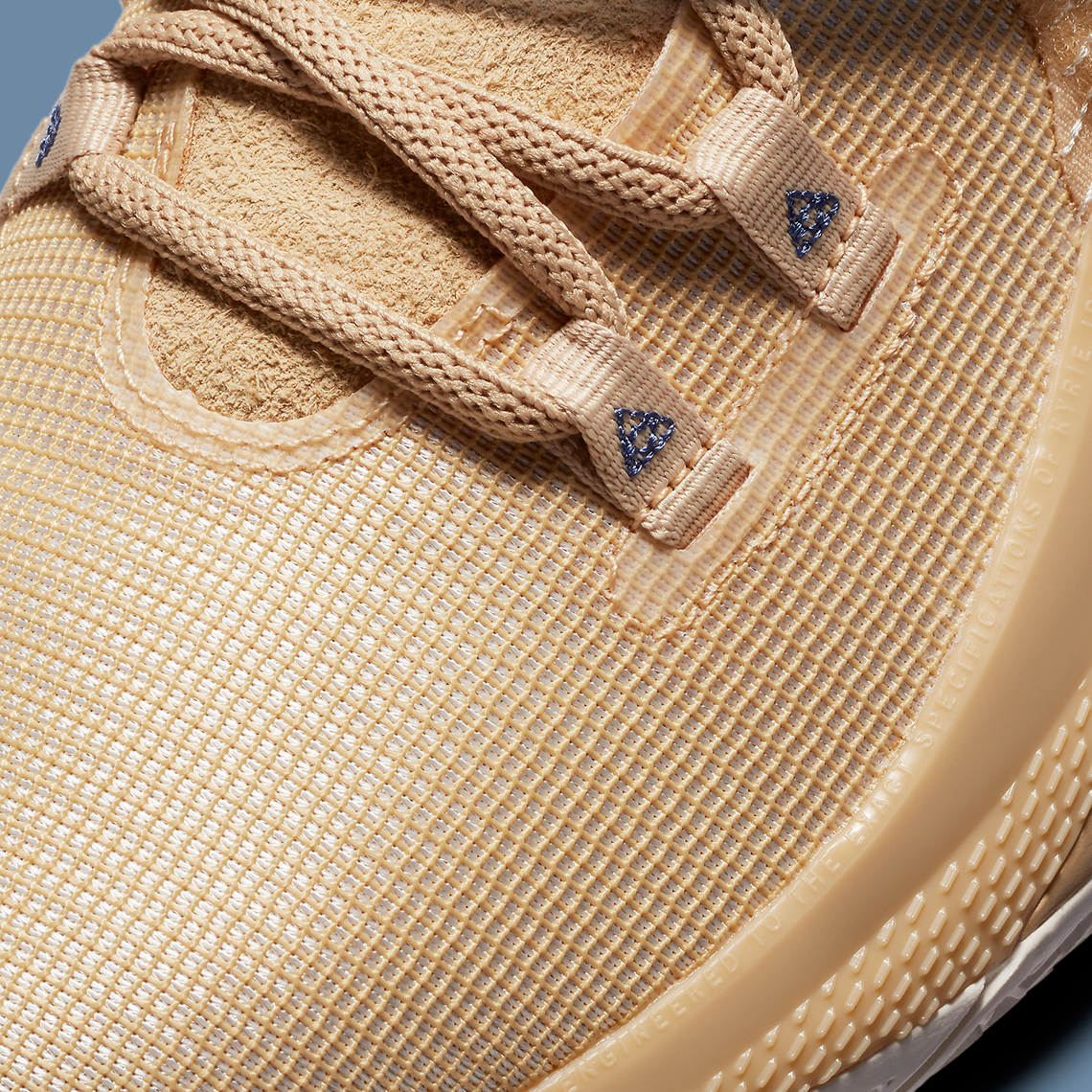 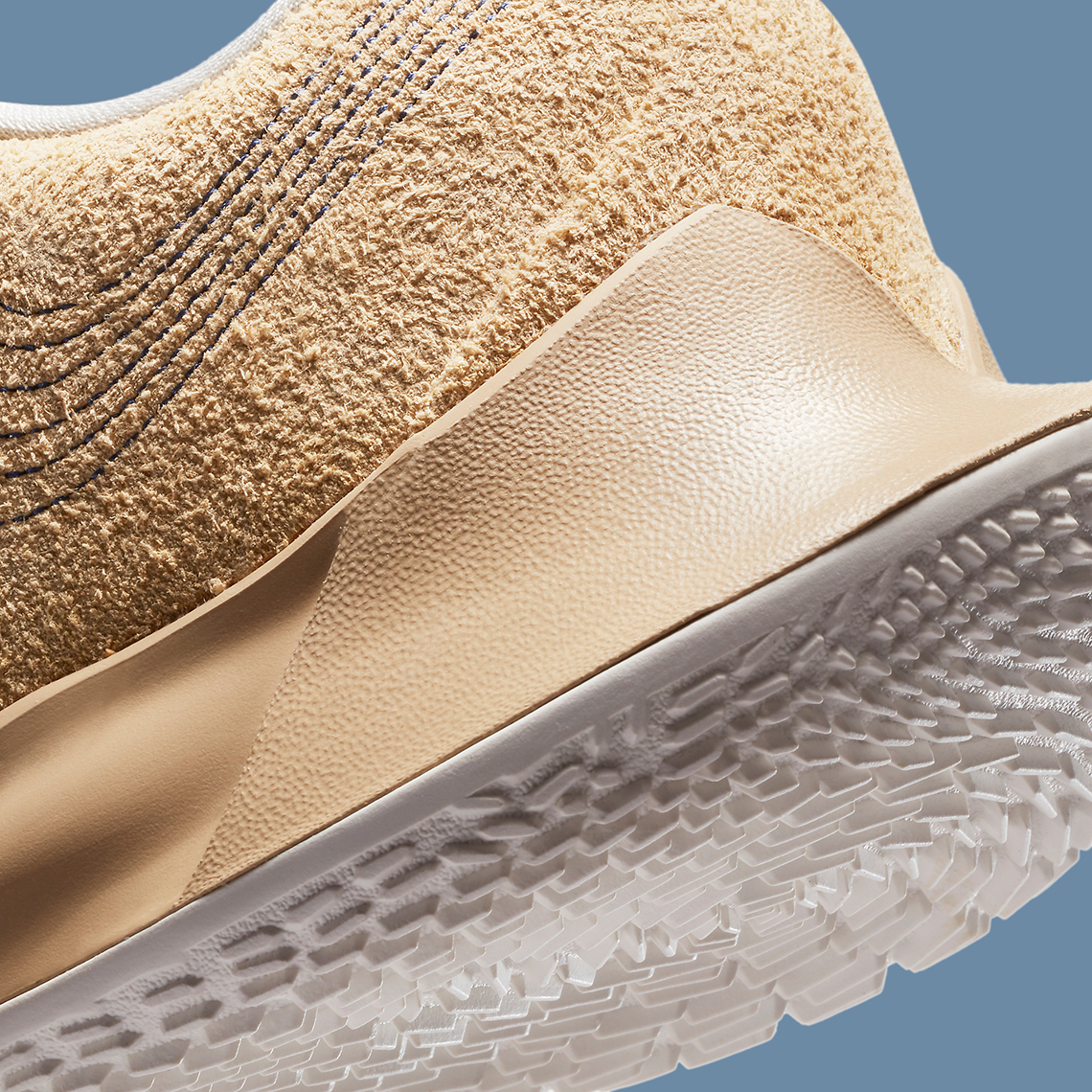