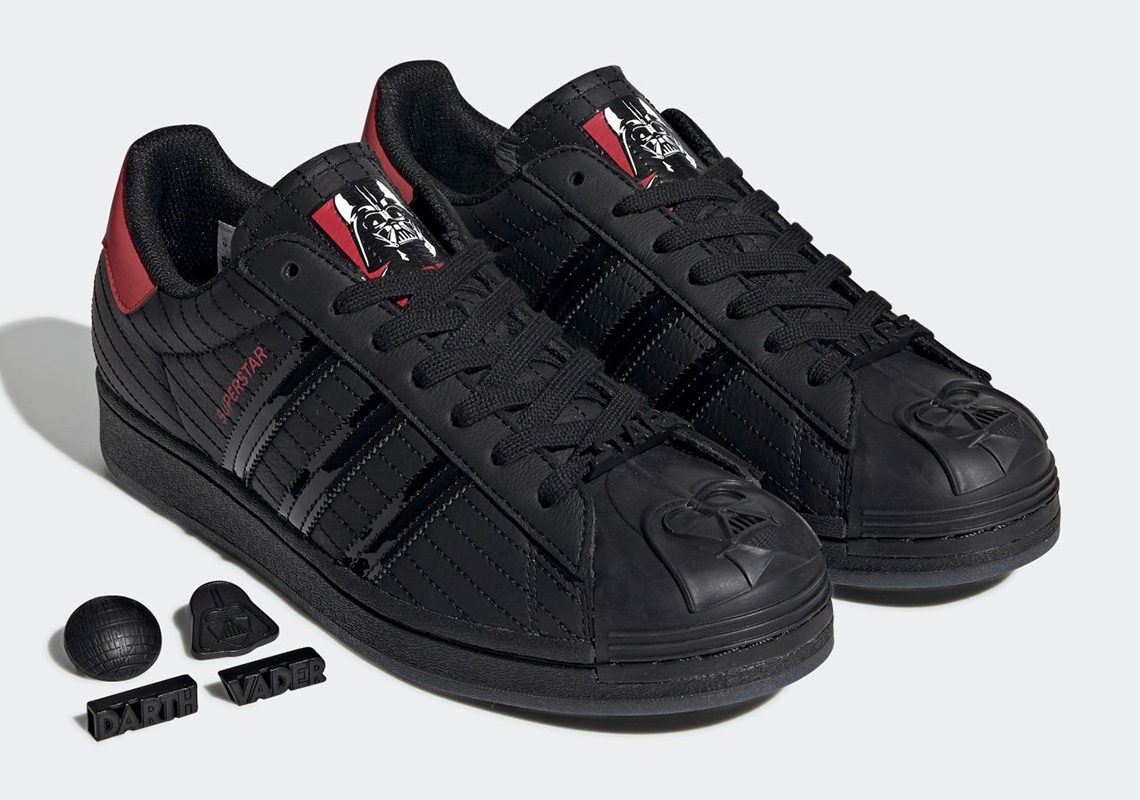 adidas has collaborations with Stars Wars dating as far back as 2014, and though the series has reached yet another conclusion more recently, the Three Stripes are still opting to celebrate the film universe’s original trilogy with new releases. Bounty hunter Boba Fett was seen atop the Top Ten Hi only yesterday, and now with their latest, the brand has decided to stay on the dark side as they liken the Superstar to the ever-imposing Darth Vader.

At a glance, the colorway appears to be a subtle nod to the character it draws influence from. Black uppers and matching toolings are coated in a full black treatment while the branded accents, tongue patch, and heel are dressed in a bright red like that of Vader’s lightsaber. Upon closer inspection, one will notice a series of stitches that run against entirety of the leather paneling, a detail that honors the garment the character wears underneath his armored pieces. What’s more, a portrait of Vader is displayed front and center, the Galactic Empire hangs their flags behind, and the villain’s mask is molded into the silhouette’s shell toe.

Grab a close-up look at these here, and according to adidas Japan, the pair will release on August 29th at a retail of 15,400 Yen. A US adidas.com release is sure to follow shortly after.

UPDATE 9/1/2020
The Star Wars x adidas Superstar “Darth Vader” will release in the US later this month on September 17th. 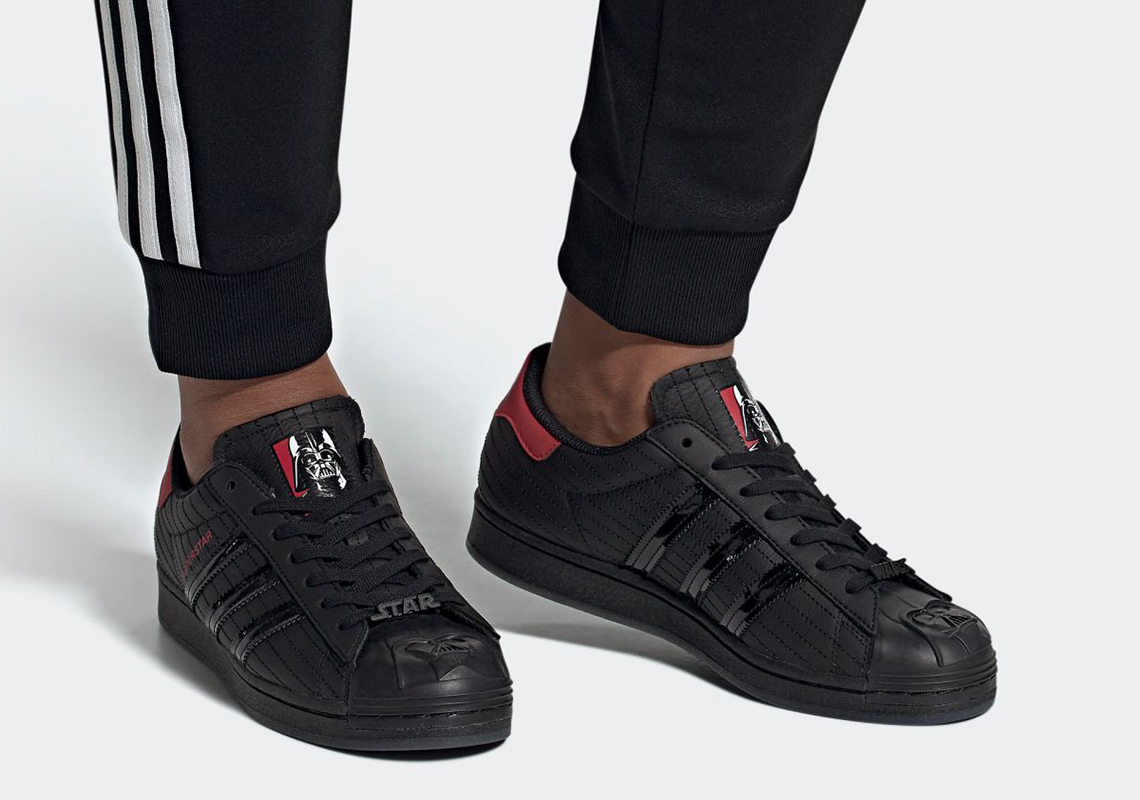 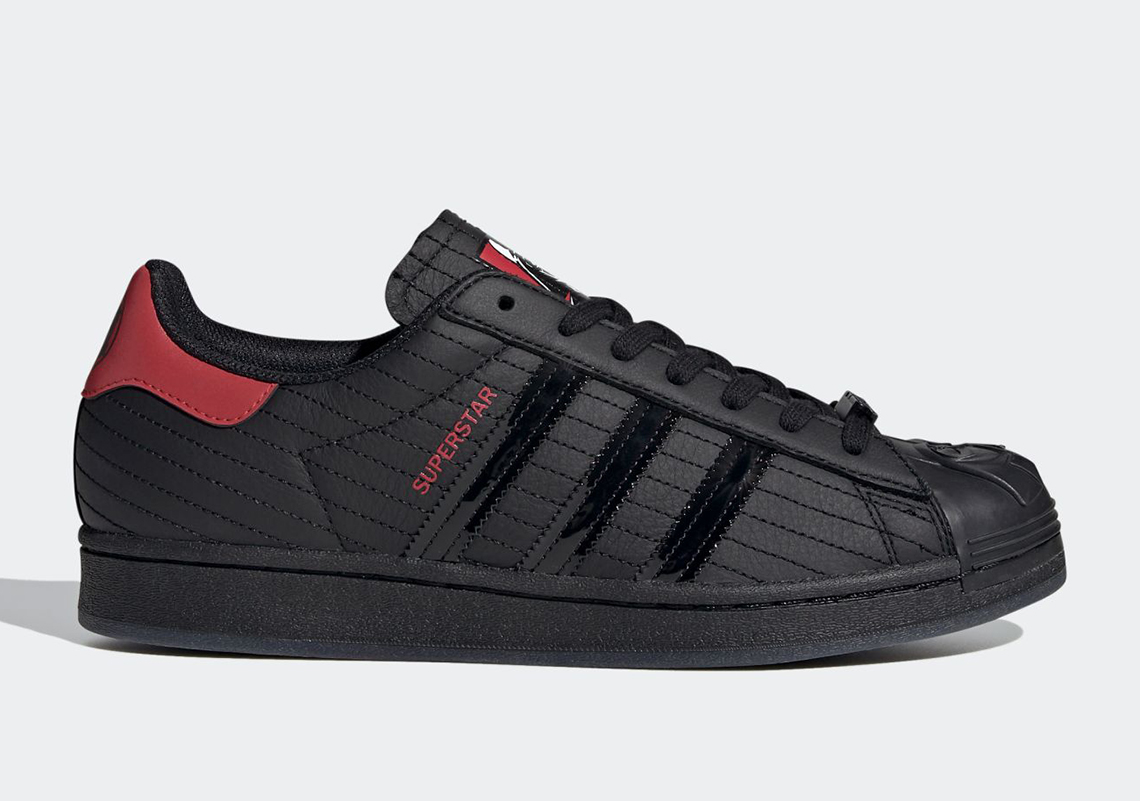 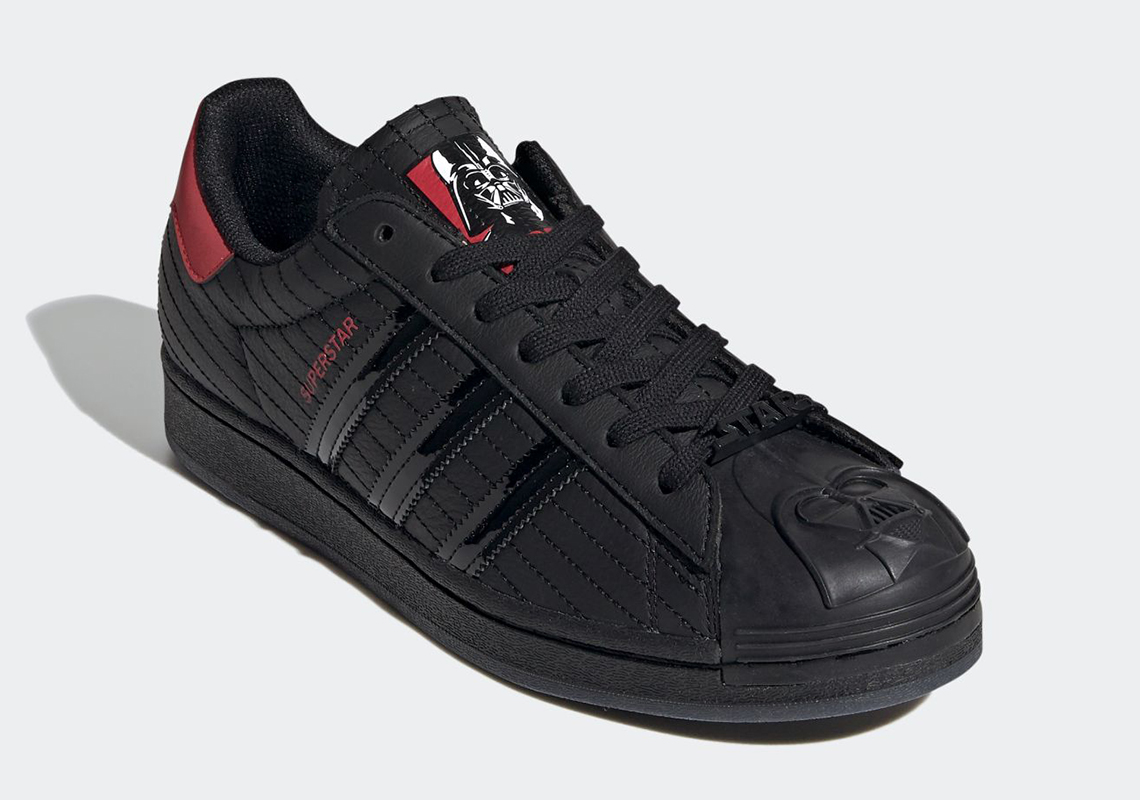 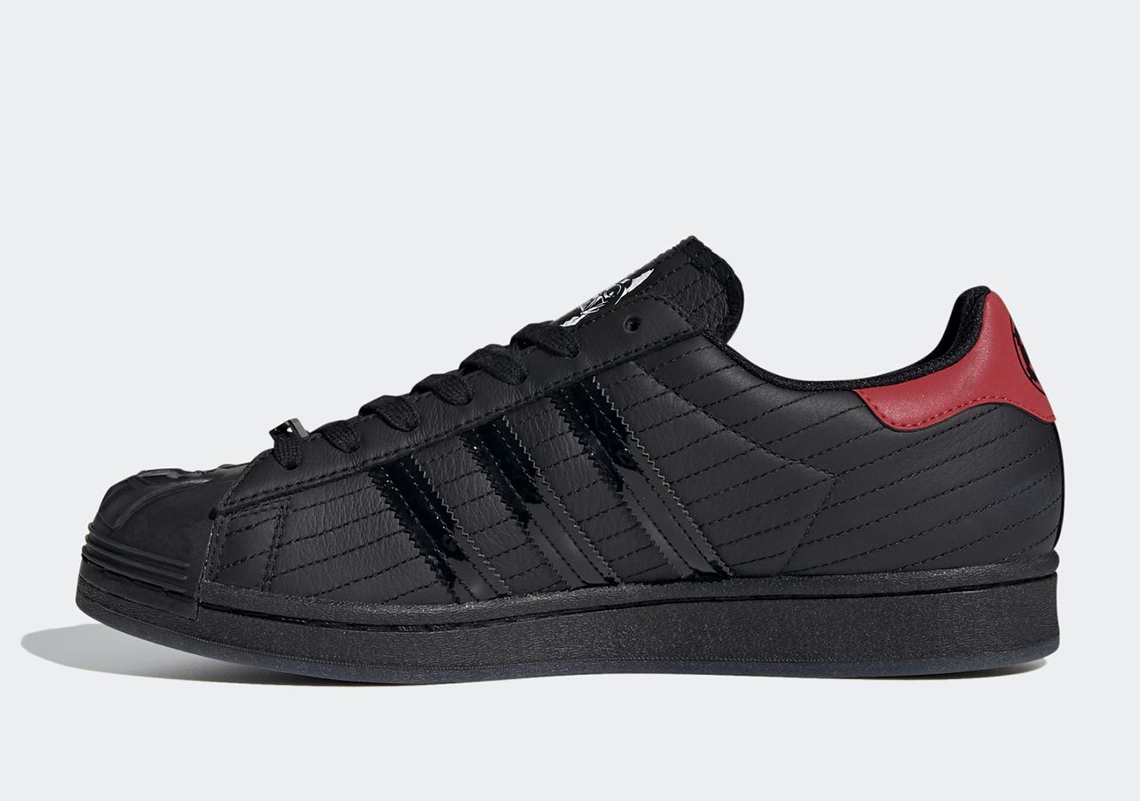 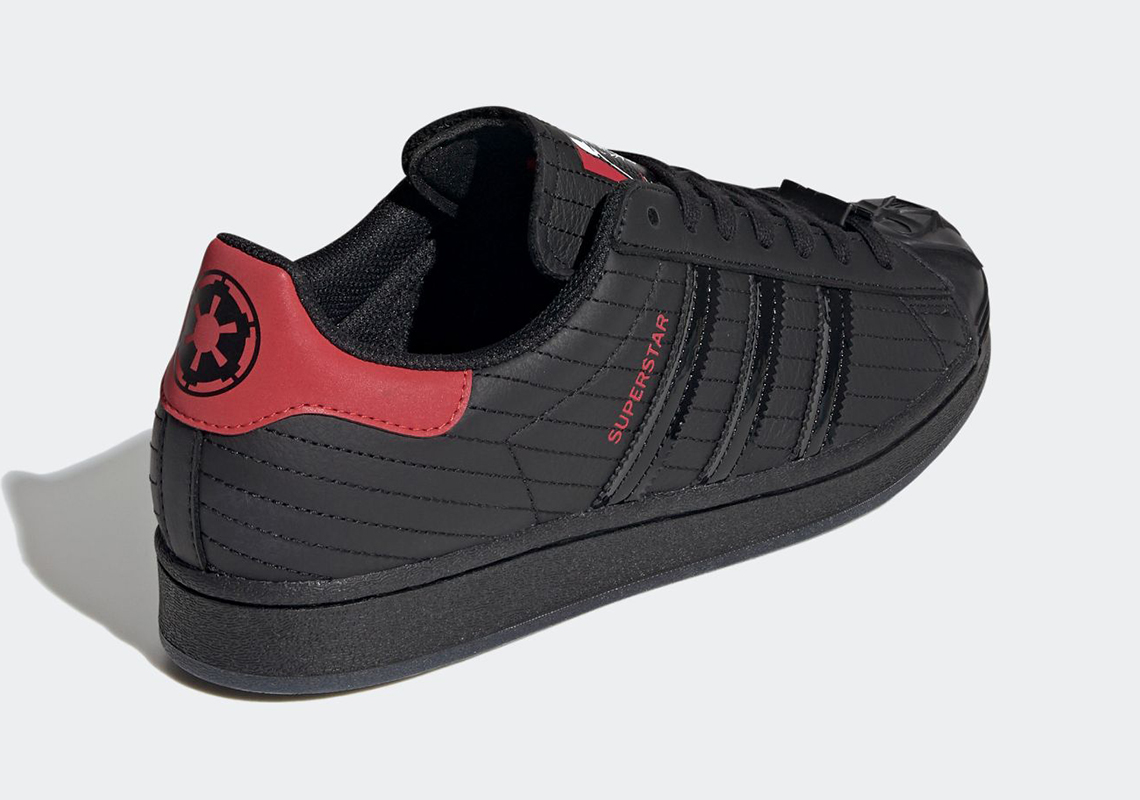 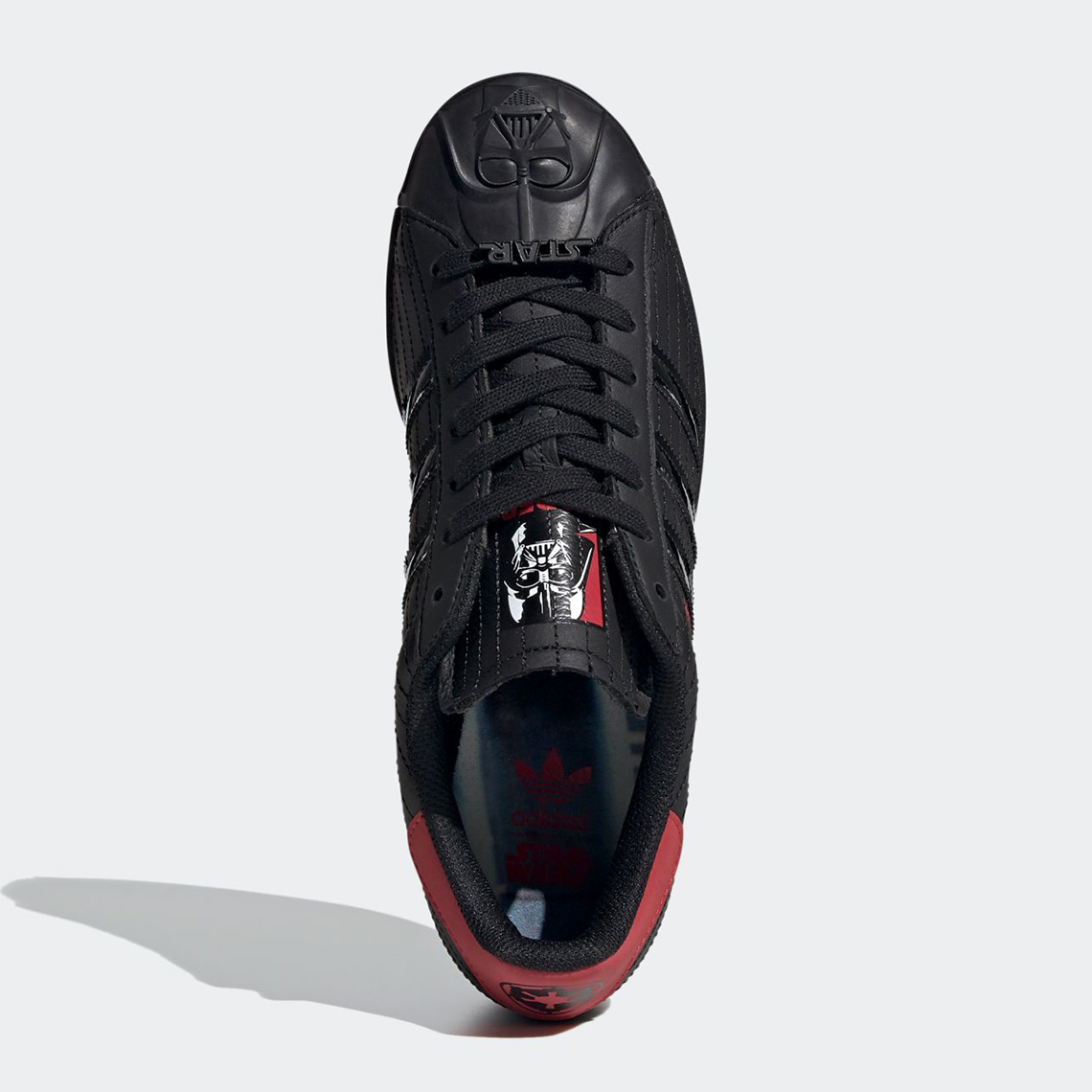 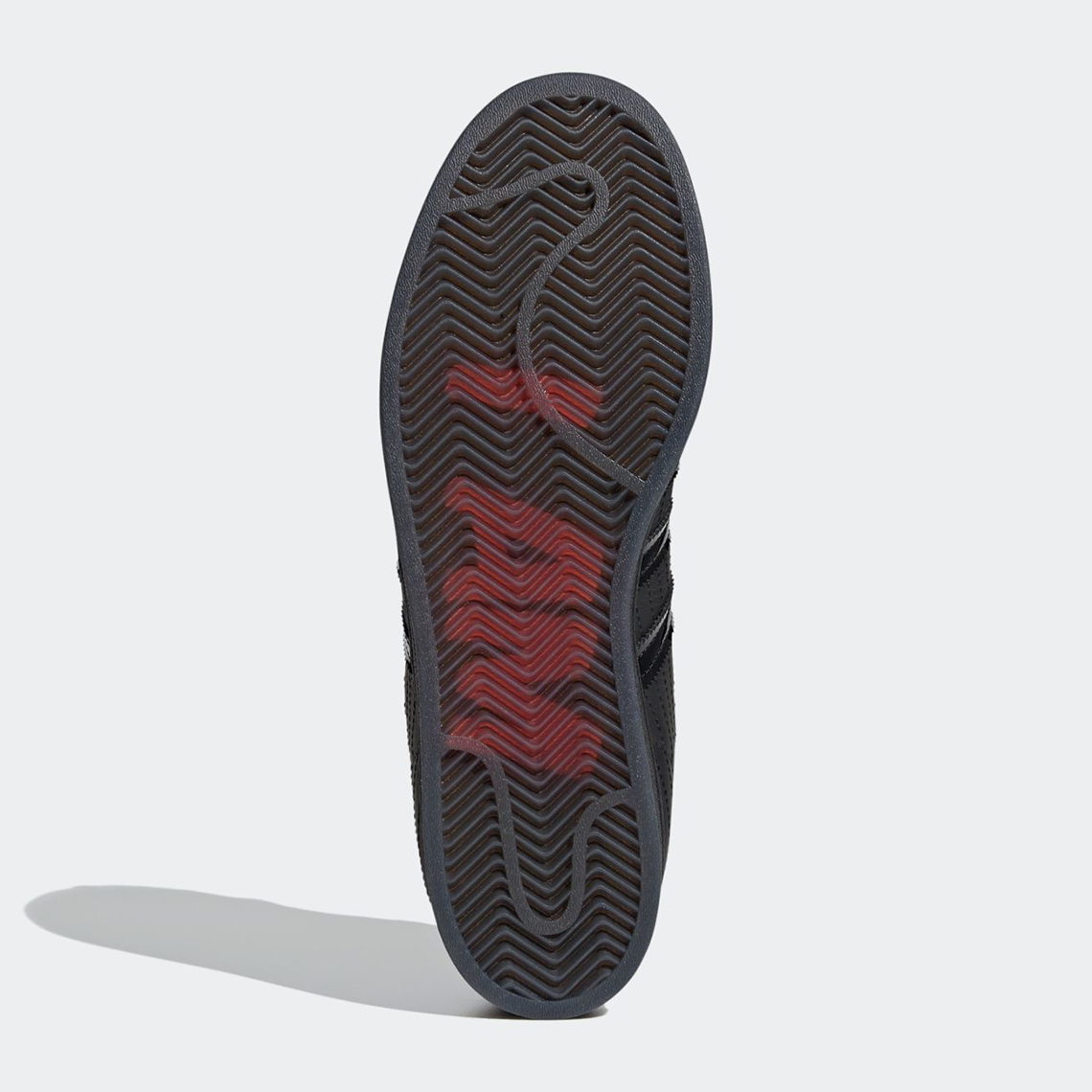 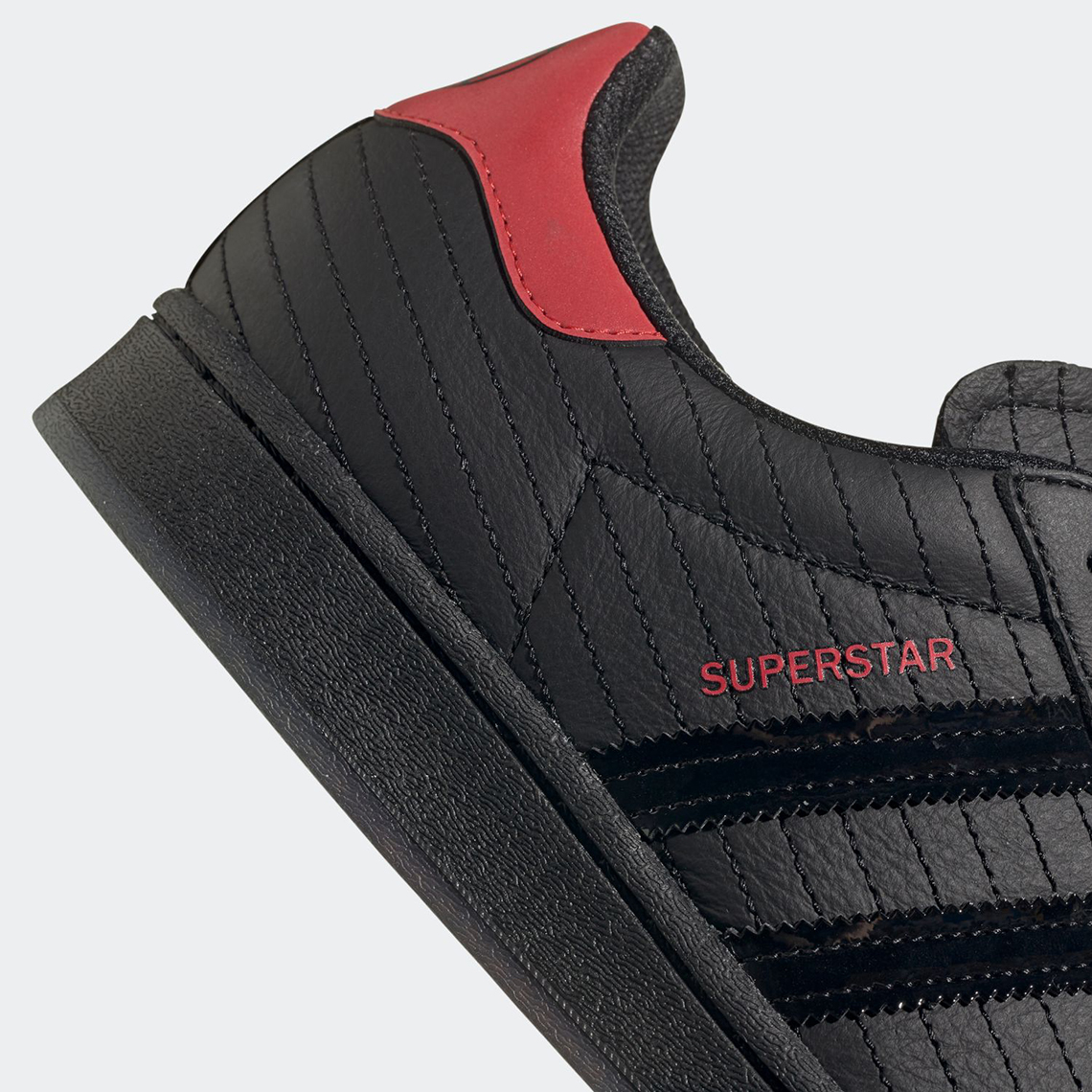 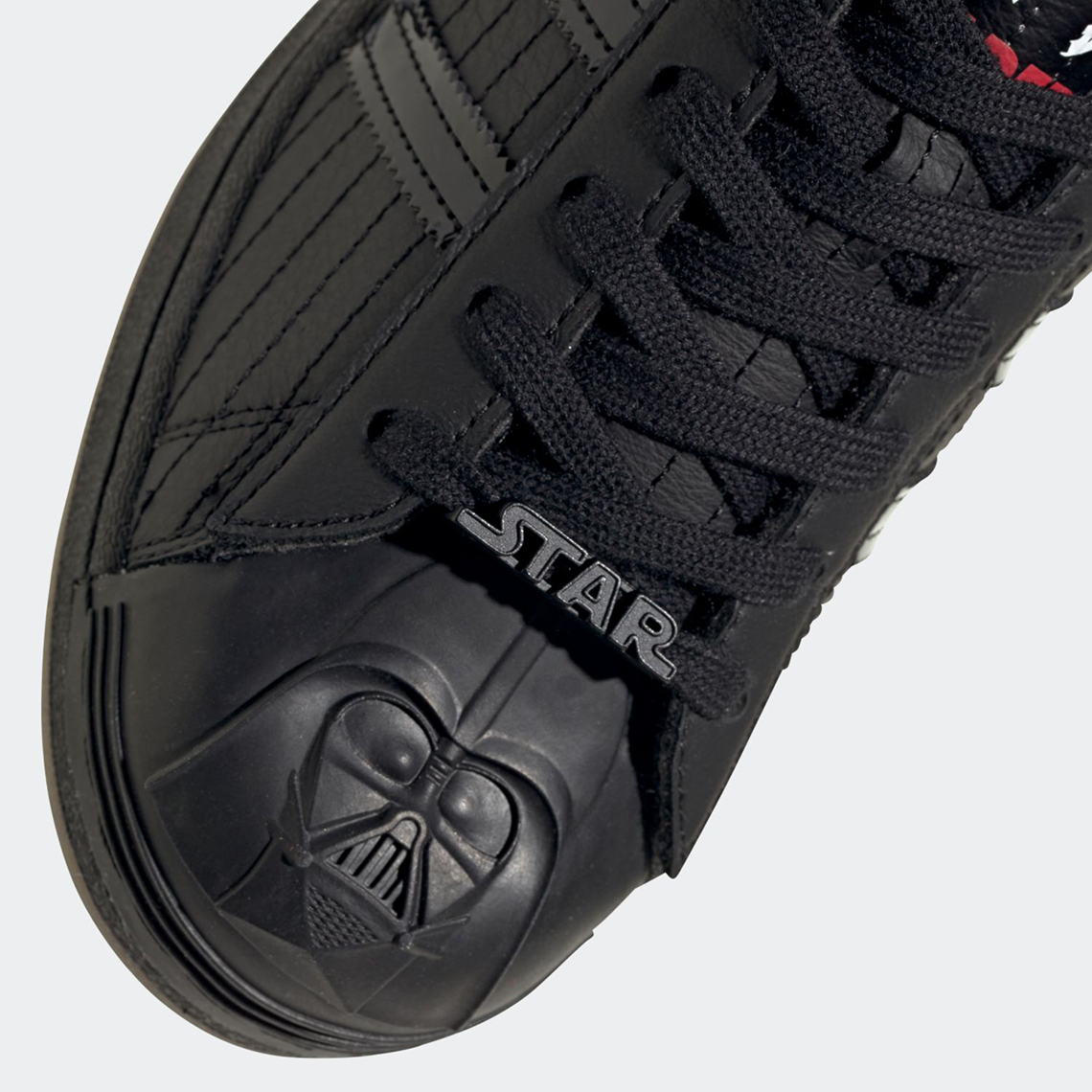