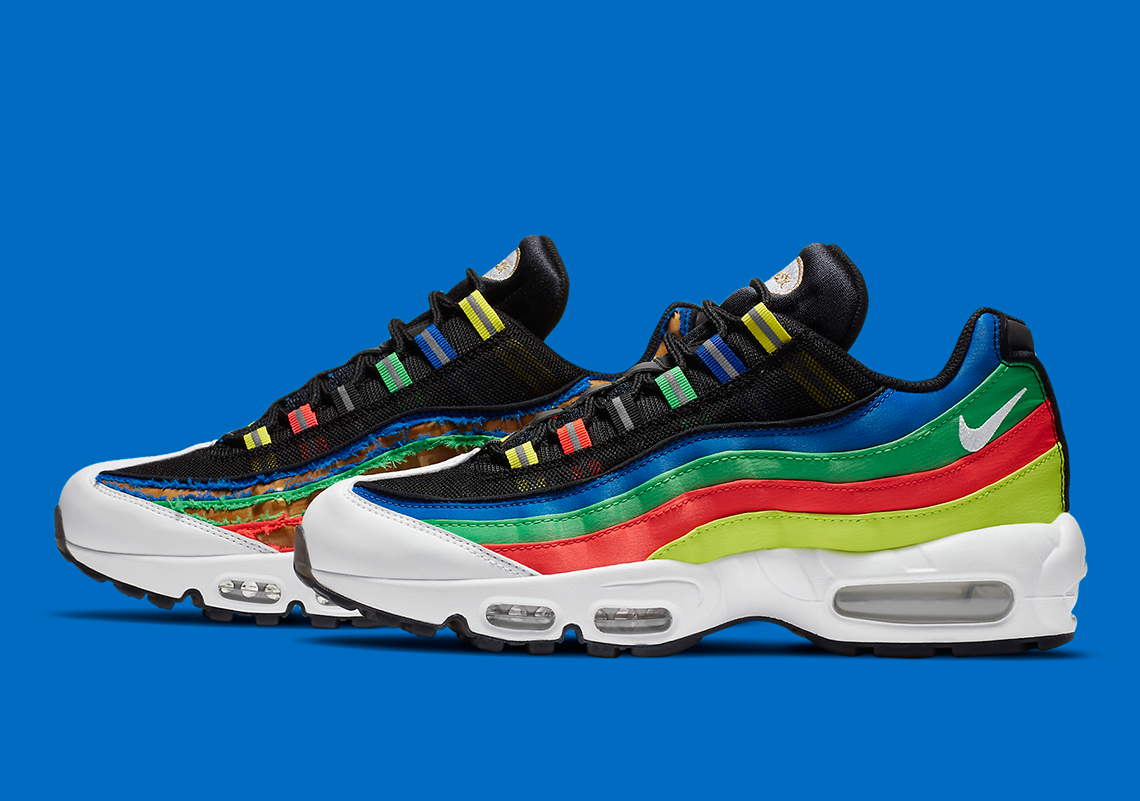 Although the extra-competitive sporting events of the Tokyo Olympics have been pushed to next year, Nike still plans to release the celebratory sneakers they had initially planned out. Among them included a full Olympic-inspired capsule of Sportswear staples that’s now been re-branded under the “Hidden Message” moniker given the cancellation of the events, one being this Air Max 95 rendition. This particular colorway actually launched early this past weekend via BAIT Japan, but a worldwide release is following suit soon.

Clearly influenced from that of the iconic rings logo, this update comes crafted with color gradient overlays that are flipped in reversed fashion from the Air Max 95 “Olympic” version from ’04, all of which have tear-away abilities that uncover gold, silver, and bronze underlays to represent the athletes’ placement medals. Additional details to point out include that of the lace loops which color-coordinate with the aforementioned overlays, as well as the Air bubbles which have been given white complexions – a departure from the gold tones that landed on the original pair. Check out a closer look here, and find these dropping likely in the coming weeks on Nike.com alongside an Air Force 1 Olympic sibling.

For other news, an early look at the upcoming Titan Jordan 23 collab has emerged. 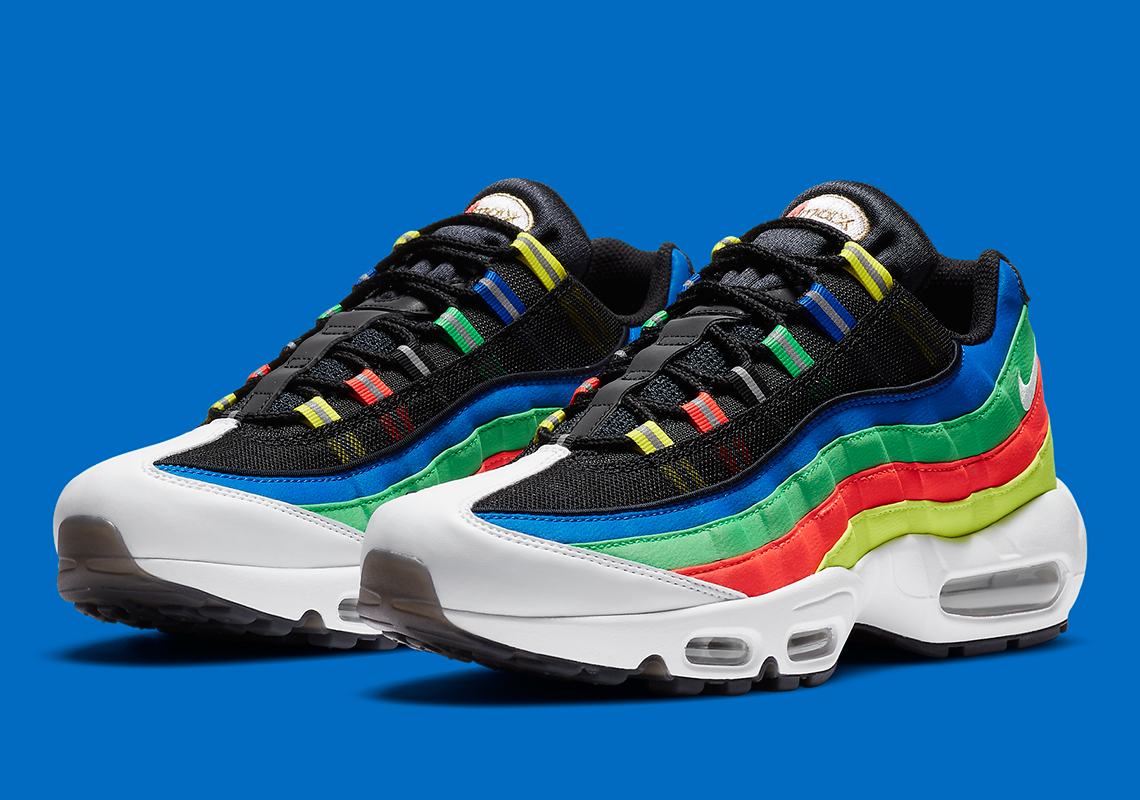 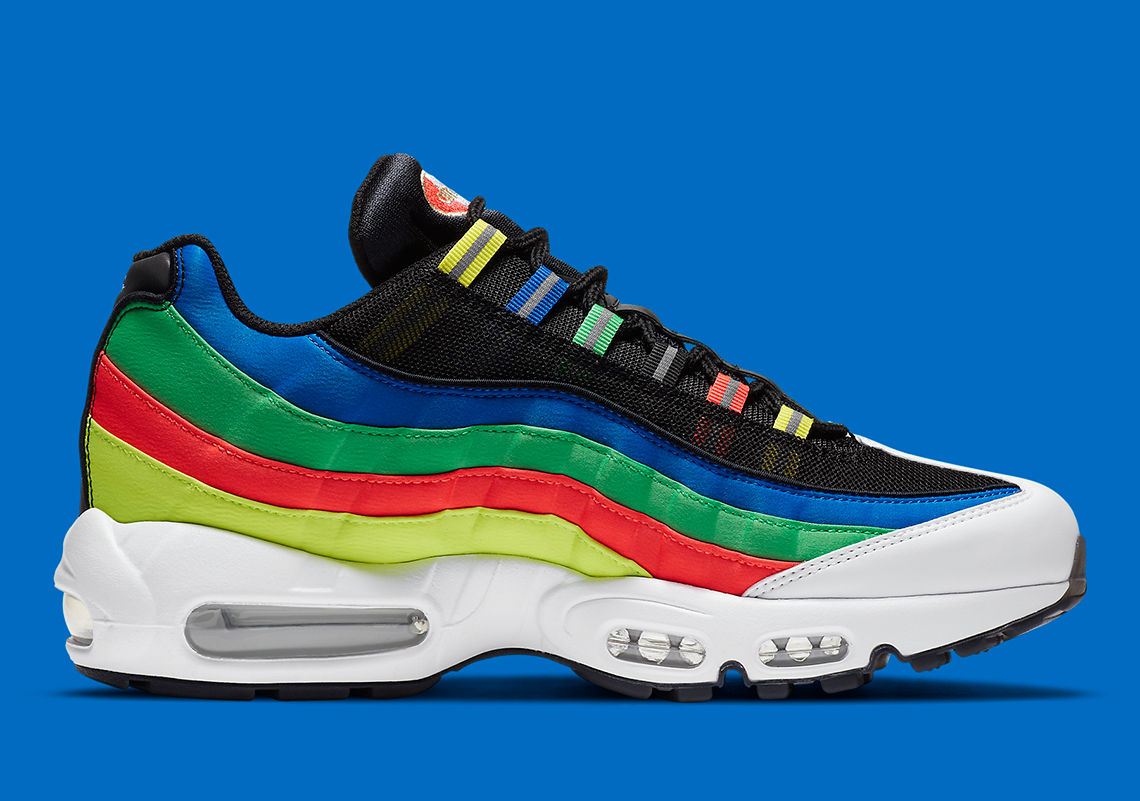 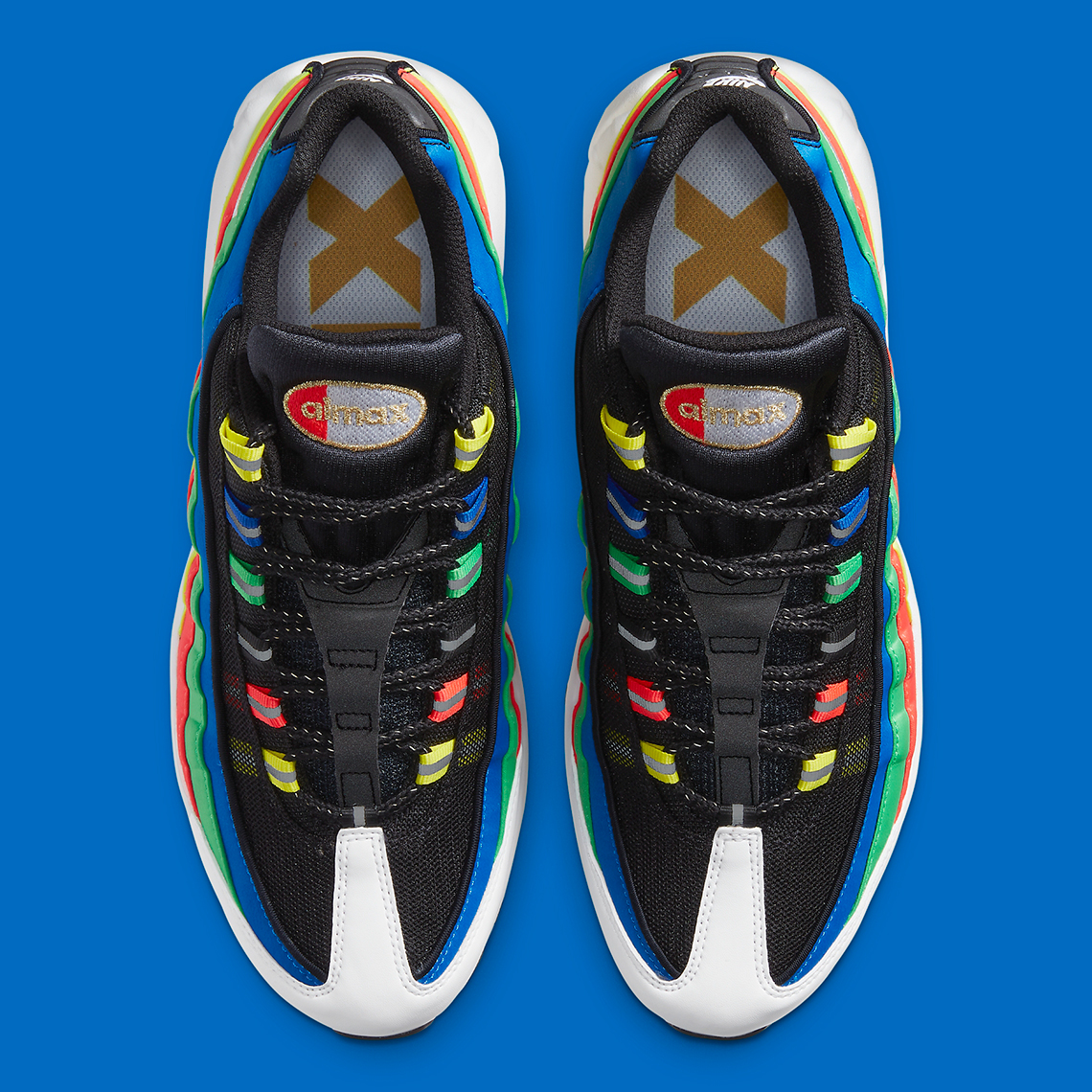 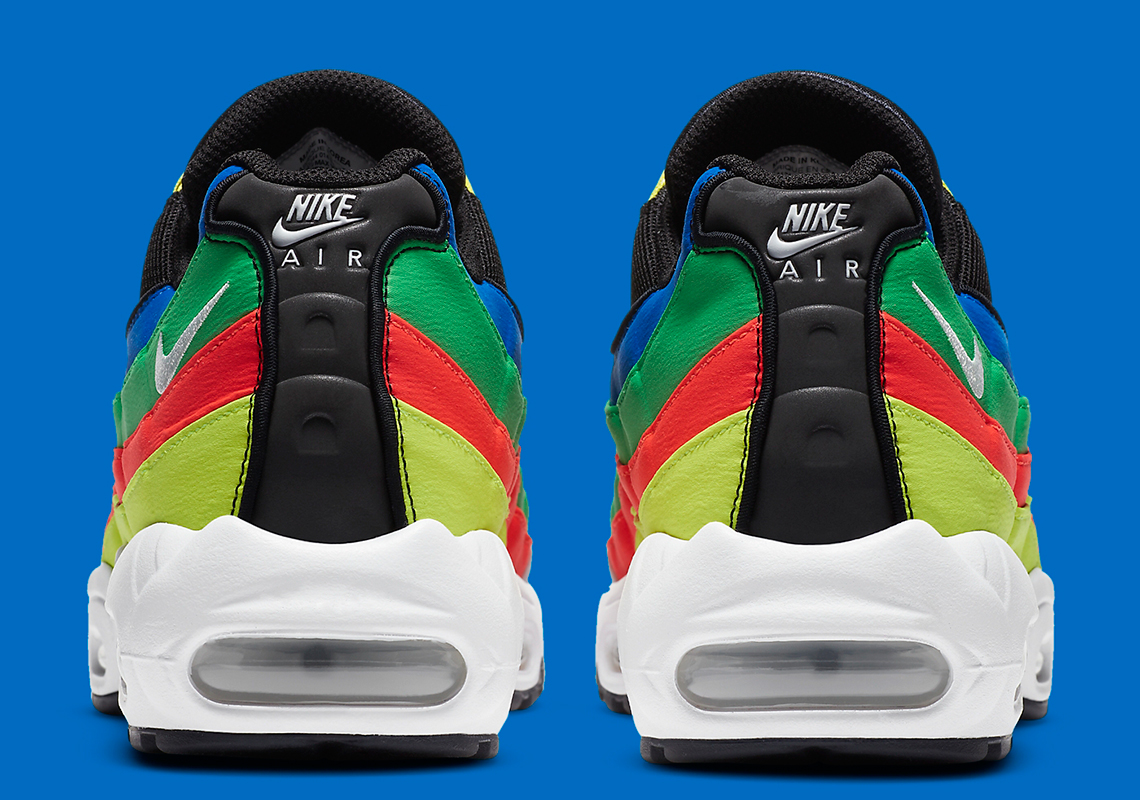 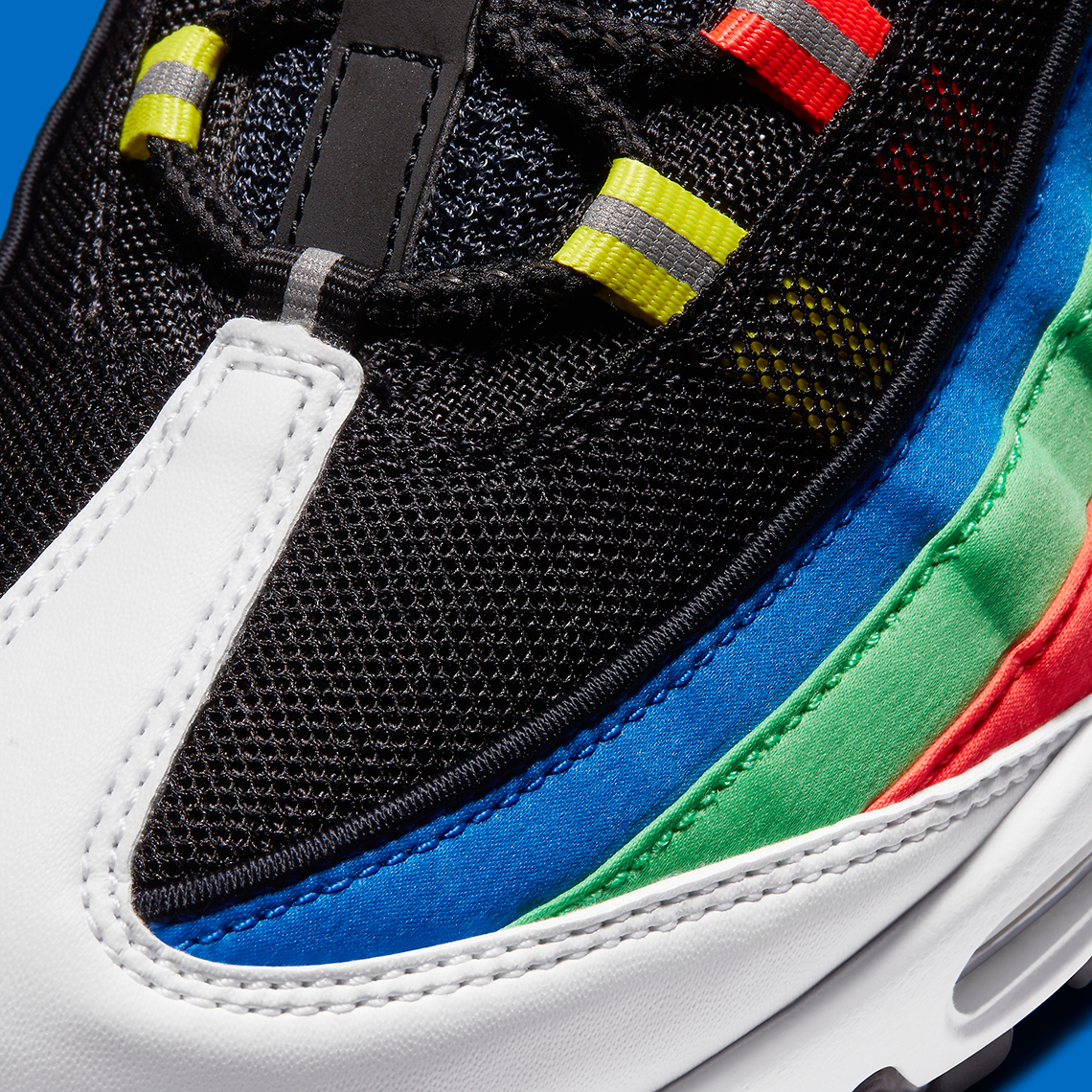 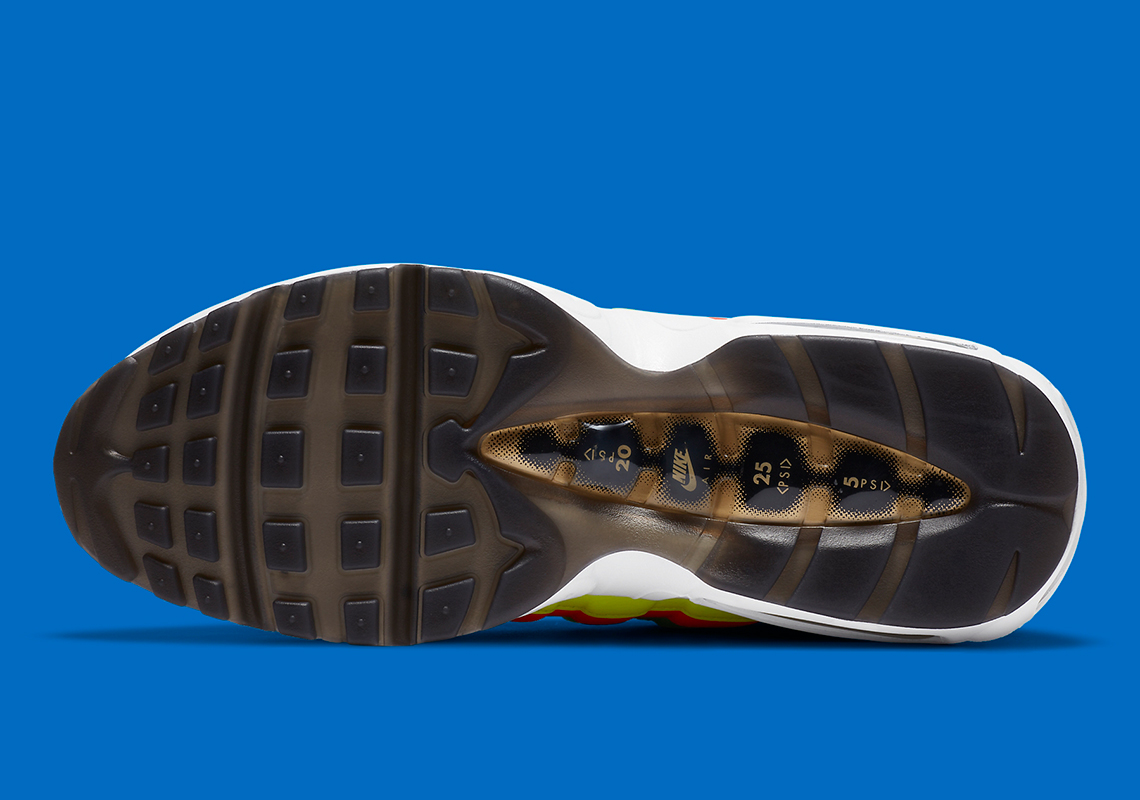 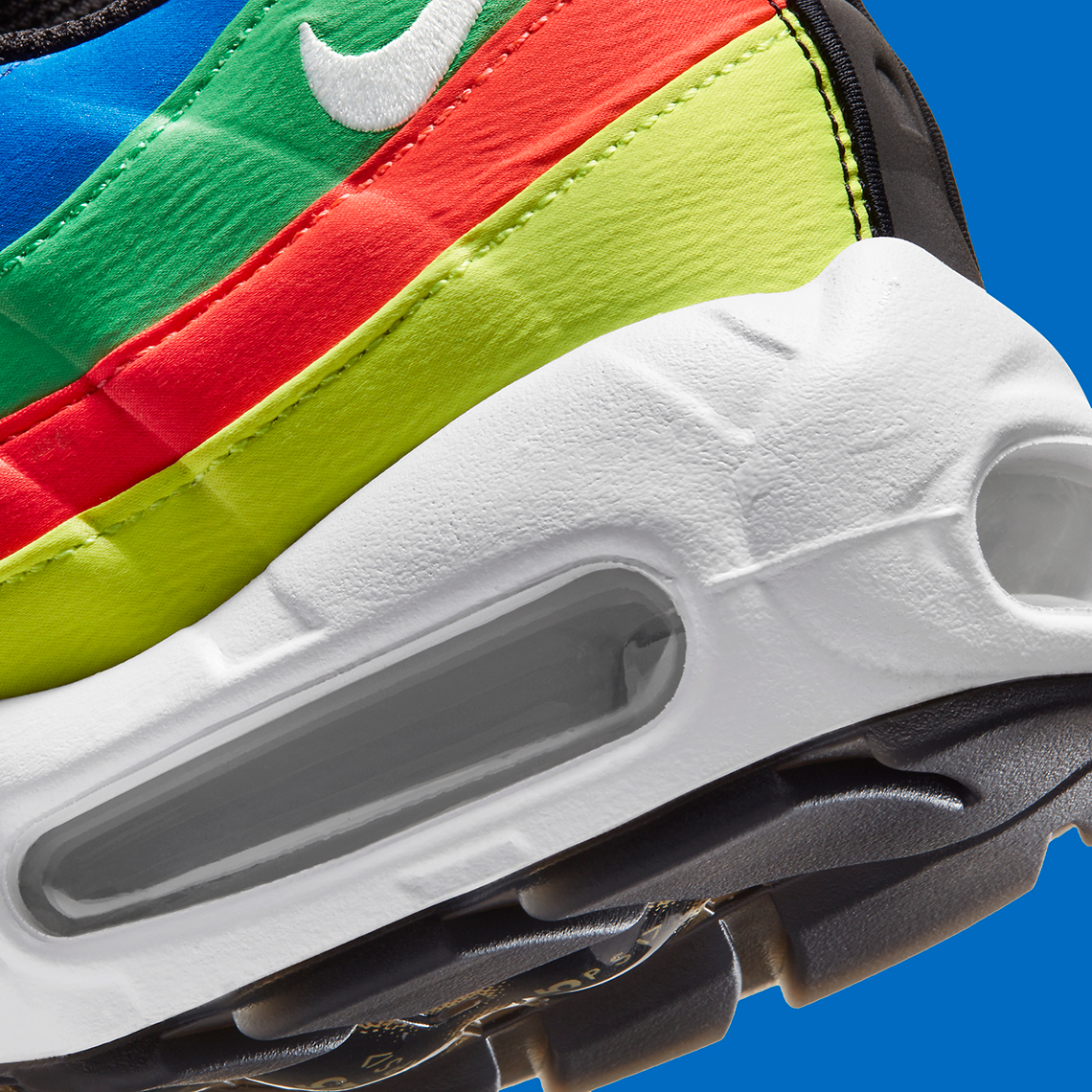 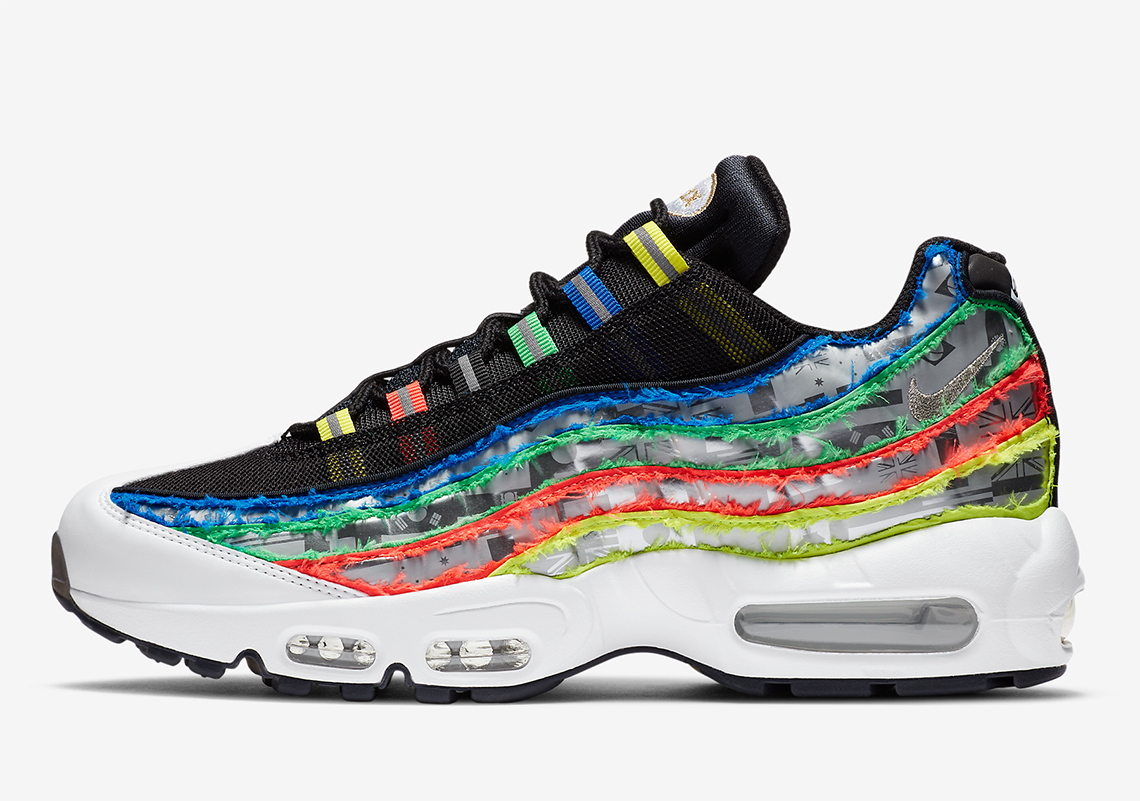 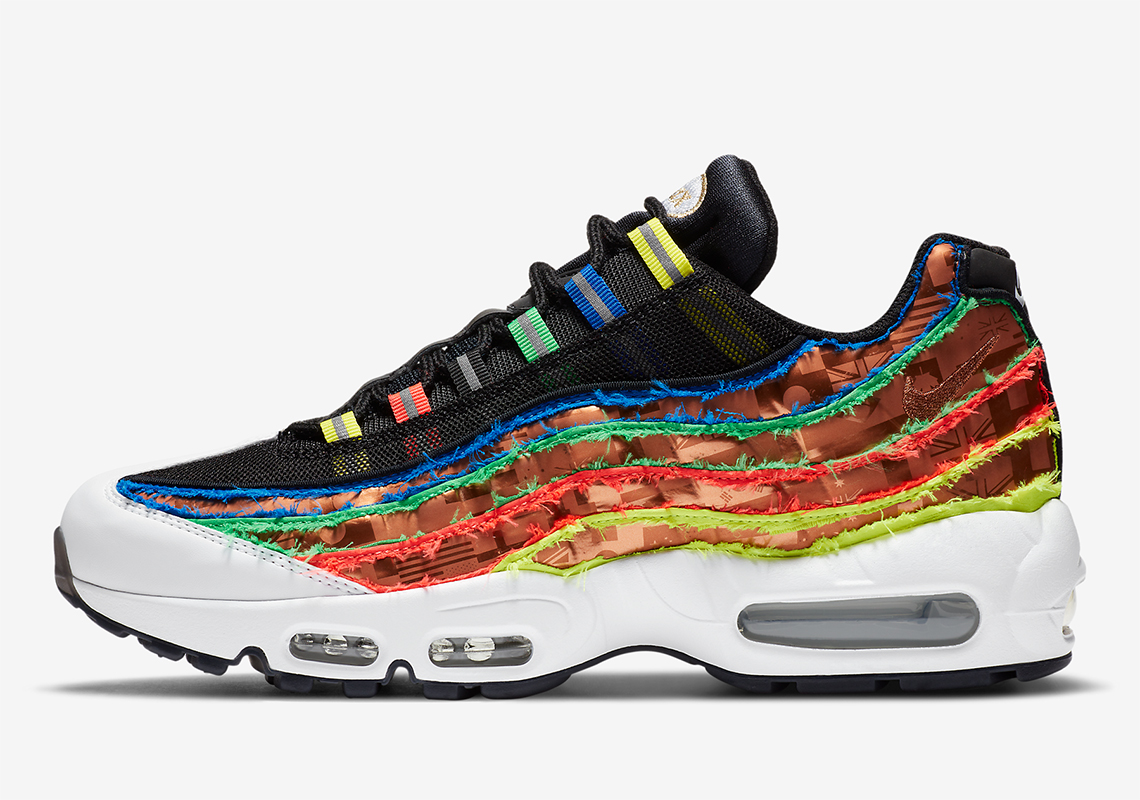 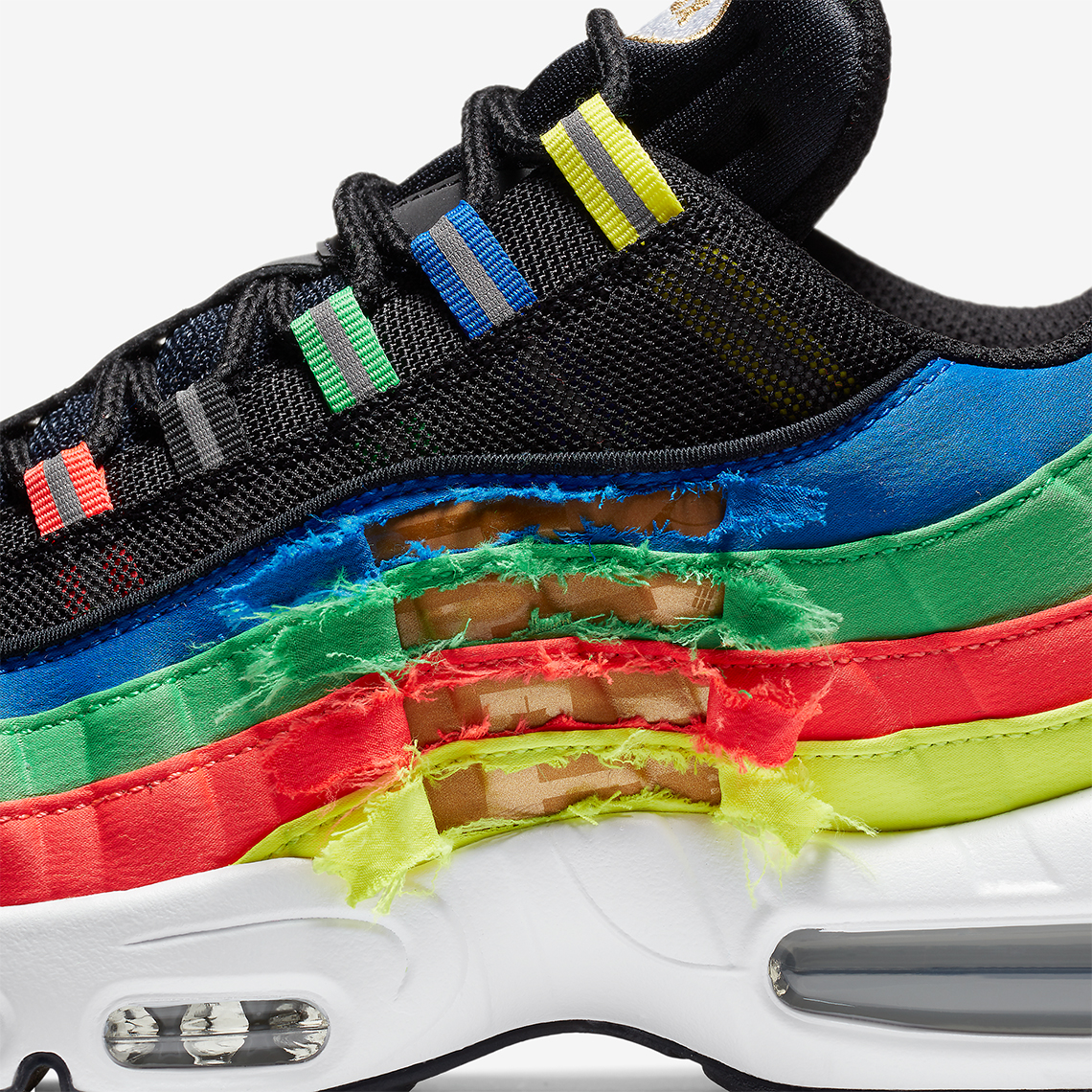 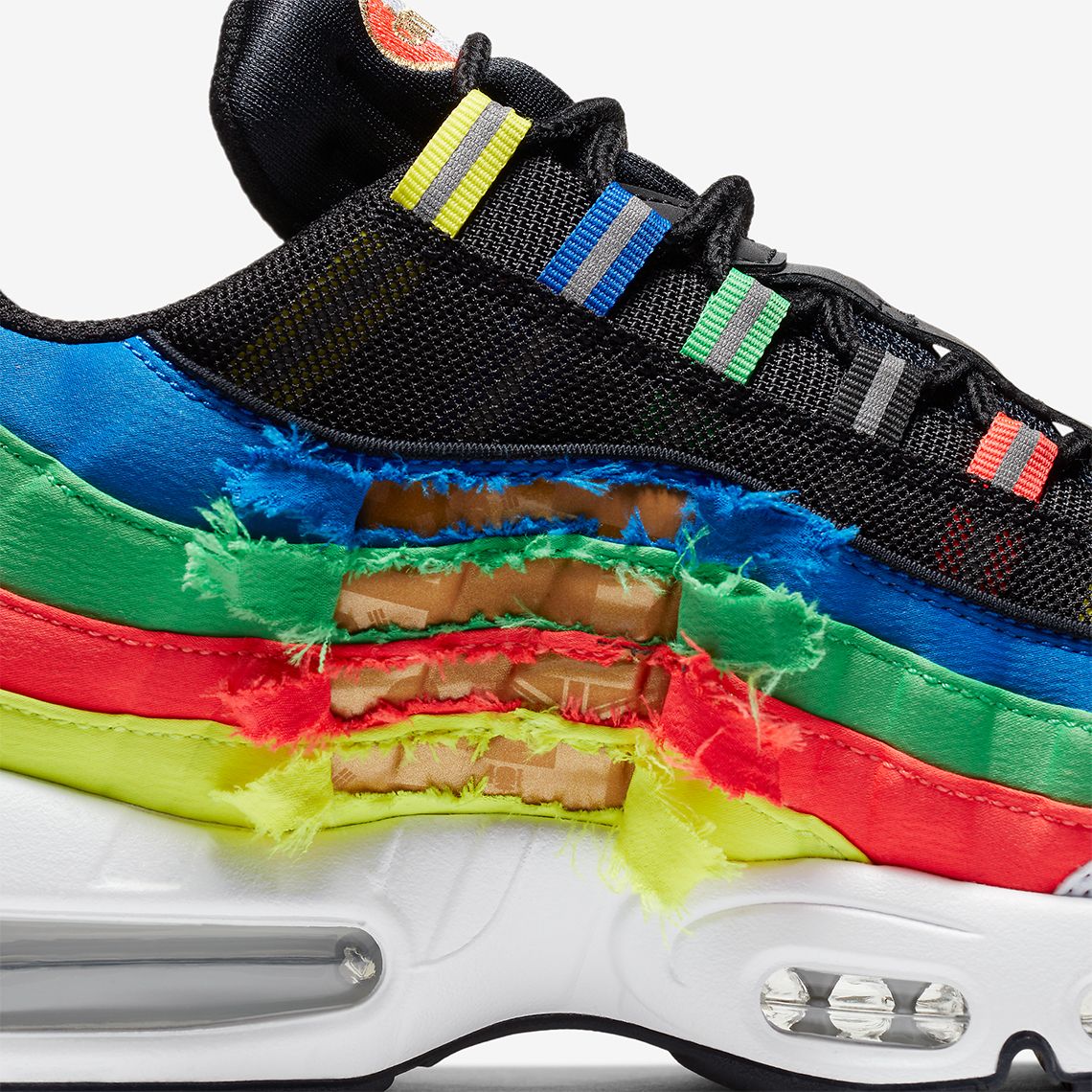 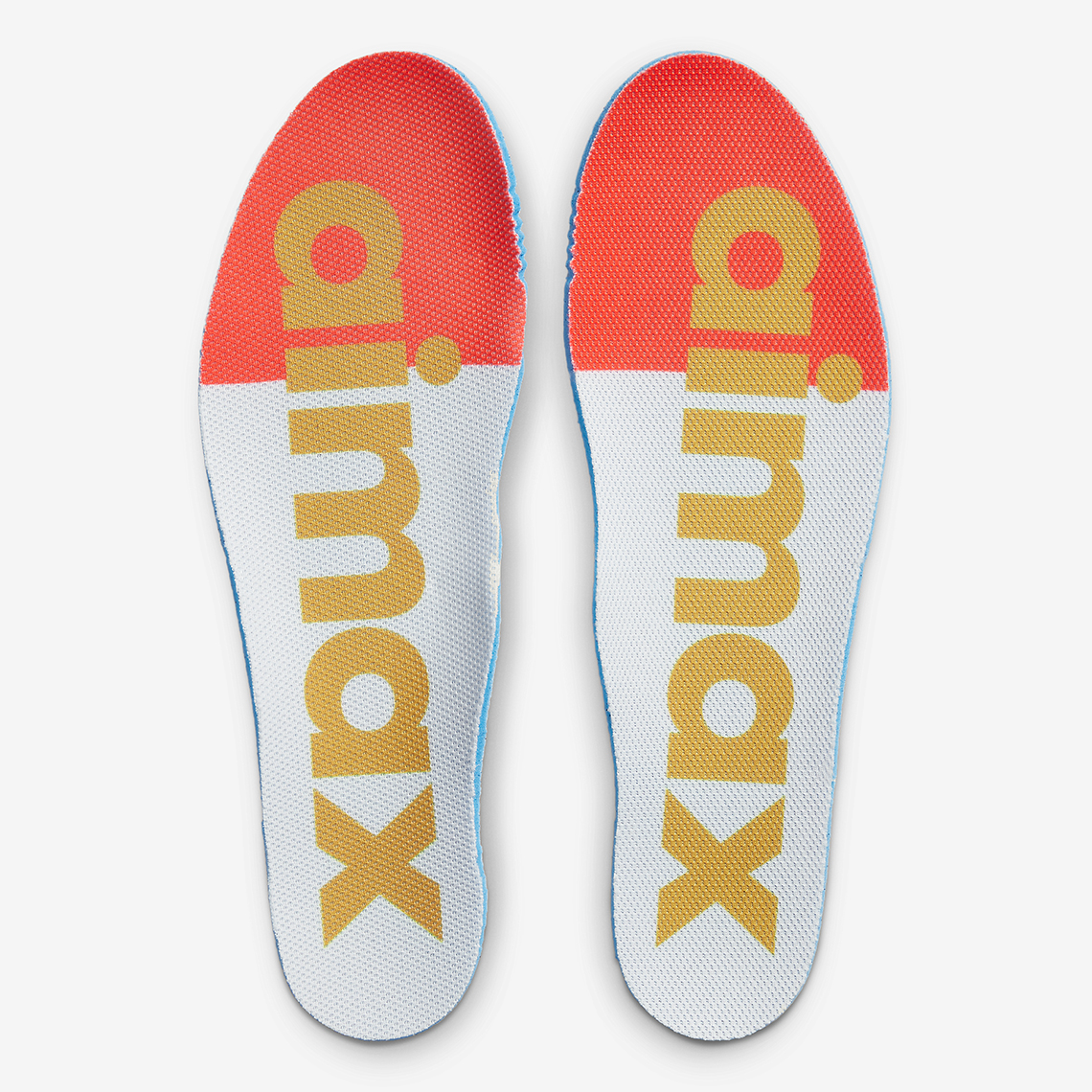