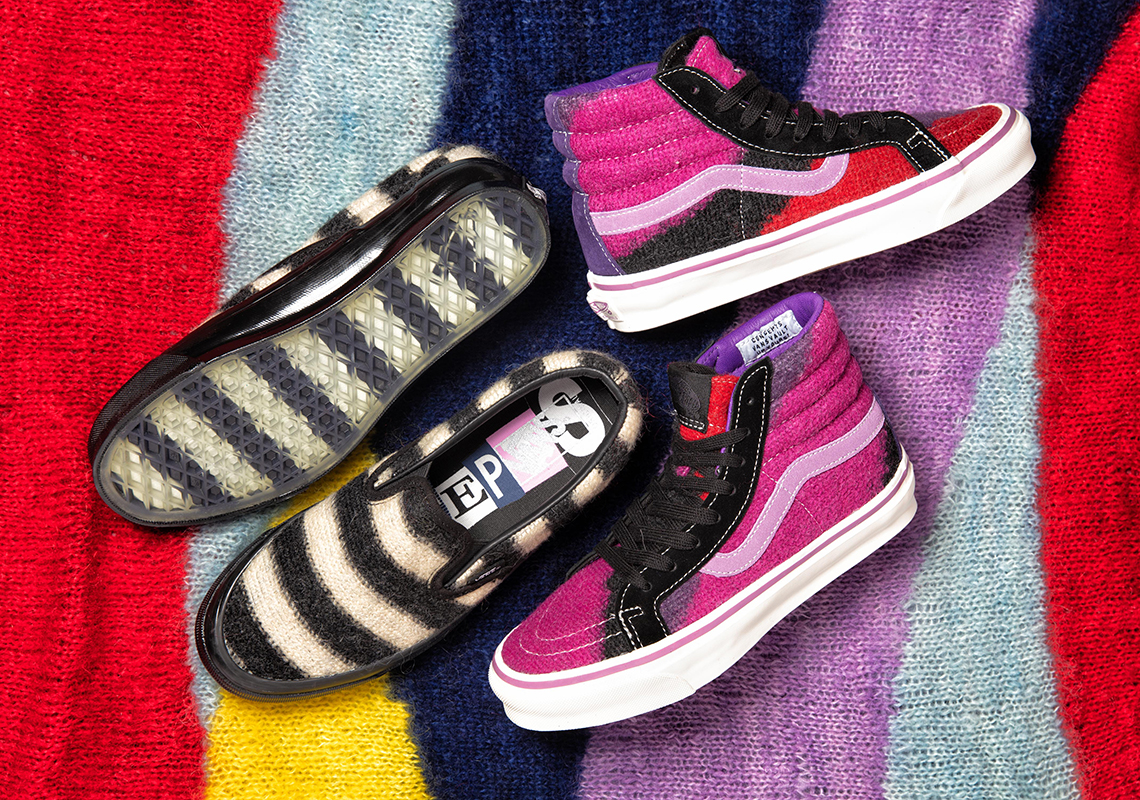 Deon Point, creative director of Concepts, and his team have been hard at work lately as they’ve embarked on multiple collaborative footwear ventures over the past several weeks. Lately, they’ve been tapped by brands such as New Balance to create a vodka cranberry-inspired 327, and adidas to contribute to the revived A-ZX series through a ZX 9000 influenced from marathon runner’s mylar jackets. In September, they’re building upon their garnered impetus through another project with the skatewear experts of Anaheim, CA — Vans.

Sneakers and apparel will be involved in this collaboration, the former of which will be comprised of two classic silhouettes in the Slip-On and the Sk8-Hi. Both designs stem from 1970’s punk time period — an era that many dub the “anti-fashion movement”. The Slip-On pair is decorated with black and marshmallow stripes materialized through Vivienne Westwood-inspired mohair atop the upper and through graphical treatments across the outsole. Its release sibling in the Sk8-Hi is also clad in mohair stripe patterns, but opts to go with more vivid alternating “Purple Plumeria”, red, and black color-blocking. Each option’s footbed is also printed with co-branded hits; the Concepts lettering being more pronounced in oversized punk-inspired font. If you’re looking to cop, these will be available on cncpts.com come September 24th for $90-$110.

In other news, another Golf Wang Converse Chuck 70 is dropping later this month. 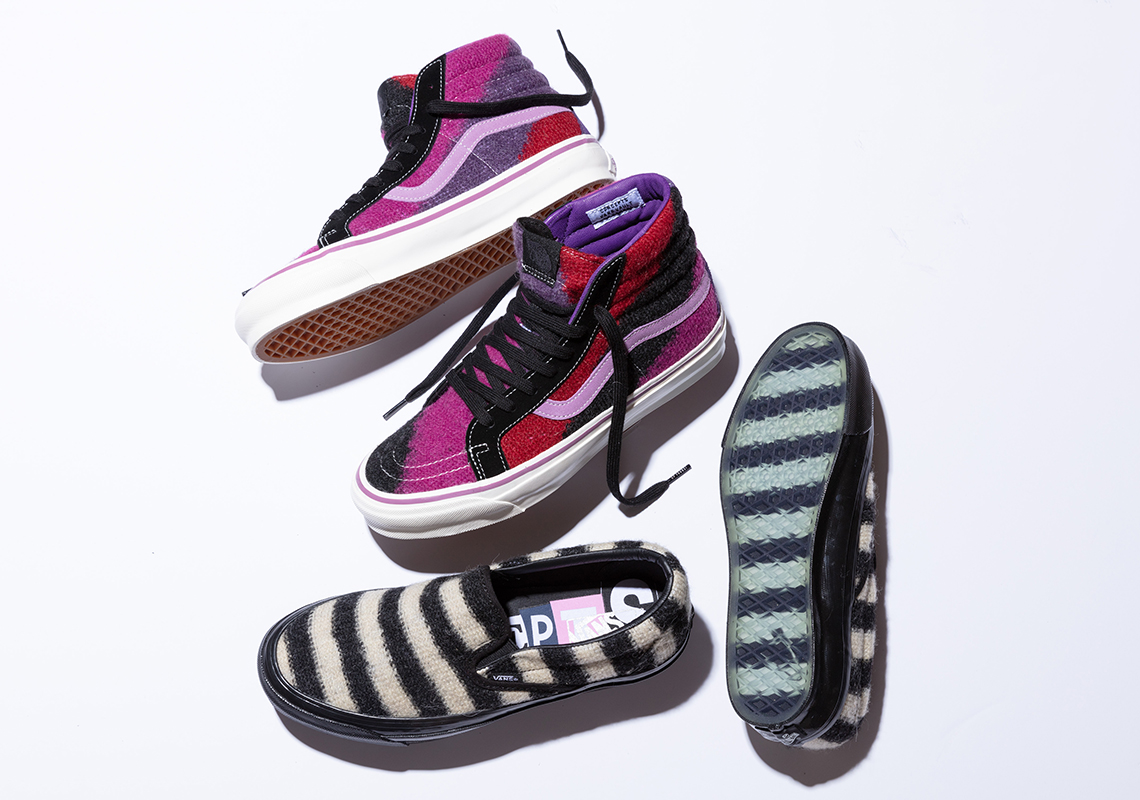 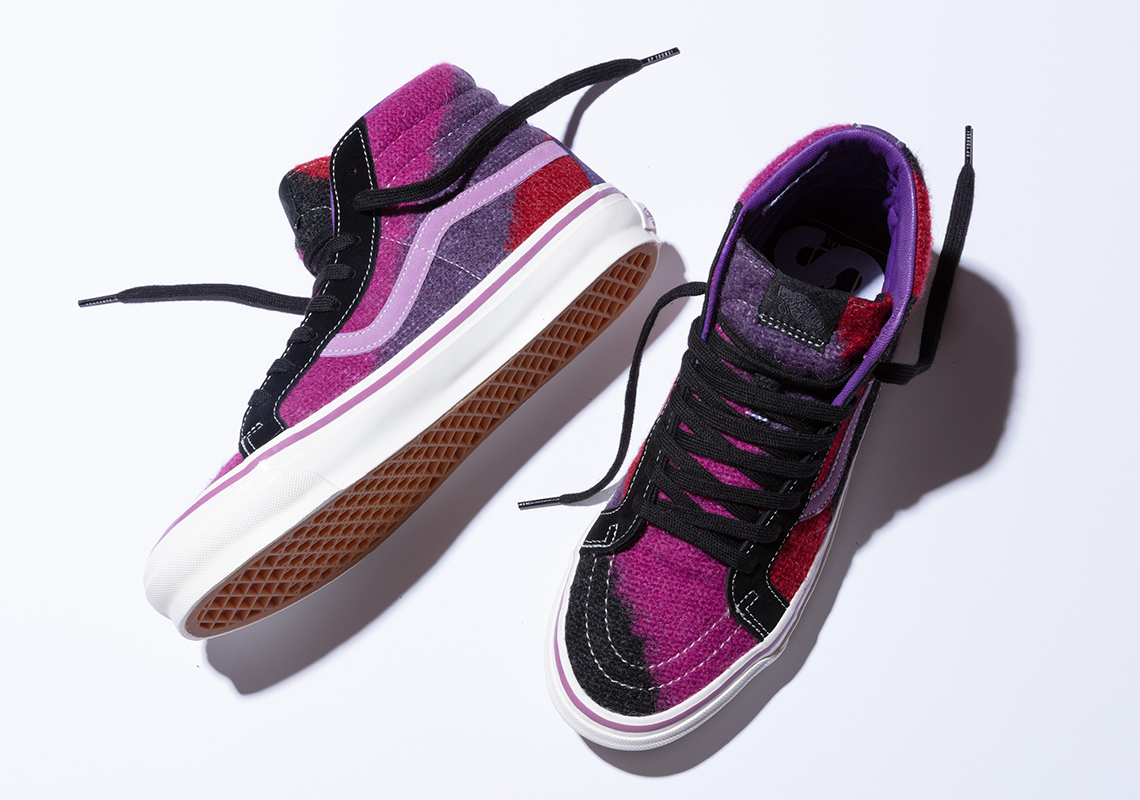 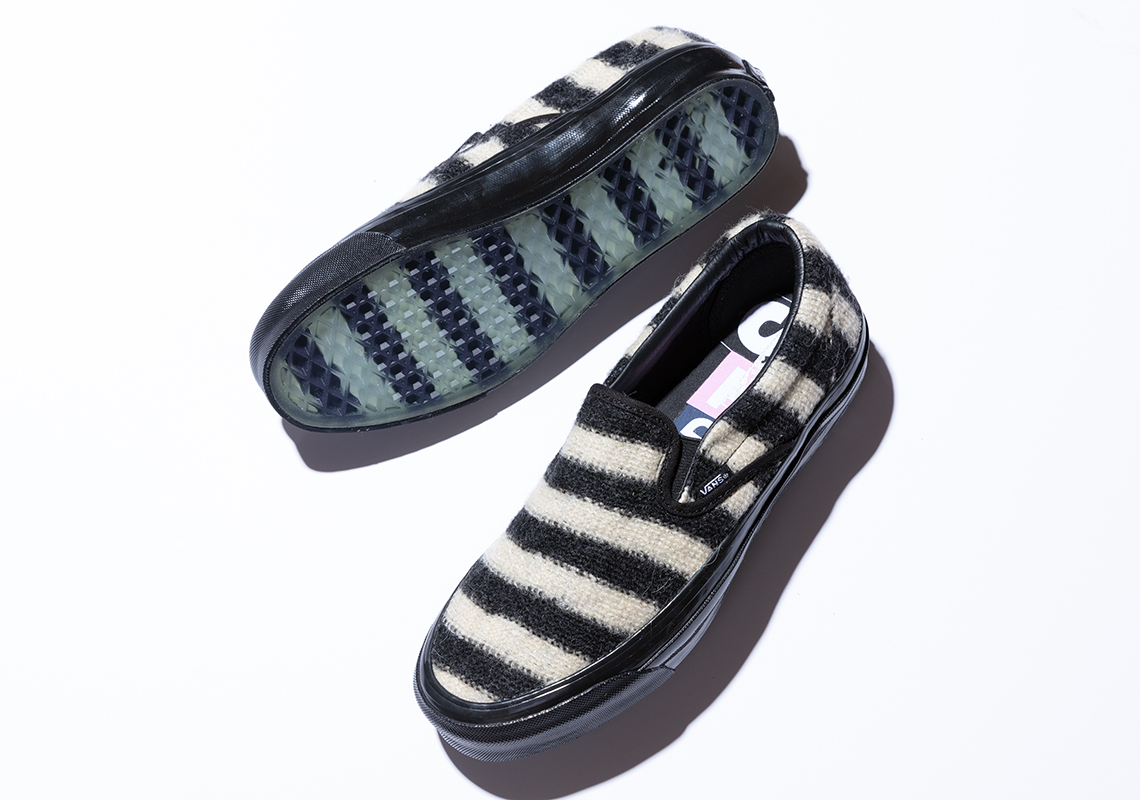 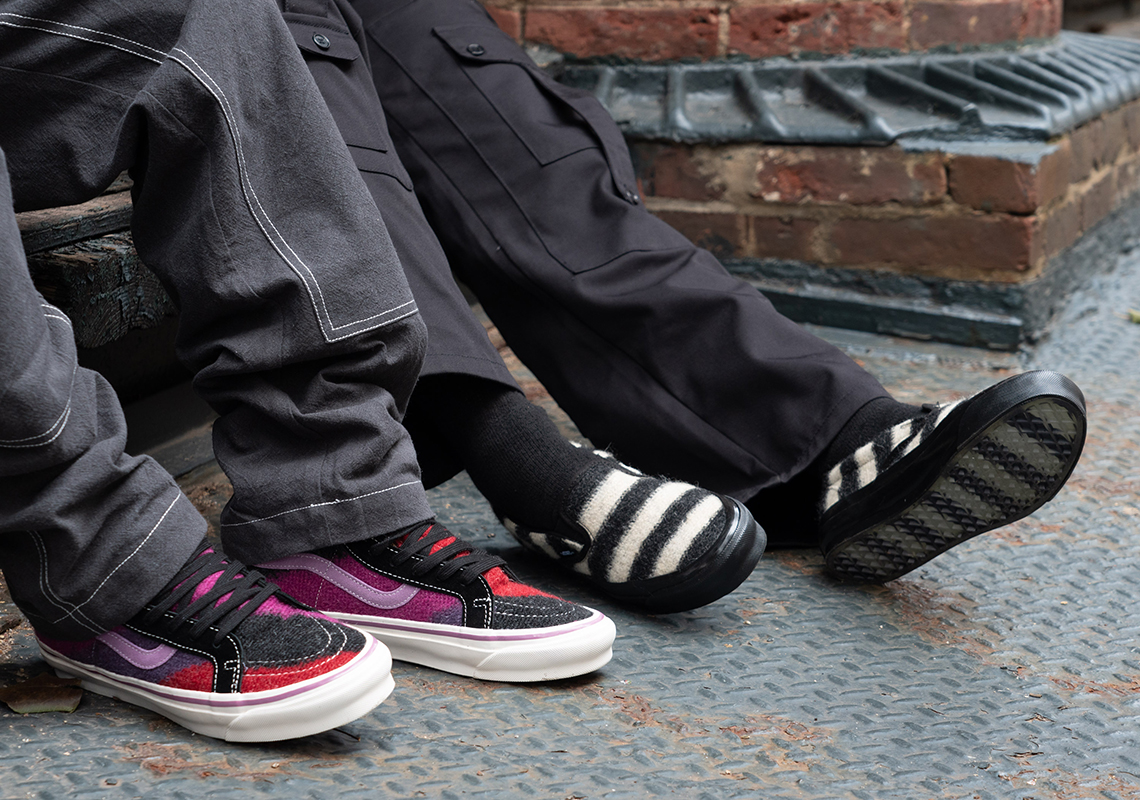