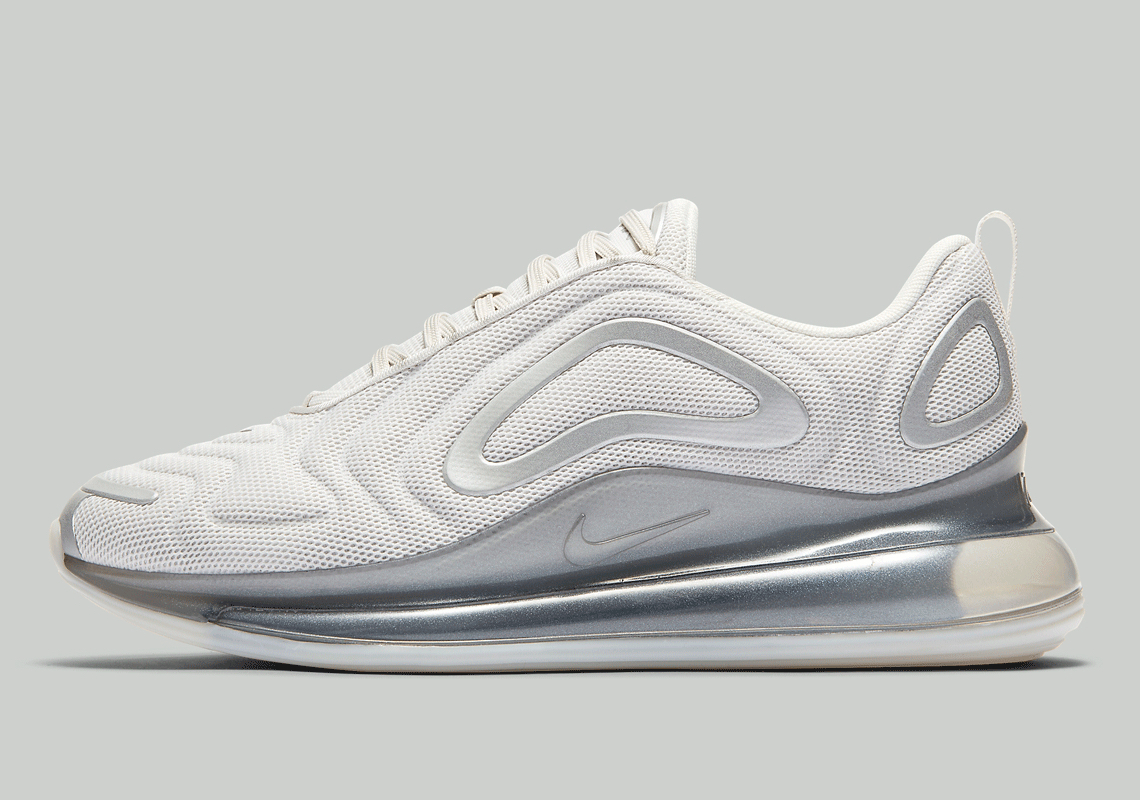 The Nike Air Max 720 has been on the market since February 2019, but still appears straight from the future. Its latest “White/Platinum Tint/Metallic Silver” colorway further drives the futuristic aesthetic home.

Vibrant, all-over arrangements have been common on the silhouette, but they arguably clash with the bold statement inherent to the model’s design. On the newly-surfaced option, a tonal mesh sets the stage for shimmering accents along the profiles, at the toe, and around to tongue. Laces indulge in an off-white hue that doesn’t detract from the rest of the Air Max‘s clean ensemble. Underfoot, the plump Airbag and its accompanying mold indulge in a matte platinum finish, with the former boasting a semi-translucent composition. Outsoles round out the pair in an equally greyish styling.

An official Nike.com release date is still unknown, but this Air Max 720 is likely to launch before 2020 ends. In the meantime, enjoy official images of the shoes here below.

For more from the Swoosh, check out the latest pairs of the ever-classic Air Force 1, which include weather-proof outfits from GORE-TEX. 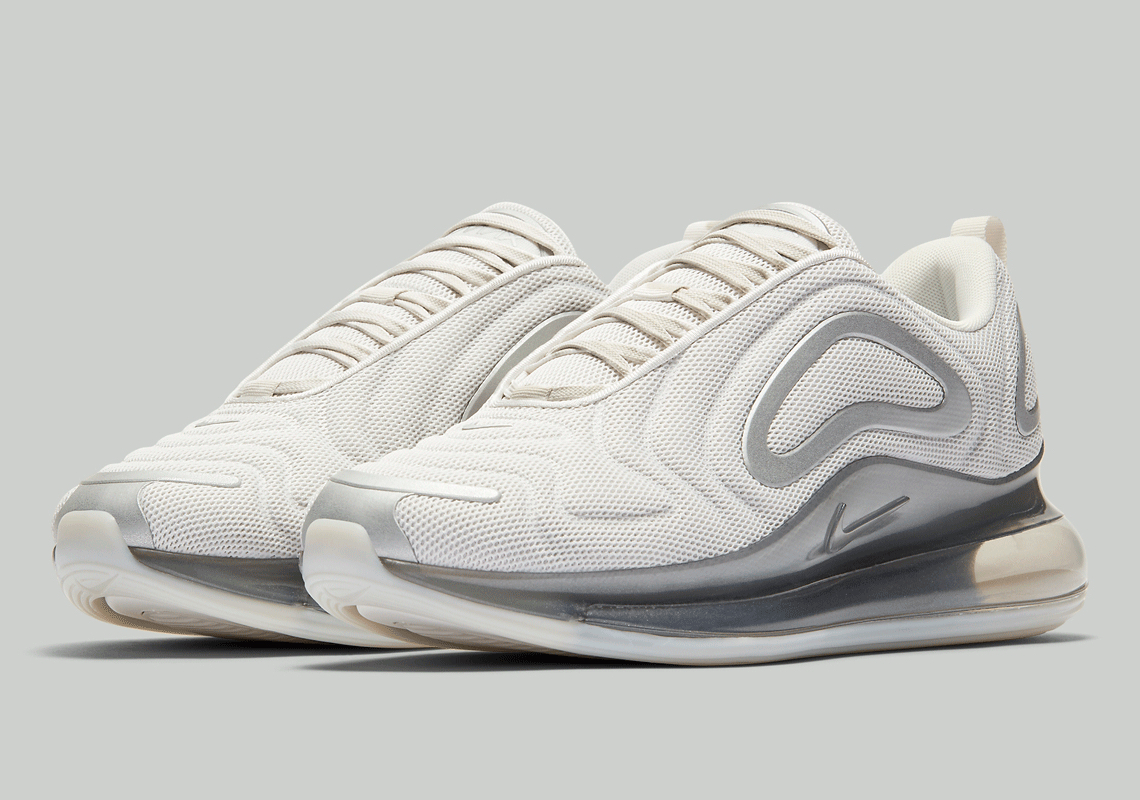 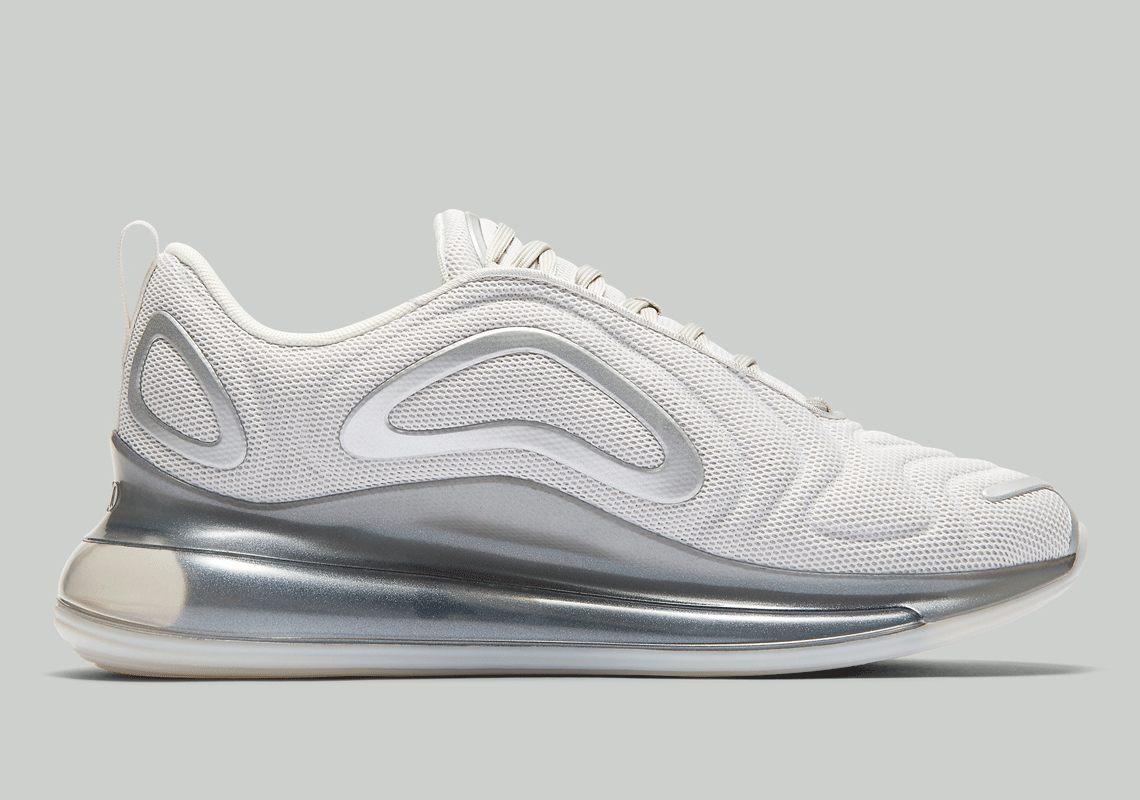 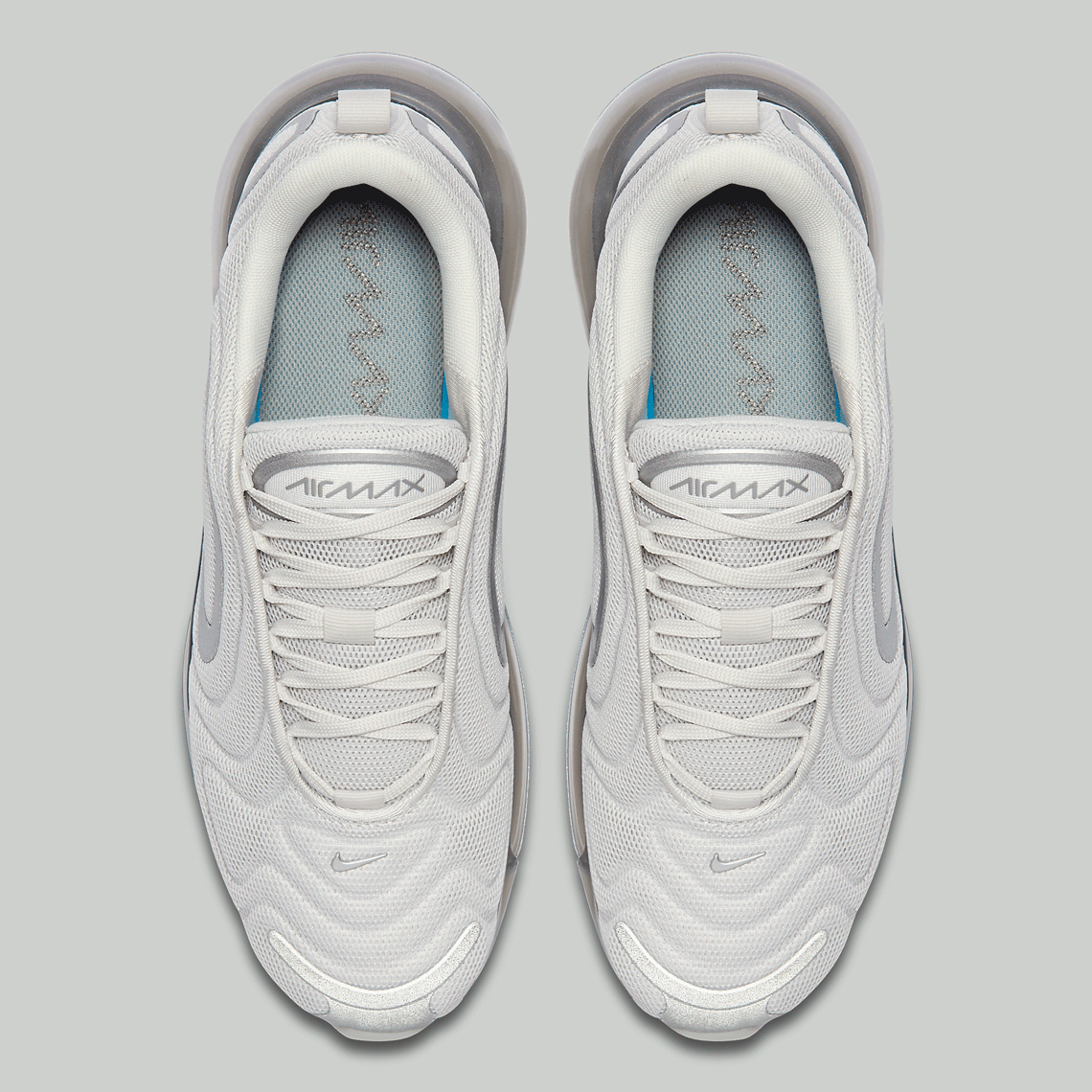 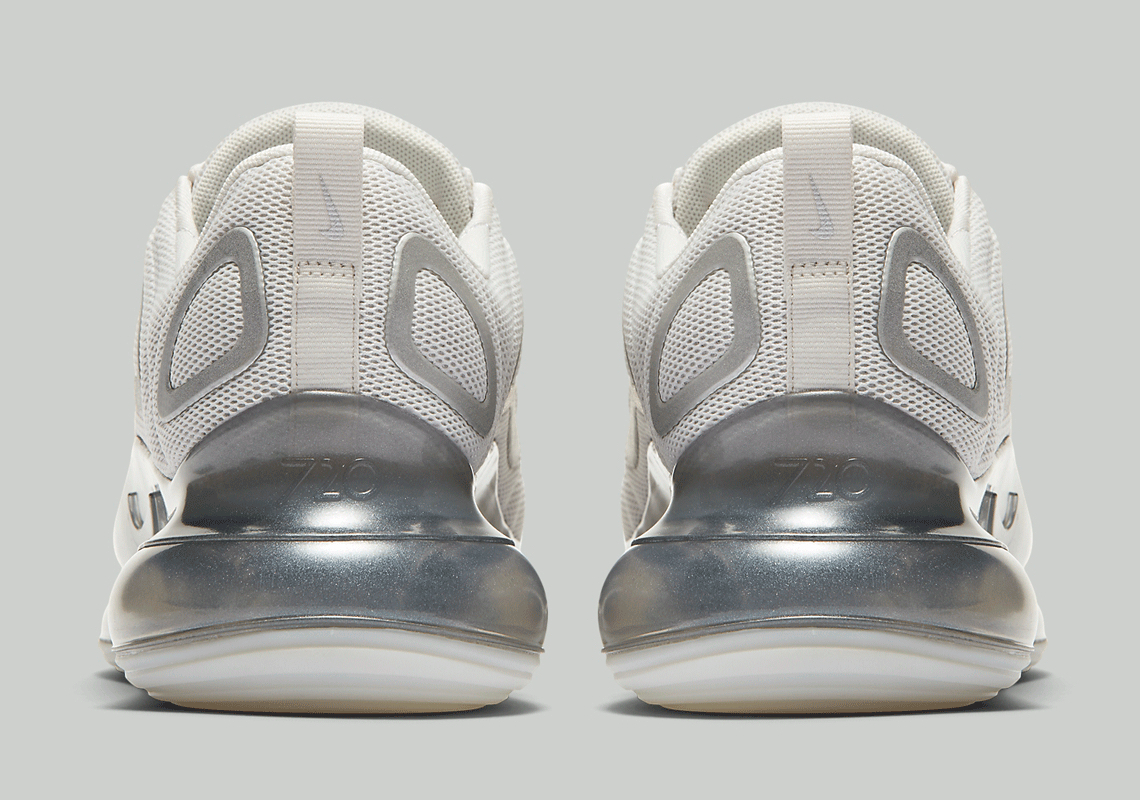 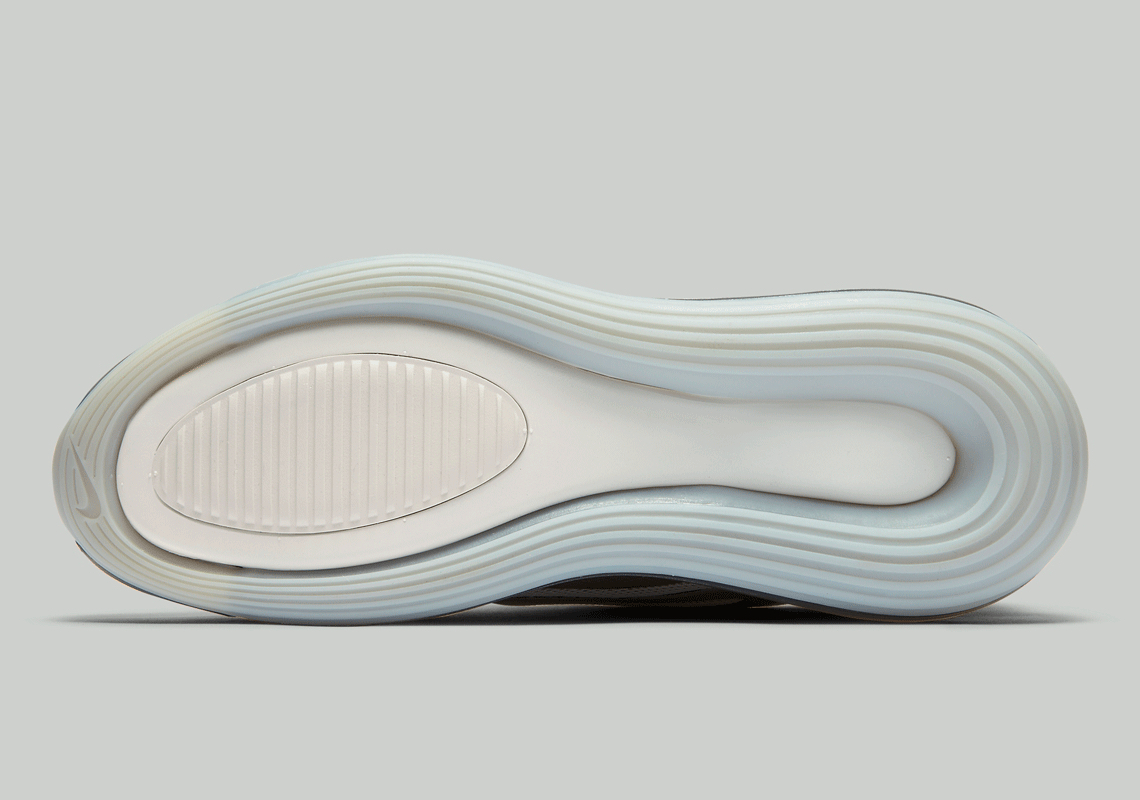 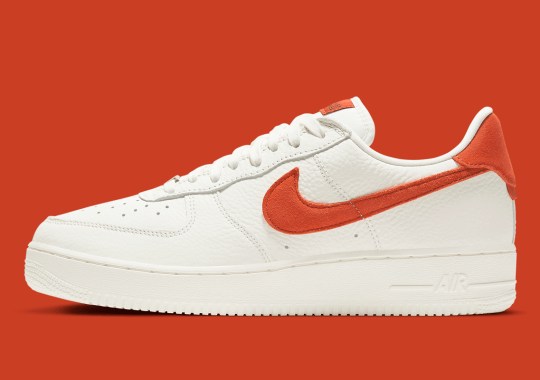