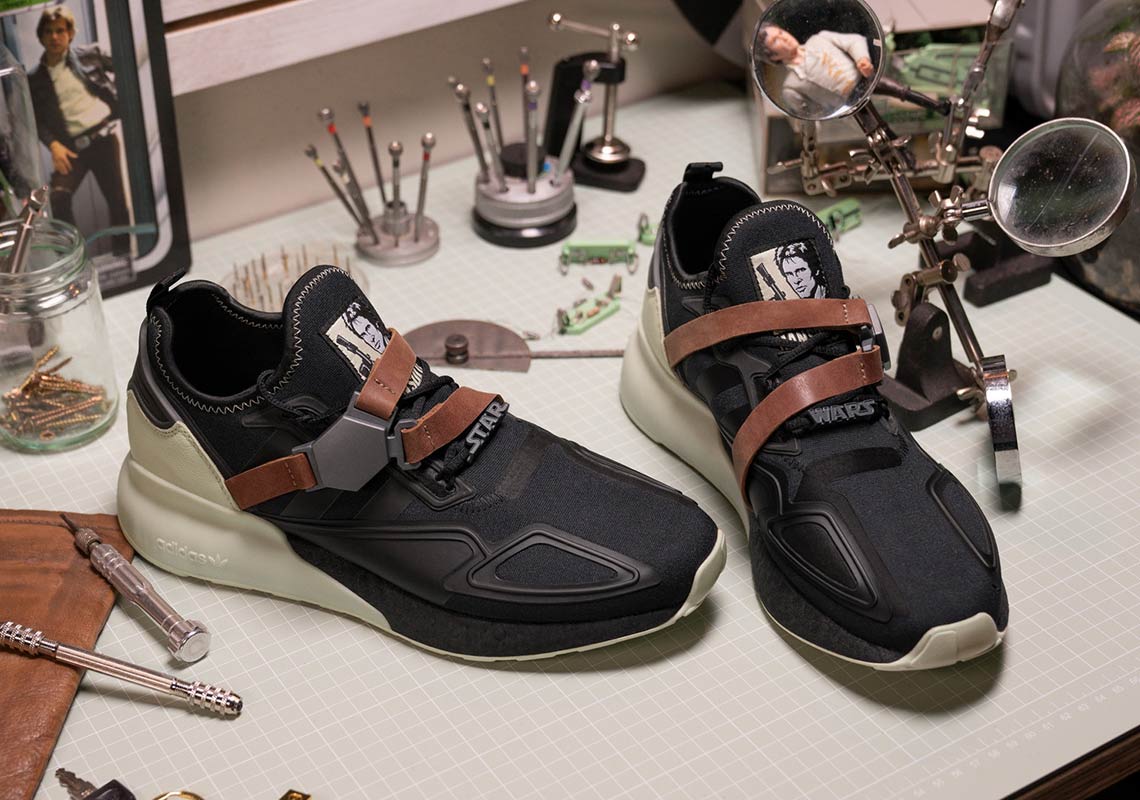 adidas’ long-running homage to the Star Wars universe has flipped back and forth between new era and old. But upon the end of the modern trilogy, it seems most of the upcoming releases have been dedicated to the originals — the brand offering up a boxed Boba Fett Top Ten Hi, a Darth Vader likened Superstar, and now a Han Solo dedicated ZX 2K BOOST.

The latter, though hued primarily in neutrals, captures the most significant features of the smuggler-turned-rebel-leader’s design, most notably his holster. Brown leather straps mimic the worn-in effect seen in the films, its material wrapping towards the metallic buckle that’s a near identical replica to its inspiration. Elsewhere, a relatively ordinary construction lies underneath, hued in a full black along the mesh and synthetic. Beige toolings outfit below along the sole as well as the counter, while the tongue bears the Solo’s young portrait with blaster and all.

Grab a detailed look at these here, and as they’re currently available at select retailers, it shouldn’t be too long before we see a release at adidas.com.

In other news, the Yeezy Boost 350 v2 Carbon is releasing first thing October. 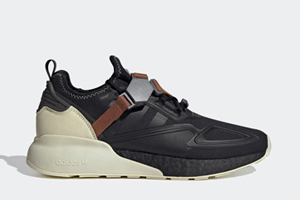 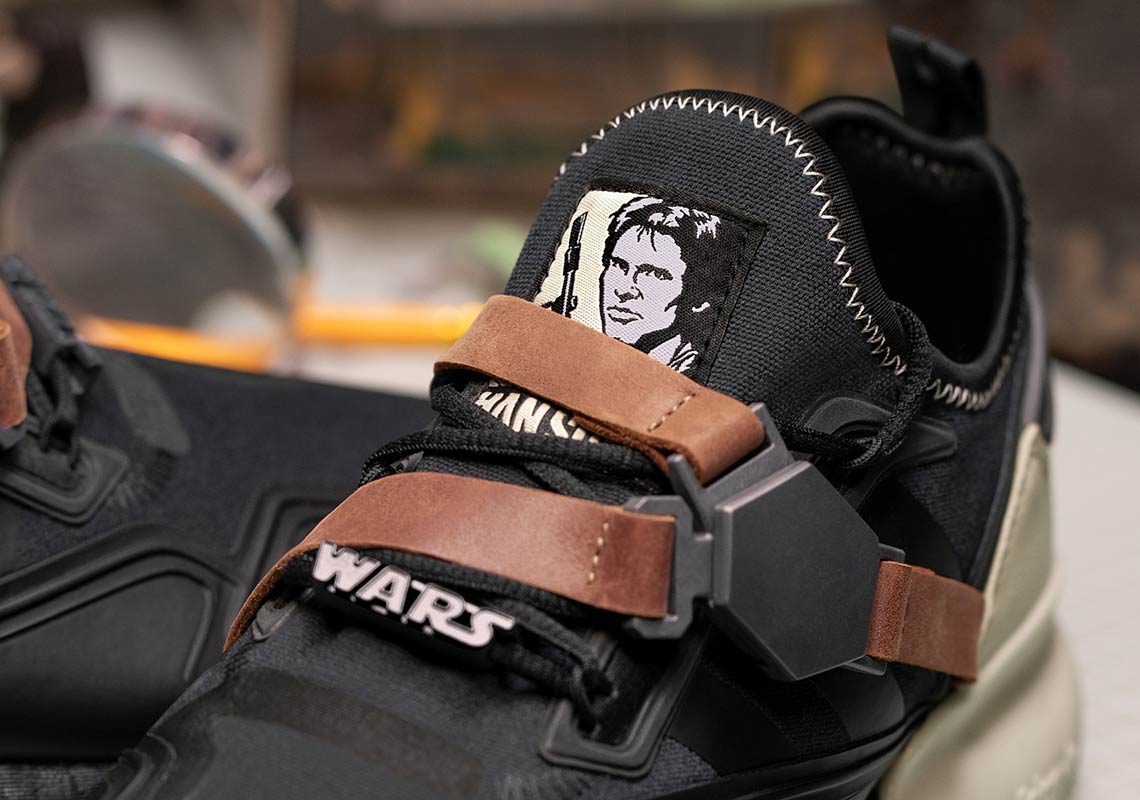 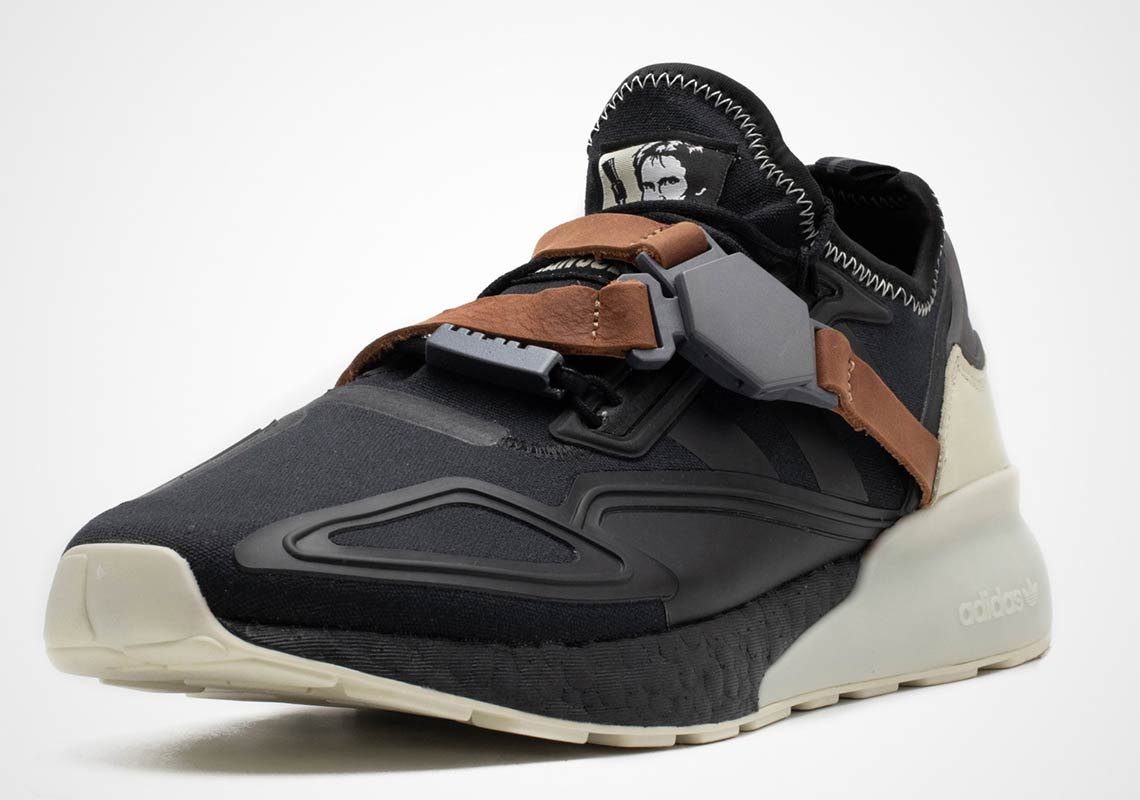 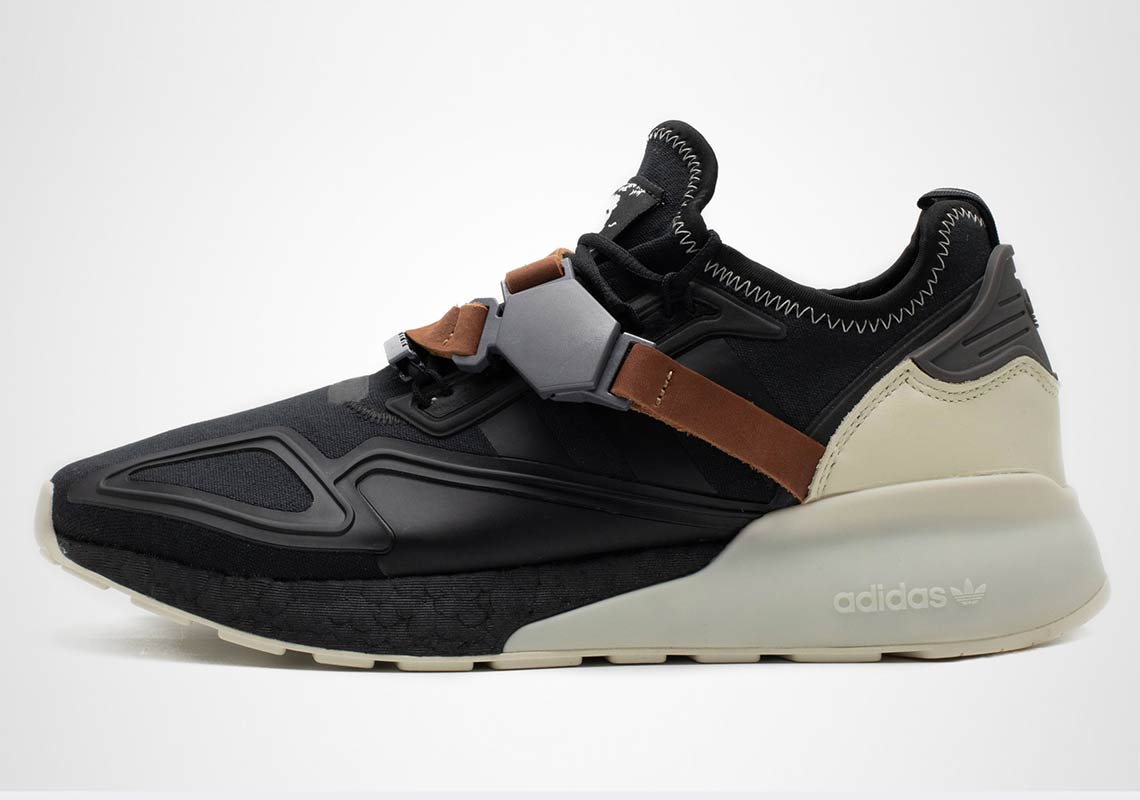 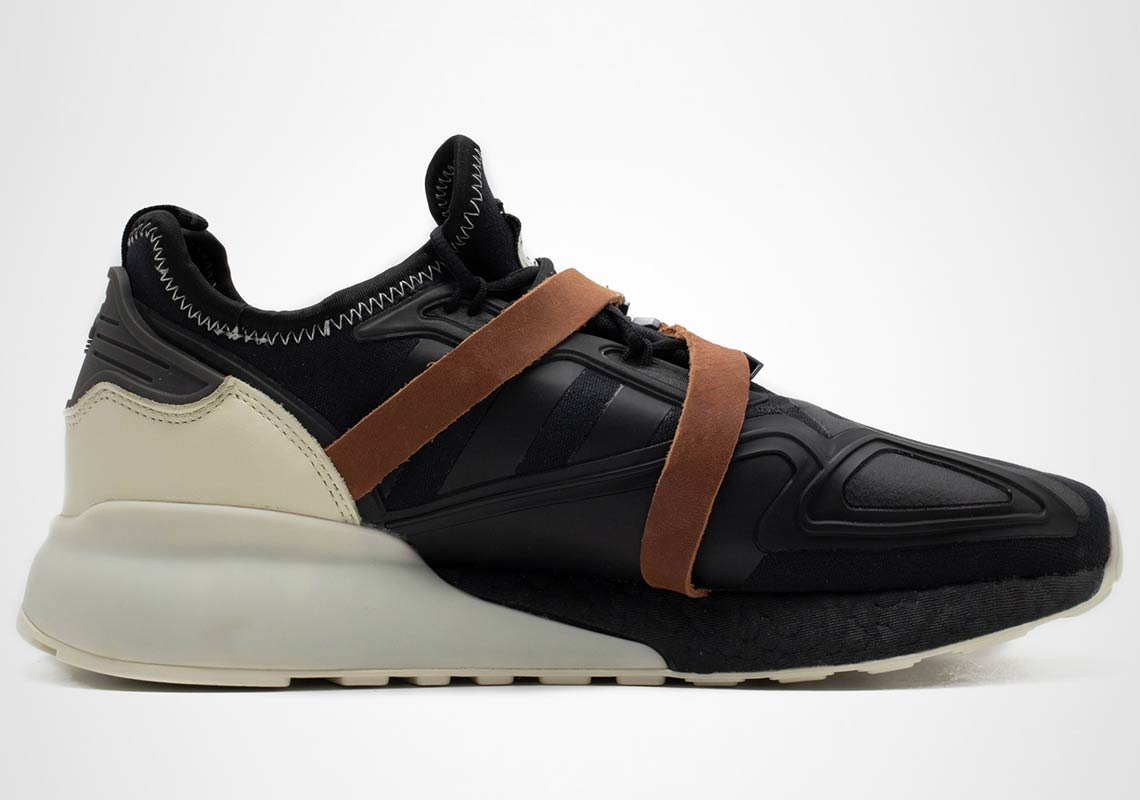