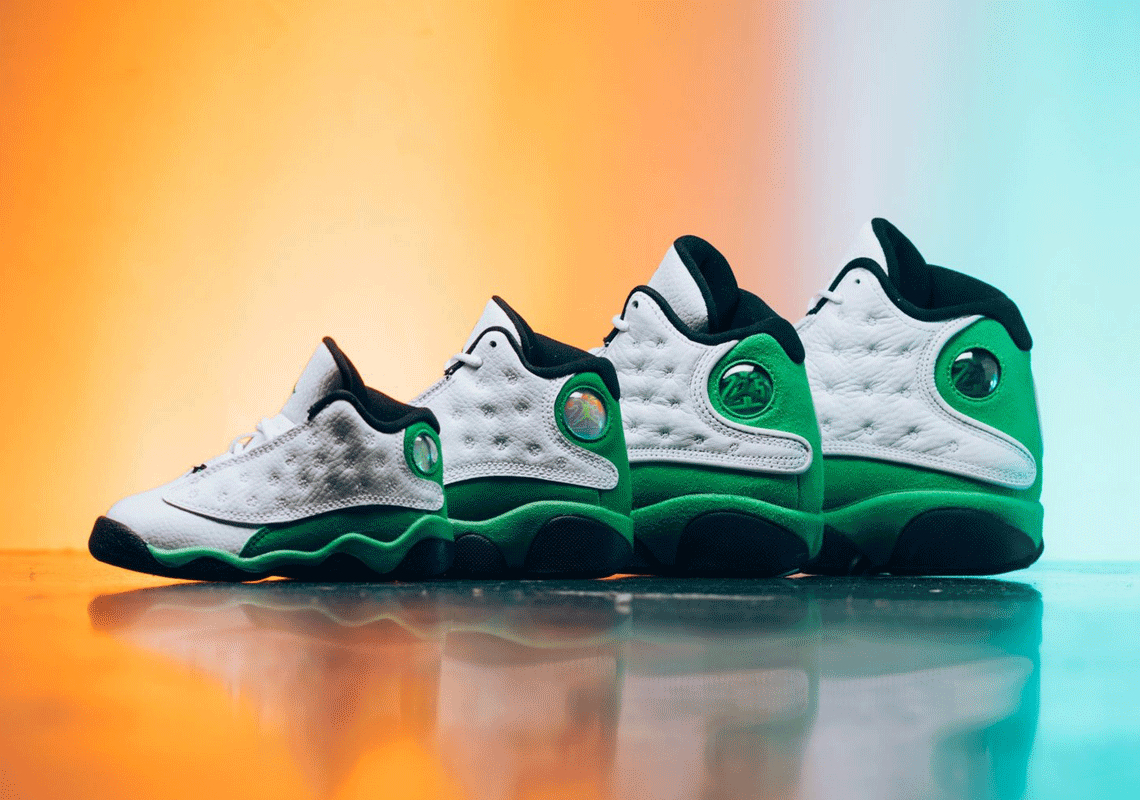 Where To Buy The Air Jordan 13 “Lucky Green”

Despite resembling the beloved Ray Allen Player-Exclusive (PE) from 2011, the two-tone pair isn’t associated with the Boston Celtics. Yet, it’s quickly garnered attention from fans of the 617’s sports team and beyond for its timeless color combination. The silhouette’s smooth, tumbled and dimpled leather construction sets the stage for the green suede panels along the midfoot and heel. Branding at the vamp an on the tongue further indulge in the stark contrast, while panther eye-like jewels on the lateral heel reflect the same hue at the right angle. Much of the wild cat-inspired sole unit also boasts this Jordan 13‘s titular hue, but the midfoot shank and tread outline go black. Tongue and collar lining follow suit, differing from Allen’s PE commemorating his time with the Celtics.

Enjoy another look at the Jordan 13 “Lucky Green” ahead, and find pairs available on Nike SNKRS and the retailers here below on Saturday, September 26th. 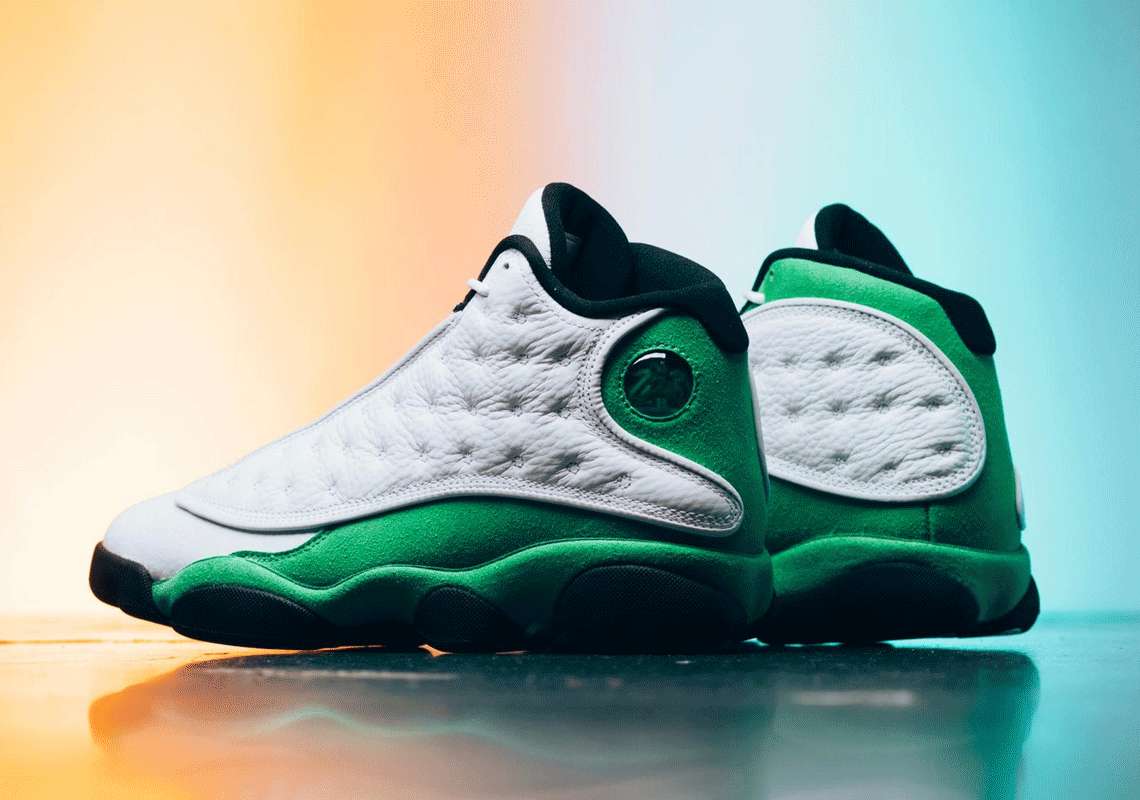 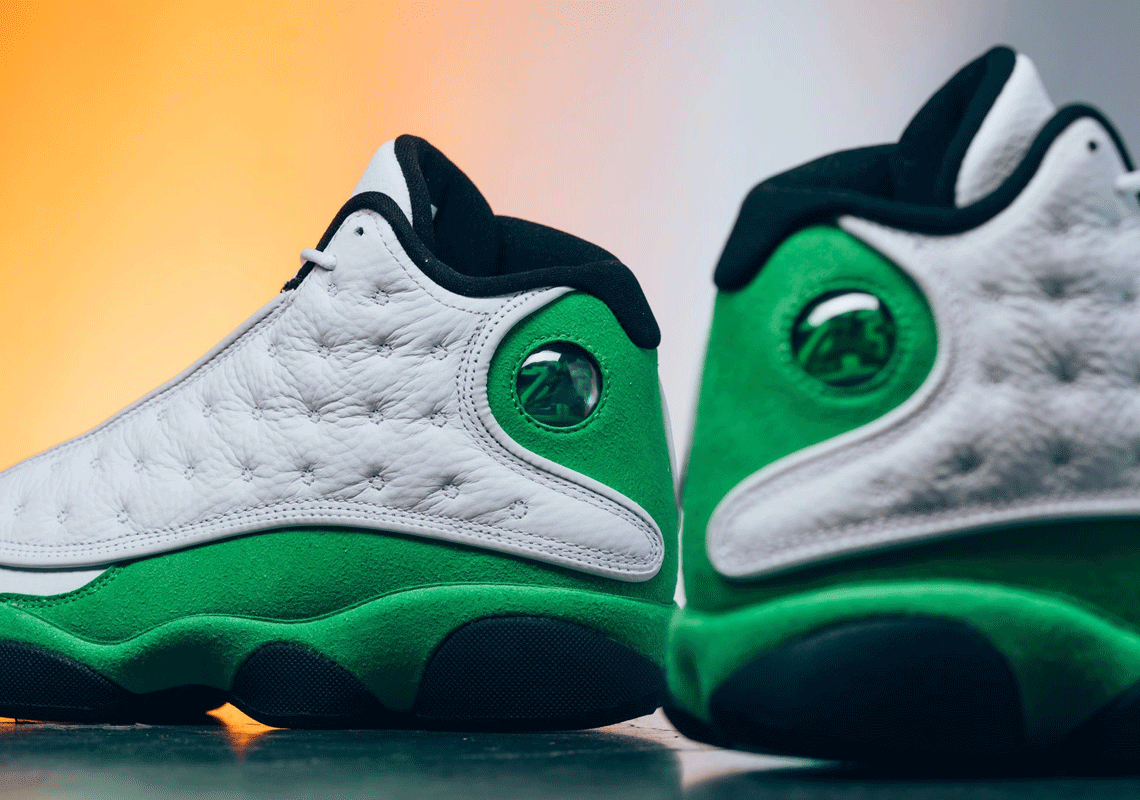