When speaking about some of the most dominant big men in the NBA today, somewhere along those lines you can’t help but mention the Philadelphia Sixers’ very own Joel Embiid. From only first picking up a basketball approximately 10 years ago, to being drafted as the third overall pick in 2014, to now, the 7-foot Cameroonian hooper has had a rather swift rise to eliteness in his career that has caused him to blossom into being one of the league’s most eccentric personalities, a nightmare for opponents to deal with inside the paint night in and night out, and a three-time All-Star. Alongside his co-captain Ben Simmons, “The Process” has played a significant role in leading 76ers franchise to multiple playoff appearances and has brought newfound energy to the hoops community of Philly that was more or less absent since the days that NBA Hall of Famer Allen Iverson would suit up for the team.
Right now, Embiid embodies the kind of ball player that many strive to achieve in terms of being a constant threat on the floor and a do-it-all type of contributor, and the time has come in which the former Kansas Jayhawk has done more than enough to prove his value and earn himself his own shoe with the Under Armour family. As most know, the sportswear imprint’s hoops division is without a doubt led by arguably the greatest shooter ever in Steph Curry of the Golden State Warriors, but welcoming Embiid into the signature lineup allows the brand to finally highlight two different, but extremely effective backcourt and frontcourt members of the Association. Shortly after signing with Under Armour in 2018, Embiid humorously said, “There’s a stereotype about big men that can’t sell shoes. When I look at myself, I’m not a big man; I’m a guard. I can do everything on the basketball court”, and that mentality and approach to the game is certainly one that can resonate with upcoming prospects, especially in today’s game where talent is measured by versatility and being able to play/guard multiple positions.

Following two years of rockin’ in-line variations of UA hoops shoes such as the HOVR Havoc II, the skilled power forward/center has now finally released his own silhouette — the UA Embiid One. From a performance standpoint, the shoe checks all the boxes in terms of being able to handle the movements of players at all positions. The mid-profile stature provides the much needed support for those who tend to battle down low in the post, and the multi-directional tread patterns supply grip and traction that smaller guards need when slashing and making quick cuts to the basket. 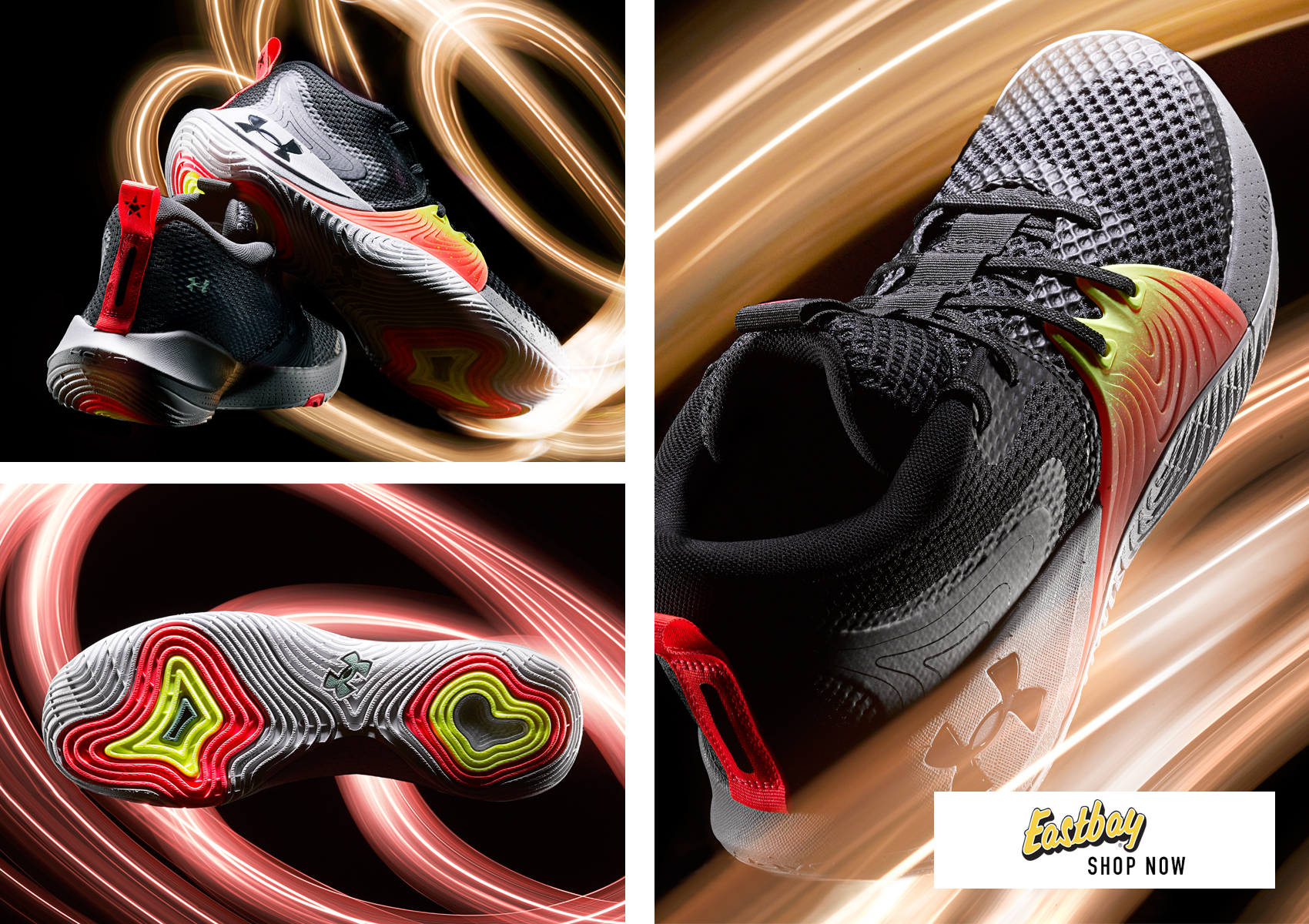 The hardwood-ready model’s uppers make use of a full ventilated mesh for its build, and arrive supported by a TPU wing mold placed at the forefoot to keep wearers locked down during play. Branded hits are sprawled in various regions of the shoe including that of the big man’s signature insignia which comes stamped onto the tongues, as well as the customary Under Armour logos atop the Micro G foam-loaded midsoles towards the rear, and on the medial walls in close proximity to the ankles. While there will be more colorways to come down the road, Embiid’s first-ever offering entitled the “Origin” is reliant on solid black finishes to across its upper, and comes packaged with lava-esque gradients that outfit the aforementioned TPU molds.

Now that we’ve laid out all of the key elements of the UA Embiid One hoop shoe, you can check out a closer look right here. For those in anticipation of adding this groundbreaking new shoe to your hoop rotation, you can grab them exclusively at Eastbay in men’s ($120) and grade school sizes ($90); and as the exclusive retailer for the UA Embiid One launch, Eastbay will serve up a matching poster – and it will be available only at Eastbay. 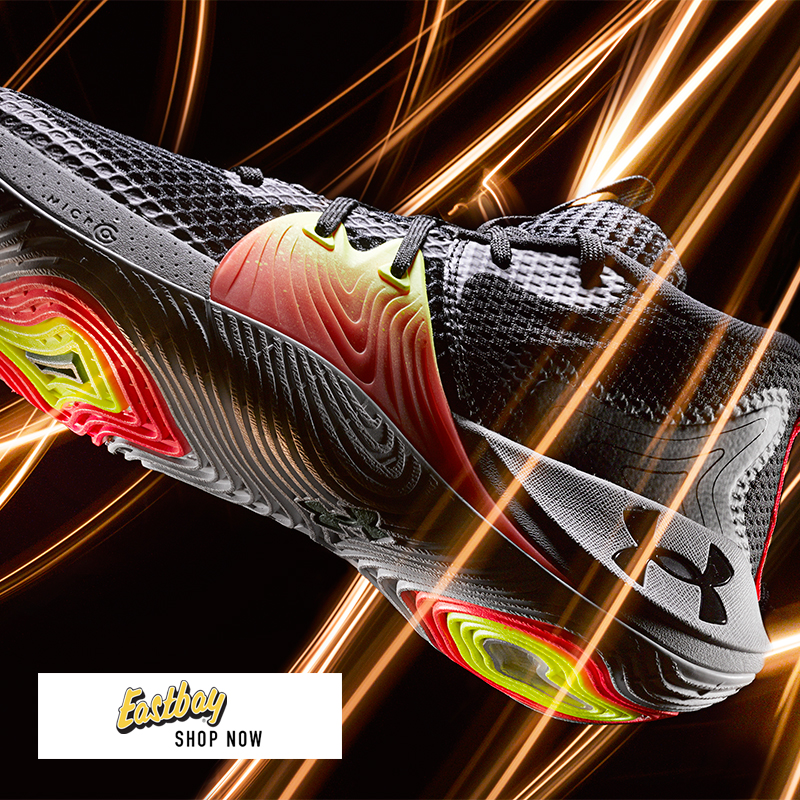