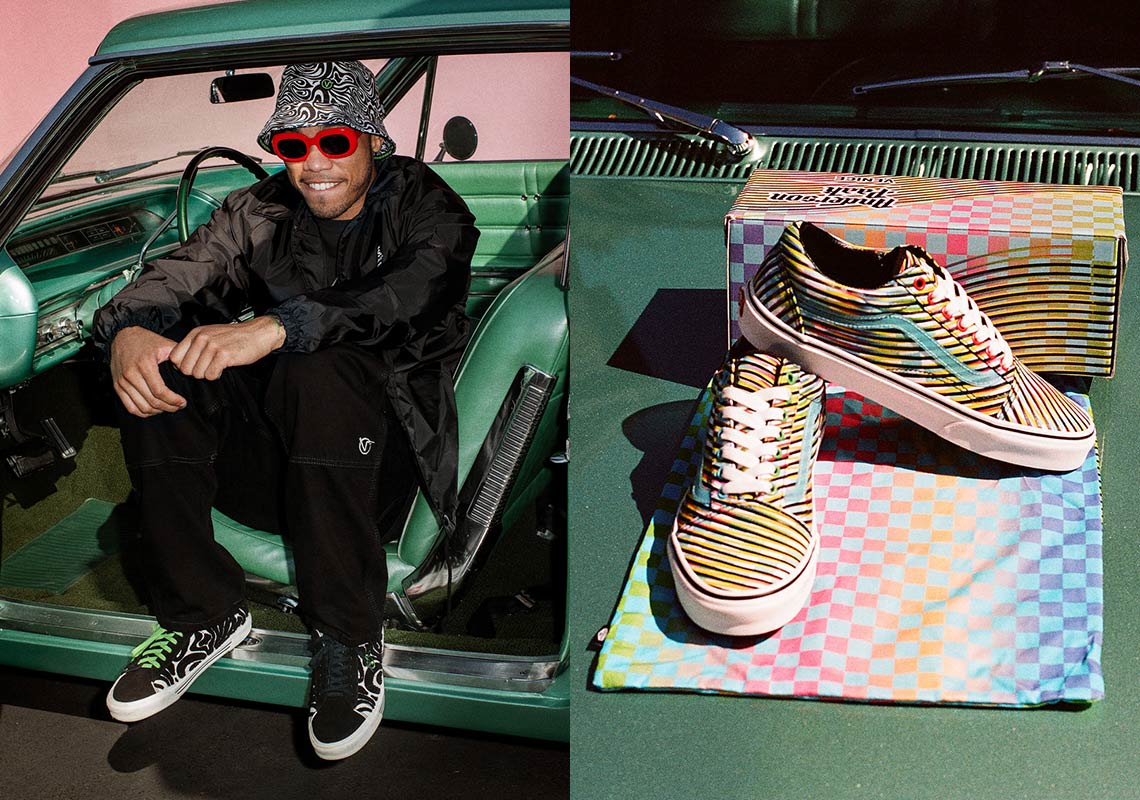 About a year ago, Anderson. Paak linked up with Vans to bless their House of Vans venue and Sidestripe Sessions with his indelible voice and sound. And while an innocuous cameo at first glance, it seems the brief musical displays were but a small tease of a budding relationship soon to culminate. Kept under wraps until today, the Anaheim-based institution has officially announced the artist as their very first Global Music Ambassador, confirming him as one of the judges for their Musicians Wanted competition alongside.

“I’m honored to be the newest member of the Vans Family and look forward to making history with one of the most respected global brands. I’m thankful for Vans’ partnership with .Paak House and can’t wait to broaden our reach to help even more people tap into their greatest potential.”

To further celebrate the momentous partnership, Vans has prepared an extensive collaborative capsule, one that draws from Paak’s South California roots and his early discography. Led by the beloved Old Skool, the collection starts on a colorful foot, the silhouette’s entire design a stripped down love letter to the album Venice. Hits of bright yellows, blues, and equally fluorescent reds lays a foundation that reminds of its inspiration’s cover, while black lines laid over top create a subtle sense of dimension. The upper is then finished by mismatched eyelets, a customized dust bag, and a light blue translucent vinyl Jazz Stripe.

The accompanying Sid DX then jumps forward a few years to honor Malibu, an LP whose visual-heavy art style lays the foundation for the model’s dark yet whimsical design. Black chenille is applied across the entire under layer’s white base, warped and shaped to various forms for what is effectively a minimal interpretation. Vans’ Flying V is then embroidered across both sides in bright green thread.

Grab a detailed look at the upcoming pairs as well as their matching bucket hats, and if you’d like any of what’s pictured below, expect a release to hit Vans.com and select retailers come November 13th. Both are also viewable in Paak’s animated music video for his new single JEWELZ. 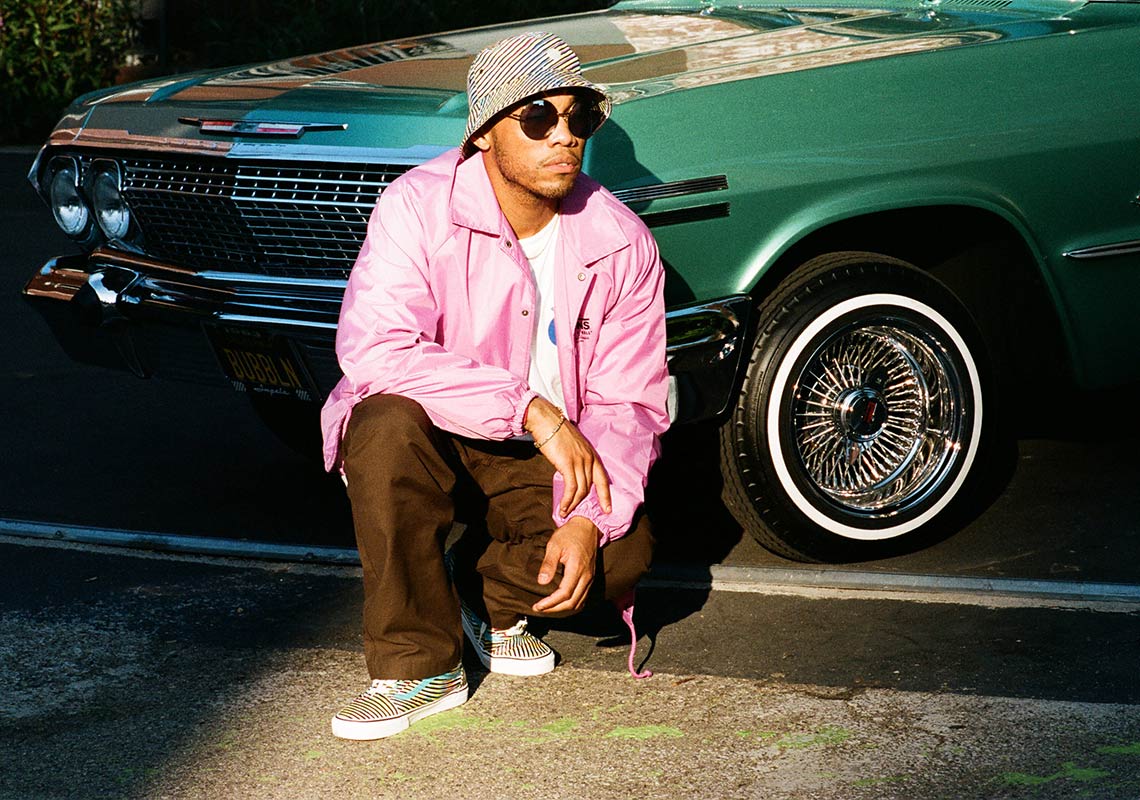 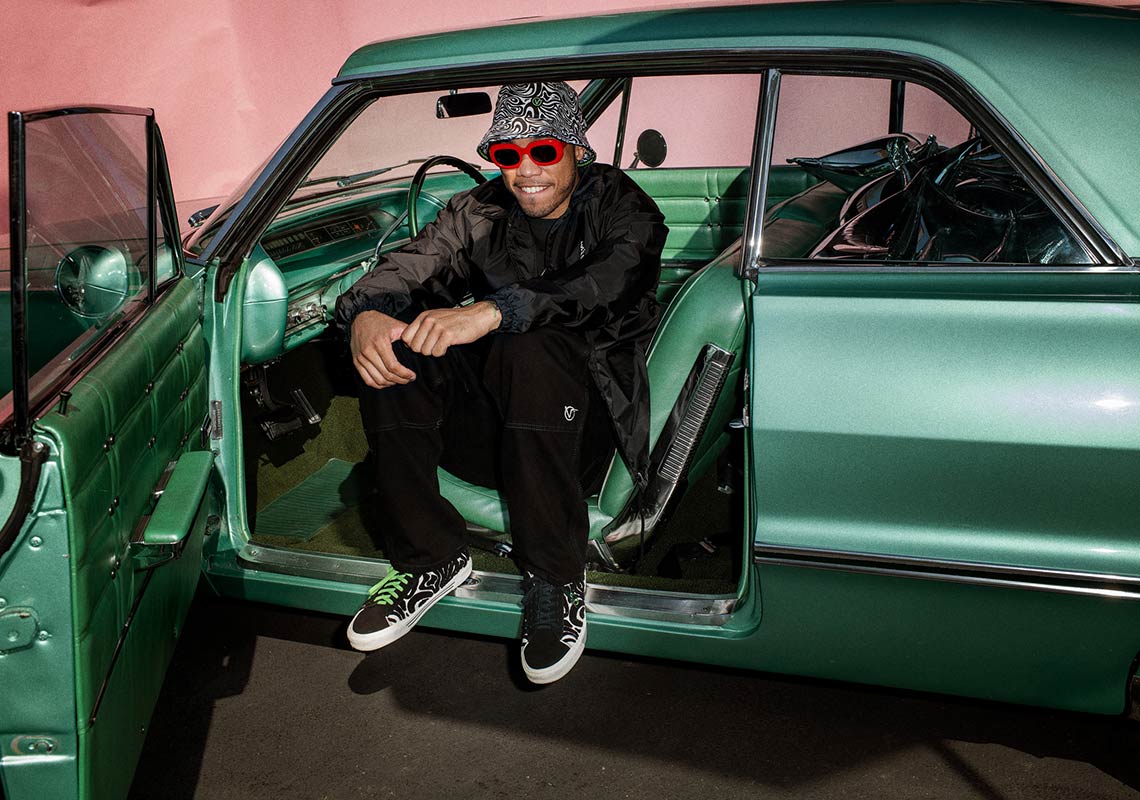 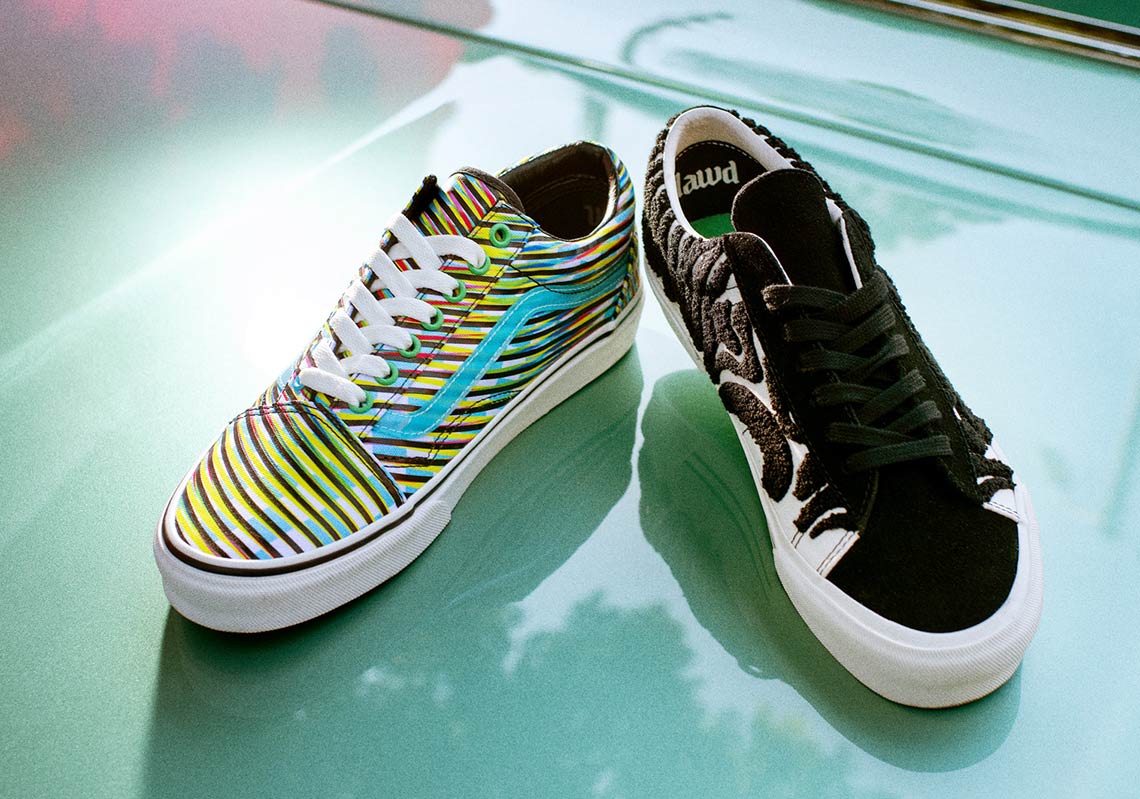 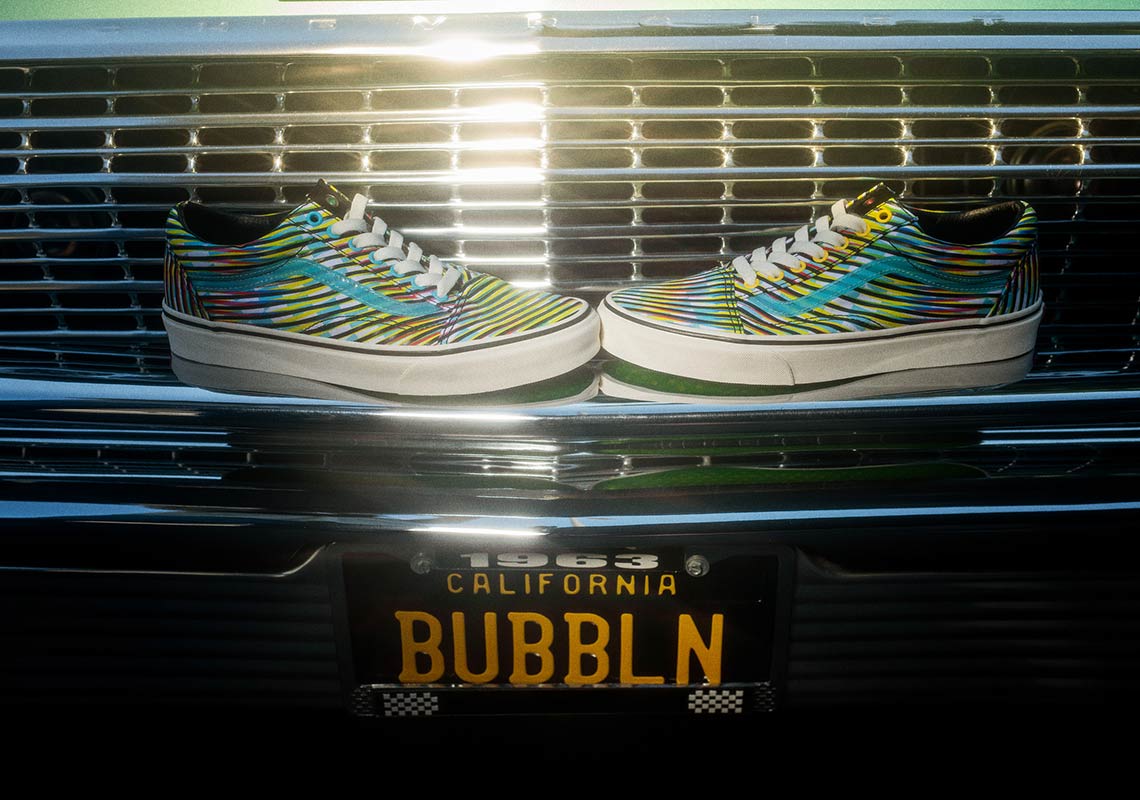 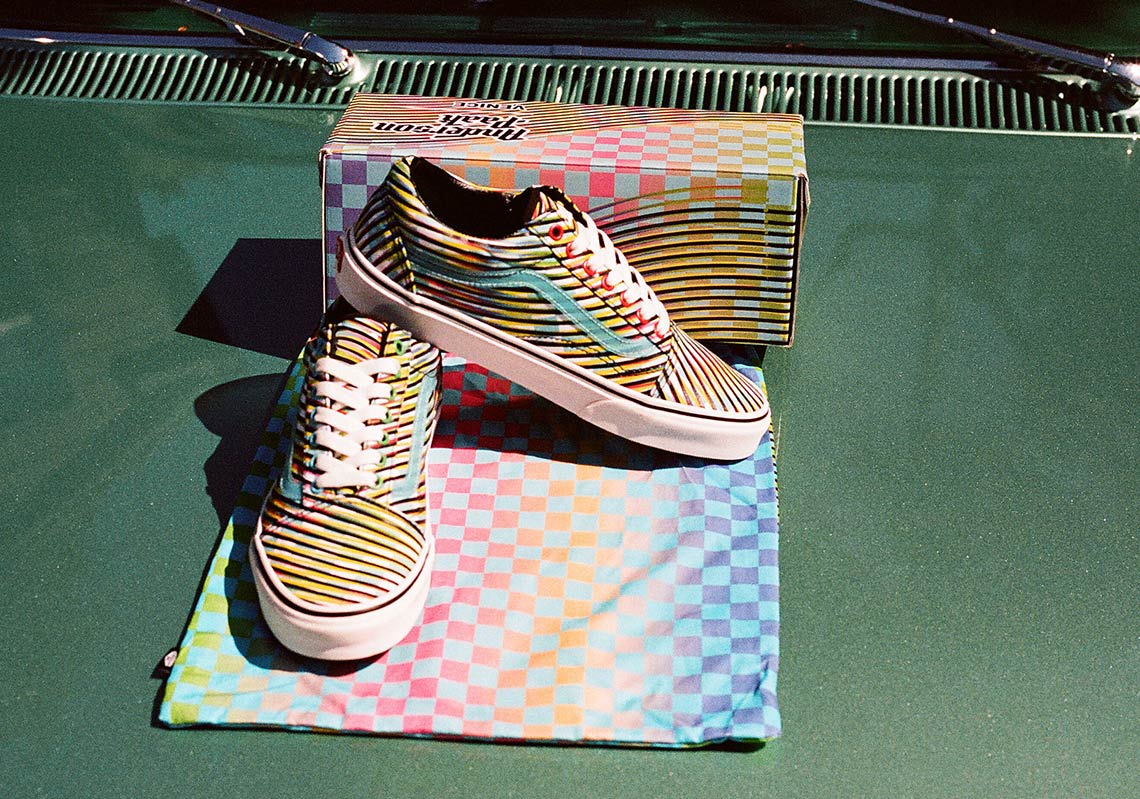 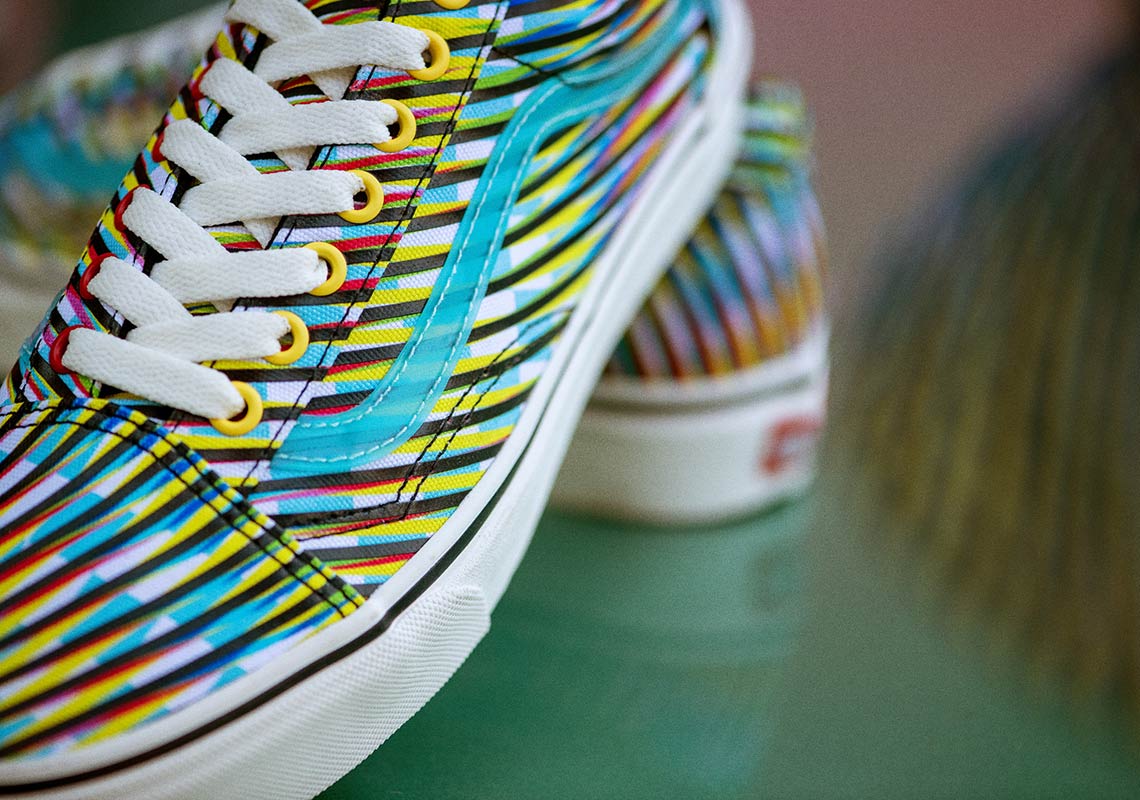 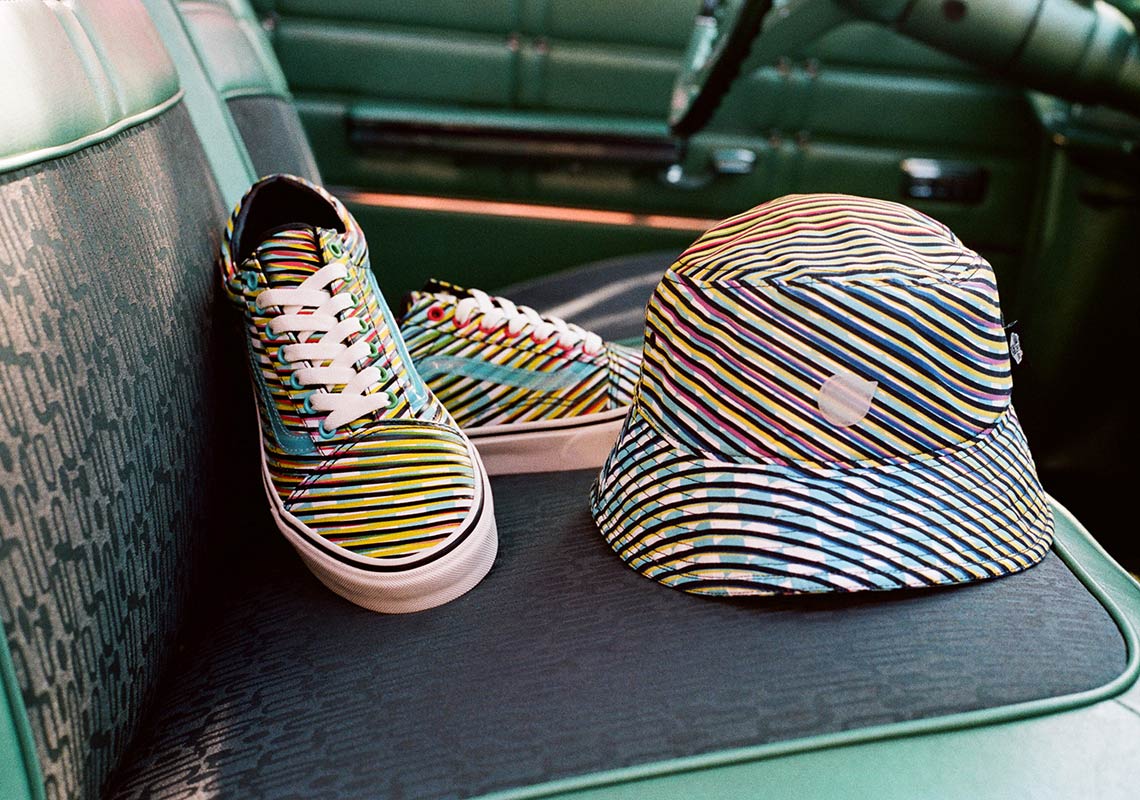 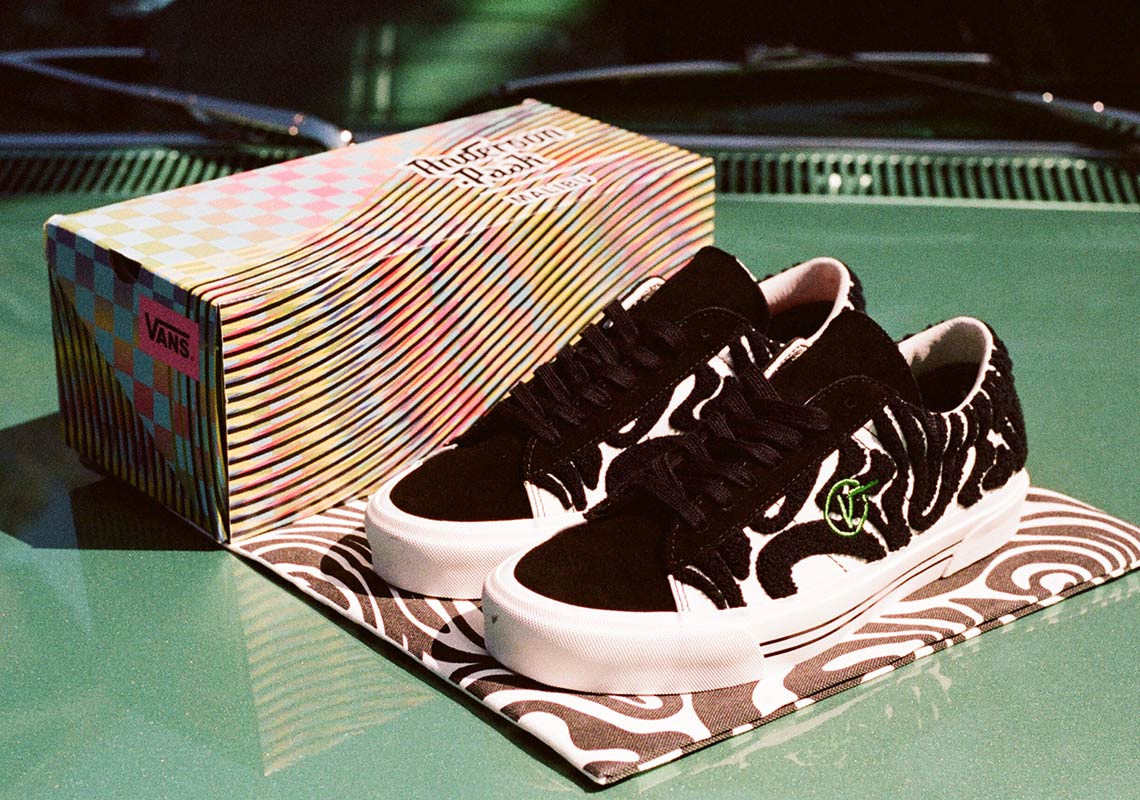 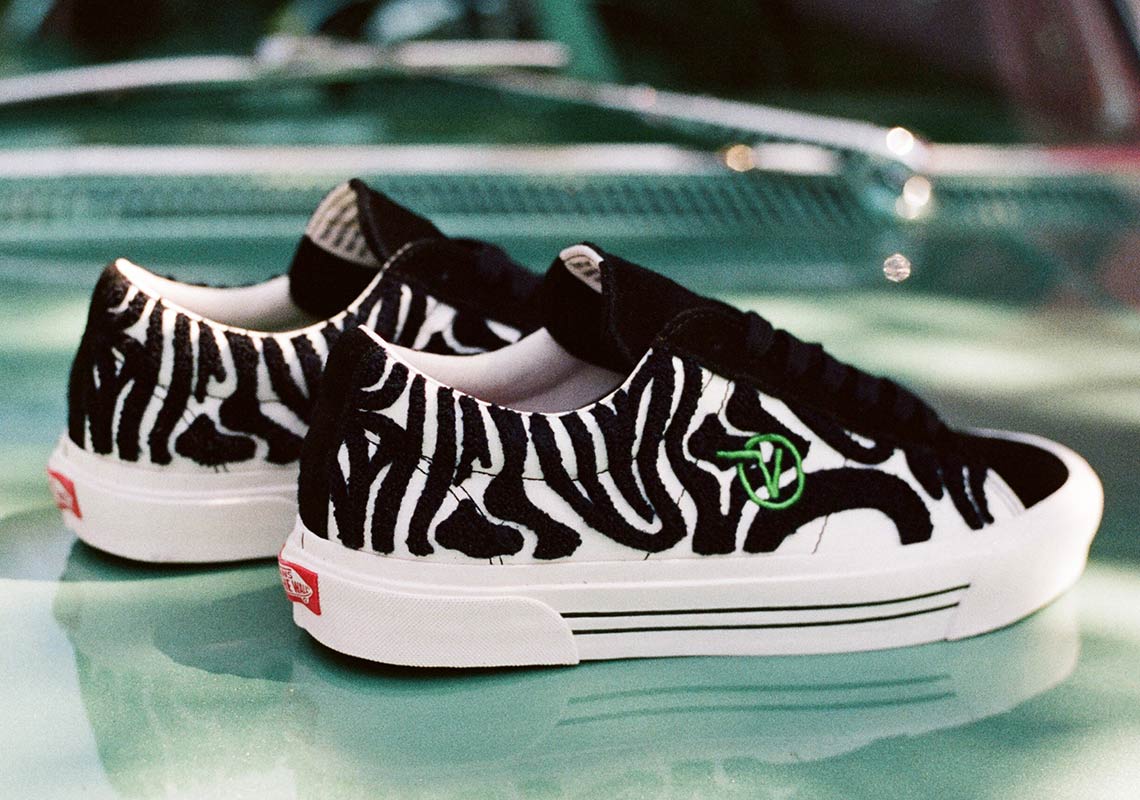 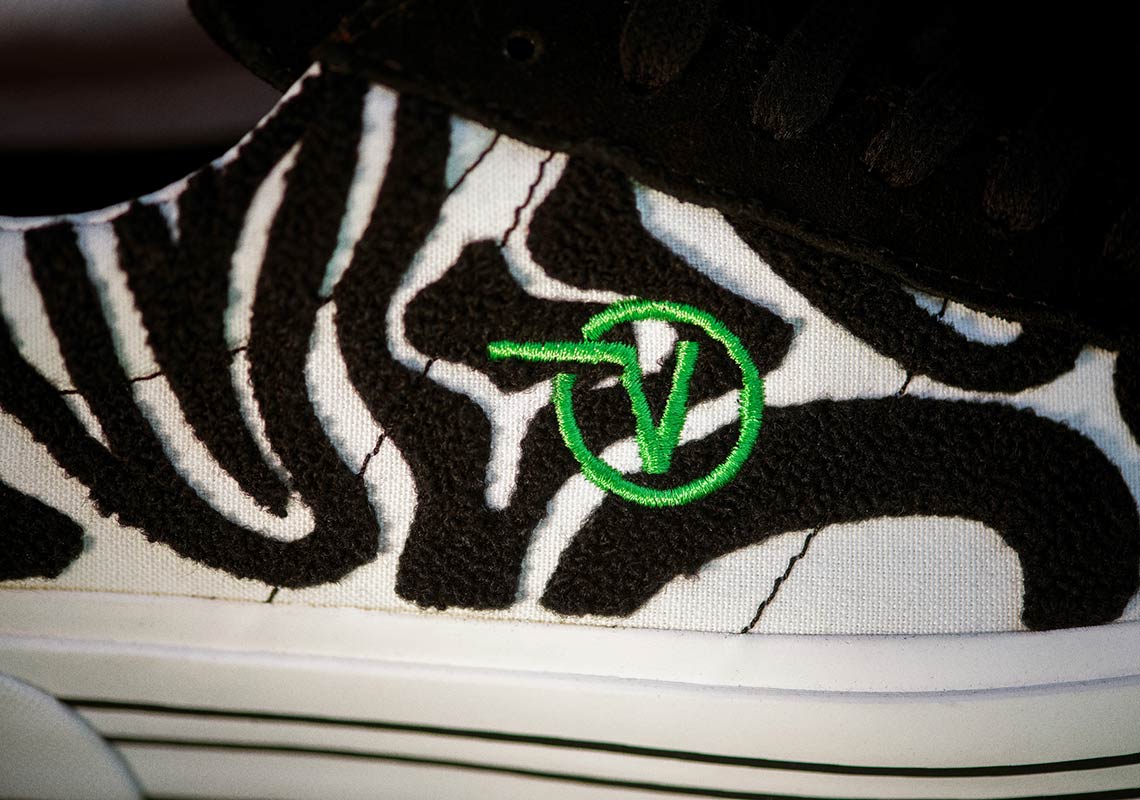 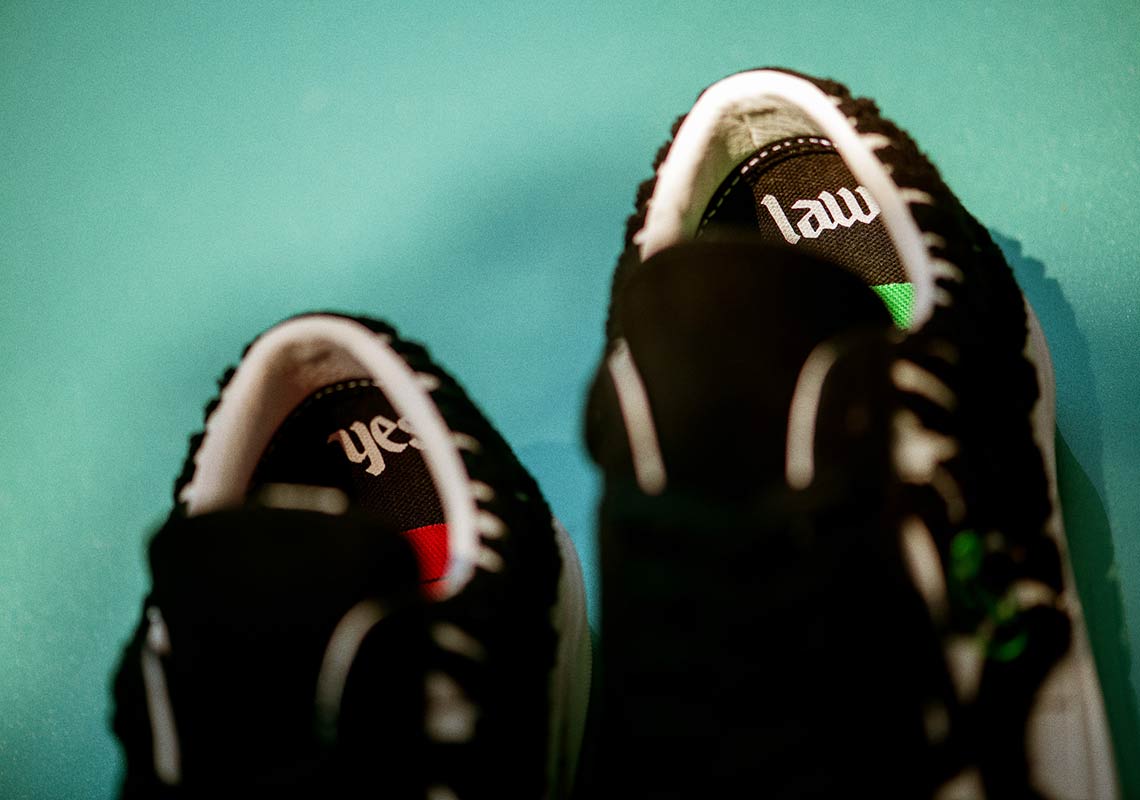 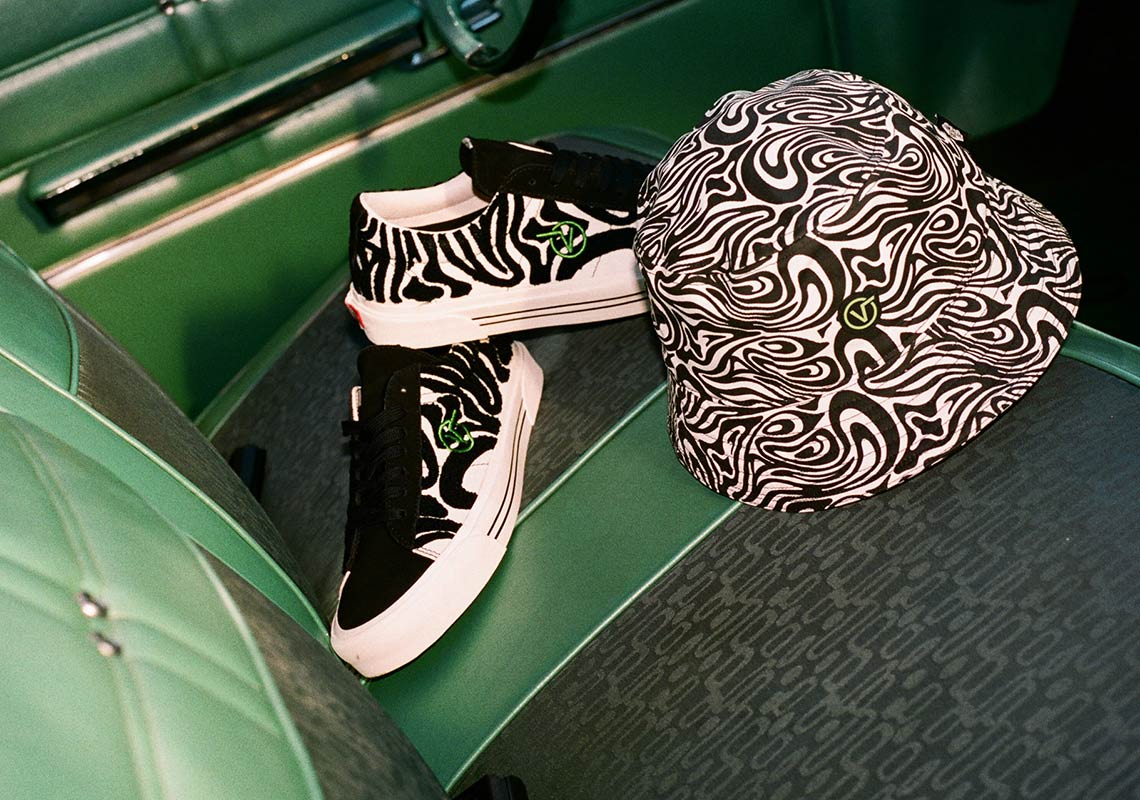 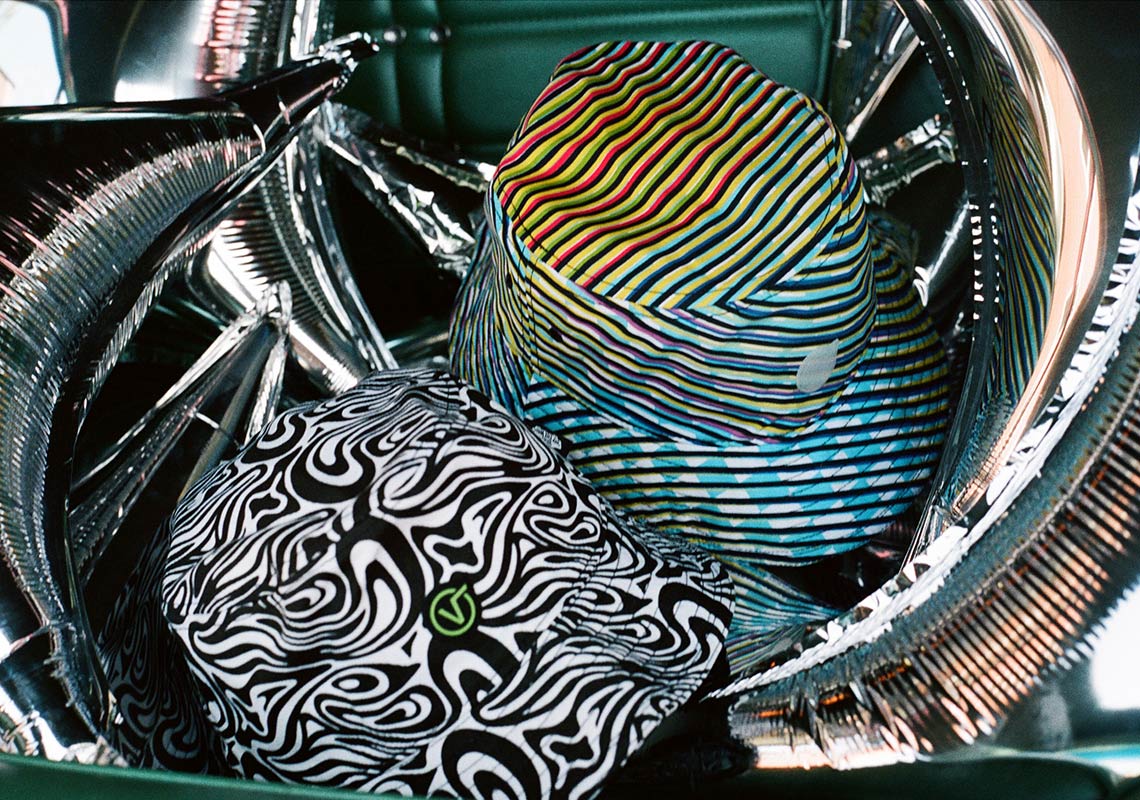 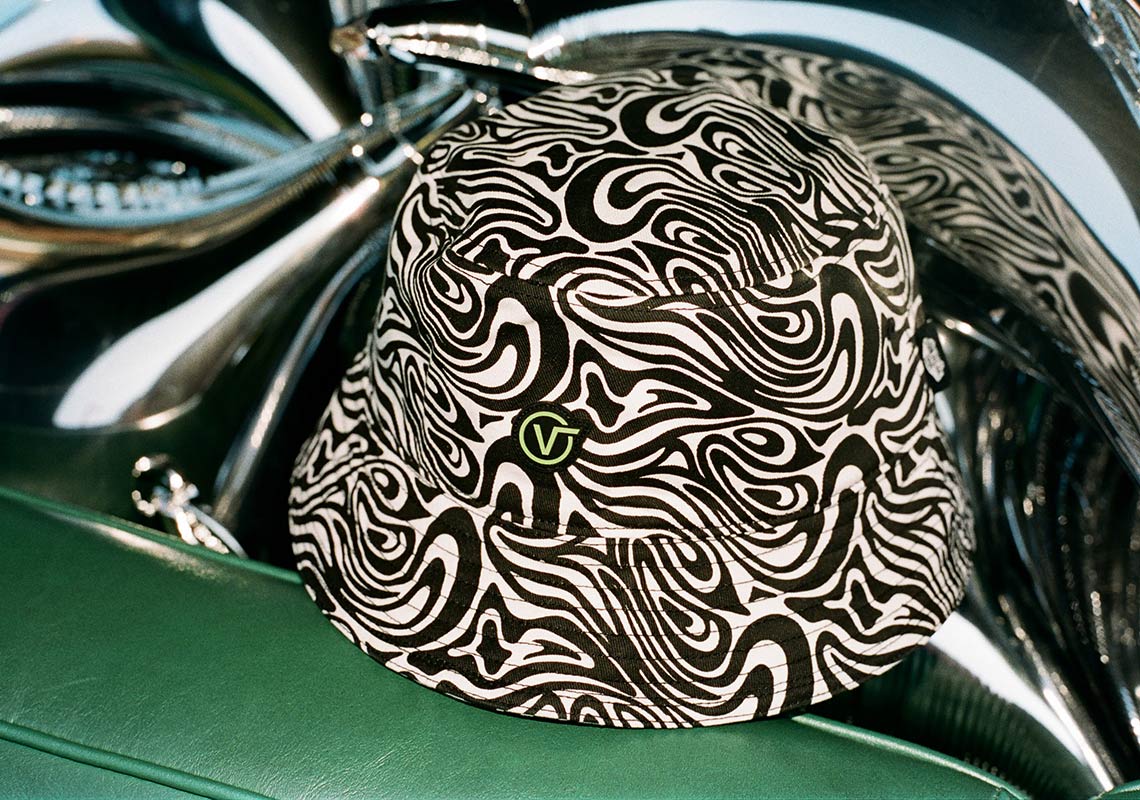 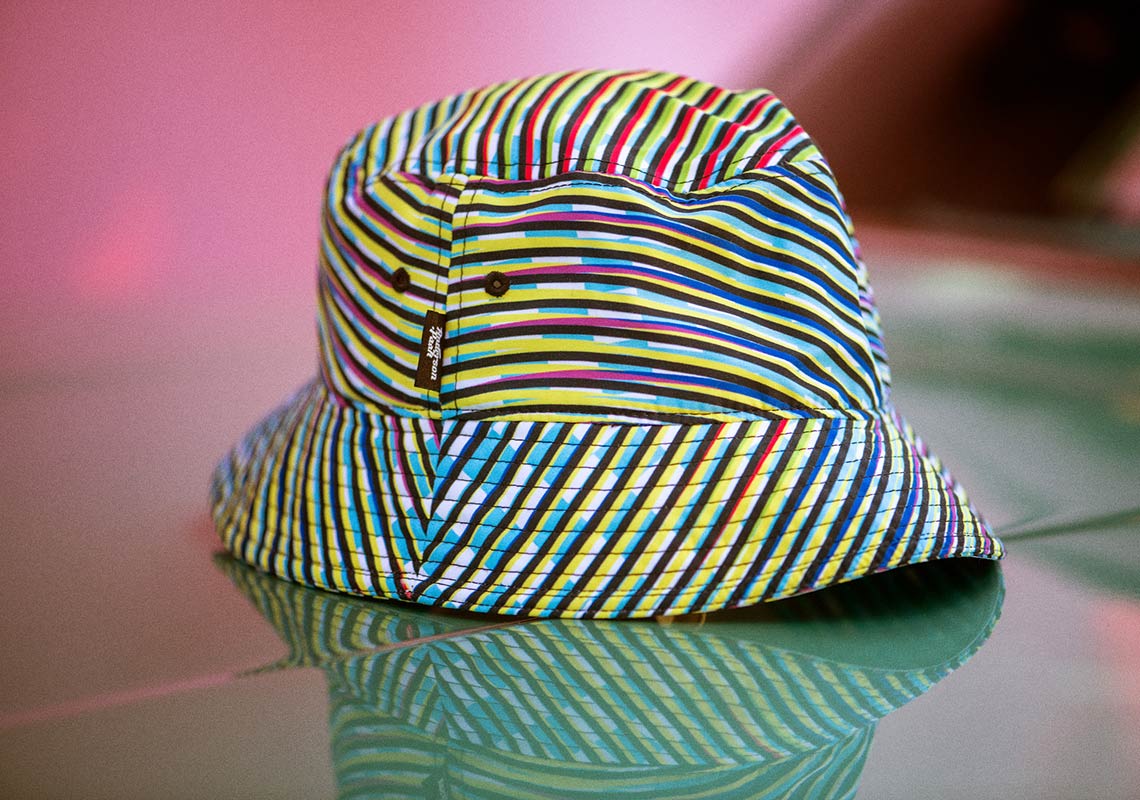