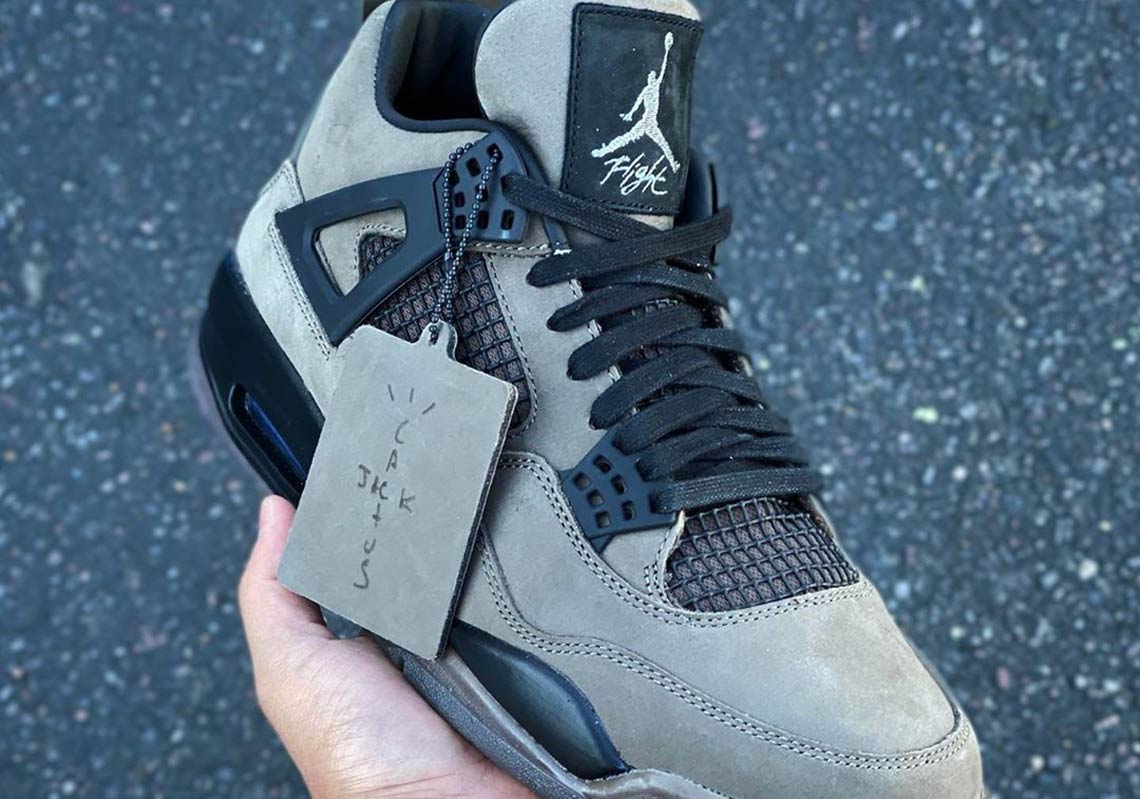 With his McDonald’s meal just further proof, everything Travis Scott touches seems to turn to gold. The same can undoubtedly be said for his many collaborations with Jordan Brand and Nike, a line-up that has since offered us reverse-swooshed Jordan 1s, customizable Air Force 1s, compartment-adorned Air Jordan 6s, and much more. And though each of the aforementioned is coveted, La Flame’s Cactus Jack blessed Air Jordan 4 may be the most prolific… just not for what officially released — rather, it’s reached cult status thanks most in part to its extremely elusive unreleased samples, one of which has been pictured in detail earlier in the week.

Photographed by collector Wilson Neloy, the collaborative silhouette’s mythical olive colorway is detailed in good light. Suedes are covered from toe to heel in an obvious premium finish, their shading somewhat muted as it bears a dusty, seemingly aged aesthetic. Black cages and mesh line underneath in complement to the branded patches, laces, and side molds, while the tooling pairs the neutral with a subtle accent of brown at the toe cap. Moreover, the signature “Cactus Jack” emblem is dressed unto the heel while brown “AIR JORDAN” tabs rest on the inside tongue.

Unless you have the cash and a plug it’s likely going to be difficult to secure a pair for yourself, so check below to enjoy the release vicariously.

In other news, the PSG Jordan 4 is landing tomorrow. 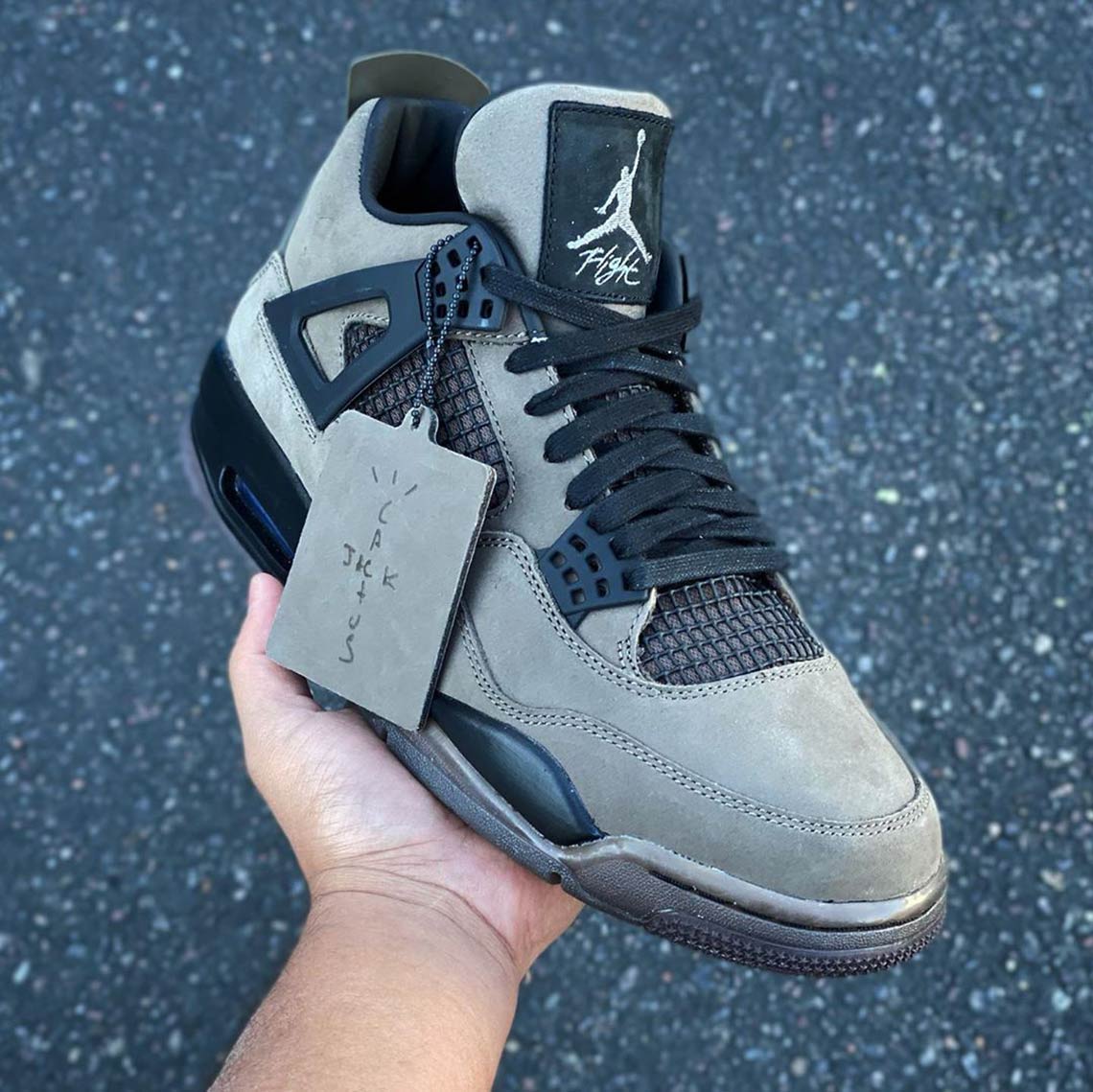 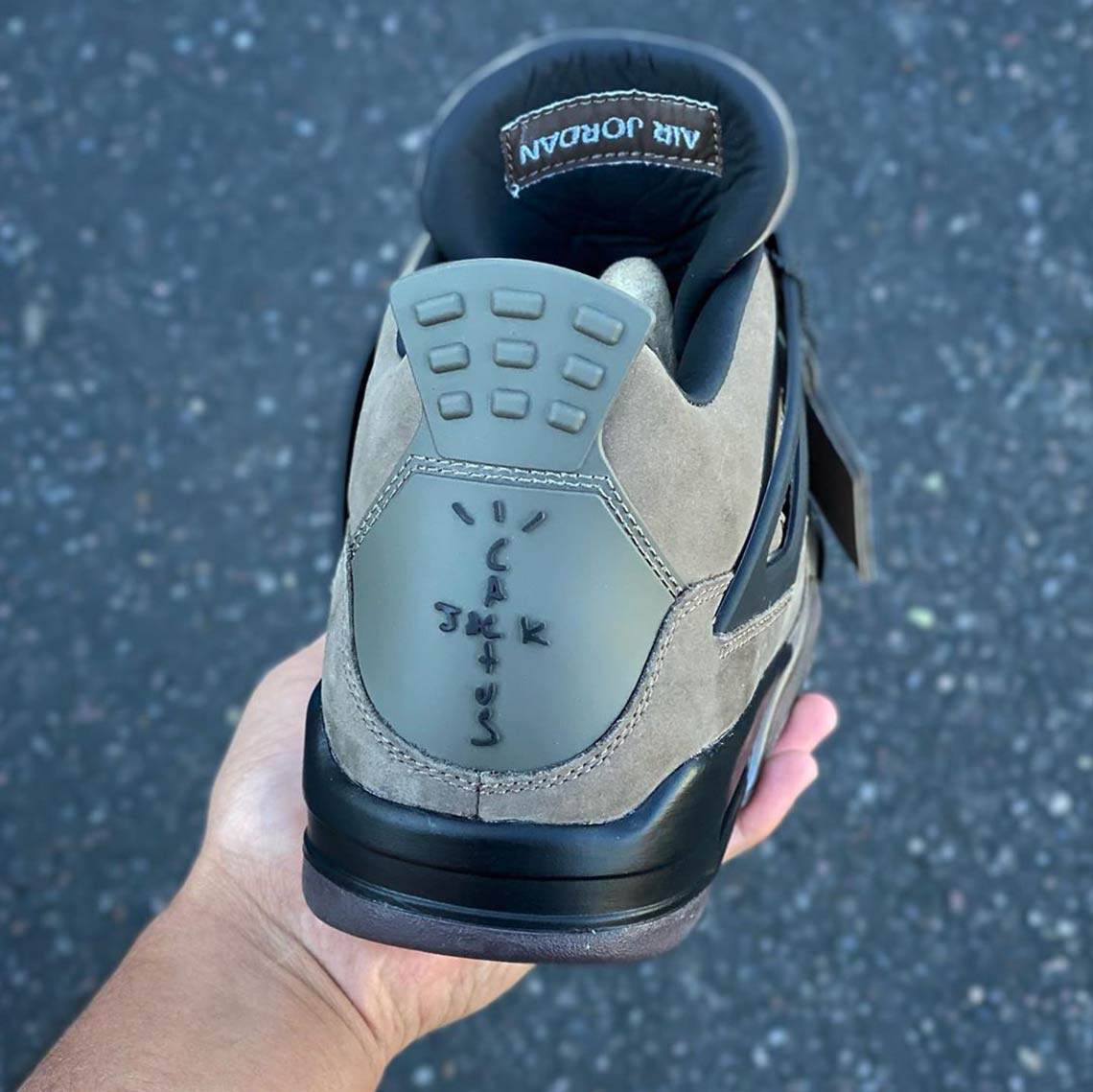