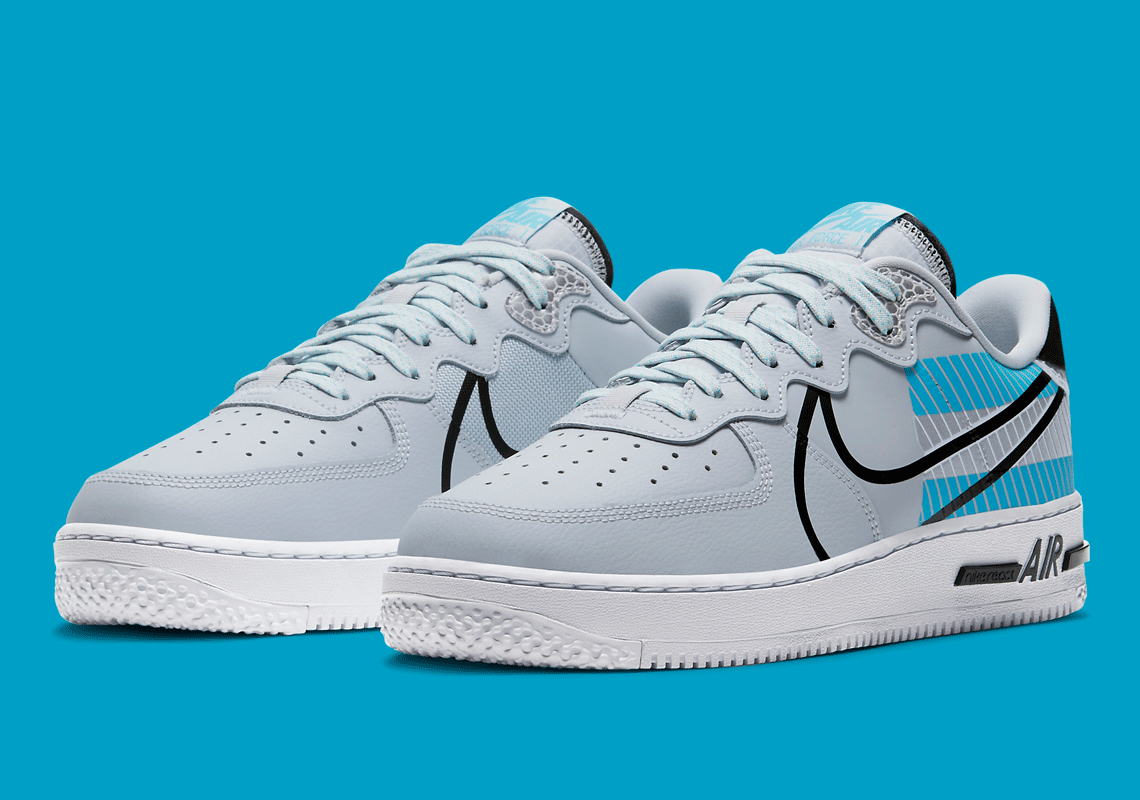 Never one to rest on its laurels, the Nike Air Force 1 was modified with Nike React cushioning earlier in 2020. Soon, the Bruce Kilgore’s modernized design will hit retailers in a cool “Pure Platinum/Black/Baltic Blue” colorway.

Although the model’s shape is identical to the beloved Air Force 1 Low, the N.354-variant features overt experimental distinctions. For starters, the profile swooshes are enlarged, printed and partially hidden; adjacent detailing delivers striped and honeycomb patterns to the pair’s rear (the latter donning 3M’s reflective Scotchlite™ material). As the model’s modified name suggests, the biggest change to the streetwear silhouette arrives in the form of React cushioning. Sole units maintain their standard shape, but midsoles boast protruding accents, while the outsole’s outer tread has been reworked.

An official Nike.com release date is still unknown, but this Air Force 1-variant is likely to launch soon. In the meantime, enjoy official images of the pair here below.

For more from the Swoosh, check out the latest from the LeBron 18. 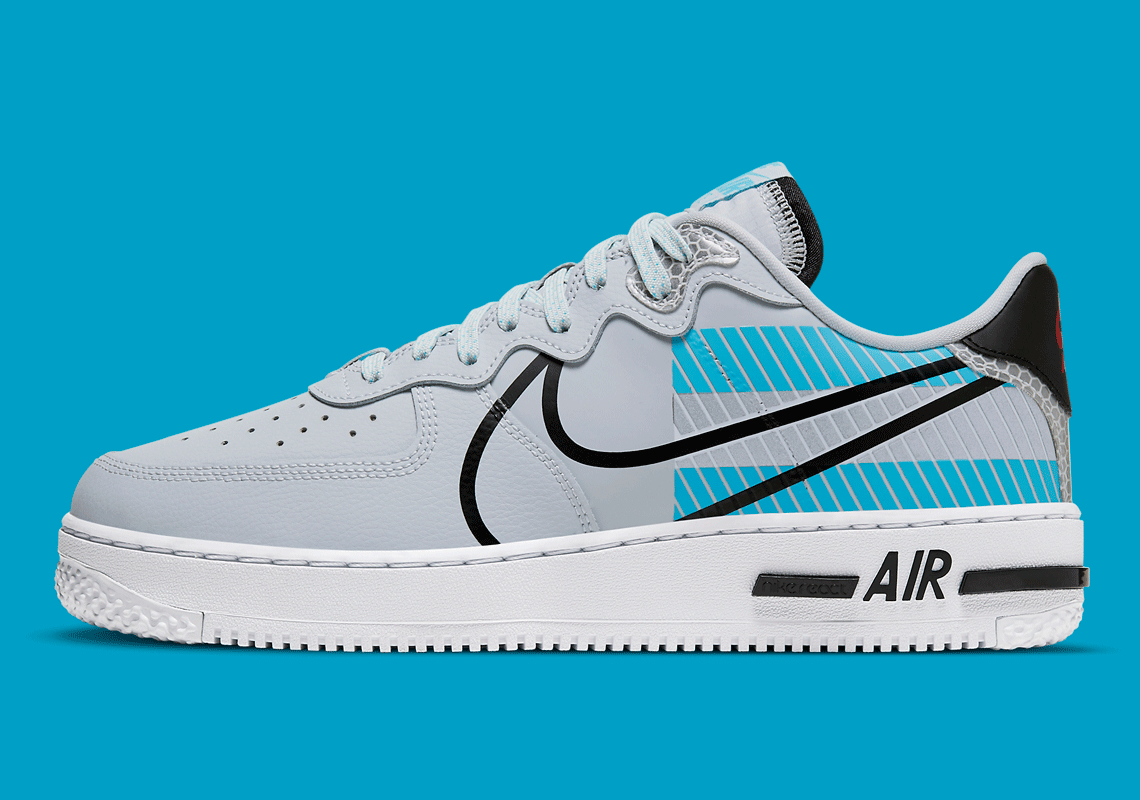 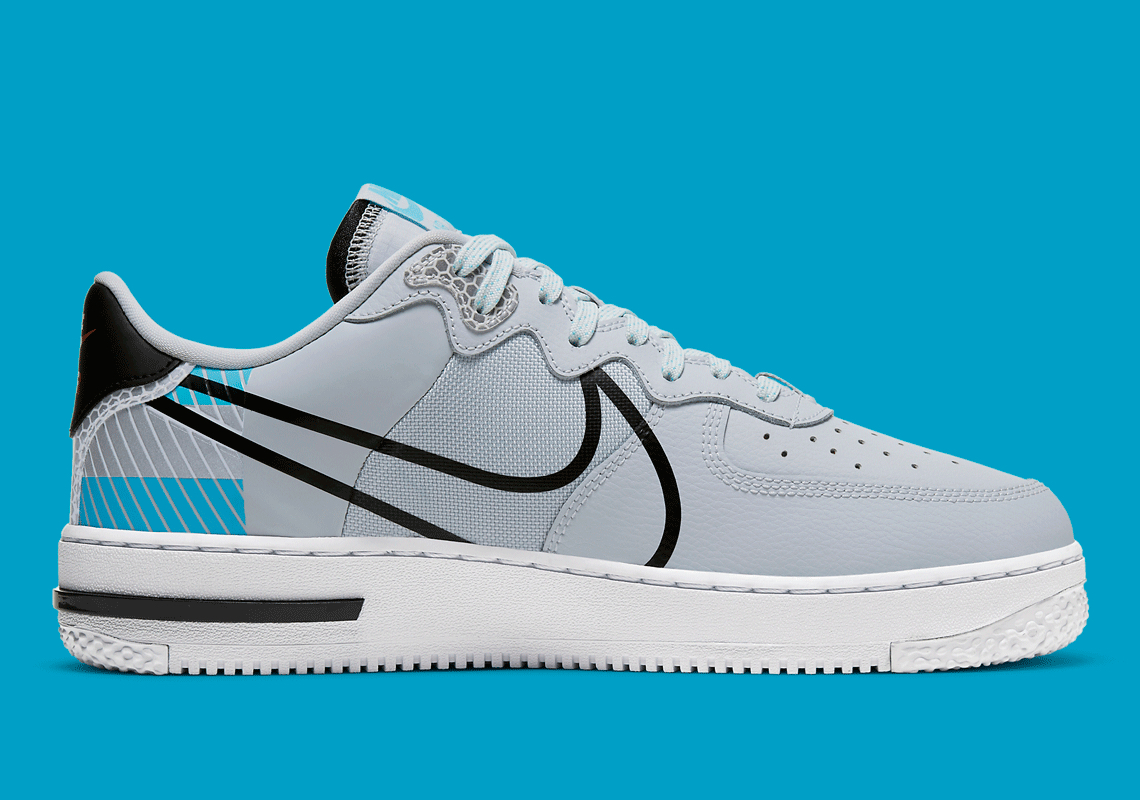 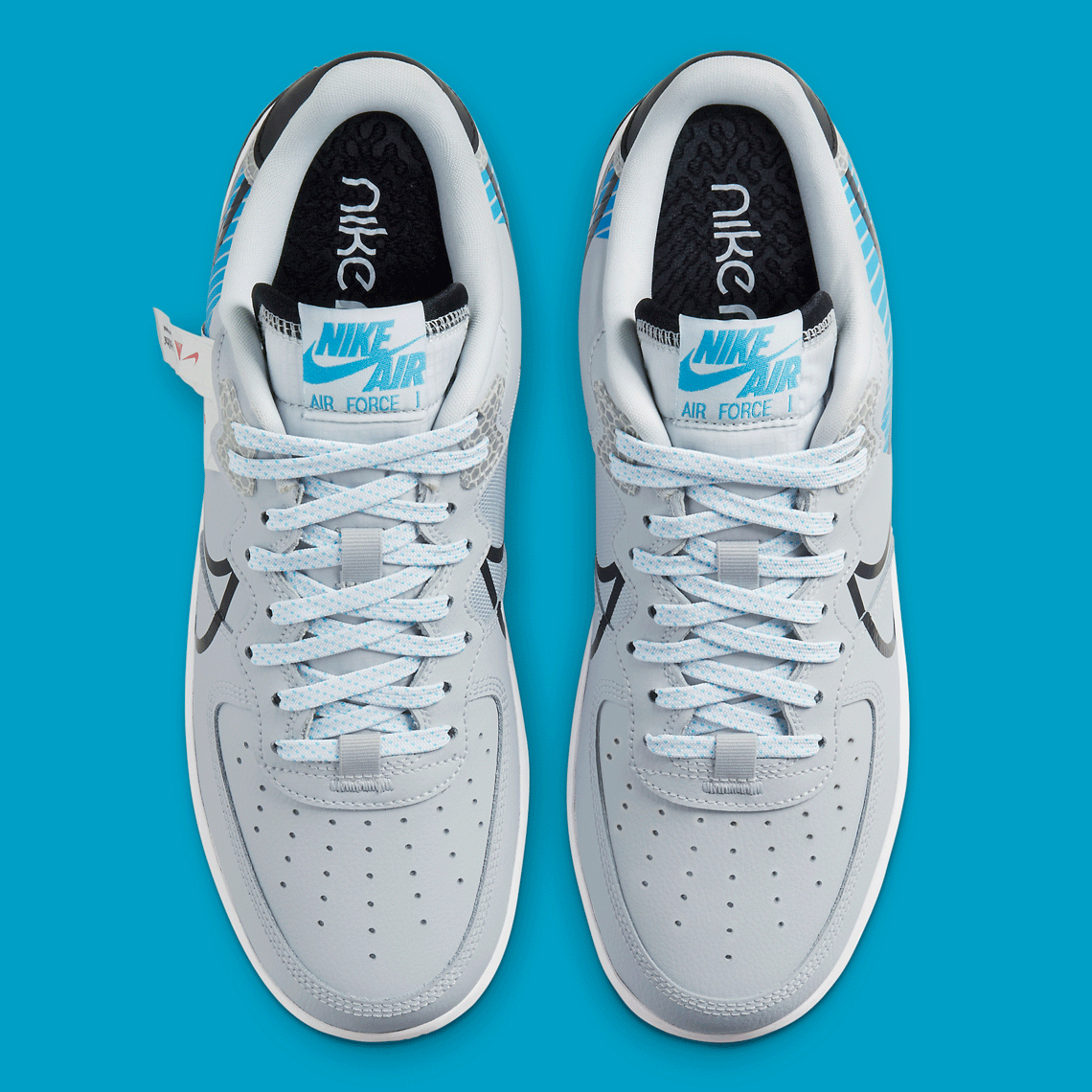 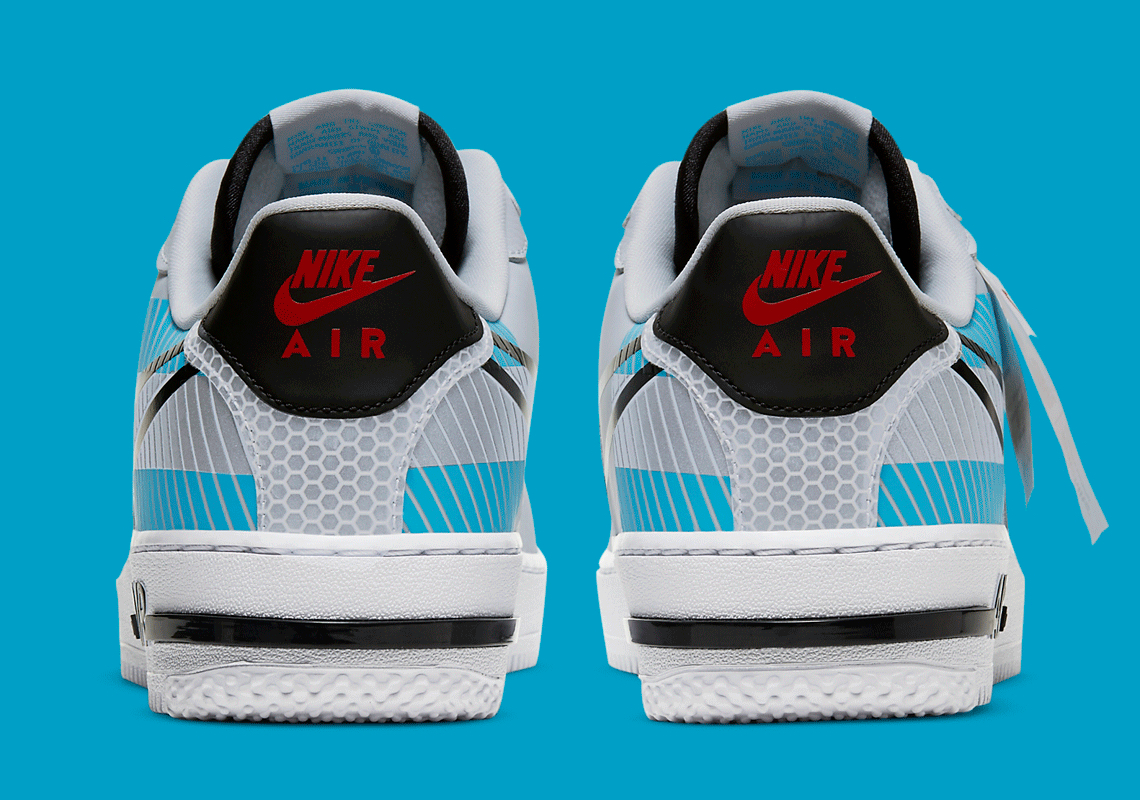 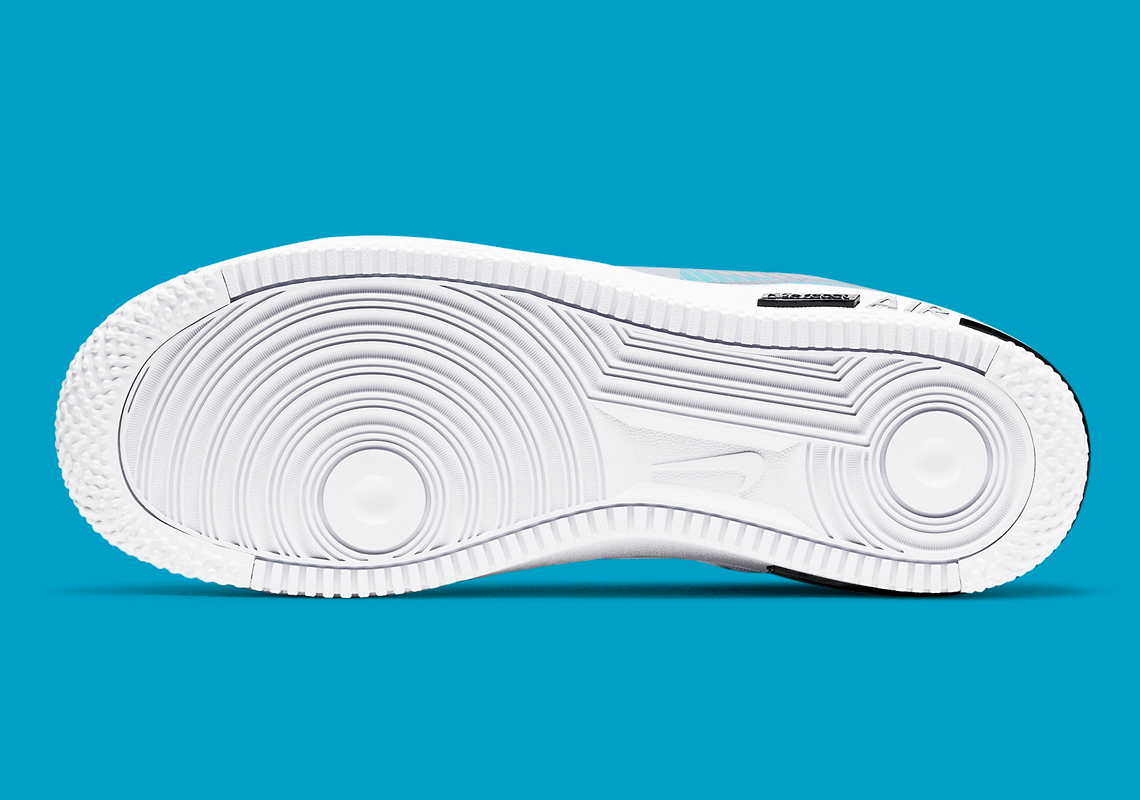 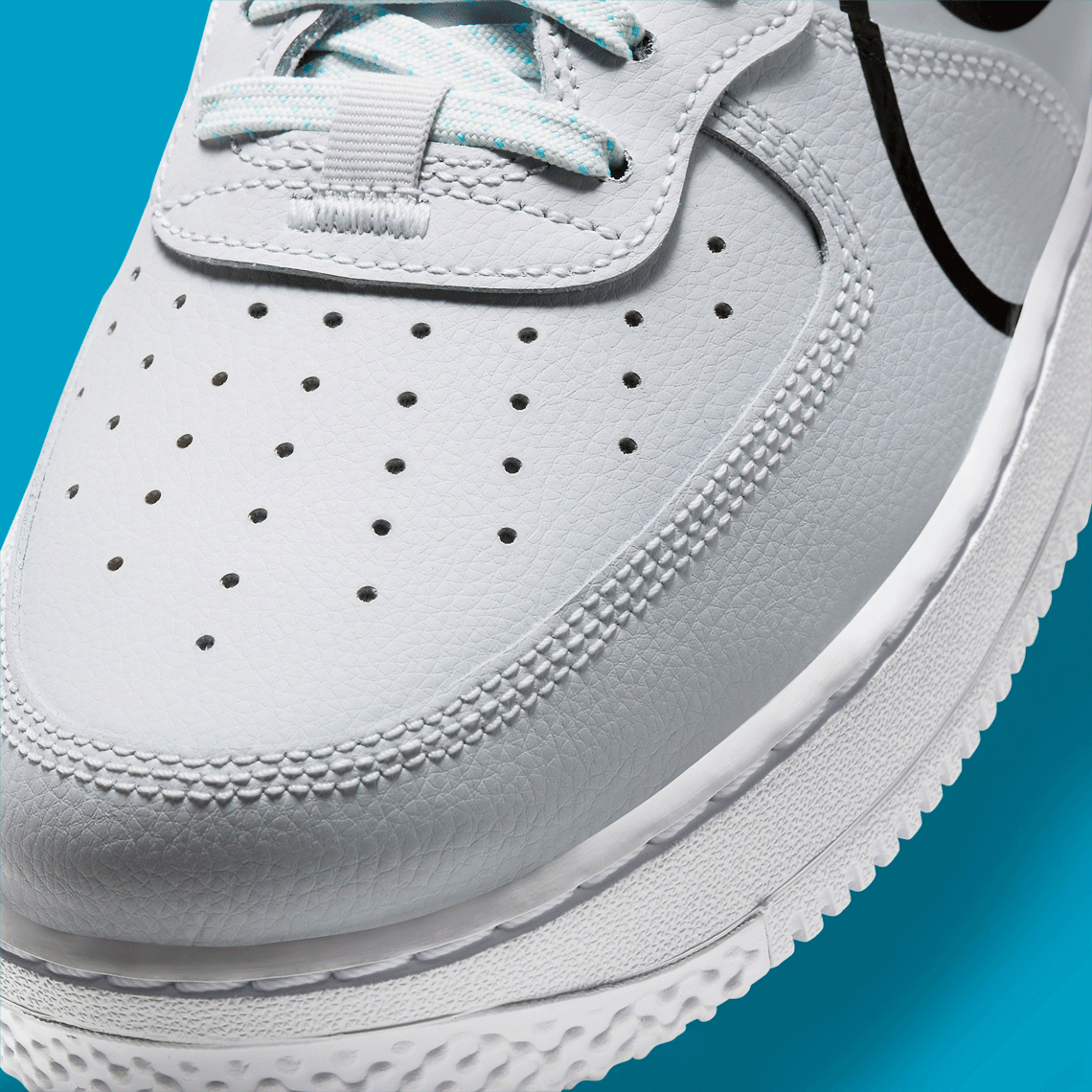 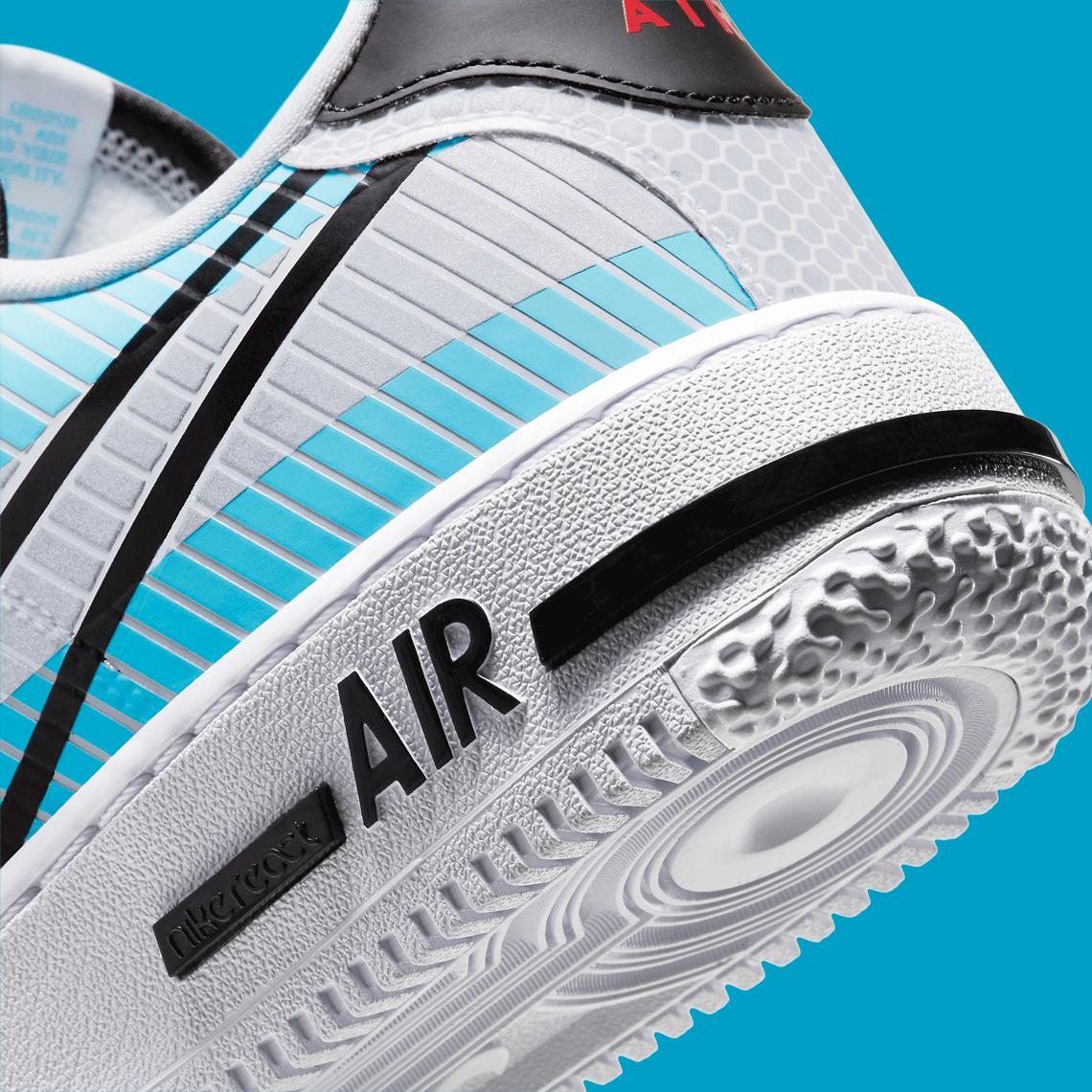