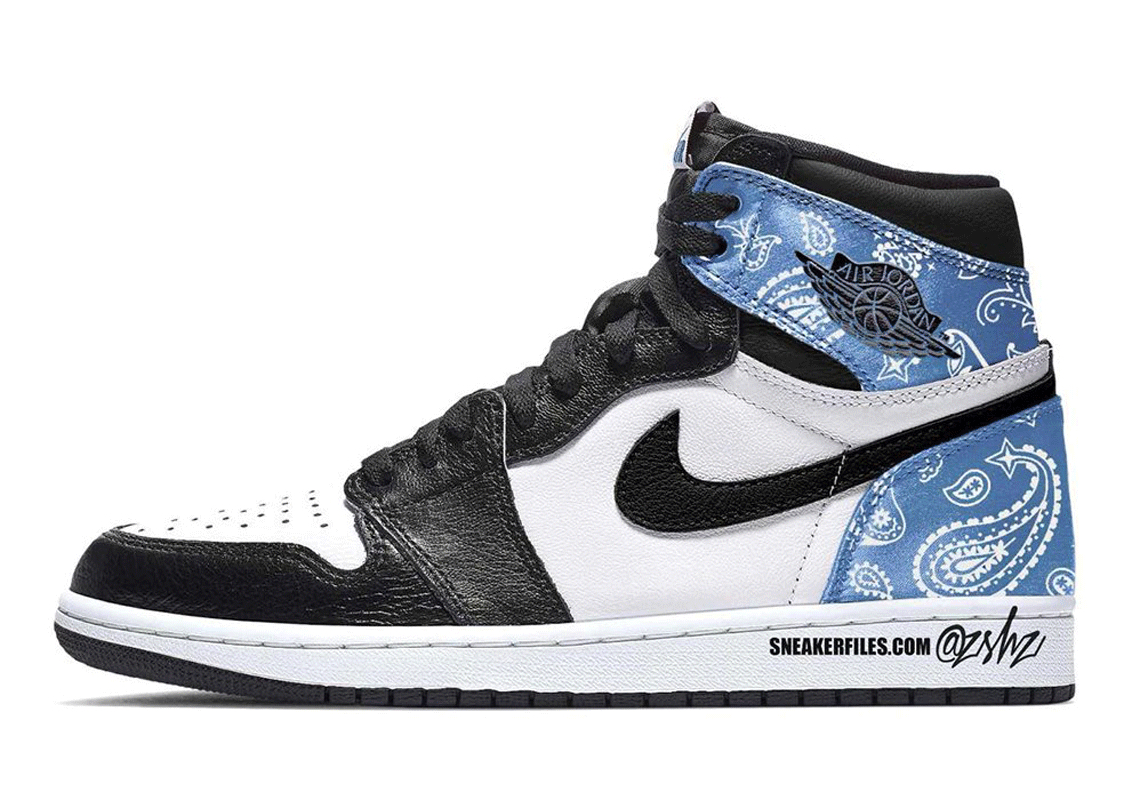 Although many of NIKE, Inc.’s Jordan release dates for the remainder of the year have been confirmed, the North American sportswear behemoth is constantly modifying and adding to its catalog. As the start of the new decade embarks on its last two months, more rumors of more Jordans for 2021 and beyond continue to emerge, with the latest arriving in the form of an Air Jordan 1 Retro High OG “Paisley” for springtime.

While currently only depicted via mock-up, the forthcoming pair falls inline with some of the most beloved colorways of Michael Jordan’s first signature sneaker. Predominantly two-tone, the true-to-OG-form Jordan 1 is believed to feature a smooth white leather base overlaid with equally soft, black overlays across the forefoot, along the tongue and throughout the midfoot. Profile swooshes and collar panels follow suit, just as sole units, but ankle flaps and bottom heel overlays deliver blue paisley flair to the pair. Several bespoke projects and customs throughout the last decade have applied the infamous bandana print to the beloved silhouette, but it seems Jordan Brand is finally ready to make the arrangement official (perhaps with some influence from Travis Scott?). The contrasting hue also takes over “NIKE AIR” branding on the tongue.

As with all mock-ups, the final product is likely to differ, so enjoy the image below with some reservations. Nevertheless, the pair is slated to hit Nike SNKRS throughout Spring 2021.

For more from NIKE, Inc., safari print has recently arrived to the Nike Air Force 1 By You customization platform. 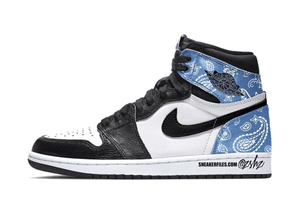 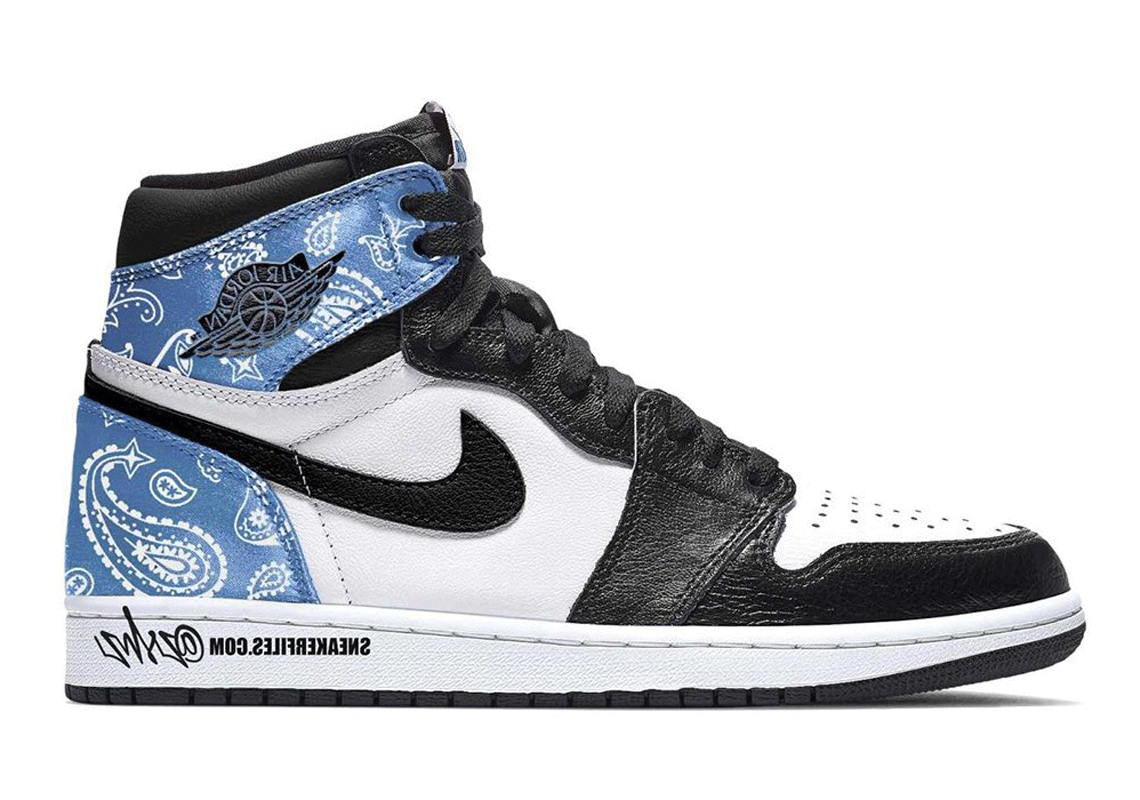