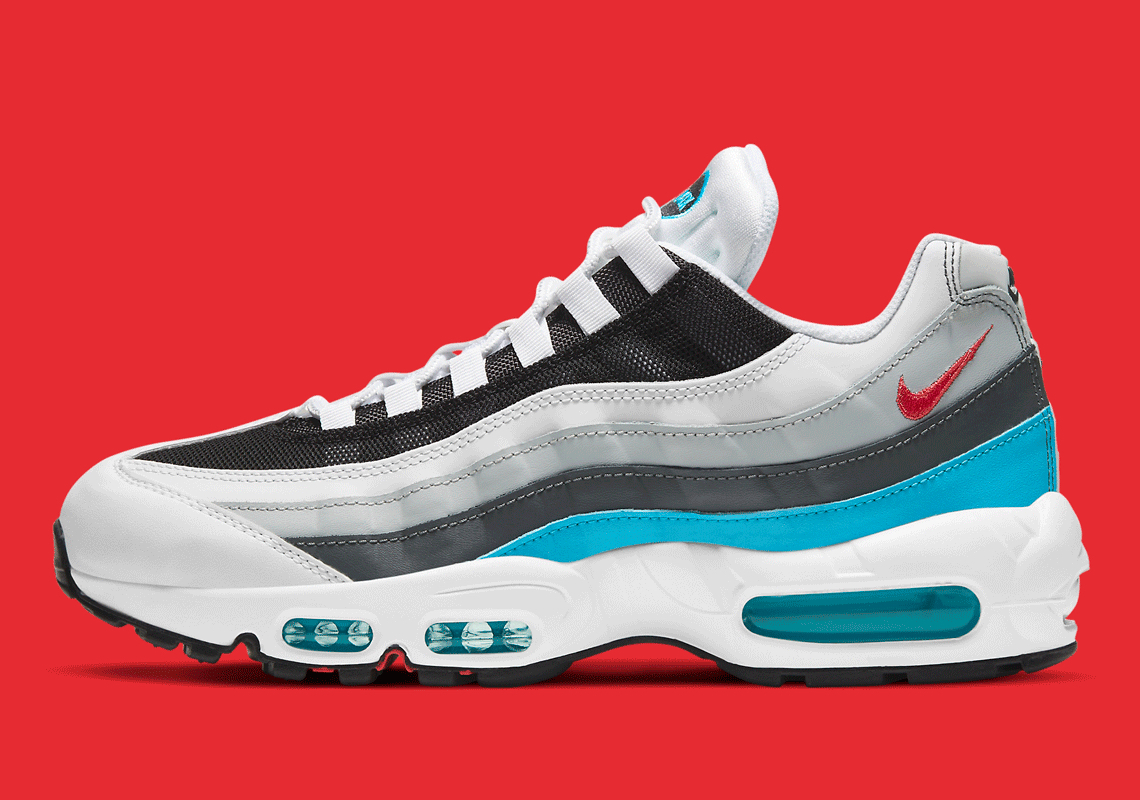 NIKE, Inc. isn’t shy about referencing its own work across subsidiaries and categories. While not officially, the latest example arrives in the form of a Nike Air Max 95 reminiscent of the LeBron 7 “Red Carpet” from 2009.

Predominantly clad in a greyscale arrangement, the 25th Anniversary-celebrating silhouette features “Glass Blue” and “Challenger Red” accents throughout its upper and sole unit. The latter hue appears on the tongue, lateral heel swoosh and most-bottom medial overlay. As if nodding to 3D-glasses, the aforementioned blue hue appears opposite of the scarlet tone’s appearance on the tongue and medial side. Air Max units underfoot and their window on the outsole also indulge in the vibrant “Glass Blue” color, but not without its complement: a shade of red interrupts the “Black” tread near the forefoot.

Enjoy official images of this Air Max 95 ahead, as you wait for official Nike.com release details to emerge.

For other self-referential options from NIKE, Inc., check out the Air Jordan XXXV “DNA” set to launch in November. 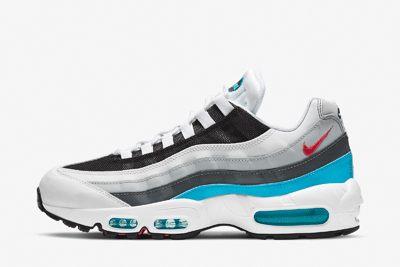 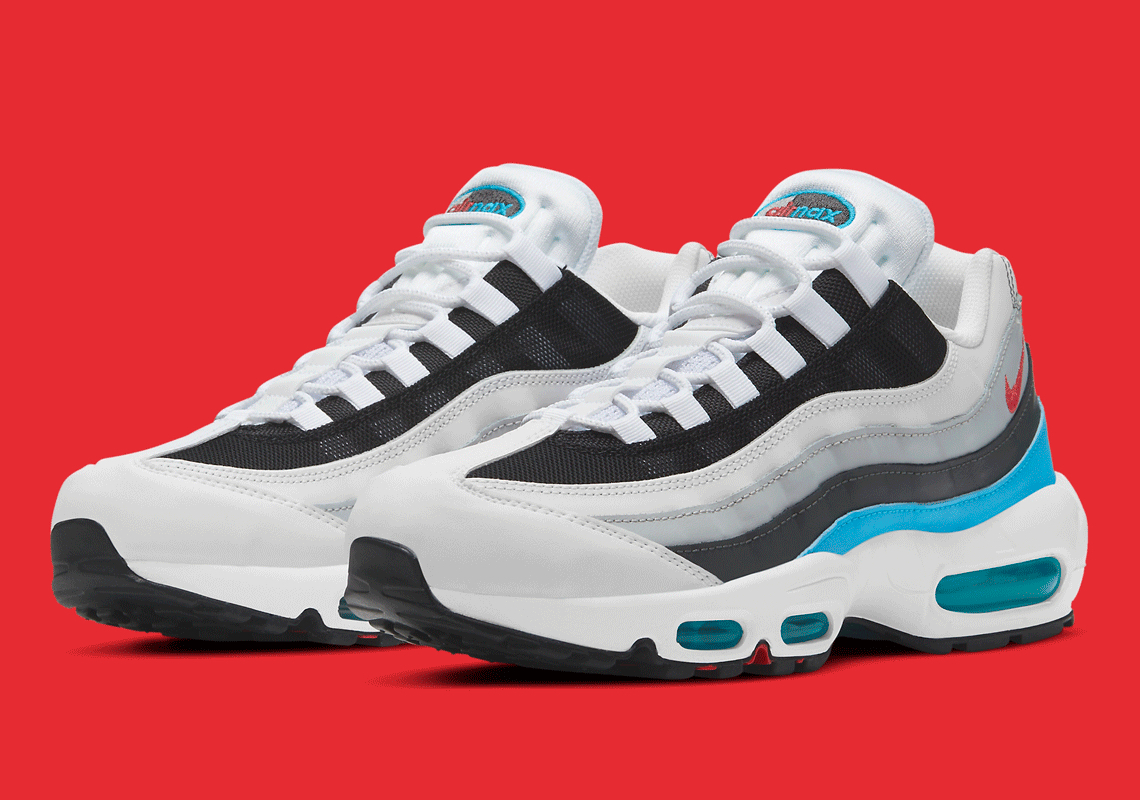 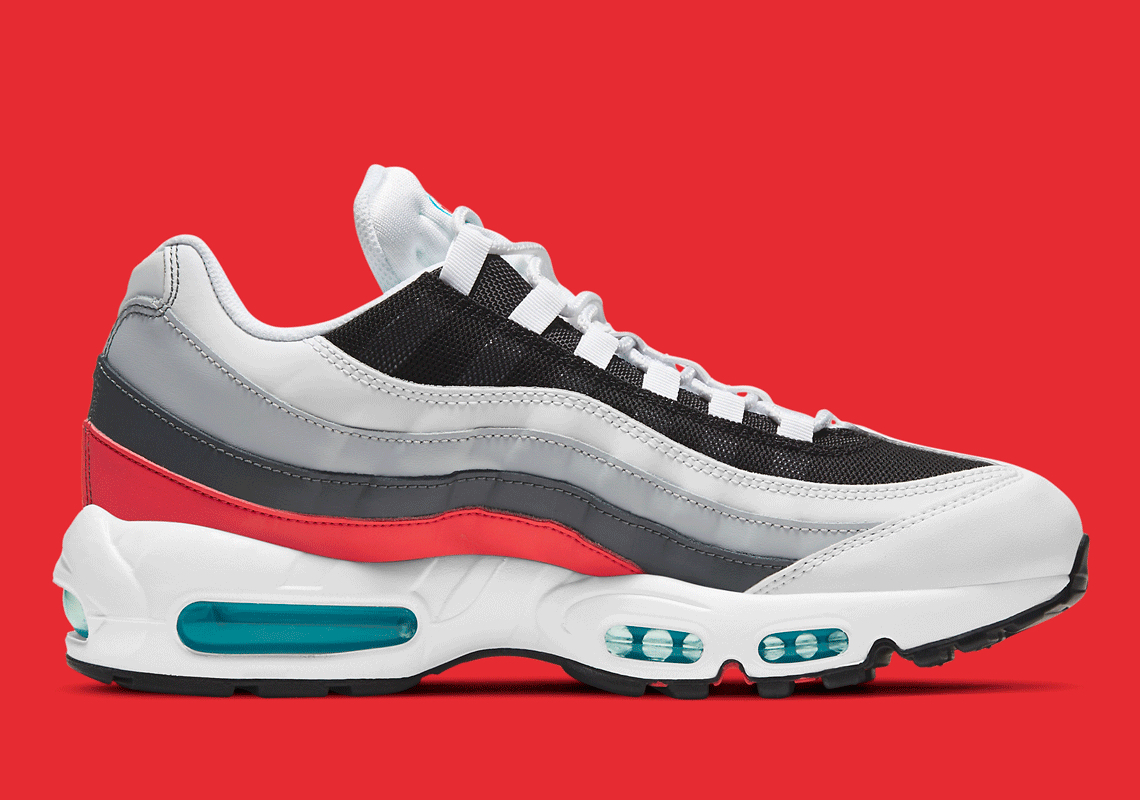 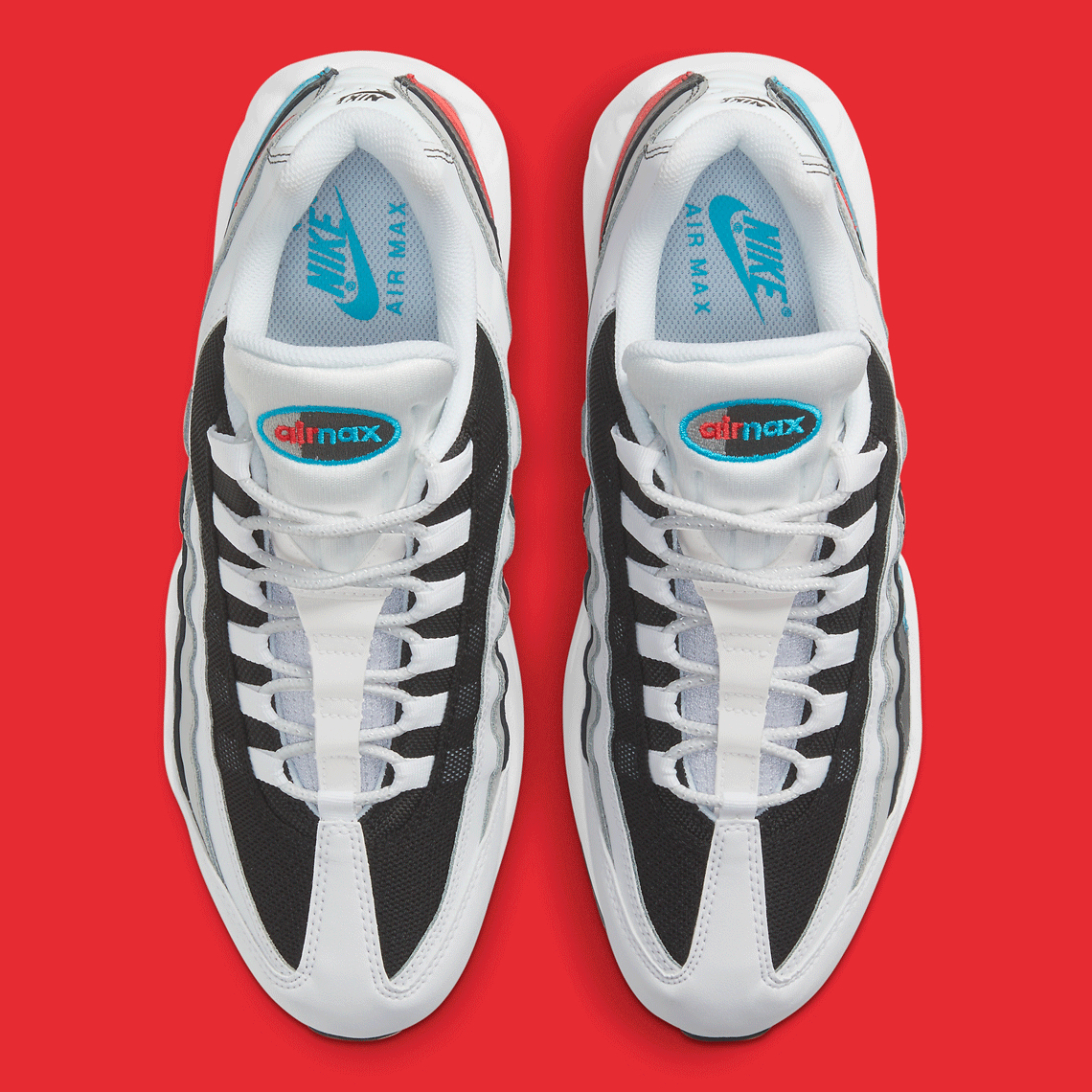 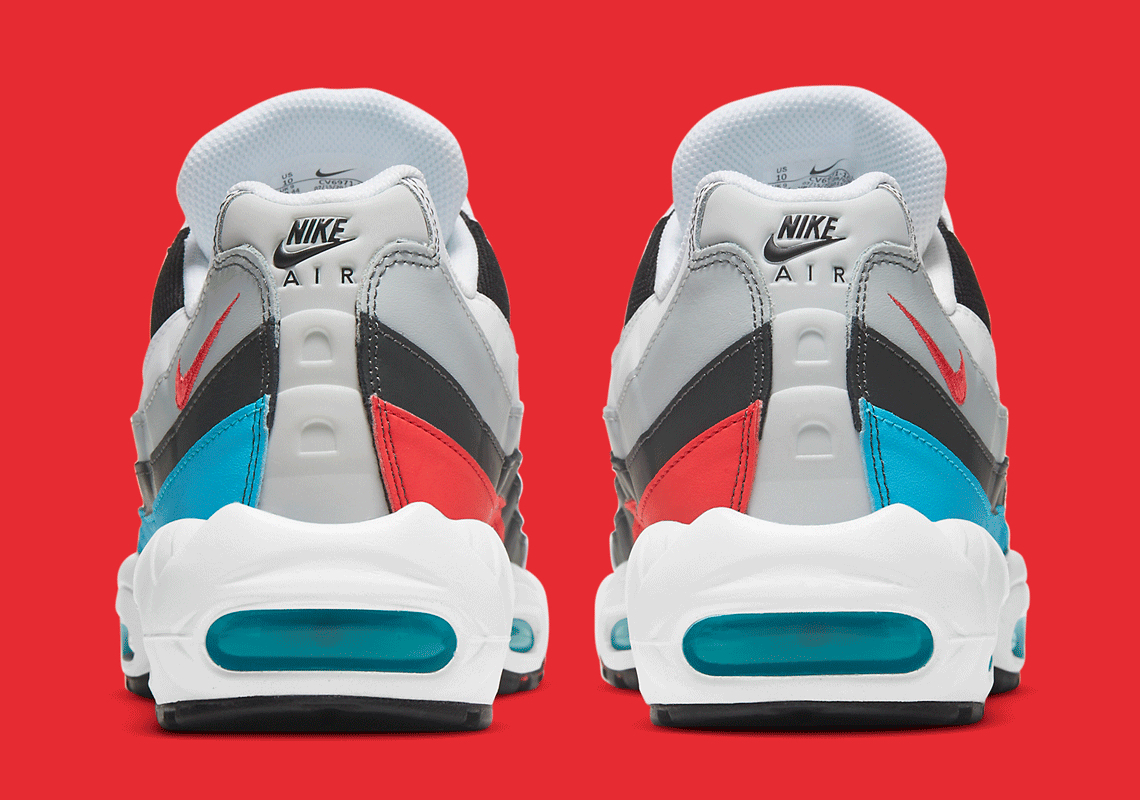 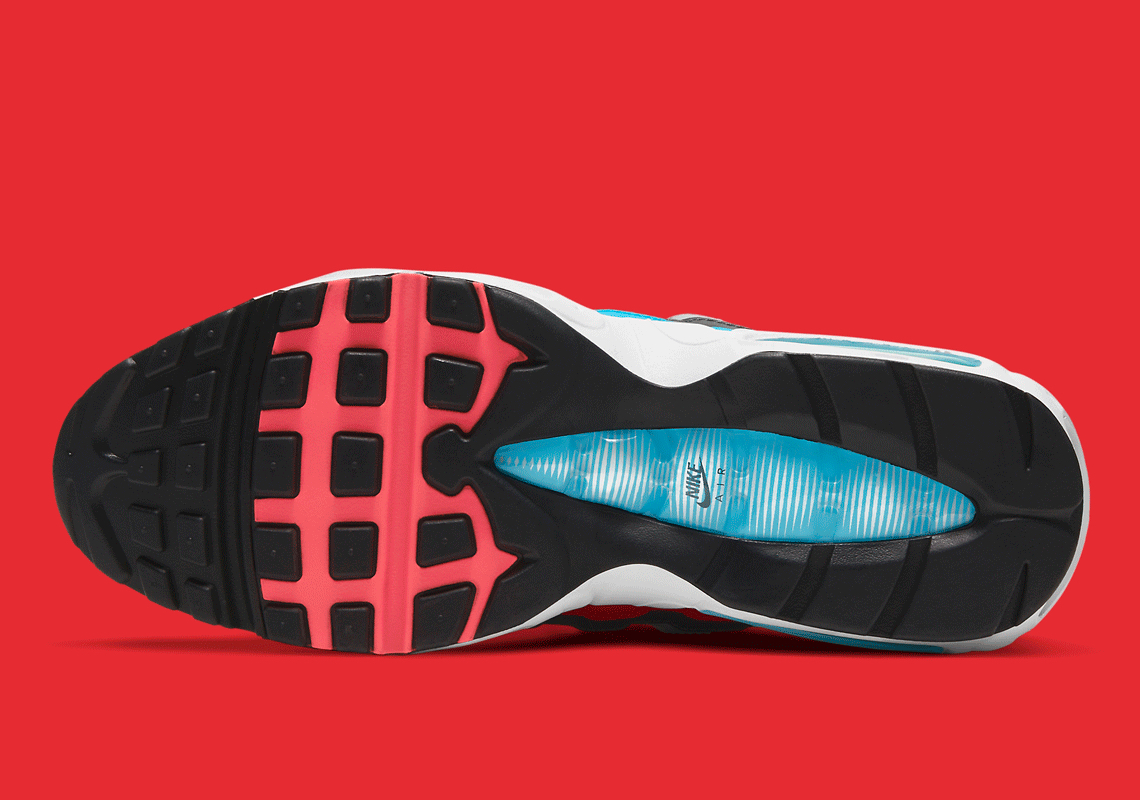 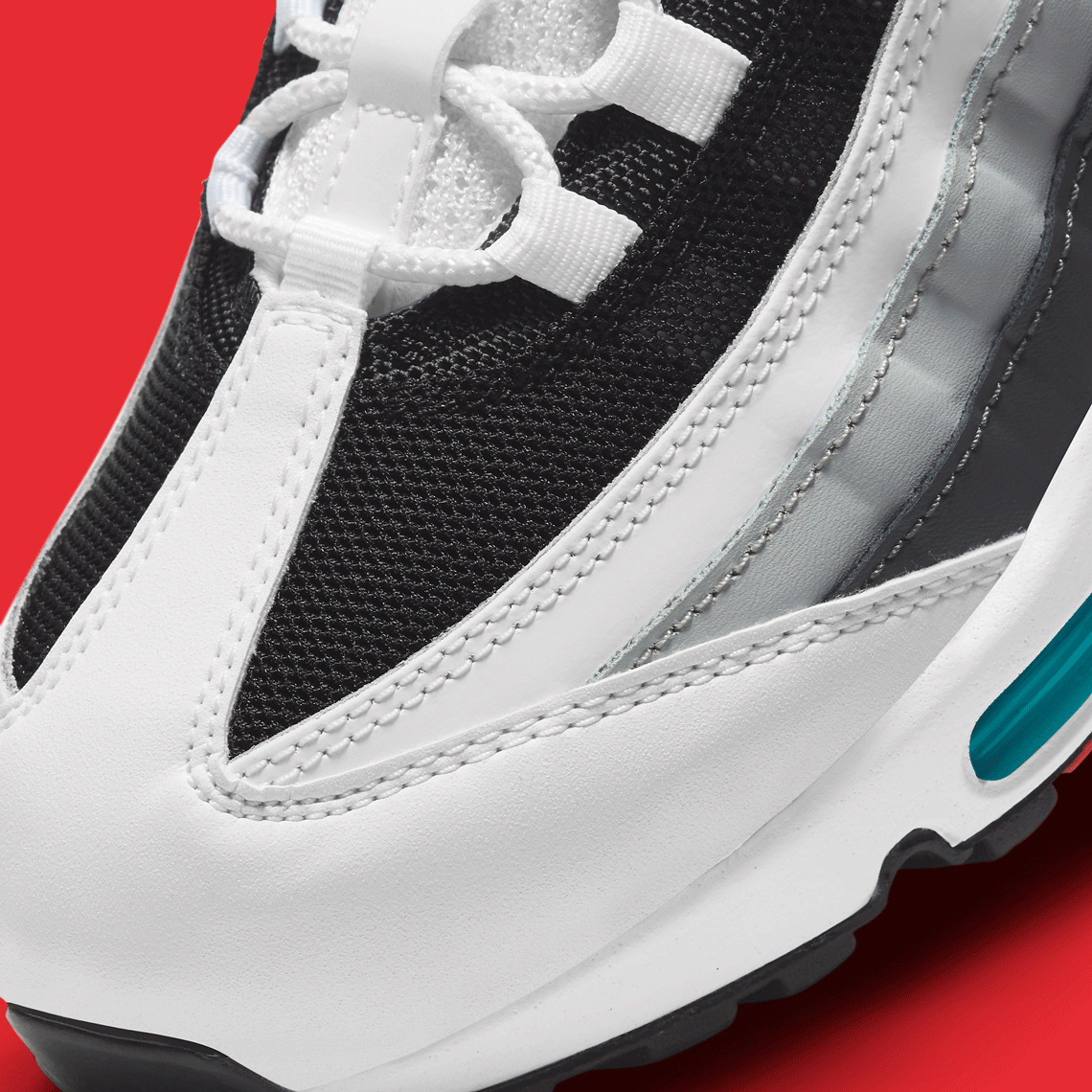 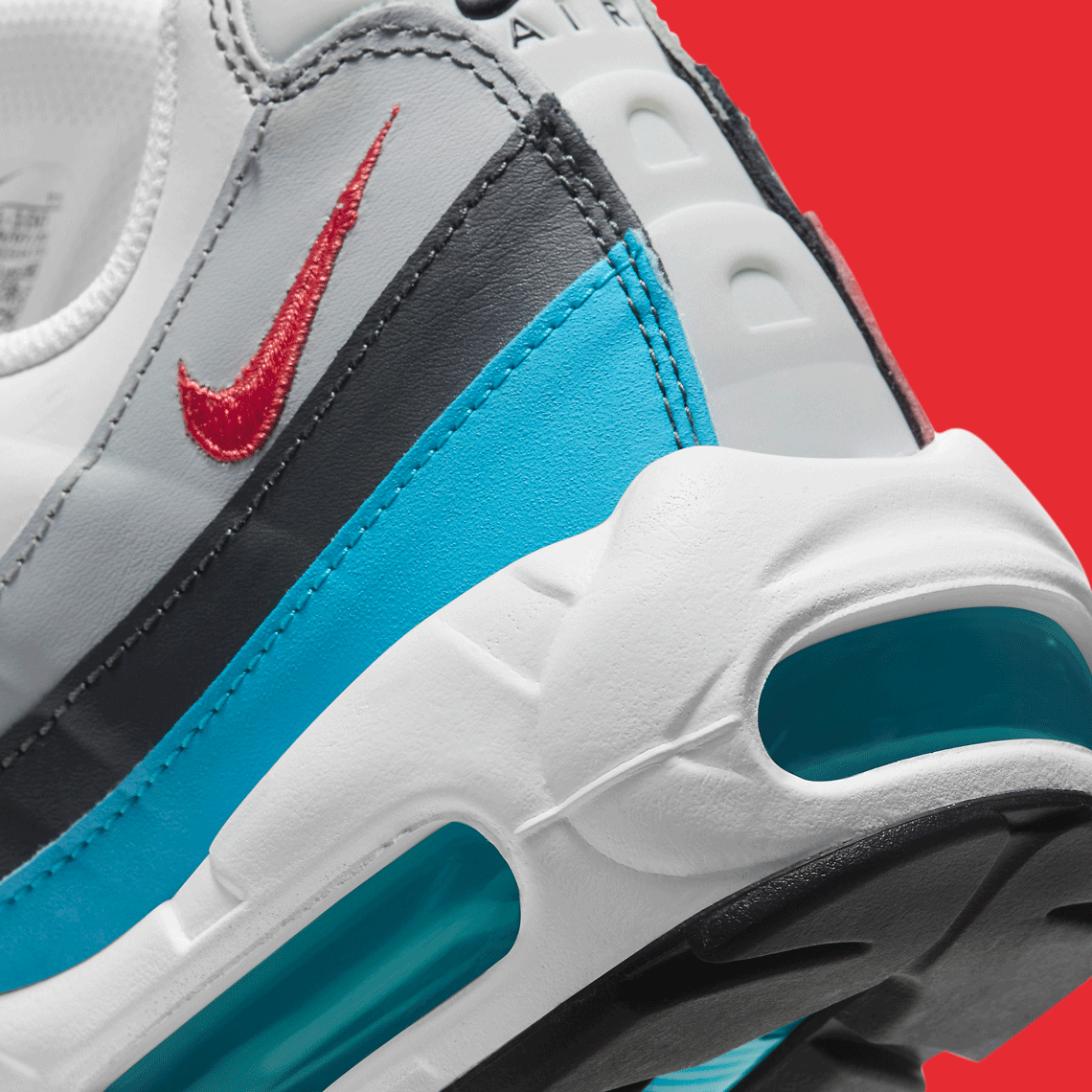