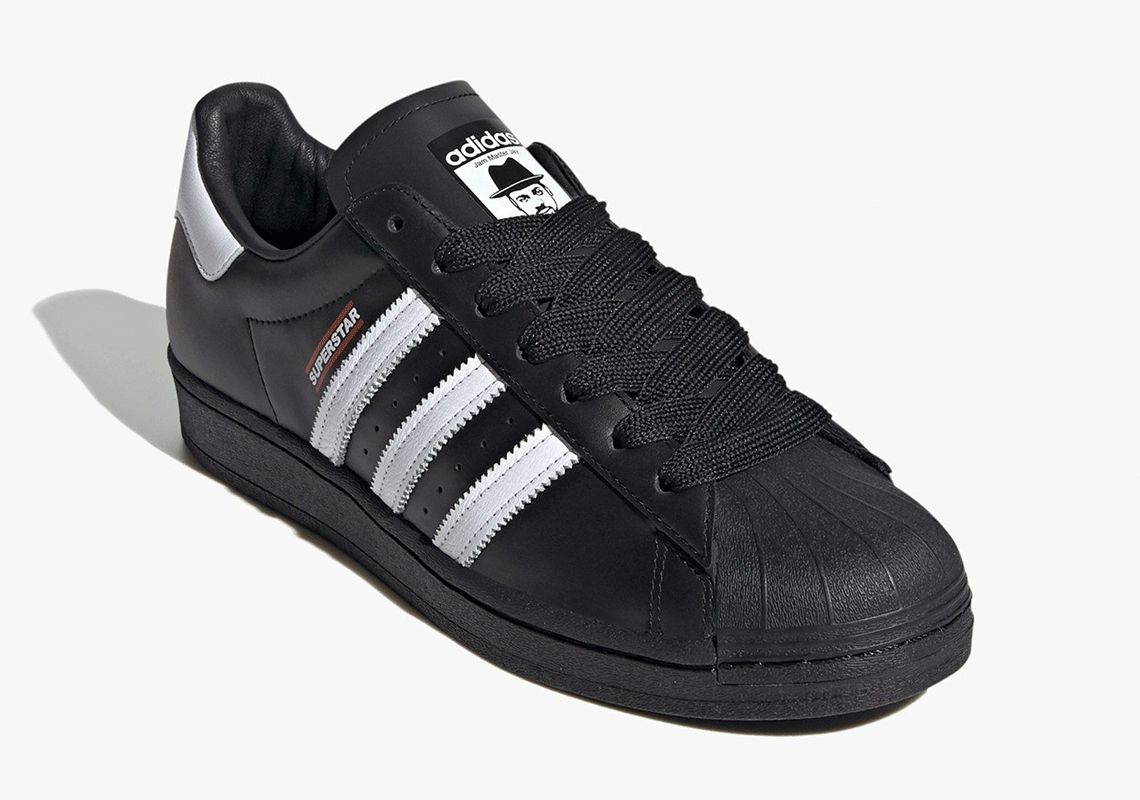 Before 2020 officially began, adidas announced that the start of the new decade would be huge for its beloved Superstar silhouette. Since then, the classic shell-toe sneaker has emerged in several familiar and heavily-modified ensembles courtesy of some of the Three Stripes’ newest family members, including Prada and Sean Wotherspoon. Yet, the model hasn’t forgotten three figures crucial to its widespread success in North America: Run-DMC.

Without the Hollis, Queens, NY group’s co-sign in the 1980s, there’s no telling where the Superstar would be today. So for its 50th Anniversary, the once-basketball staple has further cemented the hip-hop trio in its legacy, most recently with a pair branded with the late Jam Master Jay’s graphic. Not dissimilar from its readily-available version, the forthcoming pair is clad in “Black” and “Footwear White,” the latter taking over profile 3-Stripes, heel overlay and much of the tongue label. Scarlet contrast enters the mix on the lateral side as accent to “SUPERSTAR” text; sockliners also indulge in the red tone. Everything else – rubber toecap, laces, sole unit, leather lining – boast the pitch-dark scheme that makes out JMJ’s image on the tongue.

Enjoy a close look at the shoes here below, and expect pairs to hit retailers across the globe on October 30th.

For more from the Three Stripes family, the Yeezy 380 “Calcite Glow” arrives on October 31st. 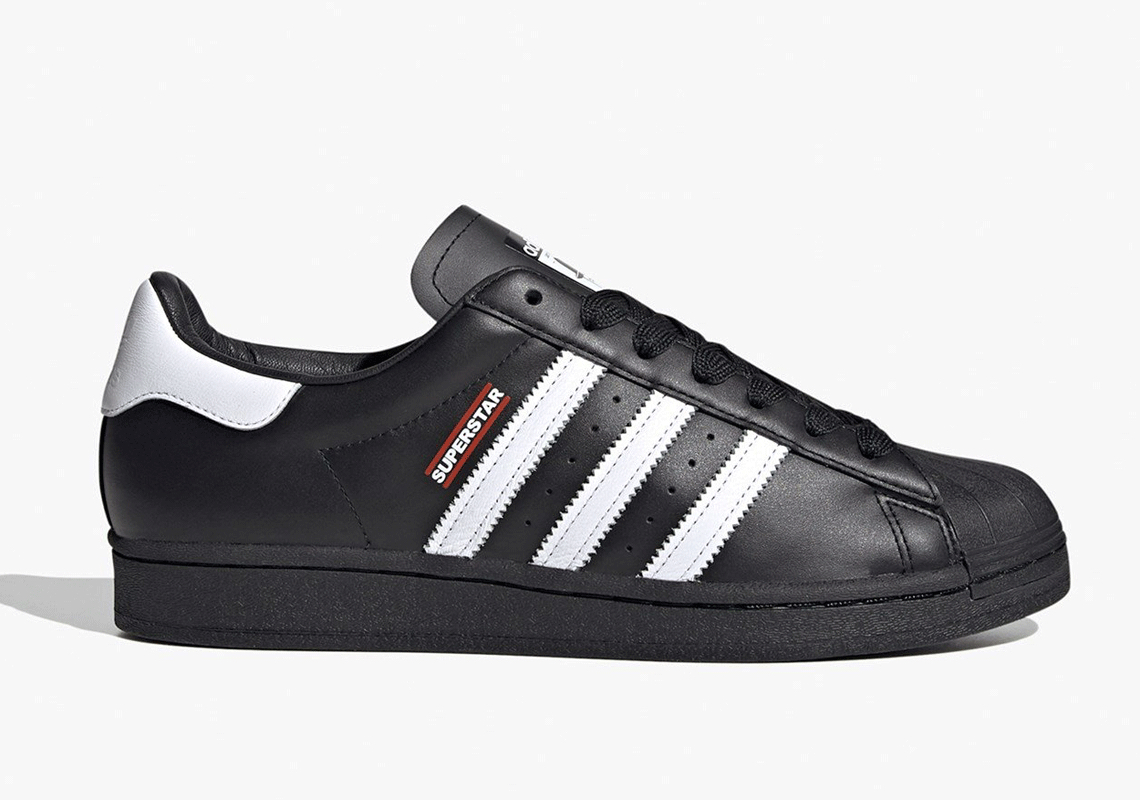 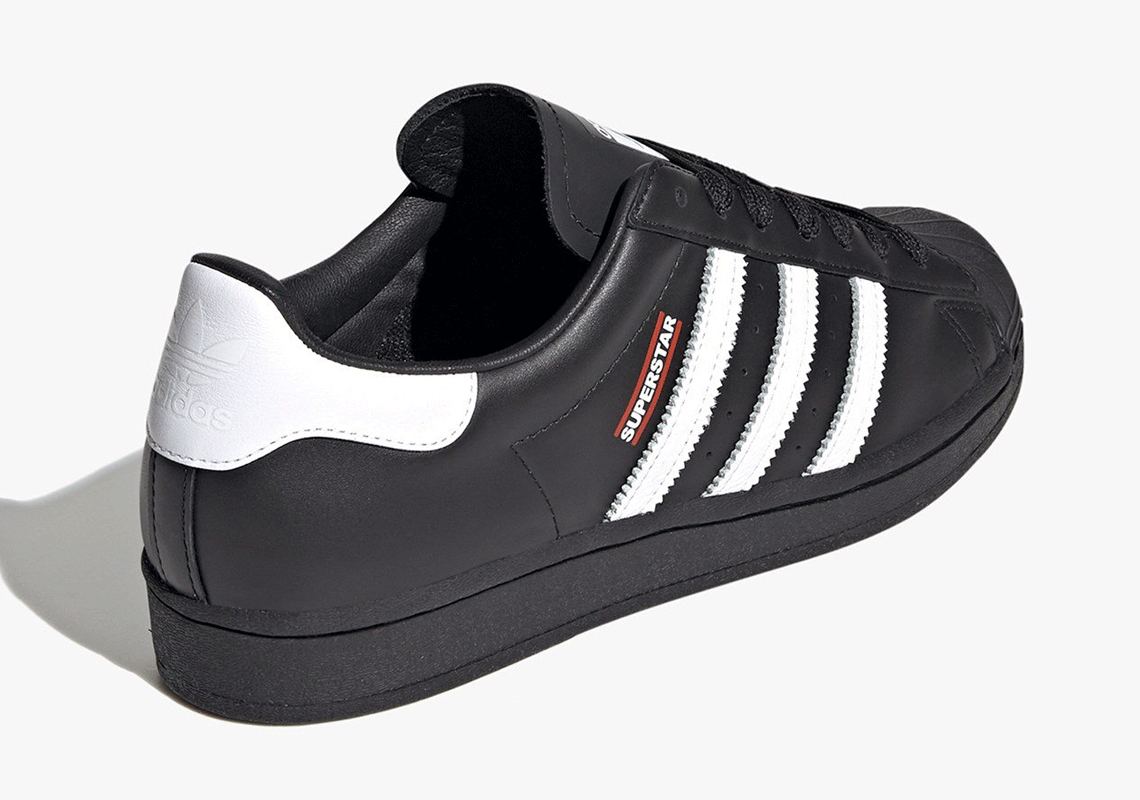 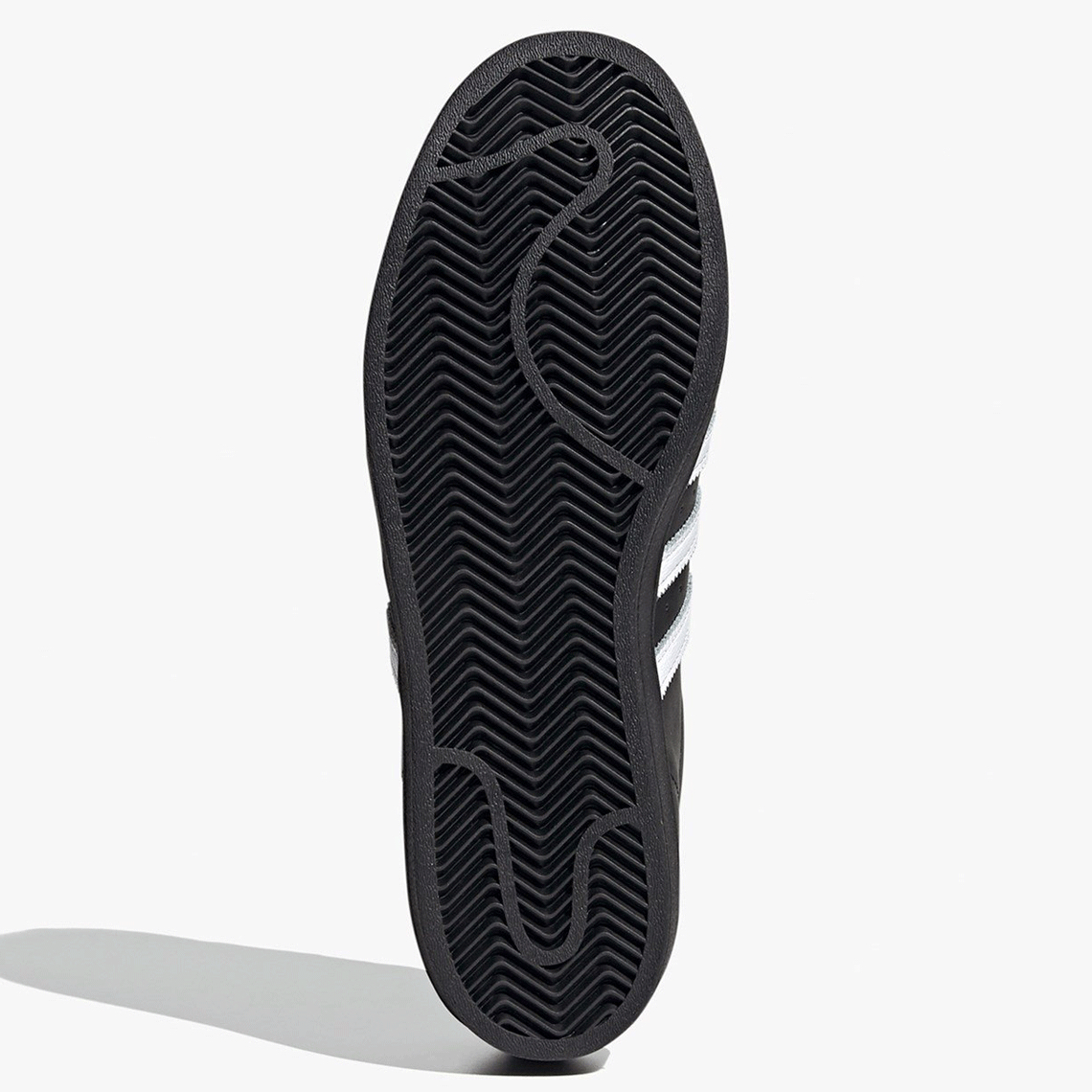 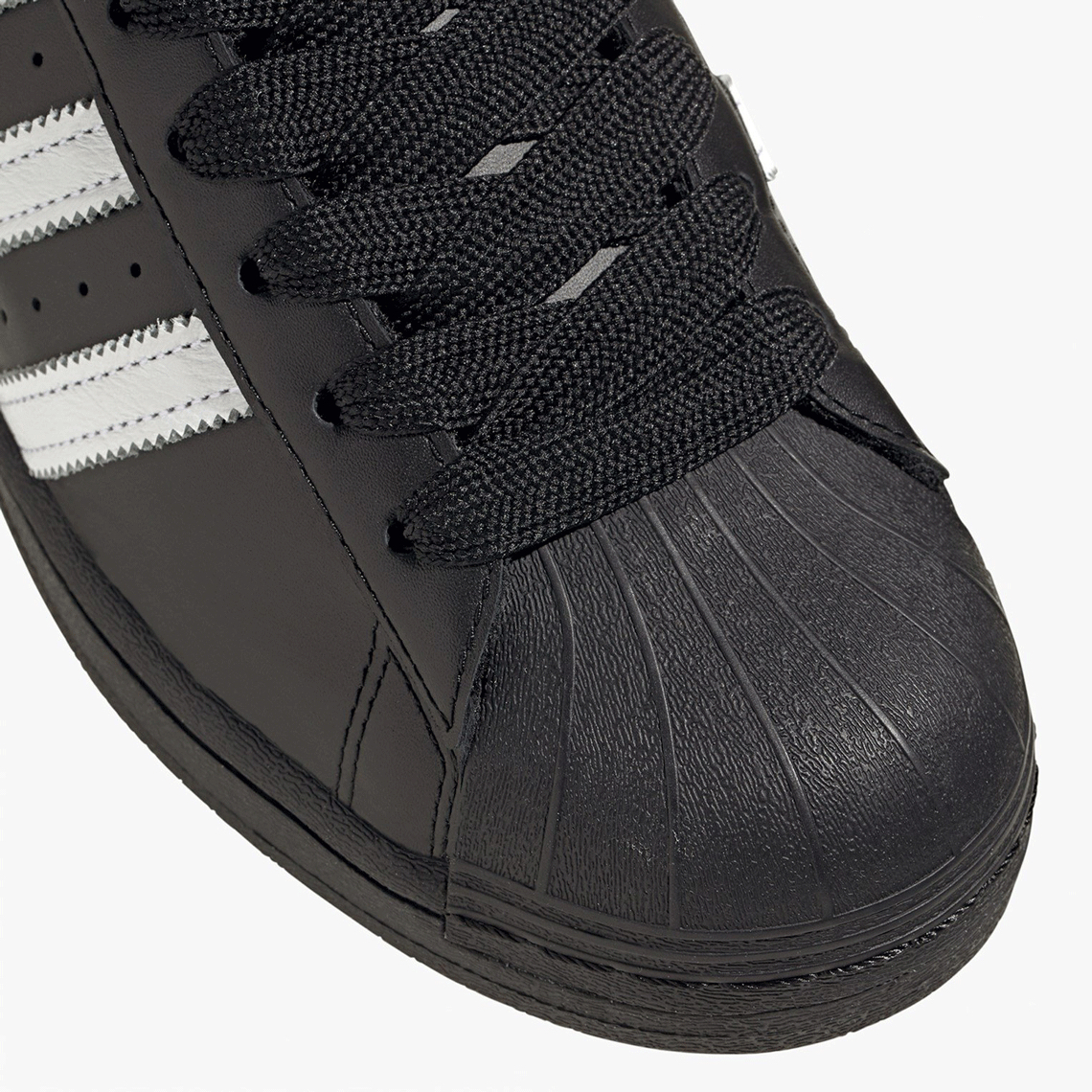 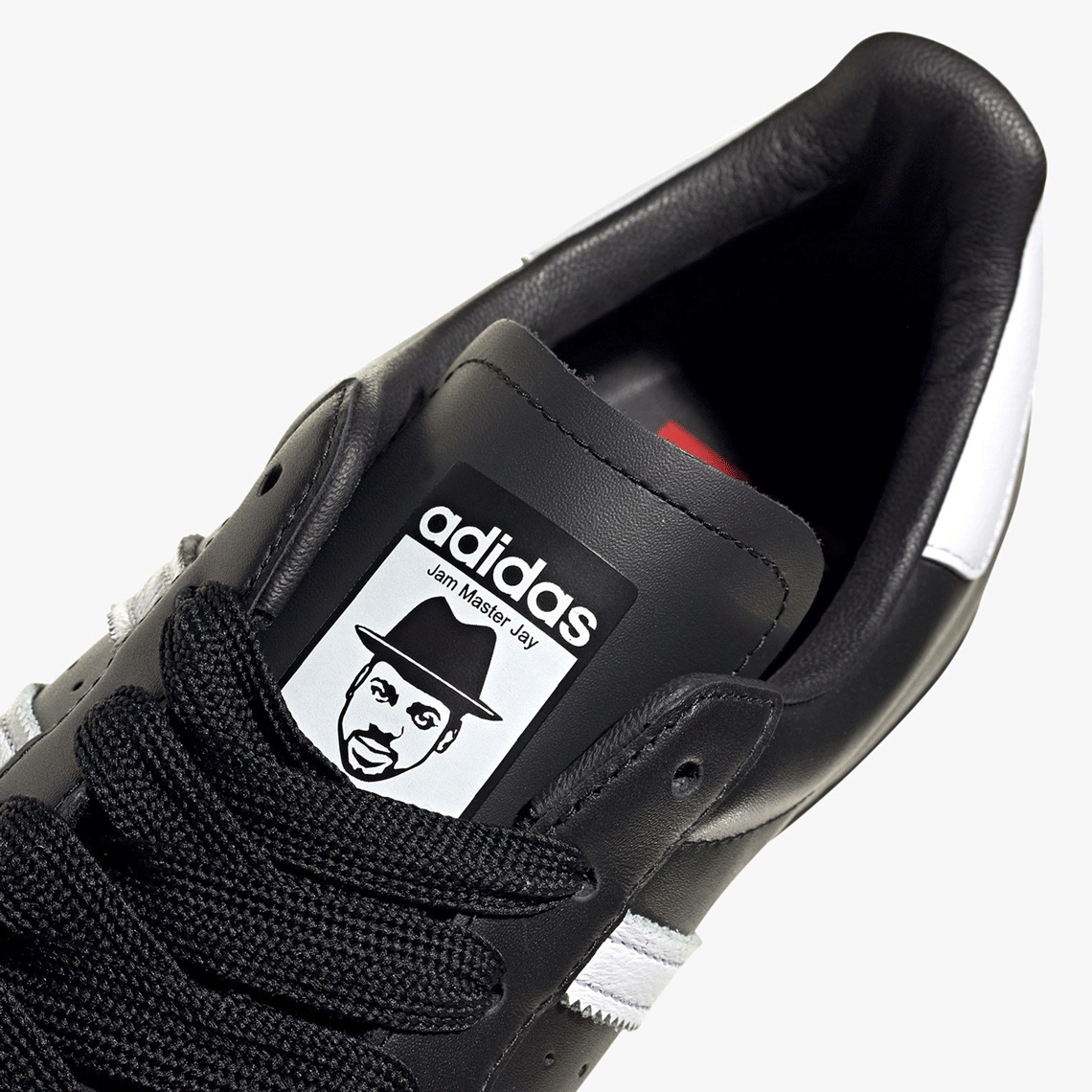 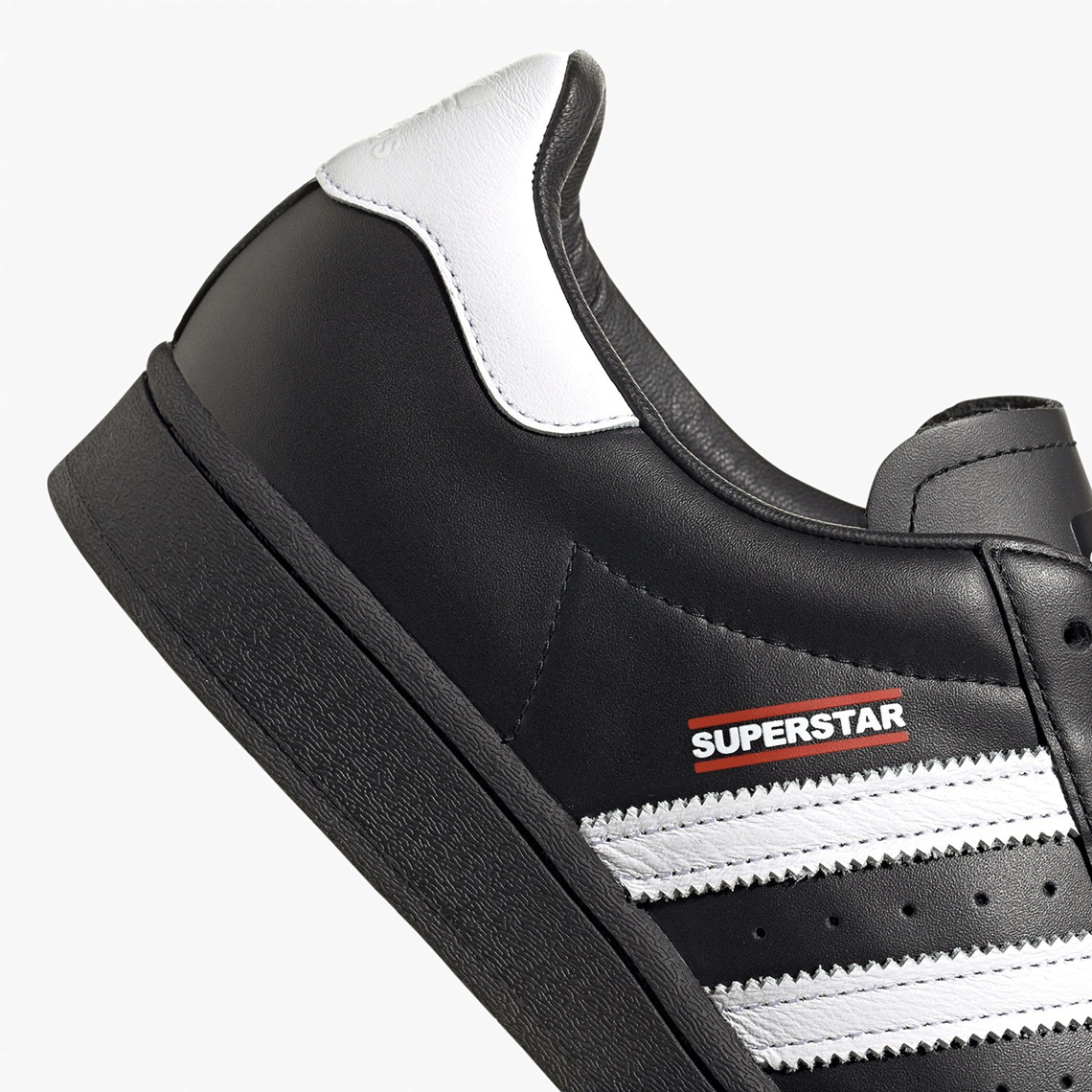