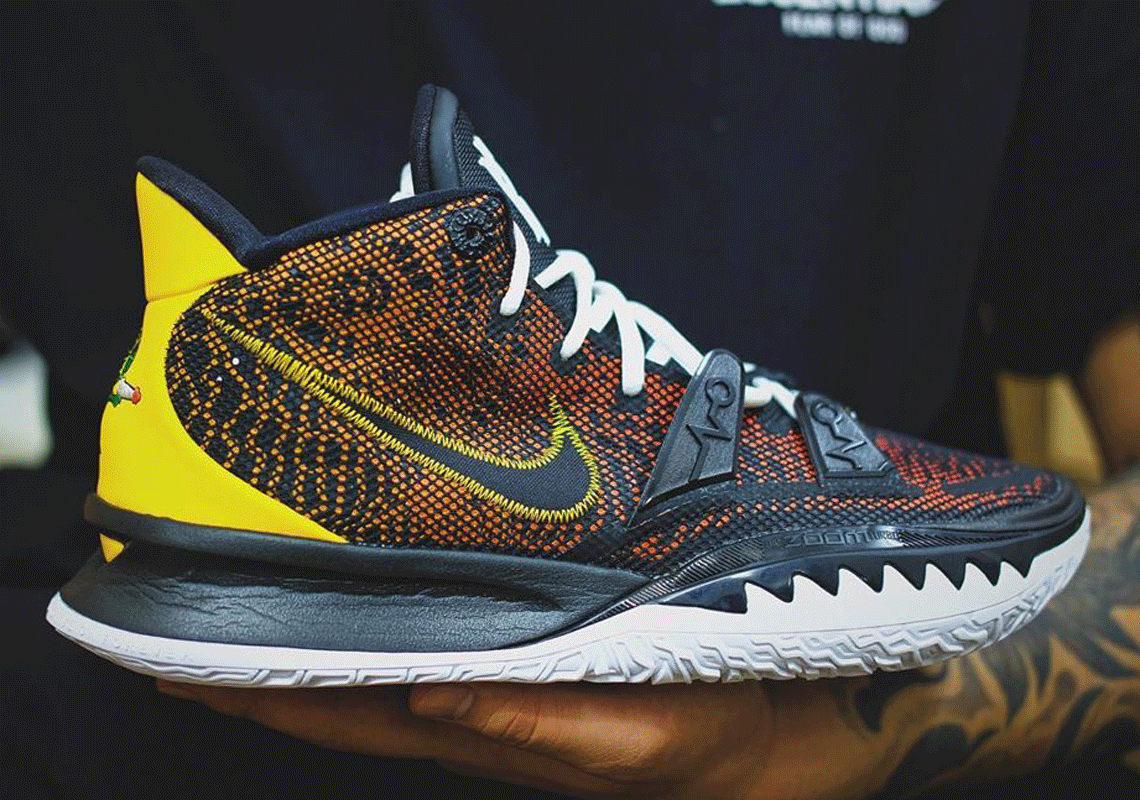 If the Nike Kyrie 7 Pre-Heat collection is indicative of anything, it’s that Kyrie Irving and his Swoosh family are continuing to co-create some of the most story-driven and thematic sneakers in performance-basketball. Although no release date is yet known, the 28-year-old-guard is revisiting the “Roswell Rayguns” concept utilized by Nike SB in 2005.

As a child, Irving was a skateboarding enthusiast, which has led him to not only wear some of the most beloved SB Dunks off-court, but also bring their colors and motifs to his signature collection. Back in 2017, the Brooklyn Nets guard, who was with the Boston Celtics, brought the fictional basketball team to life on a Kyrie 3 PE. Whereas Irving’s third signature sneaker follow the 15-year-old-SB Dunk’s arrangement faithfully, his seventh incorporates its own flair into the execution. Composite textile uppers are clad in black, but feature orange, ostensibly tie-dye-shaped patterns all-throughout. The lateral swoosh sport muted yellow stitching, while the heel favors a brighter tone; the team’s raygun-wielding mascot joins the mix straight in the center, also appearing at the vamp. Unlike its predecessor, the Kyrie 7 forgoes any Roswell-inspired palette across its sole unit. Instead, data-driven outsole patterns boast a mostly-white makeup.

It’s possible this recently-teased Kyrie 7 “Raygun” is another player-exclusive for Irving, but that may change as the silhouette’s release calendar gets underway. In any case, enjoy a closer look at the pair here below.

For more from Nike Basketball, the KD 13 just surfaced in a colorway inspired by the Nets’ Classic Edition jersey. 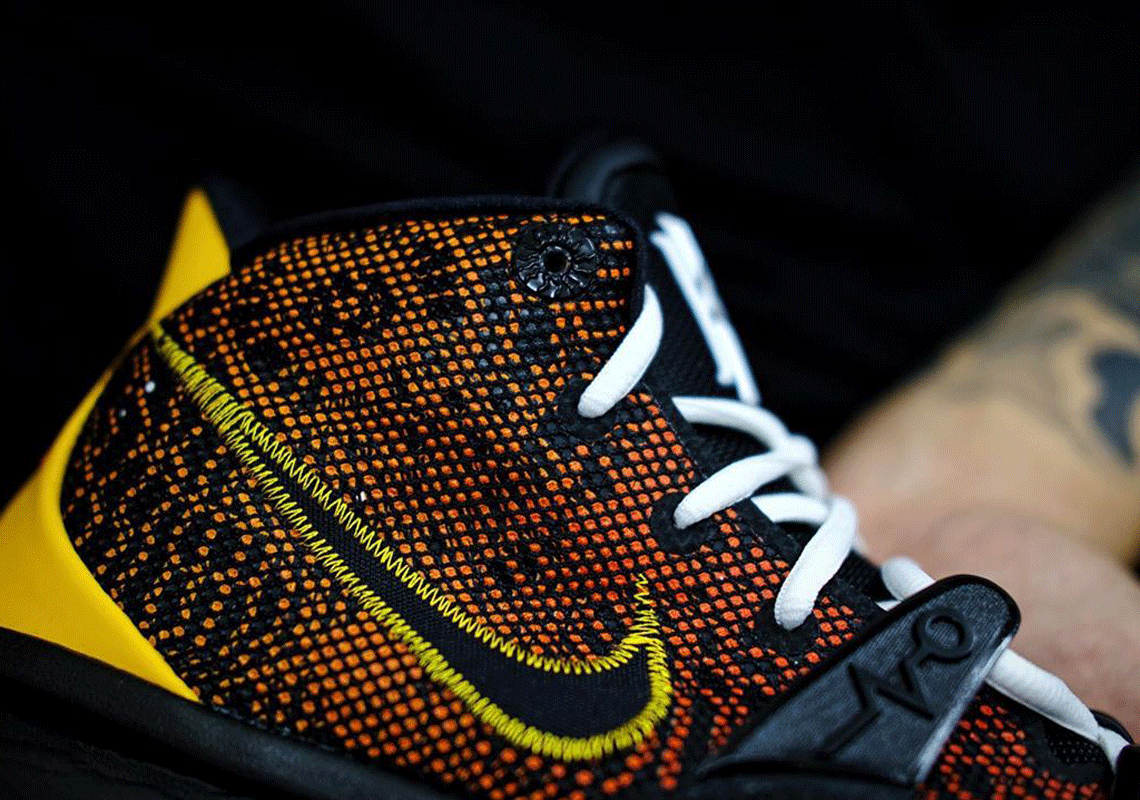 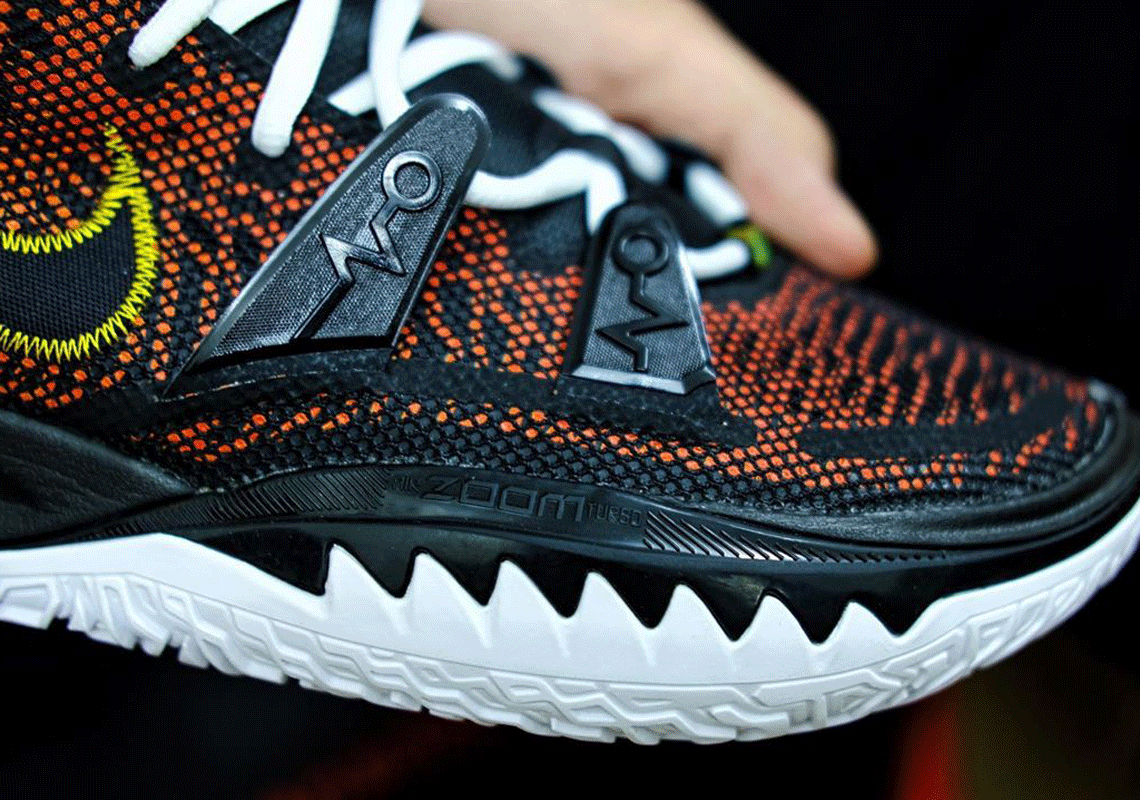 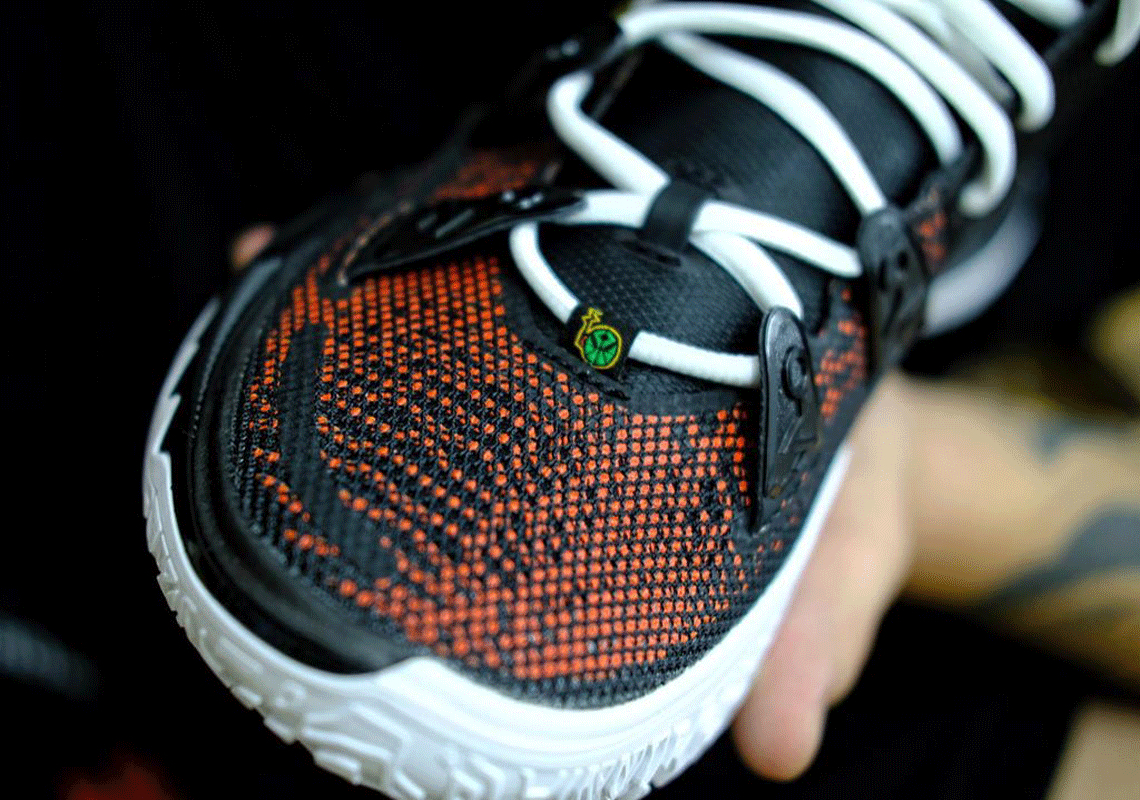 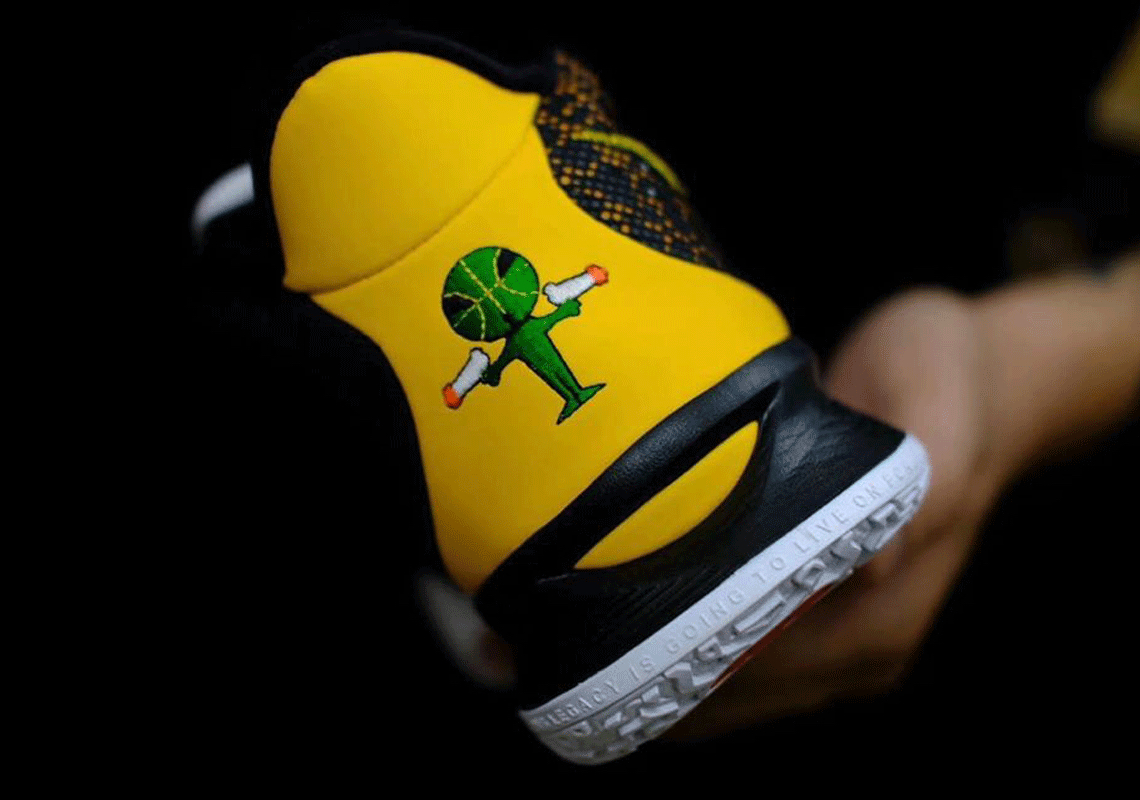 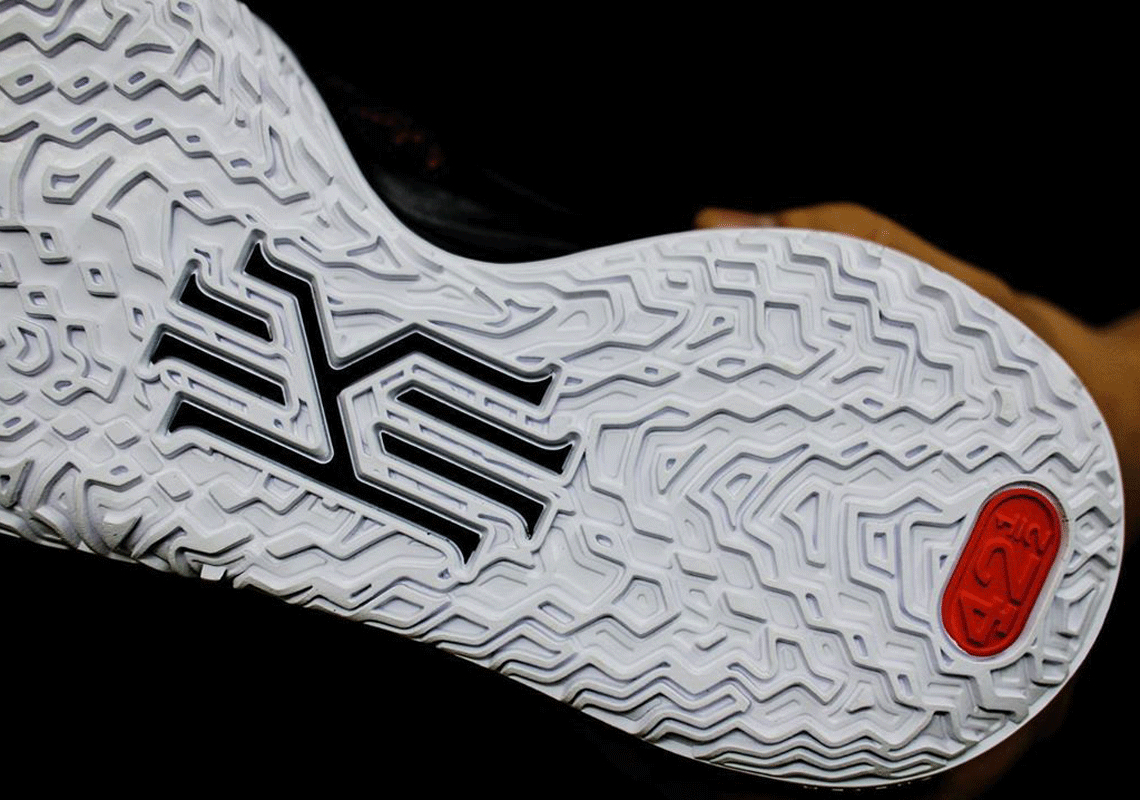