The Nike Kyrie 7 is the seventh silhouette in Kyrie Irving's signature sneaker line with NIKE, Inc.

While official details are still largely unknown, the performance-basketball sneaker is set to debut throughout Fall 2020. Teaser images of the Nike Kyrie 6 successor reveal both notable updates from and nods to former models within the Nike Kyrie line. As denoted on the silhouette's sock-liner, an articulated Air Zoom unit, composite textile upper, and computational traction across the outsole are Irving's newest sneaker's most notable features. Aesthetically, the model is reminiscent of the Kyrie 1 given its serrated tooling along the lateral forefoot. The current Brooklyn Nets guard's latest signature sneaker forgoes midfoot straps and translucent heel molds for a much more streamlined design. Nevertheless, the 28-year-old's signature and logo are stamped throughout the silhouette. Additionally, heels of the sole unit boast Irving's words upon learning of Kobe Bryant's passing: “HIS LEGACY IS GOING TO LIVE ON FOREVER”.

As with previous models, the Nike Kyrie 7 is likely to see a release roster complete with colorways inspired by Irving’s NBA team, spirituality, family, and other interests. Special releases for Chinese New Year and by collaborators such as Boston’s Concepts may also join the mix.

The seventh Nike Kyrie can be expected to be priced at or just above $130 USD. 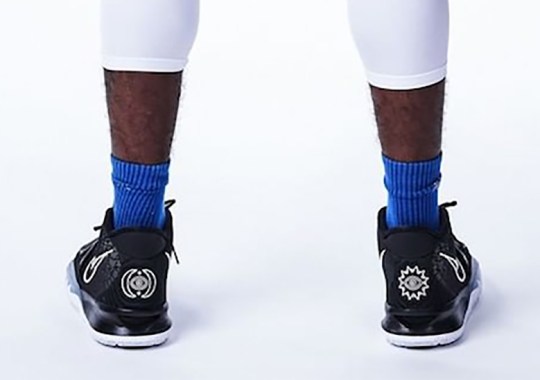 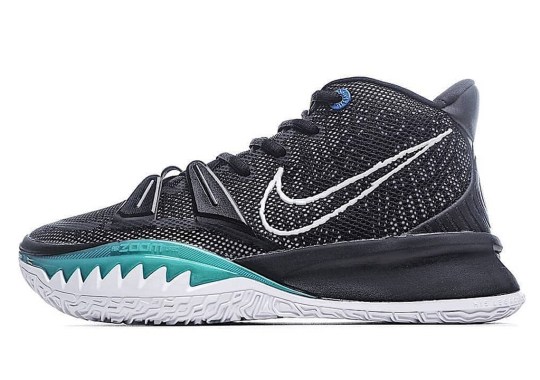 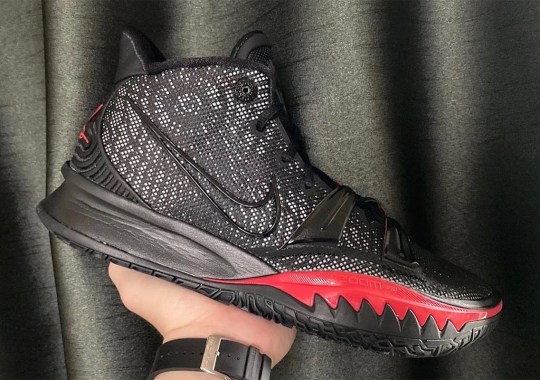 First Look At The Nike Kyrie 7