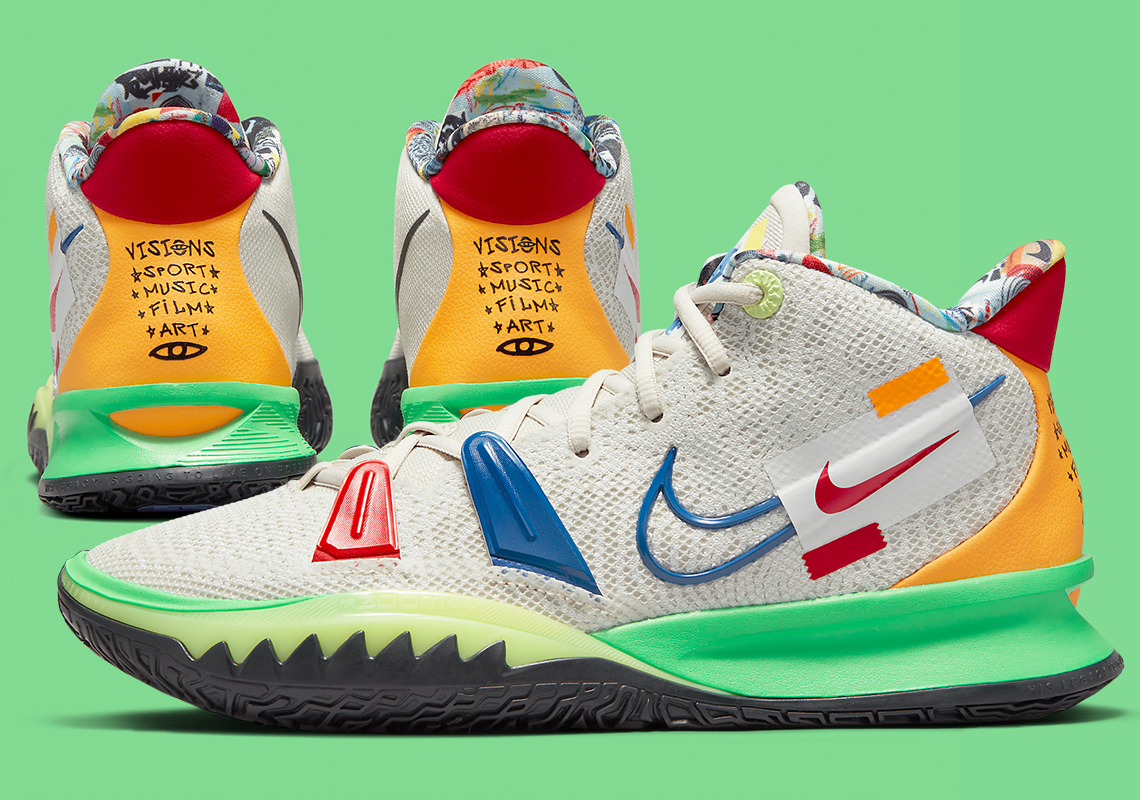 Nike and Kyrie Irving’s relationship seems a bit strained as of recent, the athlete expressing clear distaste for his latest signature. And amidst this controversy, the brand seems to have taken a step back, opting to deliver further iterations of the Kyrie 7. The “Visions” colorway is but one of likely many to come, its themes an ode to Irving’s passions off the court.

While an expressive nod to the athlete at points, the pair starts with a rather straightforward upper. The mesh, which appears almost lace-like, opts for a flat white look, one that complements the tongue and strings adjacent. Then, hits of bright neon green come into play, stealing the spotlight as they dress the entire midsole. Elsewhere, this color serves a more supporting role, placed off to the side of a patterned lining and numerous primary-colored fixtures. And its here — along the yellow, specifically — where Irving’s love for sport, music, film, and art are listed.

Enjoy a close-up, detailed look at these below. Sizes are surely on their way to Nike.com and select retailers as we speak.

In other news, have you seen the NBA Blazer Mid? 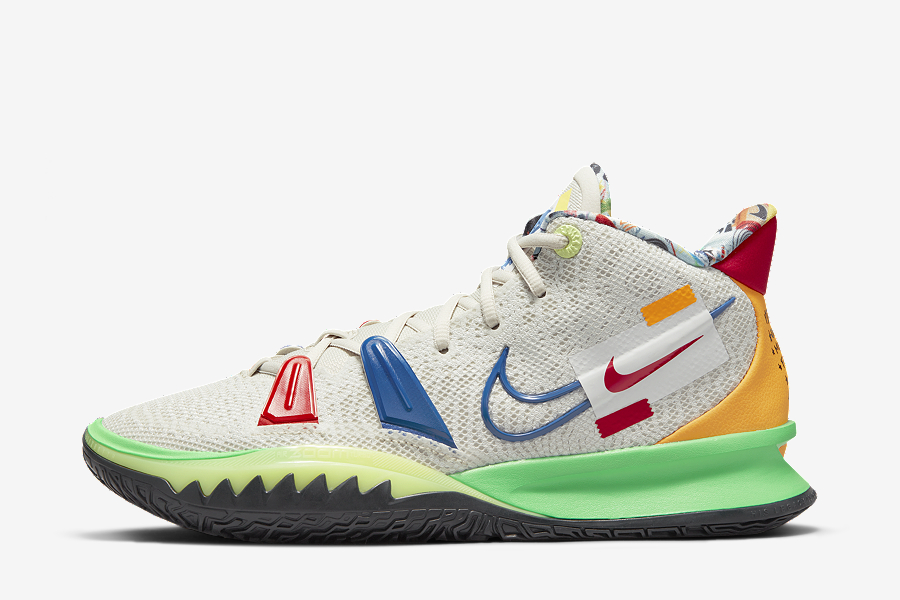 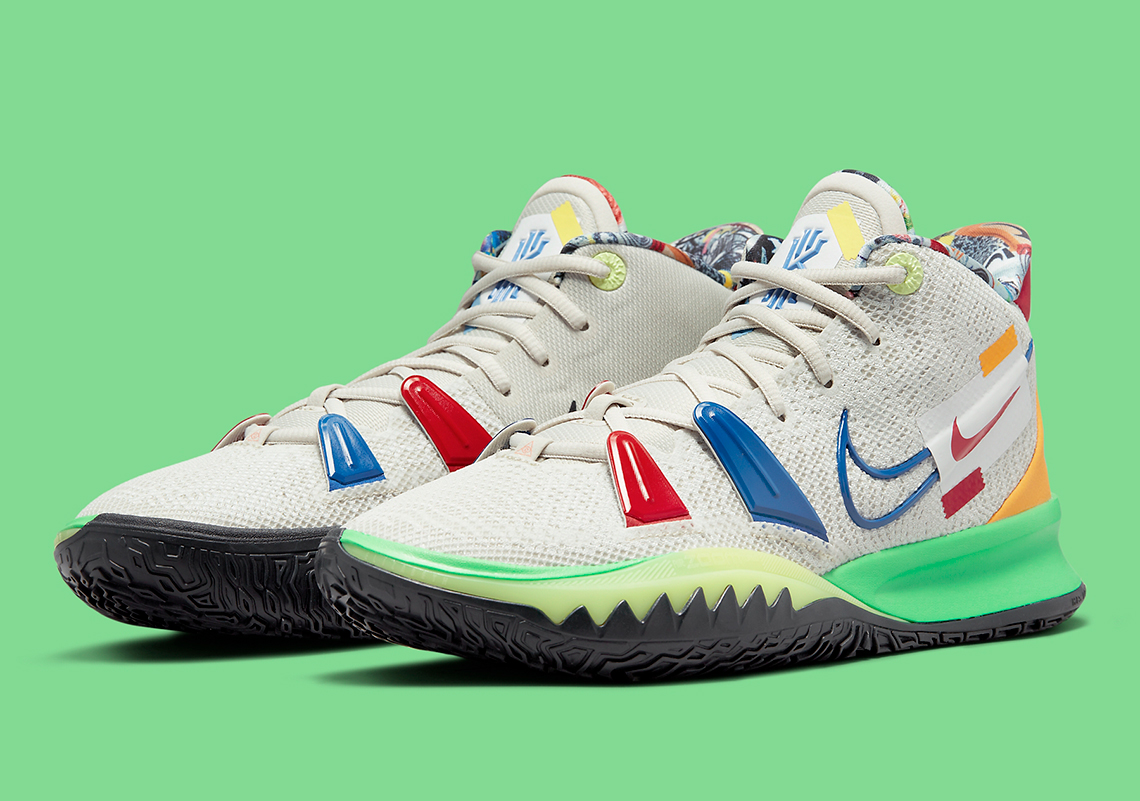 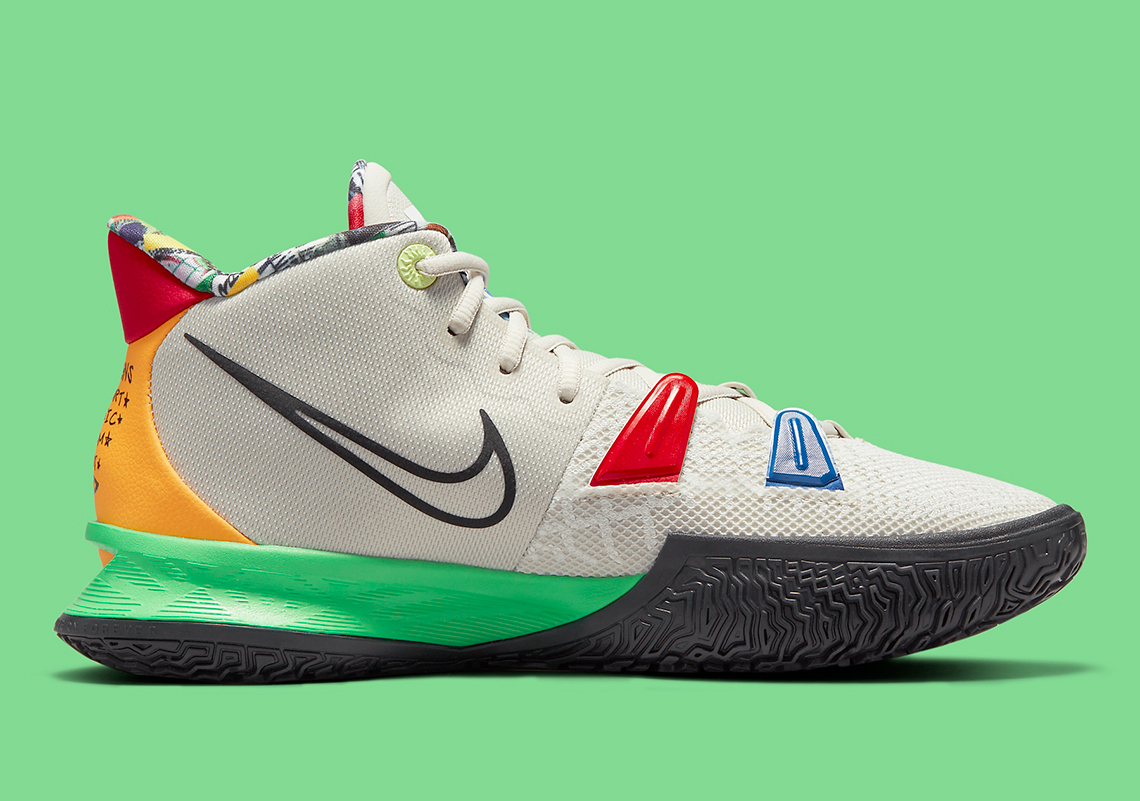 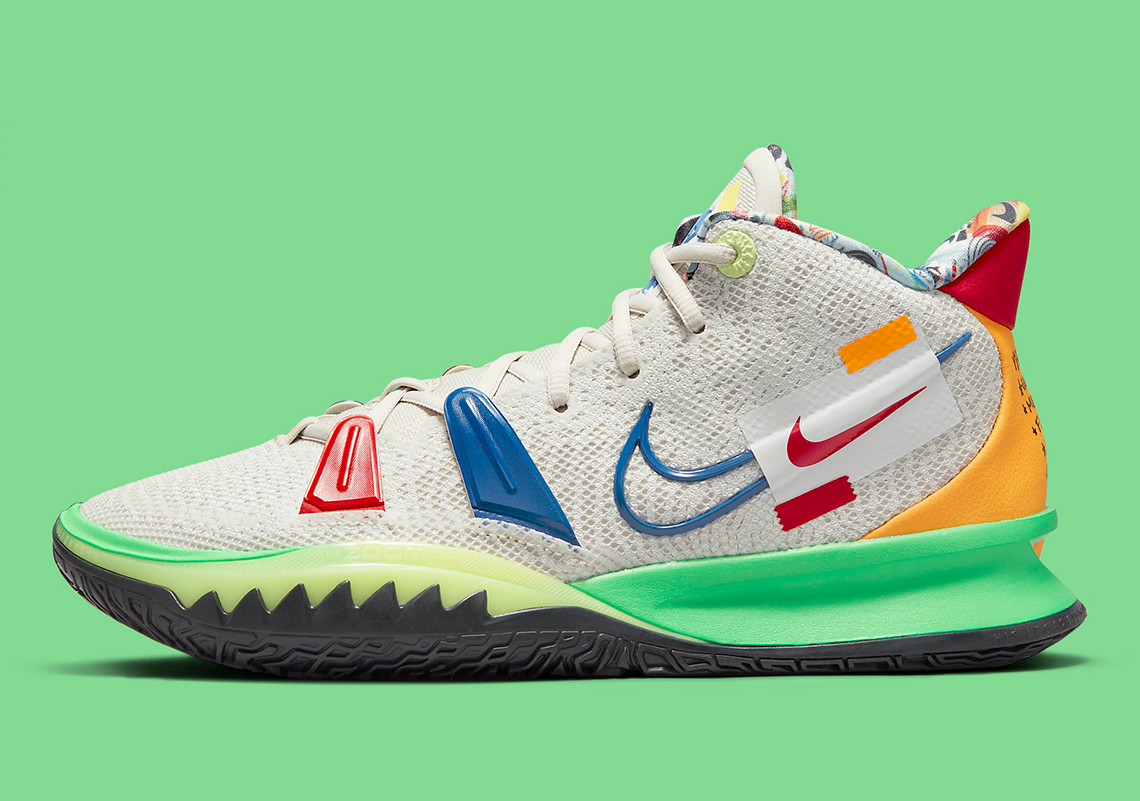 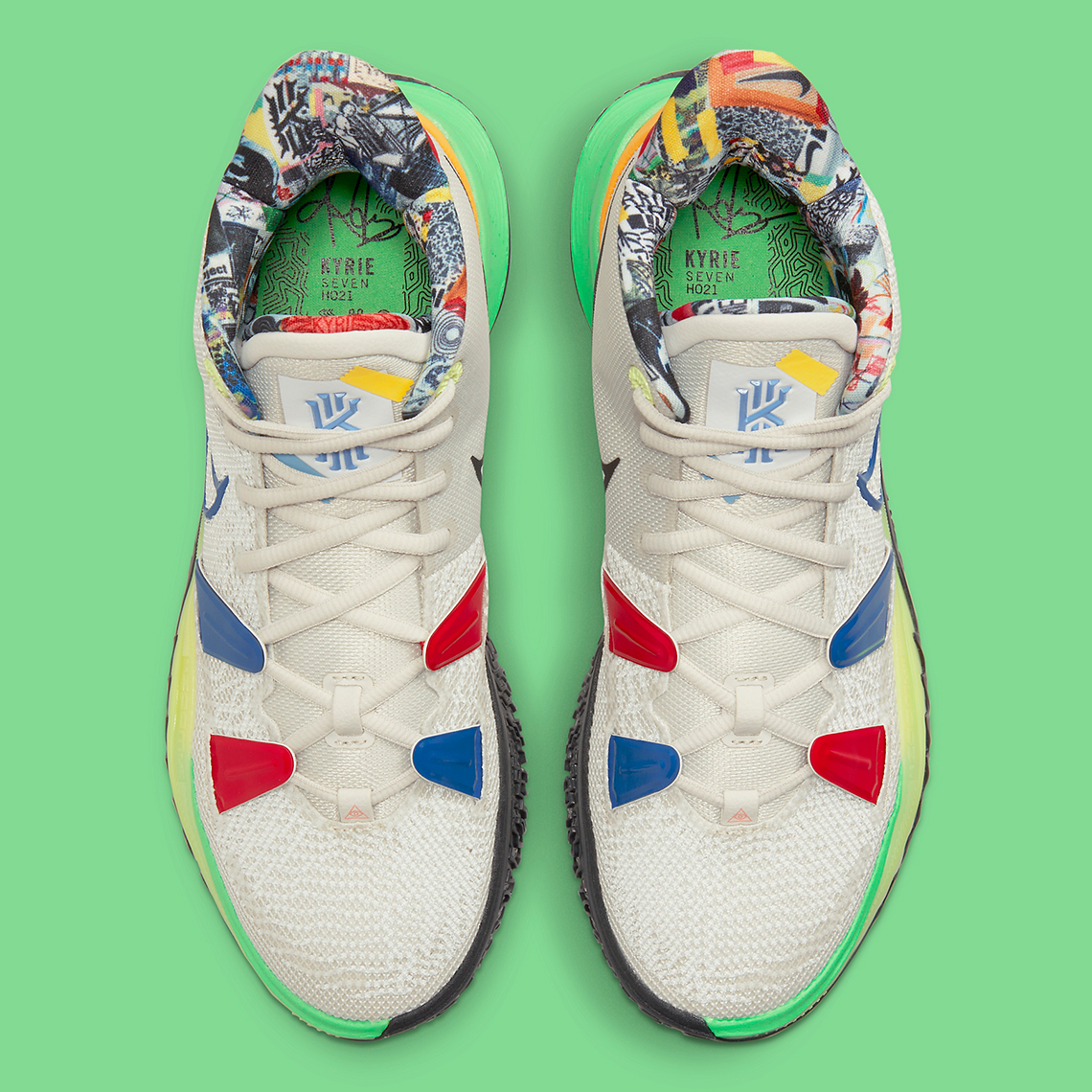 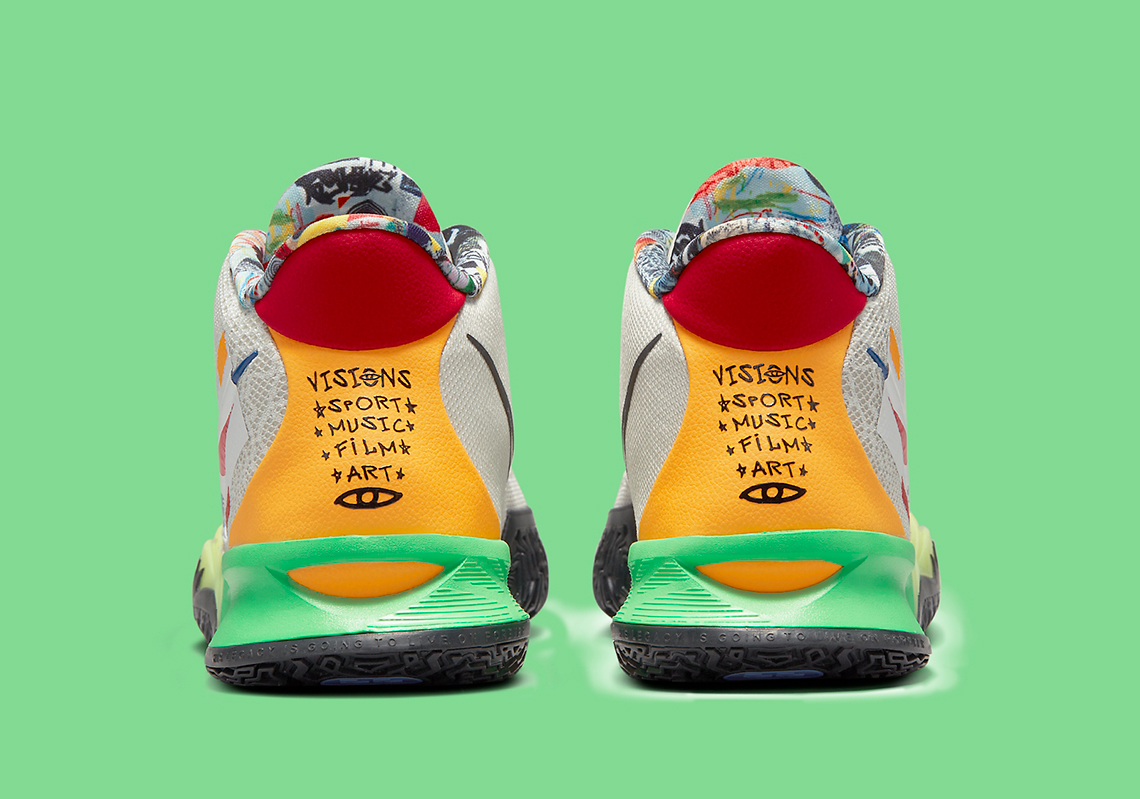 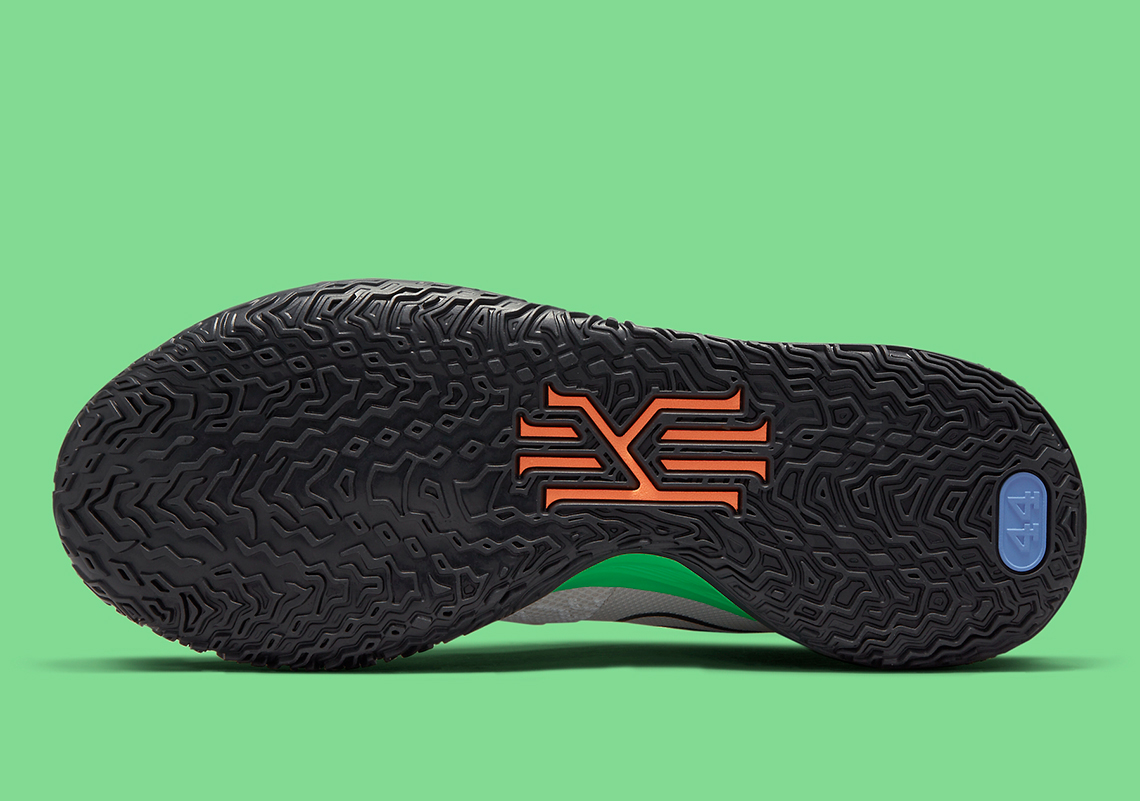 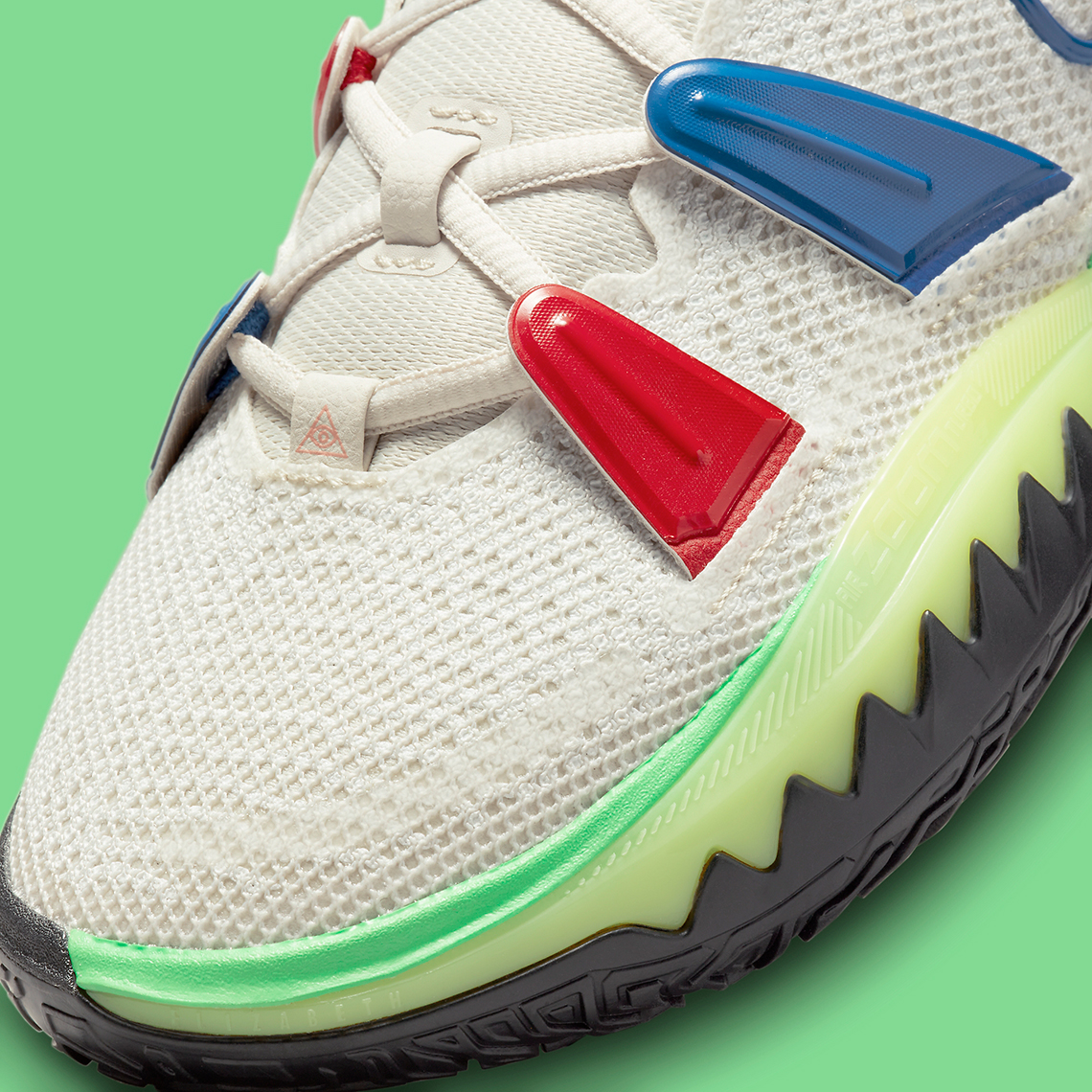 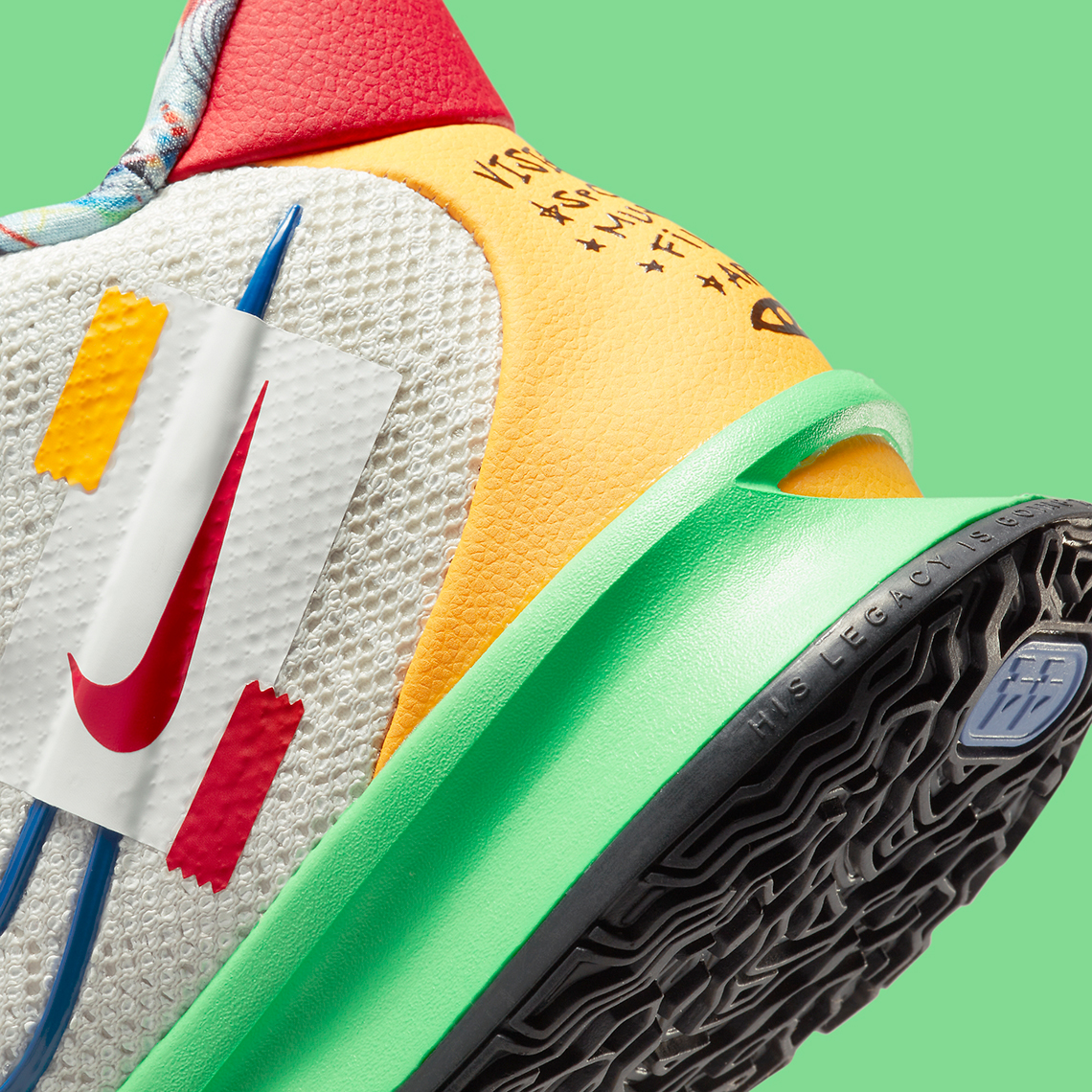