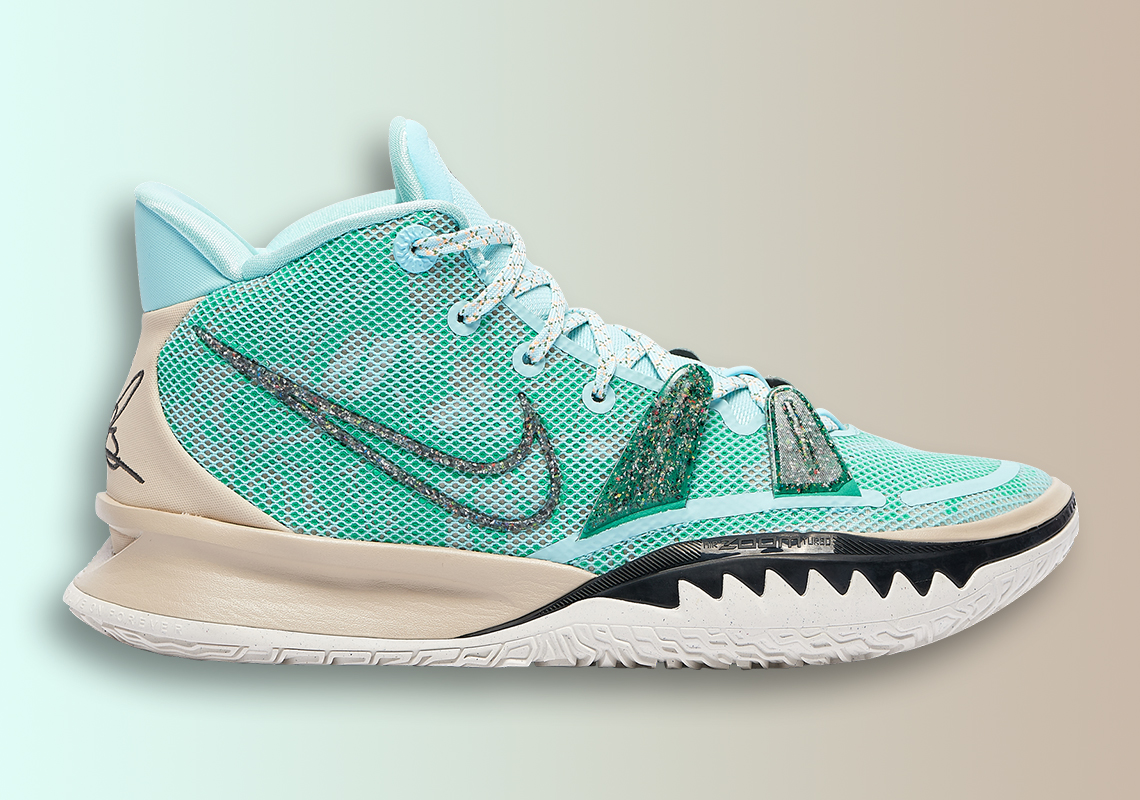 The latest and greatest for Kyrie Irving, the Nike Kyrie 7 has already amassed a noteworthy assortment of colorways. Following collaborations with CNCPTS and an entry into this year’s N7 collection, the silhouette is soon to expand its series of GRs, adding “Copa” to an already vivid color wheel.

Alongside its bright dress, the pair also makes use of a few recycled features. Both the side Swoosh as well as the TPU “fingers” are made entirely out of Grind rubber, this evident thanks to the numerous visible scraps. Elsewhere, the construction is much more standard, lacking any discernible imperfections. The mesh along the base deals a sold shade of aqua blue like the collar and tongue, though it may appear much darker thanks to the layer underneath. Then, below, a bright tan injects neutral contrast, complementing the heel’s brown embroidery but not the white and black that build out the rest of the tooling.

Enjoy an official look at the release below. Sizes should appear at Nike.com and select retailers on August 6th.

In other news, the Air Jordan 1 Green Toe is due any minute now. 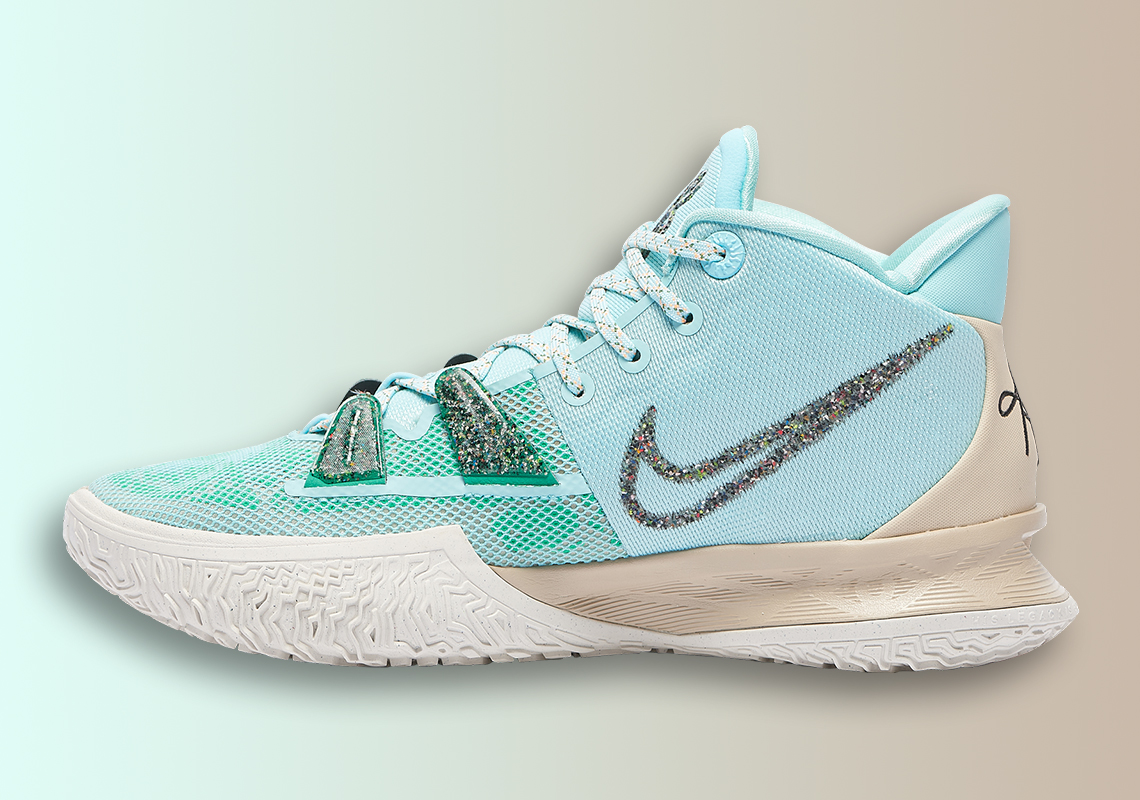 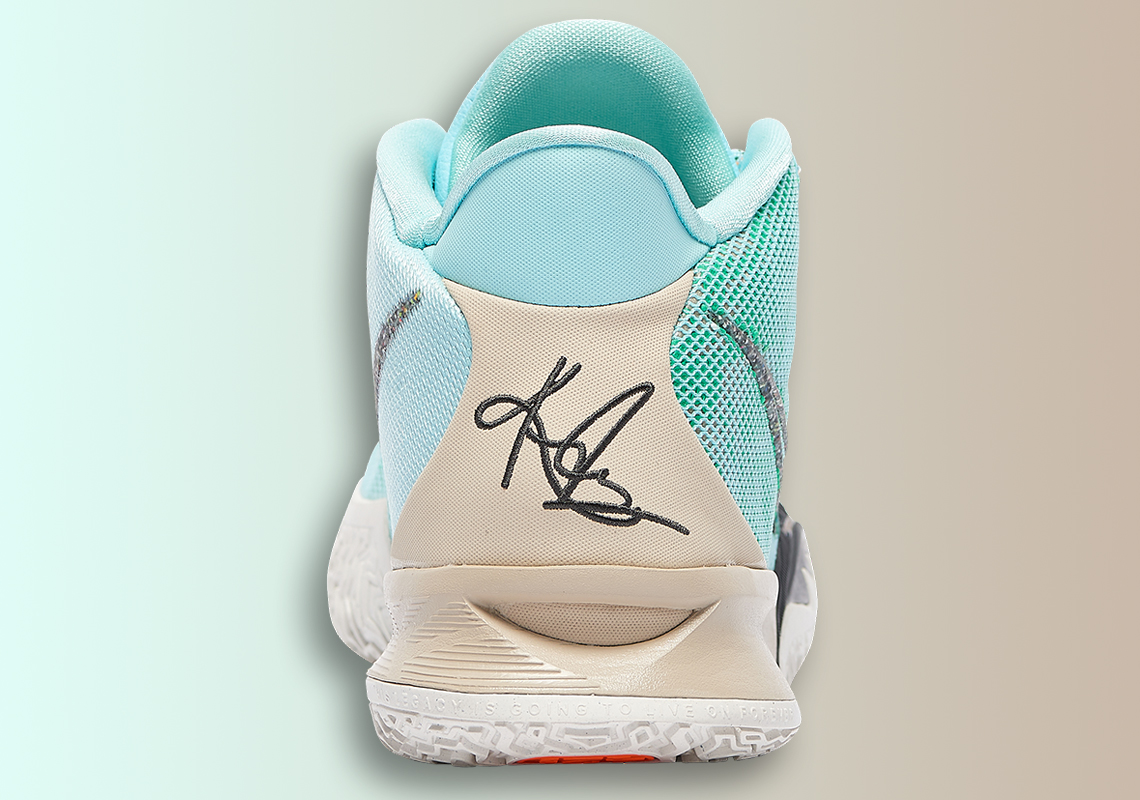 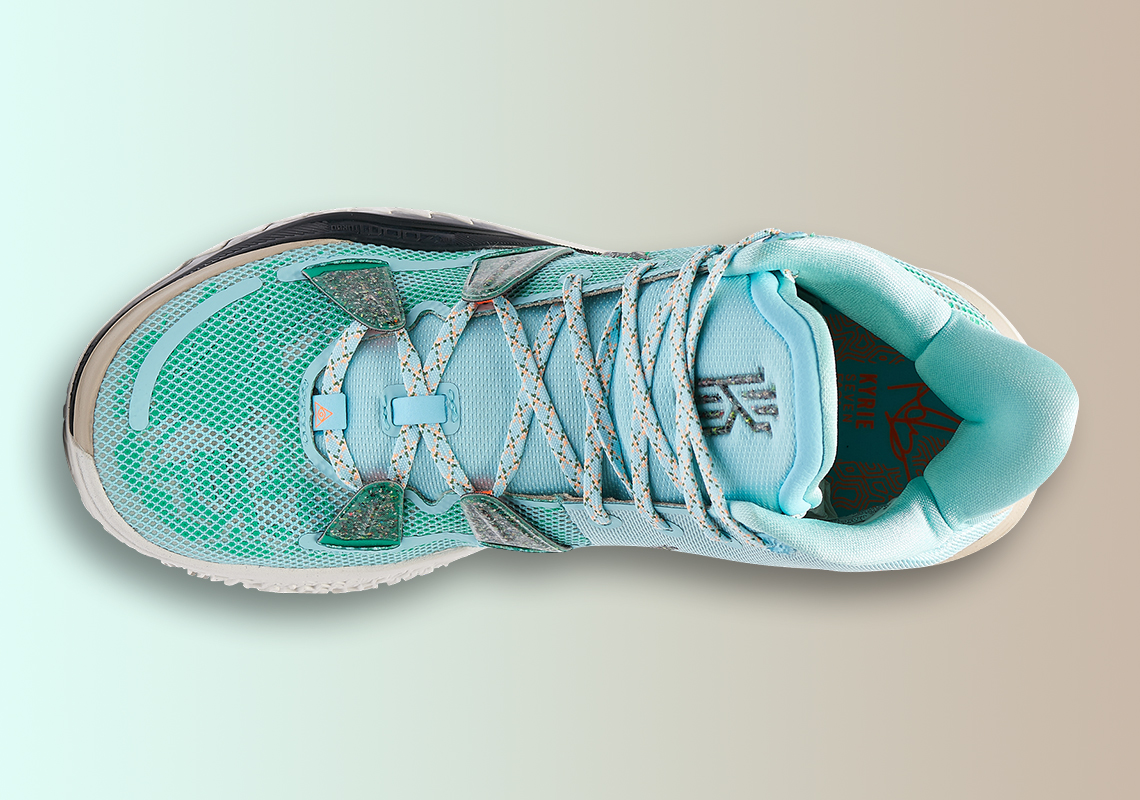 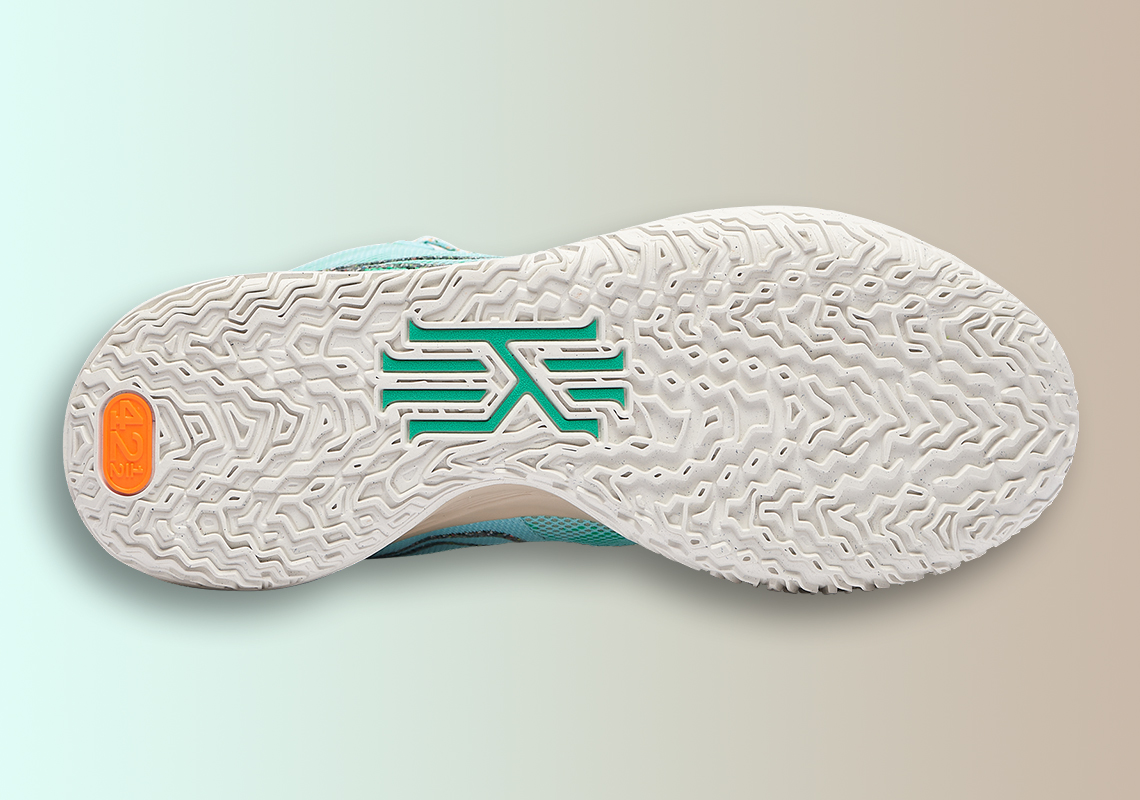