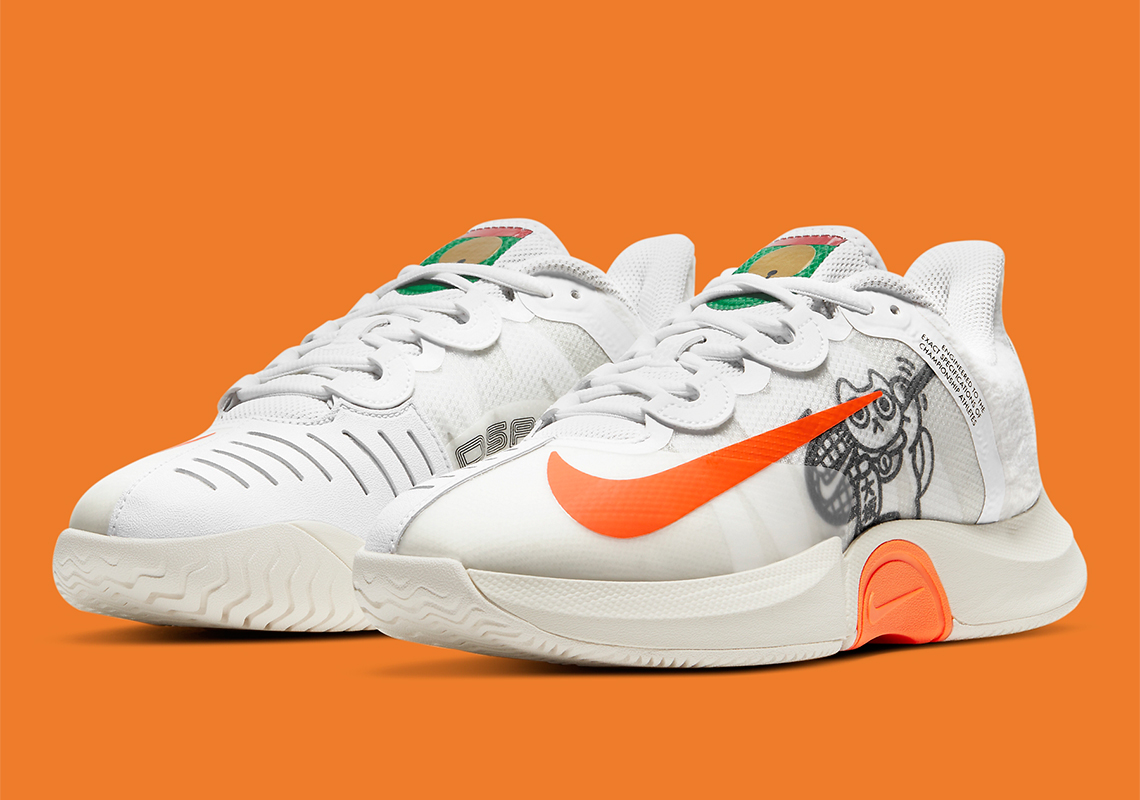 2020 has been quite a year for Naomi Osaka. From winning her second U.S. Open title to recovering from a hamstring injury that prevented her from participating in the French Open, the young tennis player continues to serve as an inspiration for tennis fans globally. Aside from the sports scene, she has also been a player on the footwear front. She teamed up with Nike and COMME des GARCONS to release a Nike Blazer Mid early November. Reflecting her bold personality and tri-cultural background, Osaka has teamed up with Nike once again to release a collection of playful pieces that celebrate her Japanese, Haitian, and American roots. One of the most exciting pieces of the collection is a NikeCourt Air Zoom GP Turbo that has been touched with traditional Japanese motifs that Osaka has put a personal twist on.

Under the bright orange swoosh printed on the side is a doodle of a Maneki-Neko, a Japanese figurine of a cat believed to bring good luck. As a playful spin on a classic symbol, Osaka has the cat hold a Nike-branded tennis racket. But the good luck motifs don’t stop there; the heel of the model features Osaka’s name in Japanese characters painted on an oval, gold coin-like design, which mimics the koban coin often held by Maneki-Neko. The cat’s red belled collar and green scarf are also found on the tongue.

The NikeCourt Air Zoom GP Turbo has arrived in Japan as a Nike Members-Only release. A release date for the U.S. has yet to be announced. In the meantime, enjoy the official images here below.

In other Nike news, the Kobe 5 Proto “Bruce Lee” has received a release date. 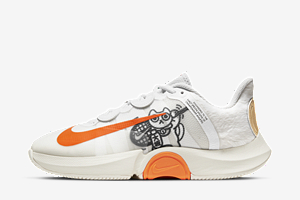 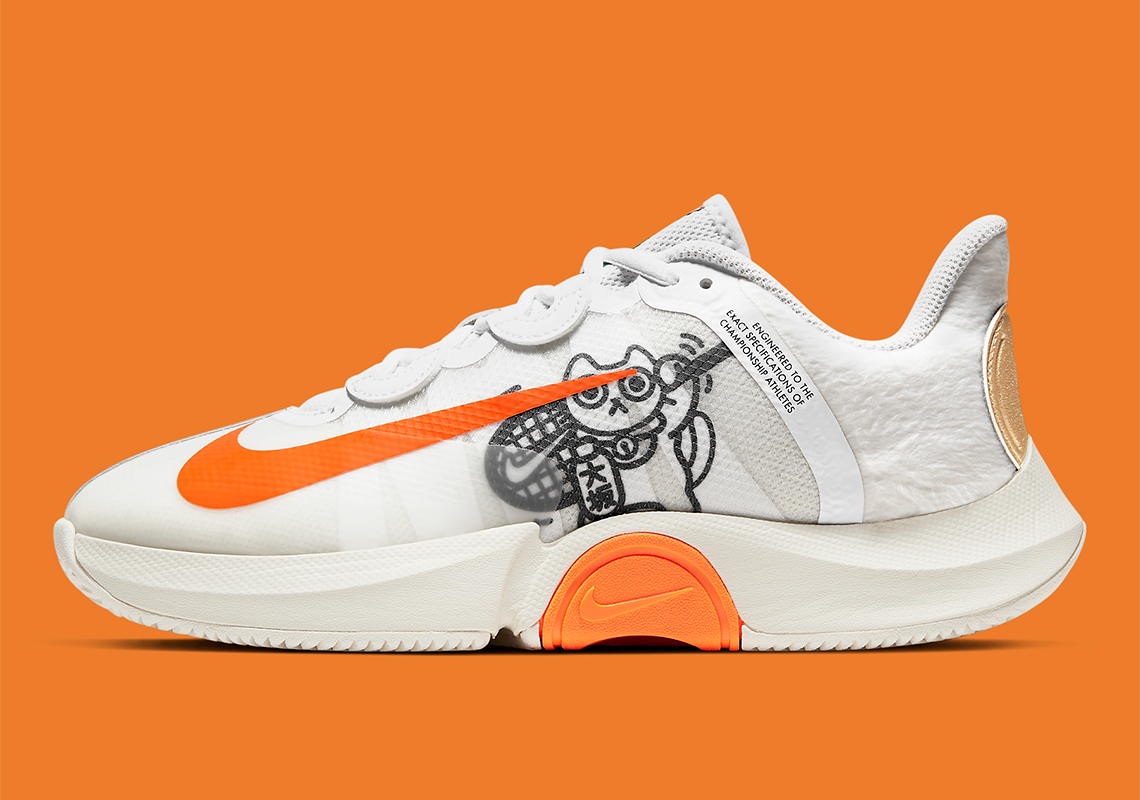 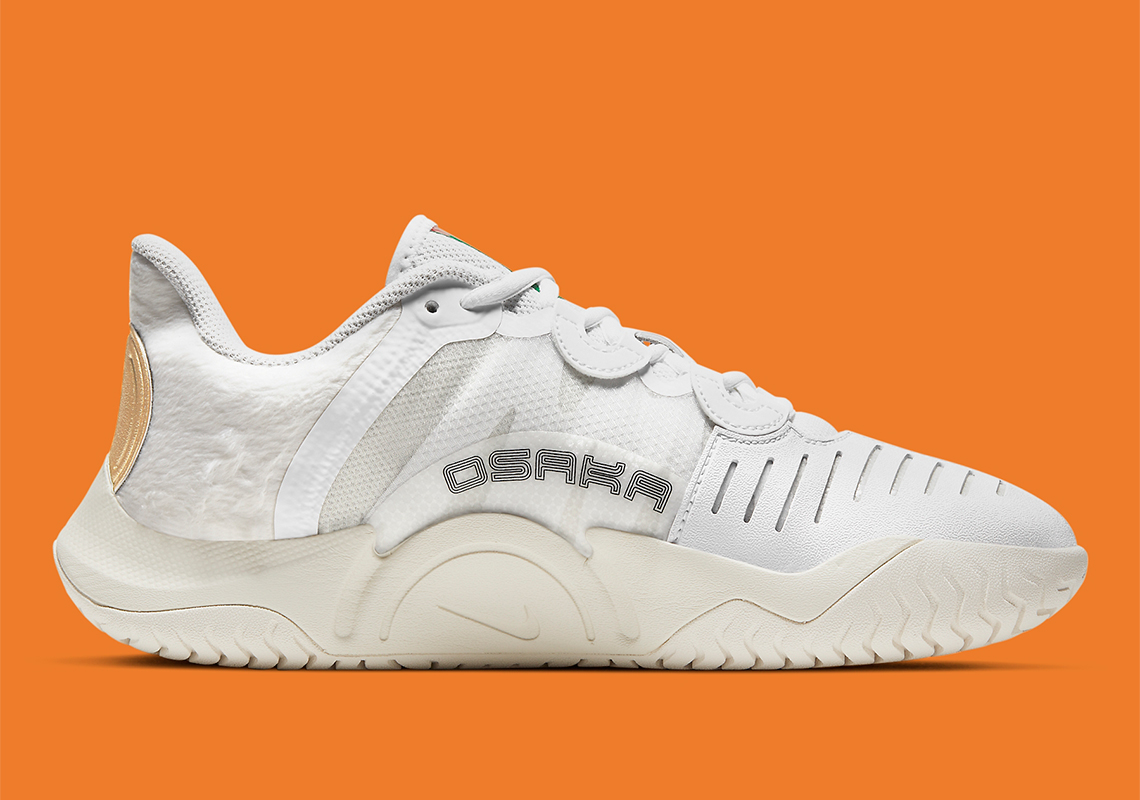 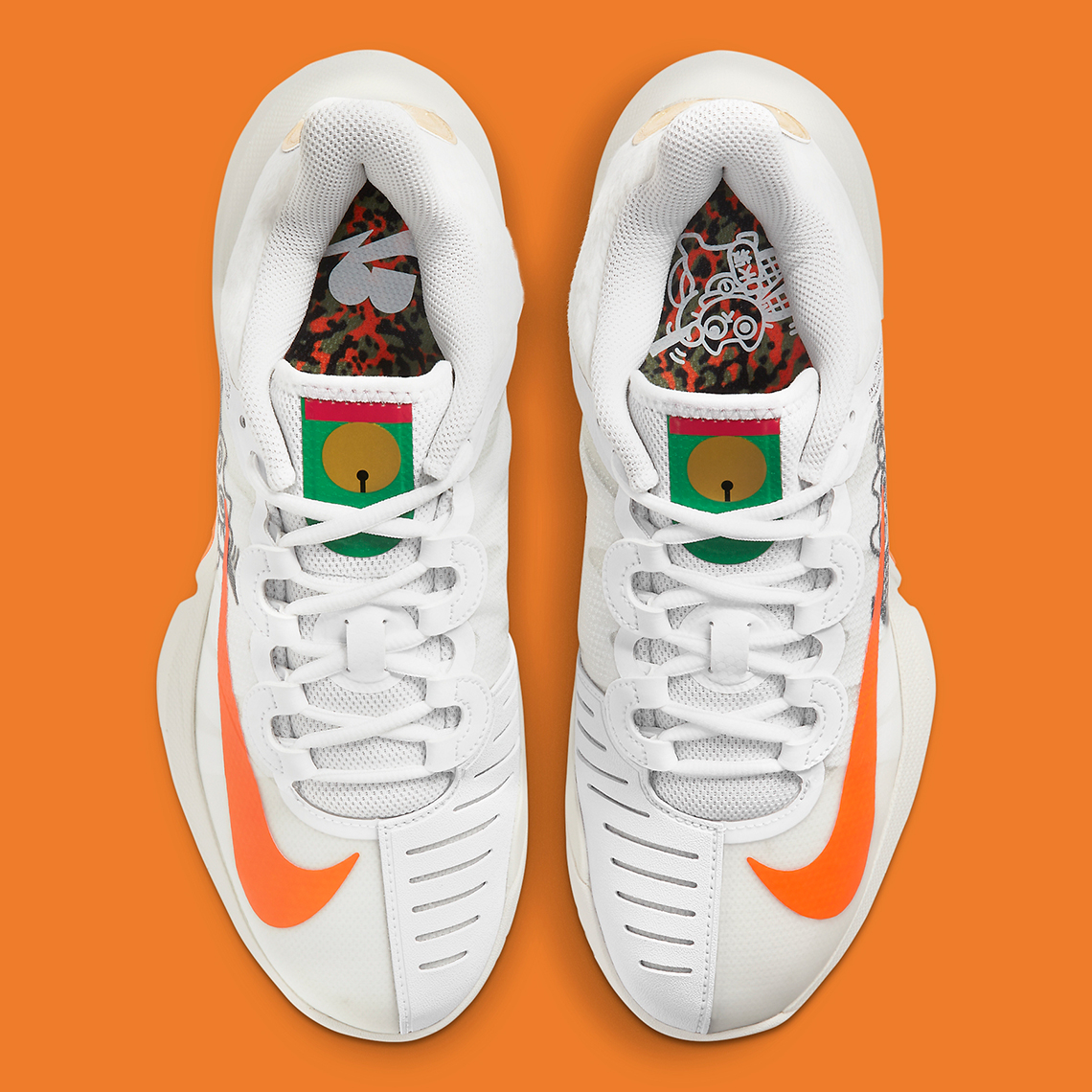 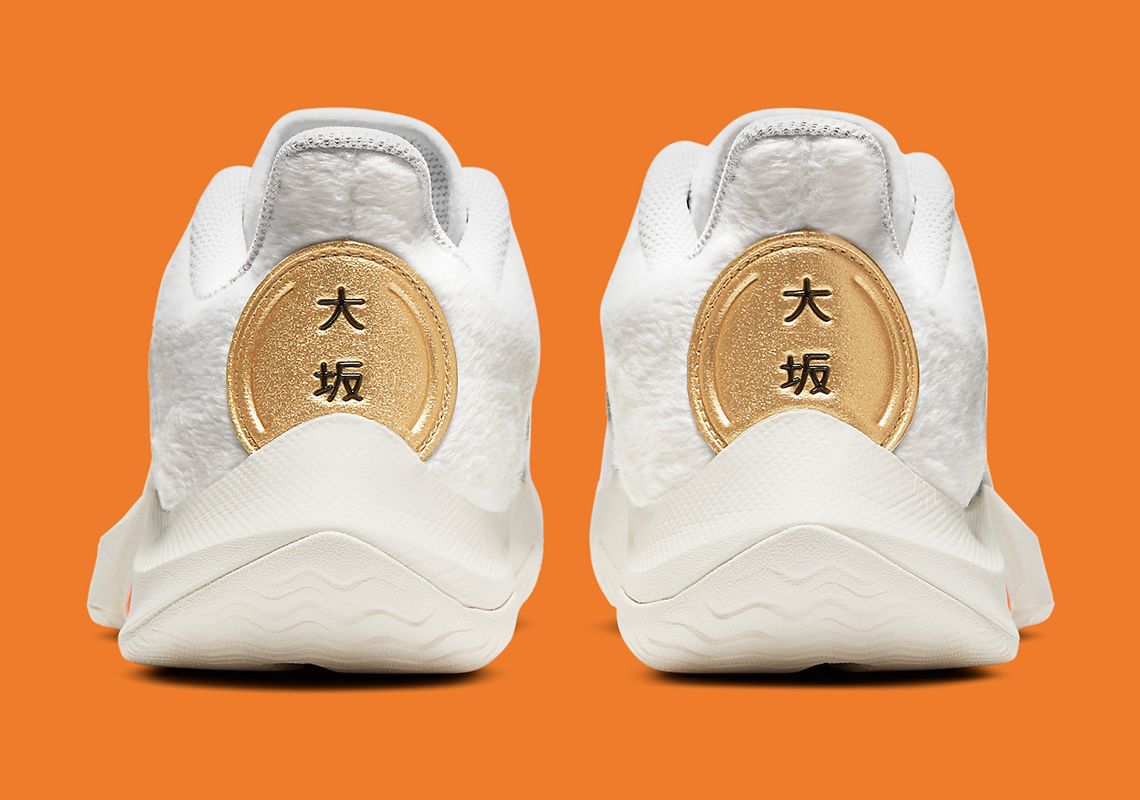 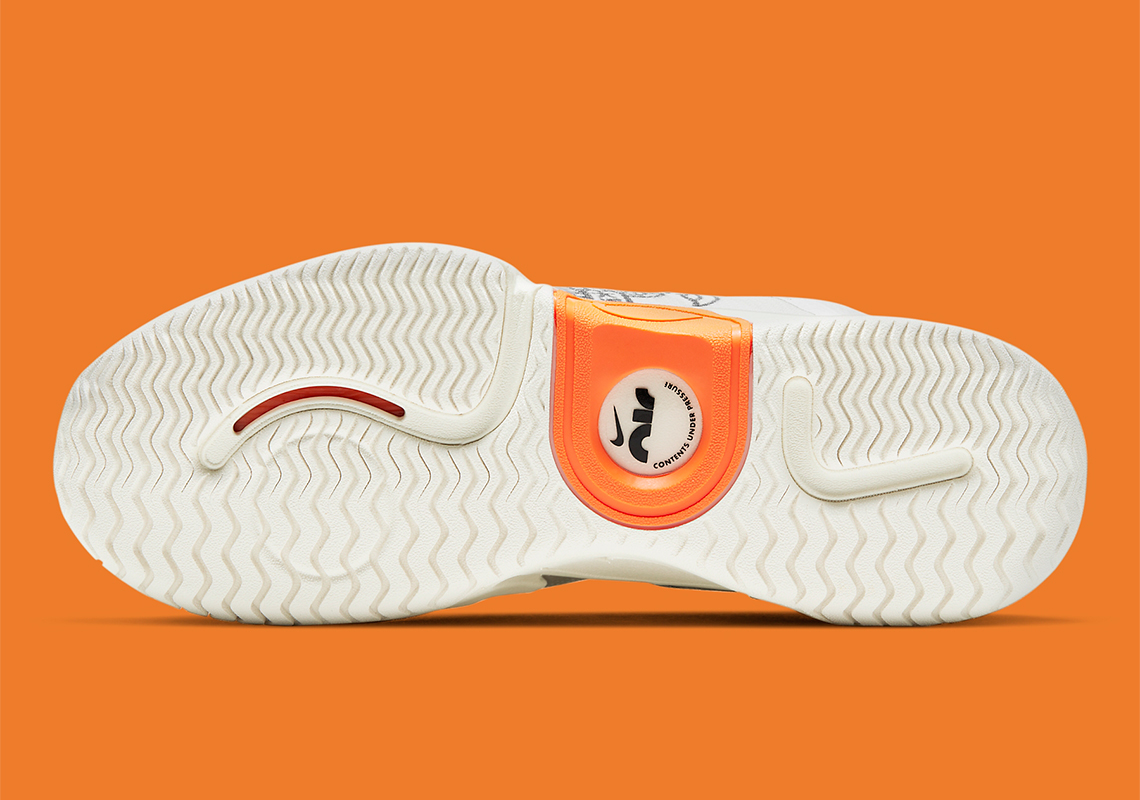 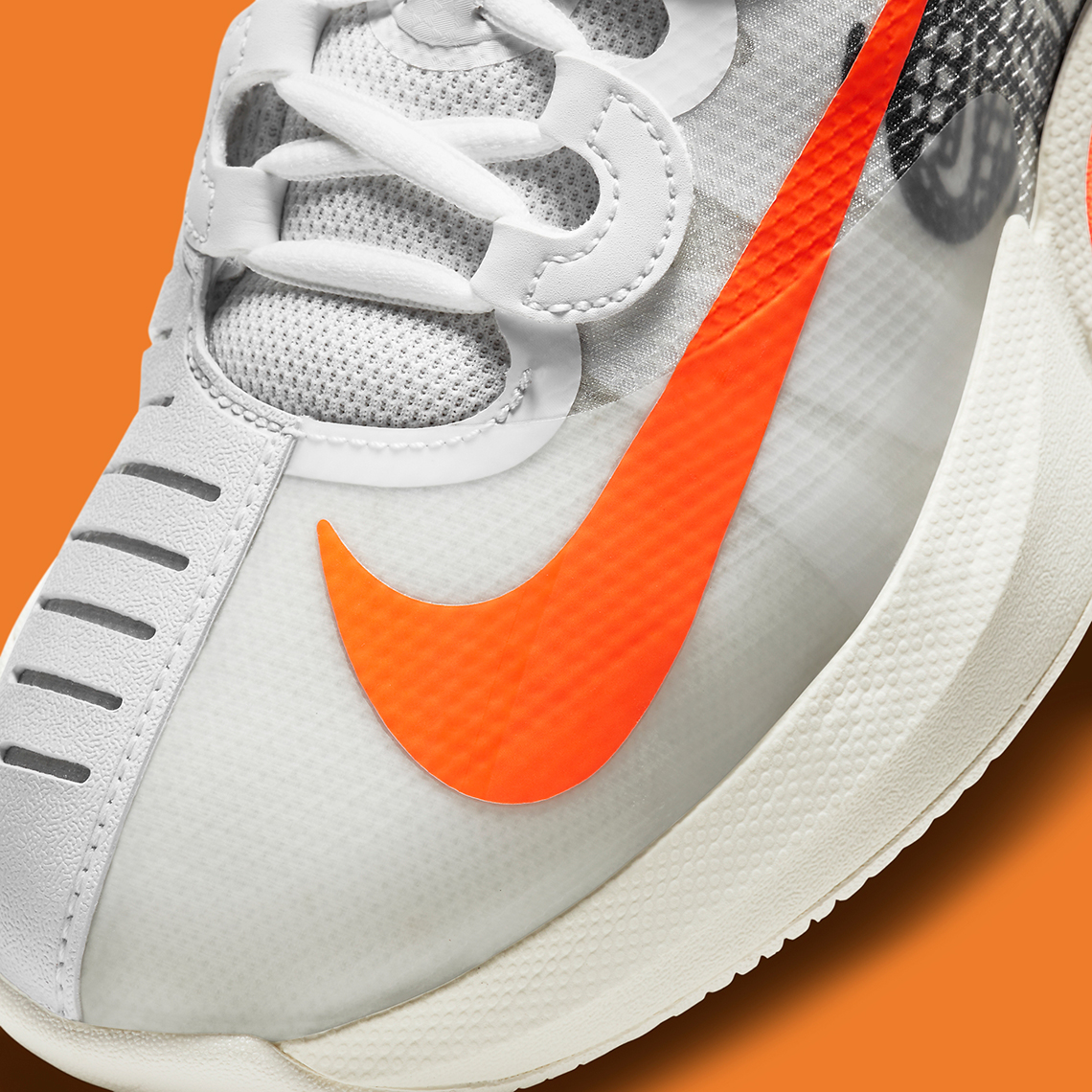 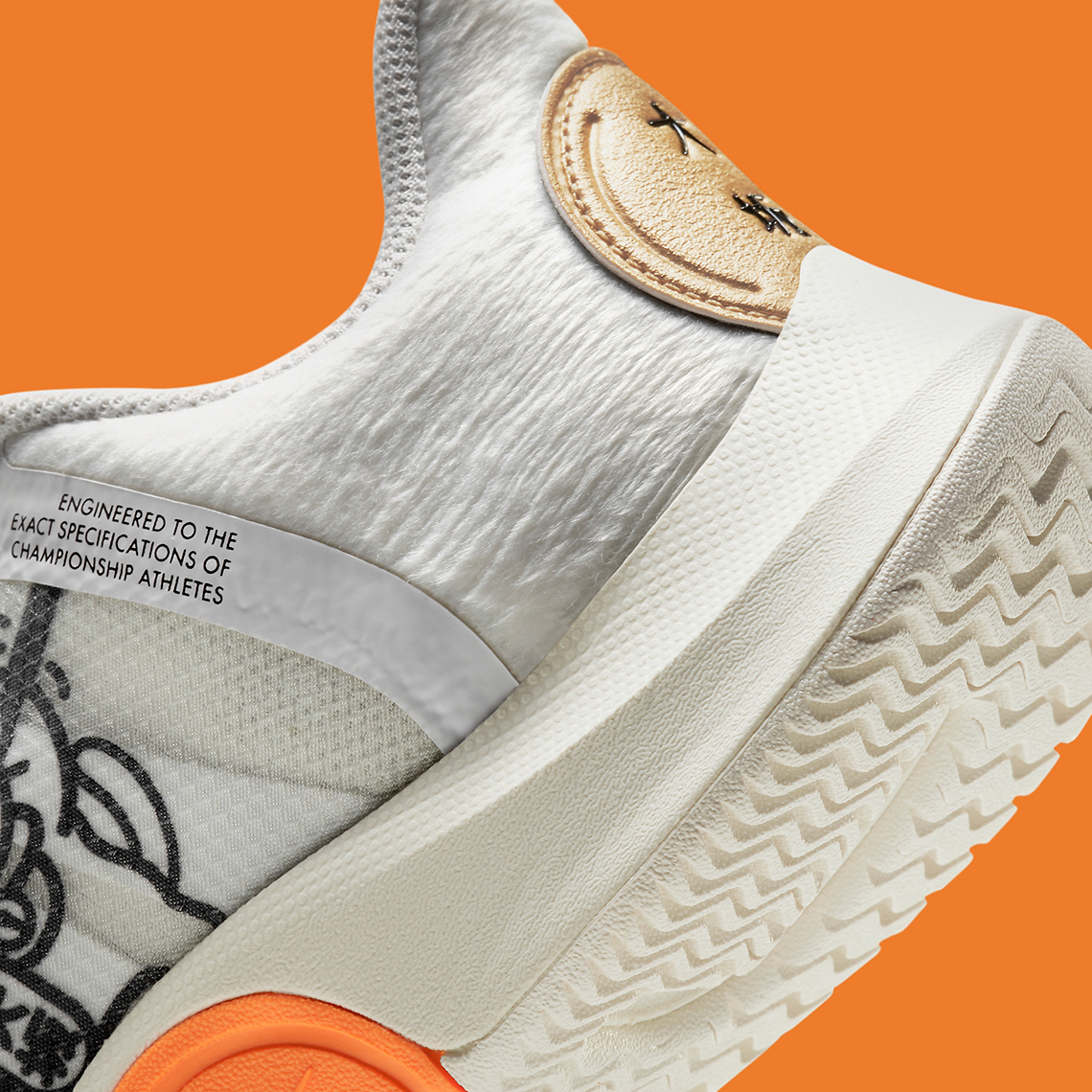 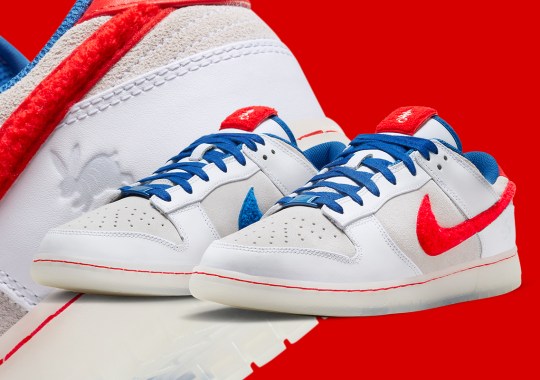 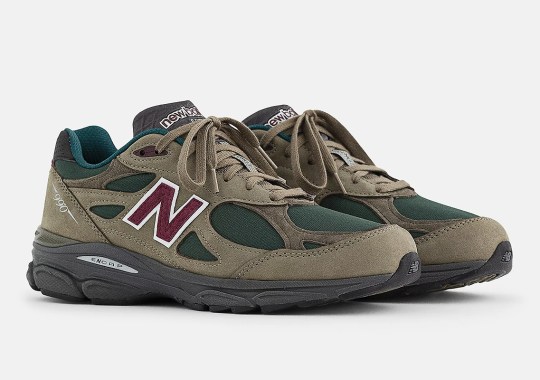 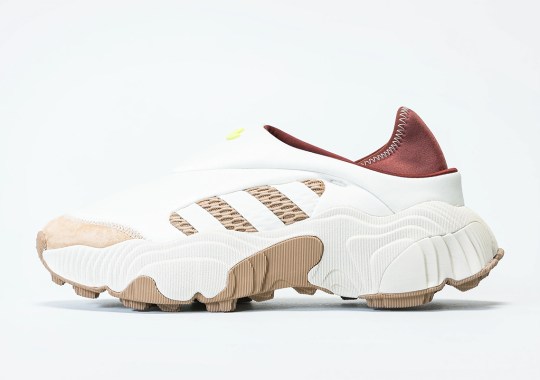