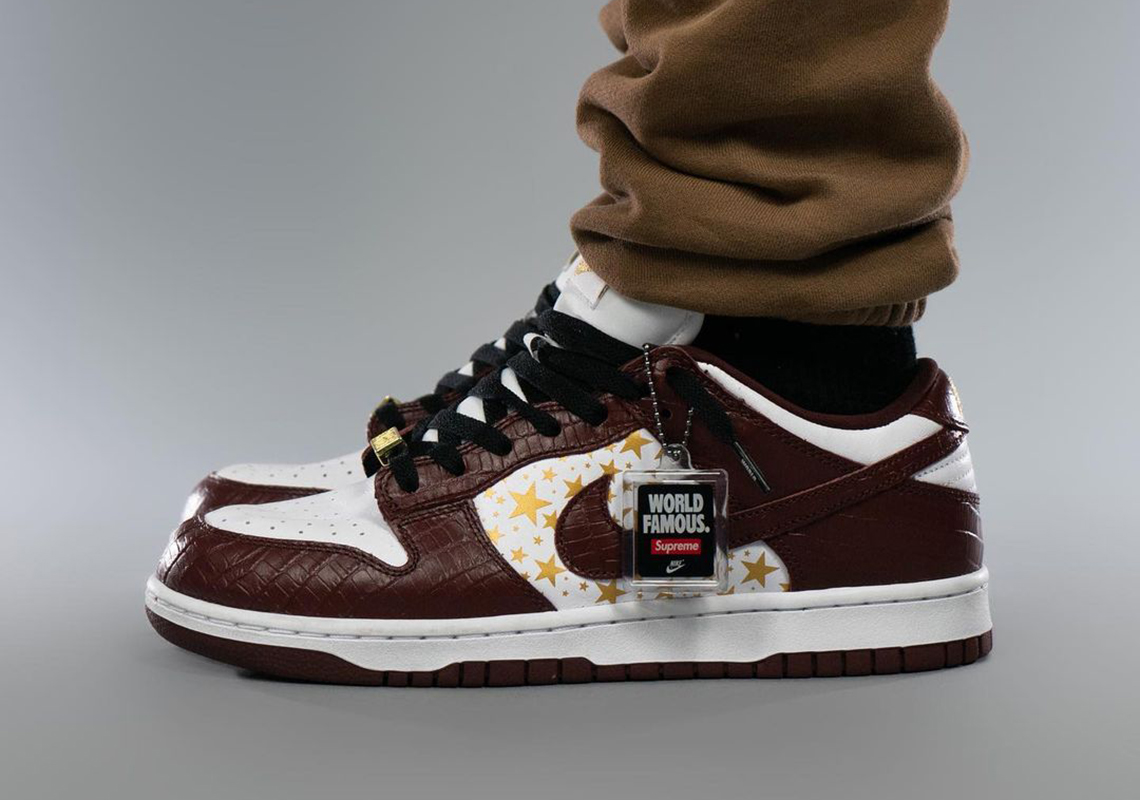 Throughout their extensive catalog of collaborations, Supreme‘s early works with Nike SB easily take the cake for most iconic. And while the brand recently returned to the Dunk not too long ago, the release didn’t quite scratch the same itch as the original few, a task difficult though attempted once again with the streetwear legend’s forthcoming trio of Dunk Lows.

Revealed in “Black” and “Mean Green” throughout the past month, the offering is rounding off its triumvirate with an understated “Barkroot Brown” colorway. Similar to the aforementioned, the overlays are treated to a luxe crocodile texture; these wrap the toe cap, eye stay, and counter, finishing at the Swoosh whose arc lays over top a mid-panel laden with stars. A reference to past Highs, this embellishments gilds in complement to the vamp’s Supreme branded dubrae and the Nike logos both at the tongue and heel tab.

Take an on-foot look at these right here and expect more information to surface a bit down the road in 2021.

While you wait, the PEACEMINUSONE Nike Air Force Para-Noise 2.0 is releasing next week. 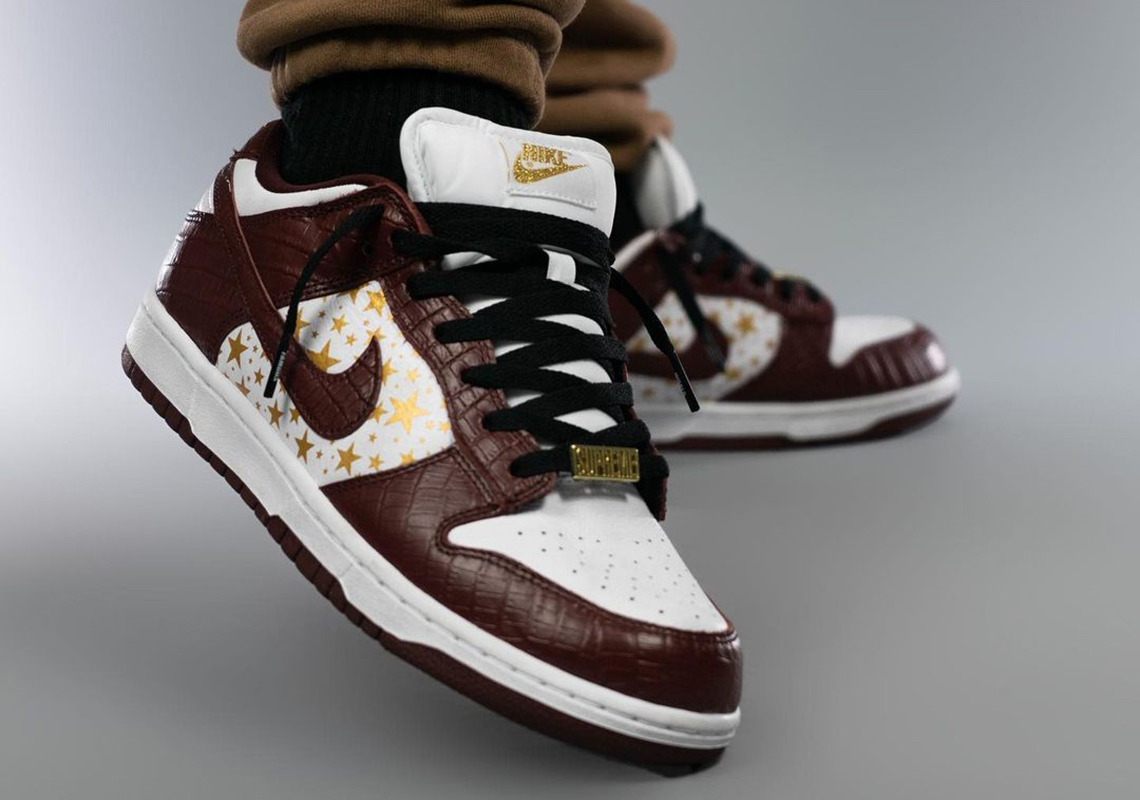 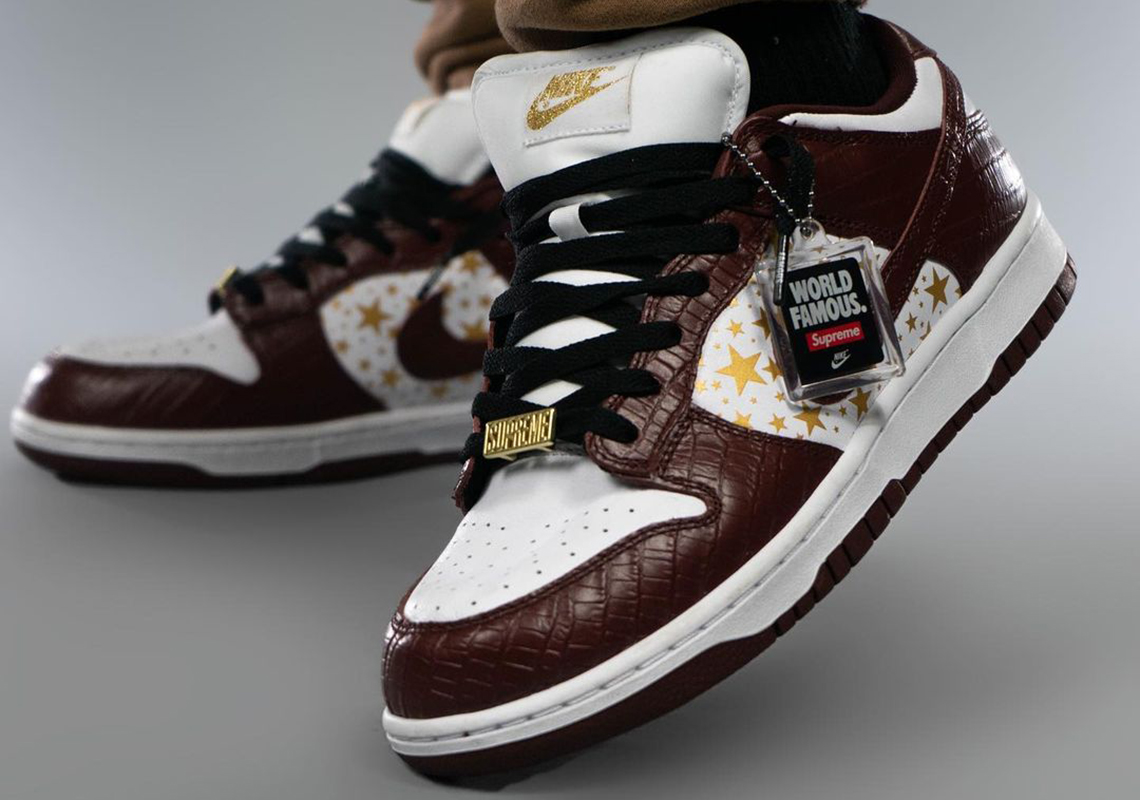 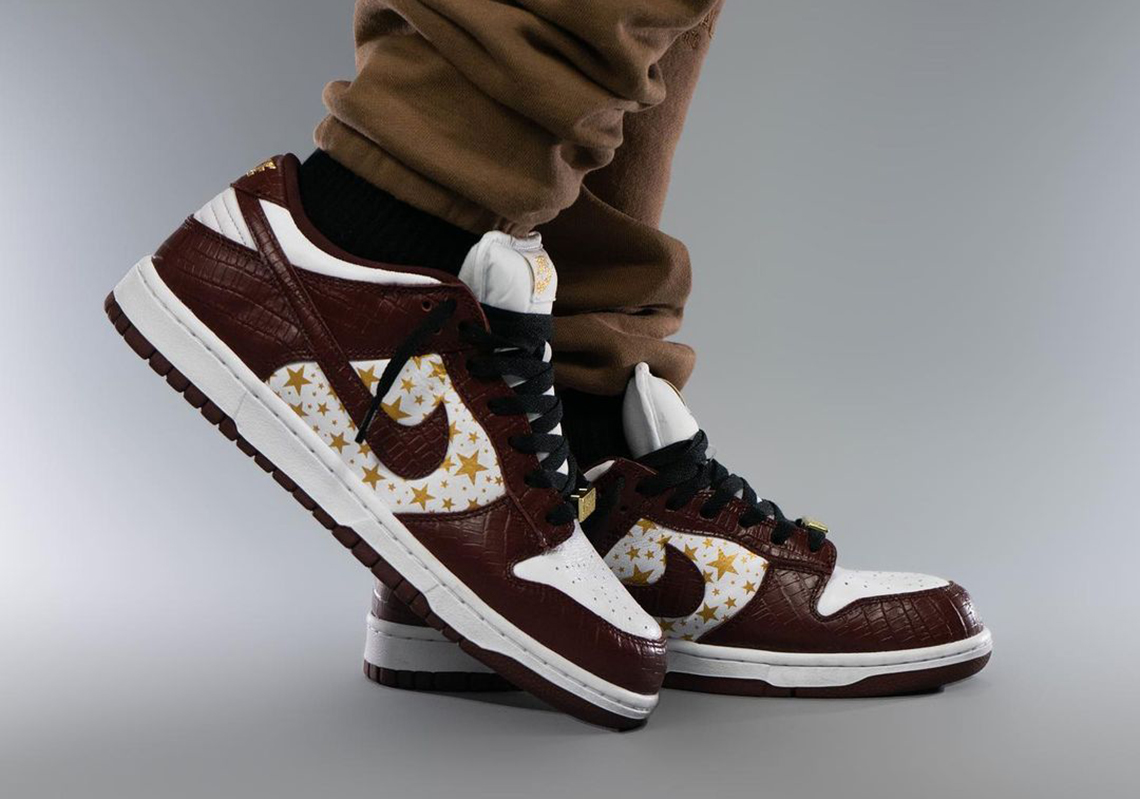 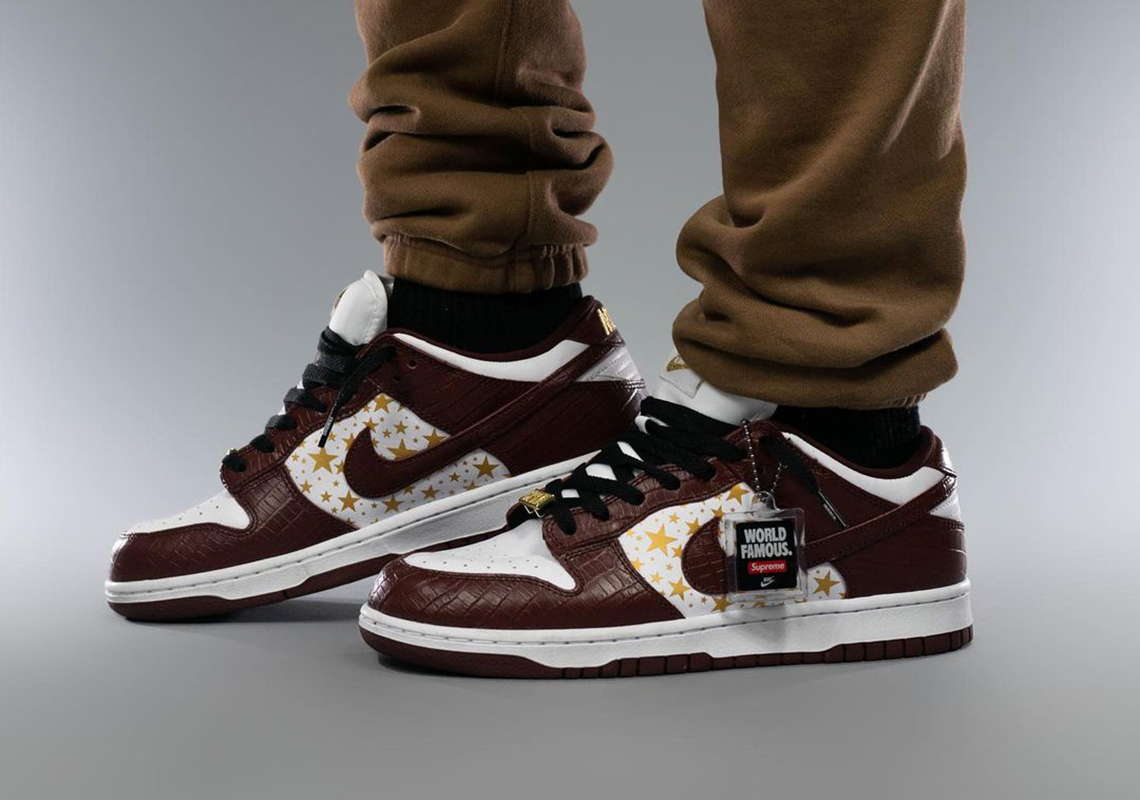 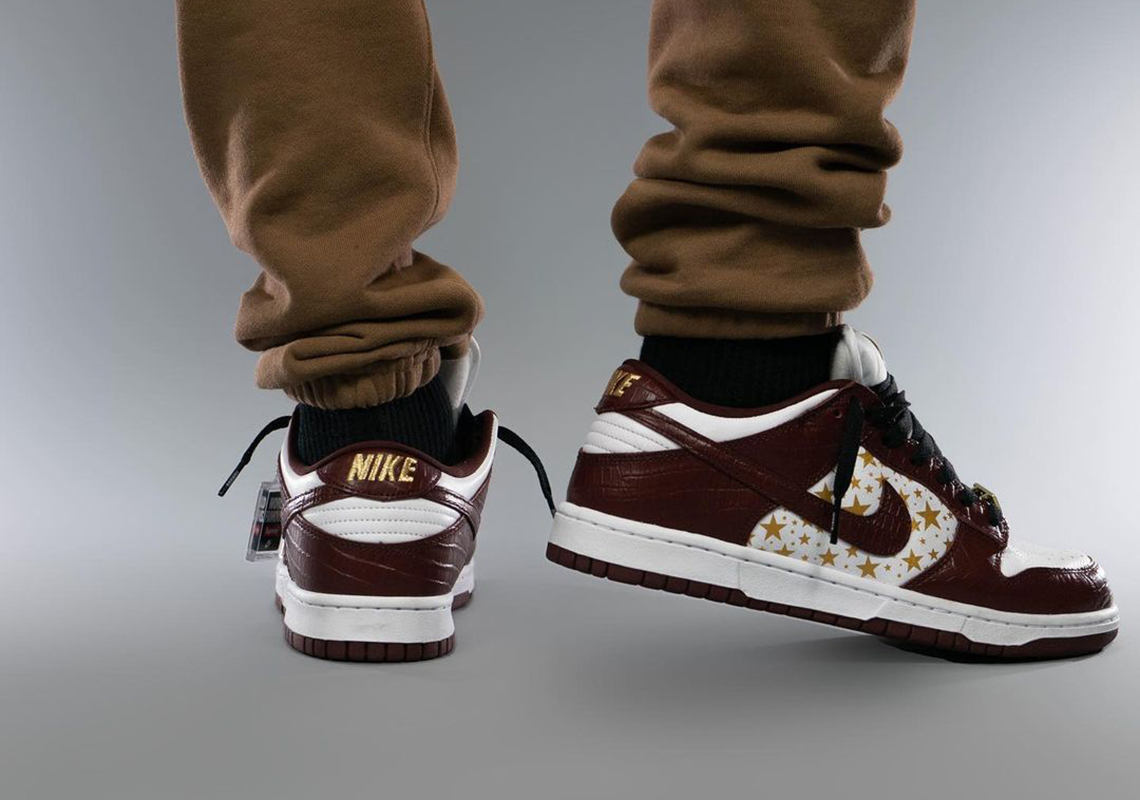 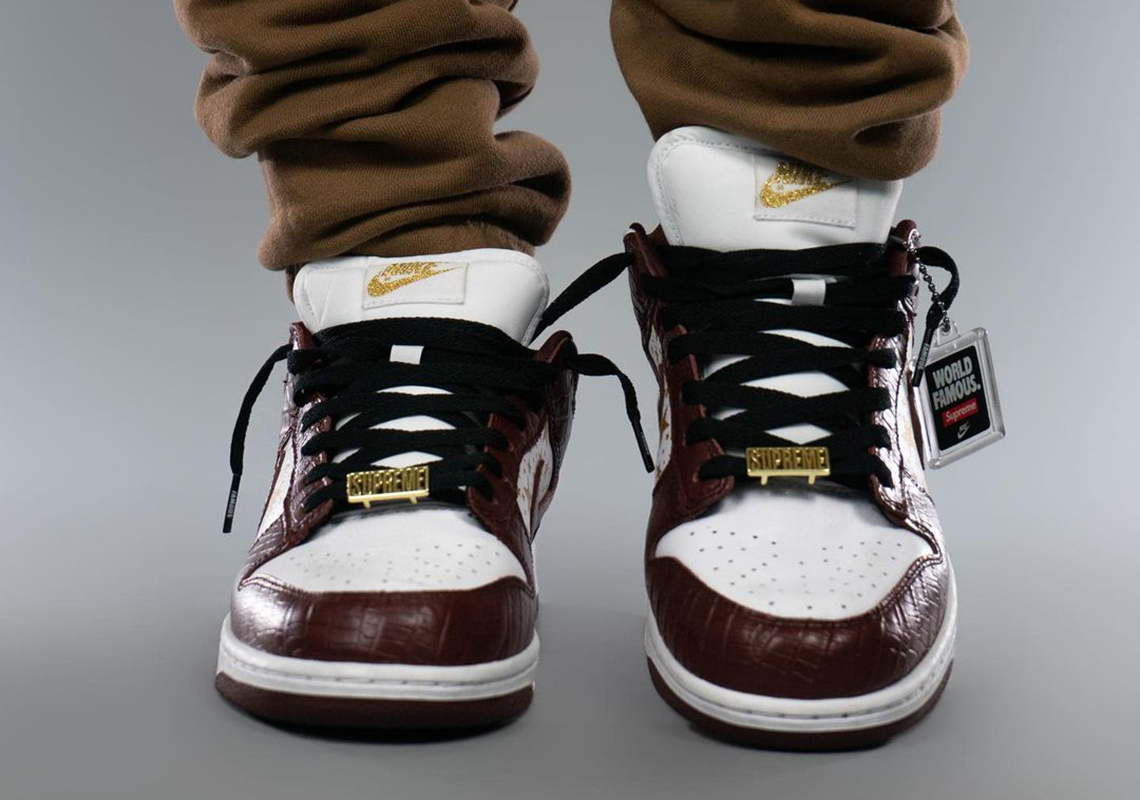 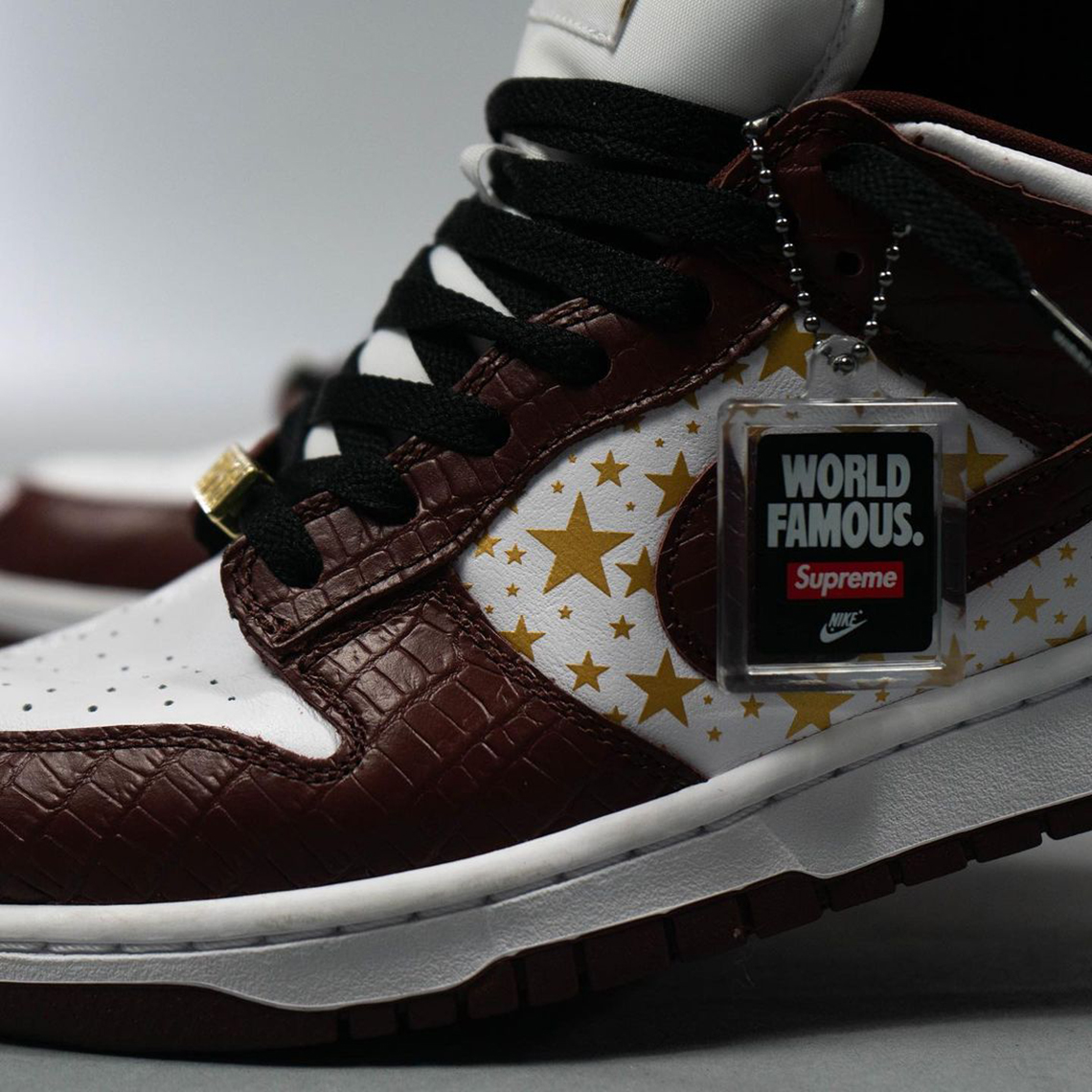 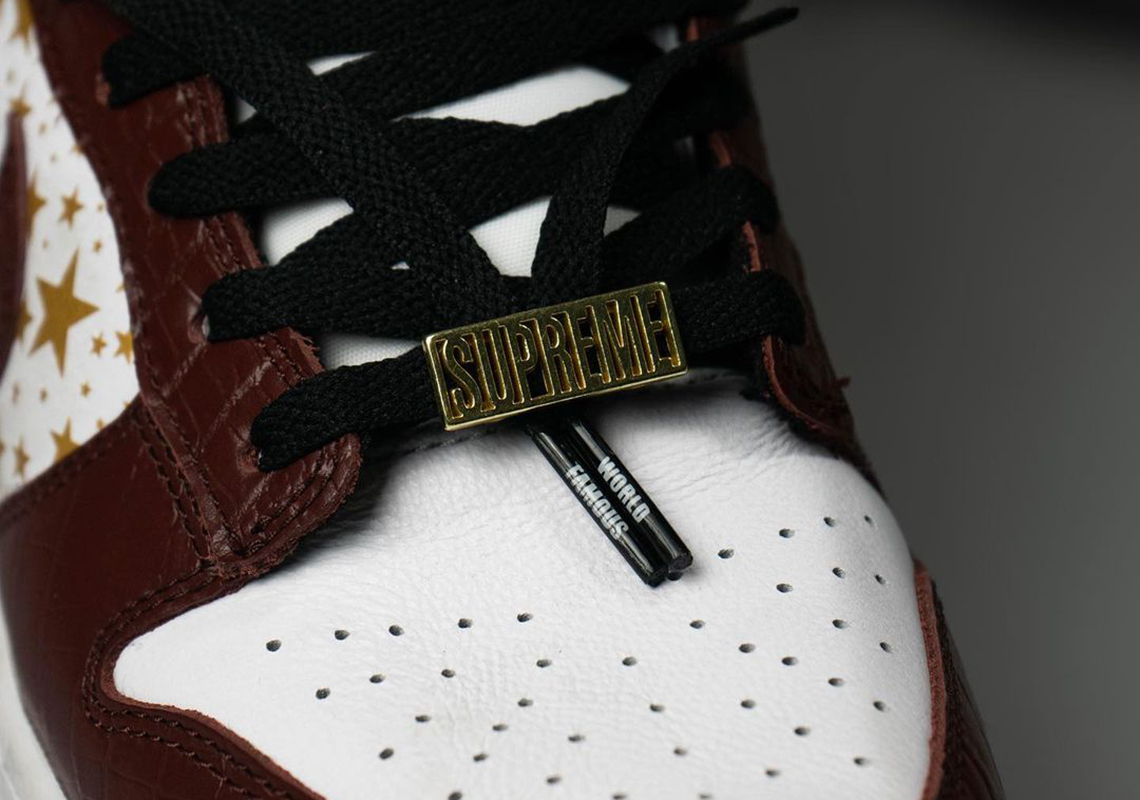 Where To Buy The Nike Dunk High SP “Varsity Purple” 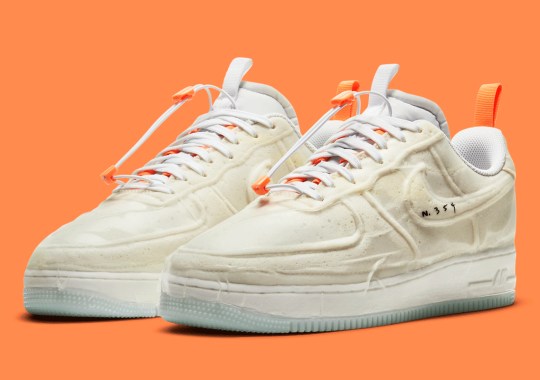 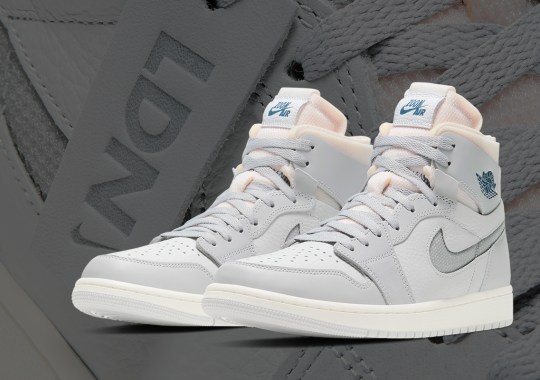 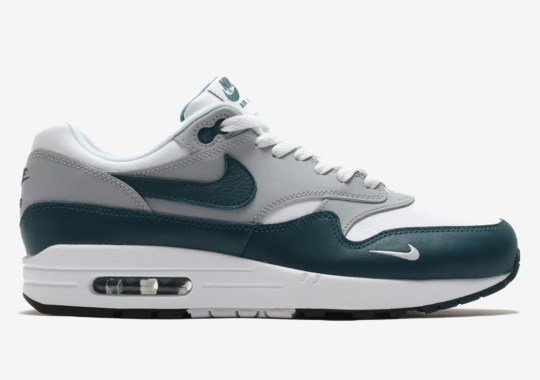