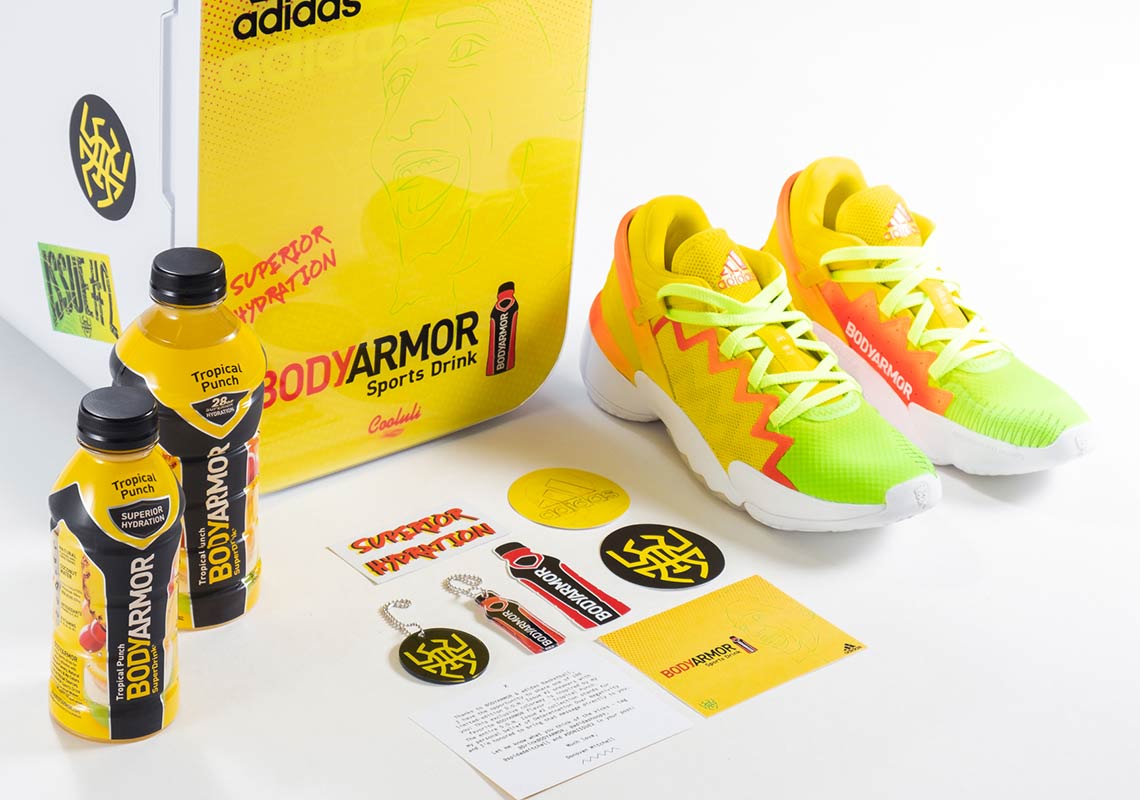 Following only days after his $195 million dollar contract extension with the Utah Jazz, Donovan Mitchell is preparing a highly limited collaboration with both BODYARMOR and adidas at his side. The specially-made D.O.N Issue 2, of which only 100 pairs are being produced, is inspired by the athlete’s favorite sports drink flavor.

A celebration of multiple milestones, the release highlights BODYARMOR’s Tropical Punch sports drink with a scheme somewhat identical. Above — as it’s pictured side-by-side with the beverage in question — these similarities are visually evident: the bottle’s signature yellow is translated to the footwear’s mesh panels, cushioned collar, and branded tongue, while the same berry tones accent over top in subtler form. The toe, then, even goes as far as to include the faint bit of green seen at the container’s bottom, though it does so much more widespread as it bleeds into the laces alongside.

Unfortunately, the BODYARMOR x adidas D.O.N. Issue #2 won’t be for sale. Instead, BODYARMOR will host giveaways on their social platforms, offering up the 100 pairs to fans and consumers nationwide. 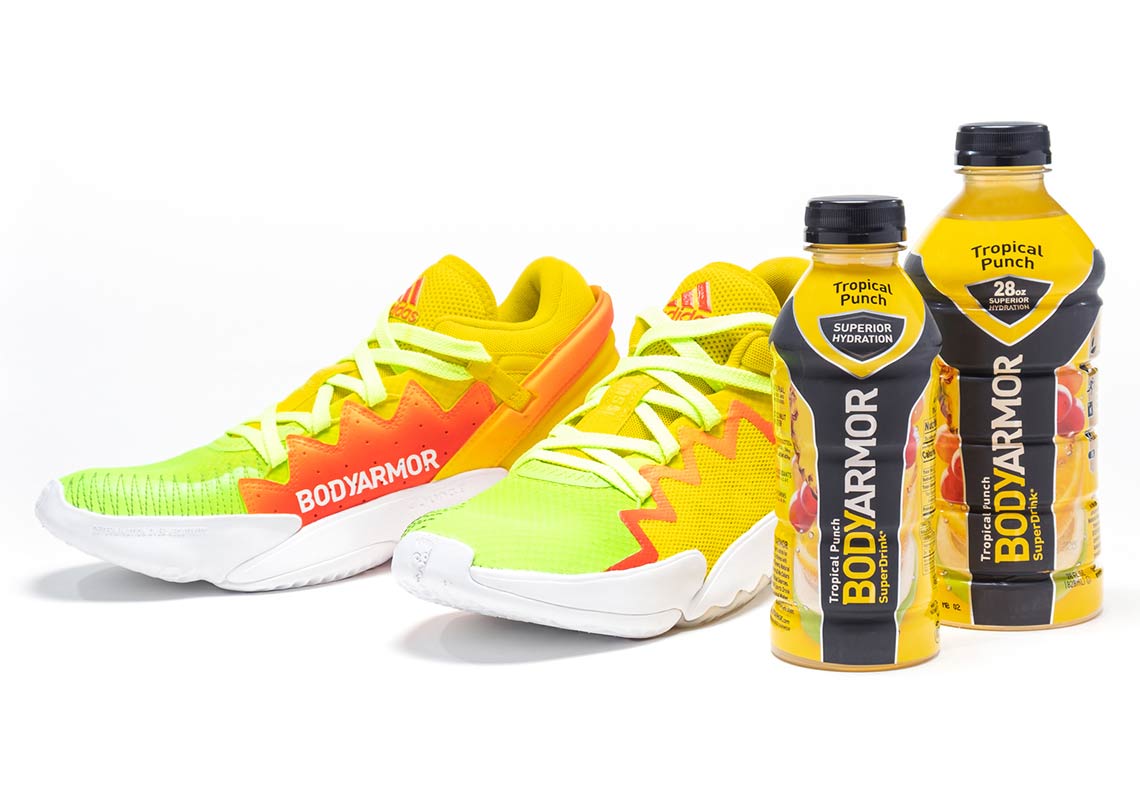 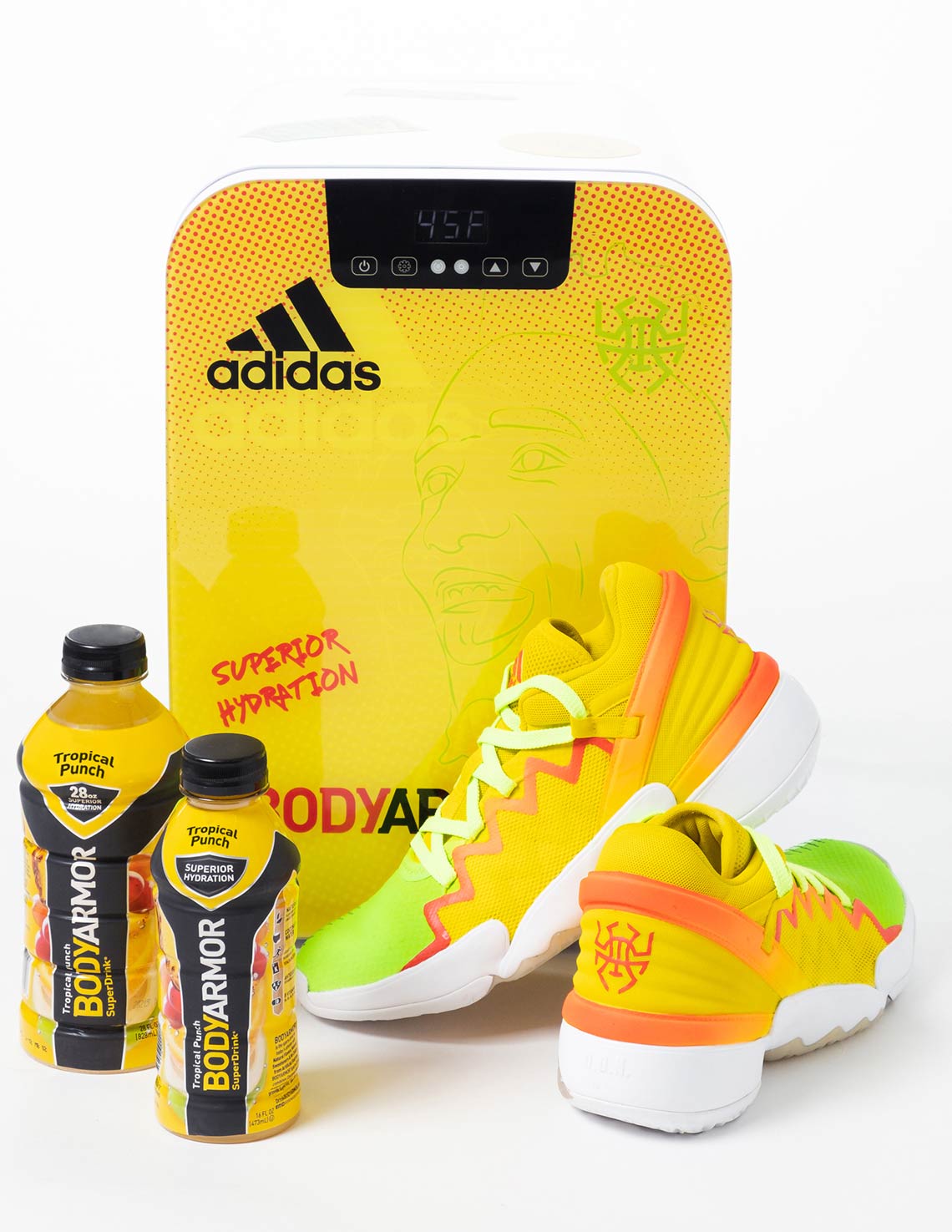 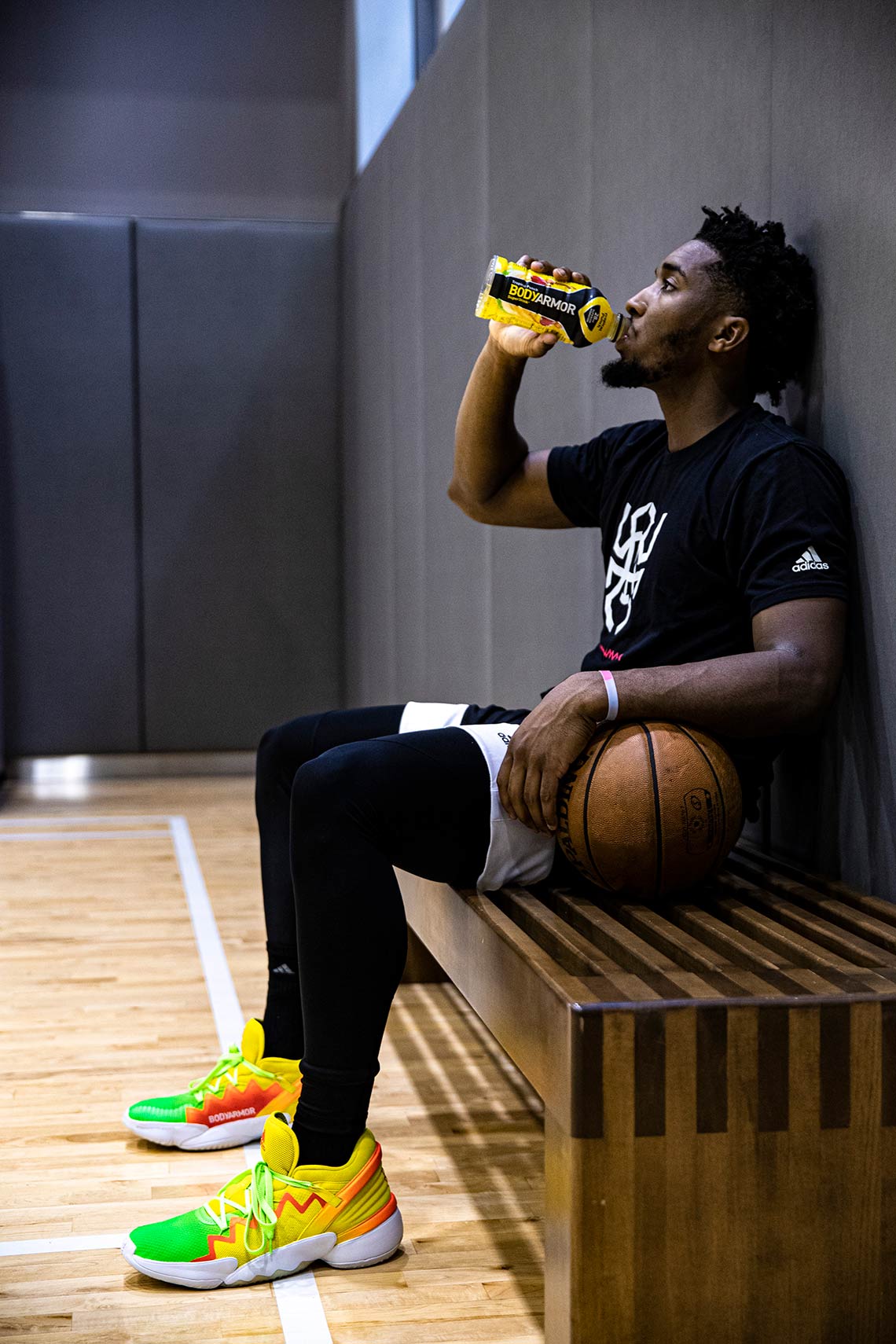