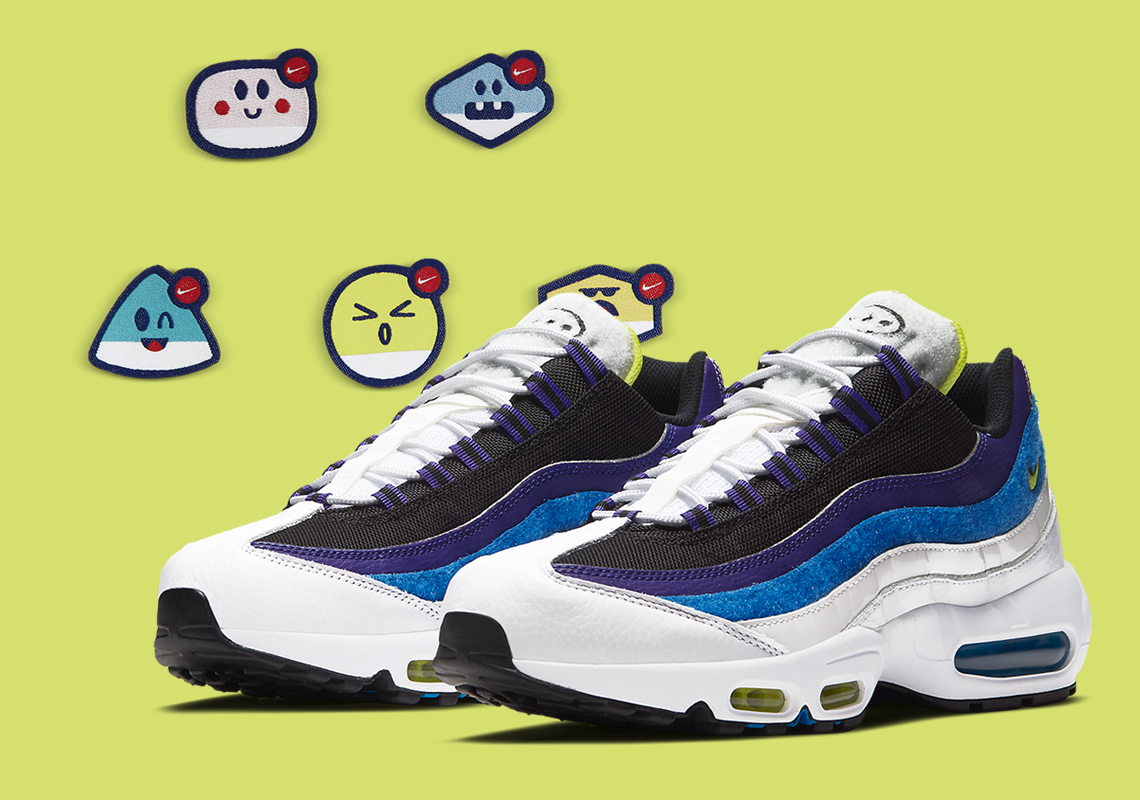 Today, informal speech often dictates language as a whole, with many talking as if Twitch chat and TikTok comments are their reality. Now that we’ve chosen to convey more with less, emojis and emotes have become the premier method of communication — and now Nike is visually drawing from such a pool as they personify their logos for the forthcoming Air Max 95 “Kaomoji.”

On the exterior, the pair is quite ordinary. Its lower half is marked by many a white accent, while the layers immediately above quickly darken to a saturated blue and then to a dark purple. But though the latter may warp along the side in smooth leather, its lower complement prefers the texture of velcro, acting both as aesthetic distinction as well as adhesive for the playful Air Max logo shaped patches. Alongside, sandwiched between the black mesh and the Volt lining, the tongue departs by way of a seeming velvet and a new speech bubble inspired insignia.

Grab an official look at the release below and expect to see them at Nike.com likely within the coming months. 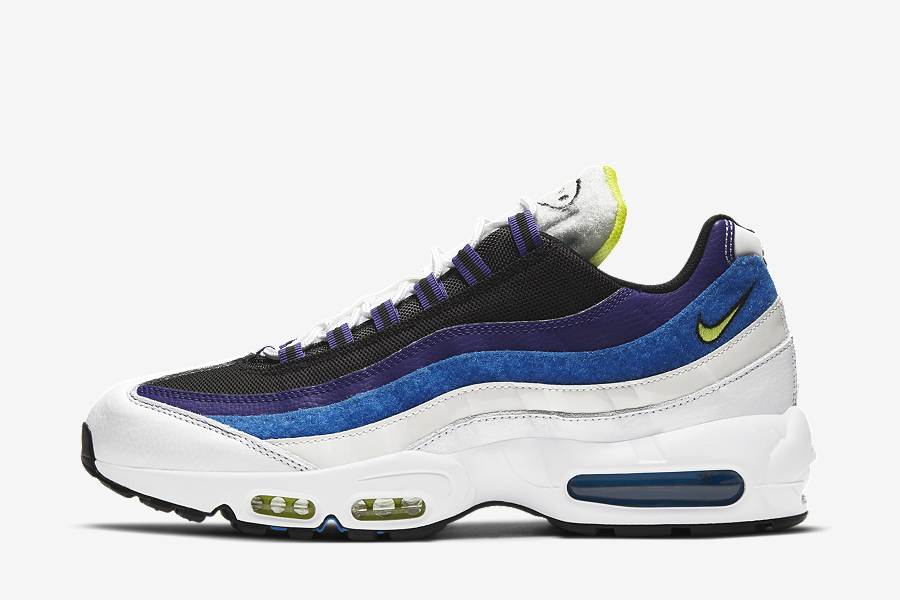 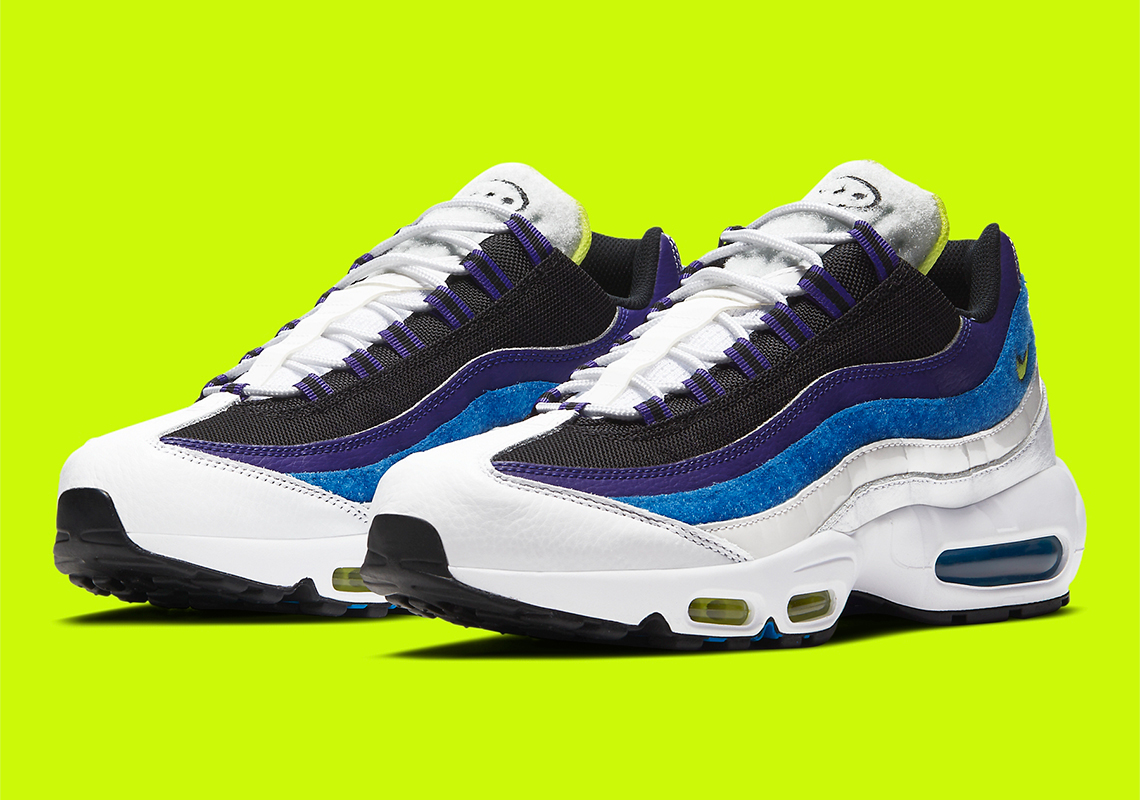 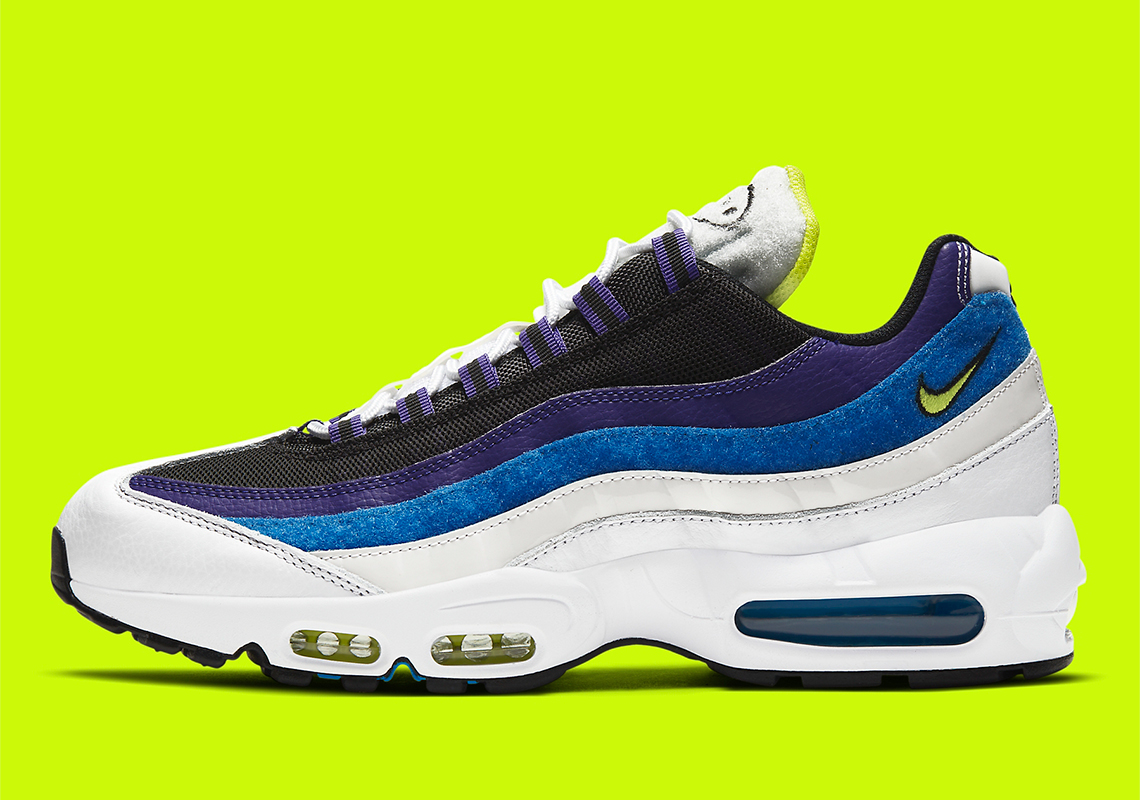 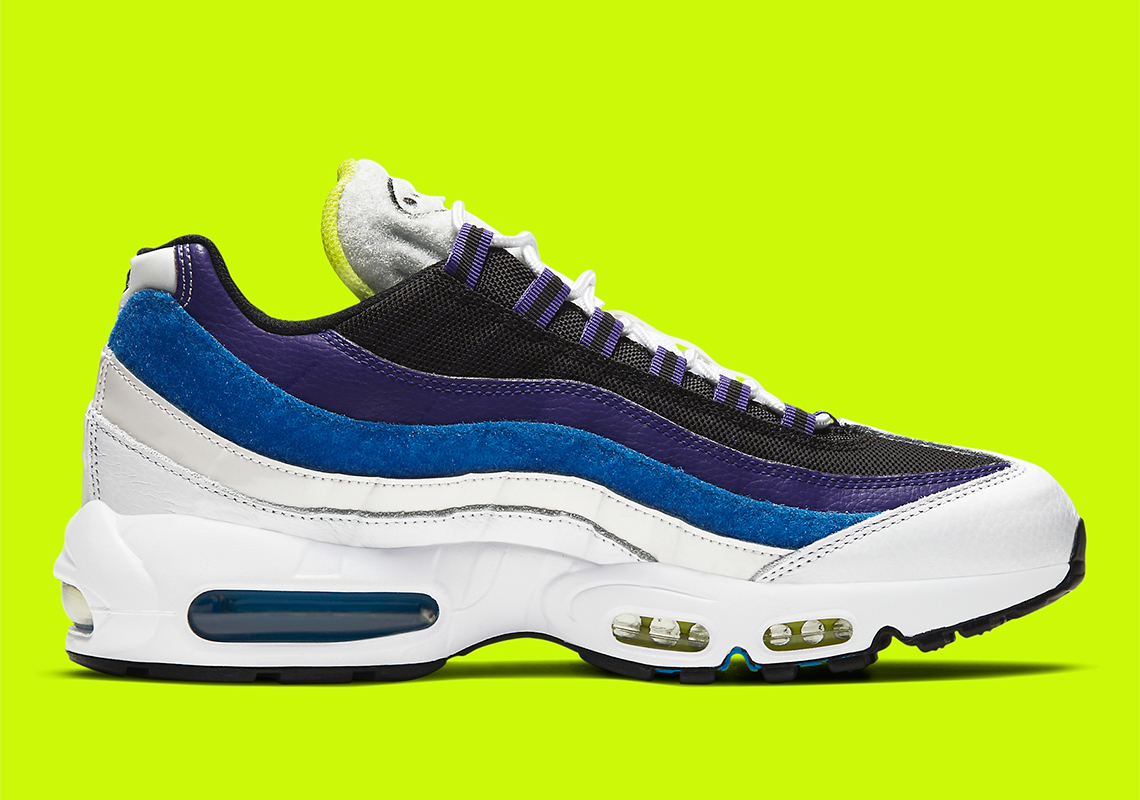 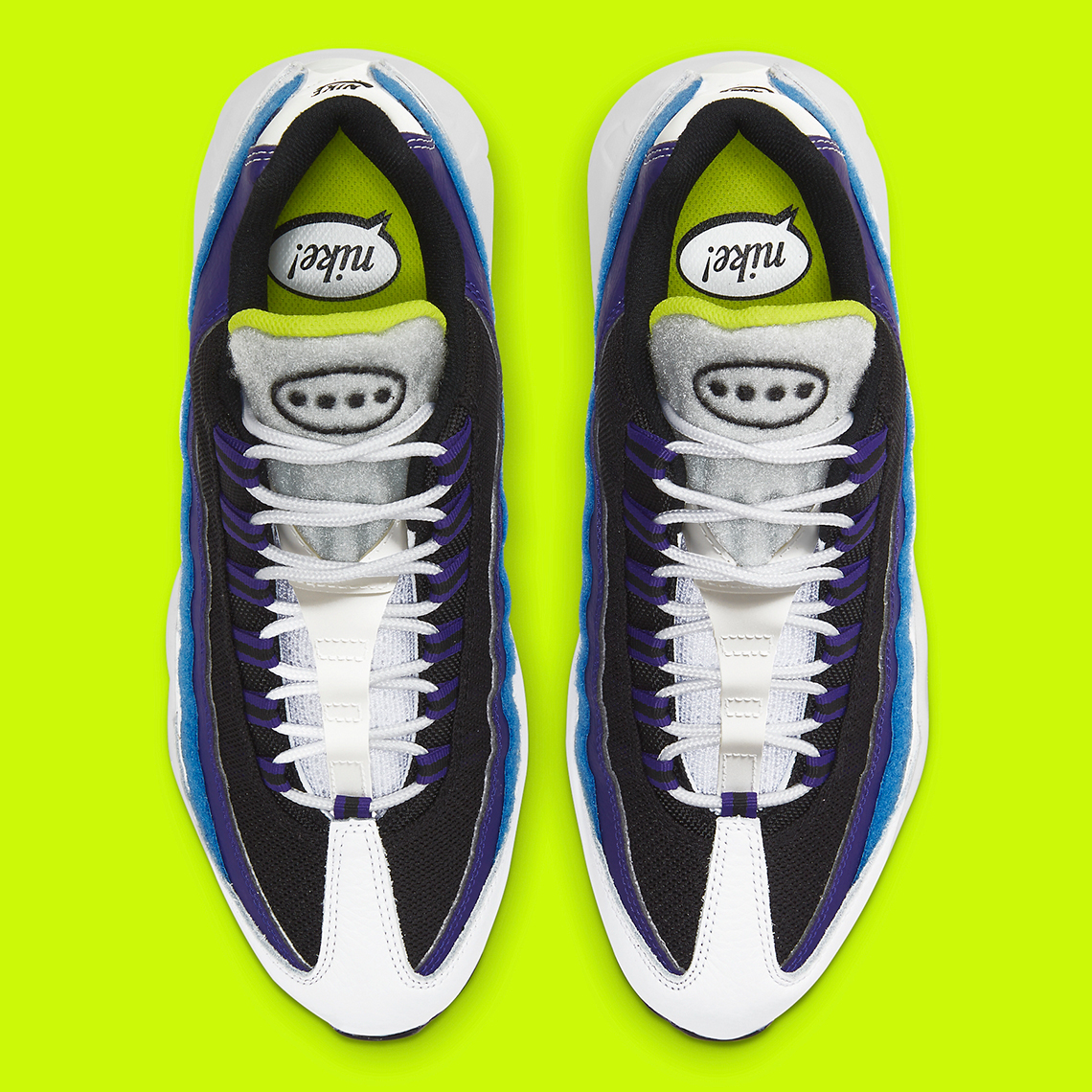 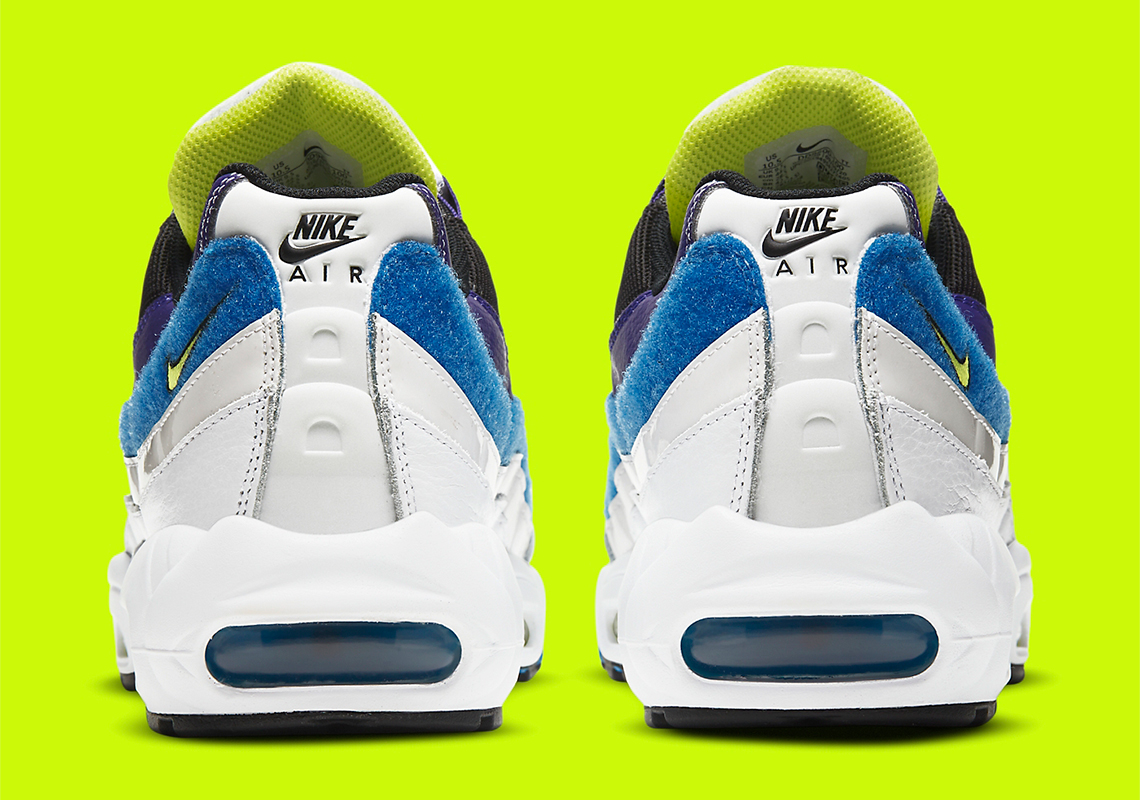 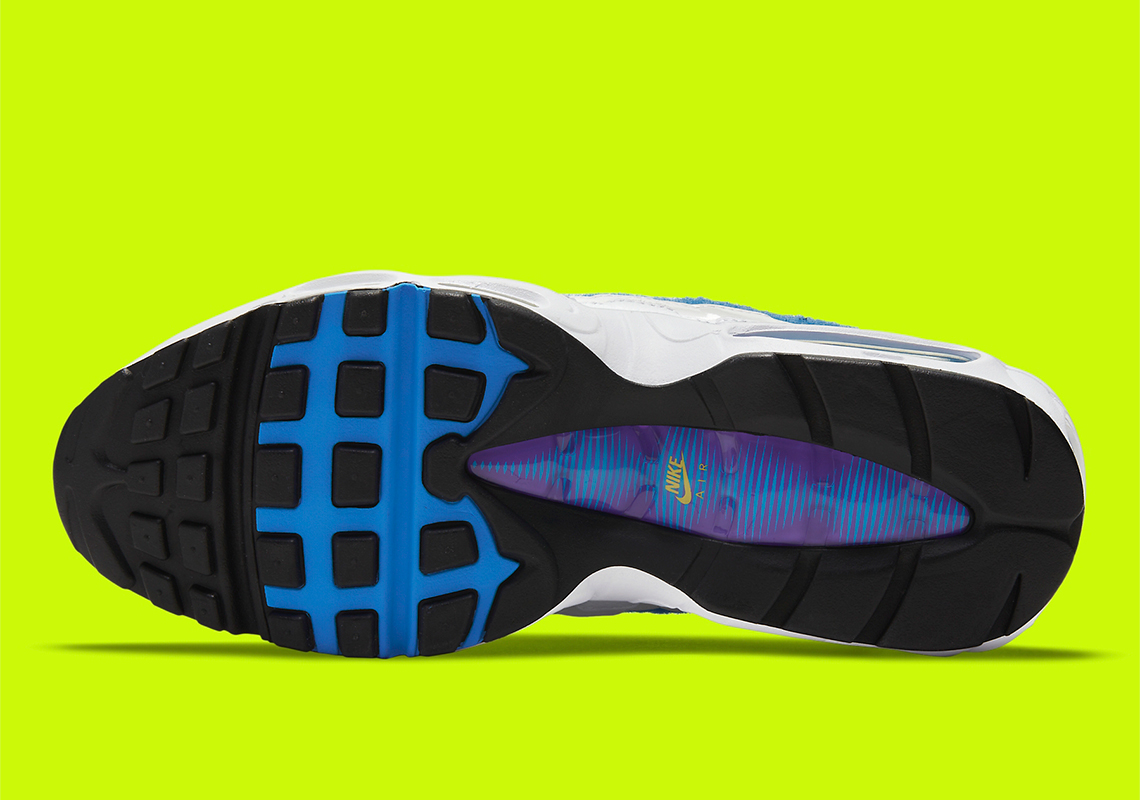 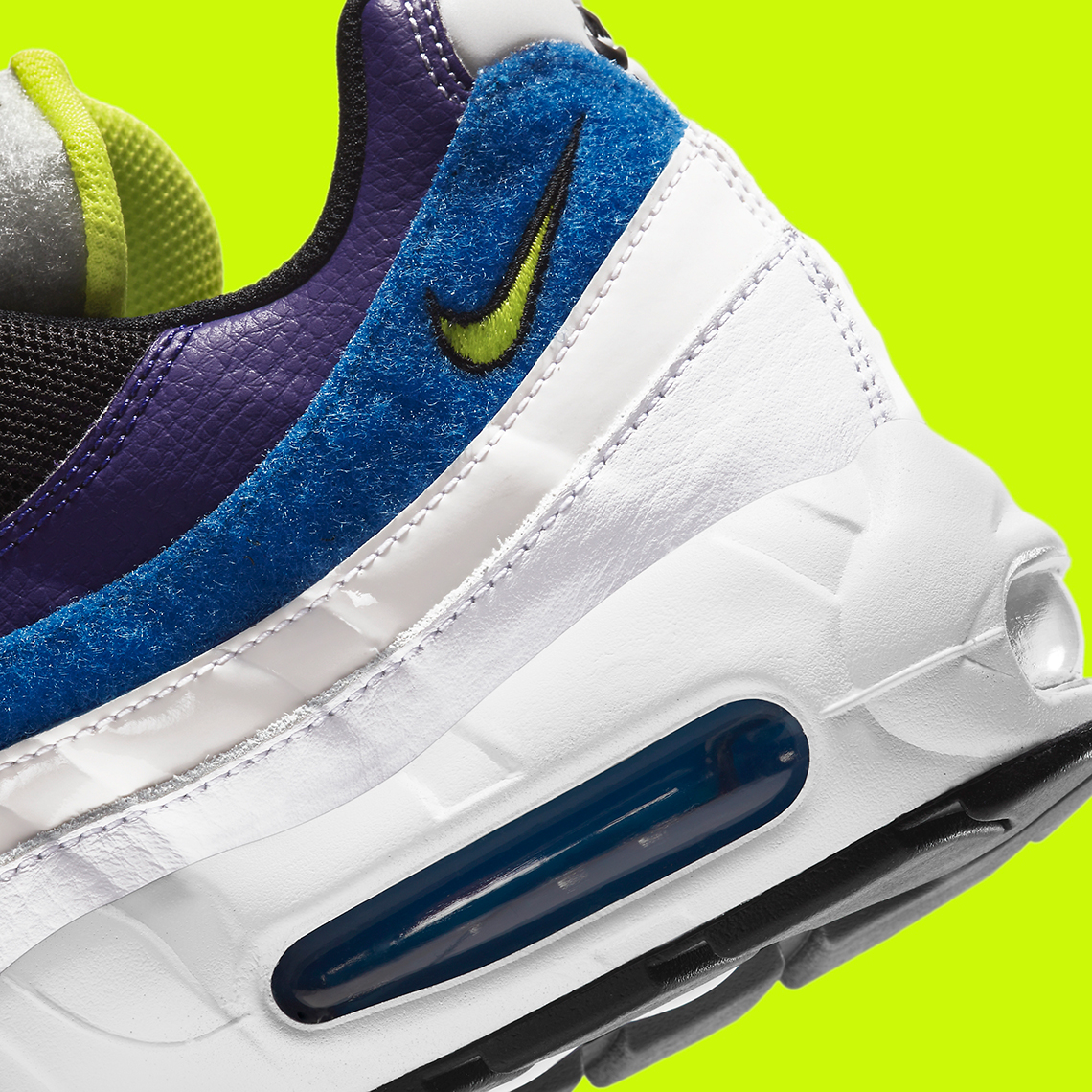 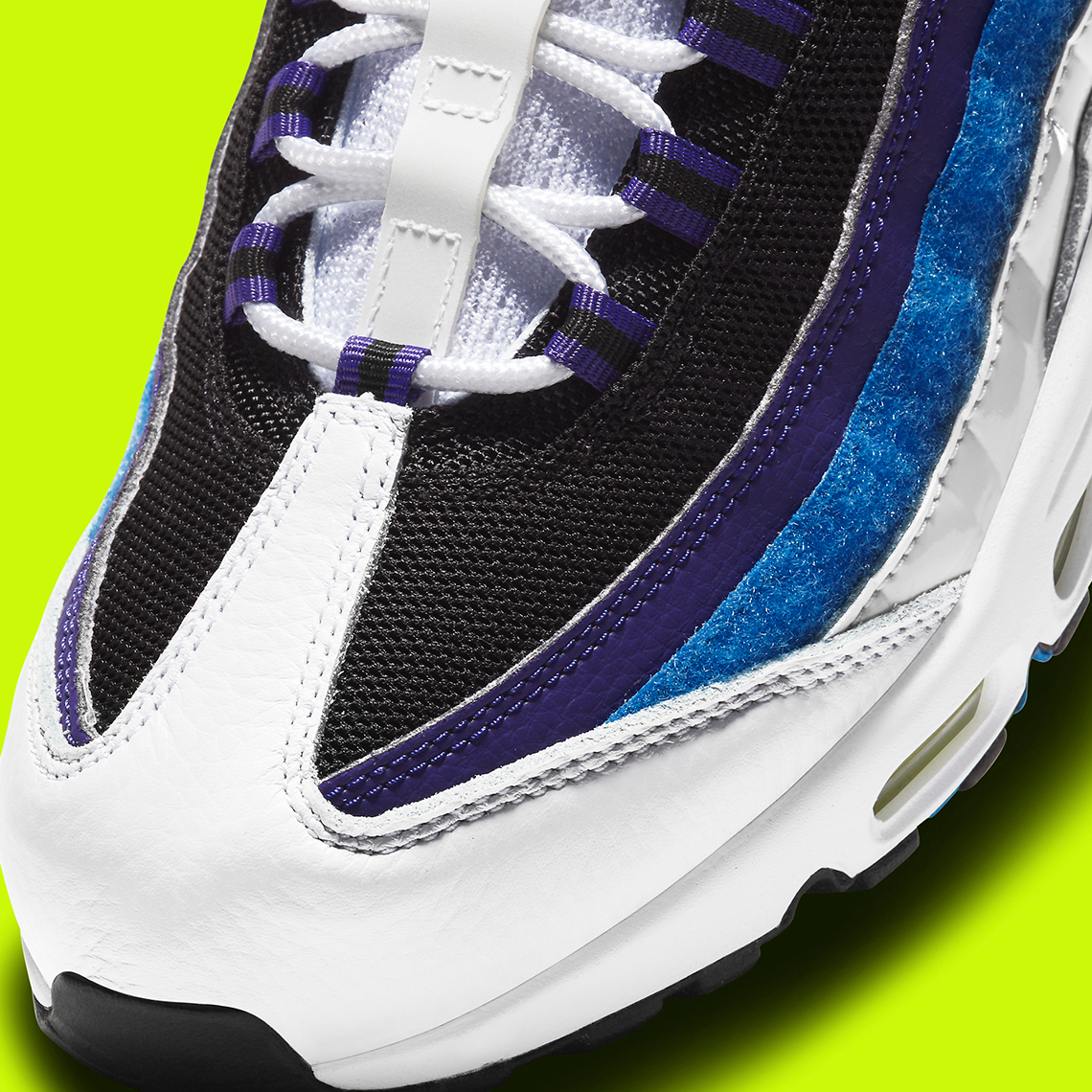 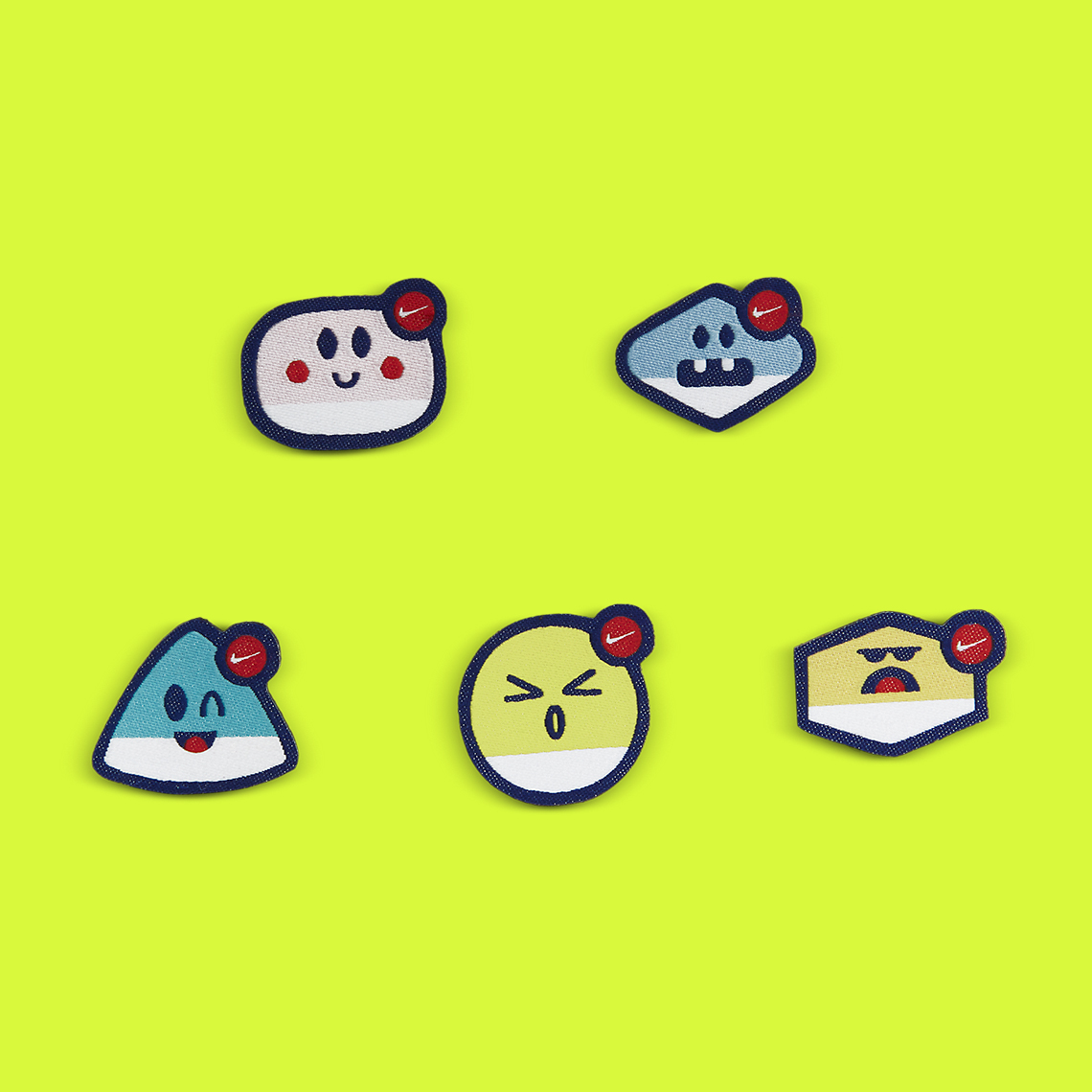 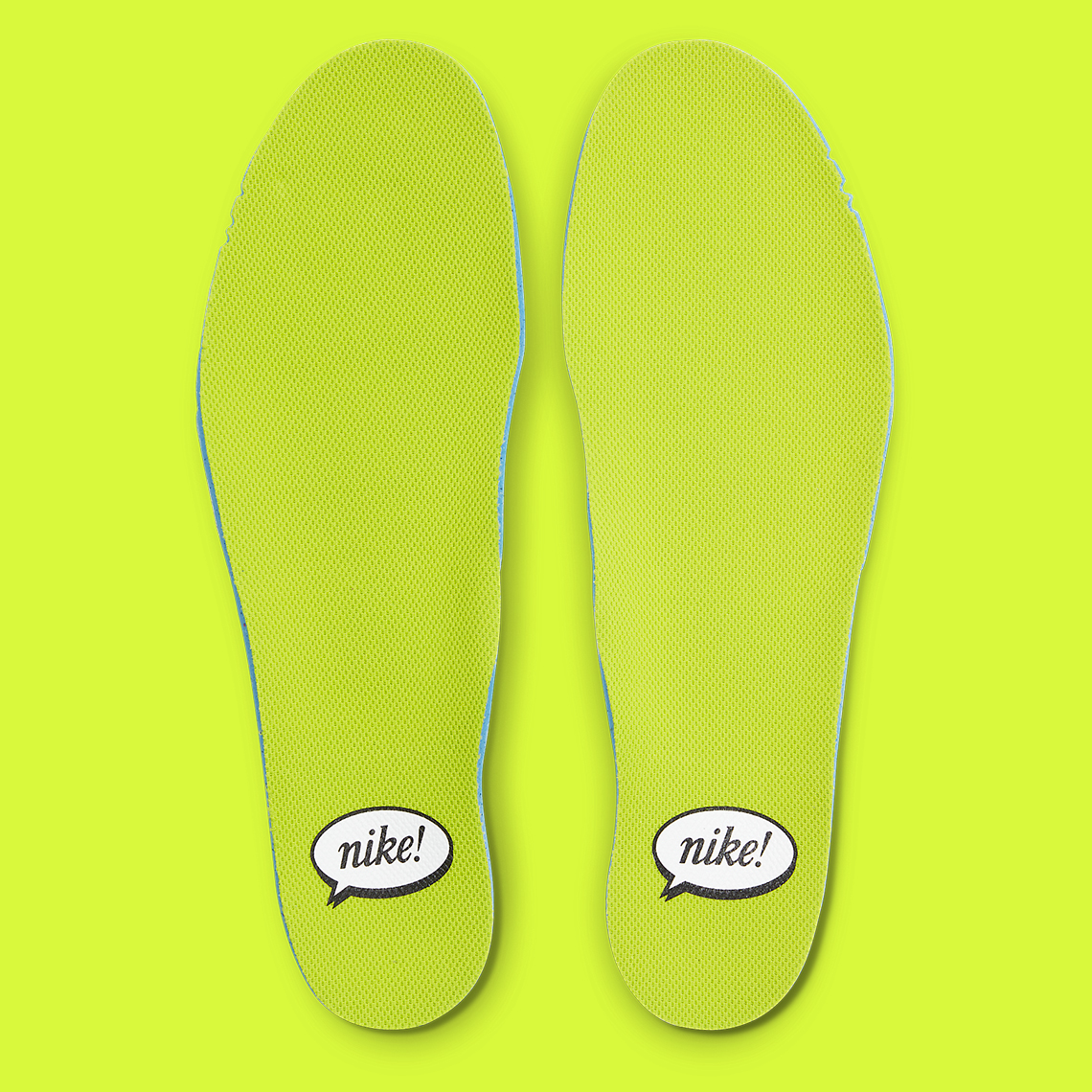