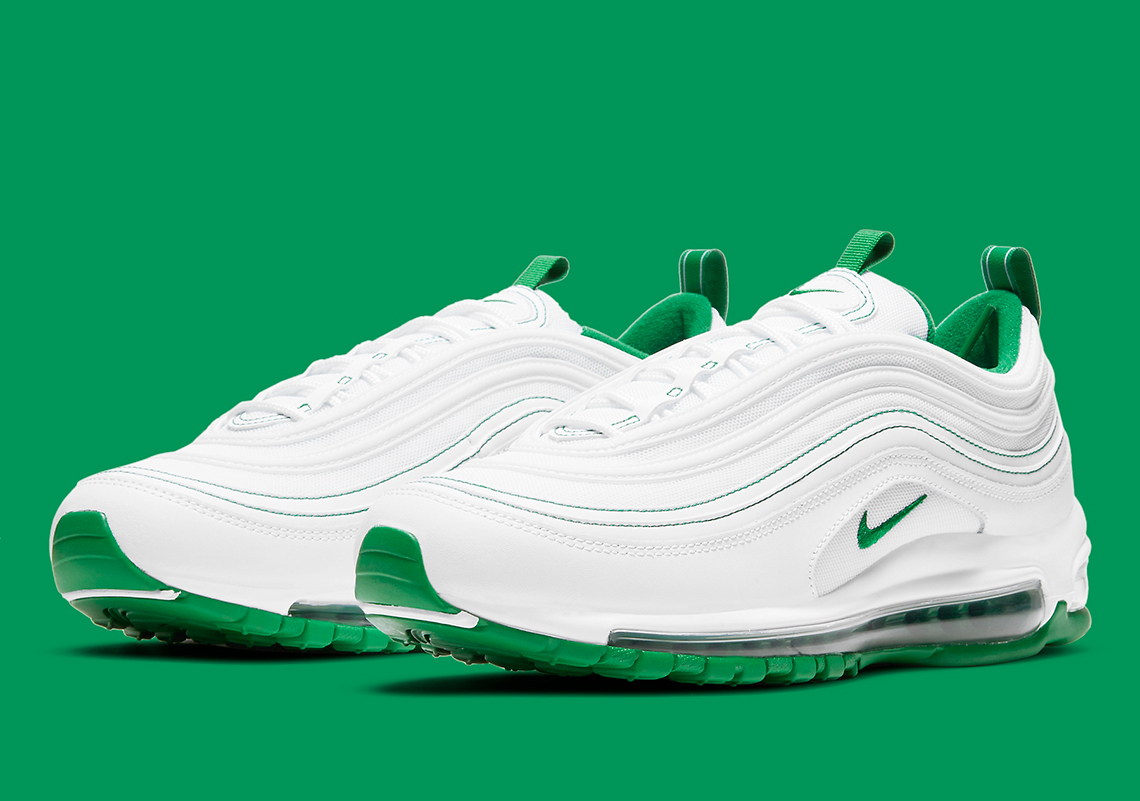 Contrast stitch has appeared on many a Nike silhouette in the past few months, most predominantly on the Air Force 1. But now, it seems the Air Max 97 is joining the pack, its upper clad in a scheme somewhat similar to the “Metallic” AJ1s and AJ4s.

As such, the upper is near entirely colored in white, its panels made up of either mesh or leather. The latter dresses the lower half as well as the piping layers above, while the underlying base bears the texture of the former. Over top, embroideries and the aforementioned contrast stitch come into play, their dark green shades a perfect match to the lining, tread, and the pulls that lay down adjacent.

Grab a detailed look at this AM97 here and expect a release to hit Nike.com within the coming months.

In other news, the END New Balance 1500 Rainbow Eucalyptus is arriving this week. 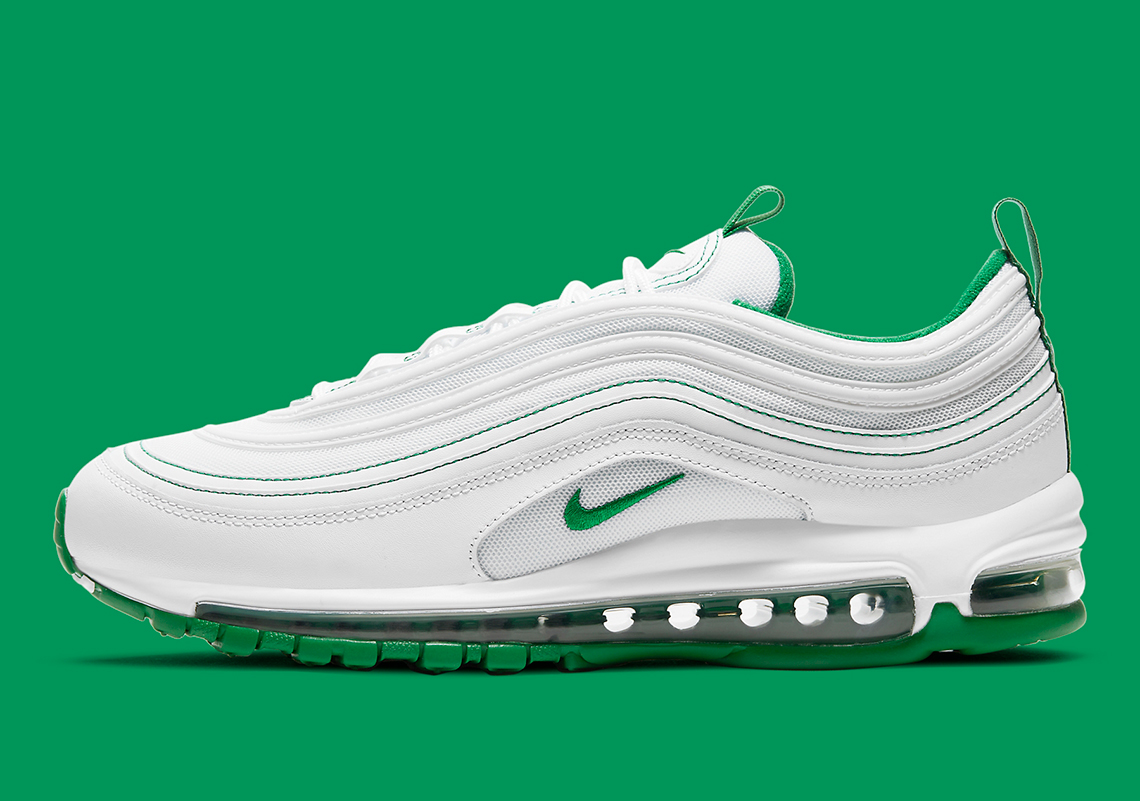 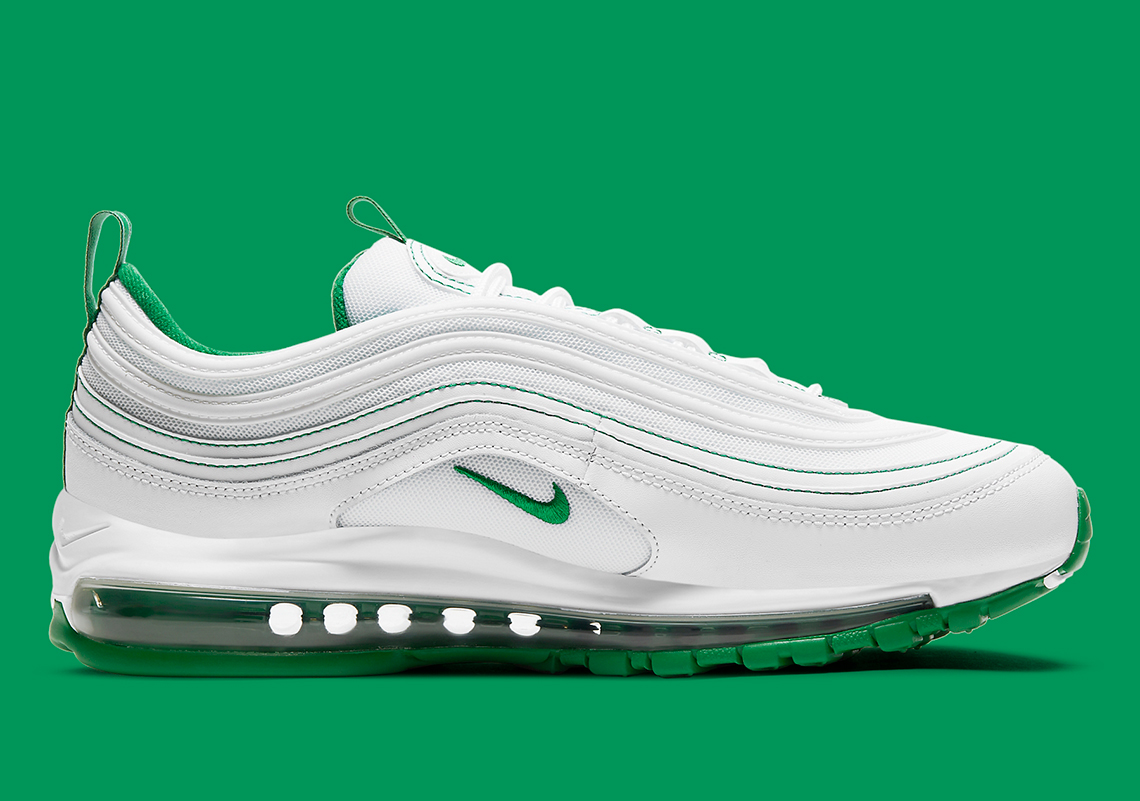 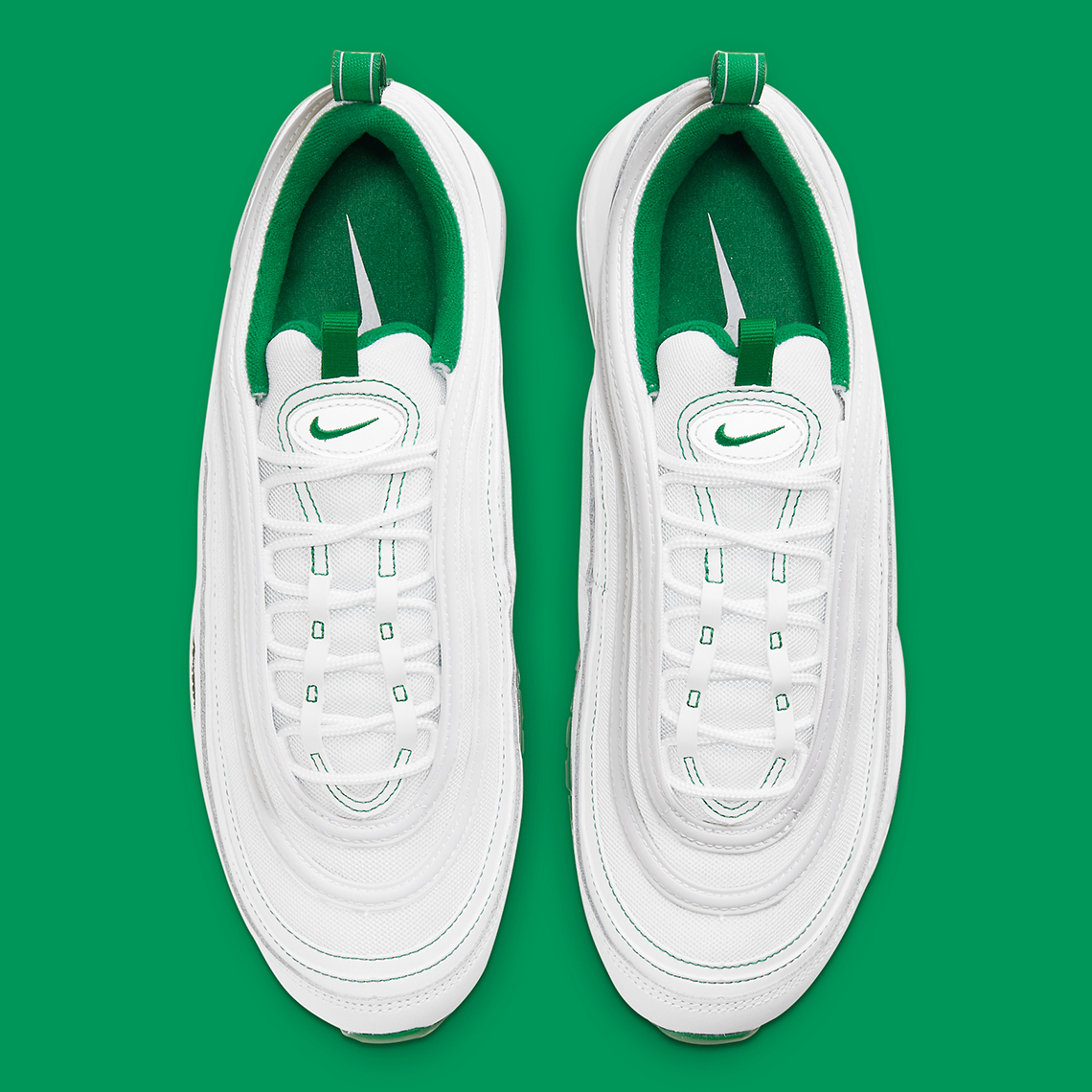 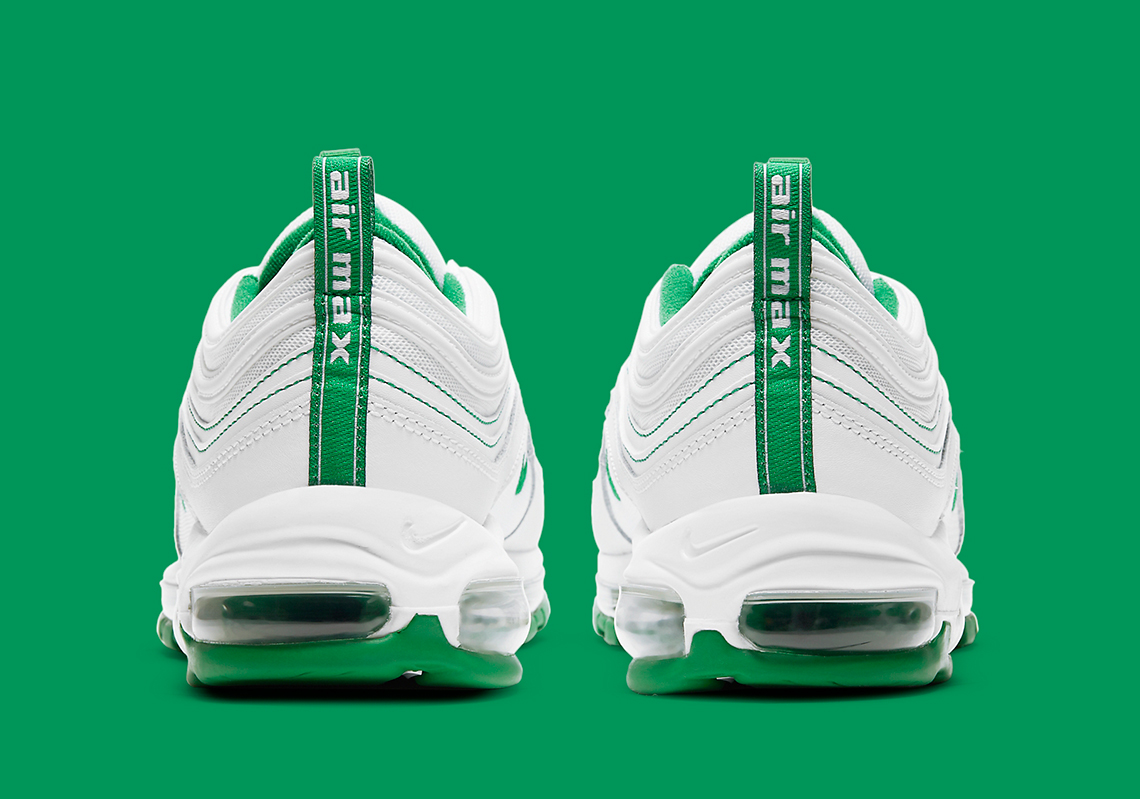 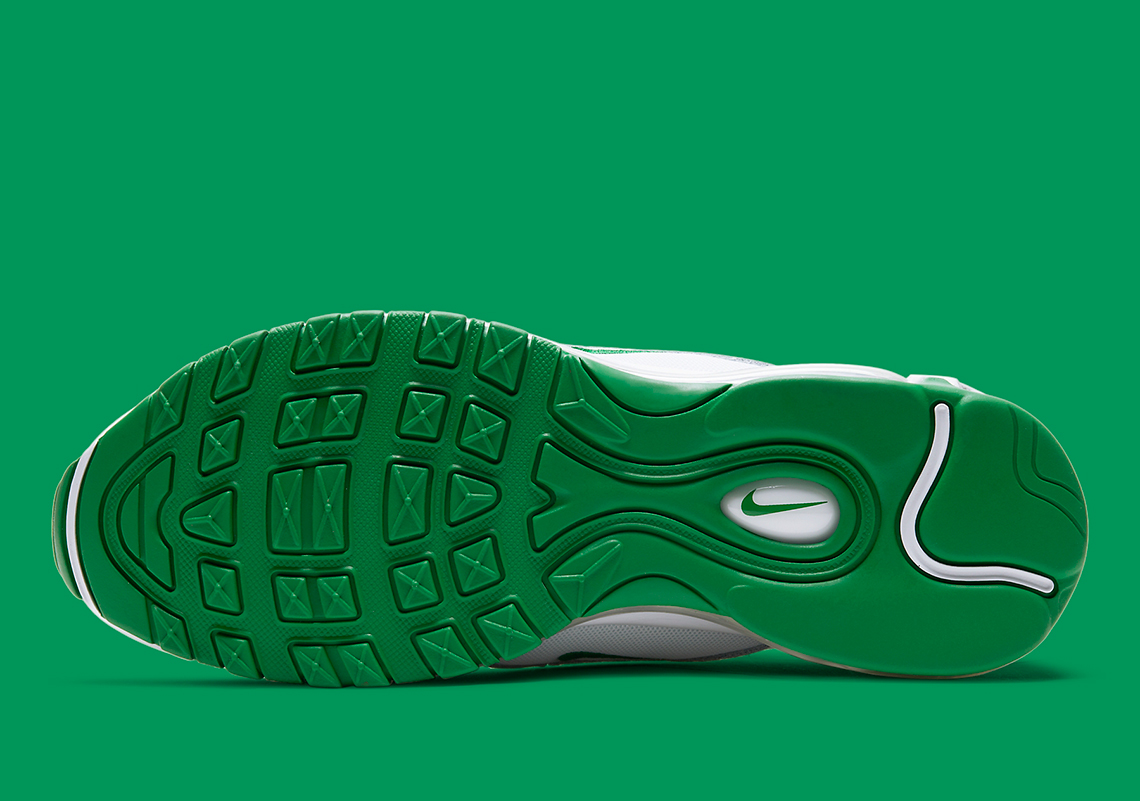 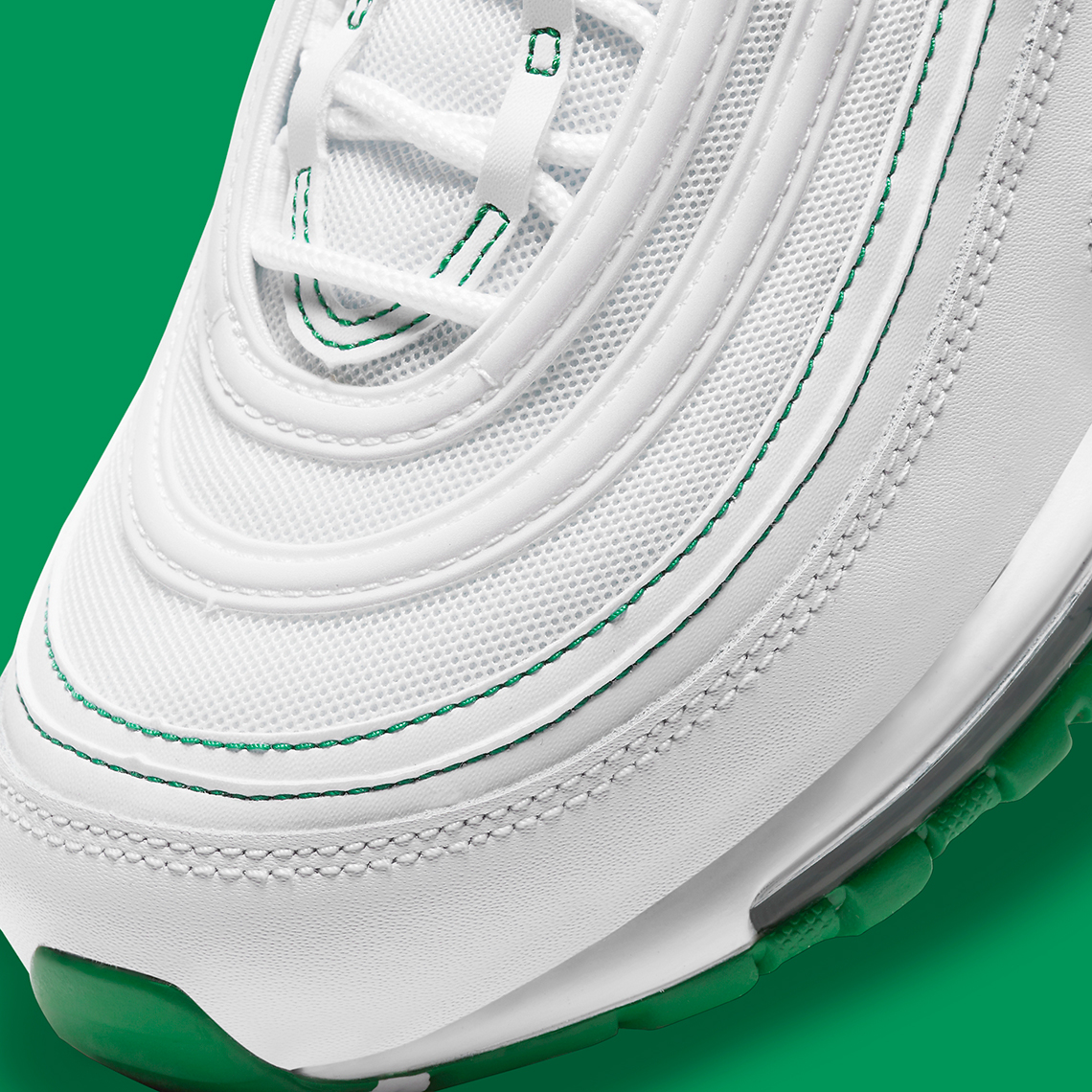 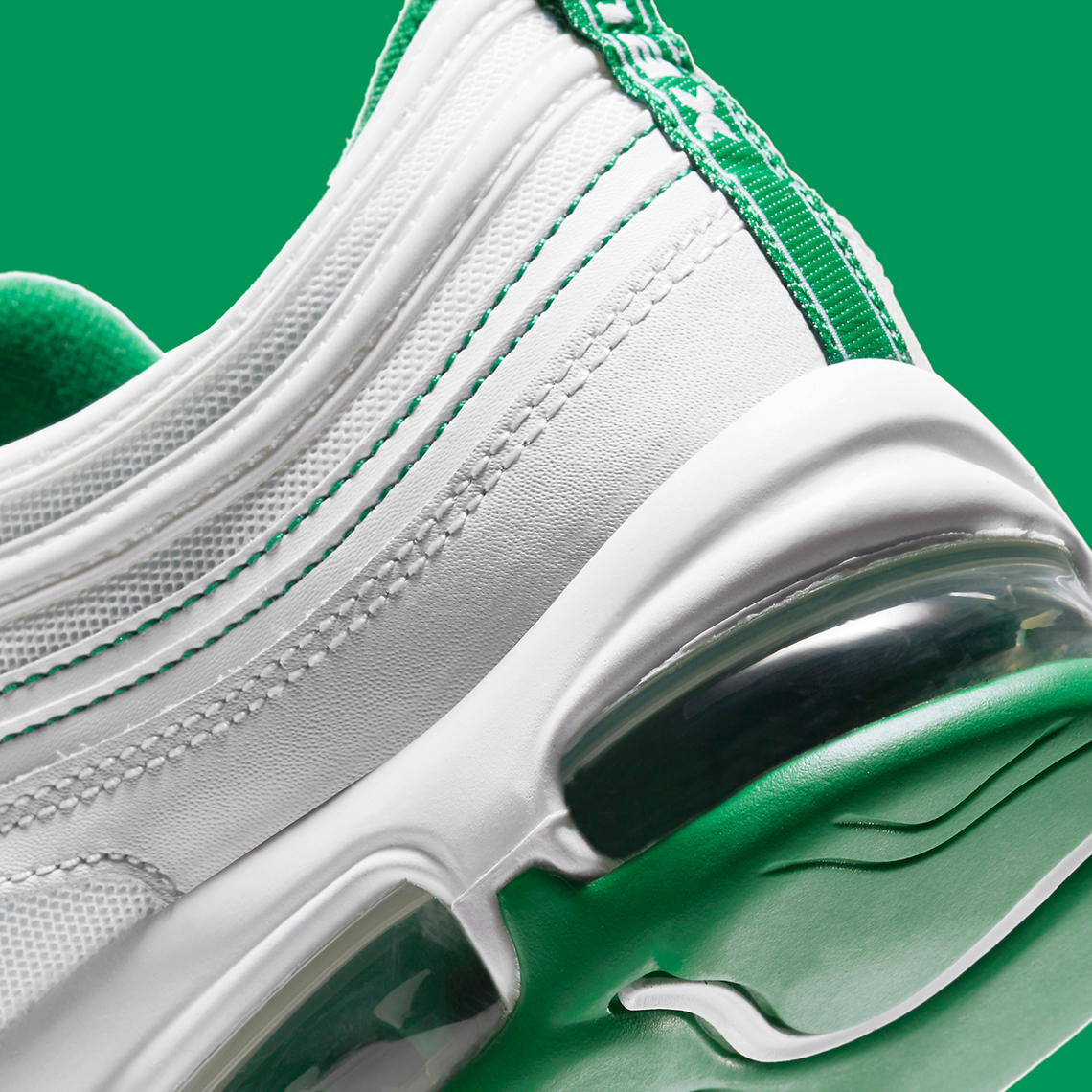