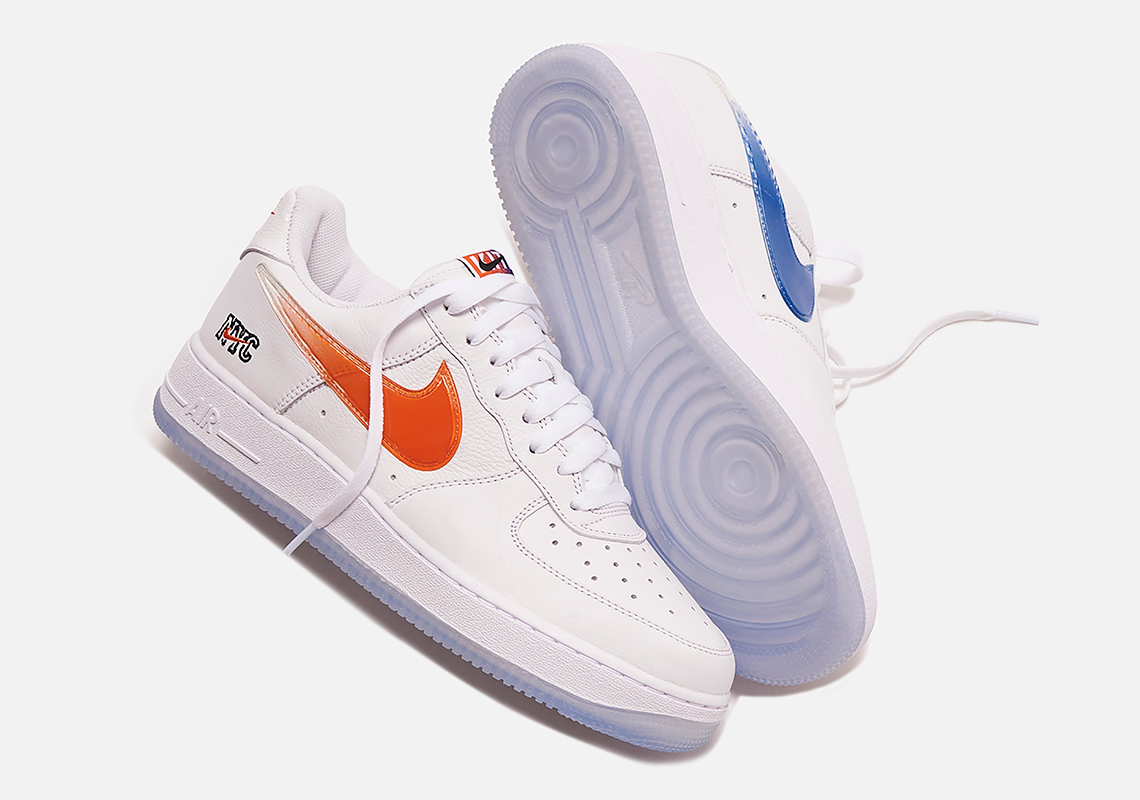 Ahead of launching its next Nike Air Force 1 collaboration, KITH has shared detailed product shots of the pair exclusively launching at its outposts on Friday, December 18th.

Although official NIKE, Inc. images of the Dipset and New York Knicks-marketed joint-effort suggests a wider release may be in the works, the predominantly “White” pair will release through Ronnie Fieg’s retail empire. As seen via both early leaks and authorized imagery, the latest take on Bruce Kilgore’s 1982 design features alternating, gradient profile swooshes à la Air Force 1 “Taiwan” from 2001. Elsewhere, the pair dons the Swoosh’s “NYC” logo on the lateral heels. Midsoles keep their standard all-“White” makeup, which is ubiquitous in Harlem and the Bronx, but outsoles indulge in an icy blue, semi-translucent finish.

Enjoy another look at KITH’s ode to the Big Apple here below, as you try your luck via KITH.com tomorrow, December 18th.

For more from NIKE, Inc., check out official images of the Air Jordan 11 Adapt right now. 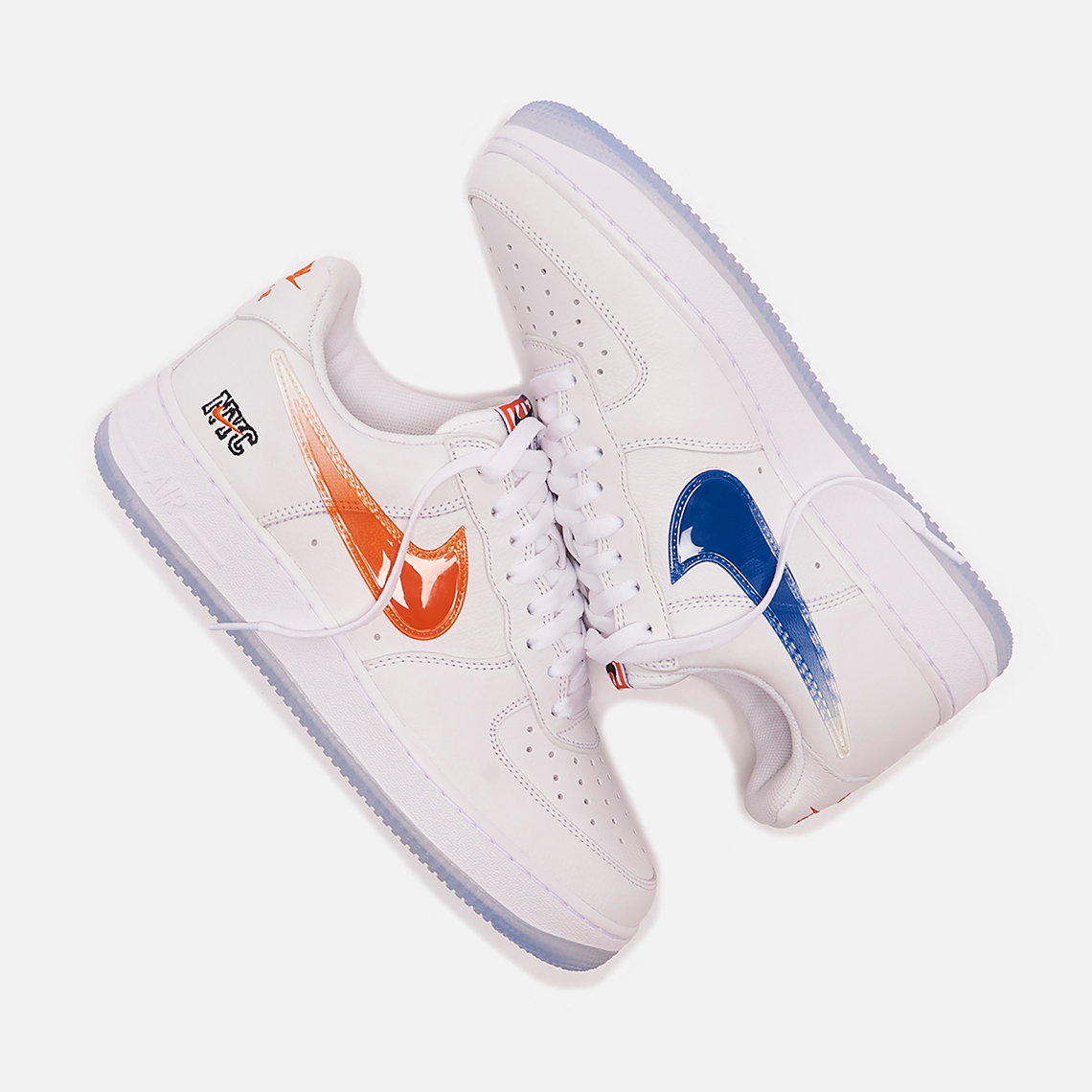 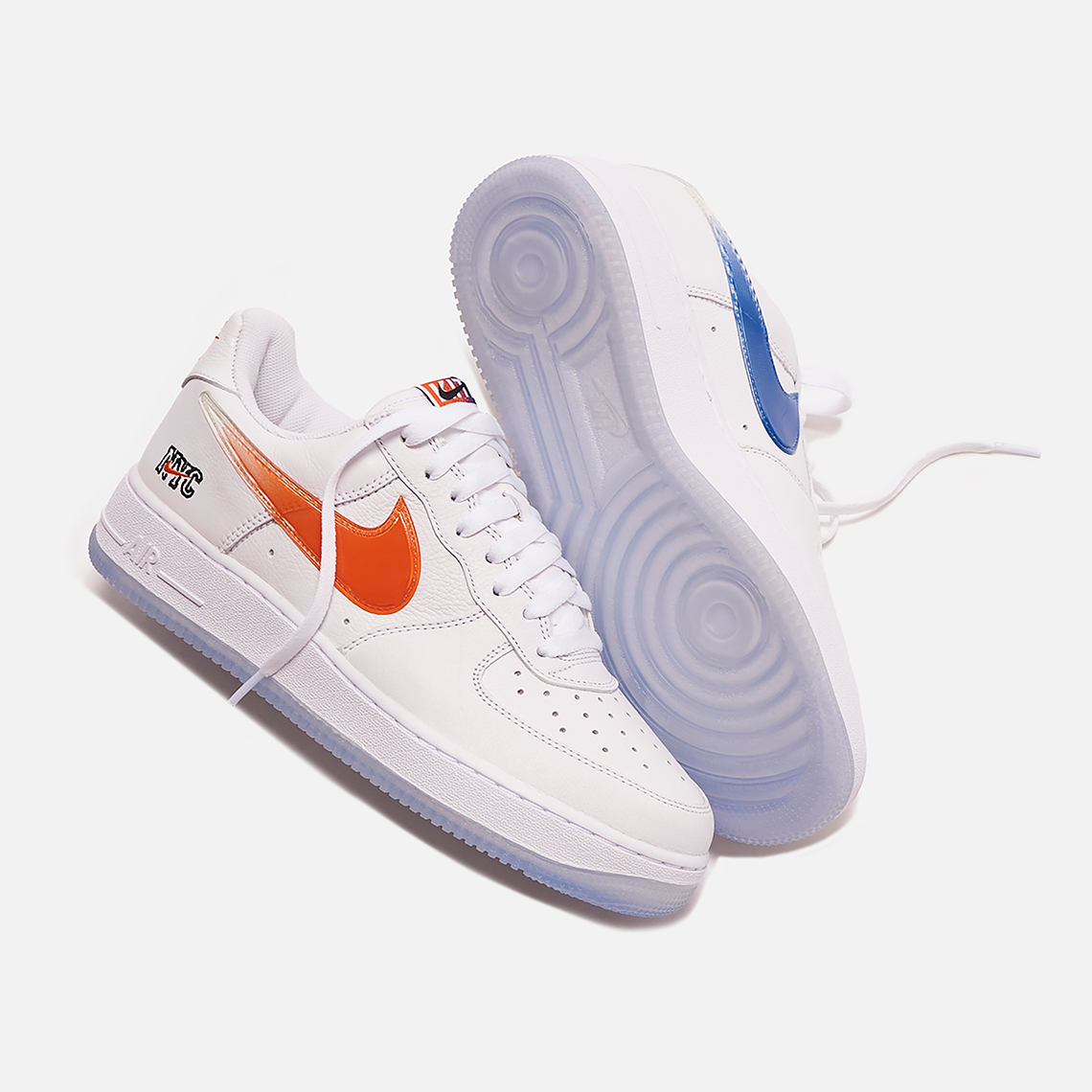 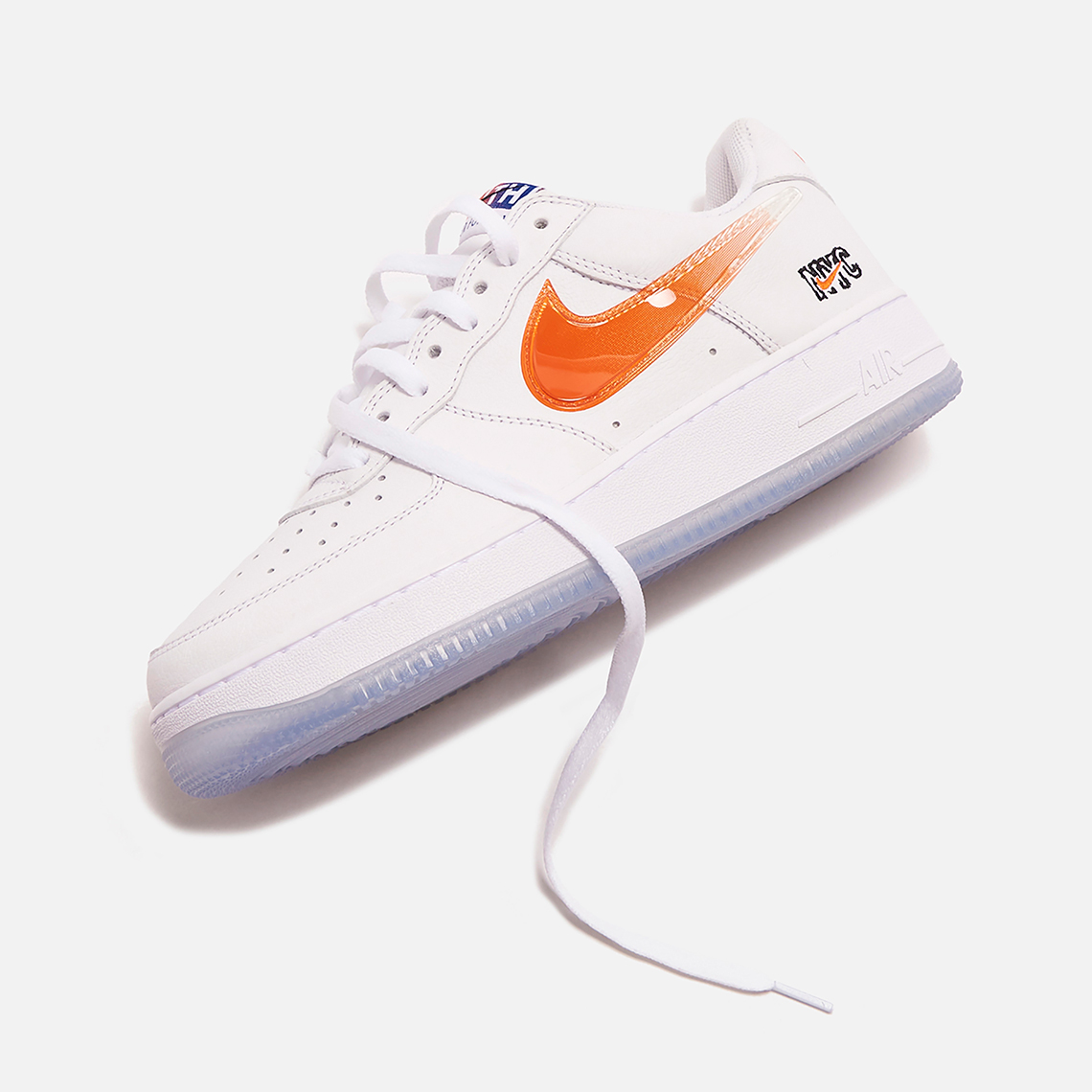 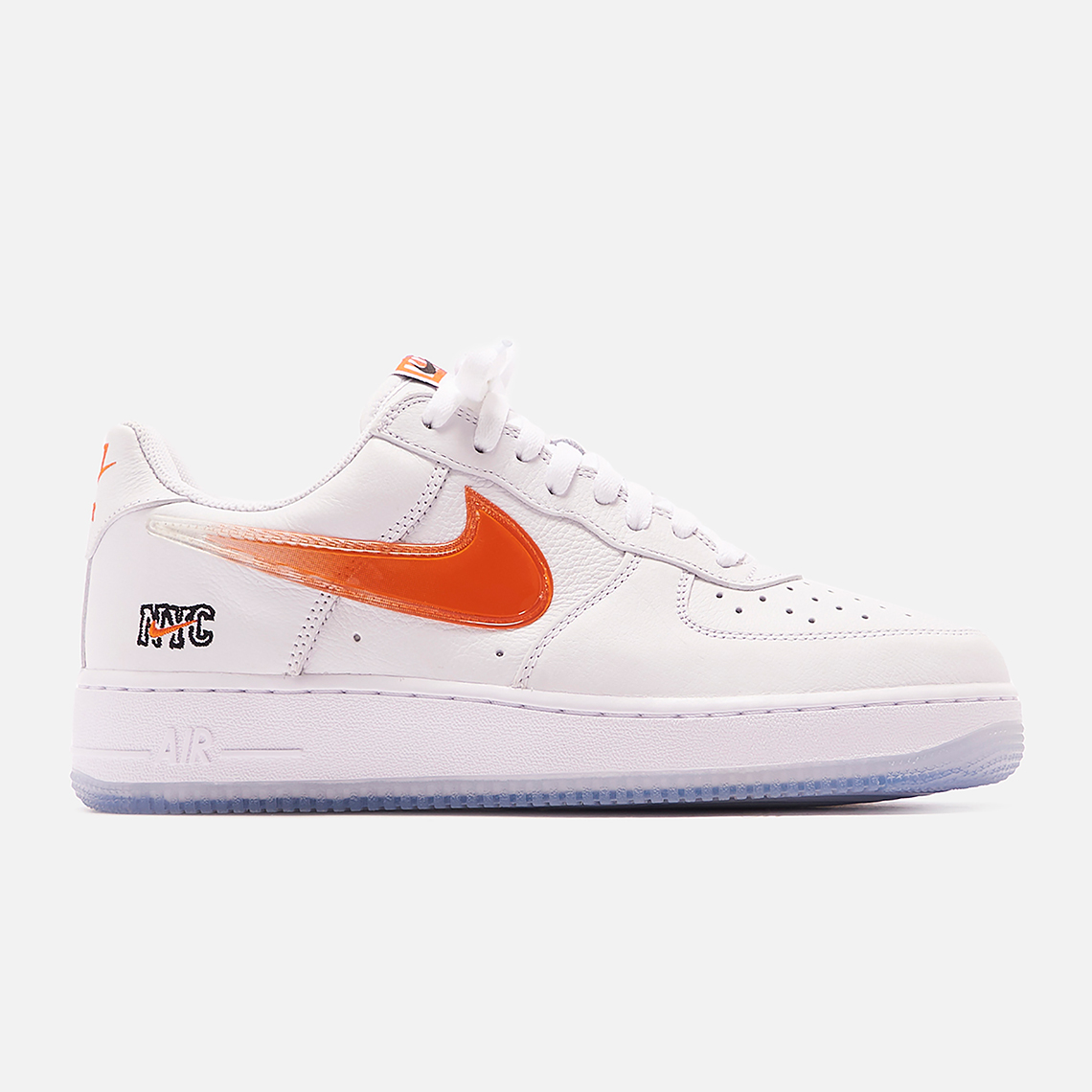 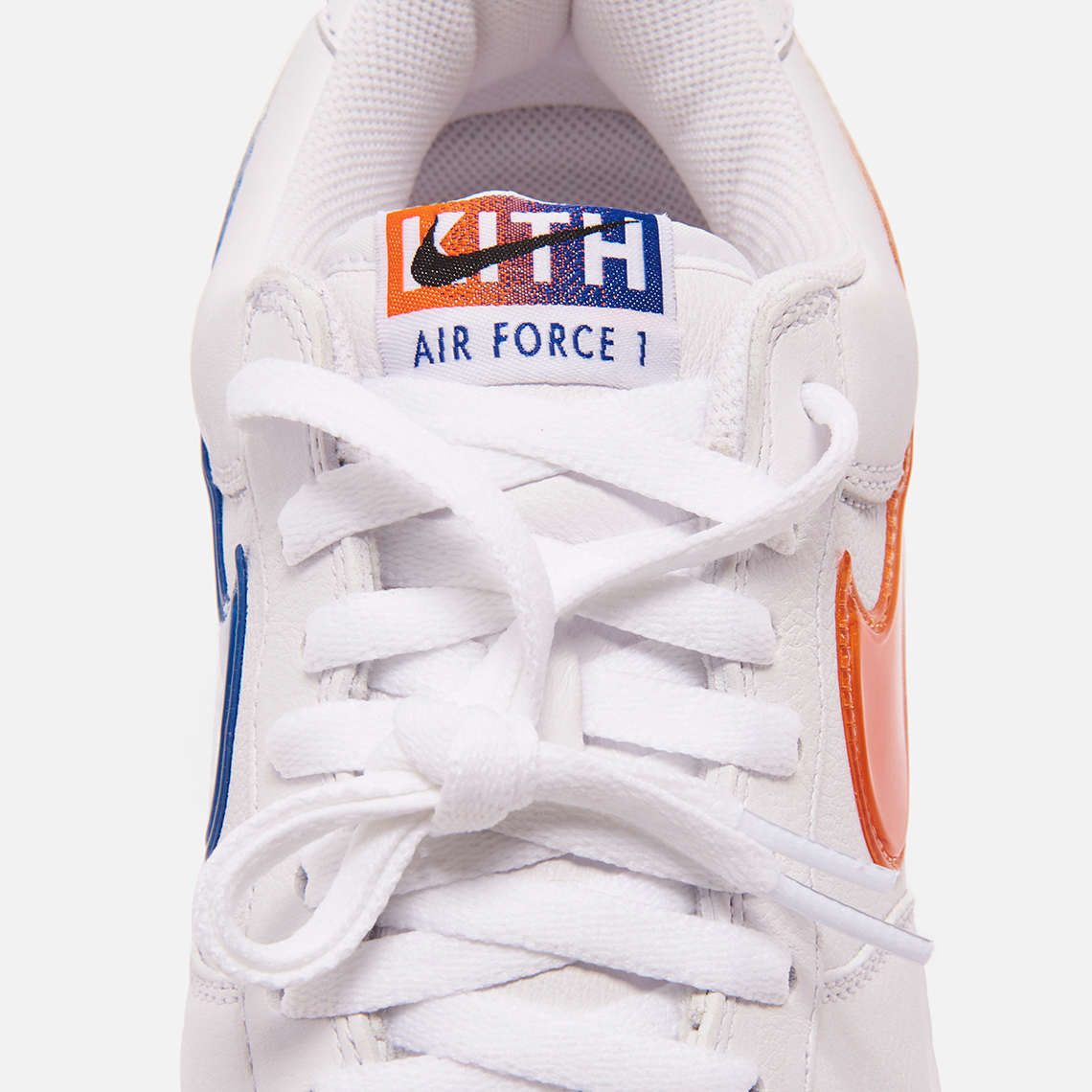 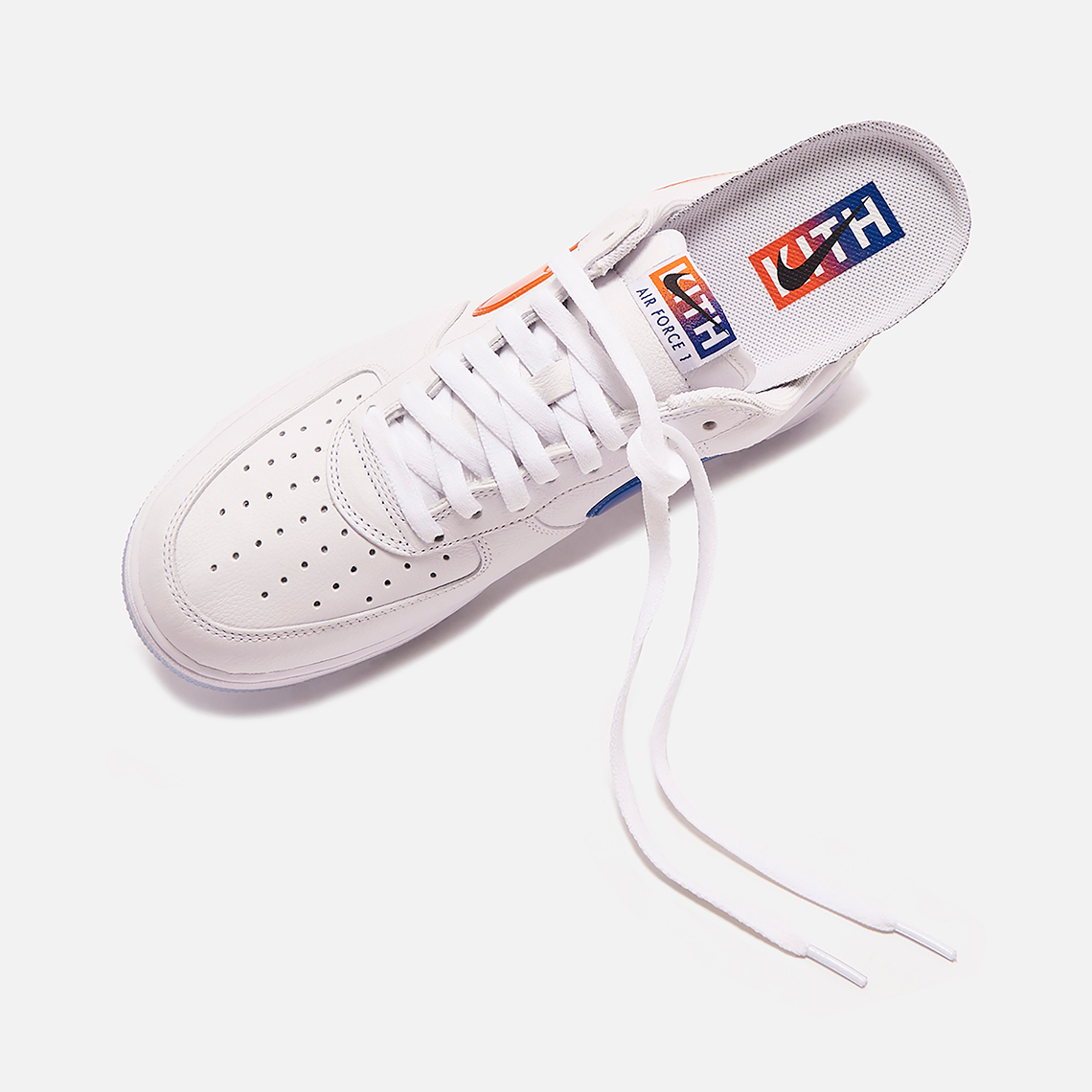 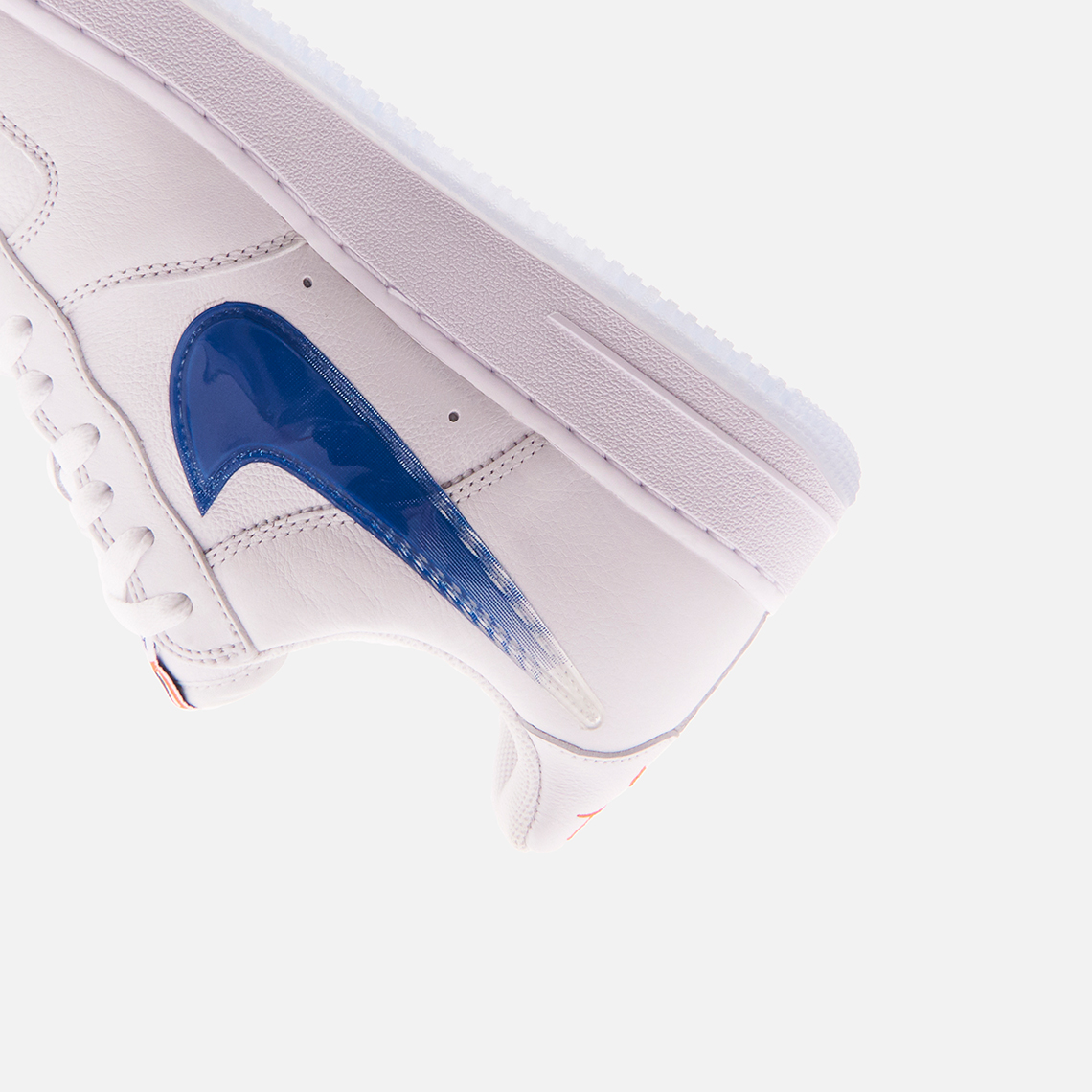 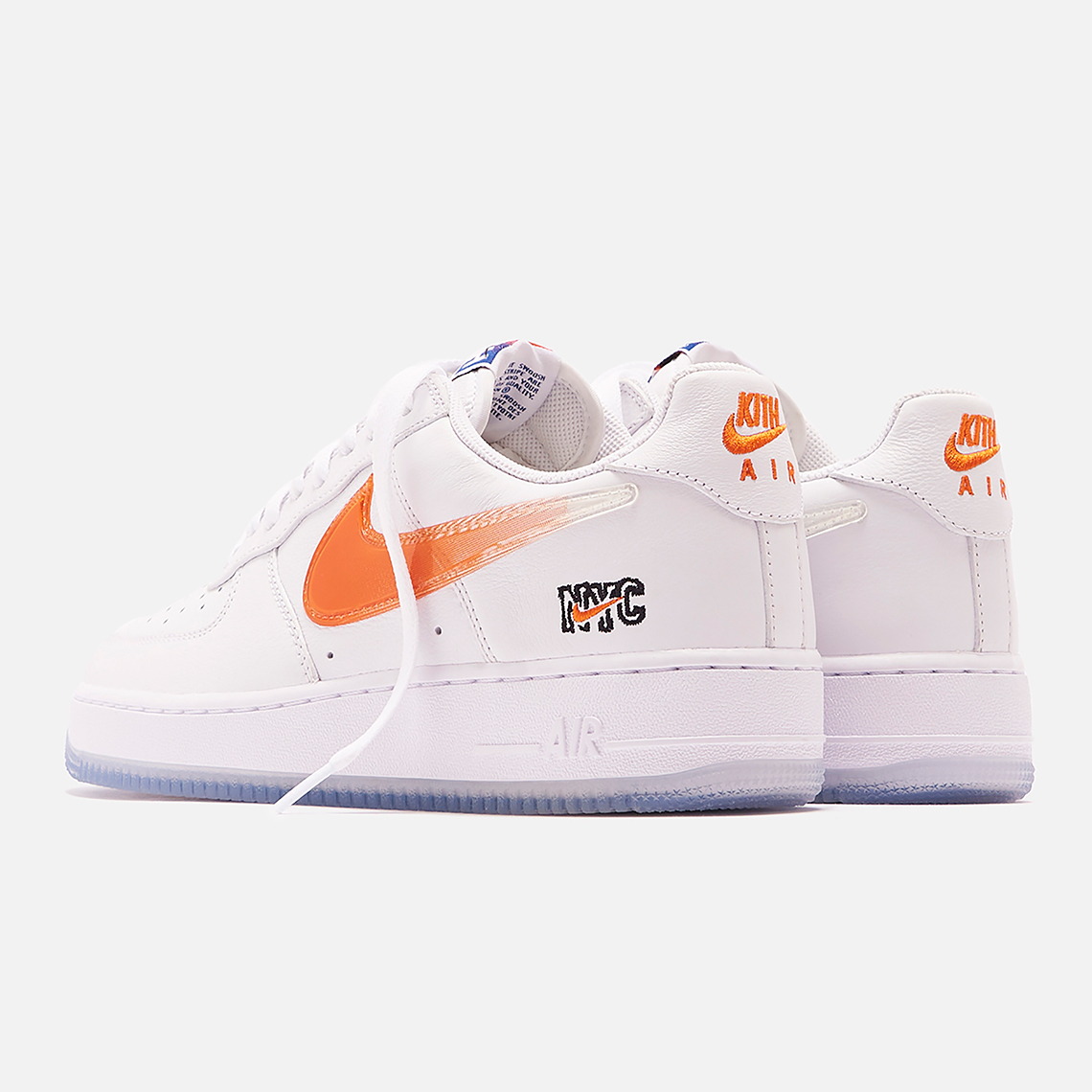 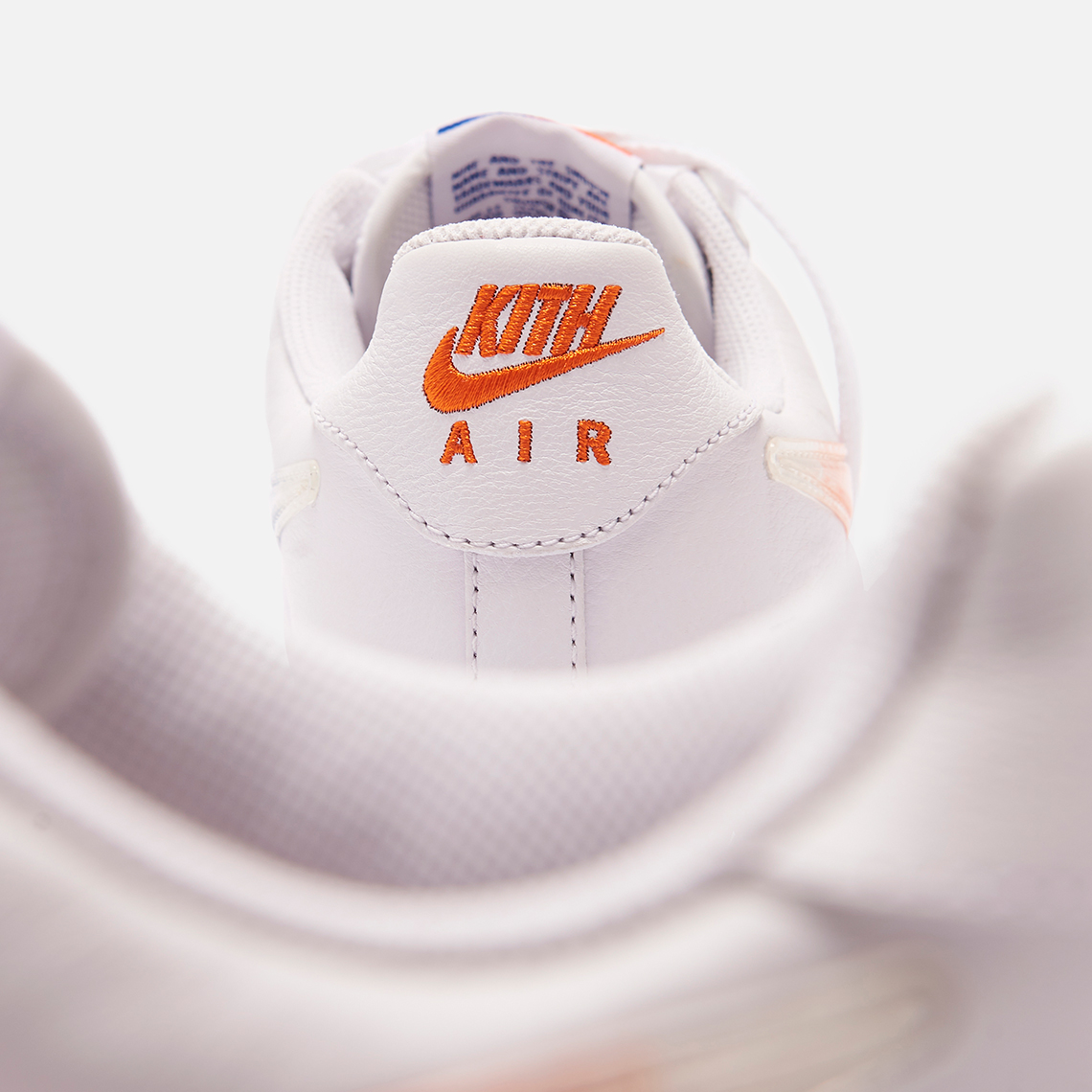 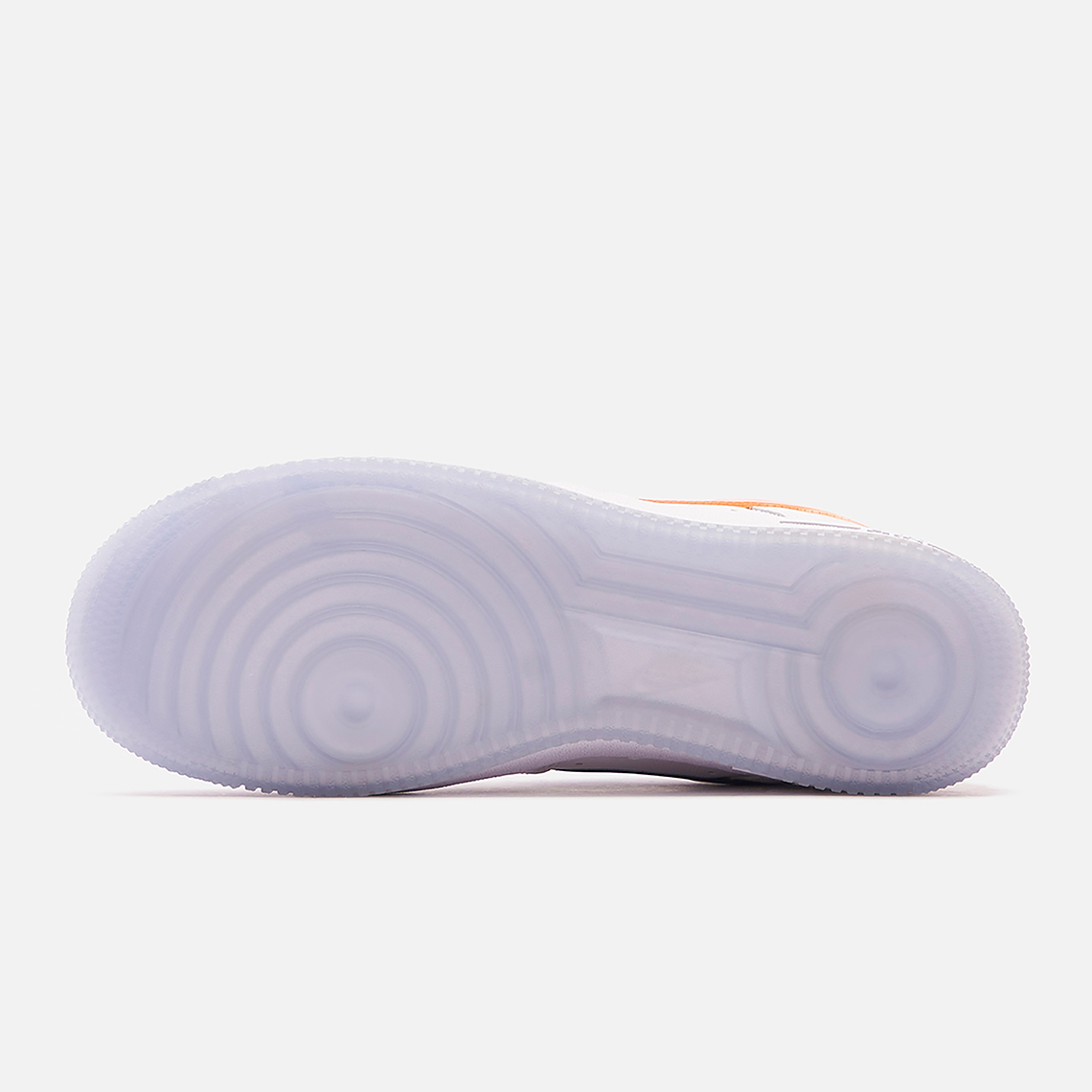