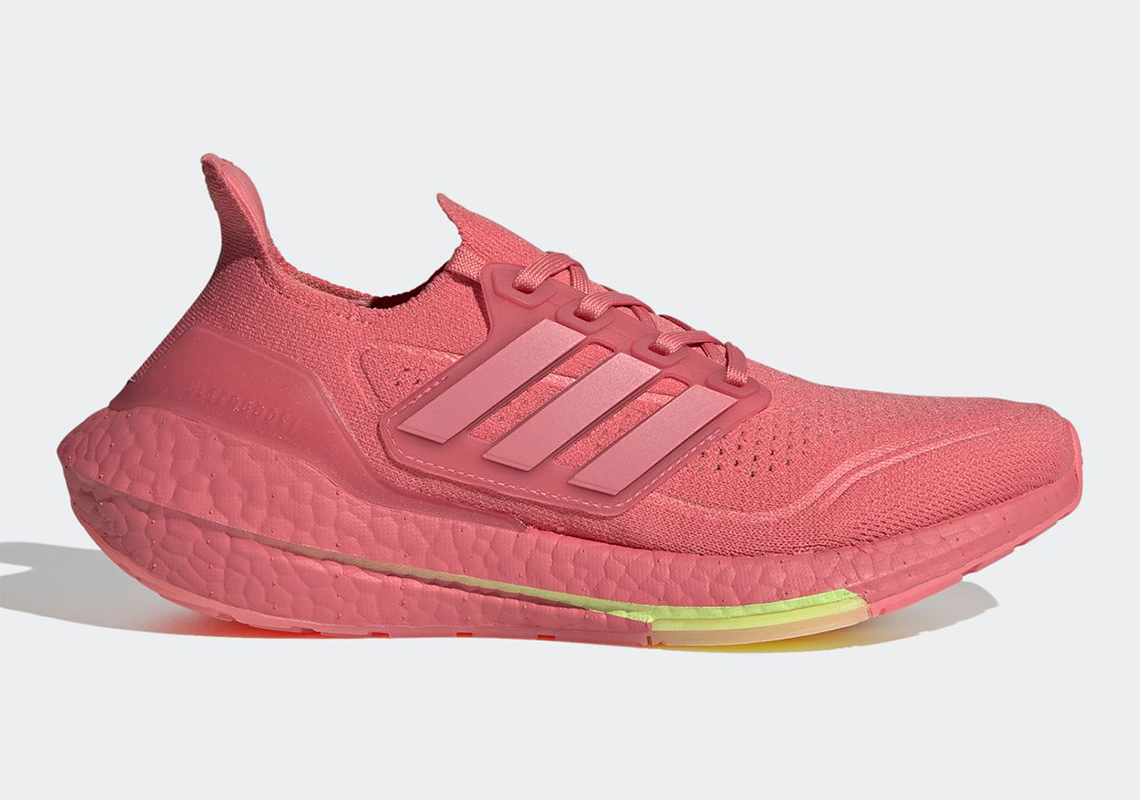 Come February, the adidas Ultraboost 21 will have finally released — its bountiful set of colorways, which have surfaced rapidly throughout the past week, already similar in quantity to the silhouettes now months old. And alongside its versatile set of Triple Blacks and Triple Whites, we’re to see the product line grow with the inclusion of this women’s “Hazy Rose” arrangement.

Similar to its neutral alternatives, the offering dyes most of its construction one singular tone. The BOOST sole and the Primeknit upper are only marginally different, their textures being the one, sole distinction. What’s more, the cages and heel supports laid atop are also visually unique as their synthetics are treated to an opaque and glittery finish, respectively. Branding, laces, and the like blend into the palette all the same, while the outsole contrasts in its very subtle highlighter touch.

Grab a detailed look at this forthcoming option here and expect to see it at adidas.com and select retailers on February 4th for a $180 USD price tag.

In Yeezy news, the Yeezy Boost 380 Yecoraite is releasing next week. 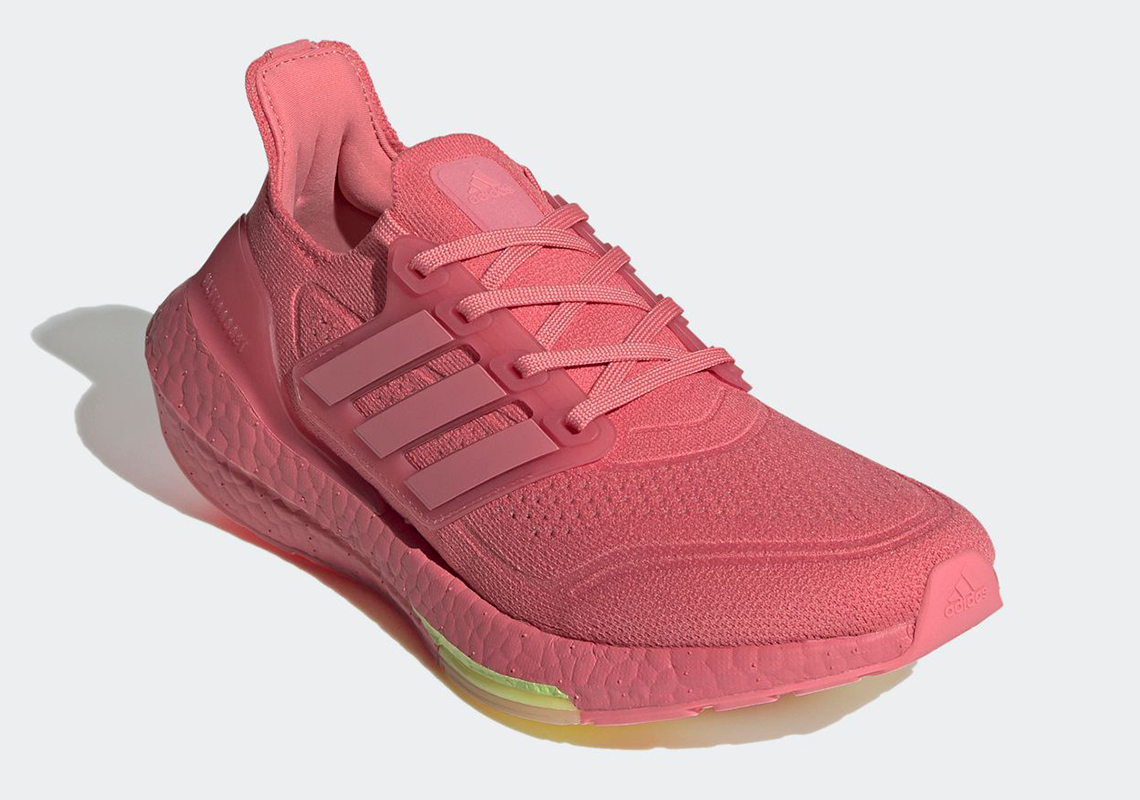 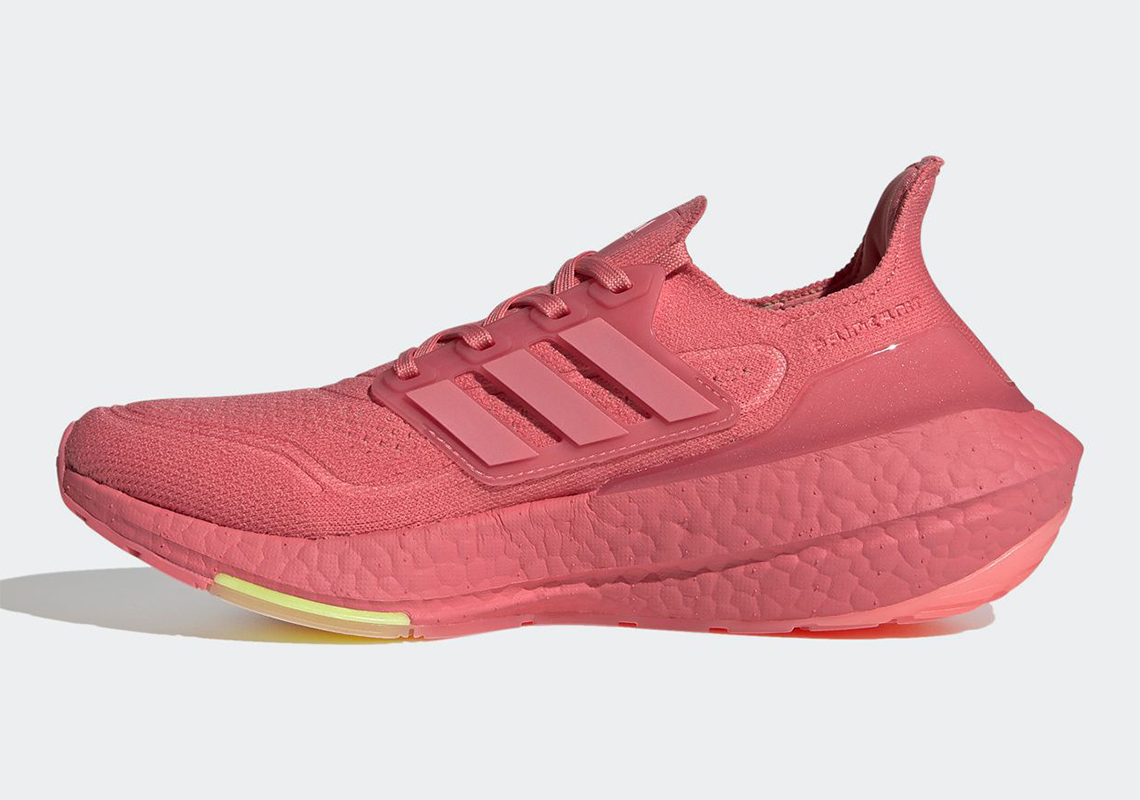 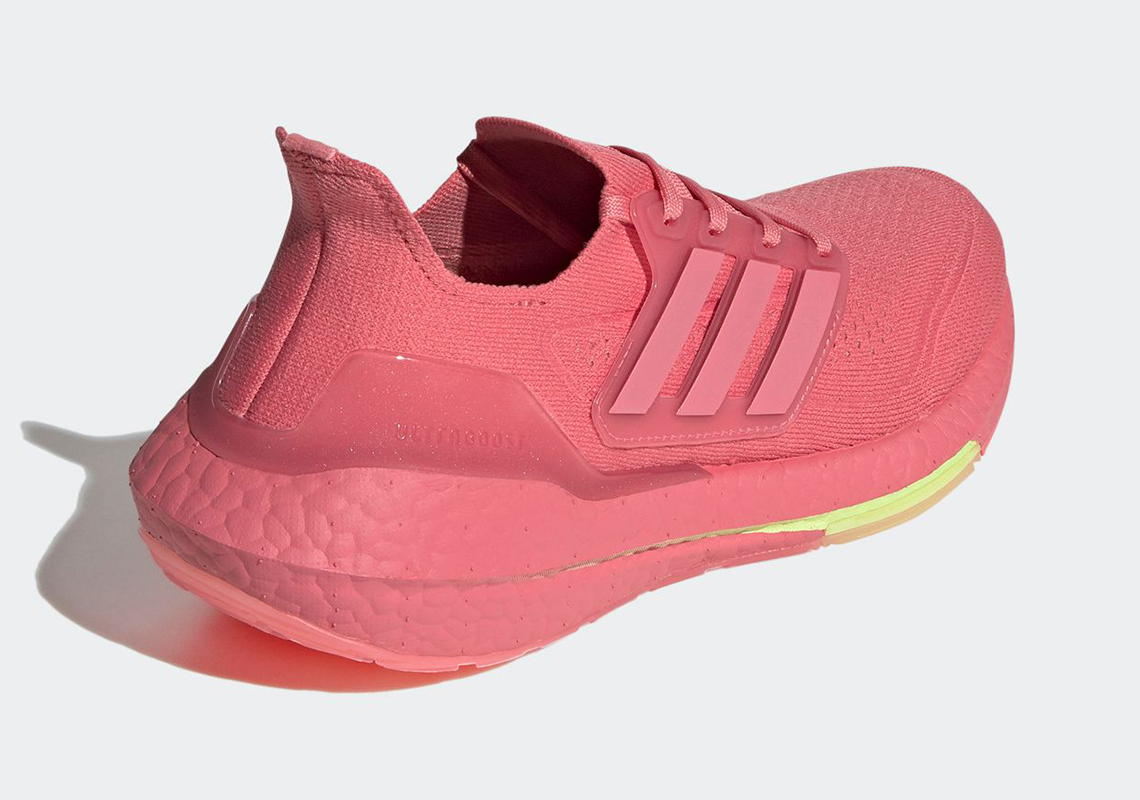 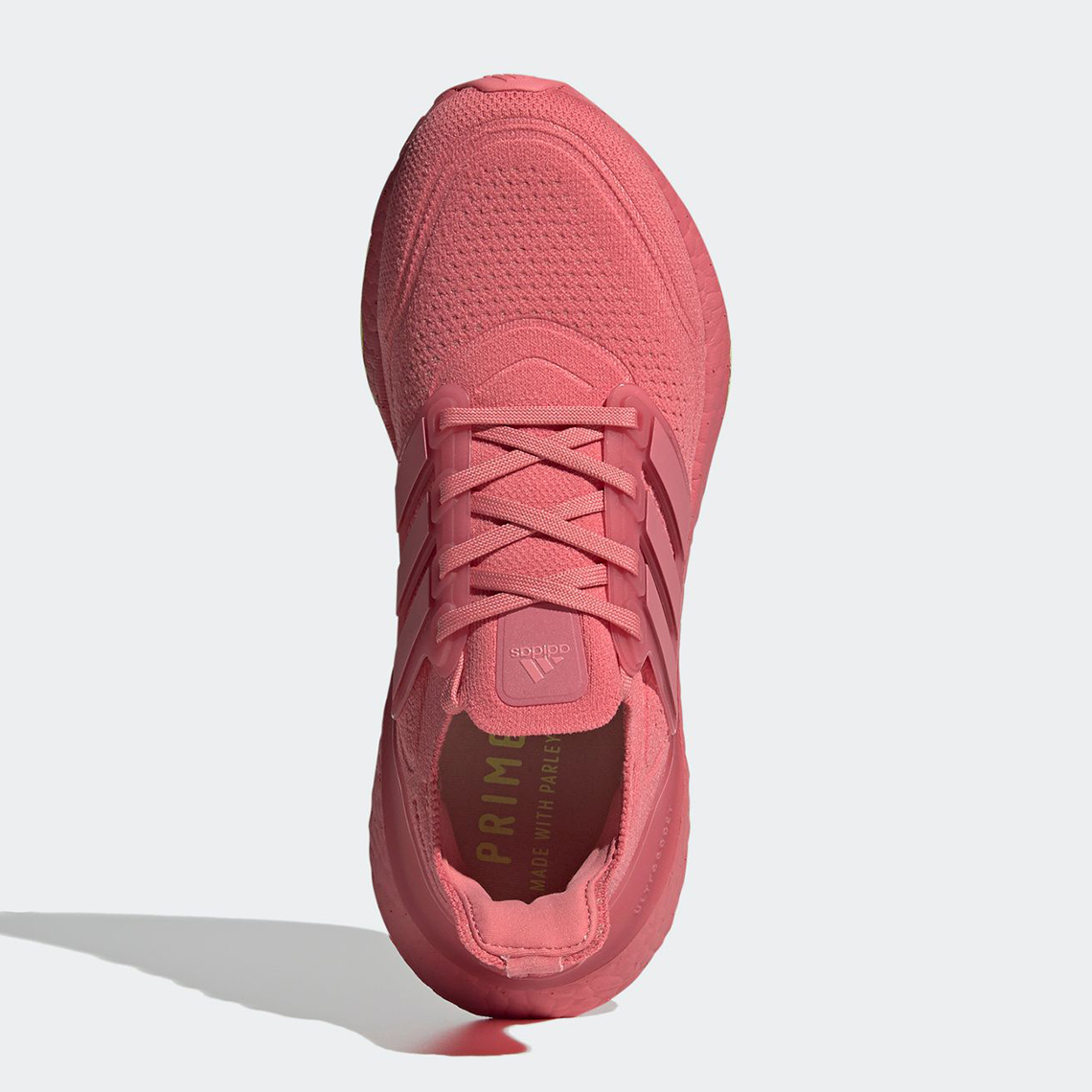 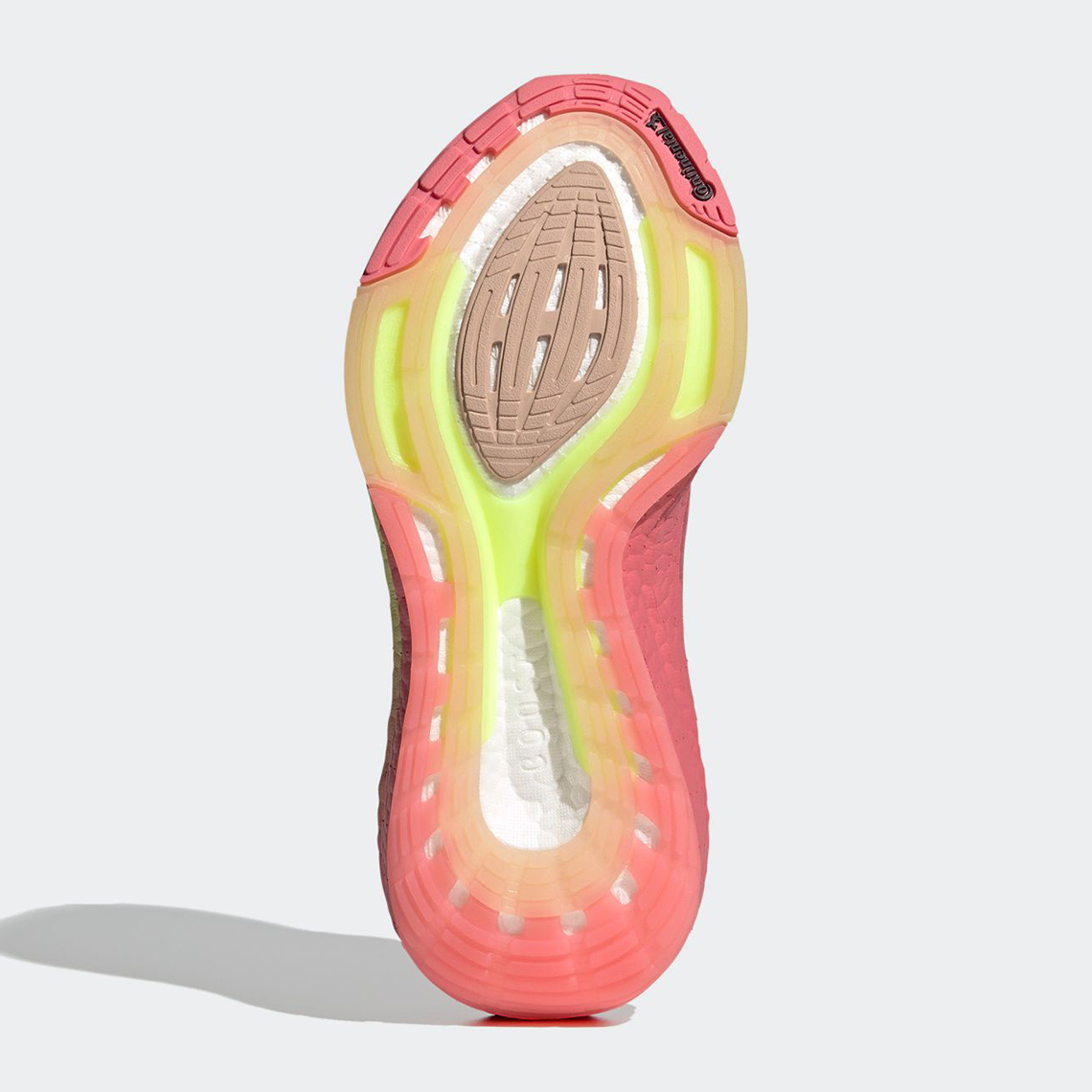 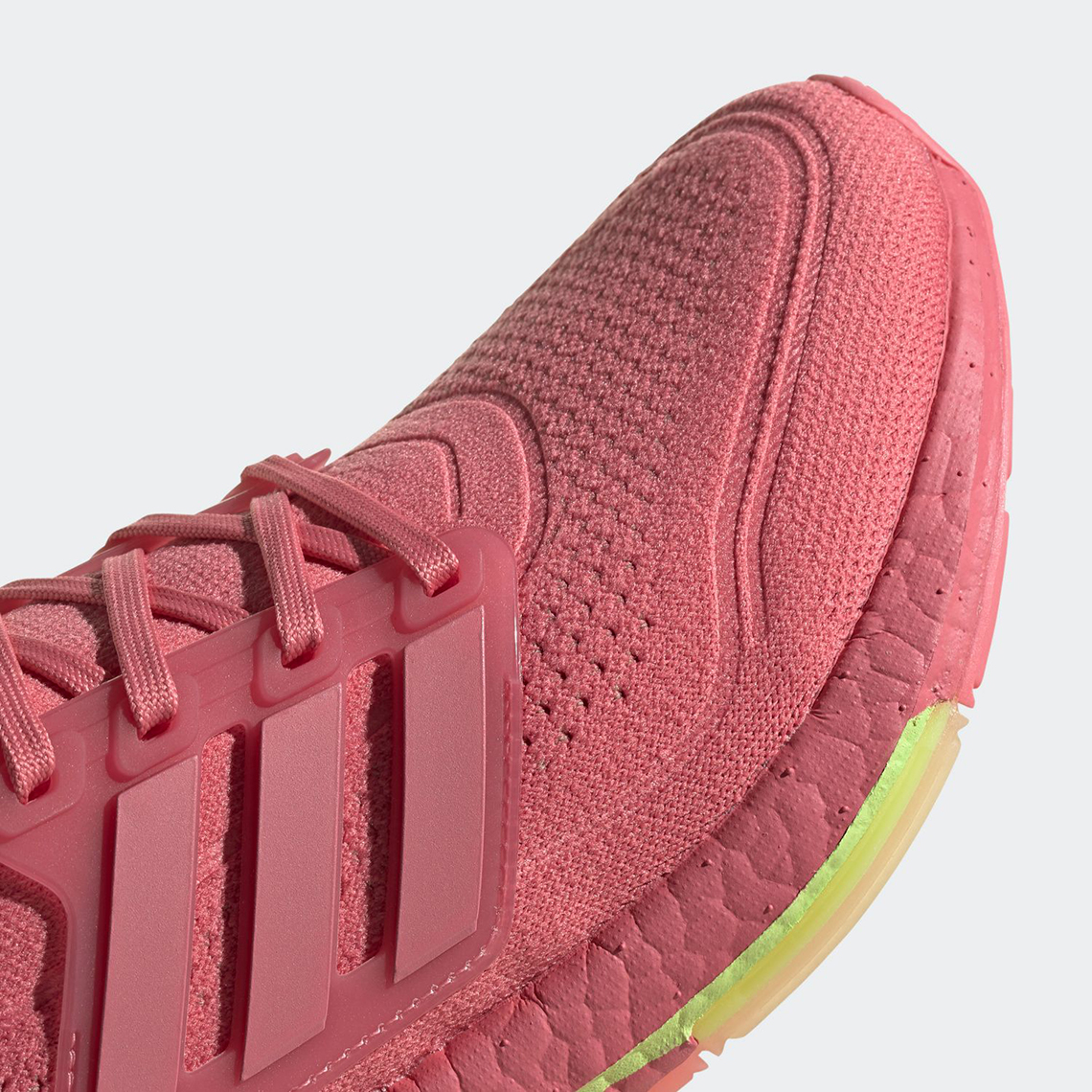 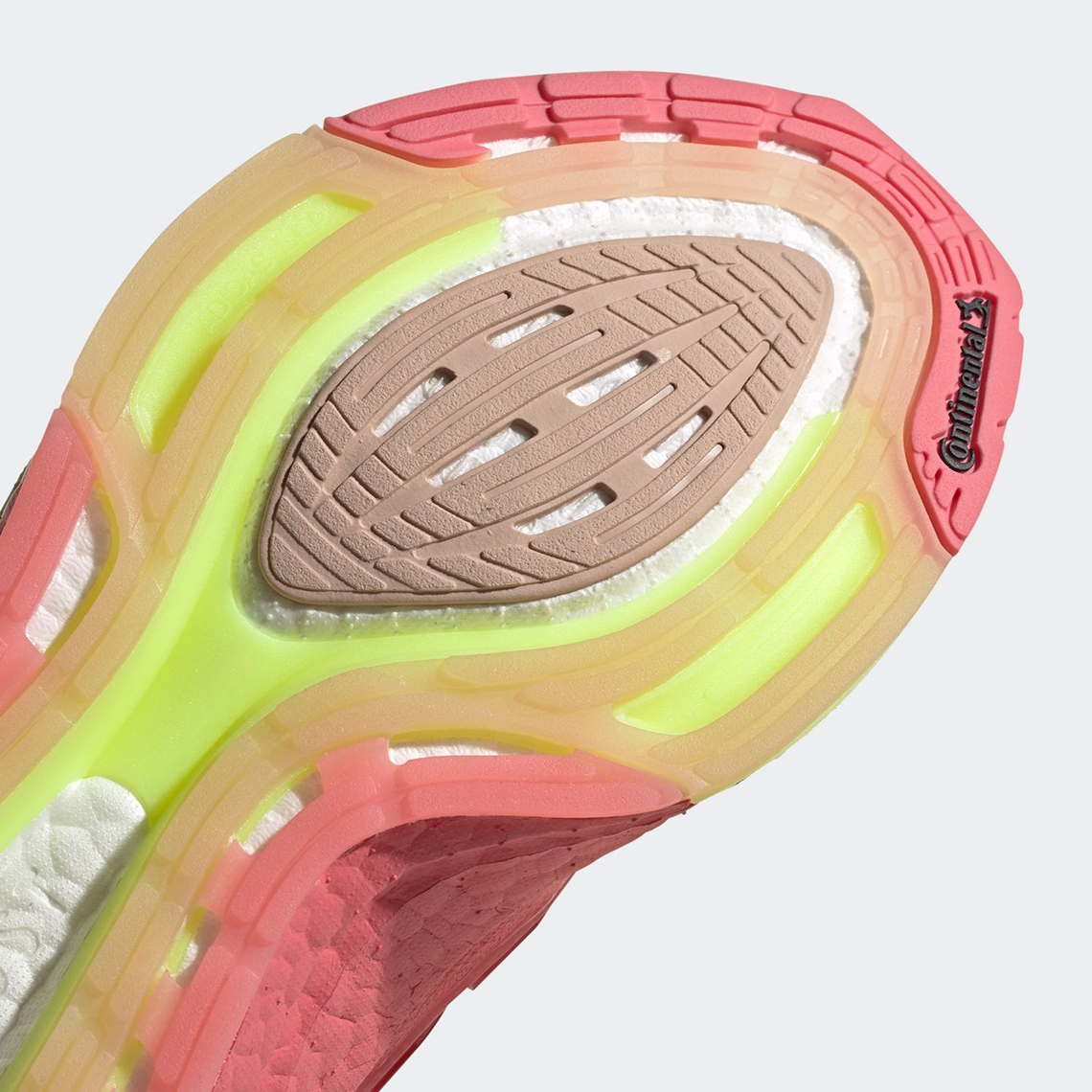