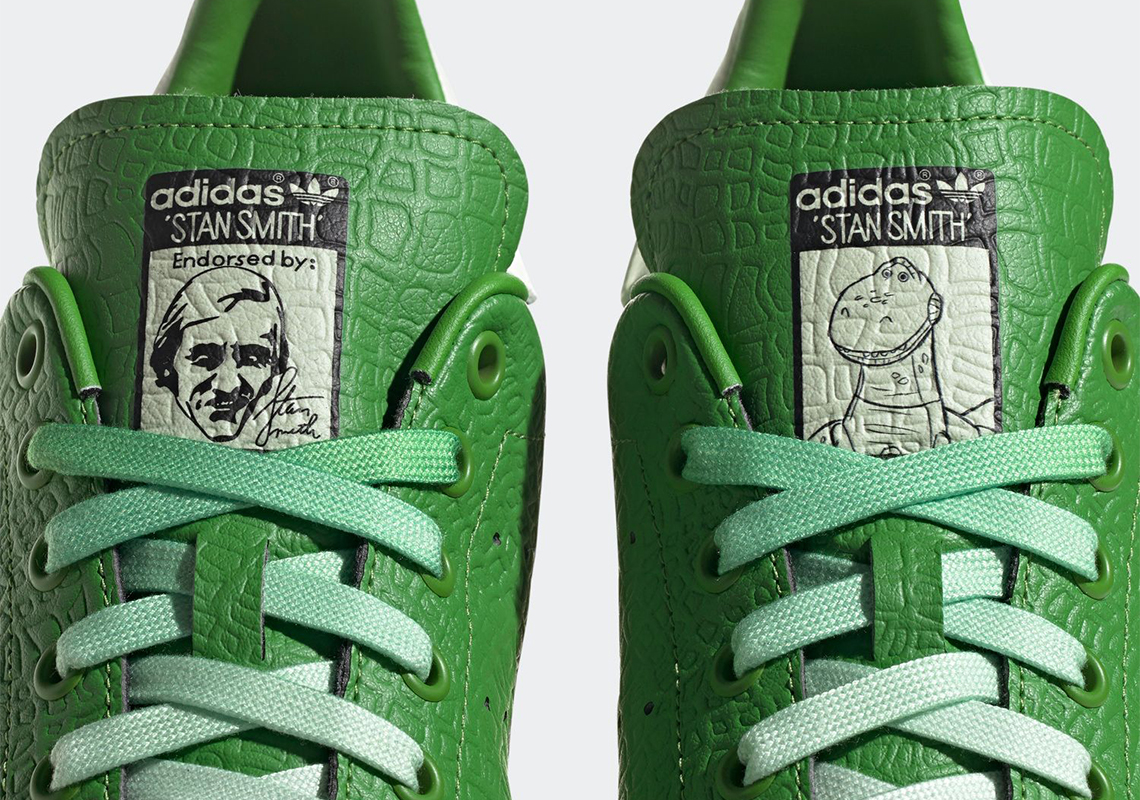 Although adidas may have more Star Wars-inspired pairs lined up for 2021, the Three Stripes is ostensibly starting its Disney collaborations of the new year with another franchise: Toy Story. The sequel’s true hero, Rex, introduces the forthcoming collection as he takes over the Stan Smith.

The Zurg-defeating dinosaur previously appeared on a Top Ten Hi, but his latest cameo is set to arrive for adults and not just children. Unsurprisingly, the low-top silhouette indulges in a rich green hue presented in scale-like fashion throughout the upper. Sole units boast an opaque finish, which enables the aforementioned tone to revel in the spotlight that much more. Trefoil logos on the heel are accompanied y “being green” messaging, while the model’s endorser is replaced with a graphic of Rex on the left shoe’s tongue.

An official adidas.com launch is unknown, but the iconic sneaker’s Toy Story-inspired take is likely to launch ahead of November, the month the original movie celebrates its anniversary. In the meantime, enjoy official images of the pair ahead.

For more from the Three Stripes, check out the confirmed and rumored 2021 Yeezy release dates. 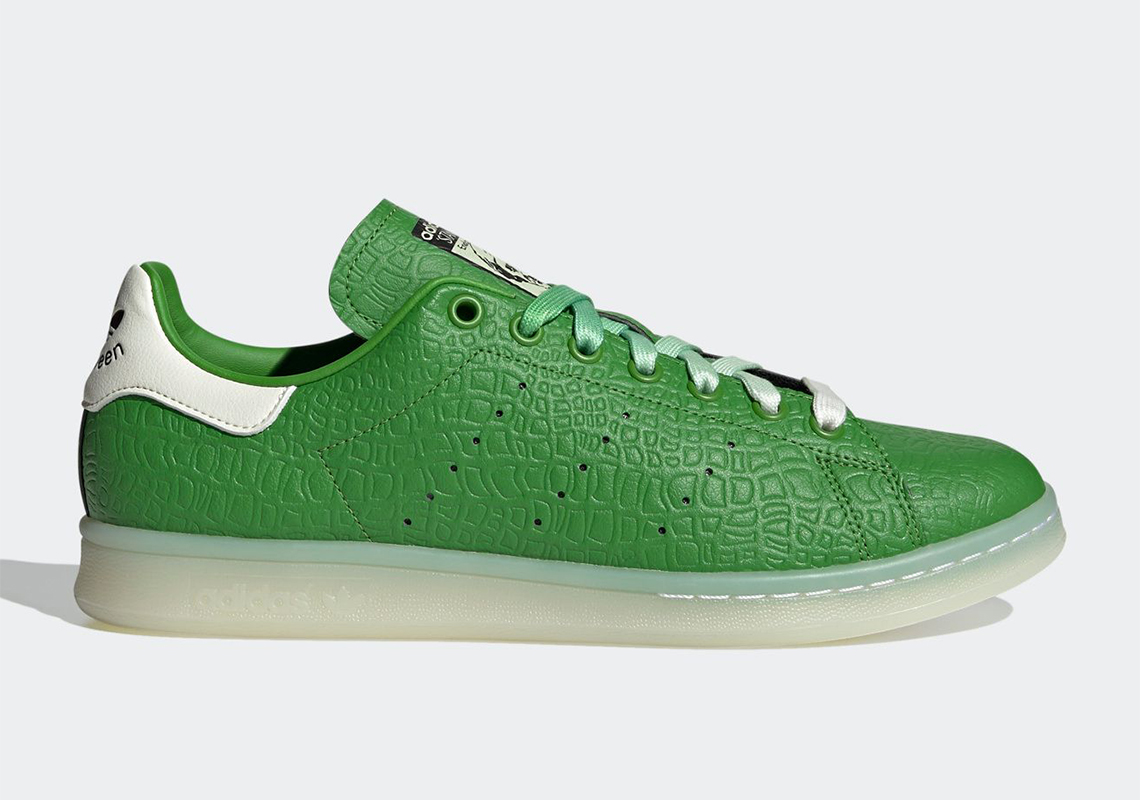 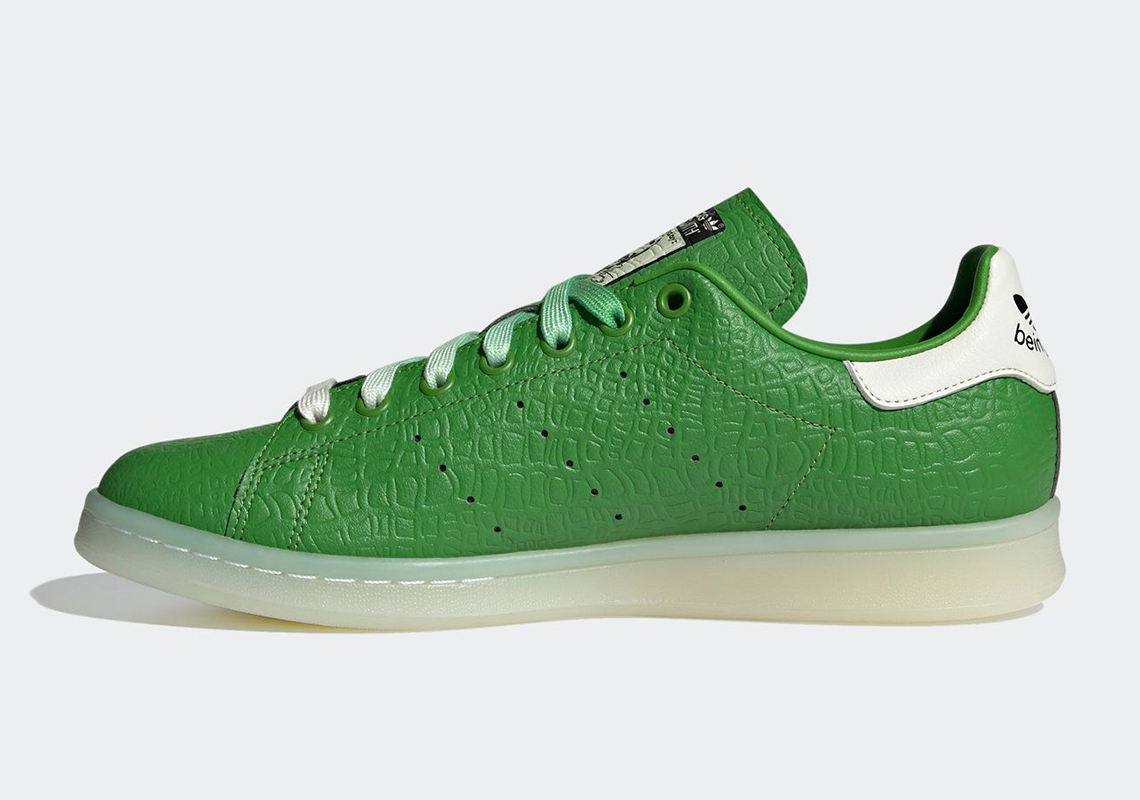 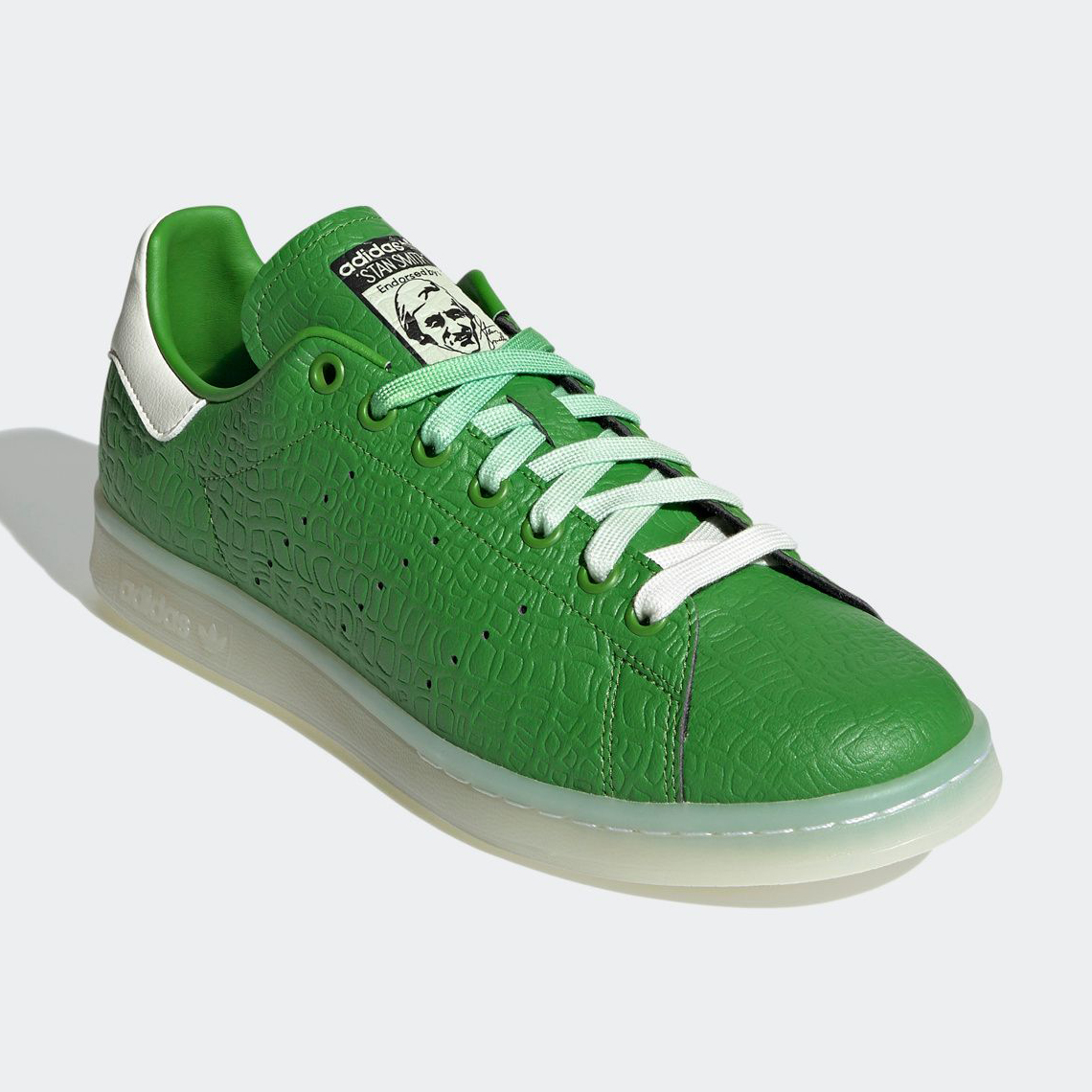 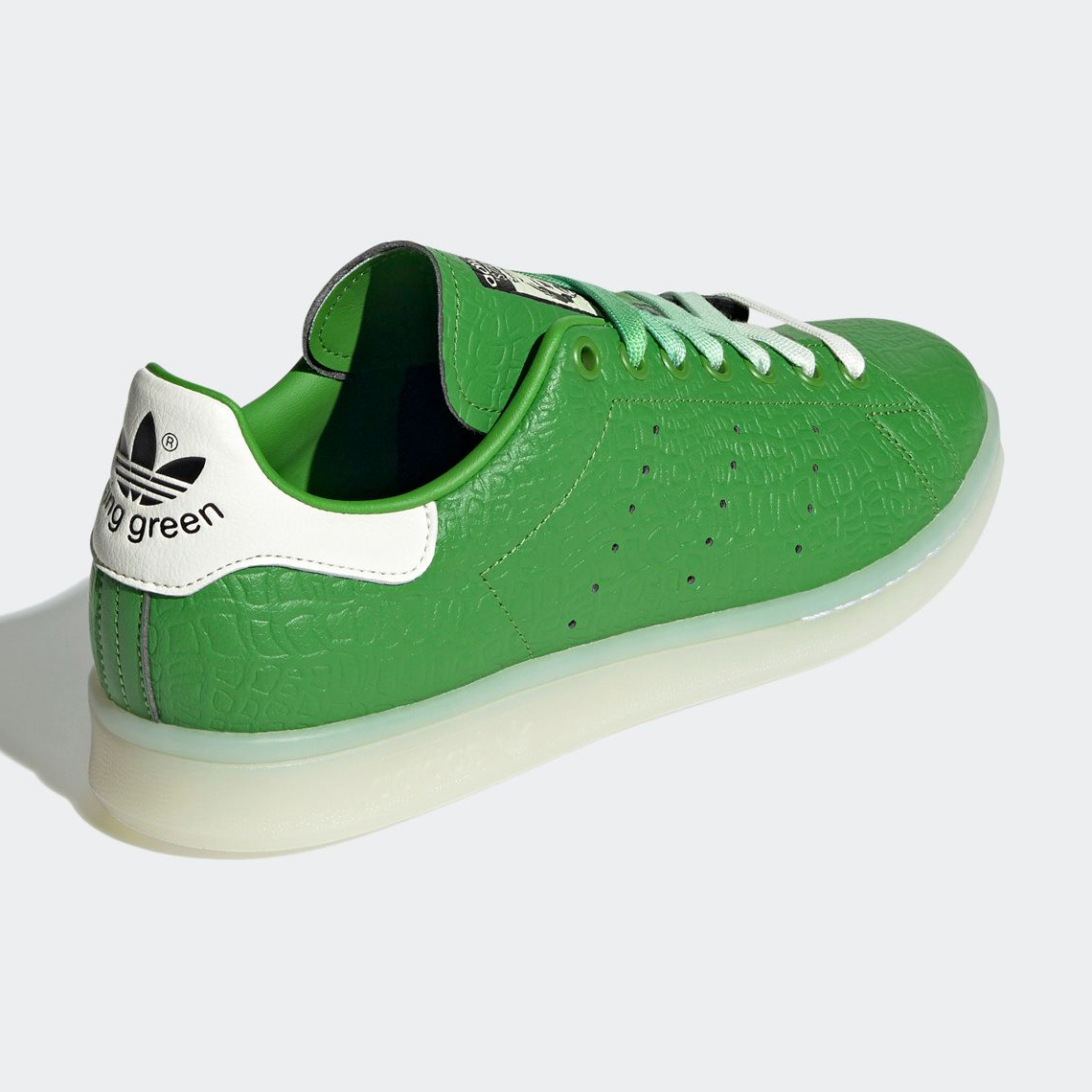 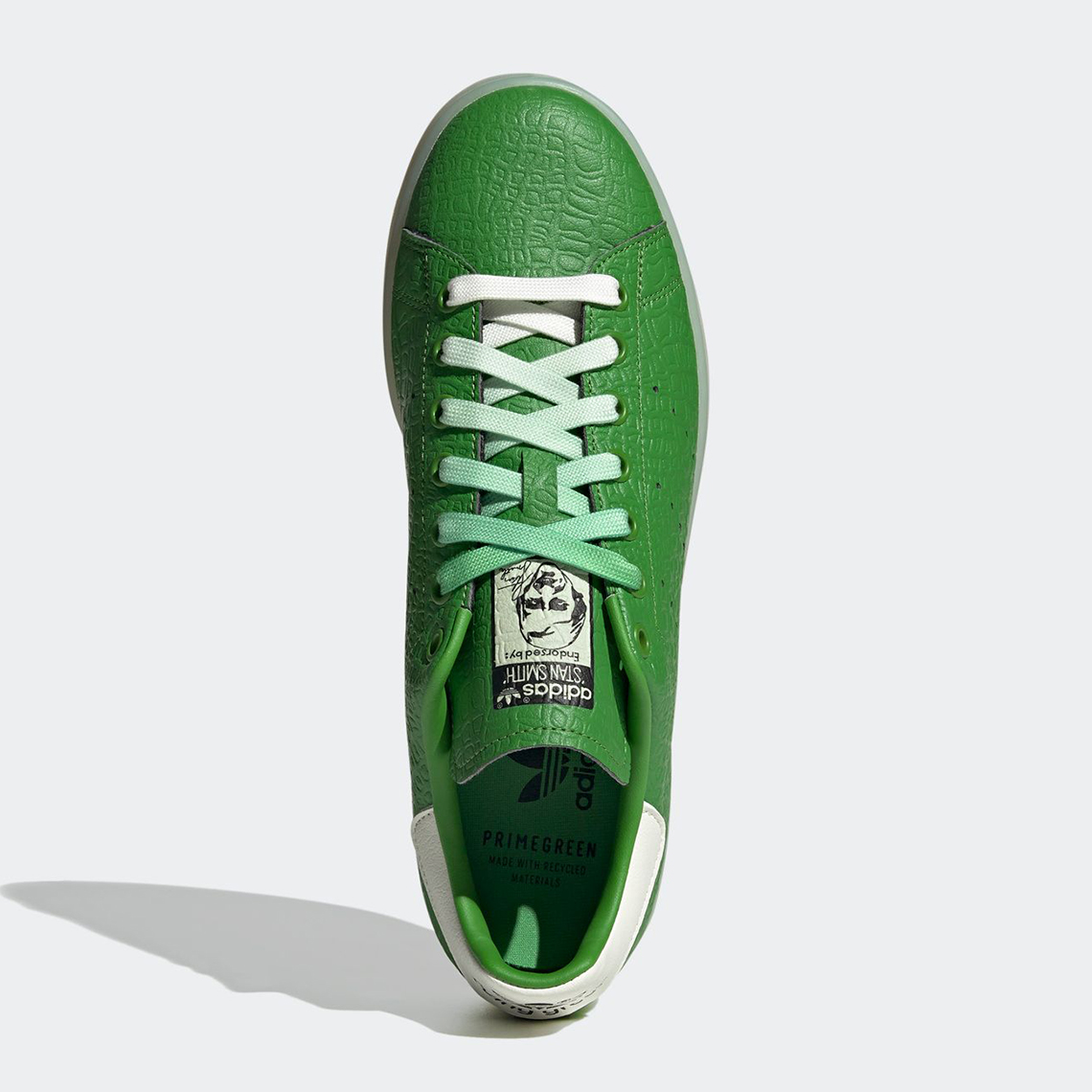 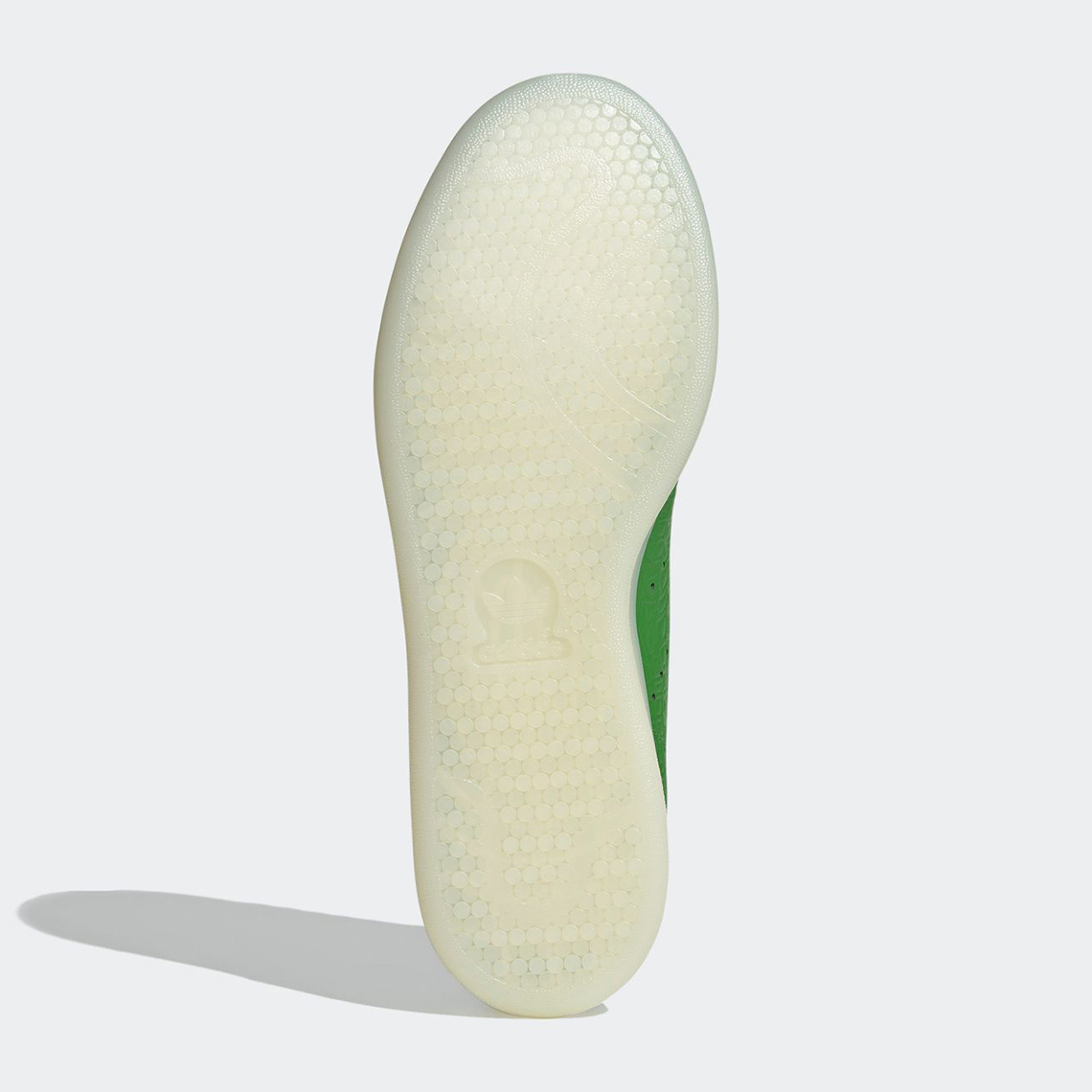 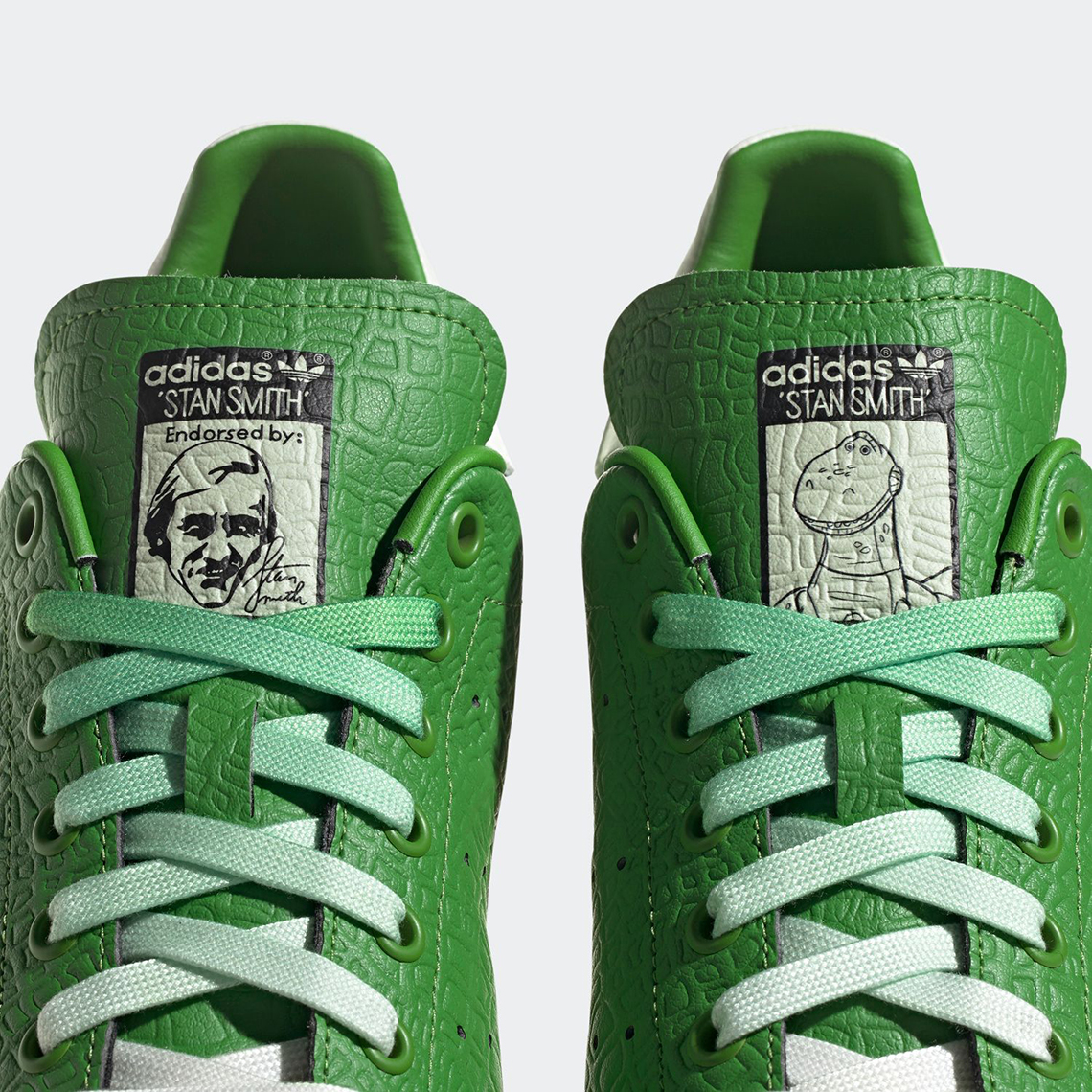 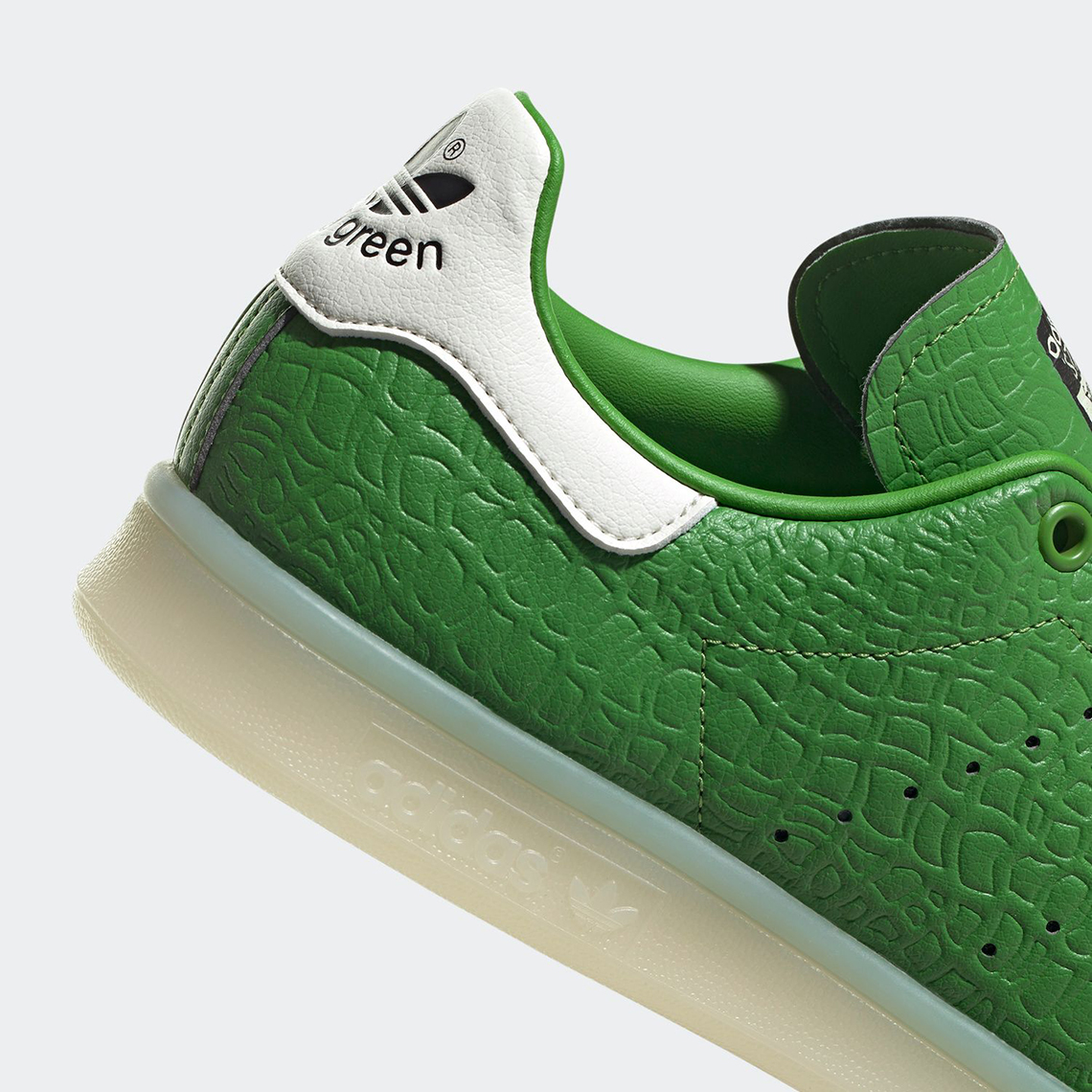