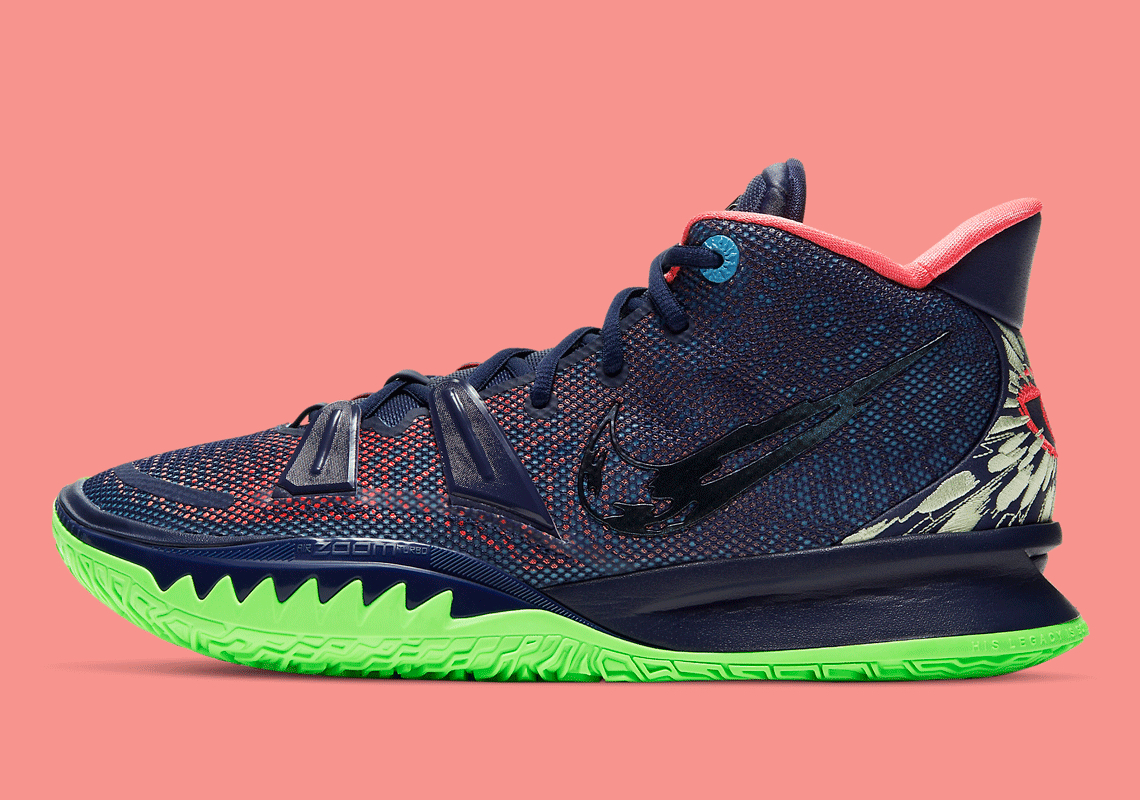 A lot of noise has derived from the NBA 2020-21 season already, but stellar performances by Stephen Curry, LeBron James and others have arguably been overshadowed by news surrounding Kyrie Irving‘s seven consecutively missed games. As the 28-year-old rejoins his new Brooklyn Nets squad as it heads to Cleveland, another colorway of his Nike Kyrie 7 has emerged.

While still set to launch as part of the Nike Rayguns collection, the newly-surfaced pair forgoes a predominantly “Black” color scheme in favor of a palette comprised of shades of navy, vibrant green and pink. Lateral side swooshes indulge in a fragmented aesthetic, while spines boast an eye-catching set of embroidered eyes. Underfoot, Irving’s latest basketball sneaker furthers its bold design as multi-directional tread is clad in a seemingly fluorescent shade of green.

Enjoy official images of the guard’s next pair here below, and anticipate Irving lacing them up alongside new teammate James Harden soon.

For more from Nike Basketball, check out the Kobe 6 Protro “All-Star” set to launch before 2021 ends. 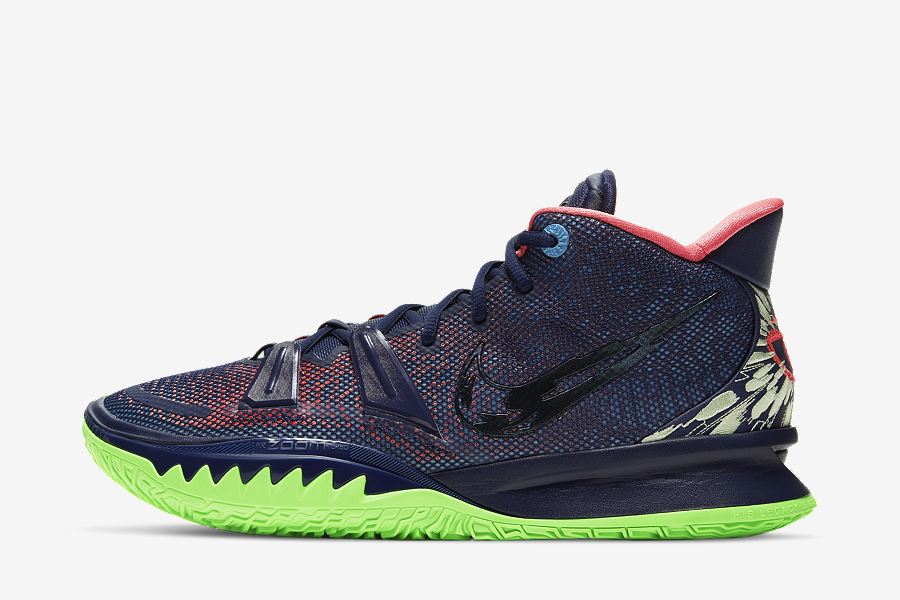 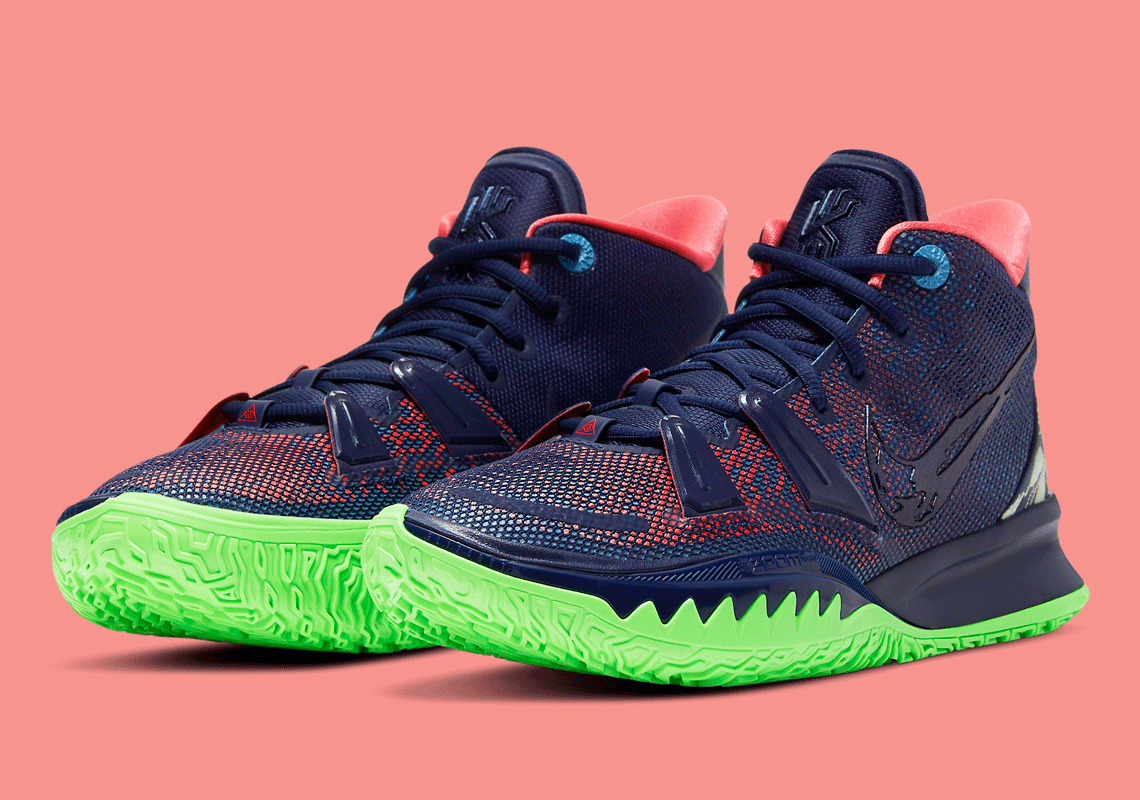 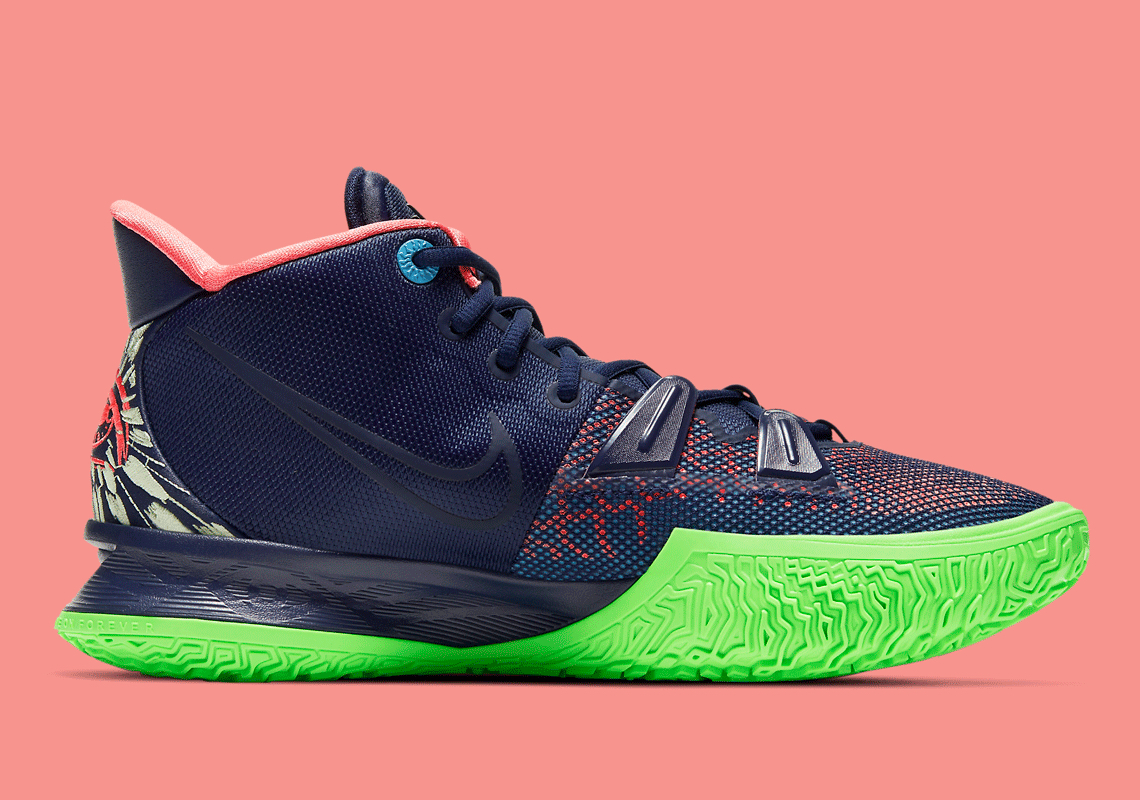 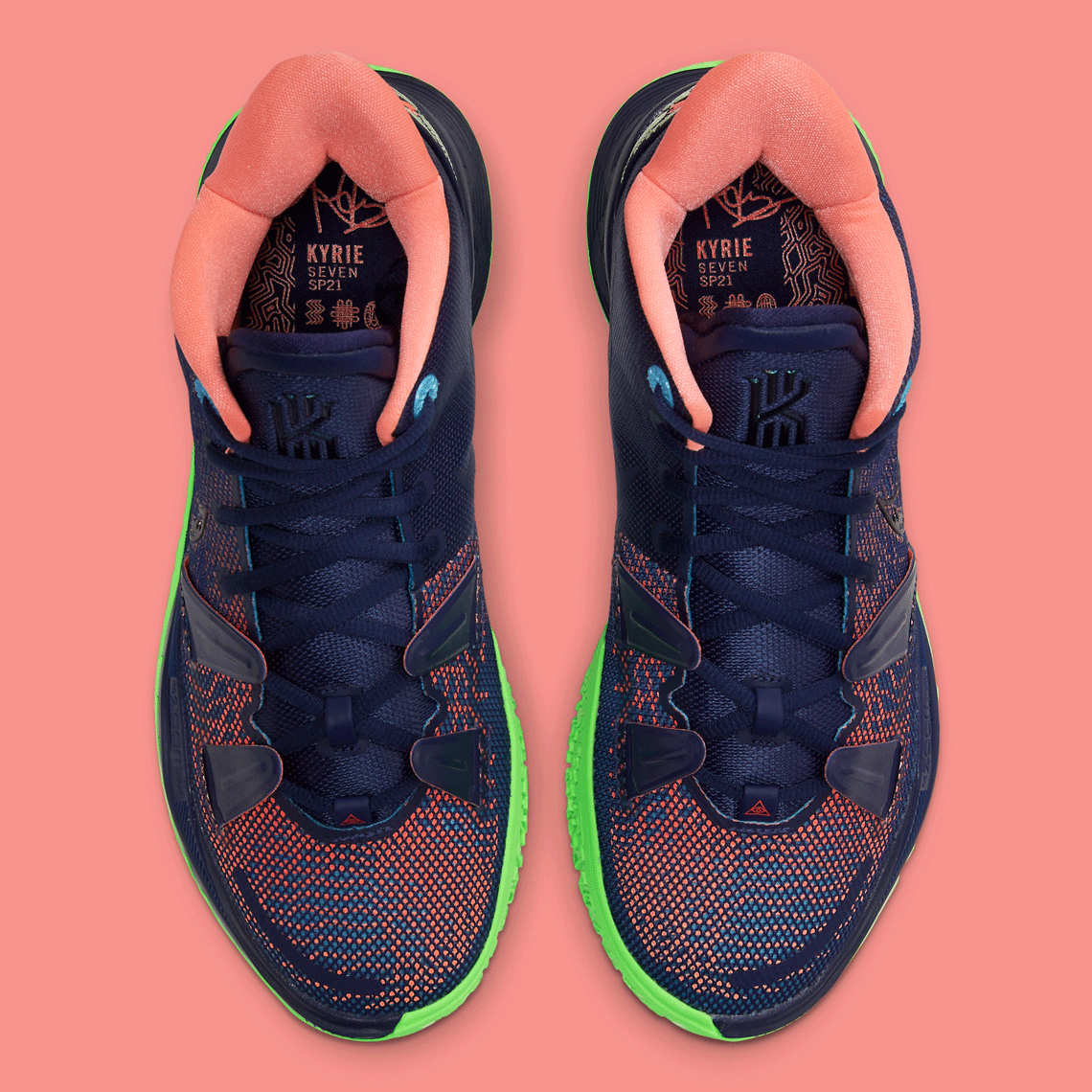 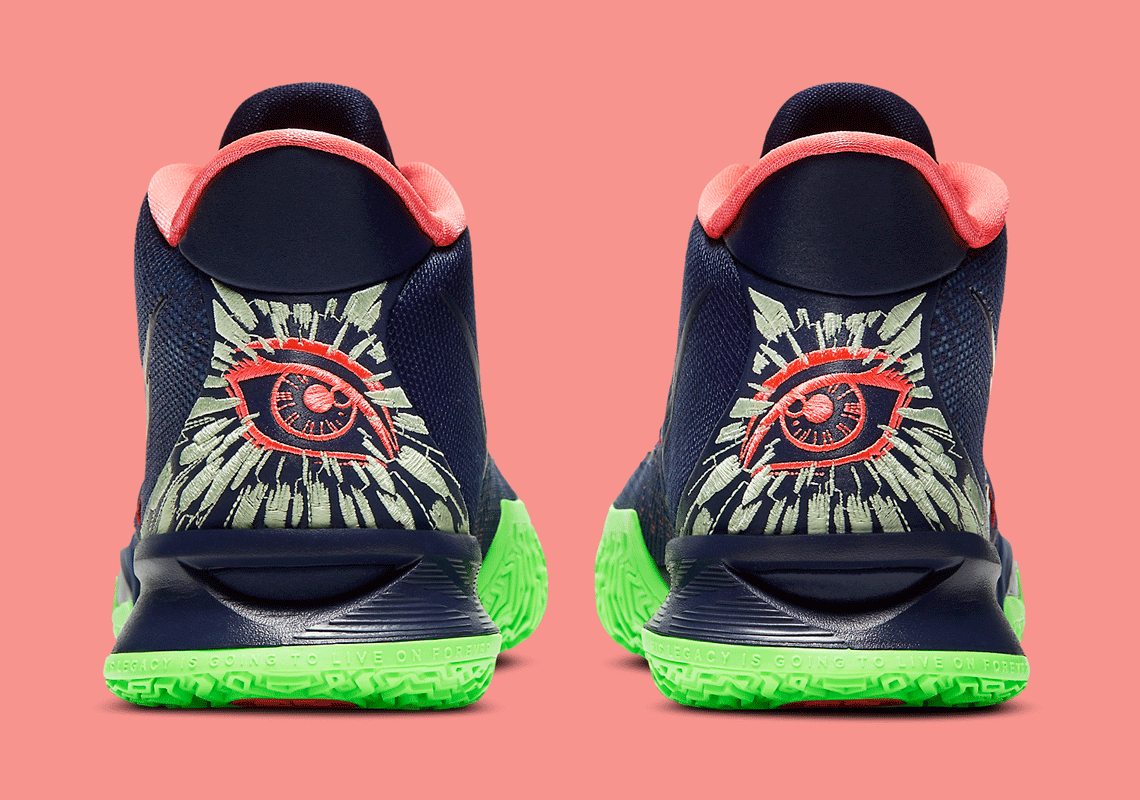 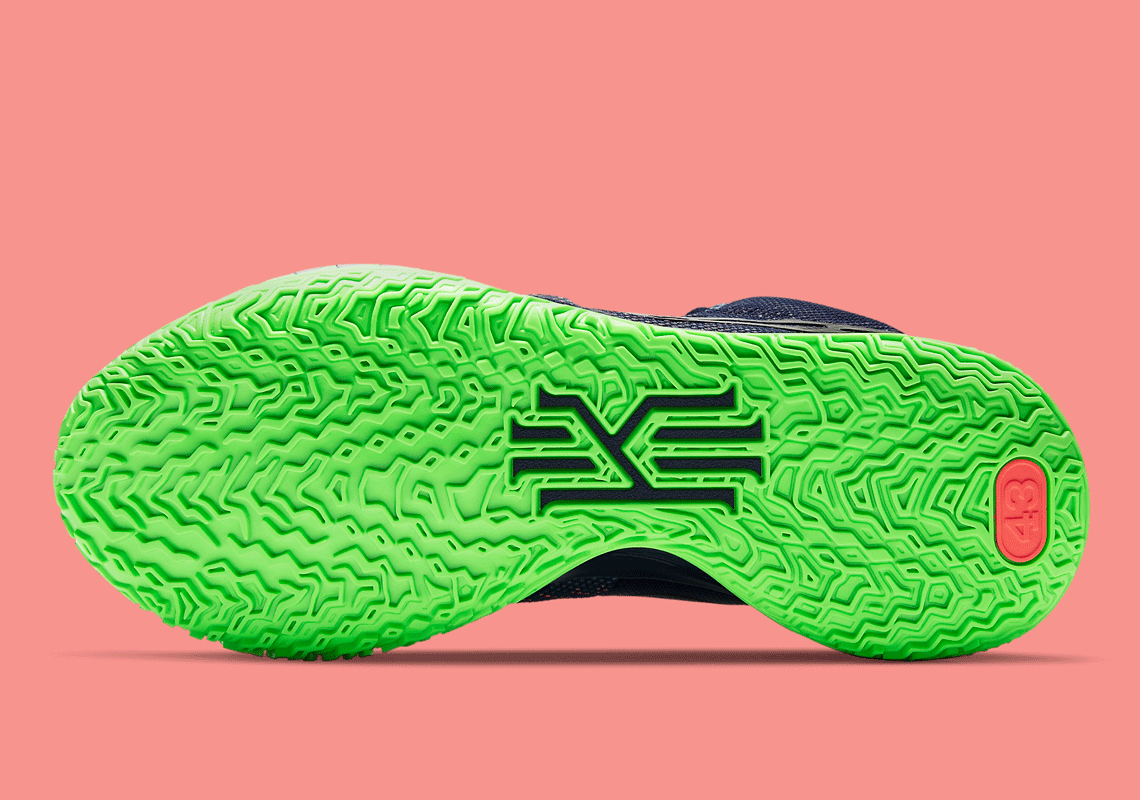 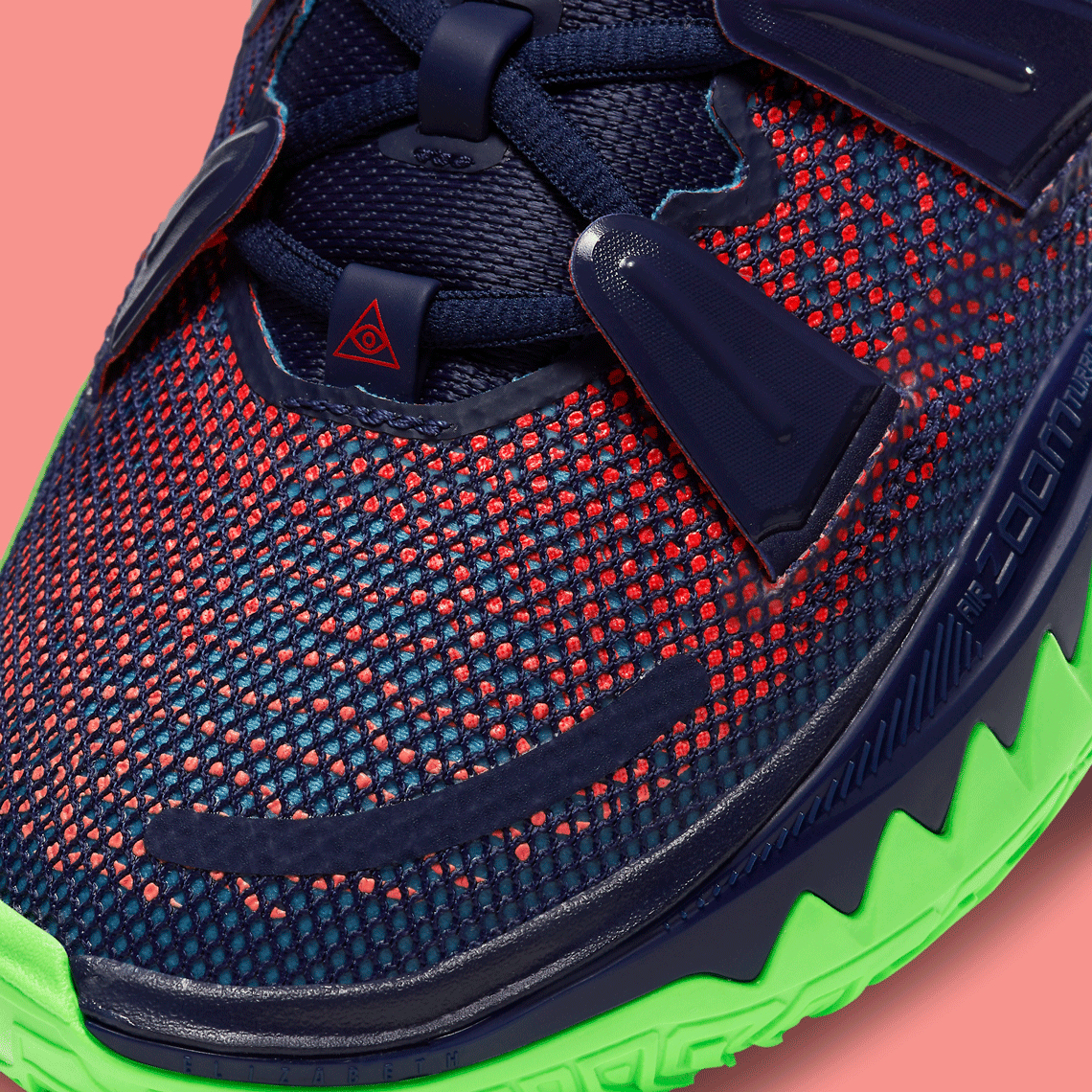 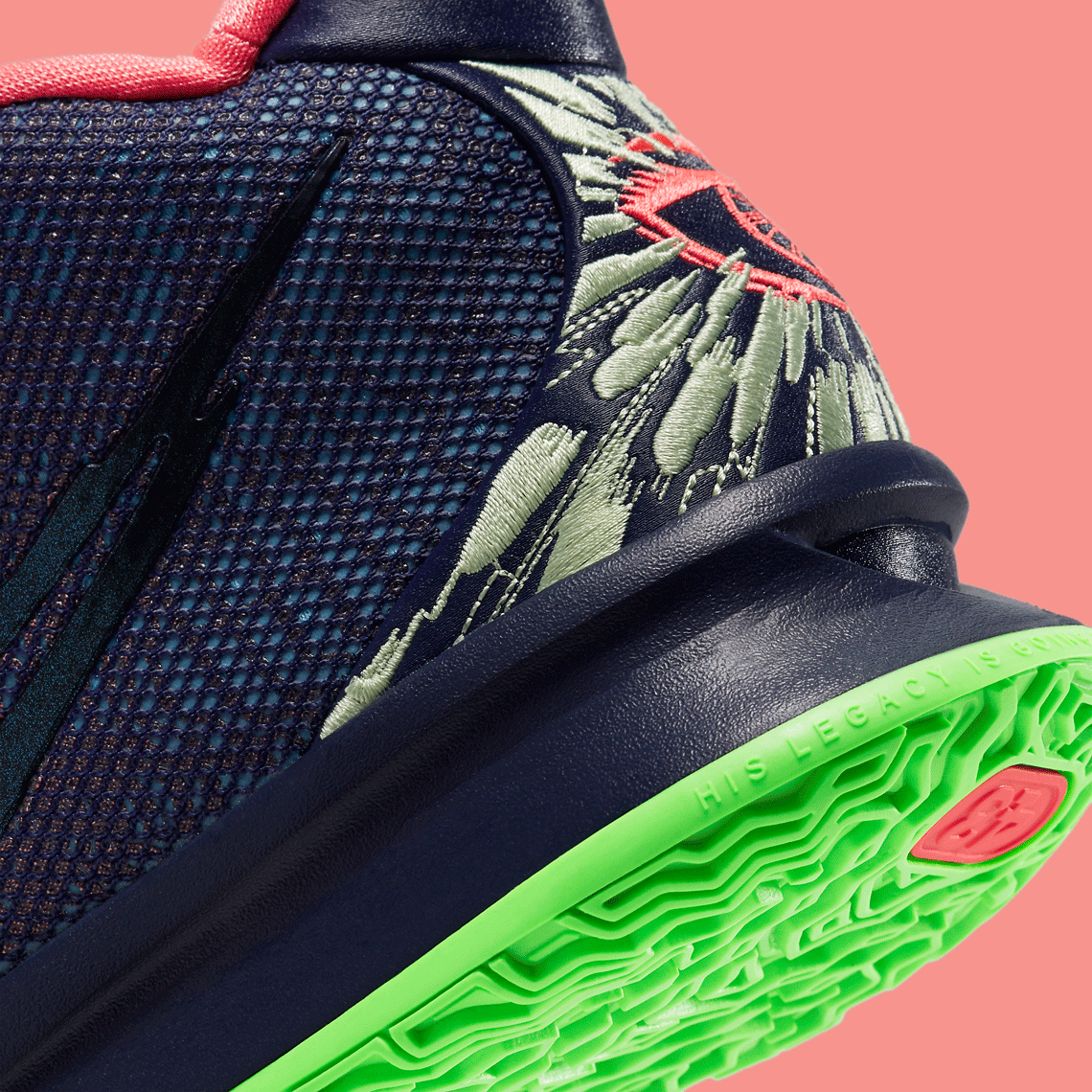