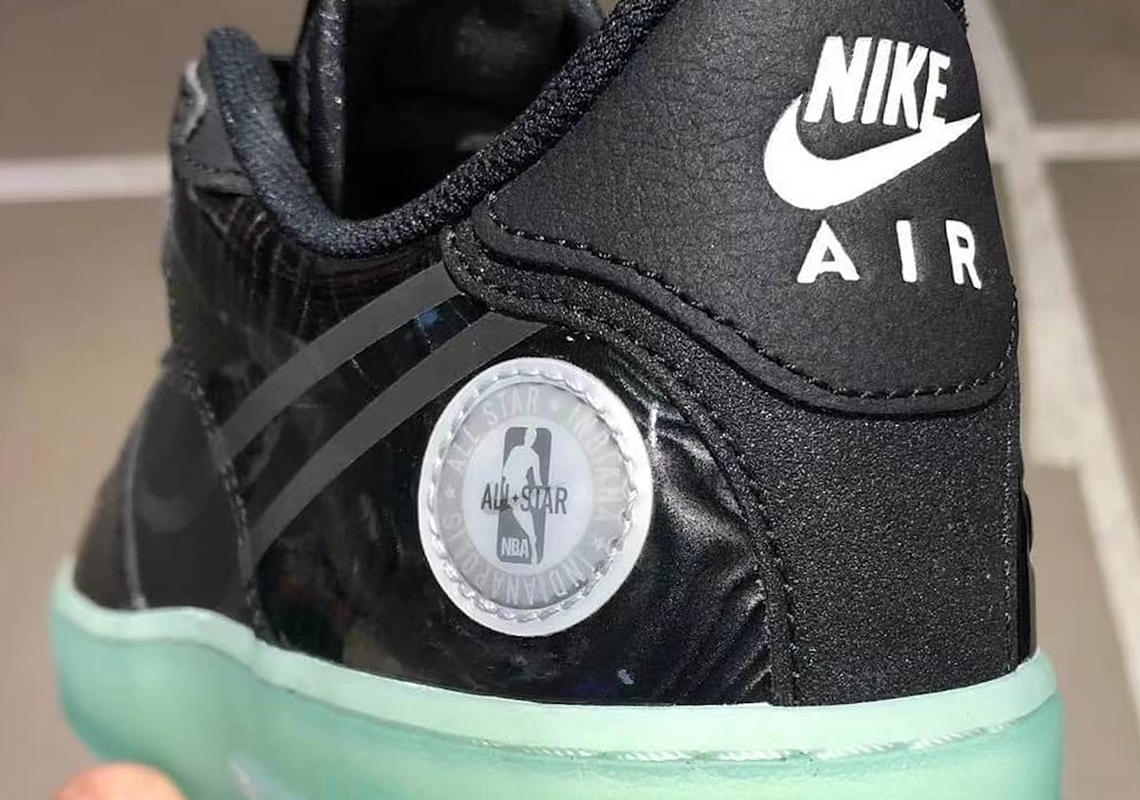 While the Nike Dunk High “All-Star” finally gets a release date, more is being unveiled regarding the rest of the commemorative collection. An Air Force 1 React in a strikingly similar colorway is joining the lineup, complete with glossy details and NBA emblems as we near All-Star Weekend.

The wholly black body consists of leather uppers and high-shine, wavy textured overlays that were seen on the Dunk High. An oversized Swoosh outline in matte black is printed atop. A holographic patch representing the Indiana-hosted event is stitched on the hindfoot. To replicate the black-and-green color scheme of the revealed pair, the sole unit is constructed of a translucent green rubber for an “icy” finish. The use of a dark body and green sole unit is comparable to the OBJ Air Force 1 Low Utility released back in 2018.

While an official release date has yet to be announced, expect the pair to drop at Nike.com in the coming weeks for $120.

For more on the Force, say hello to a new name tag-inspired Air Force 1. 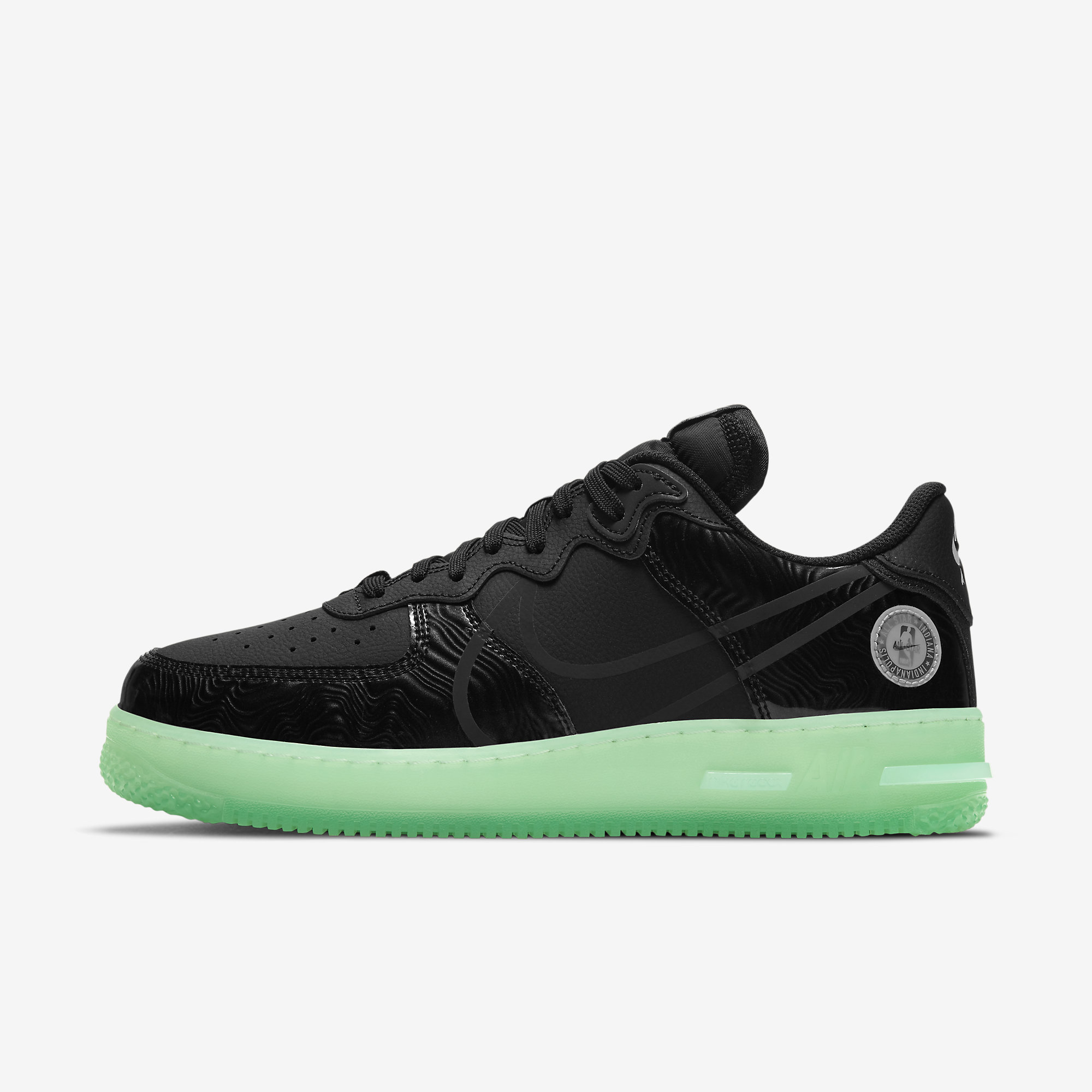 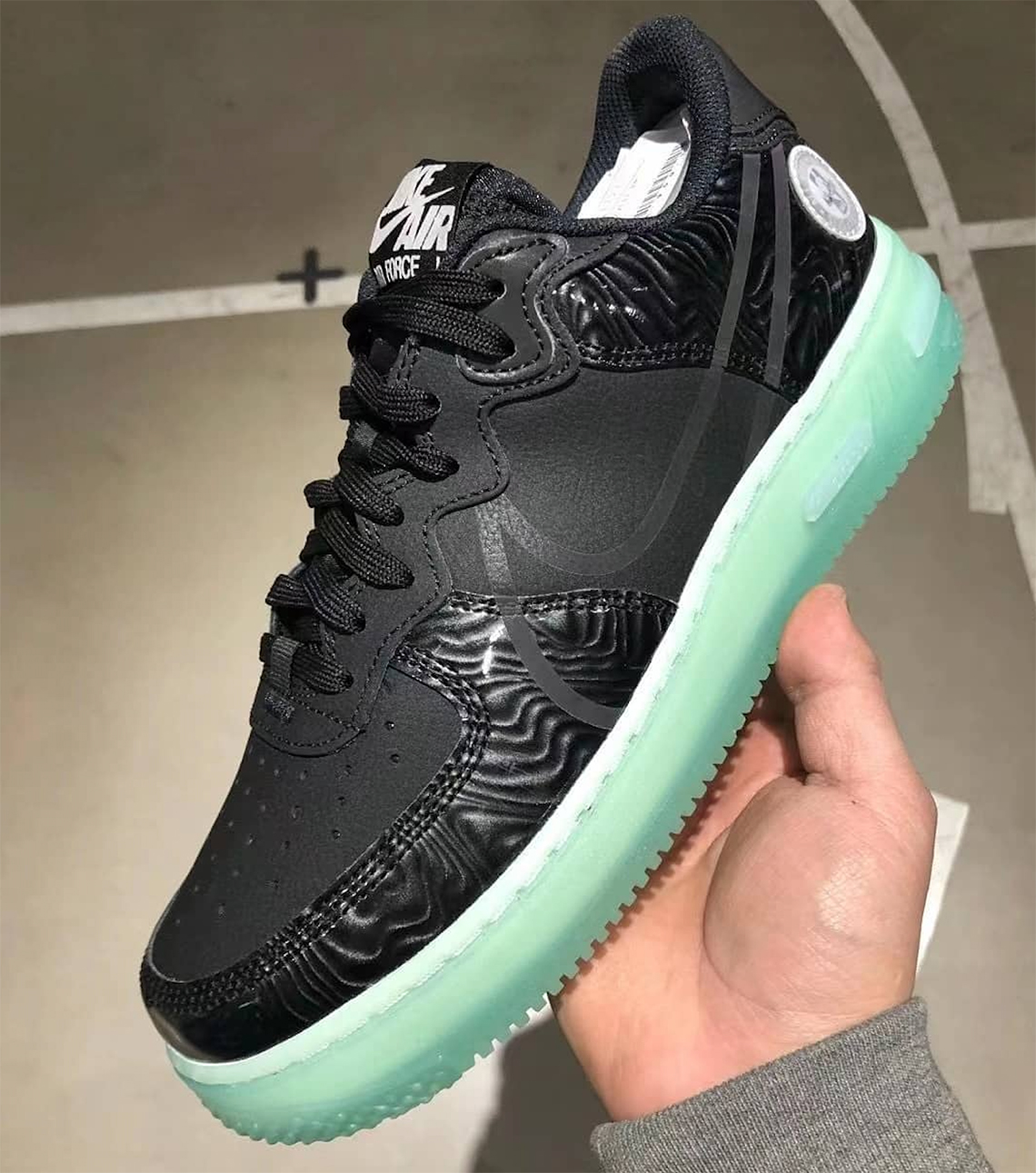 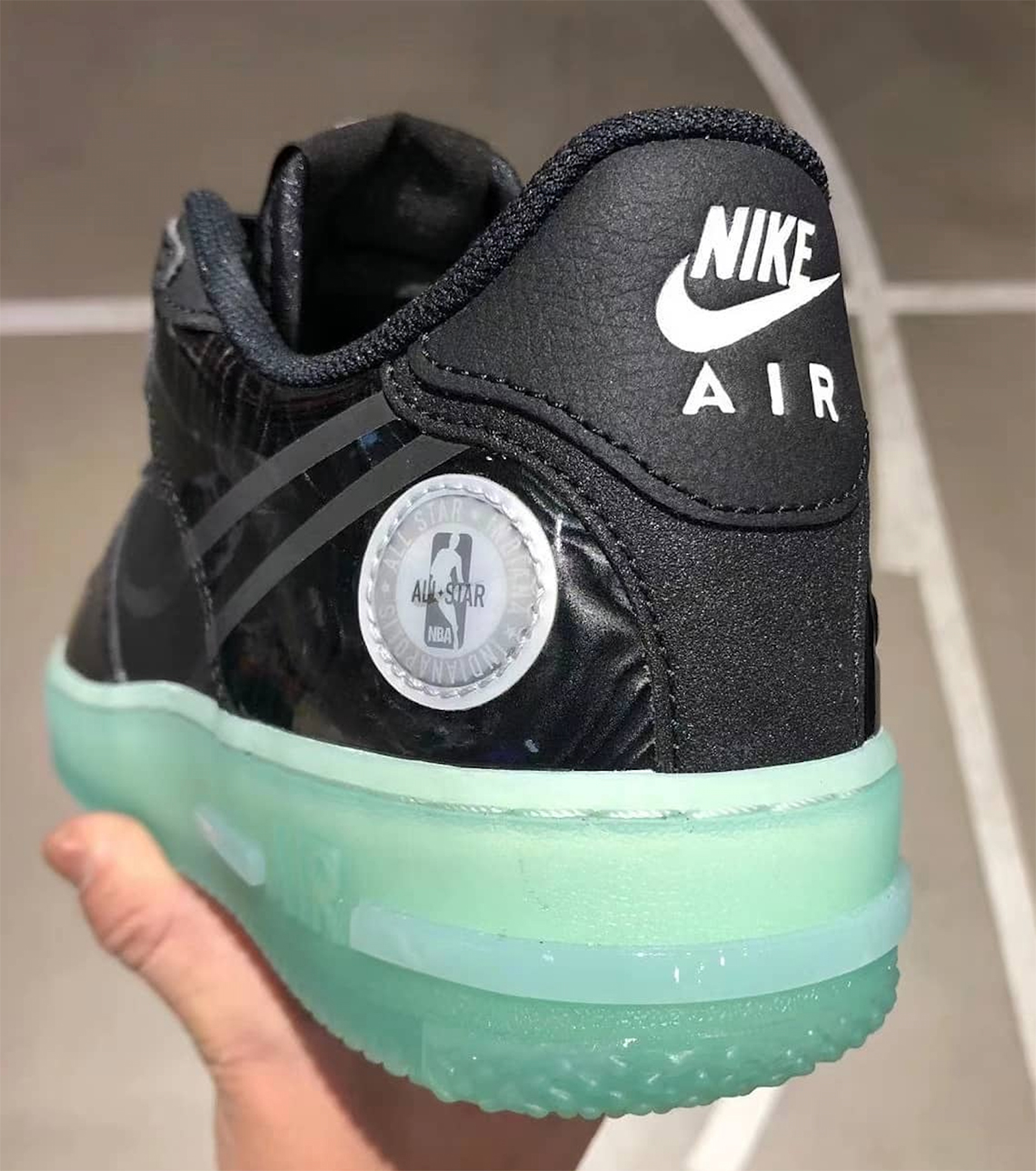