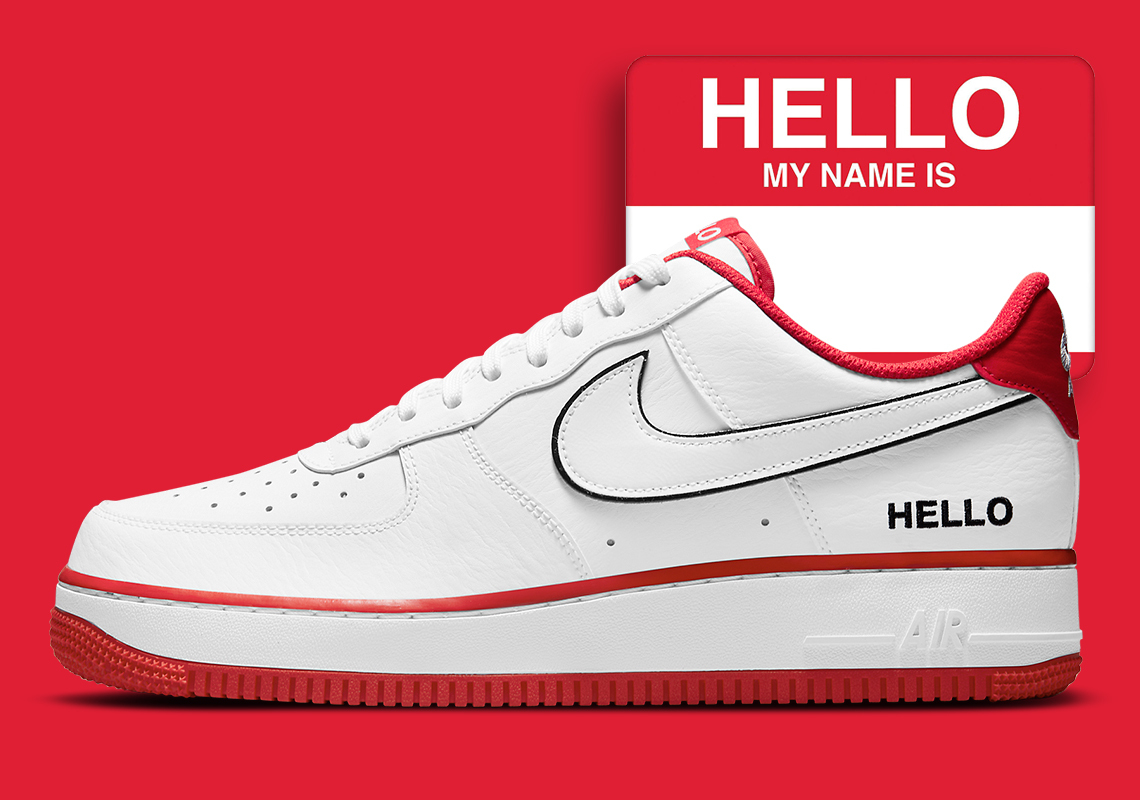 Nike Greets You With The Air Force 1 Low “Name Tag”

The Nike Air Force 1 has mastered the art of concurrently delivering styles for all types of tastes, as it seems to off-set every simple, timeless arrangement with a more experimental one. The latter category has recently added a name tag-reminiscent ensemble to its roster.

As with previously-seen iterations of Bruce Kilgore’s 1982-design, a blend of “White” and “University Red” take over the iconic upper and sole unit, with the understated tone setting the stage for the bold hue. Profile swooshes deviate from the duo with their black outline – potentially inspired by Sharpie marker writing; “HELLO” text on the lateral heel indulges in the same tone, but is embroidered onto the panel. The networking-social greeting appears on the sock-liner as well, but its appearance on the tongue recreates the two-tone name tags commonly worn at conferences and other professional social gatherings.

For more from the Swoosh, check out the Air Jordan 1 “Silver Toe” set to launch on February 12th. 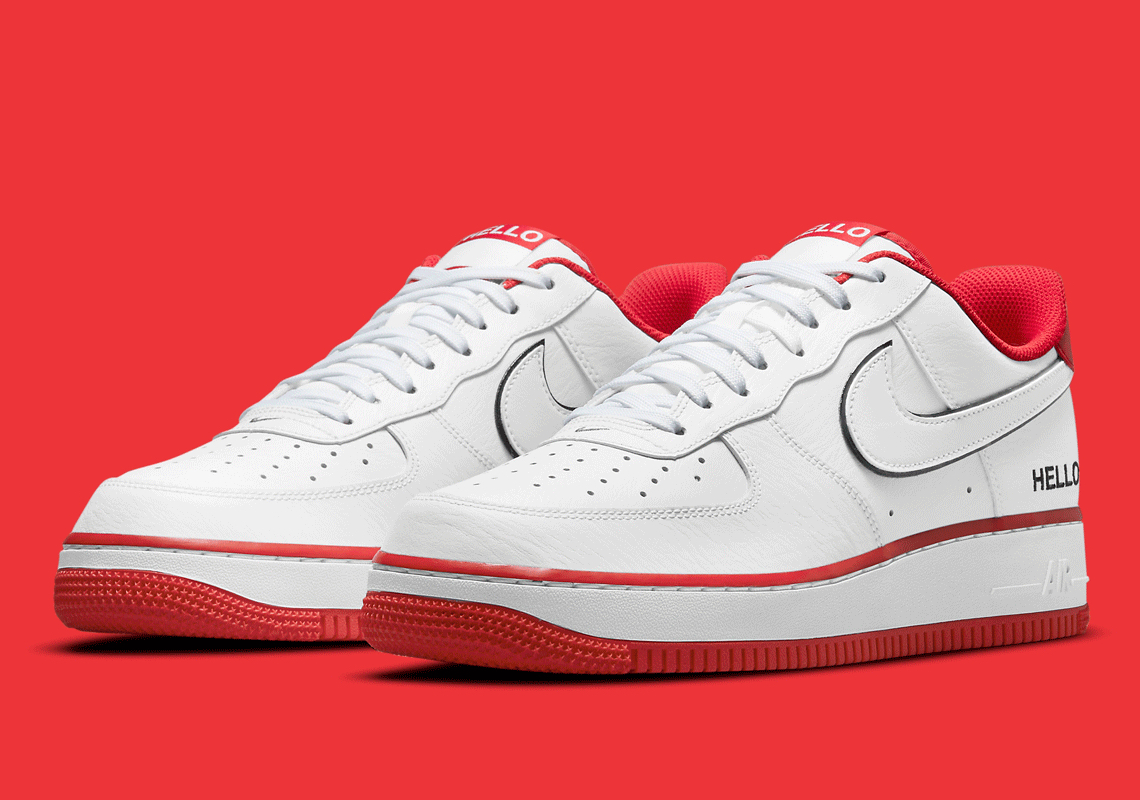 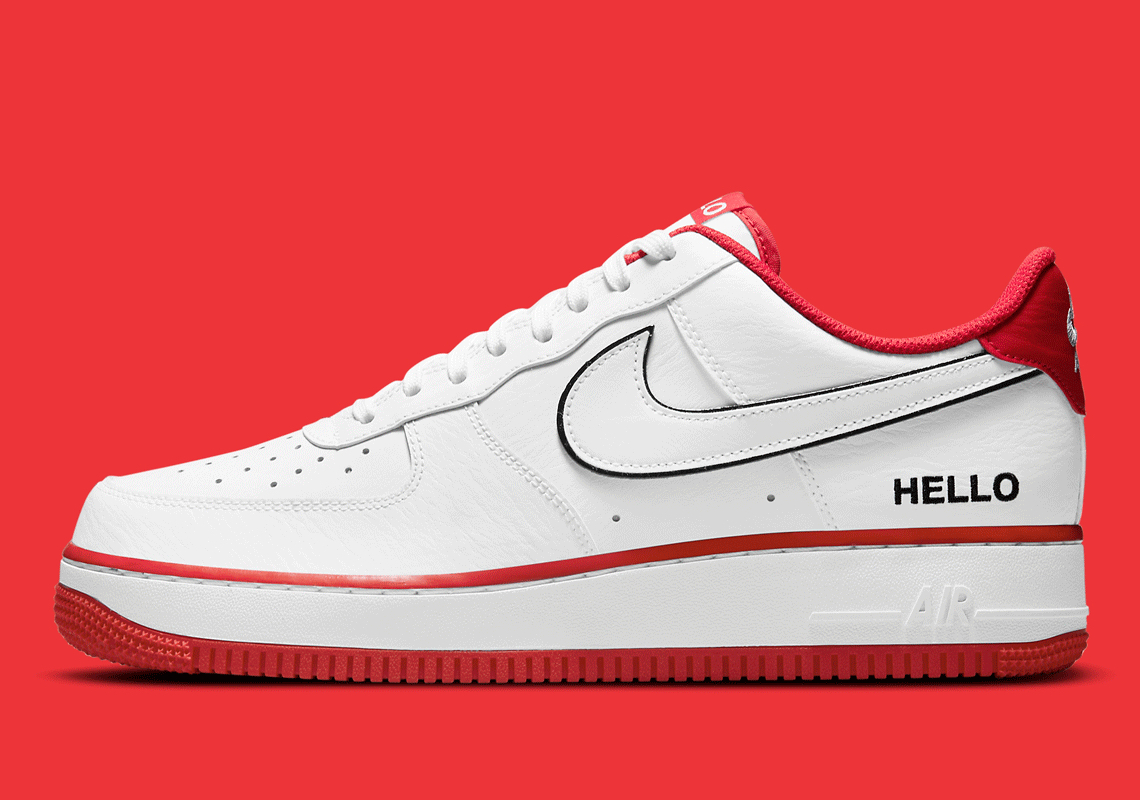 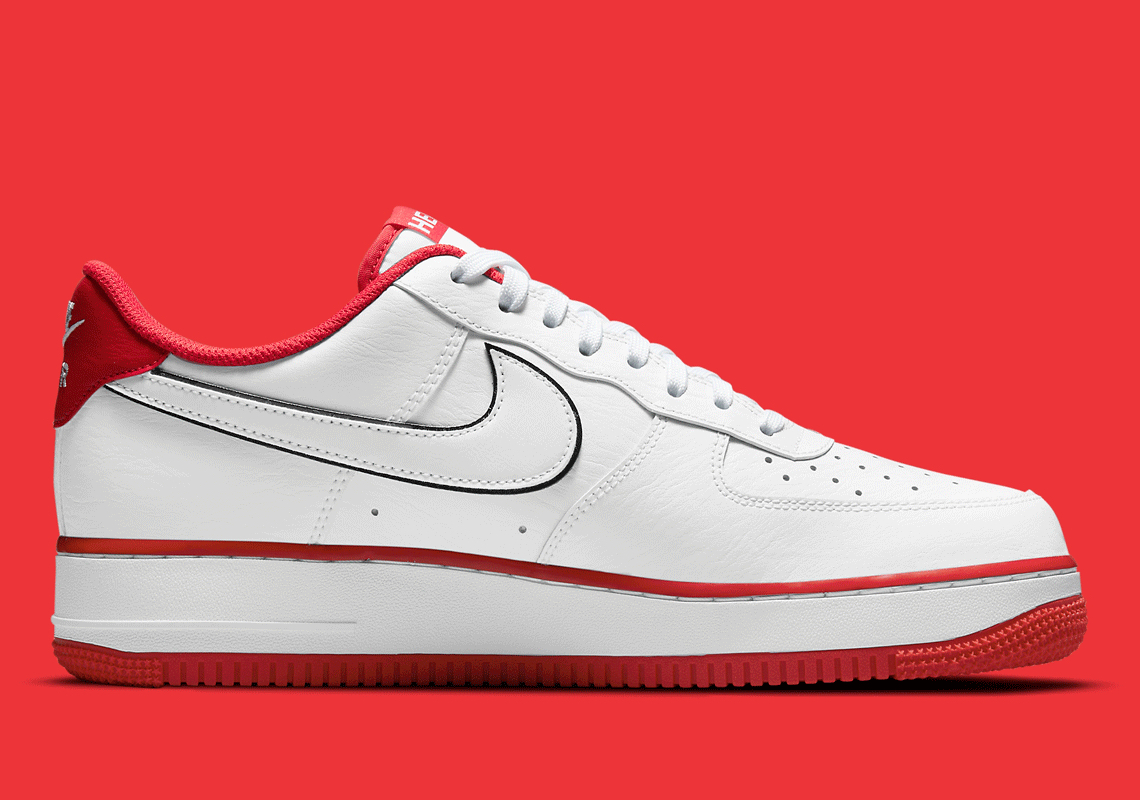 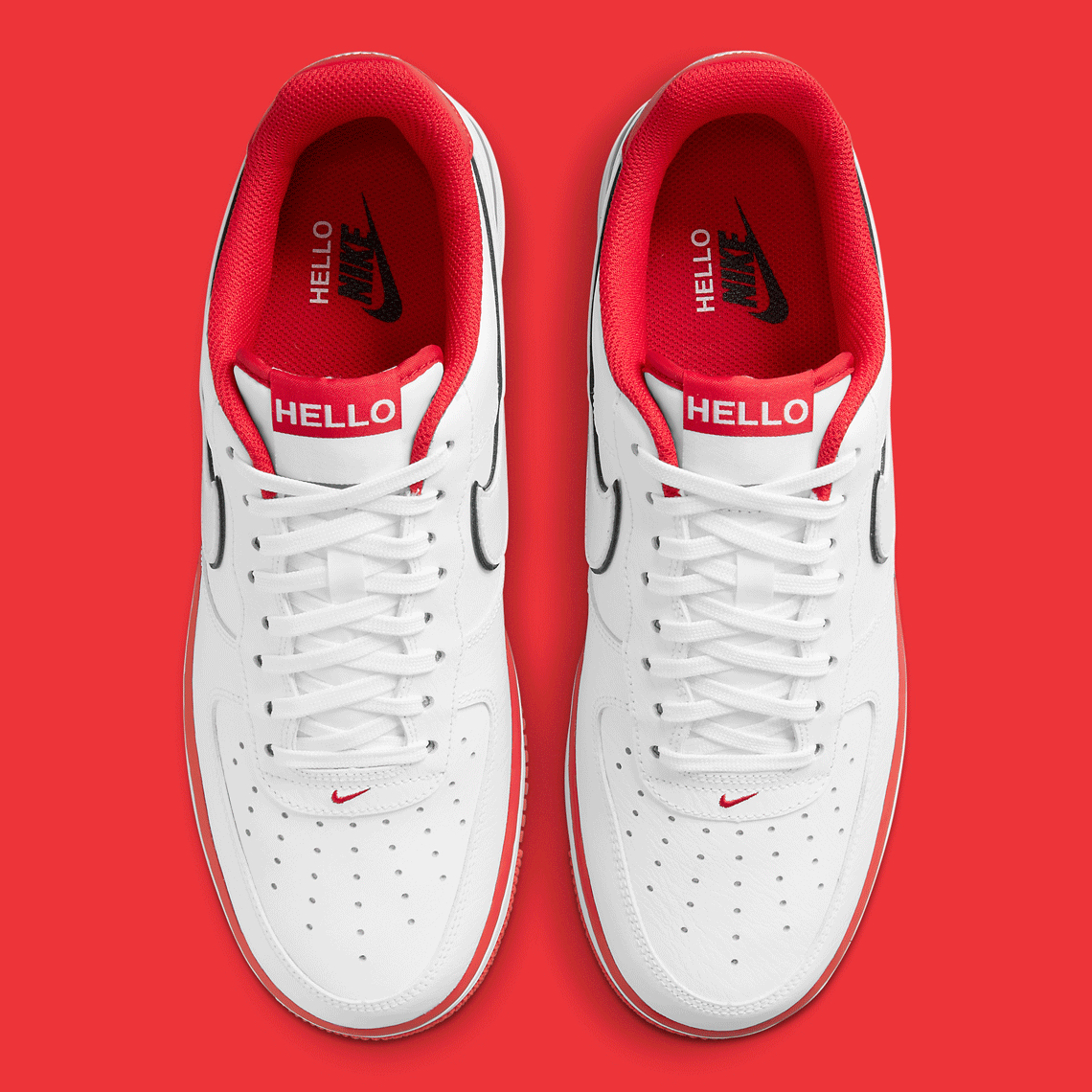 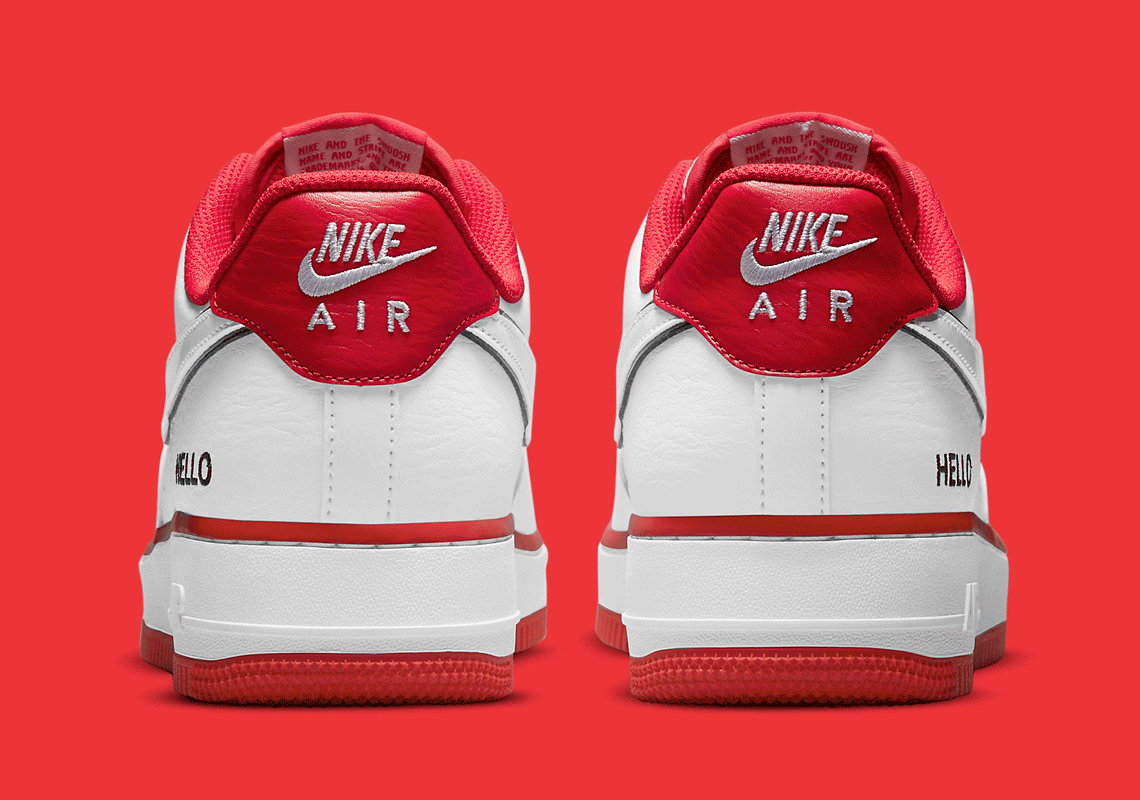 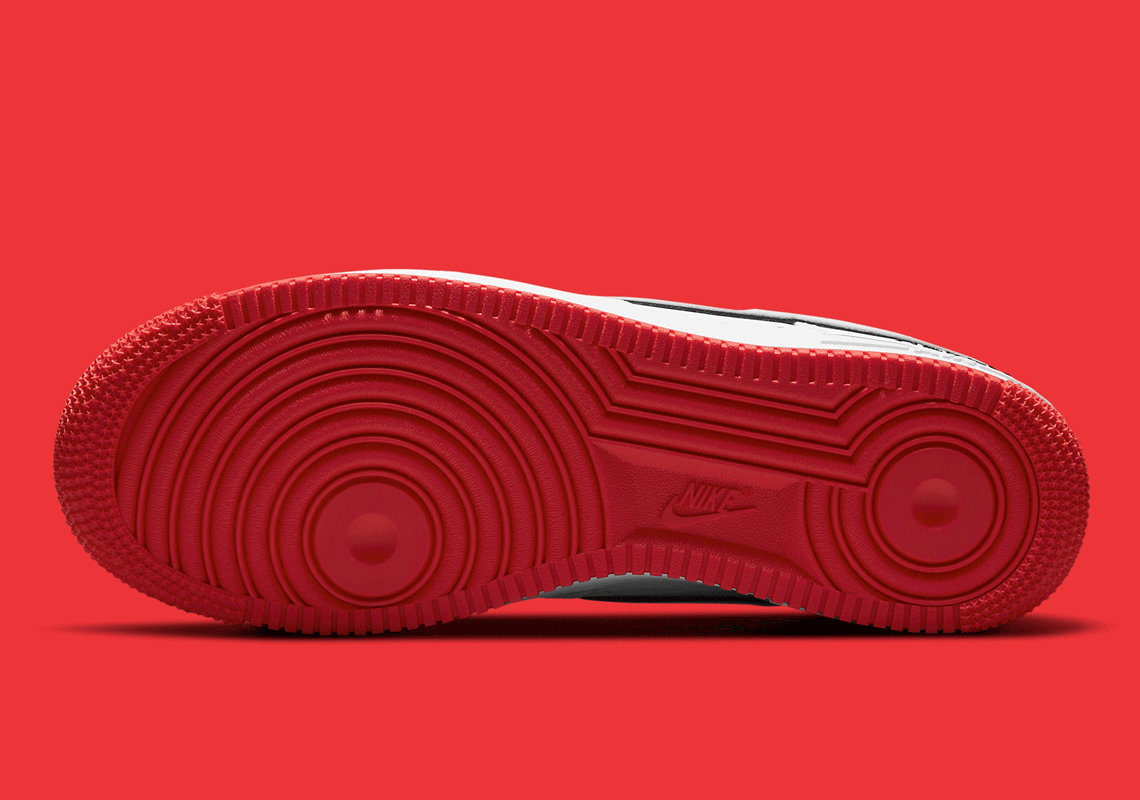 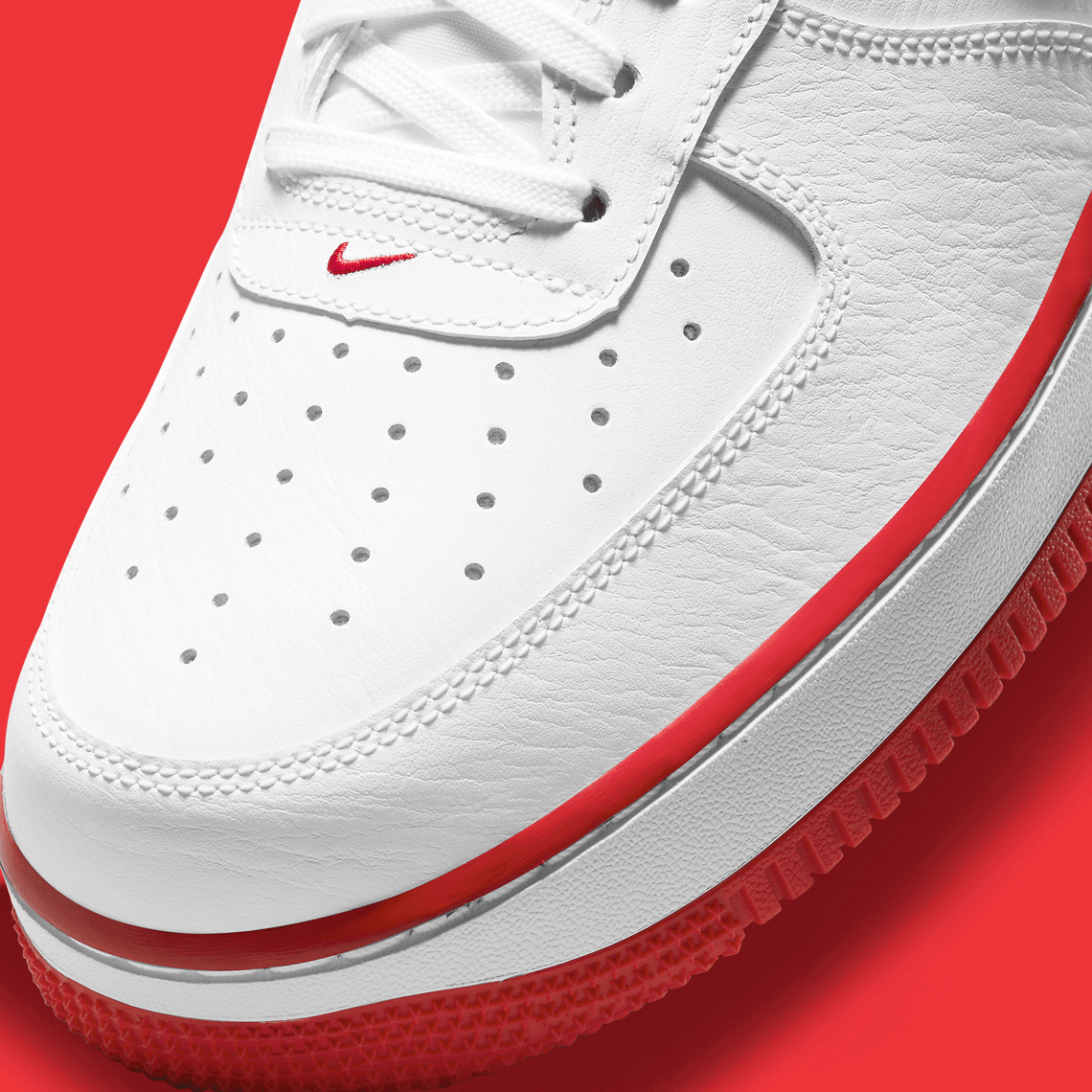 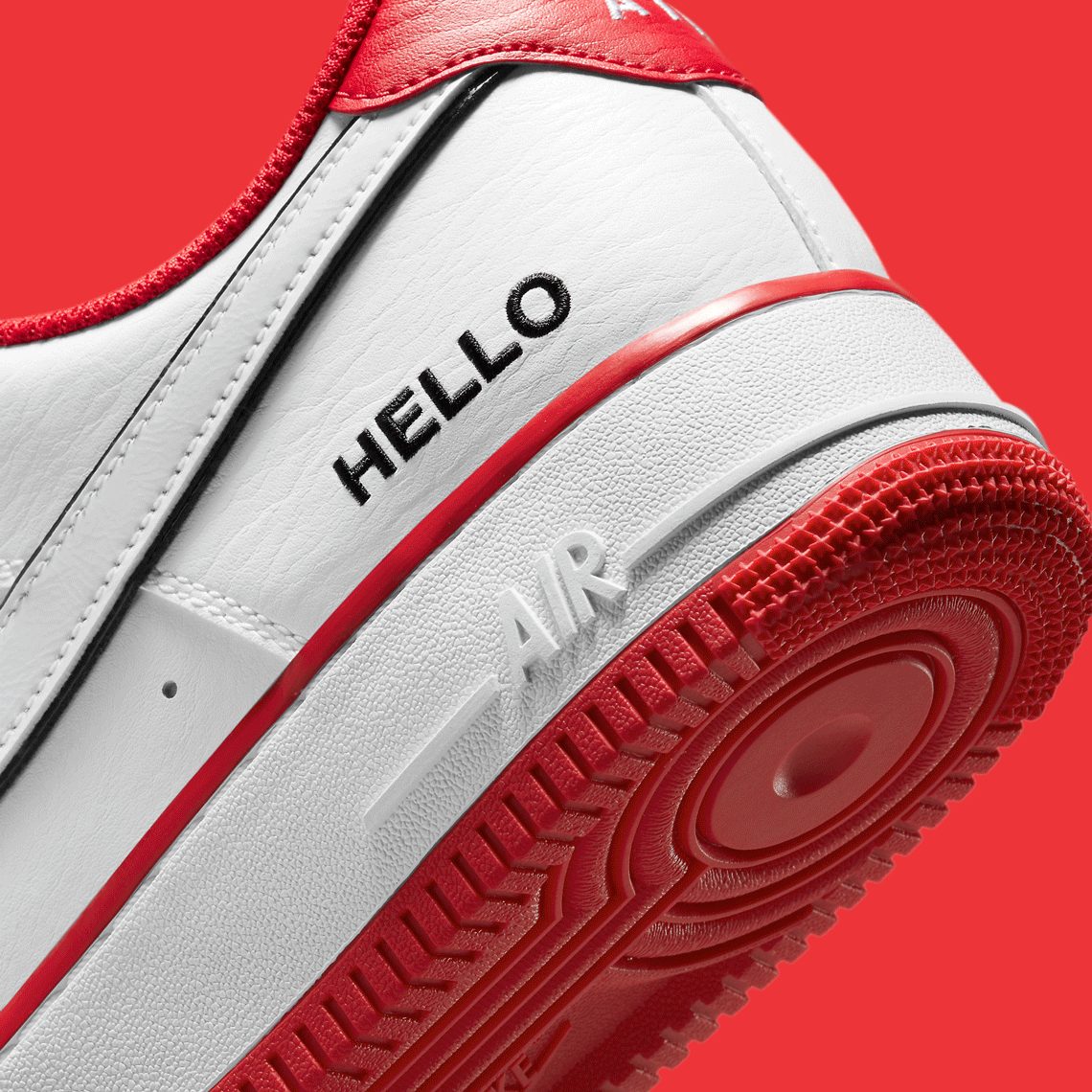