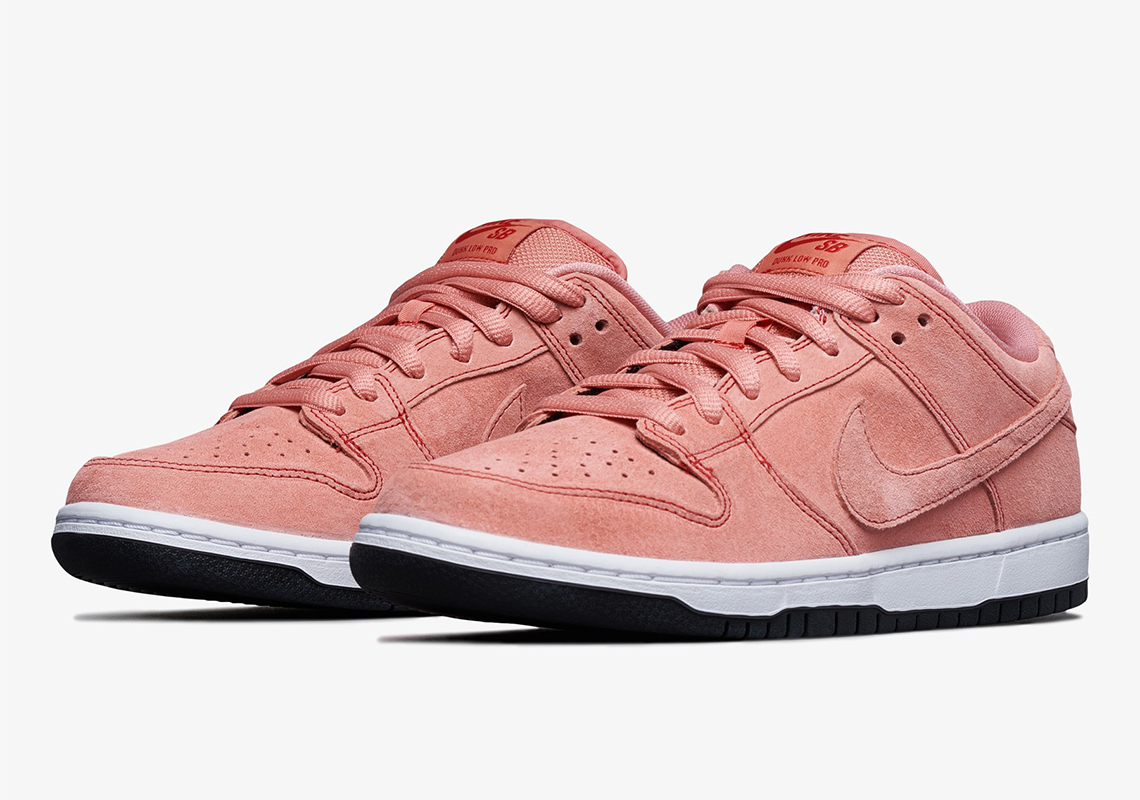 Nike SB has certainly been busy since the start of 2021. Alongside reveals of forthcoming releases, the brand is still preparing the many standouts teased towards the last half of 2020. Among the Supreme collaborations and Jordan-inspired colorways, we’re also sure to see the Porsche 917/20 inspired SB Dunk Low “Pink Pig” very soon. And as official images have just surfaced, this is even more likely the case.

In design, the pair starts simple in full suede, one quite visually premium in its texture. This material extends from the lower base to the overlays, eye stays, and even the Swoosh, all panels further accented with red contrast stich. The latter shade also marks the Nike branding both behind at the heel tab as well as forward along the mesh tongue, its usage quite similar to the decals sprawled atop the same-named Porsche. What sets the Dunk Low apart is the lack of the number “23,” a numeral that proudly dressed the race car’s hood and side.

Grab the best look yet at the Dunk Low “Pink Pig” here and sit tight they’re on the way. Currently, the colorway slated to hit SNKRS in Asia on February 1st; a release in the EU/UK will follow on February 13th; and US shops can release as they see fit throughout February.

In other news, have you seen the CdG HOMME PLUS Nike Foamposite One? 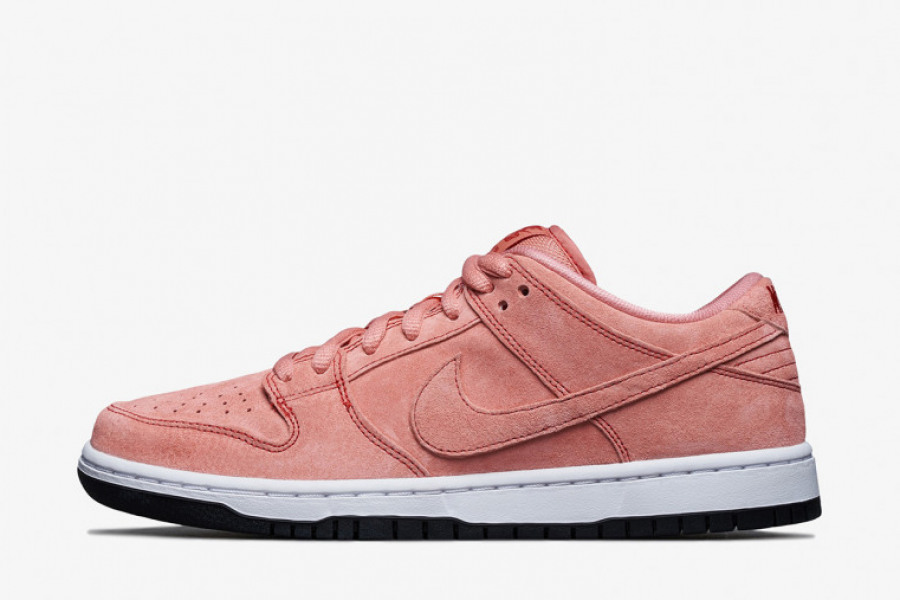 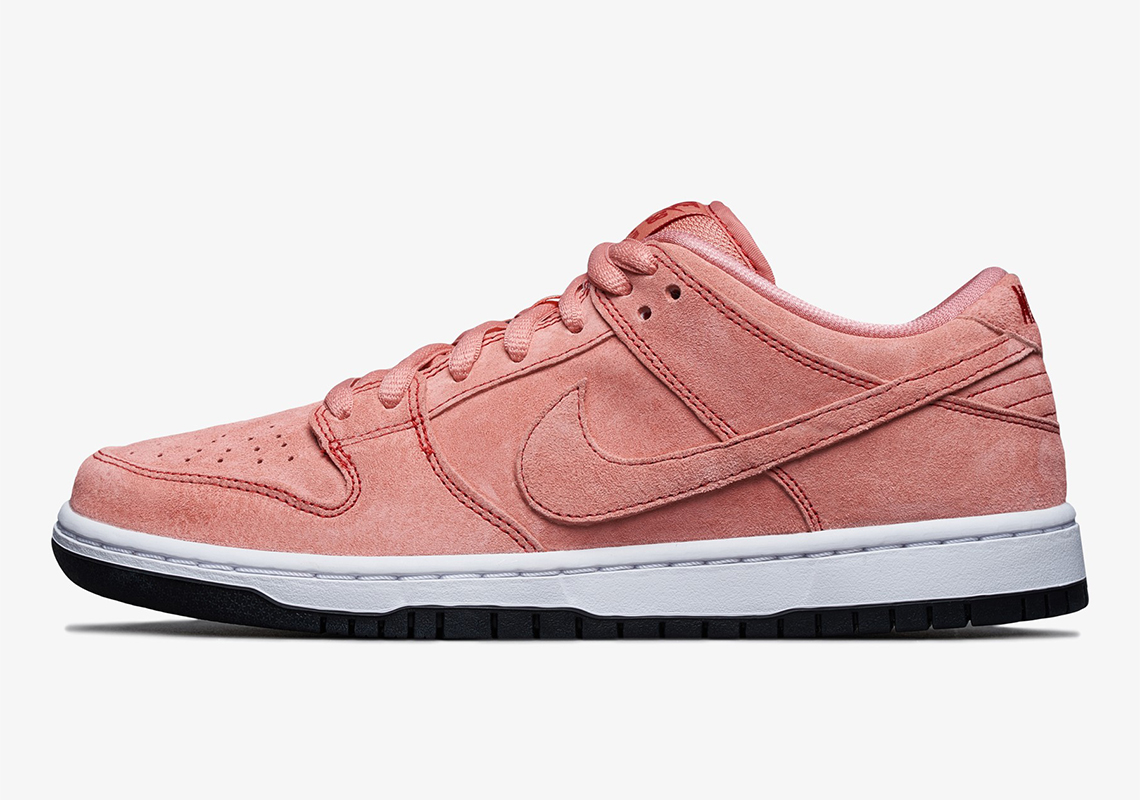 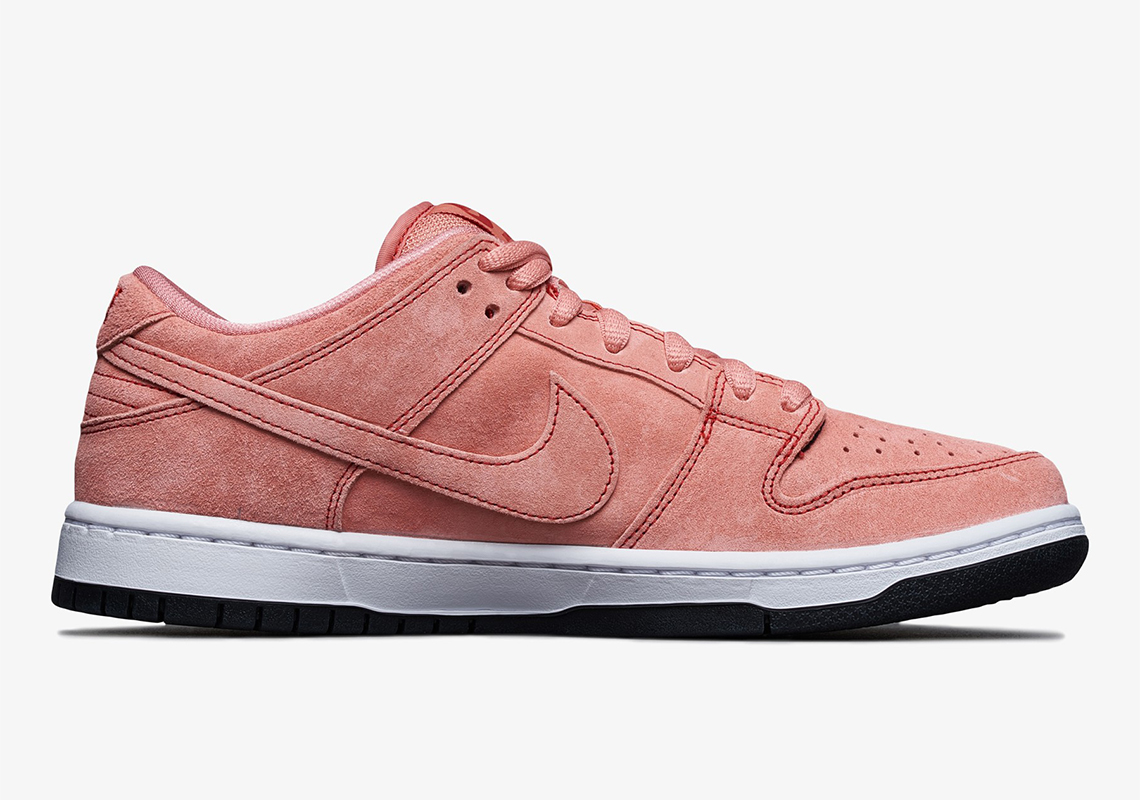 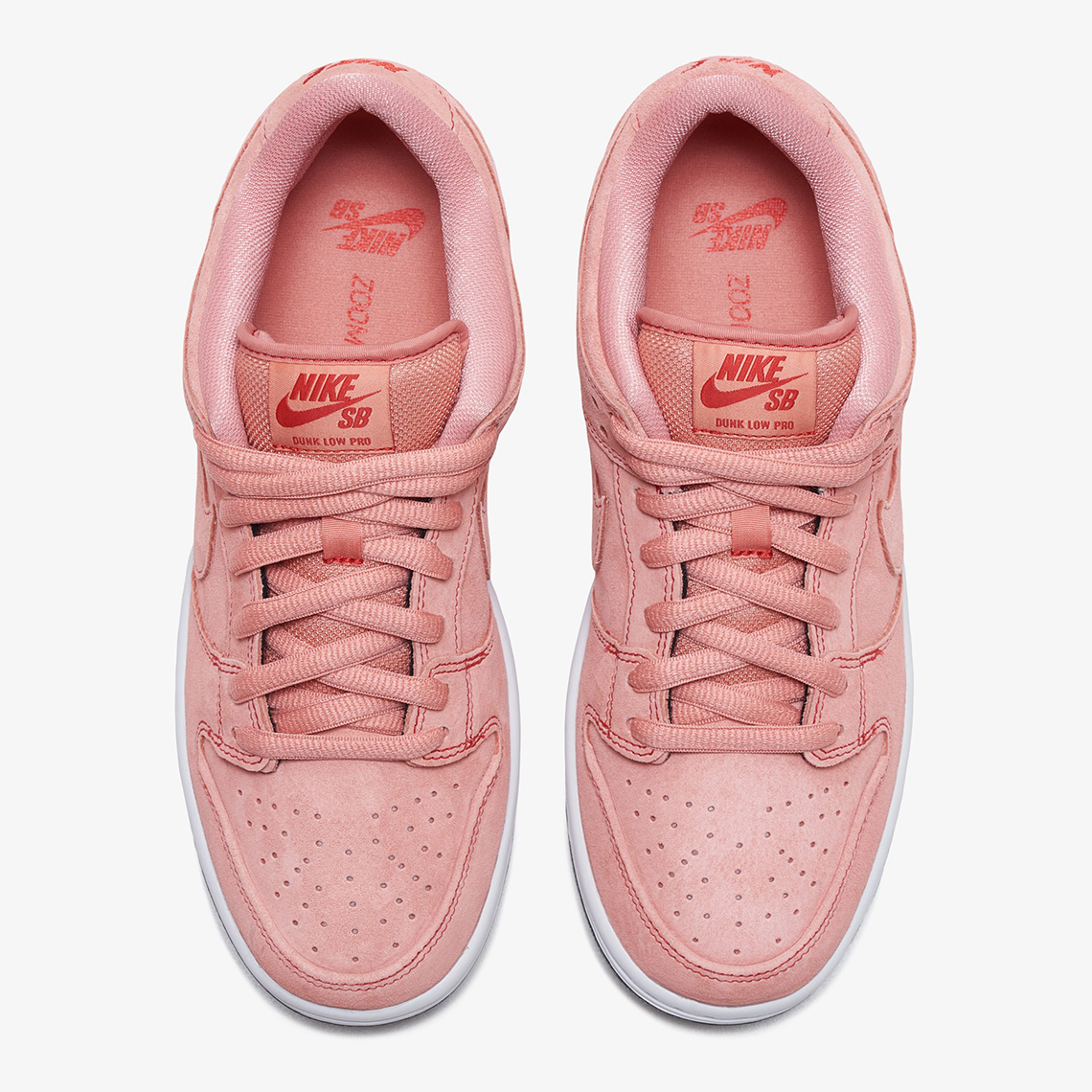 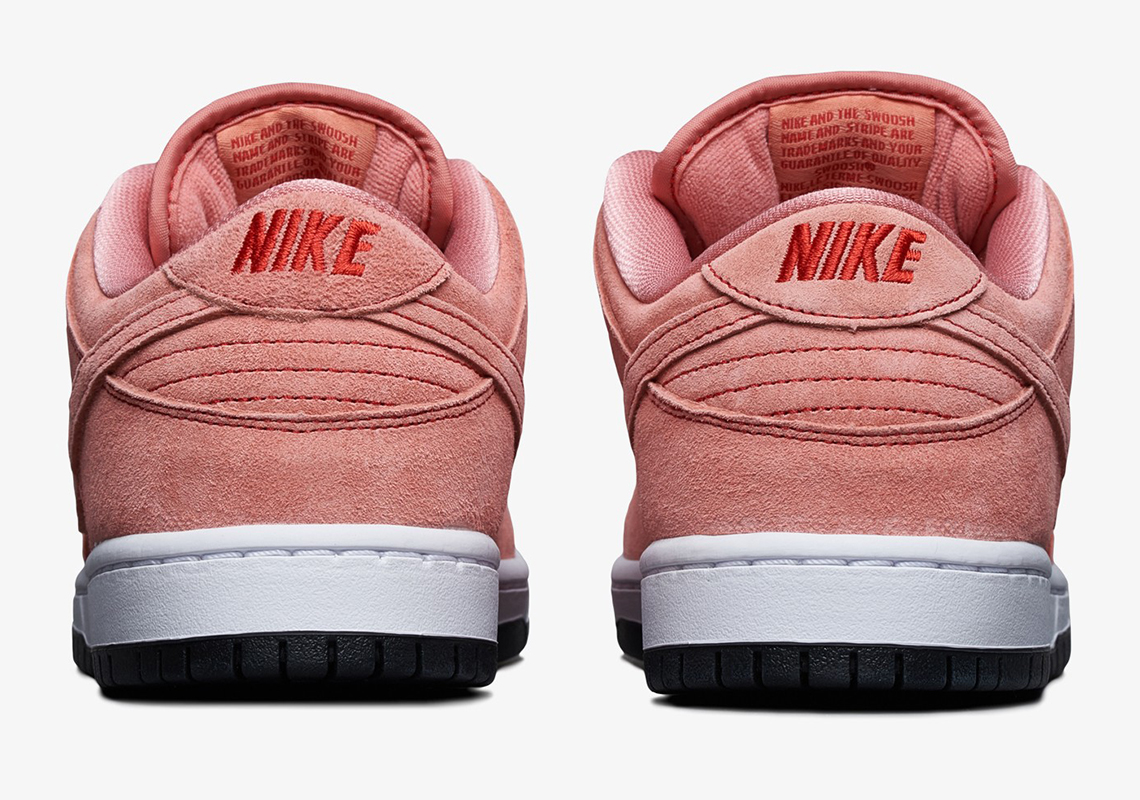 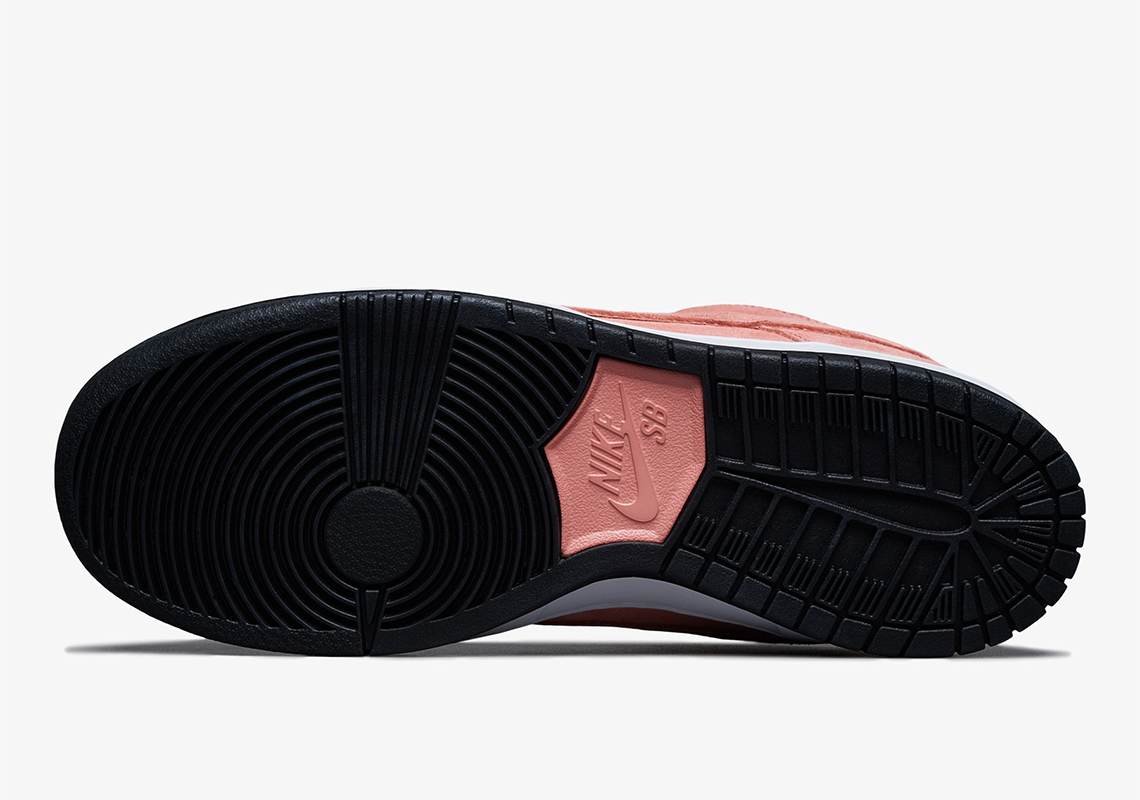