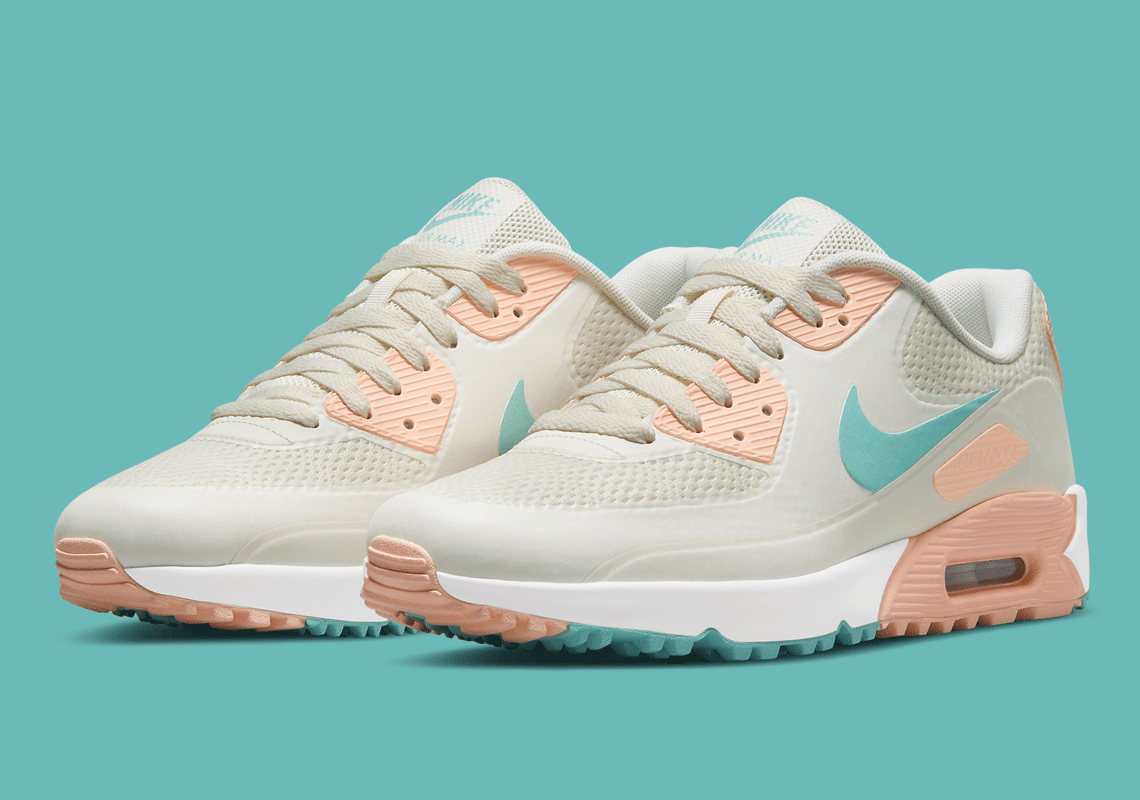 The Nike Air Max 90 is no longer celebrating its milestone 30th anniversary, but it continues to emerge in impressive, new stylings. Case in point: an upcoming golf-ready iteration clad in summer-ready tones.

Reworked uppers on Tinker Hatfield’s iconic design predominantly indulge in an off-white, light tan tone. Profile swooshes and branding on the tongue and heel deliver stark turquoise-reminiscent contrast. TPU components along the tongue and throughout the rest of the model complement the aquatic tone with a faint coral that’s appeared on tropical propositions in the past. Underfoot, modified-for-the-links sole units boast all three aforementioned hues, with the Air Max unit’s enclosure donning the light pink color.

A release date is still unknown, but this Air Max 90 G is likely to hit Nike.com ahead of summer. While you wait, enjoy official images of the golf shoes ahead.

Elsewhere under the Swoosh empire, the Air Jordan 4 has recently appeared with golf spikes. 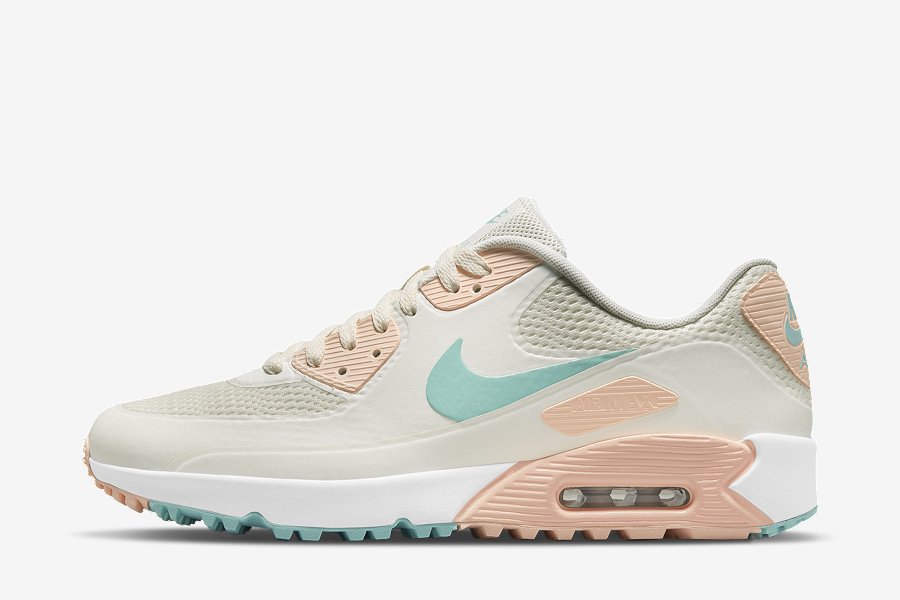 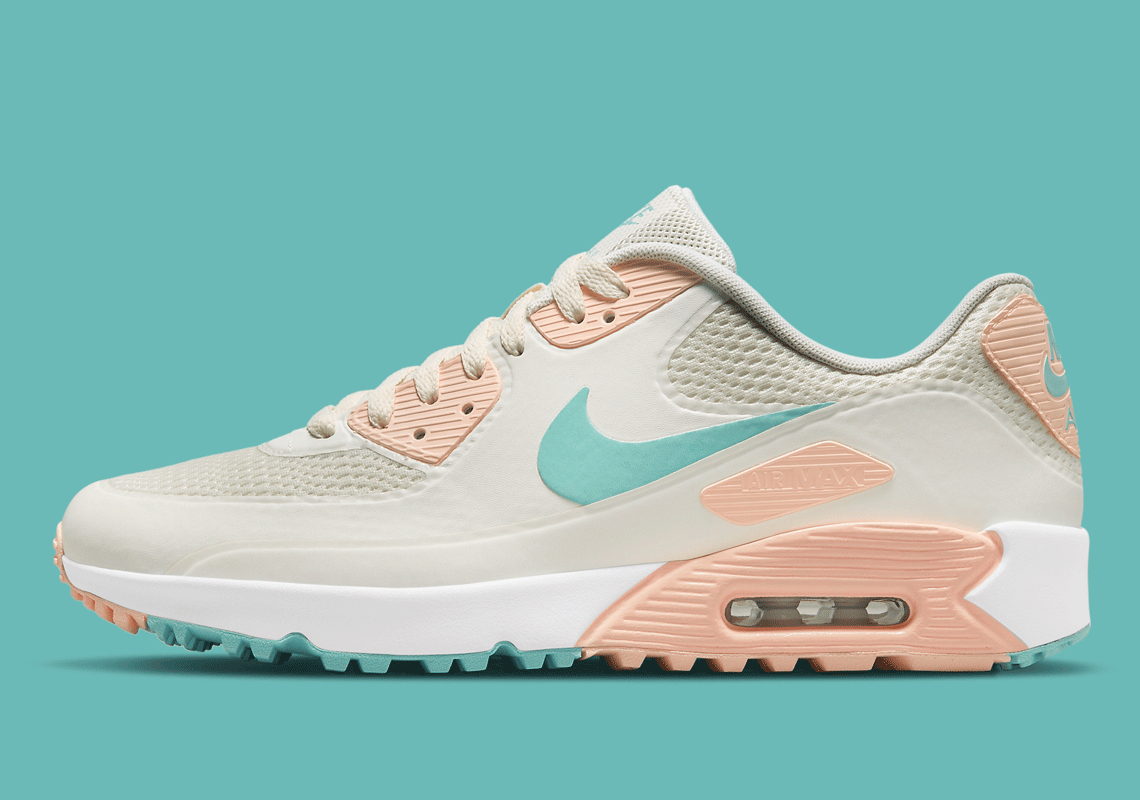 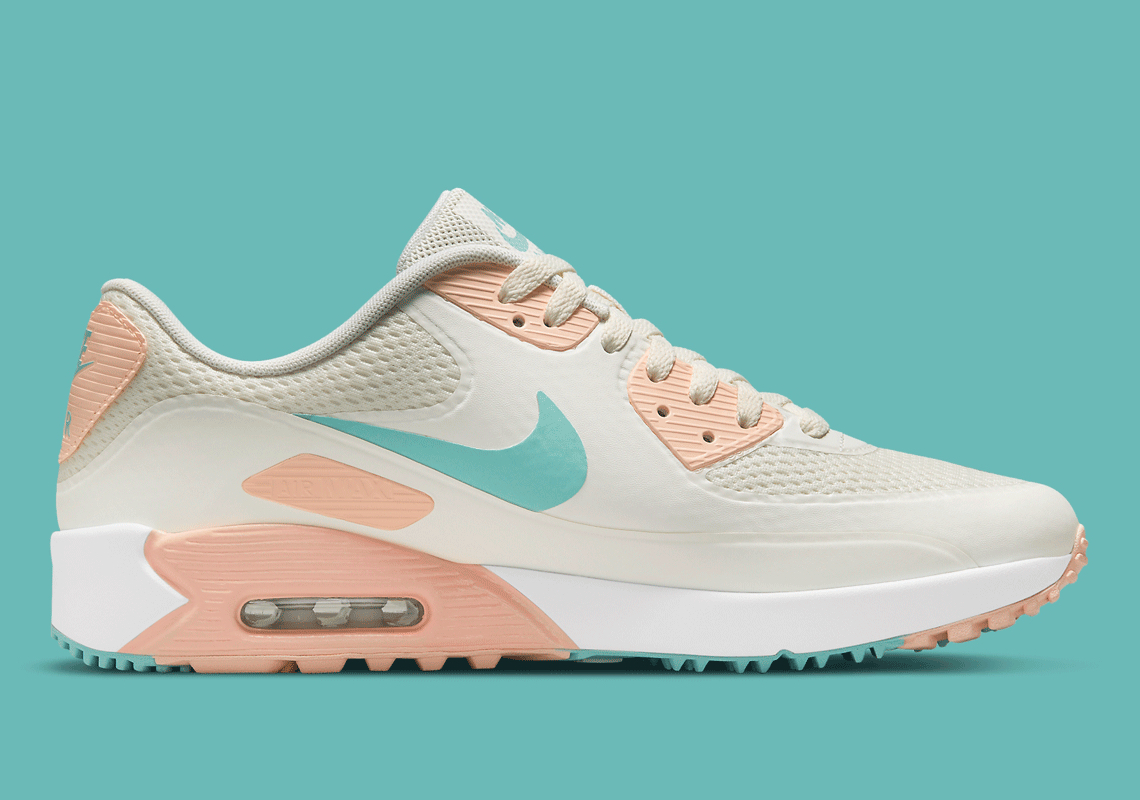 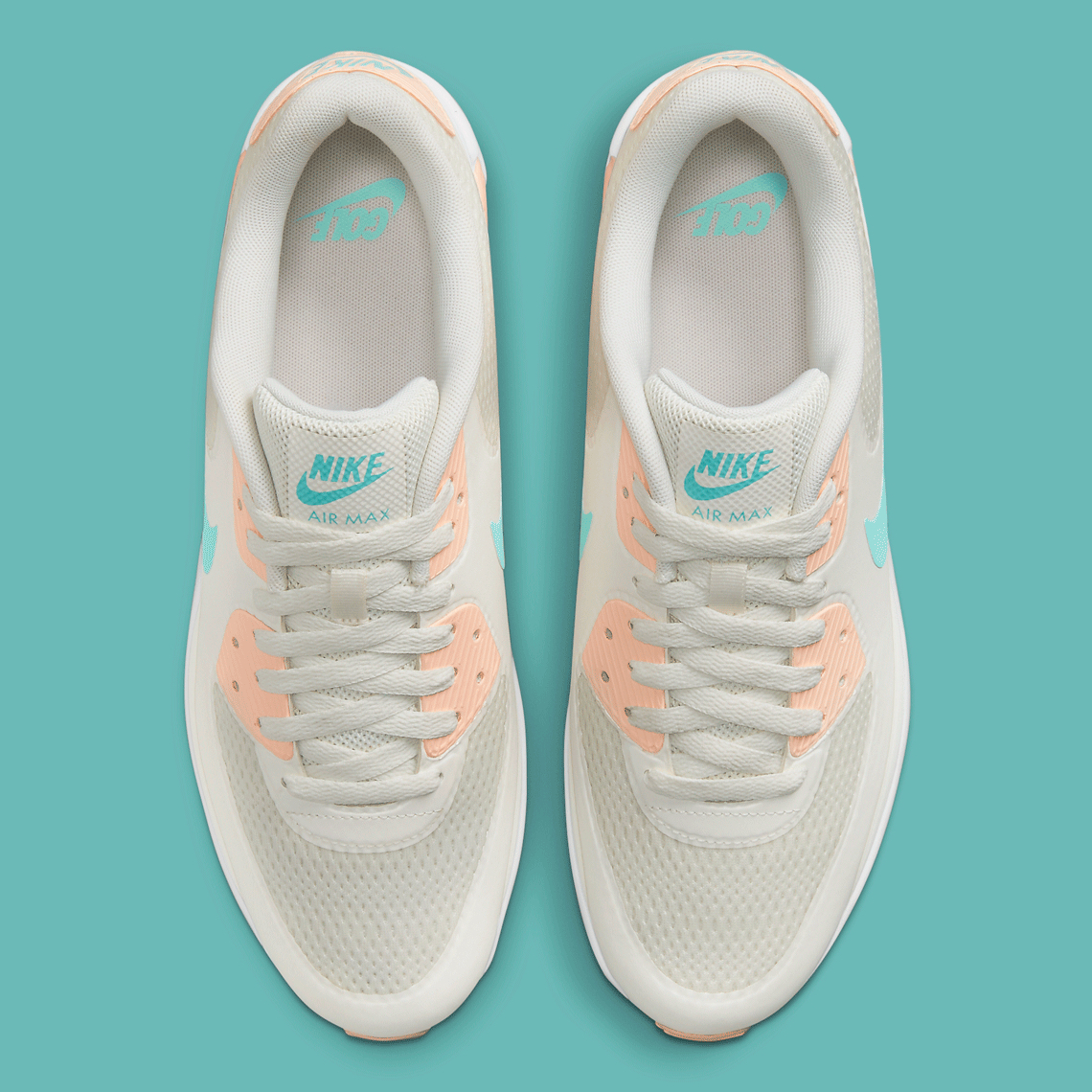 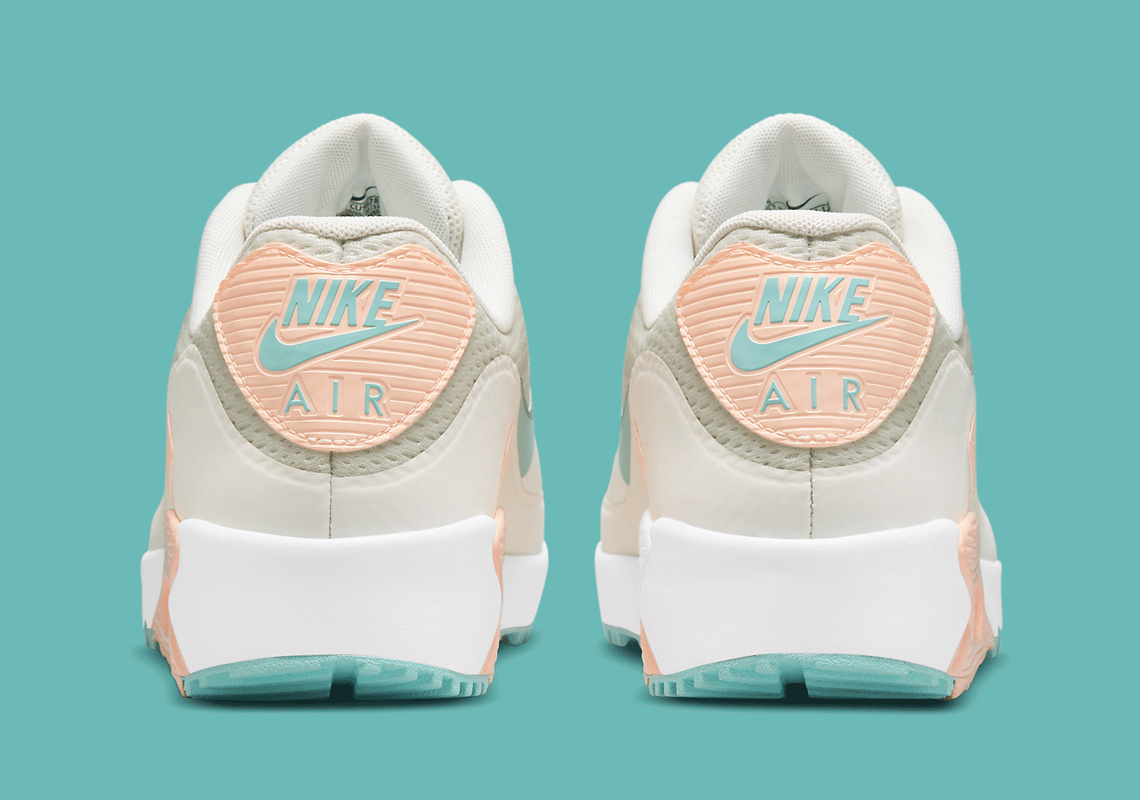 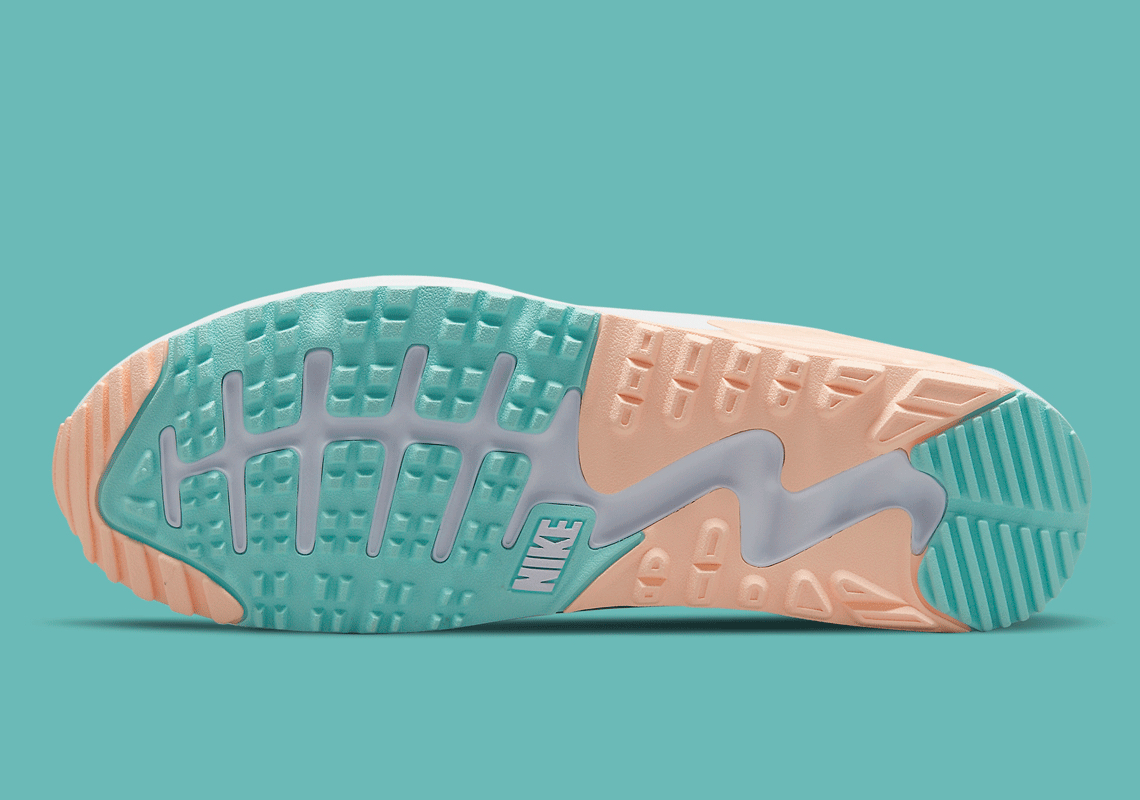 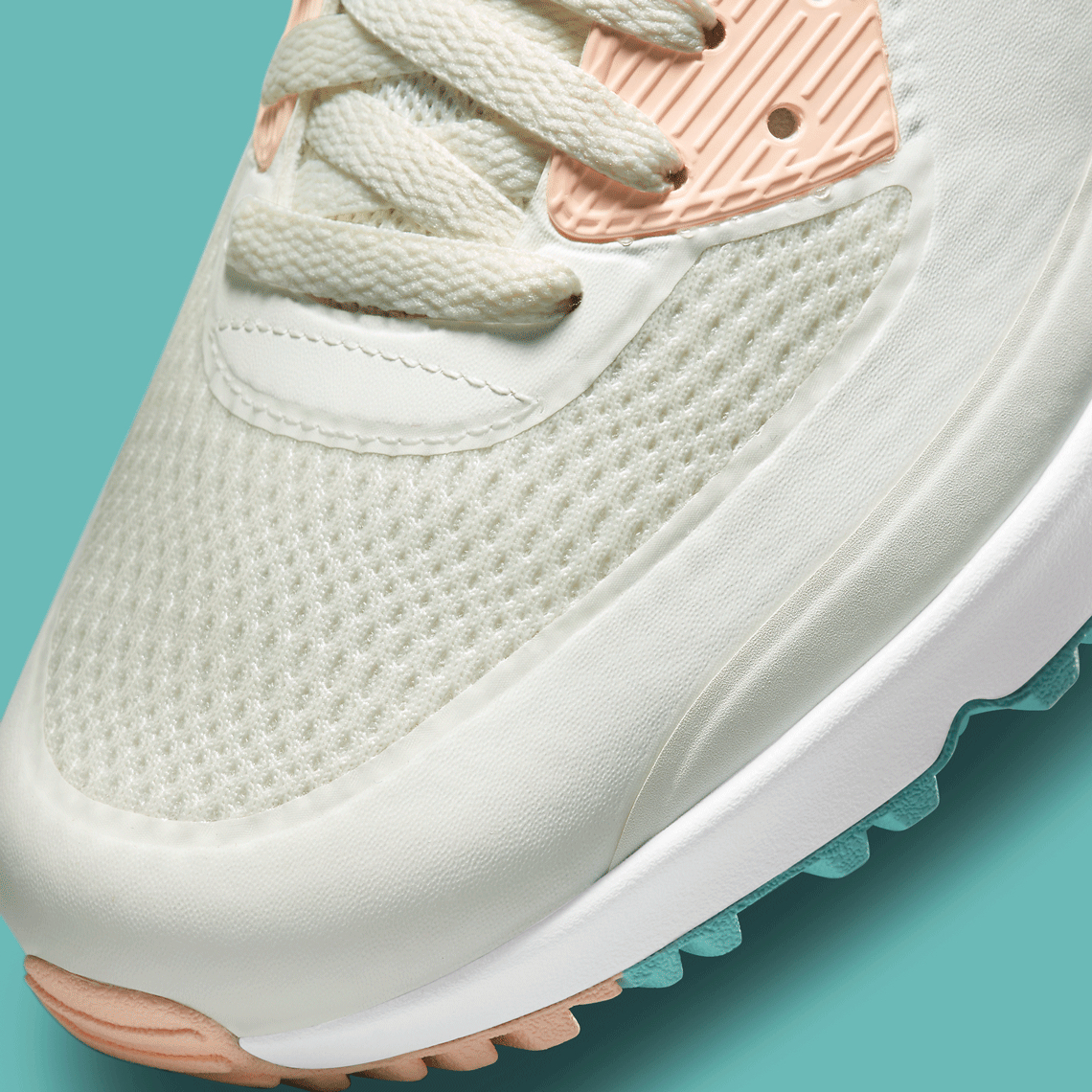 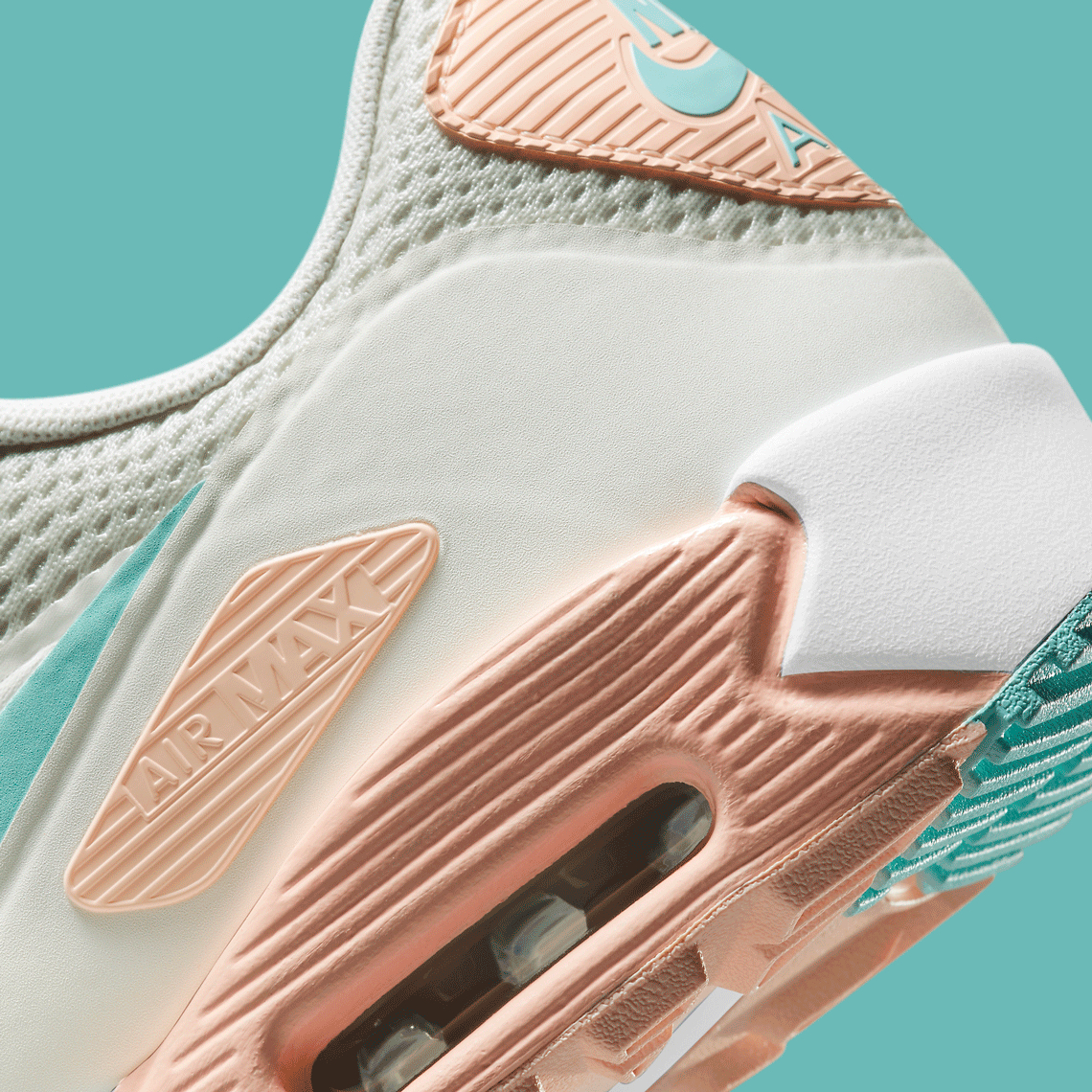