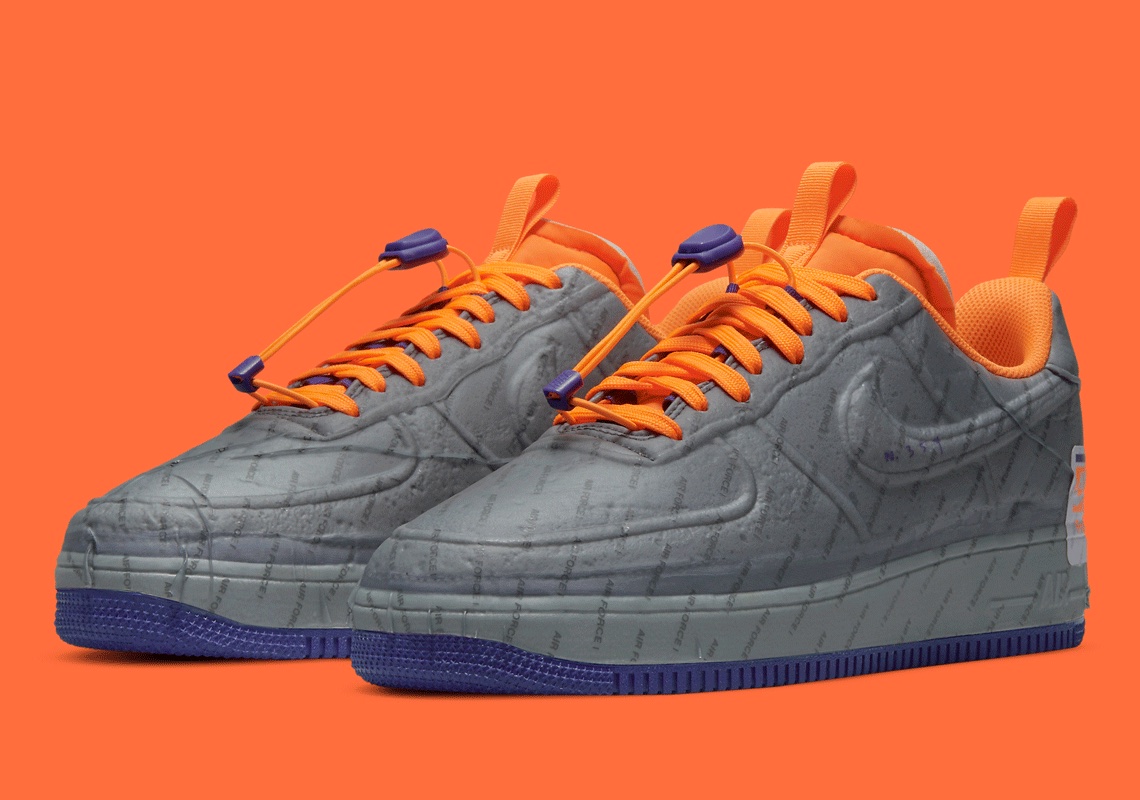 Nike Sportswear’s boundary-pushing N.354 imprint has produced several eye-catching products since 2019, but arguably all have been overshadowed by the Nike Air Force 1 Experimental, which has recently emerged in a “Light Smoke Grey/Court Purple/Total Orange” colorway.

Akin to previously-surfaced “Archeo Brown” option, the forthcoming pair boasts an understated base complemented by vibrant colored-accents. Laces, tongues, inner lining and pull tabs boast a predominantly “Total Orange” makeup, while “AIR FORCE 1” text covers the (ostensibly) exposed foam upper. Adhesive shipping labels on the heel allude to the style’s greater theme, which may incorporate other icons under the Nike Sportswear umbrella. Elsewhere, “Court Purple” enters the mix in full force across the outsole, although it also makes cameos on the speed lacing systems toggle and aforementioned sticker-like component.

Enjoy official images of the Air Force 1 Low-variant ahead, and expect pairs to arrive to Nike SNKRS soon. 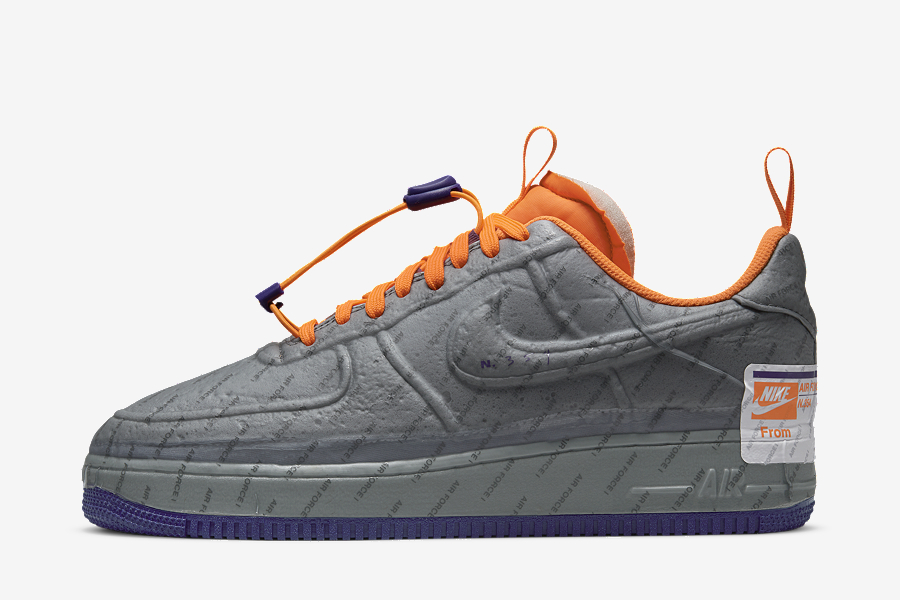 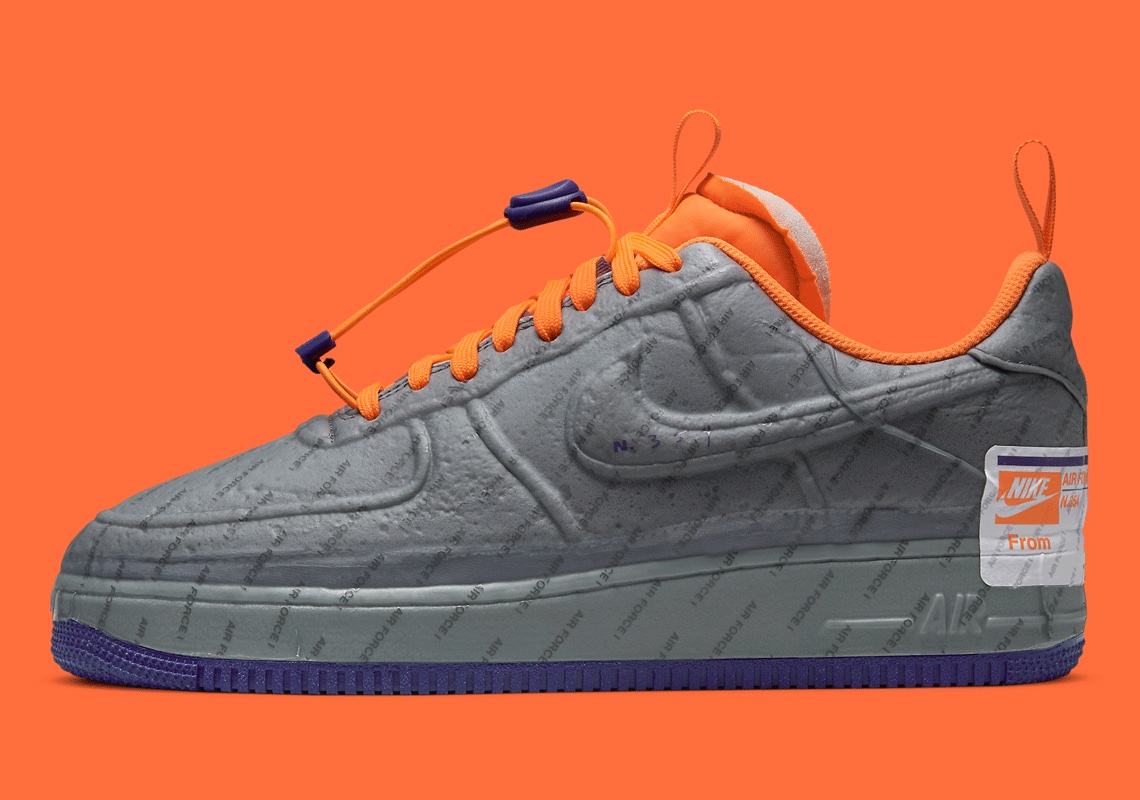 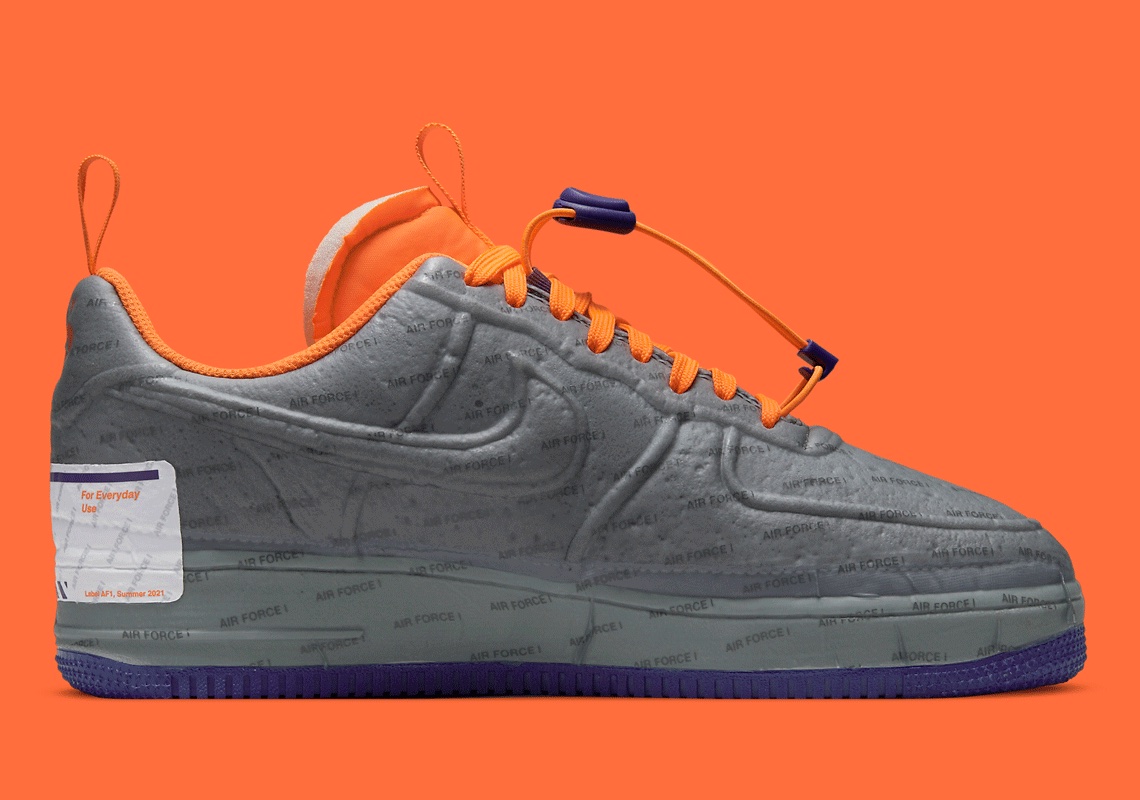 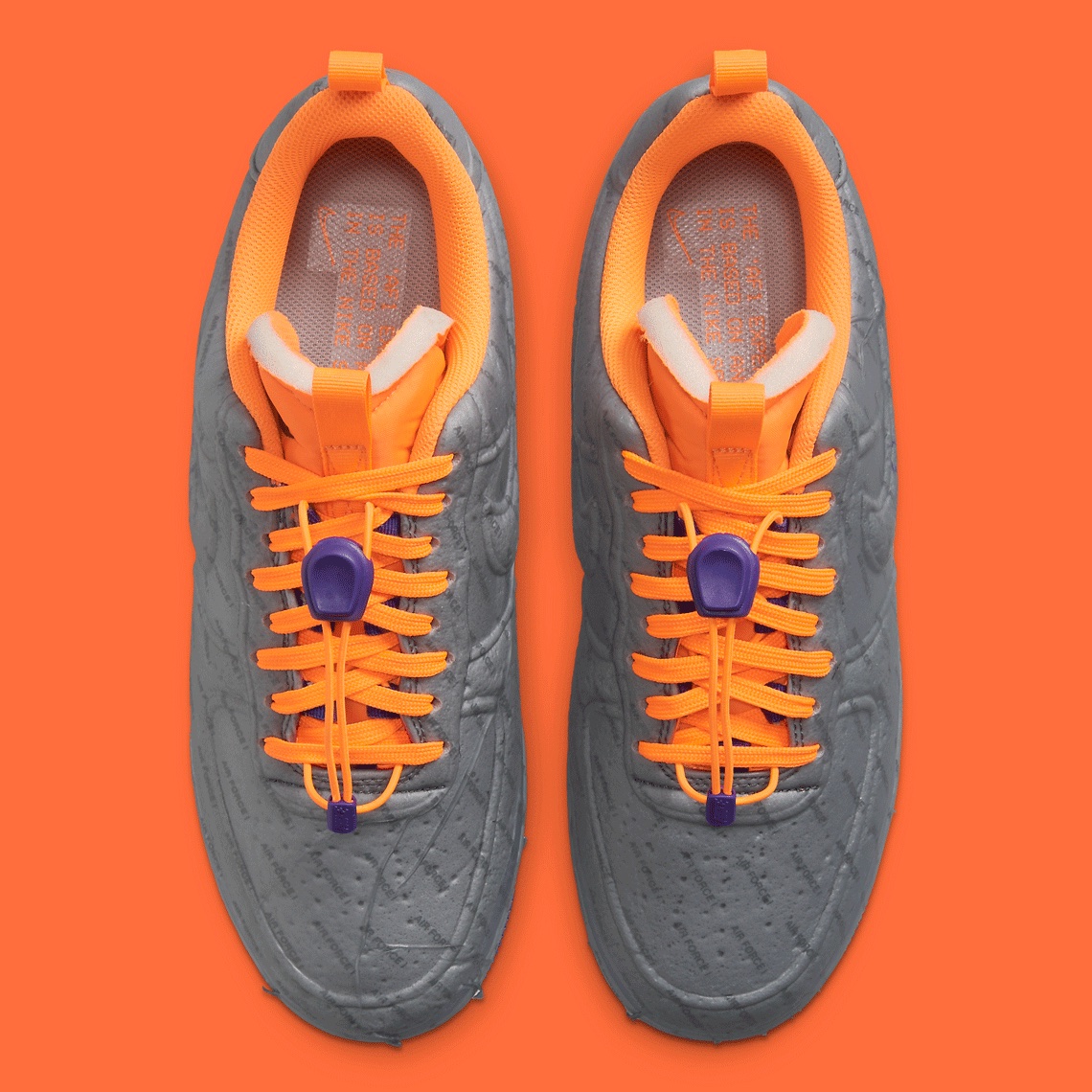 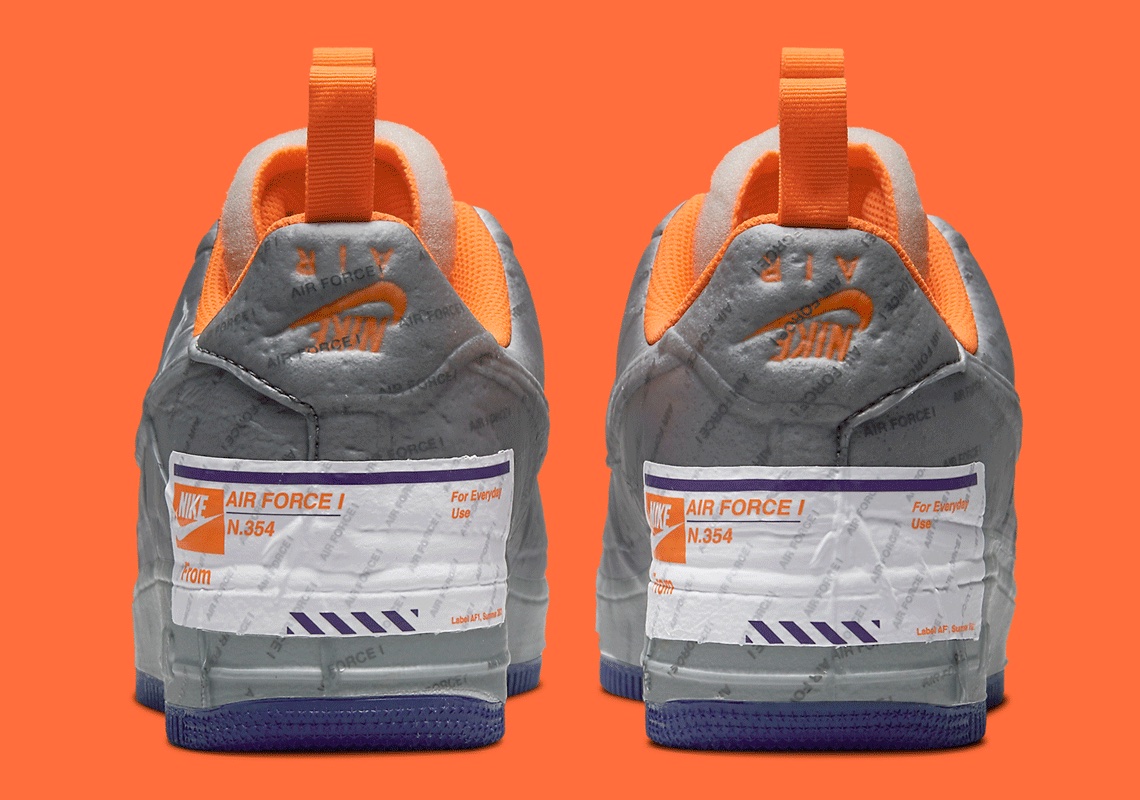 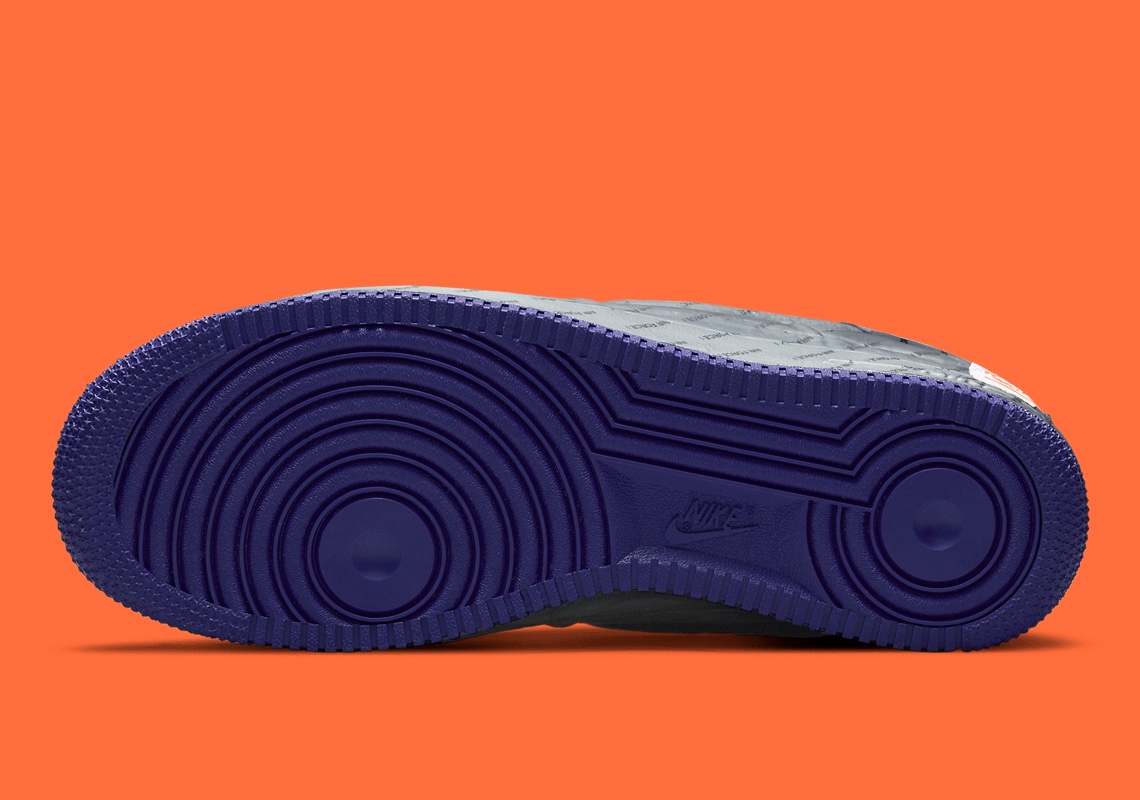 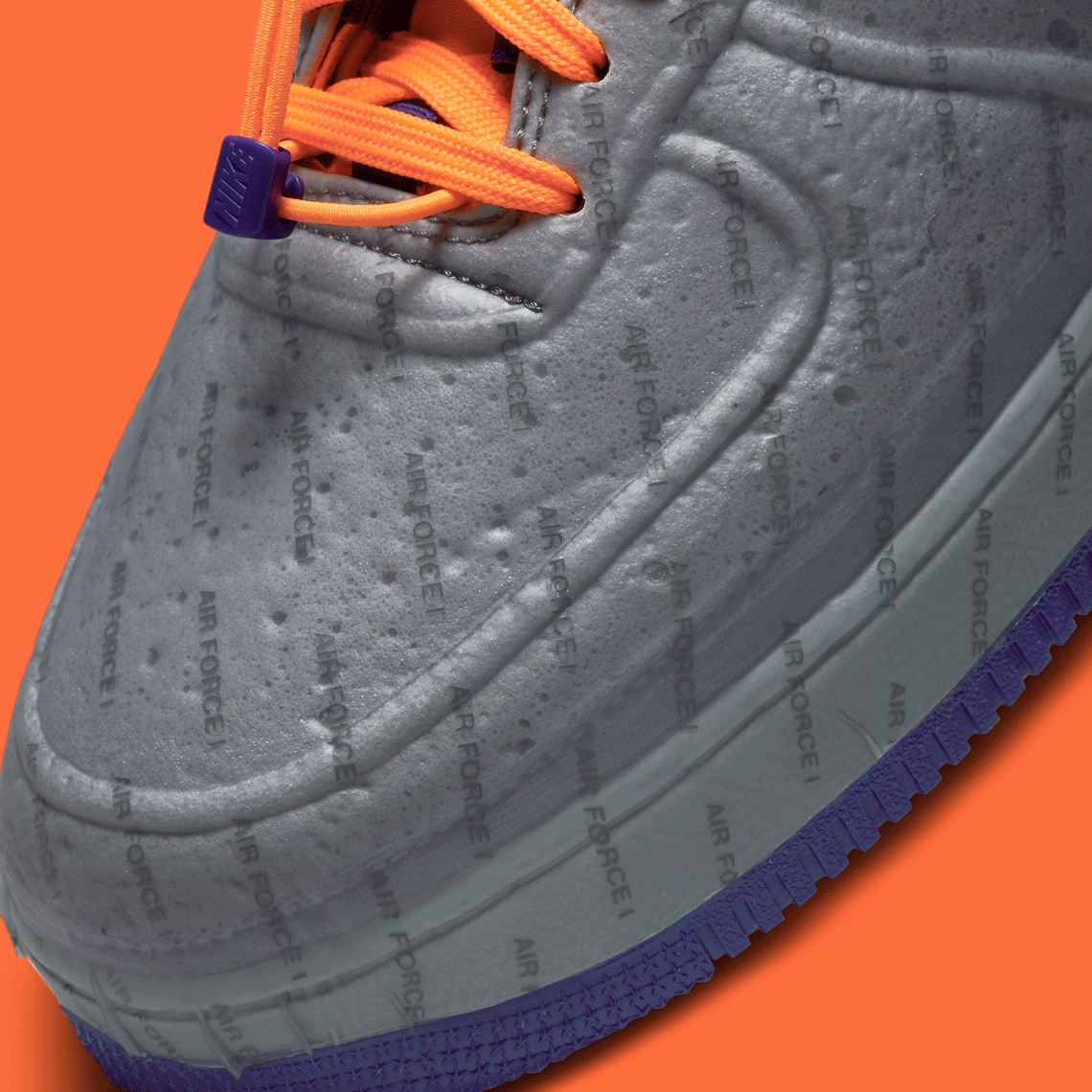 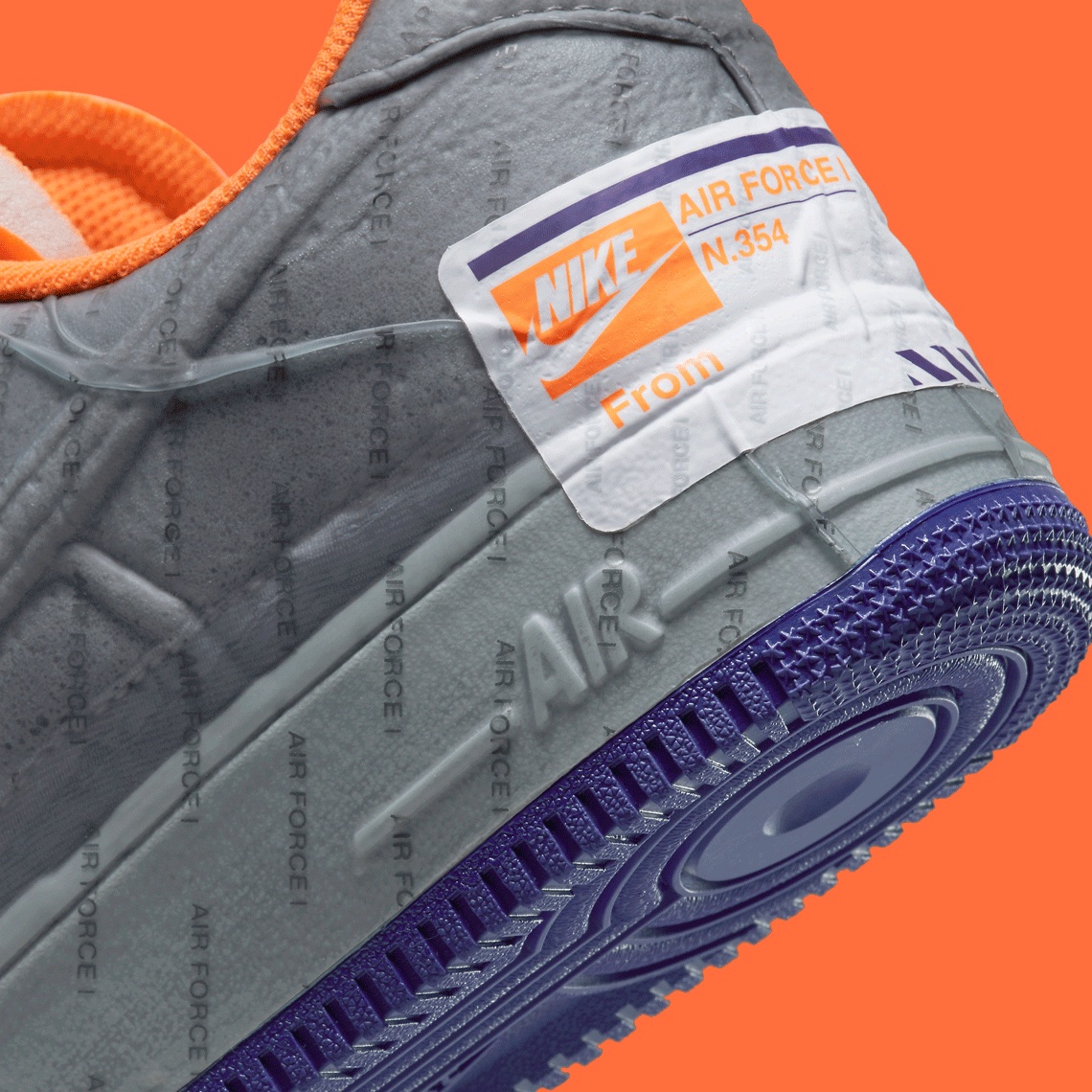