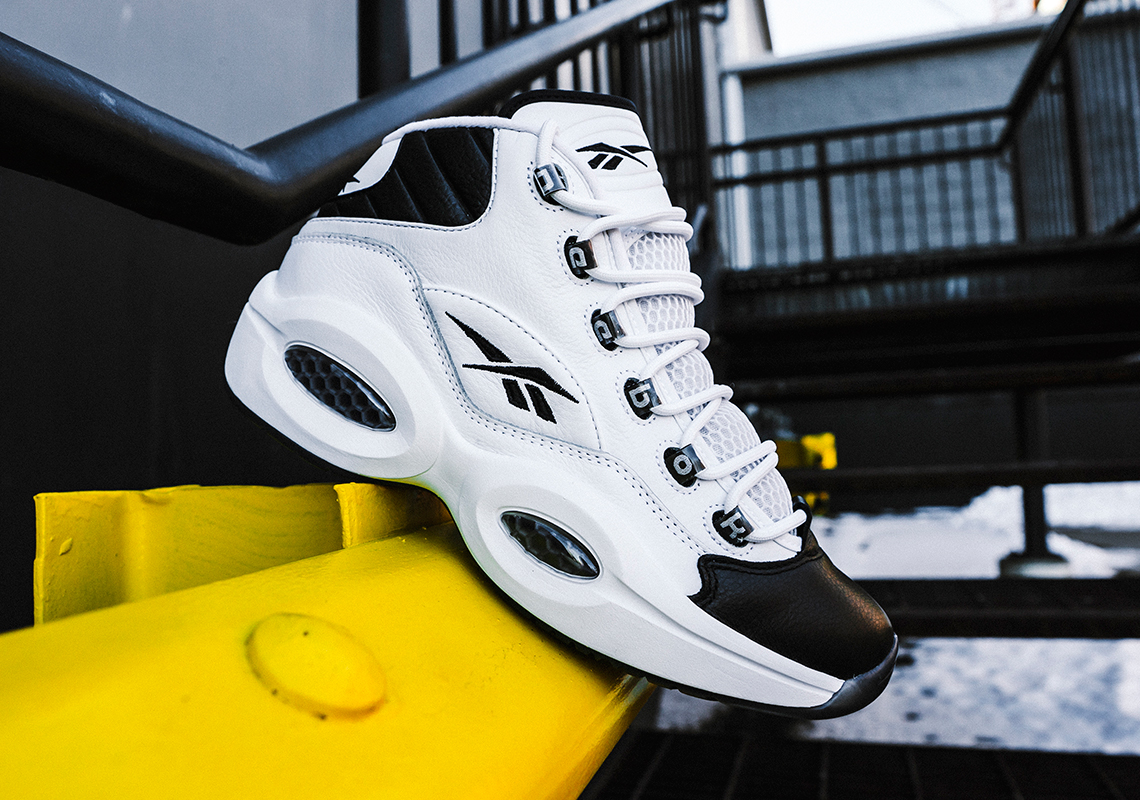 Since entering a new decade, Reebok has been delivering a steady, balanced mix of heritage and modern footwear propositions. On the former front, it’s honored the legacy of one of the most important players to touch a basketball: Allen Iverson. For the latest commemorative endeavor, the Massachusetts-based brand is reissuing the black-toed Question Mid worn by the legendary Philadelphia 76er during the 2001 NBA All-Star Game.

As history tells it, the Virginia-native led the Eastern Conference’s representatives to an improbable one-point win over a squad including the likes of the late Kobe Bryant, Kevin Garnett and Tim Duncan. Iverson scored 25 points in 27 minutes played, which led to an NBA All-Star Game MVP accolade. The shoes A.I. wore for the Washington, D.C.-held event were a white and black pair of his Question. First reissued in 2006, the brand is bringing back the black-toed, ghillie-laced shoe back for the whole family on March 6th – complete with the same high-contrast branding and DMX cushioning.

The “Why Not Us?” pair is arriving to Reebok.com and the Foot Locker, Inc. family of brands soon, but while you wait for a release, enjoy images of the shoes here below. 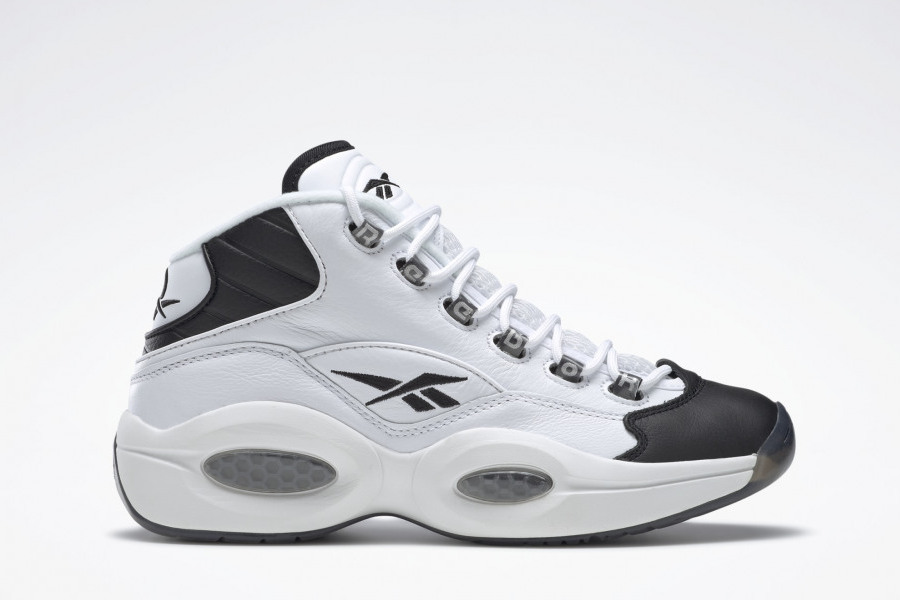 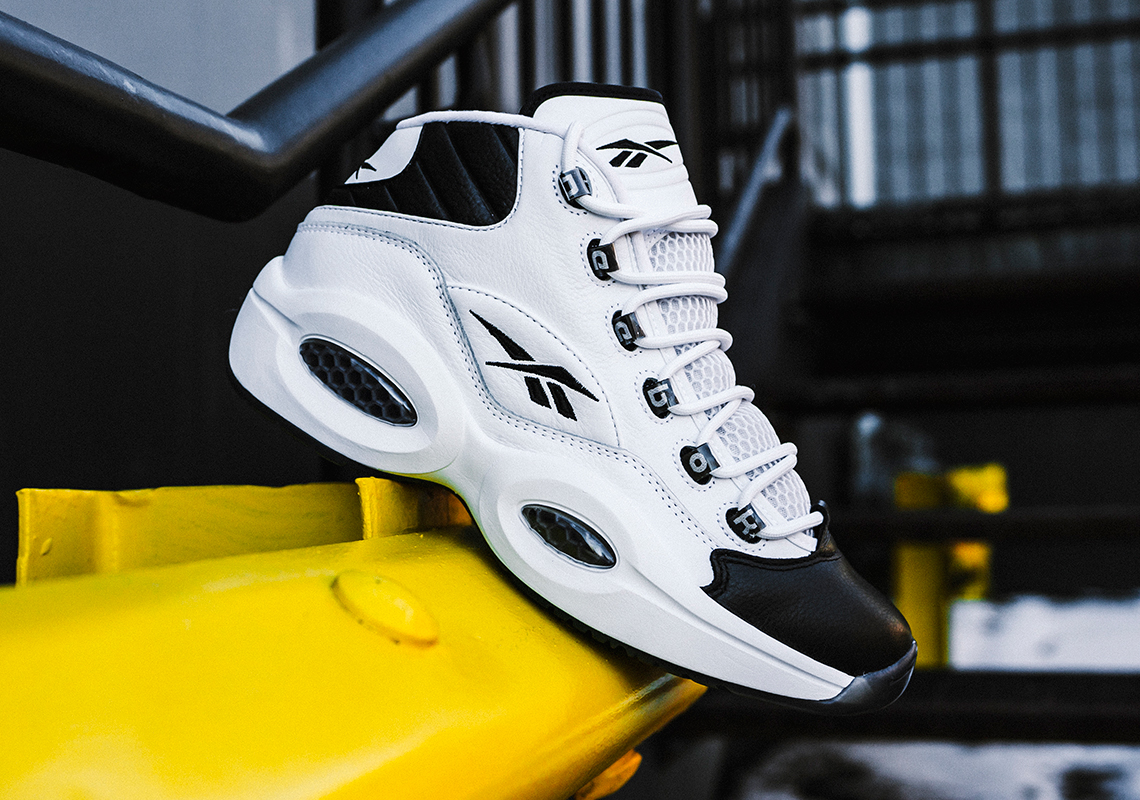 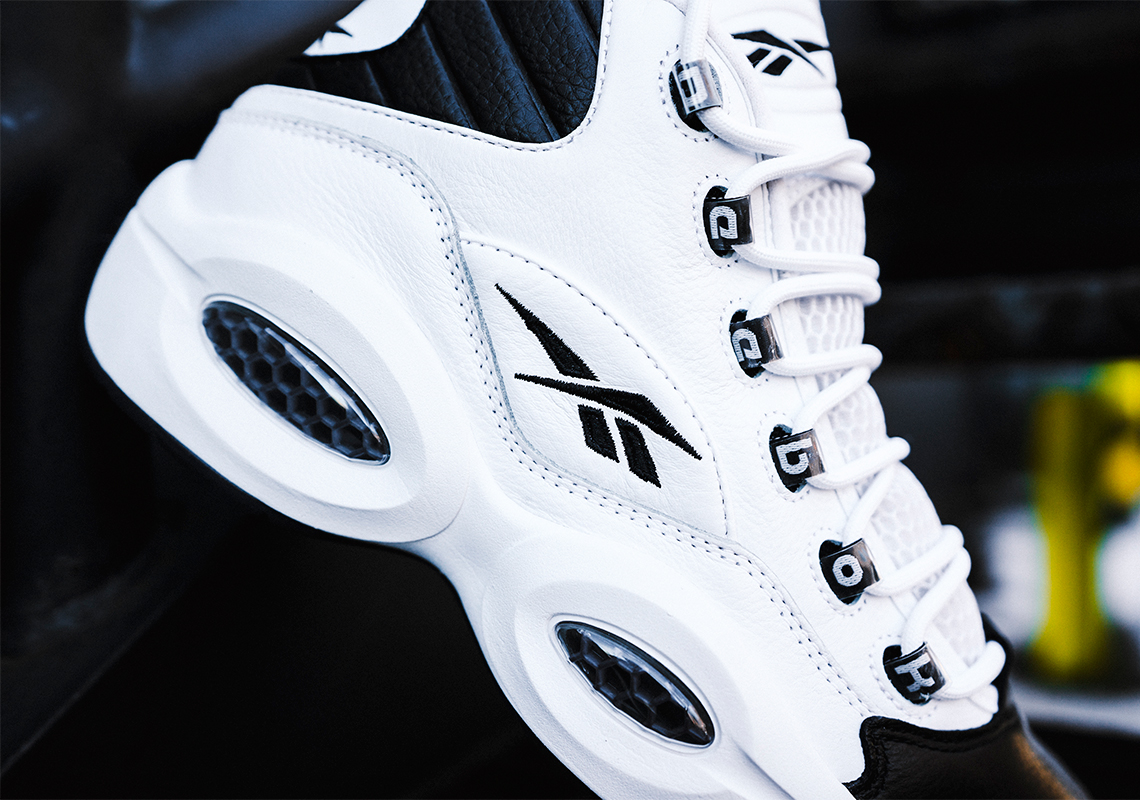 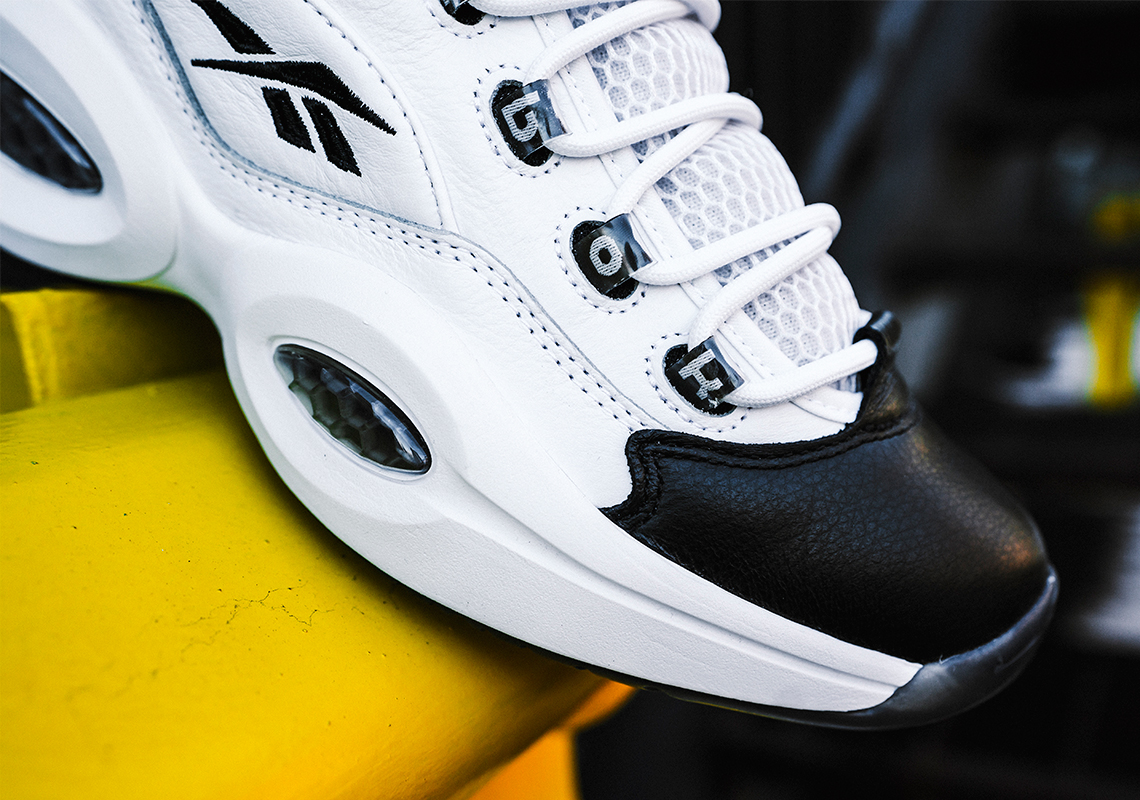 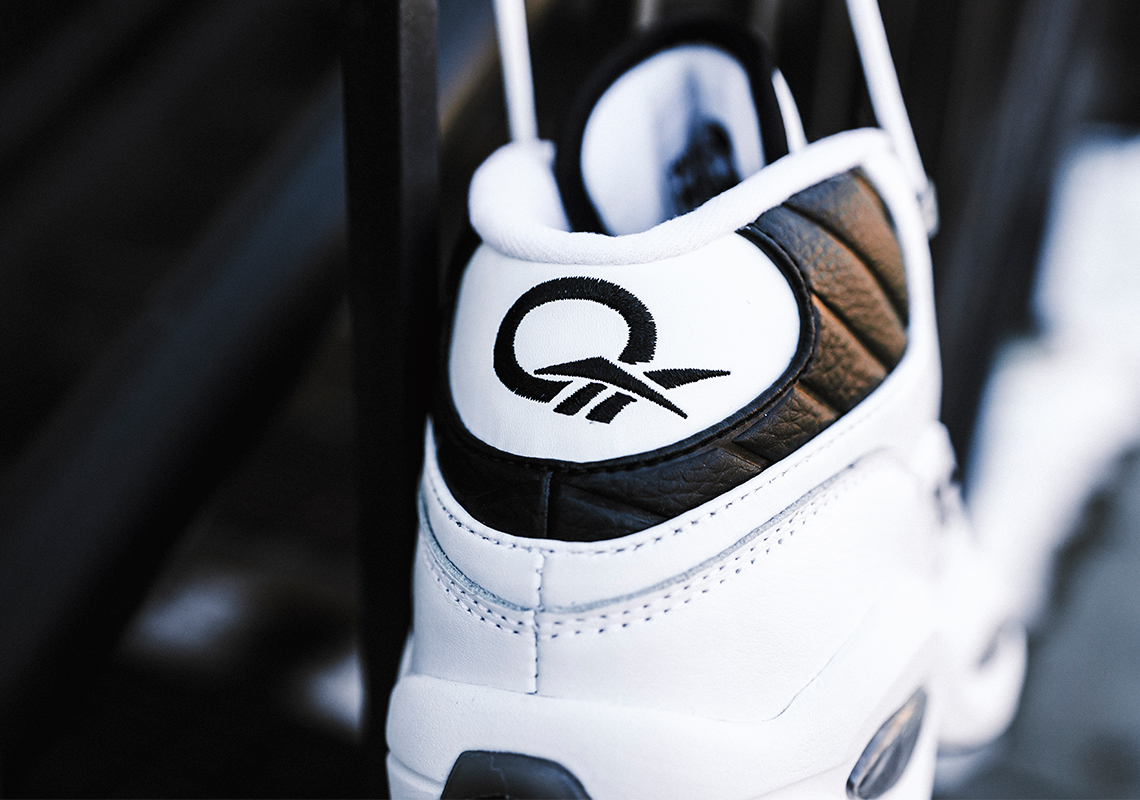 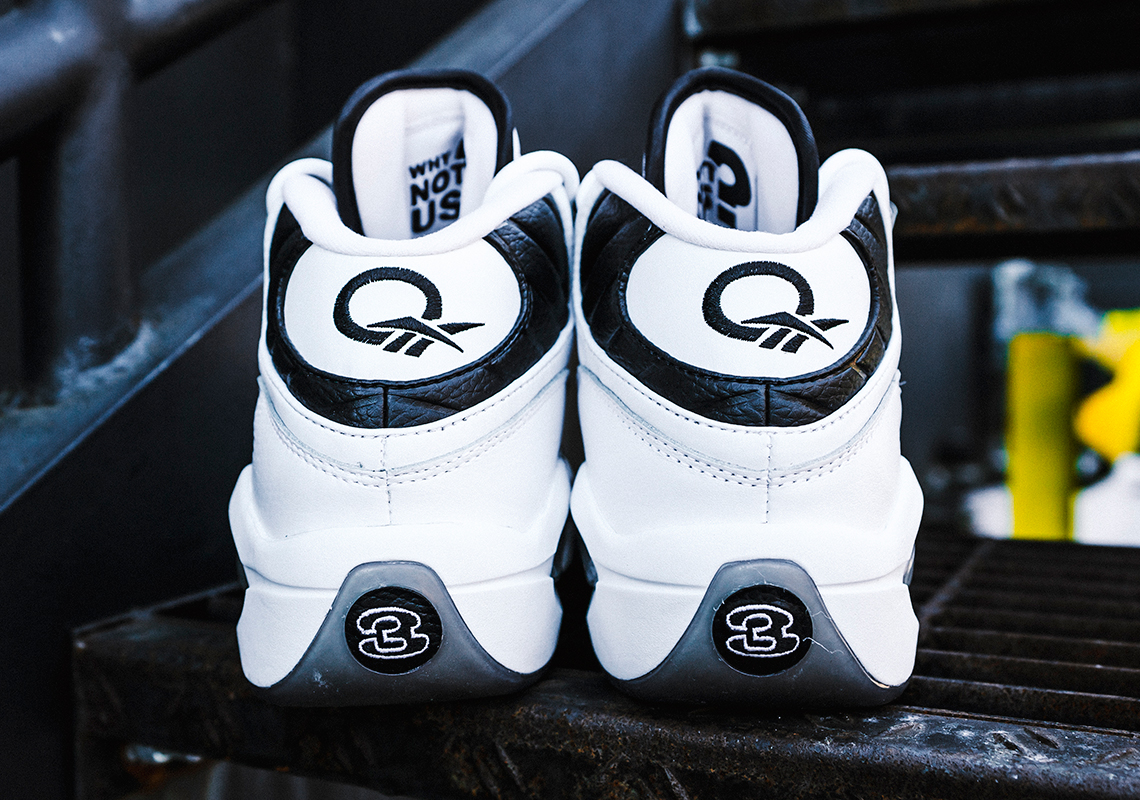