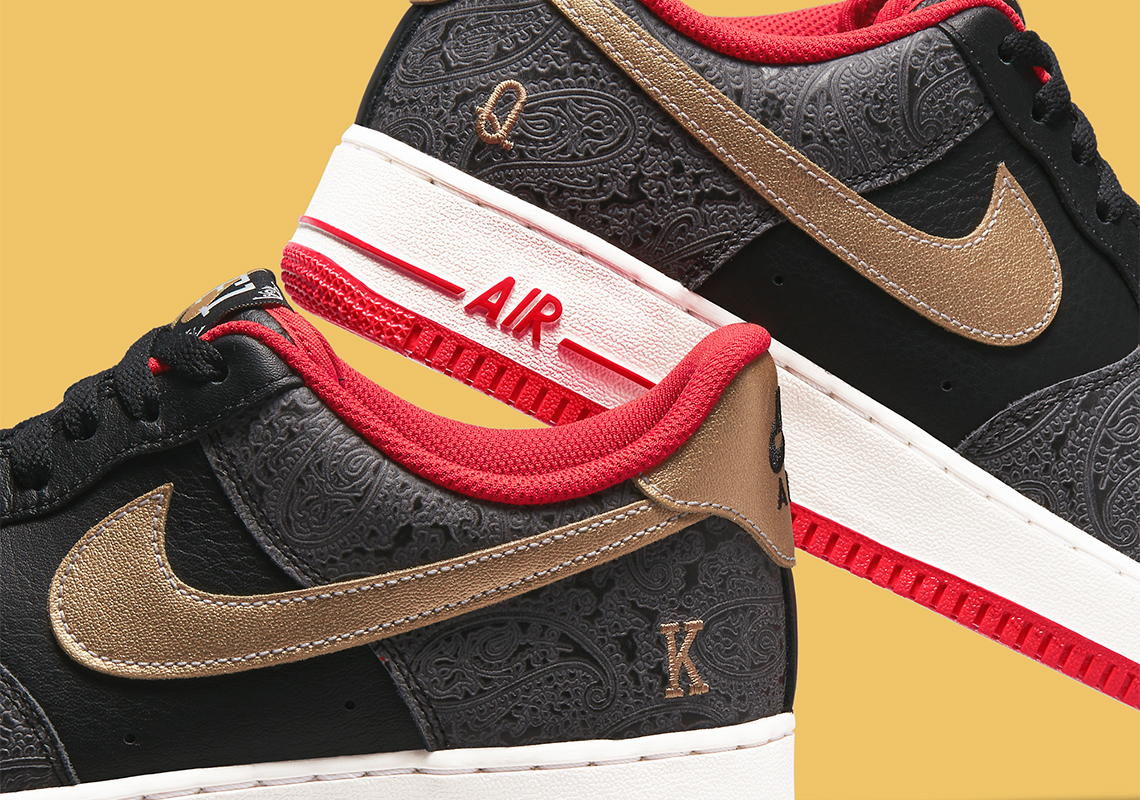 The Nike Air Force 1 has yet another interesting card up its sleeve this year. Soon, following its tie-dye and tri-colored make-ups, the silhouette will celebrate two of the most notable face cards in the game: the King and Queen.

Royalty and regality inform much of the overall colorway. Though clothed primarily in black, the upper easily makes up for its neutral base with ornate, intricately sculpted designs. These, which only dress the back heel as well as the forefoot, resemble the ornate garb of the figures themselves, something you can confirm if you happen to have a deck of cards on-hand. Red, then, details the construction’s trims, such as the tread, the lining, and the “Air” that marks the white midsole. Elsewhere, gilded finishes round off the rest of the arrangement. The luxurious touch calls attention to the spades on the tongue, the “K” and “Q” embroideries behind, and the glistening leather overlays adjacent.

For a close-up look, see the official images below. A release will likely hit Nike.com and select retailers soon.

In other news, the Air Force 1 Shadow Goddess of Shadow was also revealed. 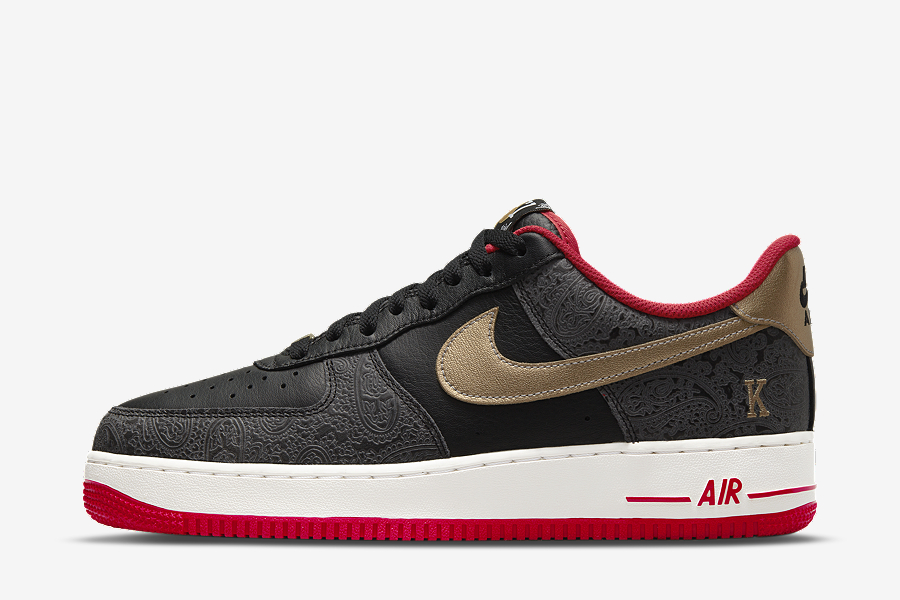 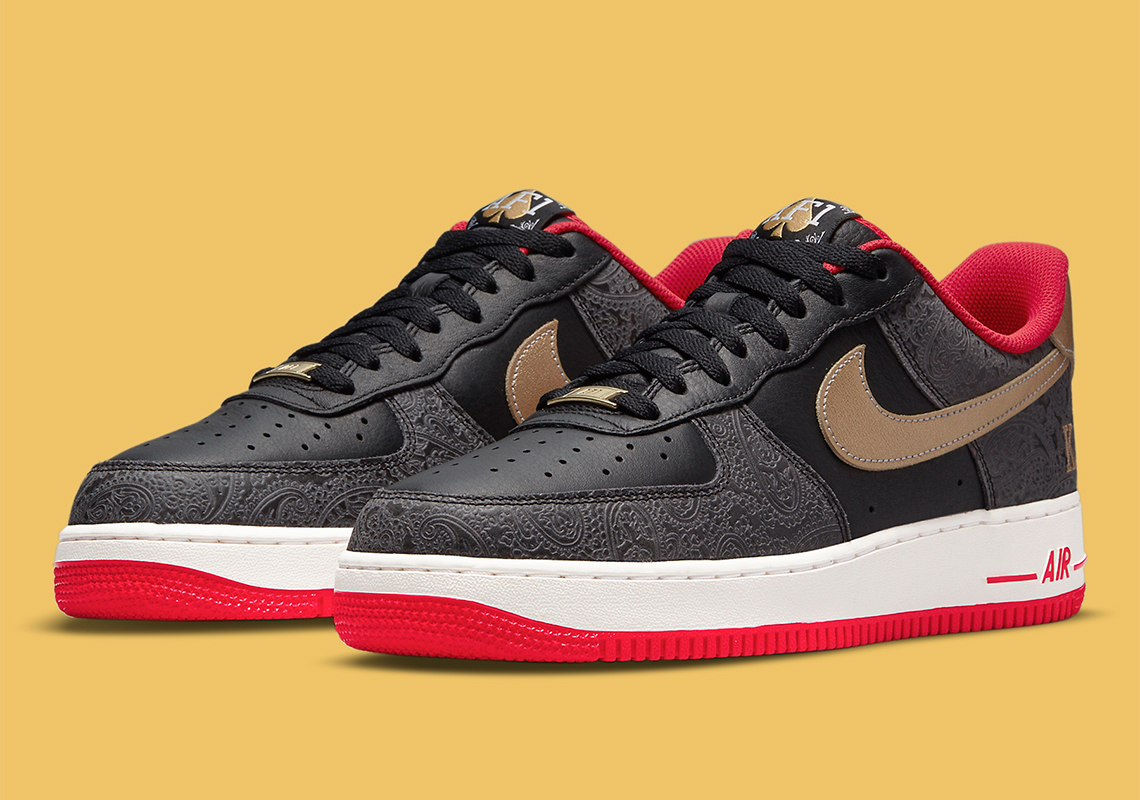 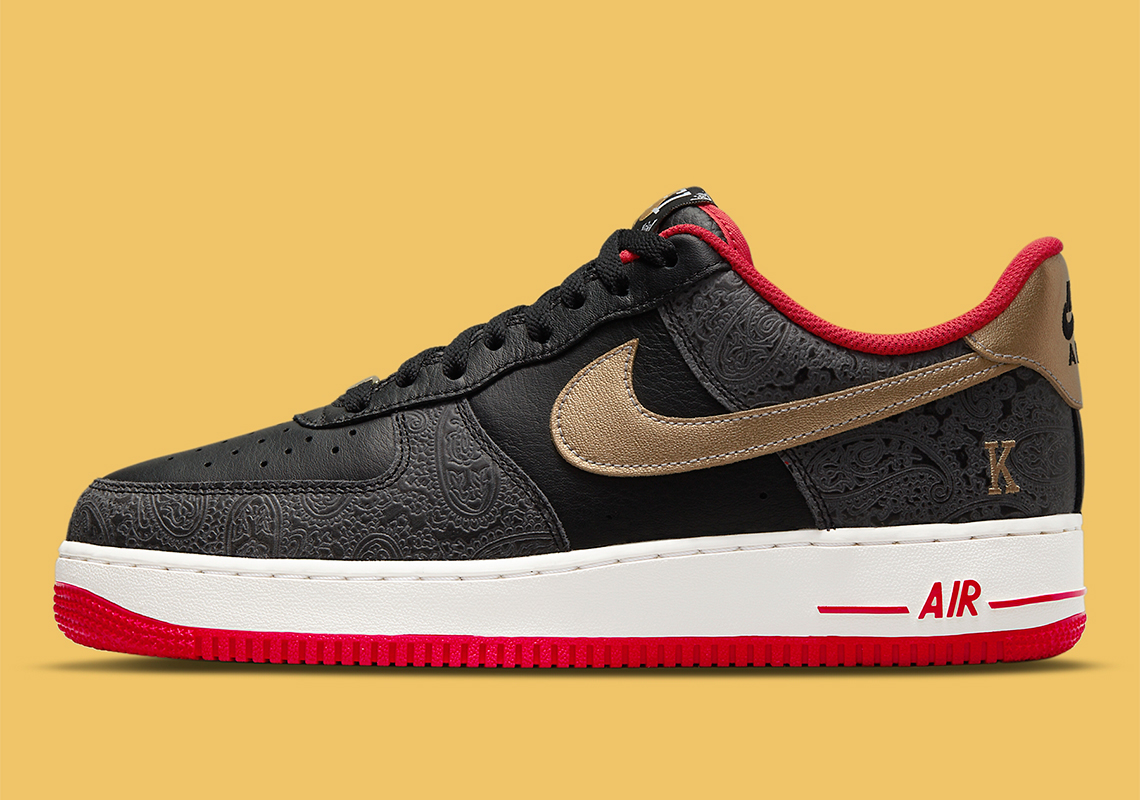 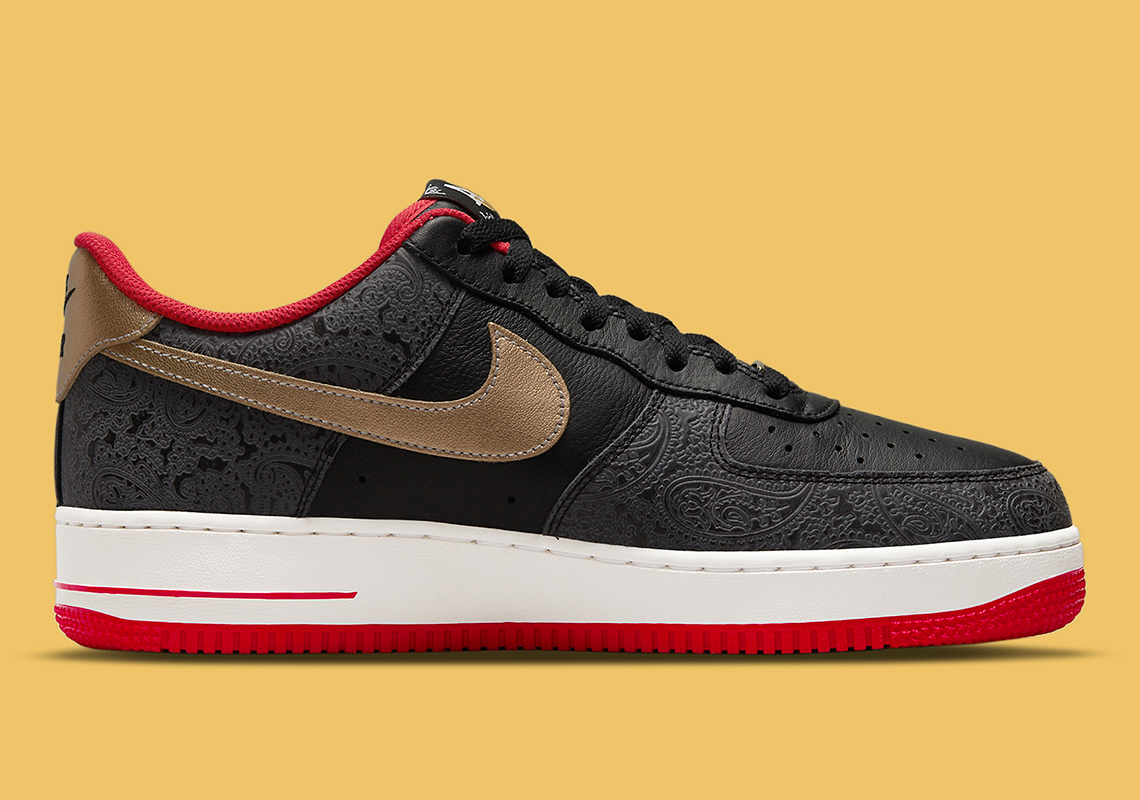 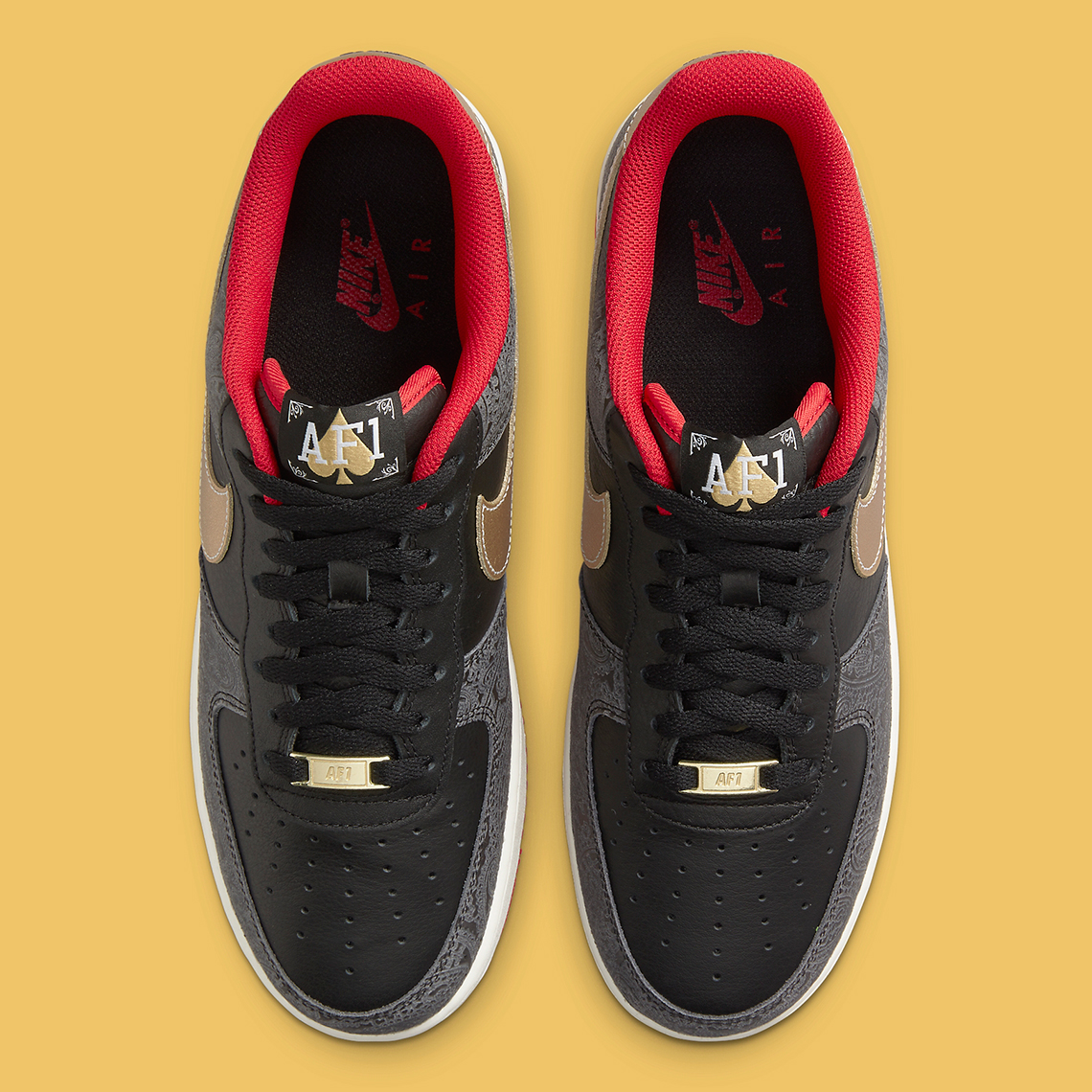 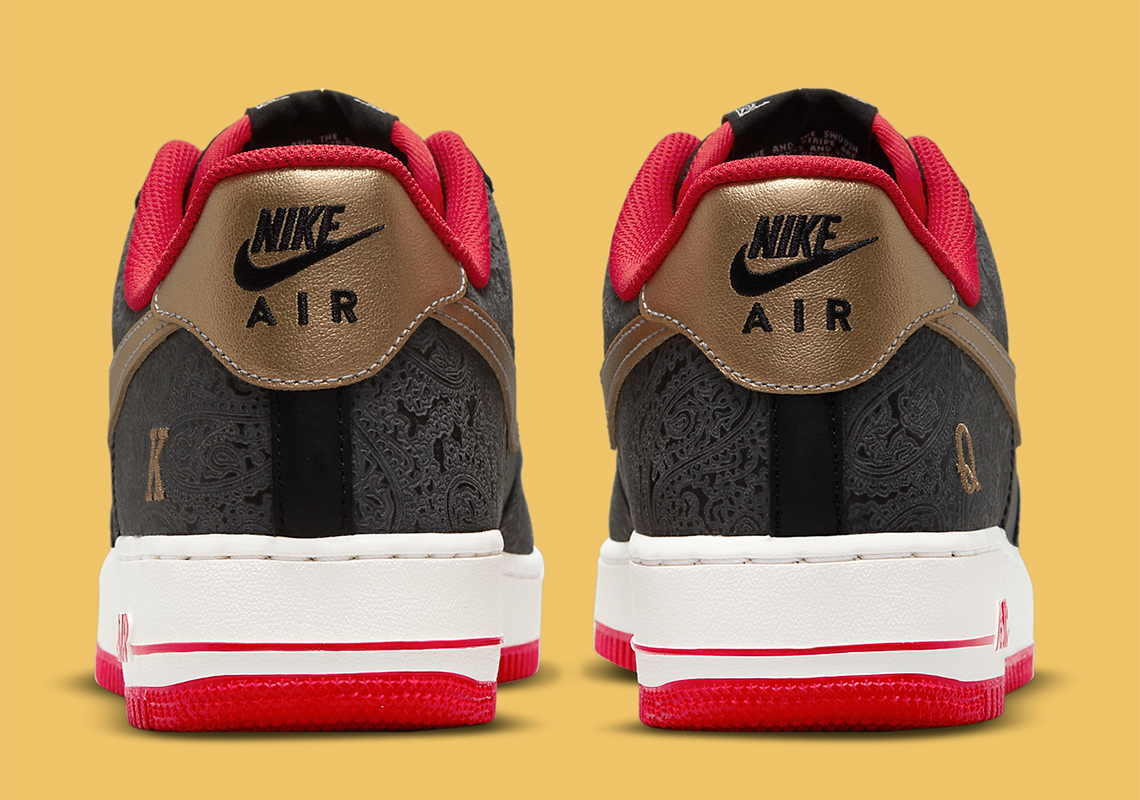 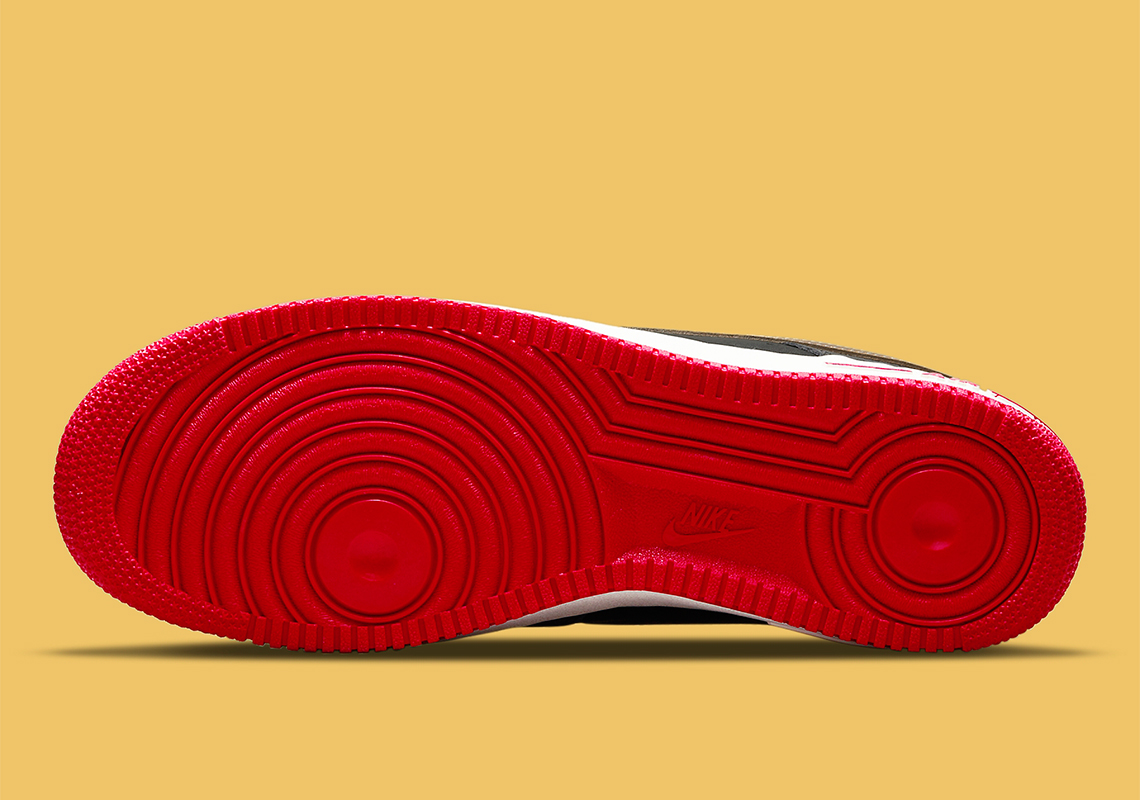 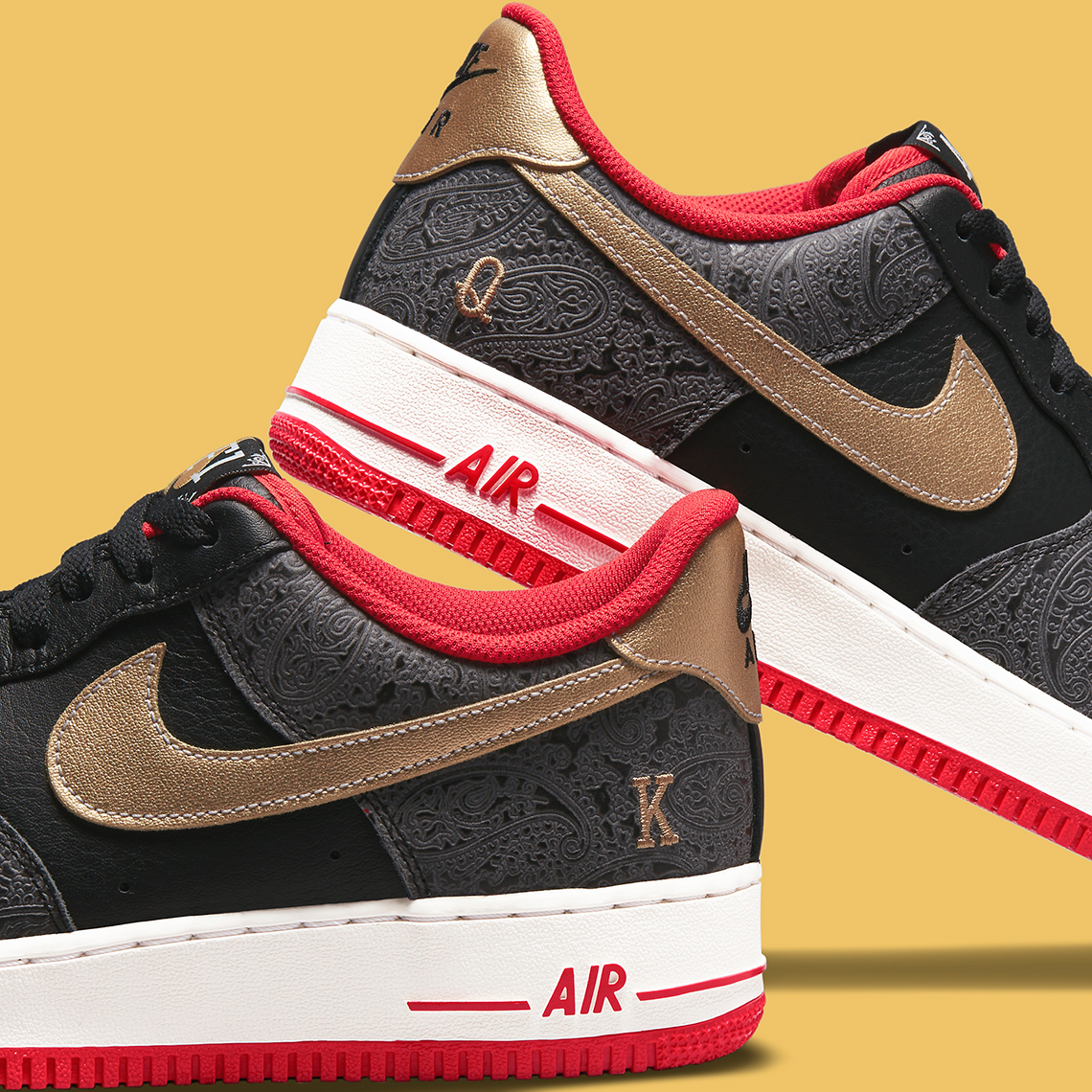 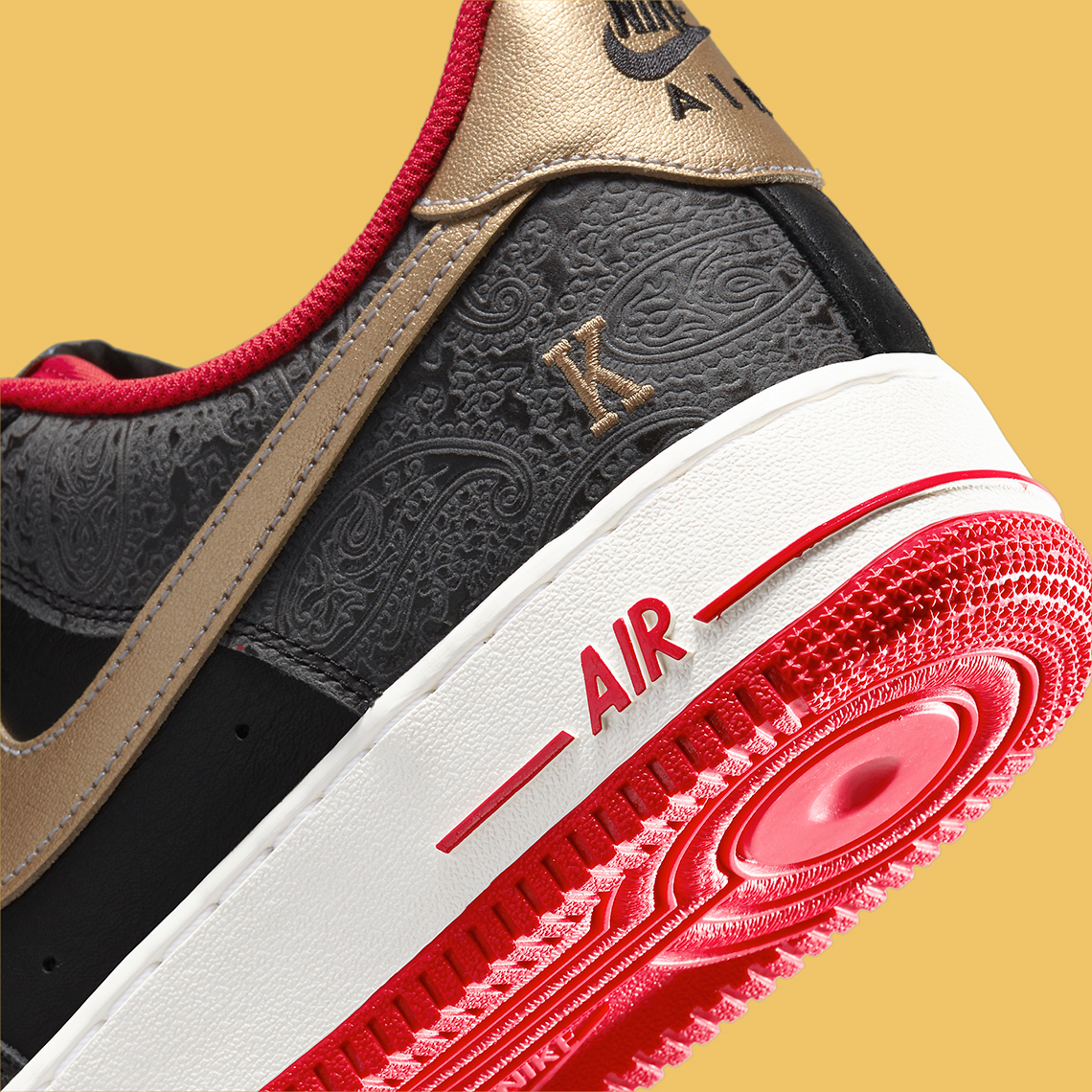 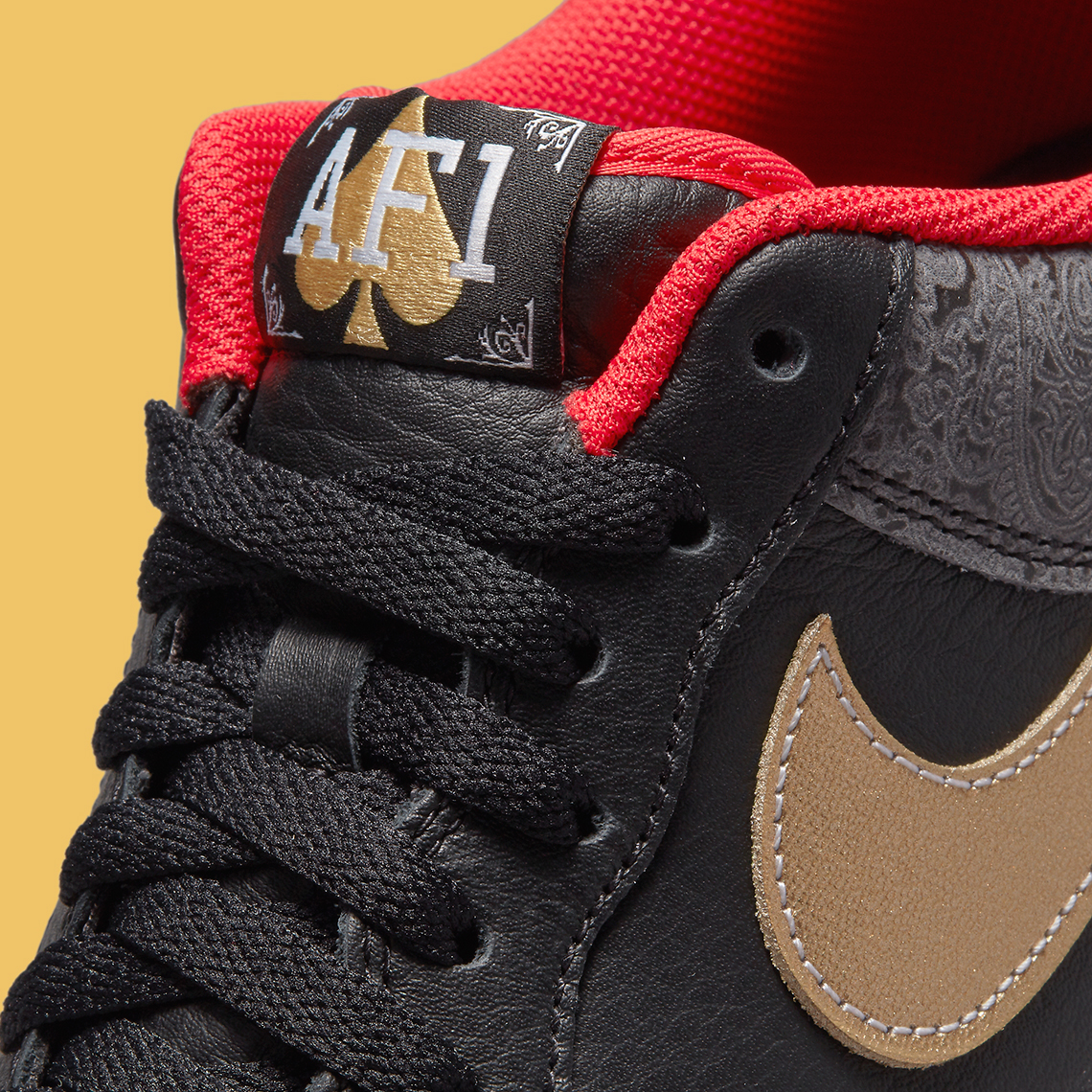 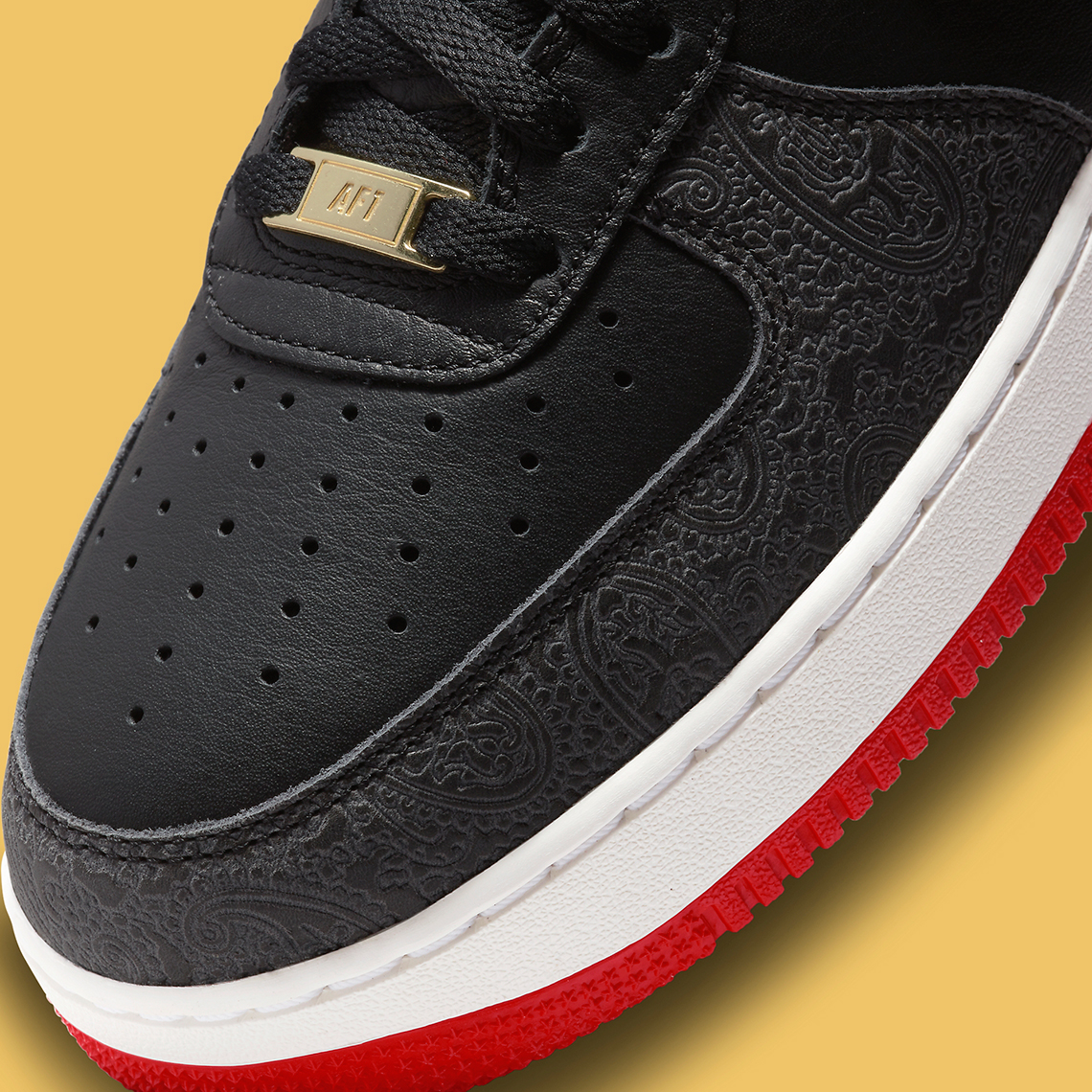