Over the last 34 years, Nike Air Max technology has been featured in hundreds of footwear propositions for running, basketball and everything in between. And while the visible Air cushioning has inspired revolutionary design, the North American brand has ensured the Air Max 1, the shoe that started it all, has remained within its offerings. For its latest proposition, the model has emerged in a mismatched arrangement as part of the “Evolution of Icons” collection.

As with Tinker Hatfield’s original design, the forthcoming pair features a “White/University Red/Neutral Grey/Black” color palette. Instead of simply being a reissue of that inaugural style, however, the newly-surfaced Air Max sneaker nods to various silhouettes featuring the game-changing technology: gradient suede swaths and TPU upper eye-stays are borrowed from the Air Max 95 and Air Max 90, respectively, while insoles including printed images of nine other designs à la sneaker’s “History of Air” colorway from 2006. The shoe’s disparate, eye-catching accents are accompanied by glossy detailing on the heels, the left of which features a debossed “3.26” suggesting the pair is releasing on Air Max Day 2021.

Enjoy official images of the latest “Evolution of Icons” entry ahead, and anticipate a Nike SNKRS launch on March 26th.

Elsewhere under the NIKE, Inc. umbrella, the Air Jordan 1 “Hyper Royal” is scheduled to launch on April 17th. 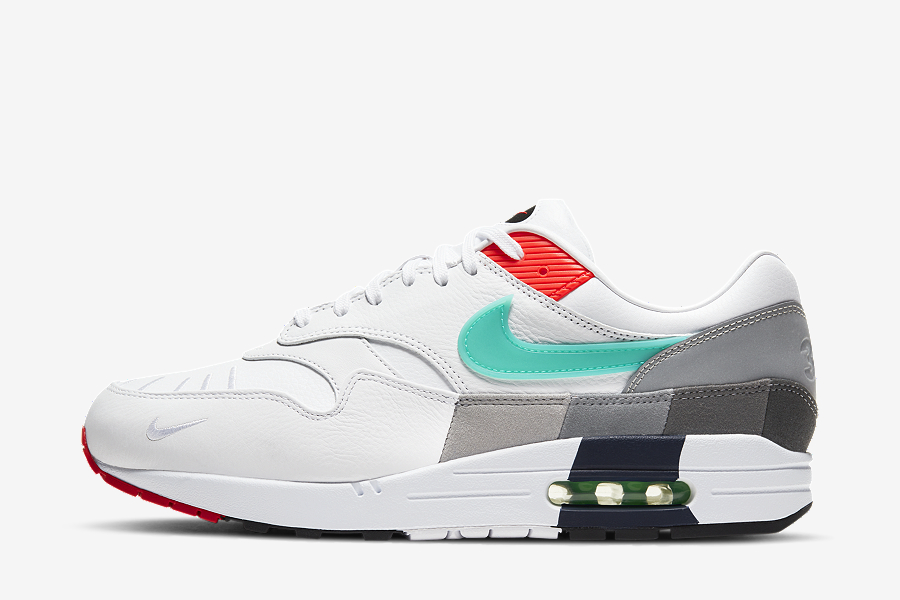