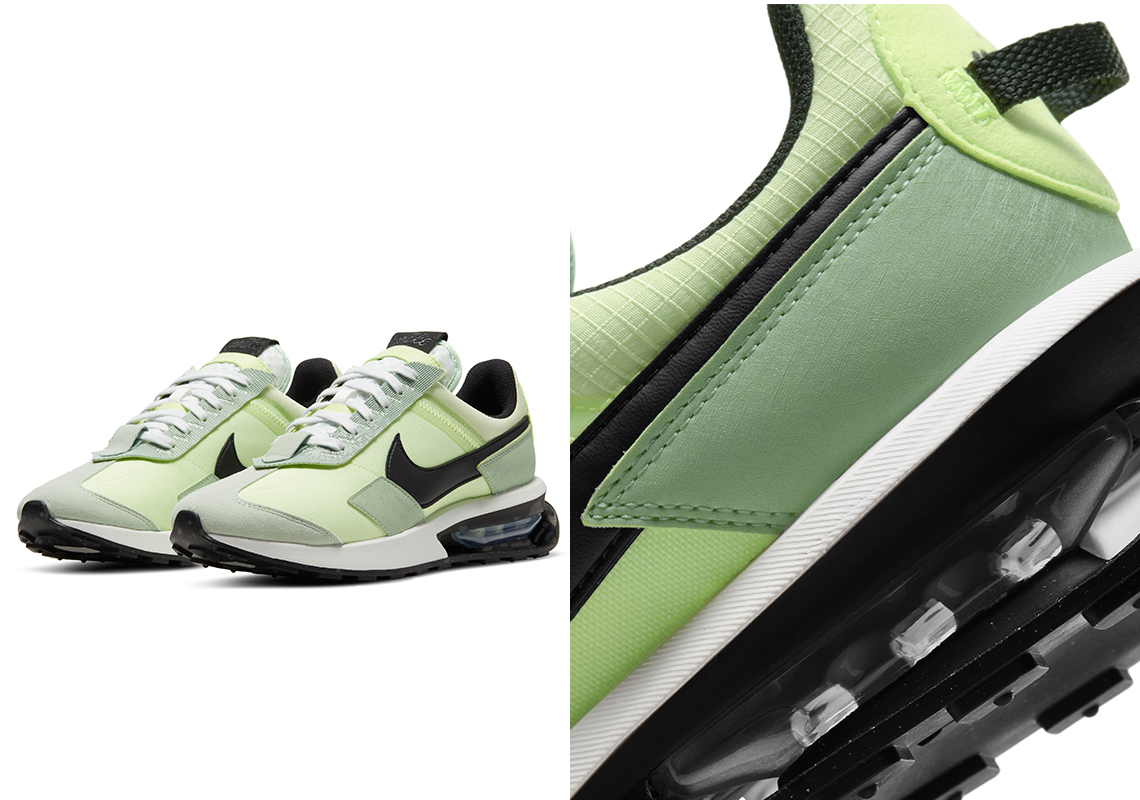 Since 2014, Air Max Day has served to refresh the decades-old innovation in two ways – re-issuing sought after classics, and introducing new chapters into the legacy. That formula has kept Air Max in peak awareness particularly during the month of March, and 2021’s no exception thanks to the return of the Air Max 90 “Bacon” and CLOT Air Max 1 as well as the revelation of the Vapormax Evo. Continuing to bridge the earlier foundational era of Nike with the modern-day techniques, Nike is ready to unveil the Air Max Pre-Day, a fully reductive design that pays homage to the Nike running era that came before the advent of Air Max.

The nod to olden days is rather clear with the Air Max Pre-Day as the upper takes clear influence from the late 70s era of runners – namely the Waffle. There’s a clear modernized effort with the floating eye-stays, heel pull-tabs, and stacked tongue, but the clear visual champion is the midsole design. The Air unit is entirely cored out, separating the cushion from surrounding TPU. The wider sole and scooping heel also allows for steady foot-planting that allows for maximum coverage of the Air unit.

The Air Max Pre-Day also champions the brand’s Move To Zero initiative as the vamp, quarter, and laces are 100% recycled polyester; 100% recycled synthetic suede tip, back tab, tongue overlay also make up the this sustainability-focused shoe.

Expect a release of this light-green colorway on Air Max Day (March 26th) for $130 on SNKRS and select retailers. Other washed-out versions of ’70s running styles will be available later this year. 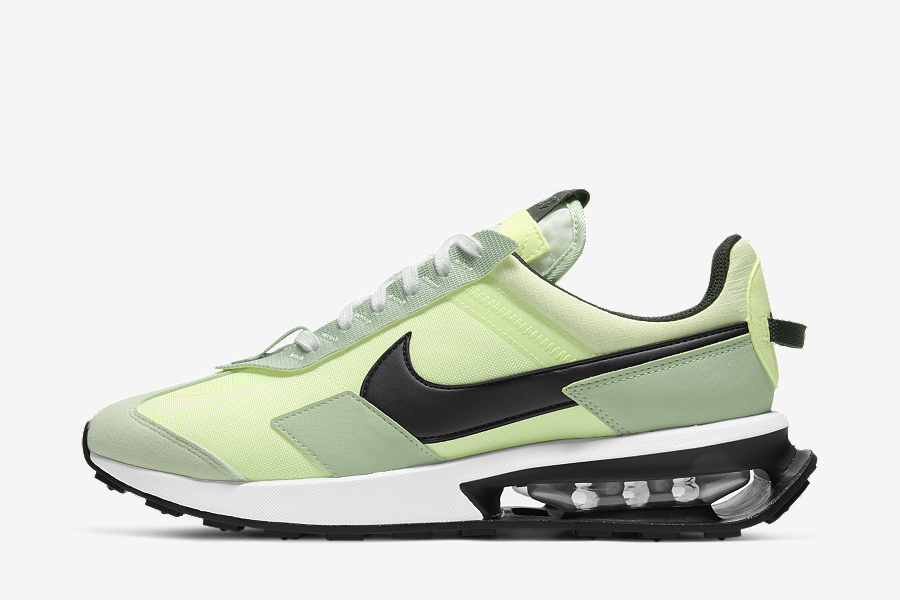 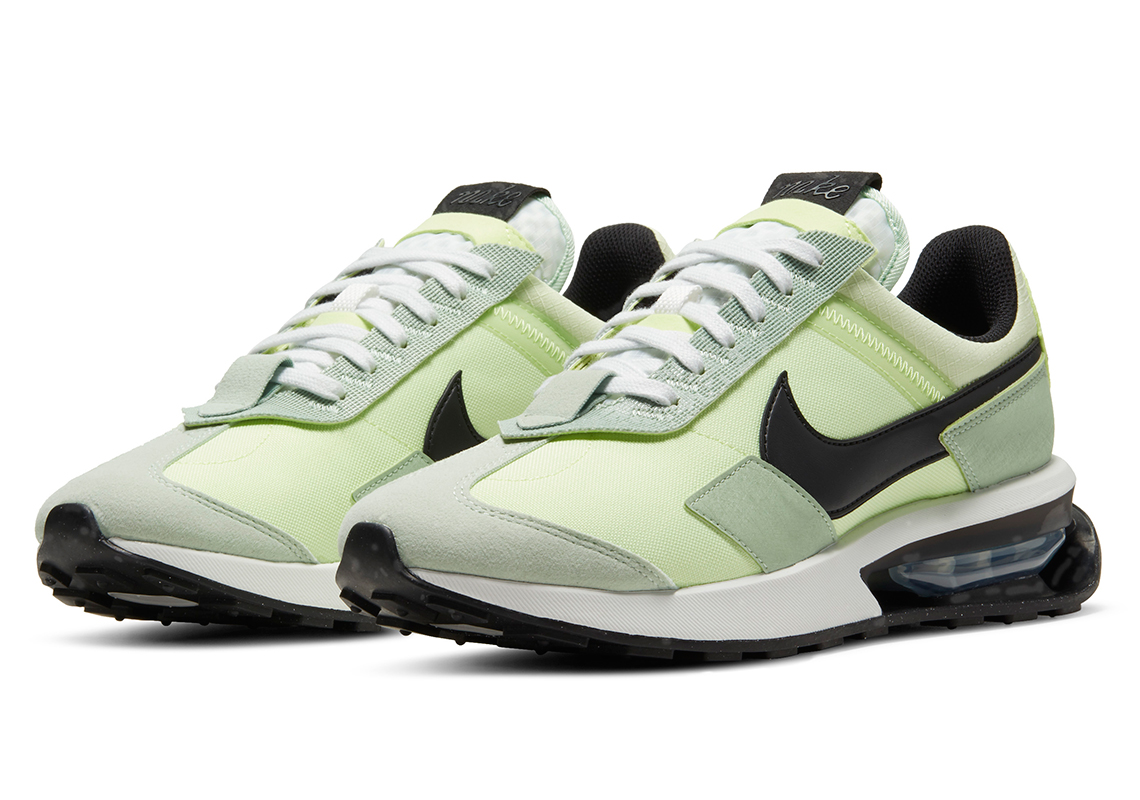 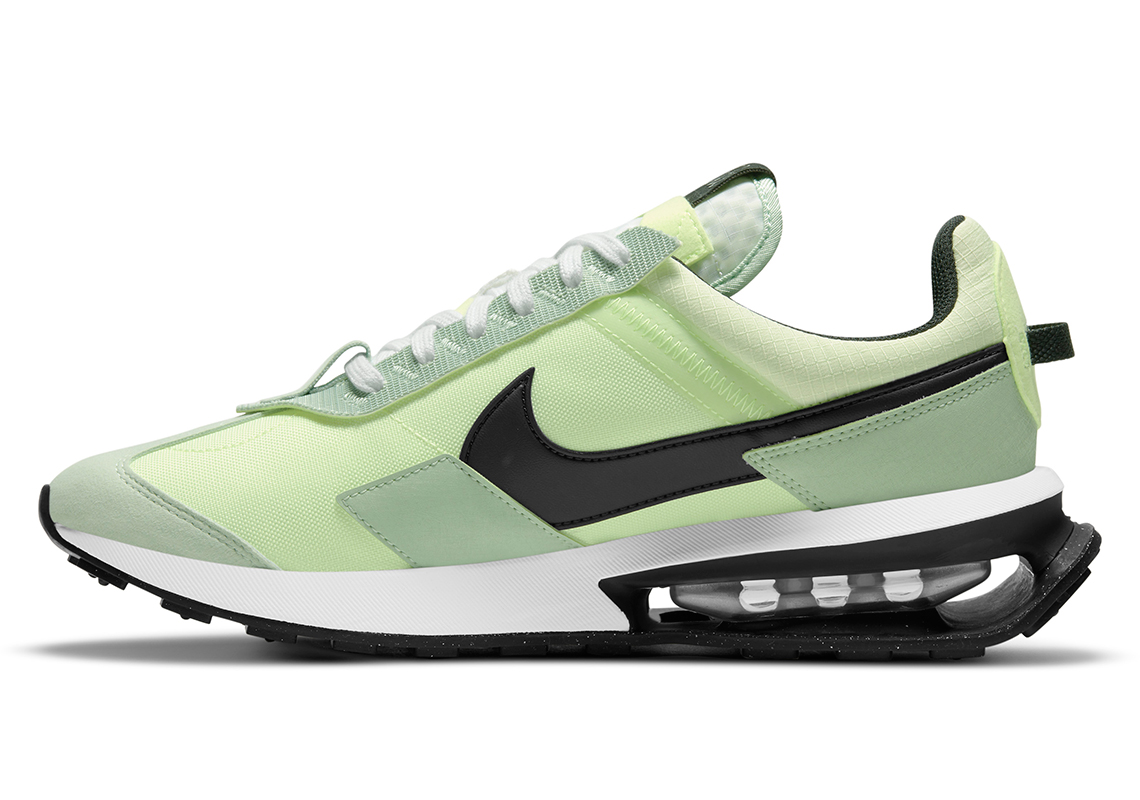 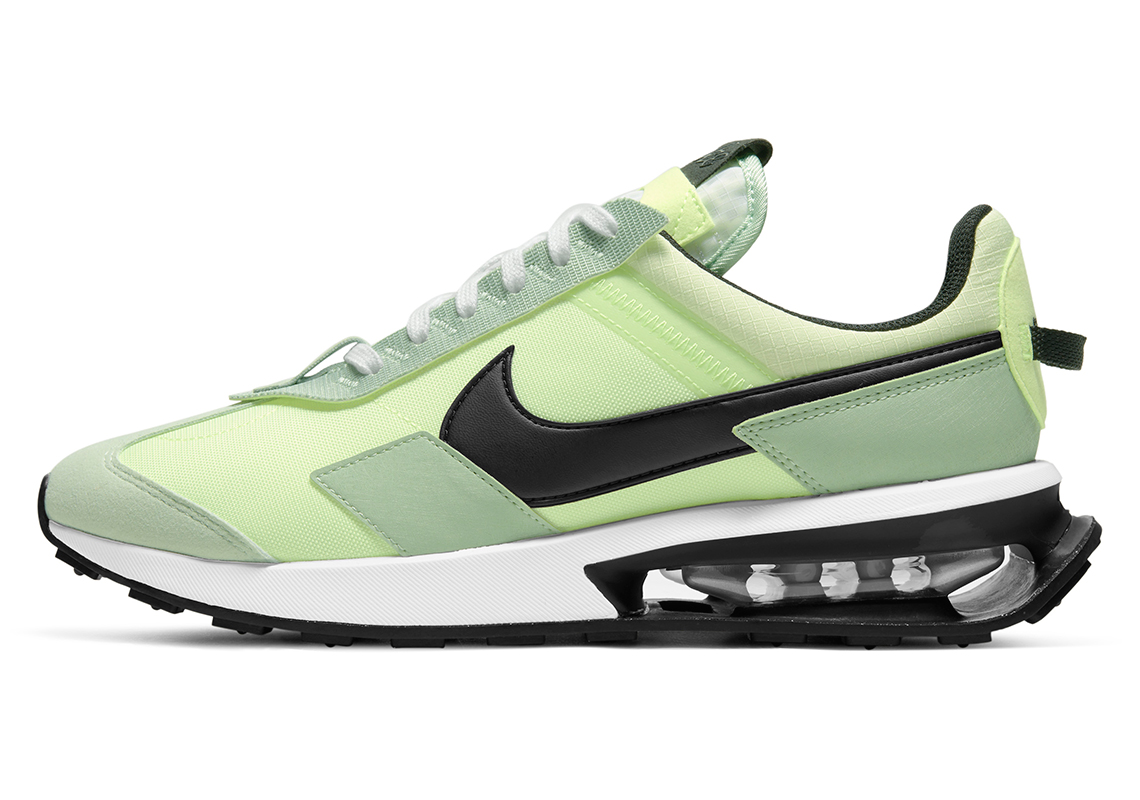 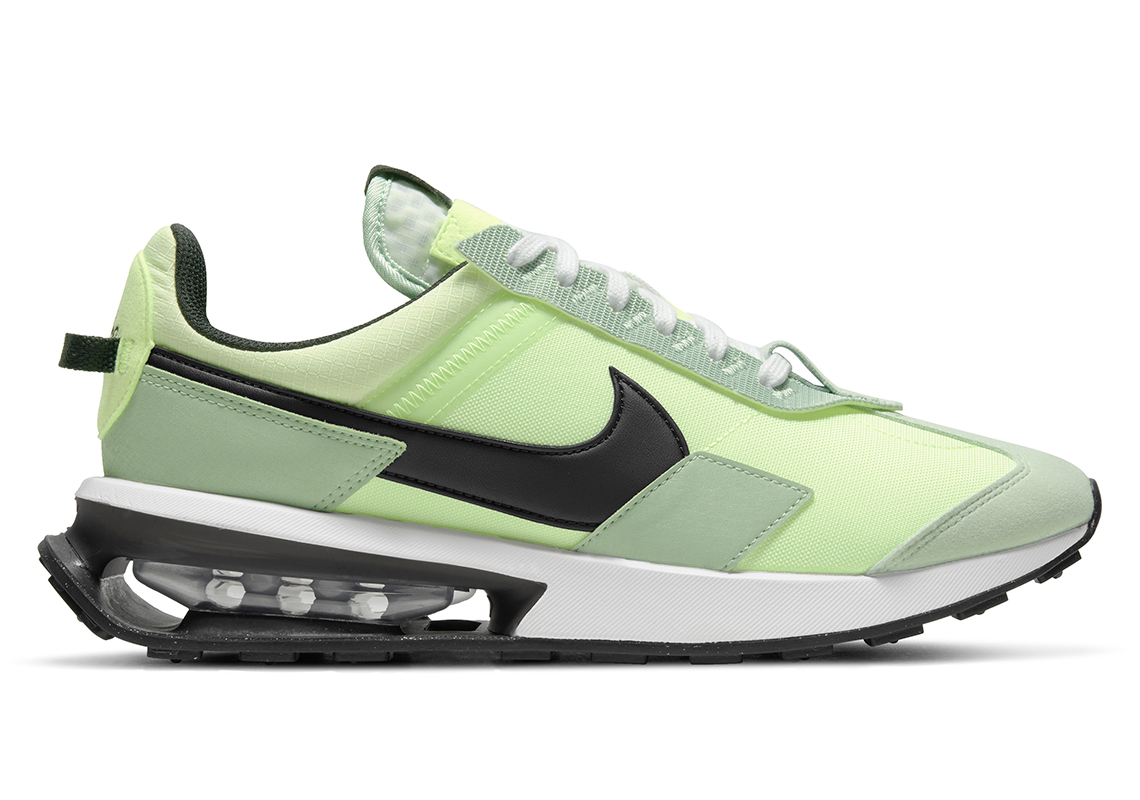 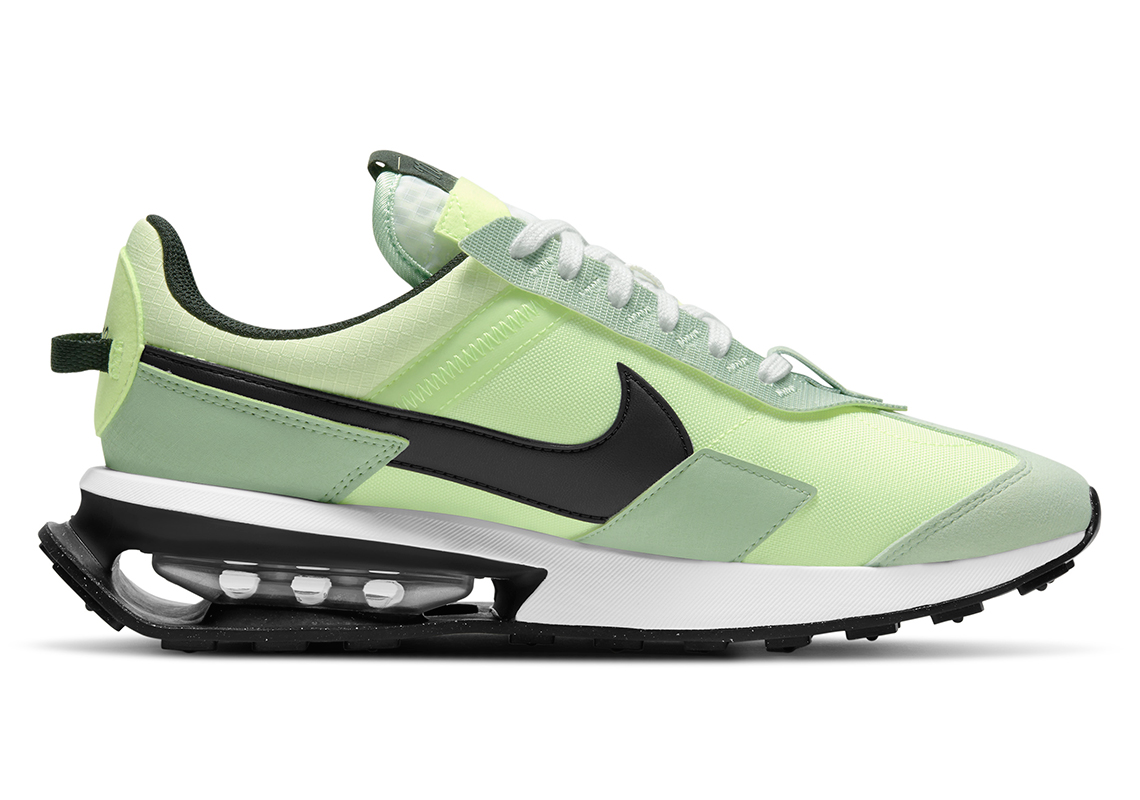 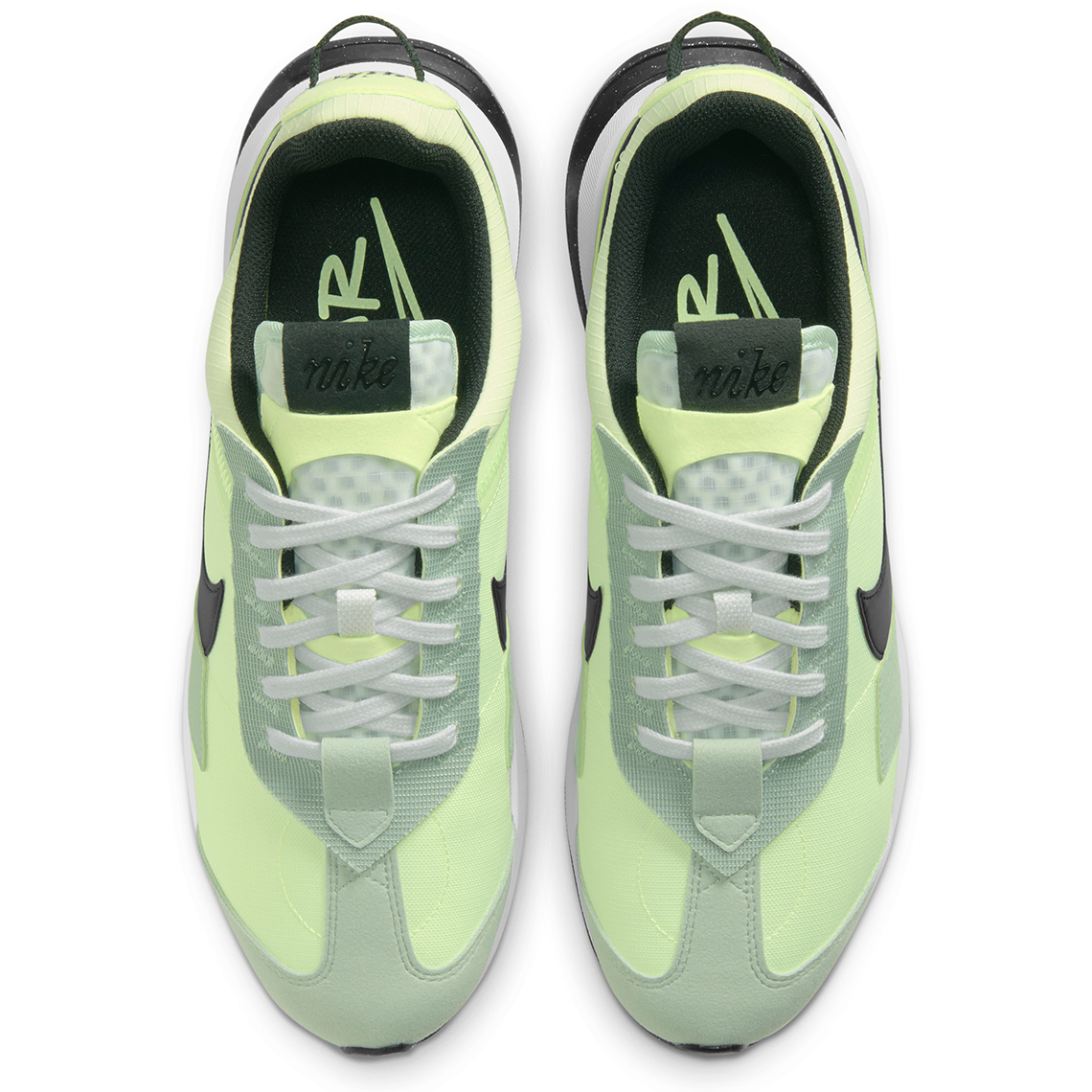 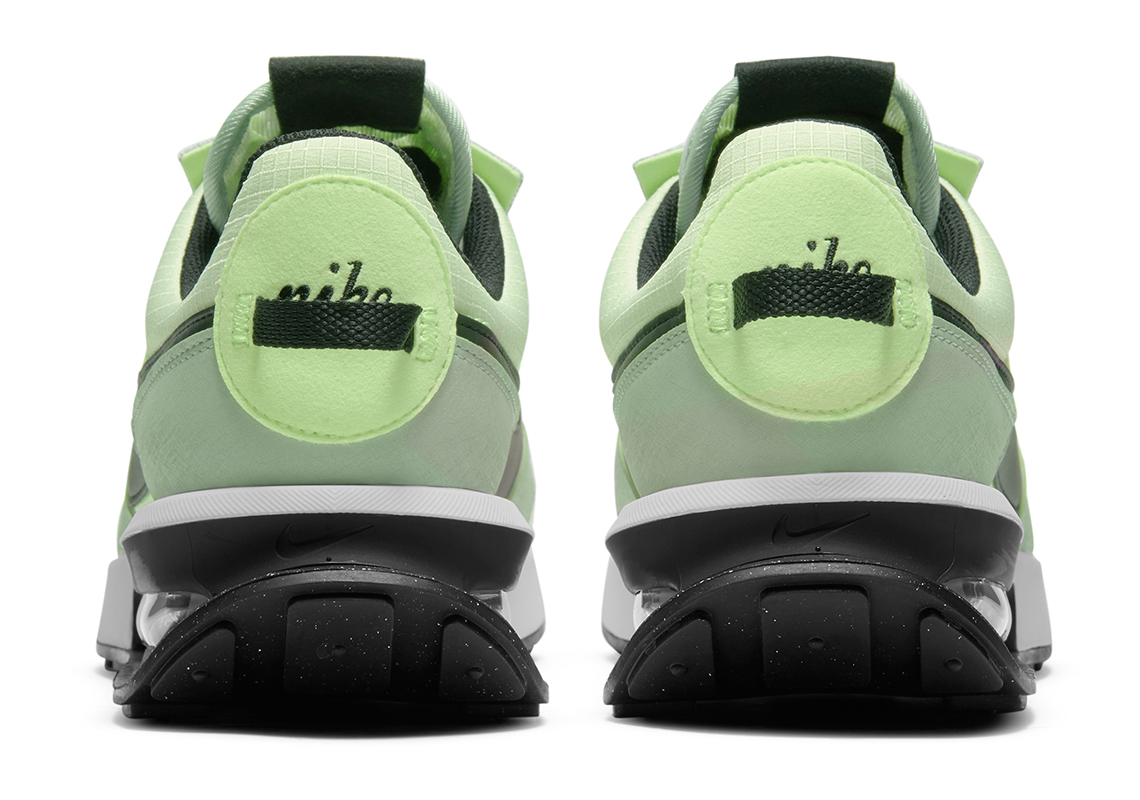 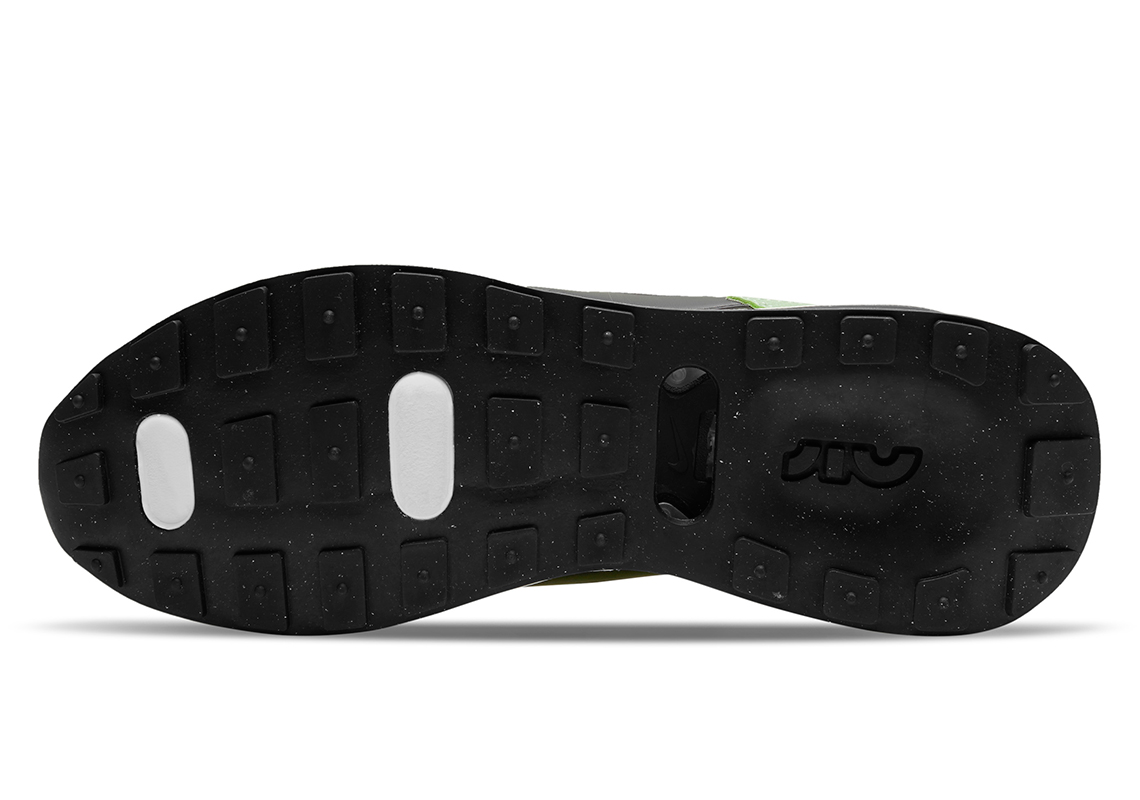 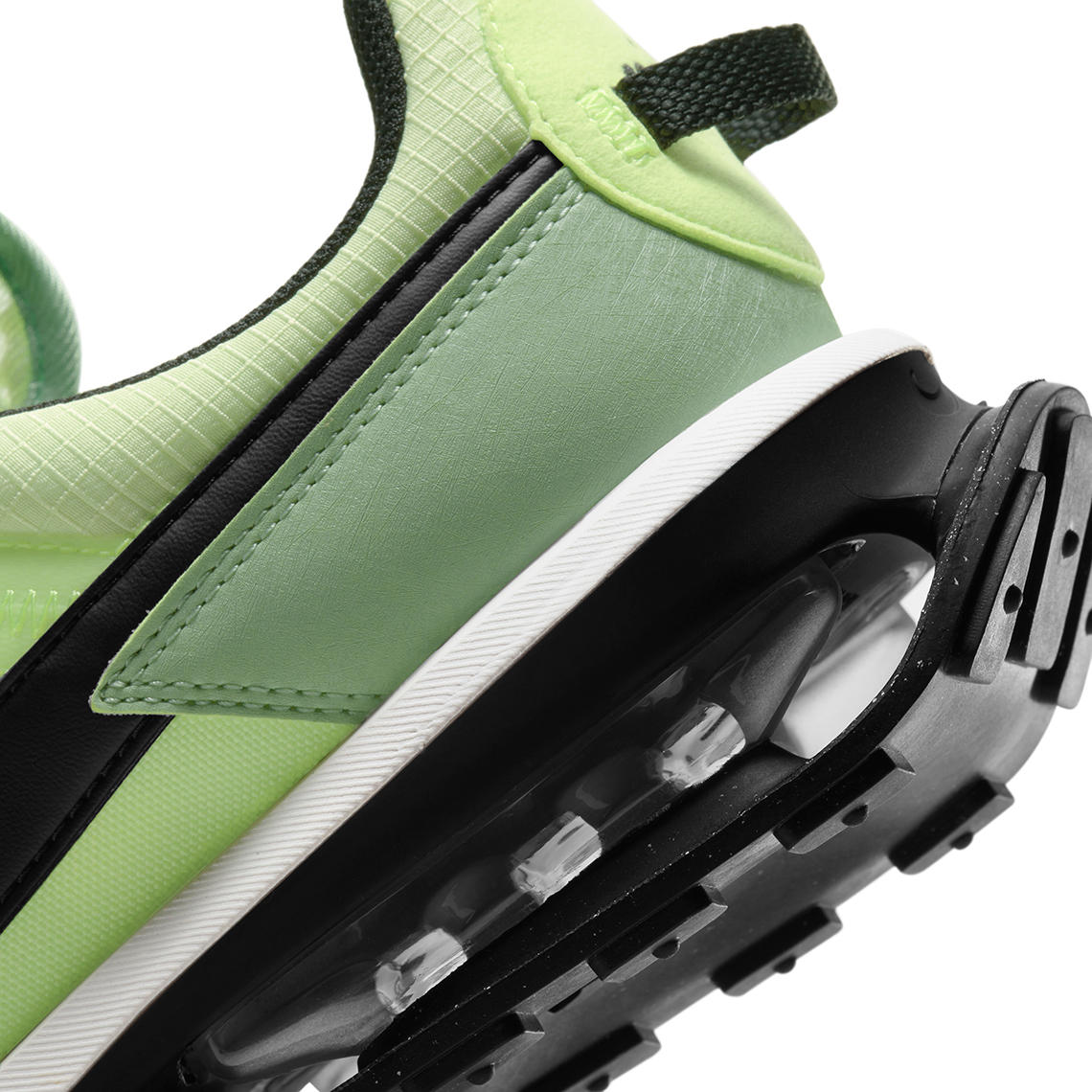 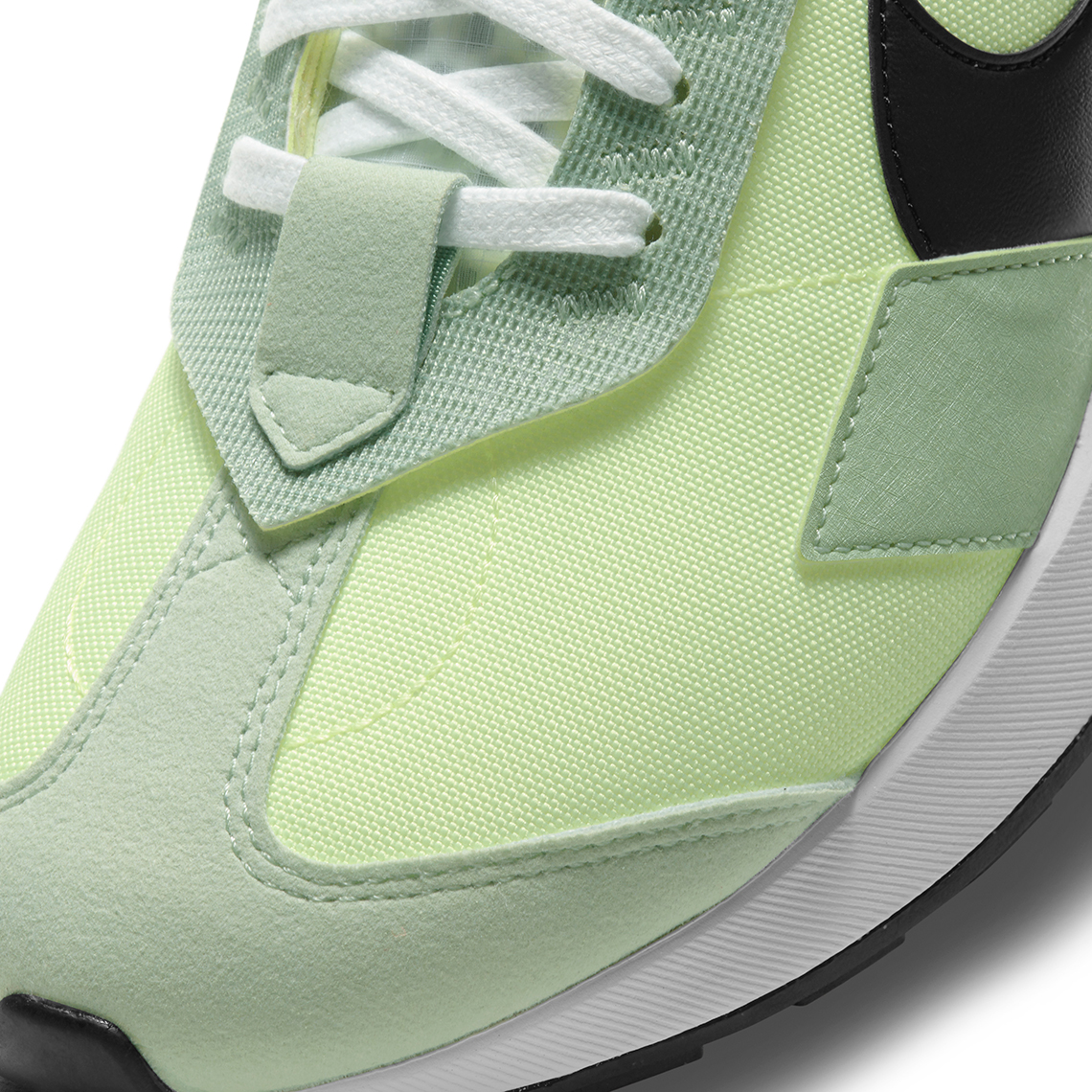 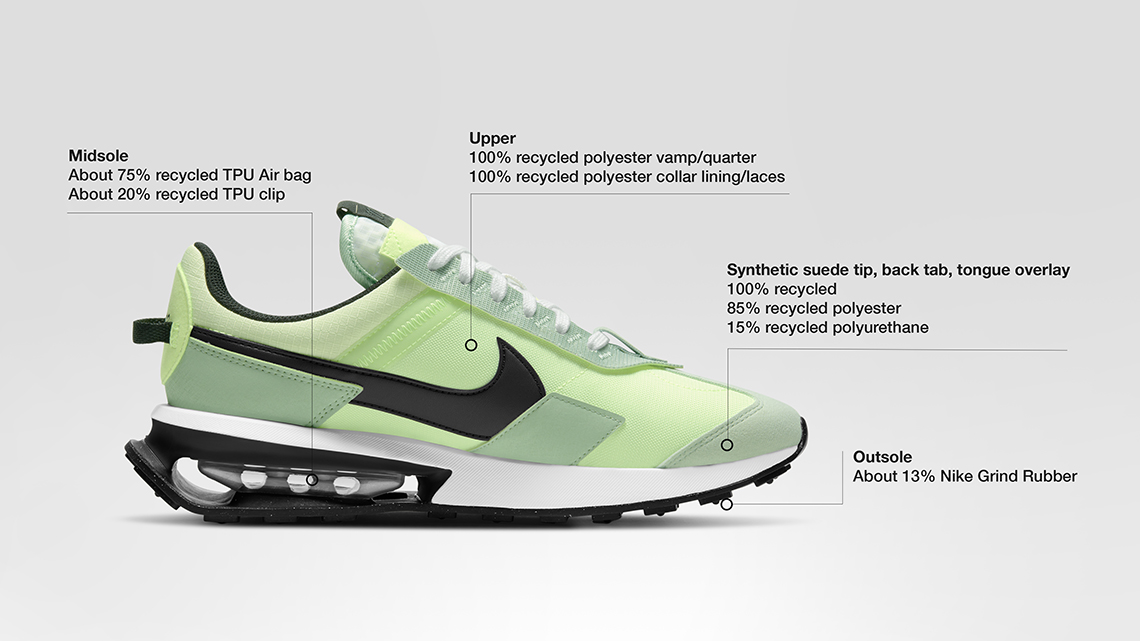 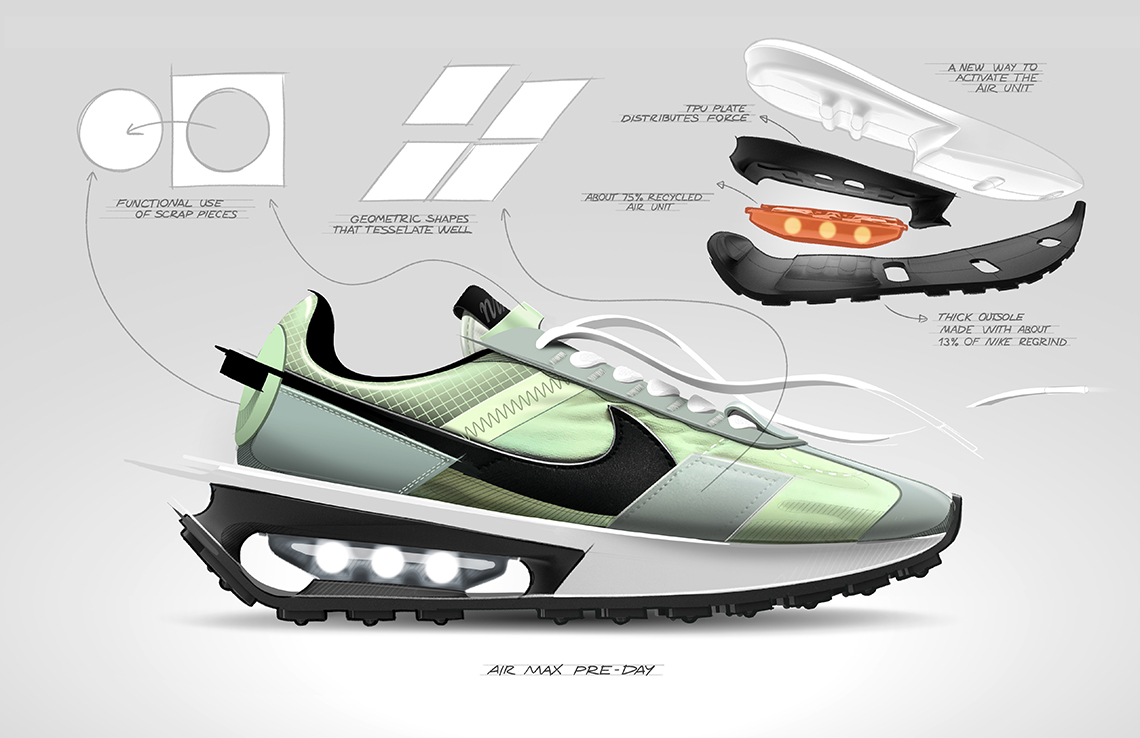