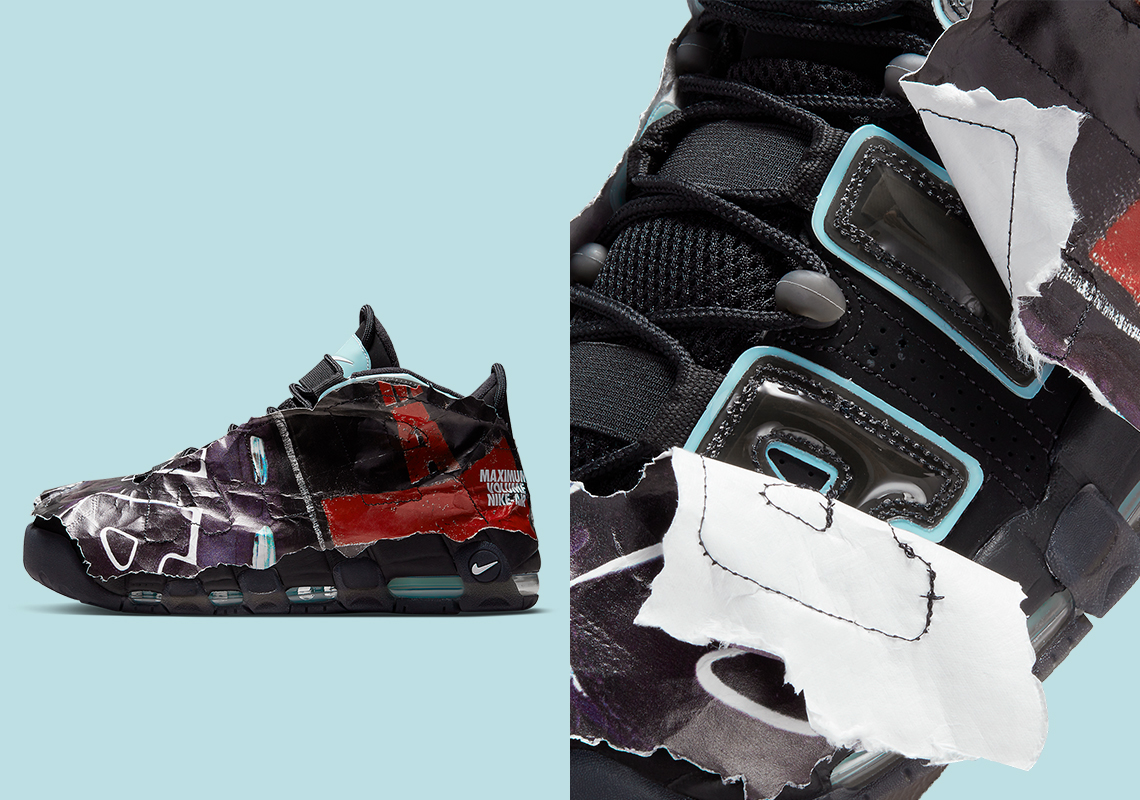 As the modern generation of sneaker fanatics continue to gravitate to Nike models of the past, it’s imperative to keep the origin stories of time honored classics alive. Nike has taken a rather unique effort to this type of nostalgic storytelling by literally wrapping its footwear in paper exteriors that depict classic illustrations and ads that were launched alongside the shoe’s first run. We’ve seen such executions on the Dunk Low “Flip The Old School” and the Air Force 1 Shadow “Victory”; now it arrives on the Air More Uptempo, arguably the most recognizable Nike Basketball sneaker of the 1990s.

The exterior paper draws connection to a familiar two-page ad spread that featured Scottie Pippen, with copy geared towards the Atlanta Olympics in 1996. Beneath the covering is a black suede iteration with a glossy light blue border around the AIR lettering and bright red logo accents at the toe and heel. Now, it all depends on if you choose to leave the paper exterior on or off.

A release date for the Nike Air More Uptempo “Maximum Volume” has yet to be revealed, but expect a launch this summer season. 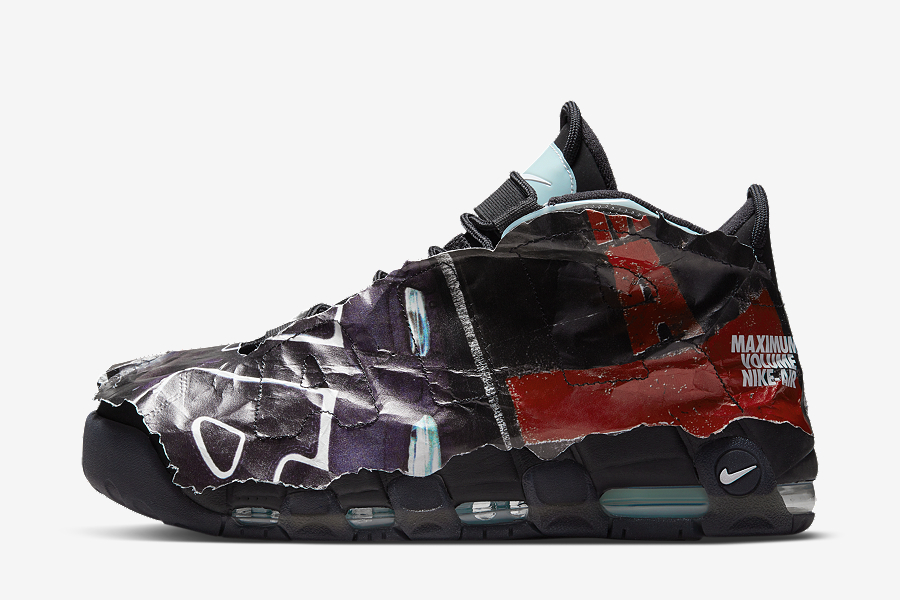 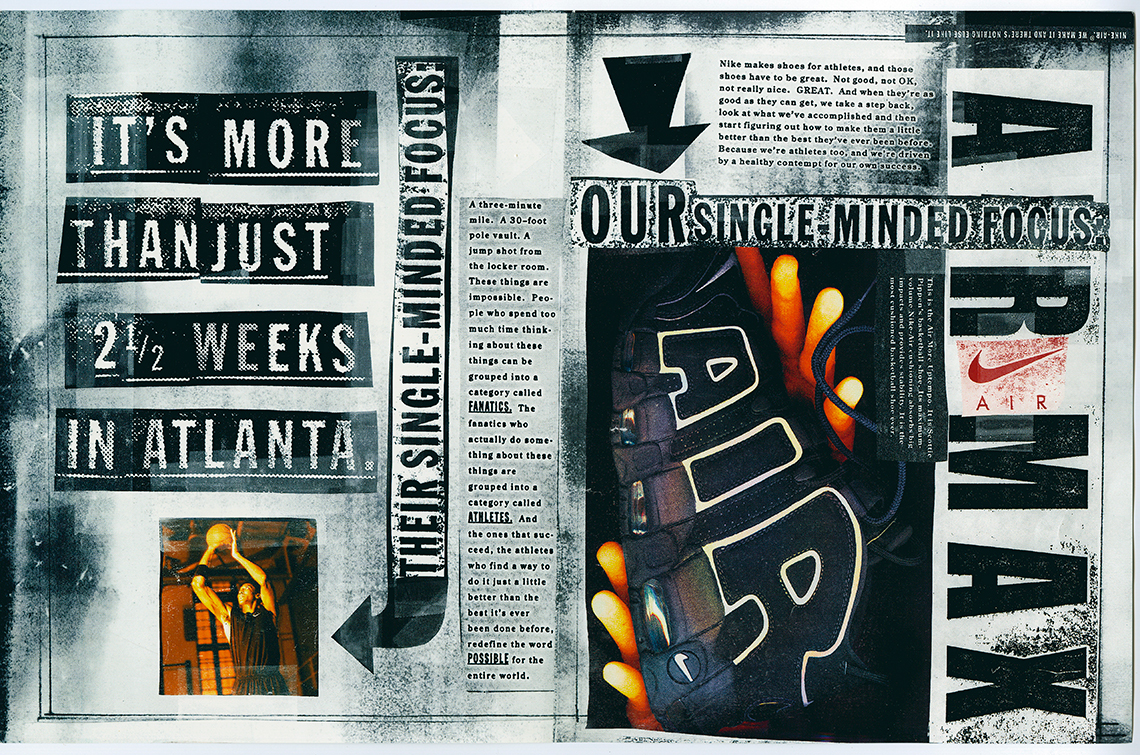 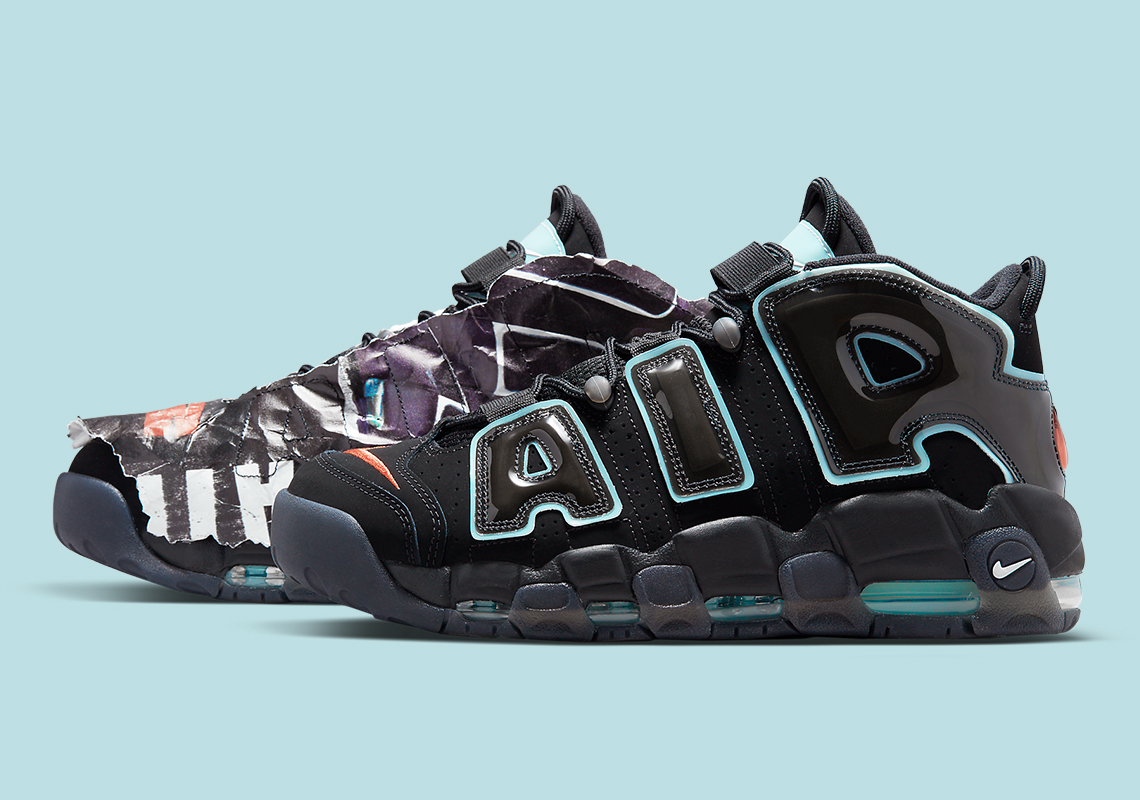 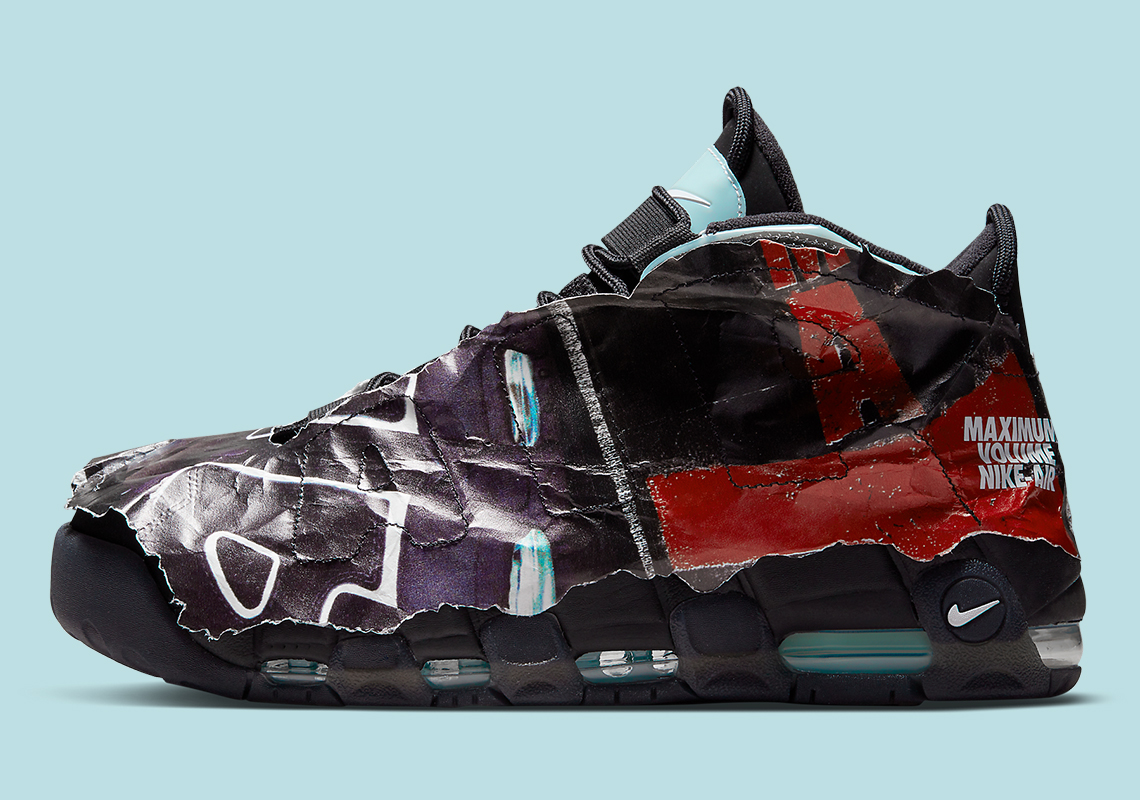 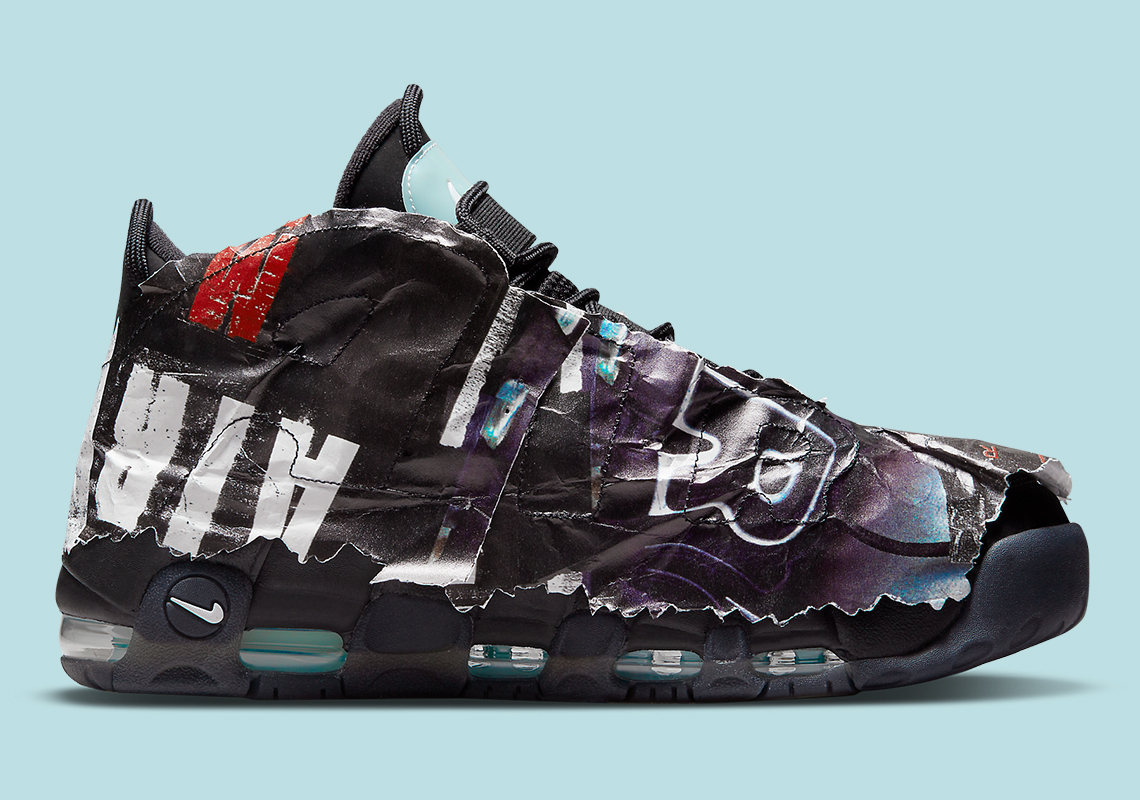 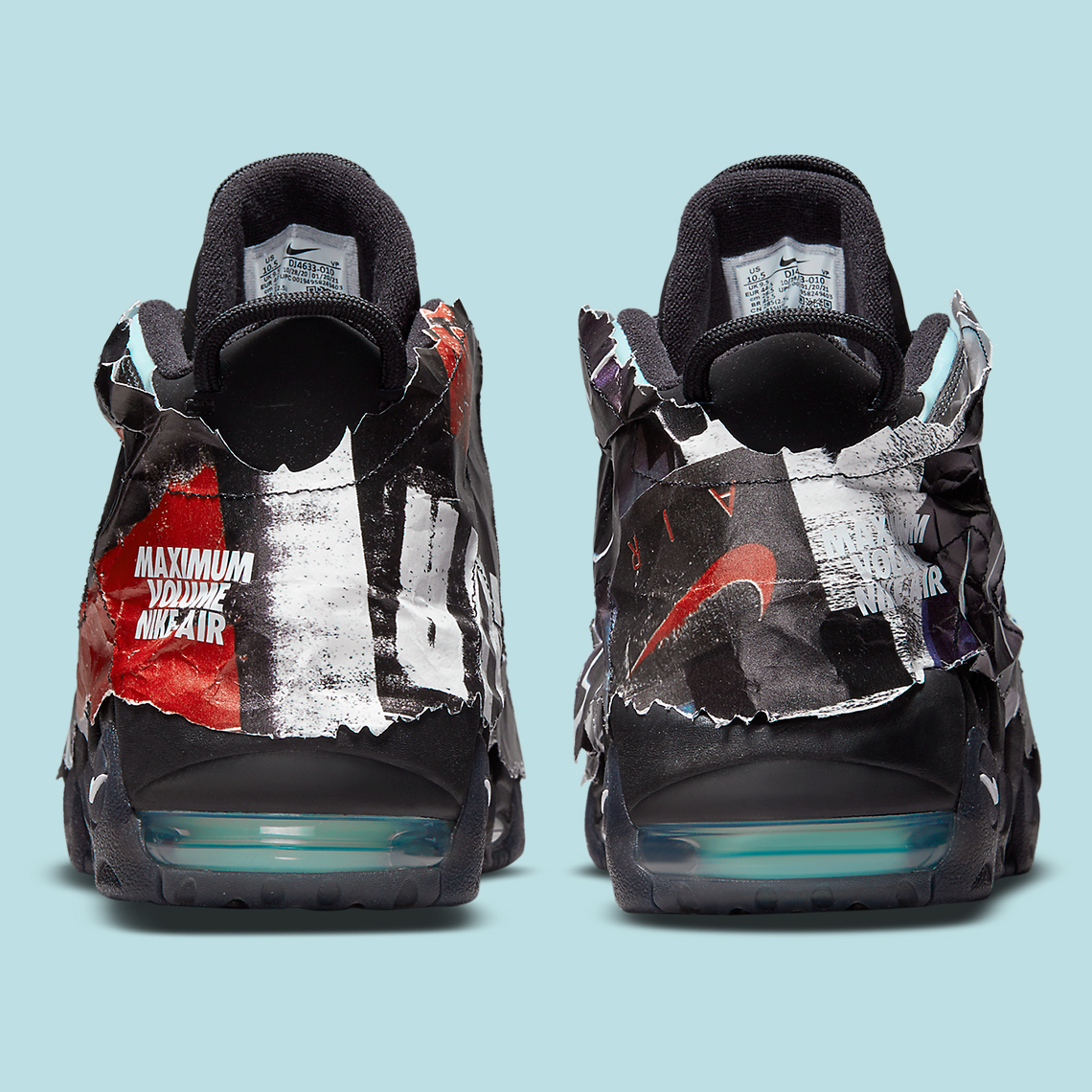 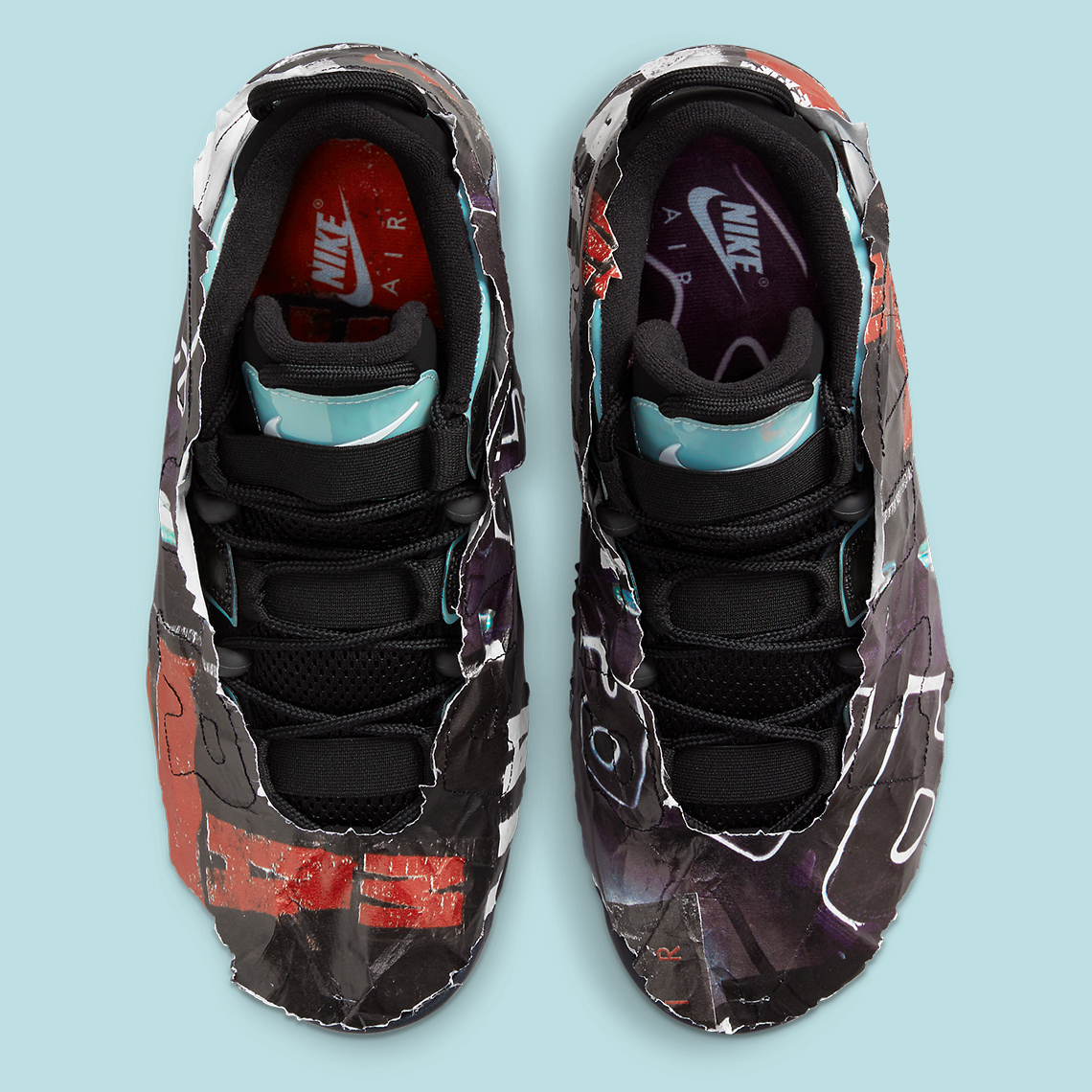 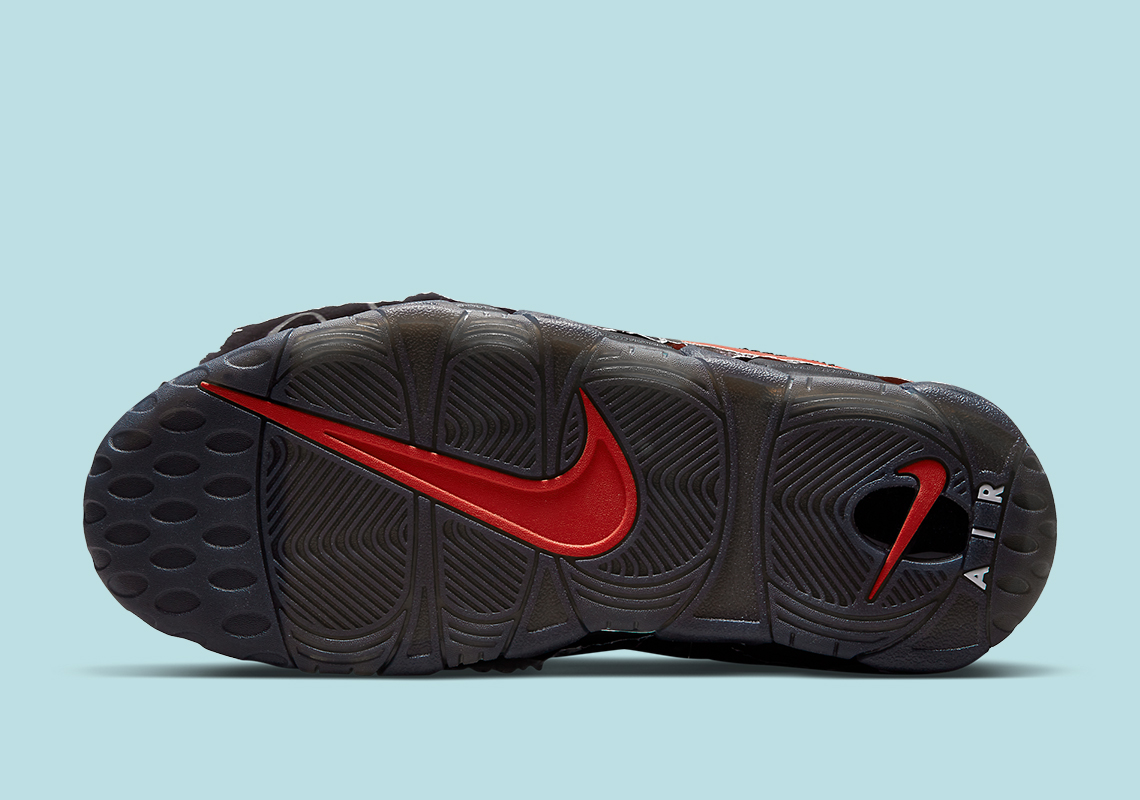 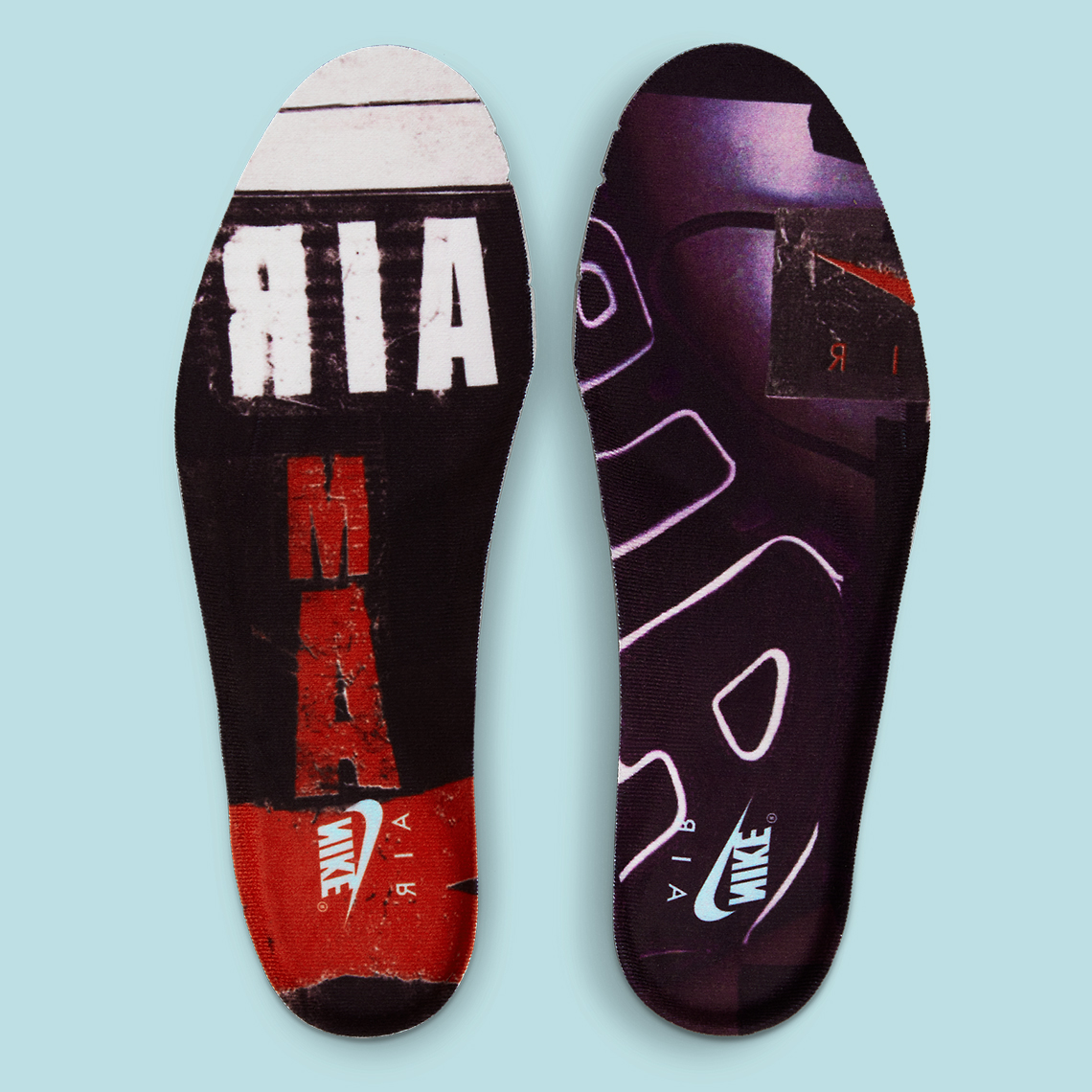 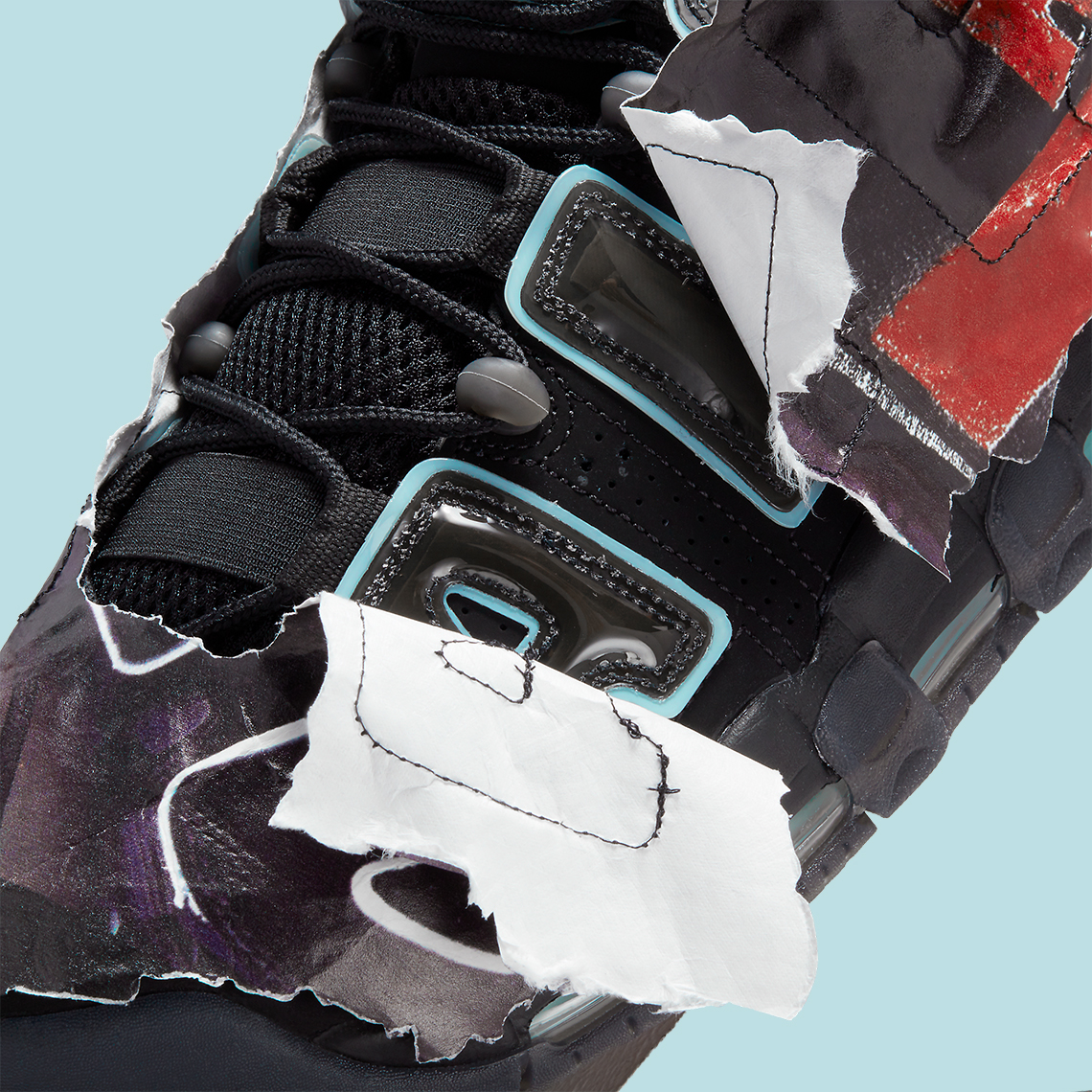 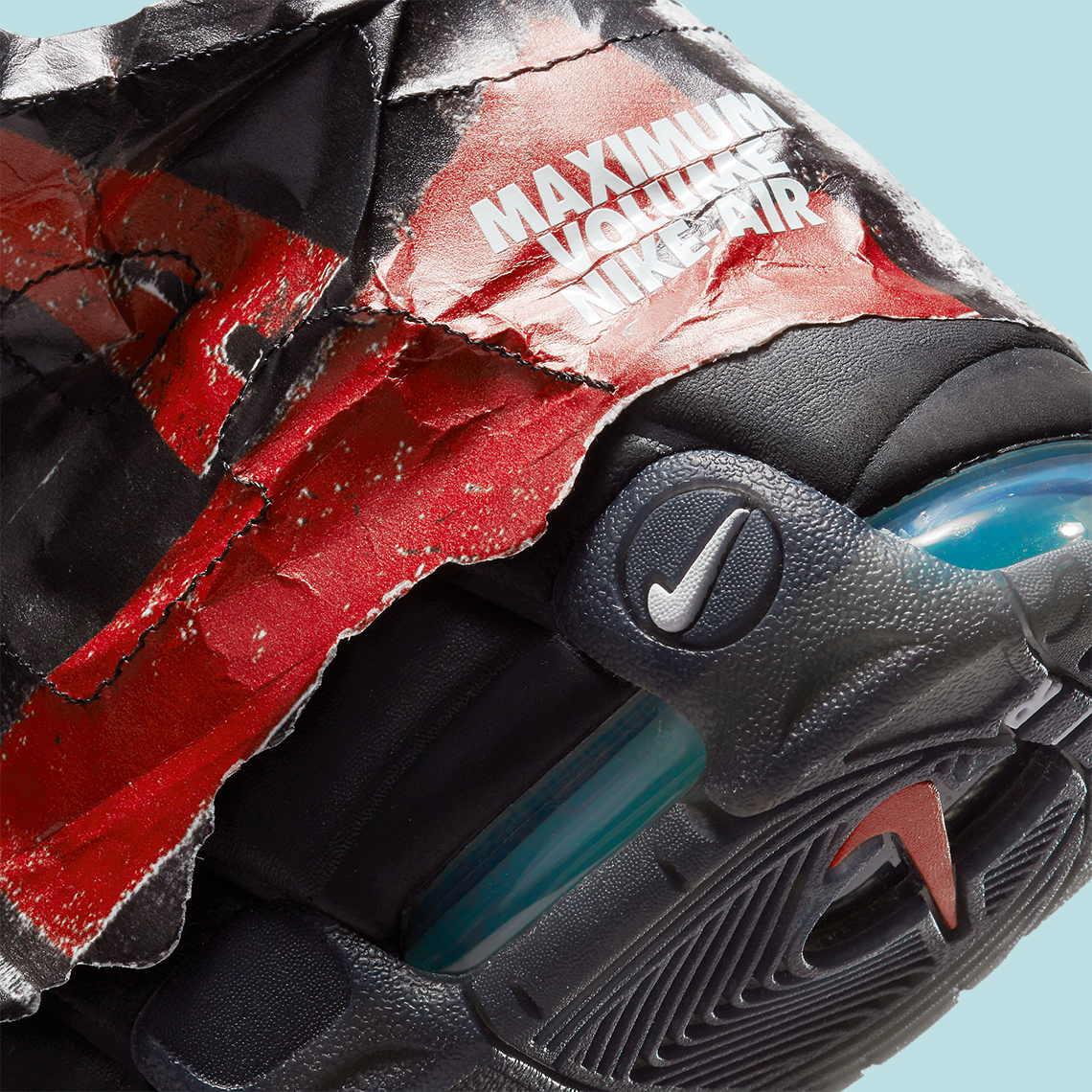 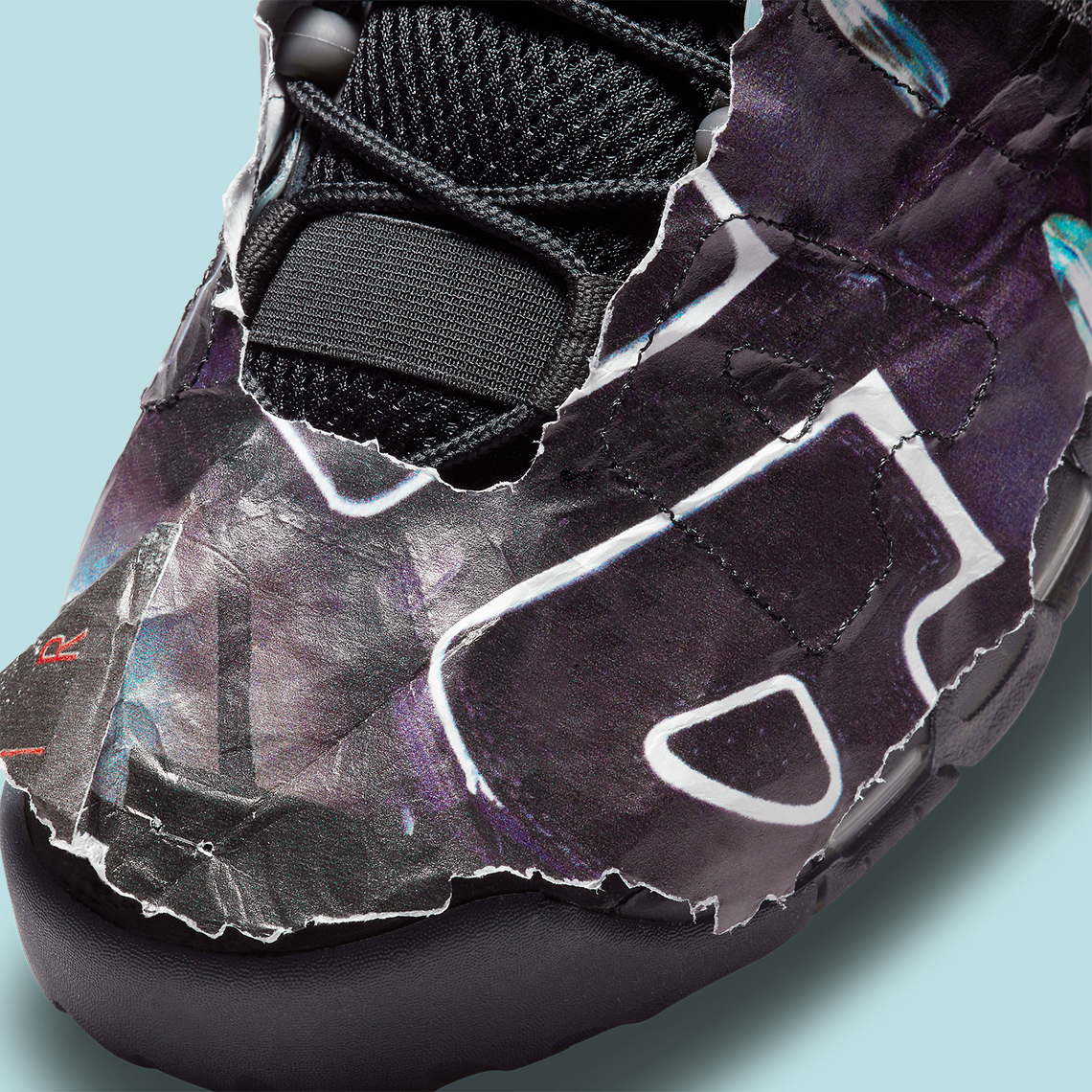