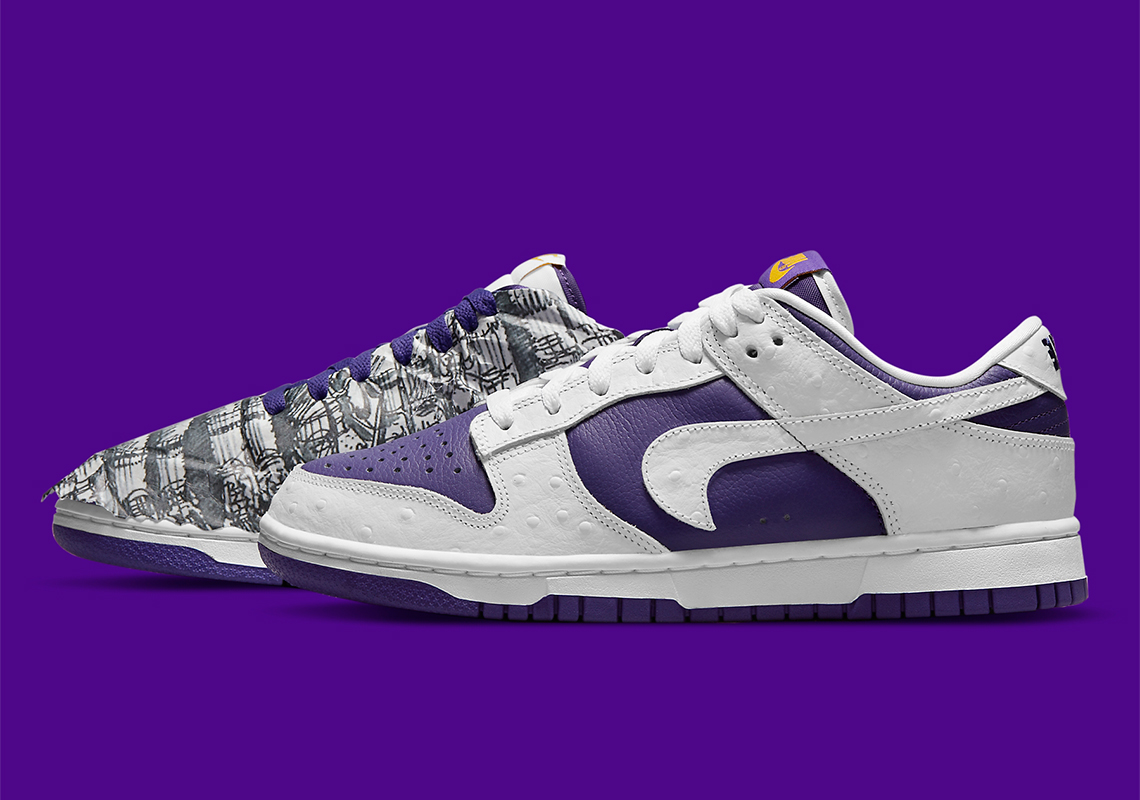 Nike is pulling out all the stops for the current Dunk revival, introducing some refreshingly new concepts to the retro silhouette while honoring some of the most revered releases in history. This level of modification is sure to conjure harsh critique from purists, but it would only be right to be approach with a daring ambition rather than settle for re-issues and college-style colorways. For this “Flip The Old School” release, they’re doing both.

The colorway is possibly a nod an original City Attack pairing from 1999; the purple, white, and yellow are now placed on the Low, with the inverted theme converging on one actual pair with some added dimension of character. While the right shoe exists in the standard purple and white, with all the logos in proper place, the left executes a true inversion of its counterpart not just with the color, but even with the Nike logos on the tongue, heel, insole, and Swoosh. Ostrich leather is added to the overlay off both sides to further separate itself from the two ’99 Dunk Highs, although it hardly needs it. Finally, Nike coveres the upper with a box tissue layer featuring penciled illustrations of a gang of Dunk wearers on the street, with the same visuals seen on the insoles.

This Dunk Low appears to part of a larger pack as it matches the recently previewed Air Force 1 Low “Timeless Classic Keep Fresh”.  We’re certainly curious to see how much  Nike will expand this collection, but check out the images of the Dunk for now and stay tuned for updates. 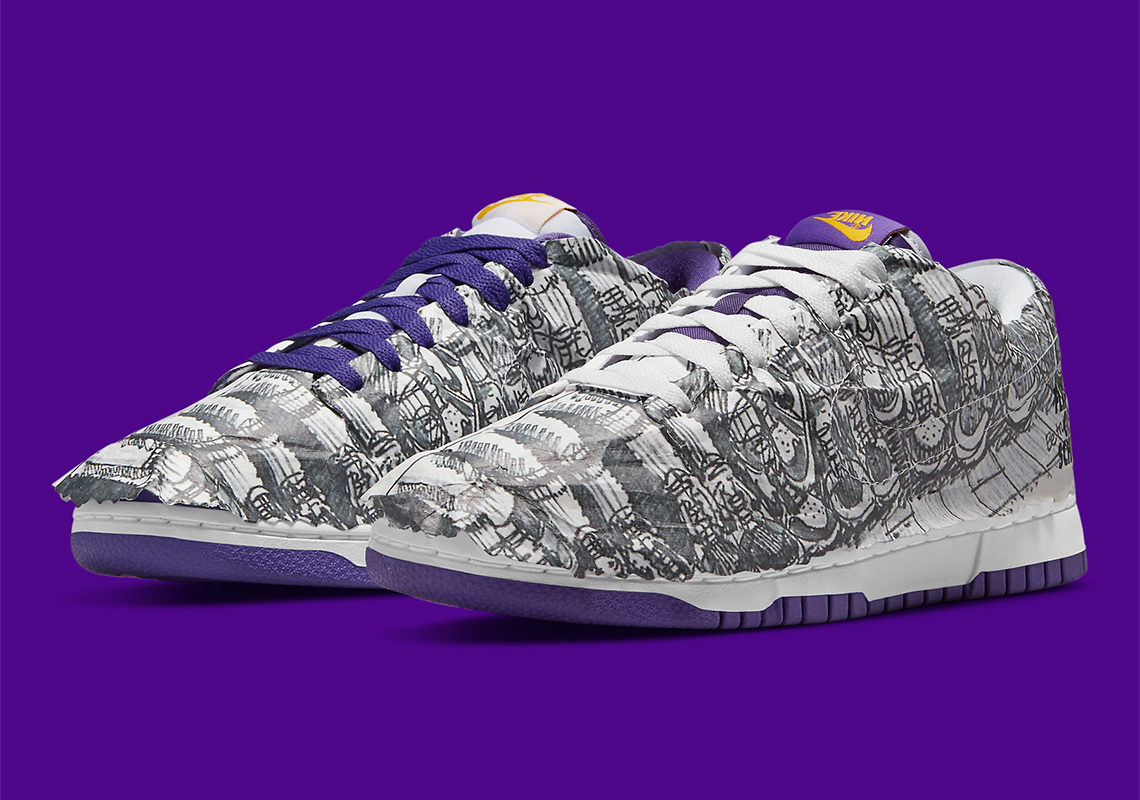 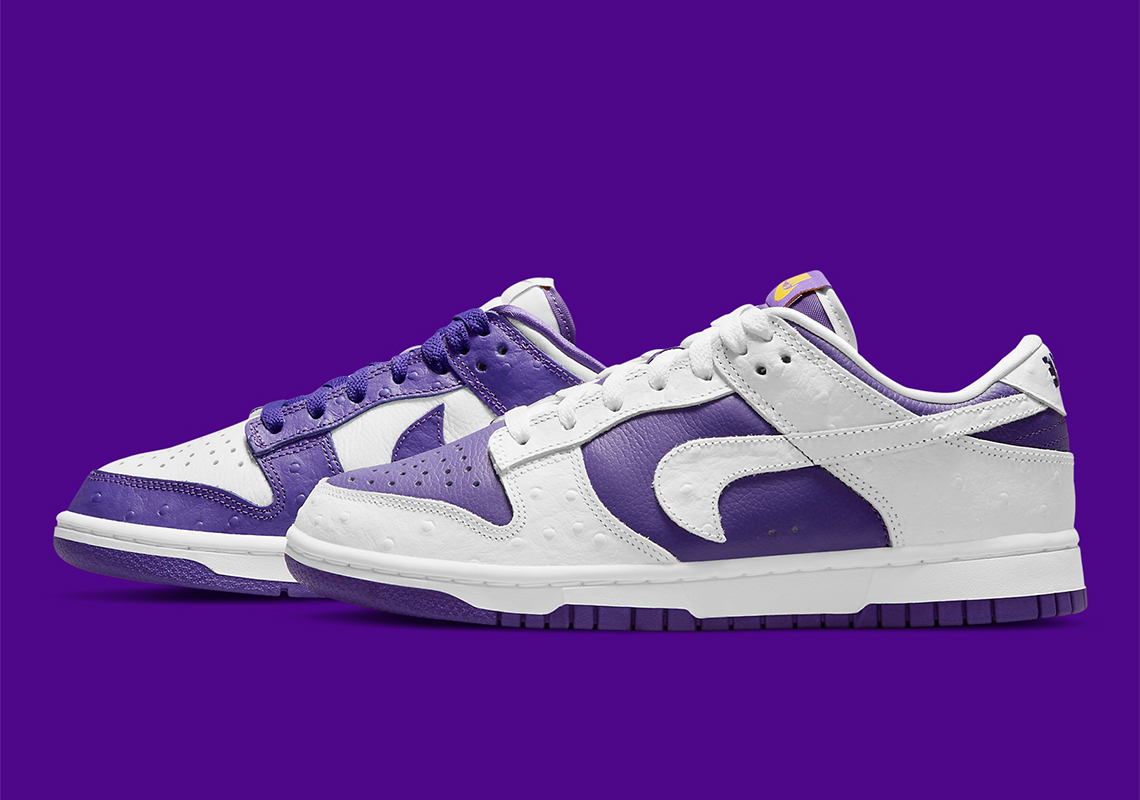 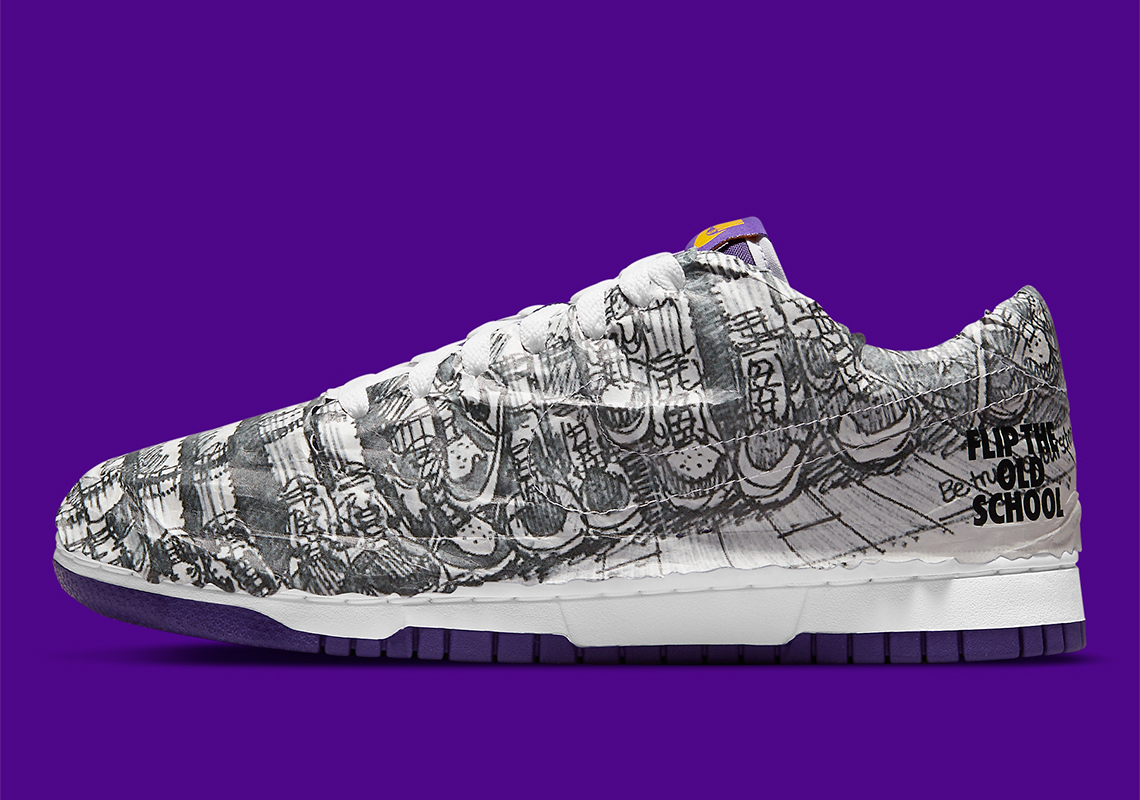 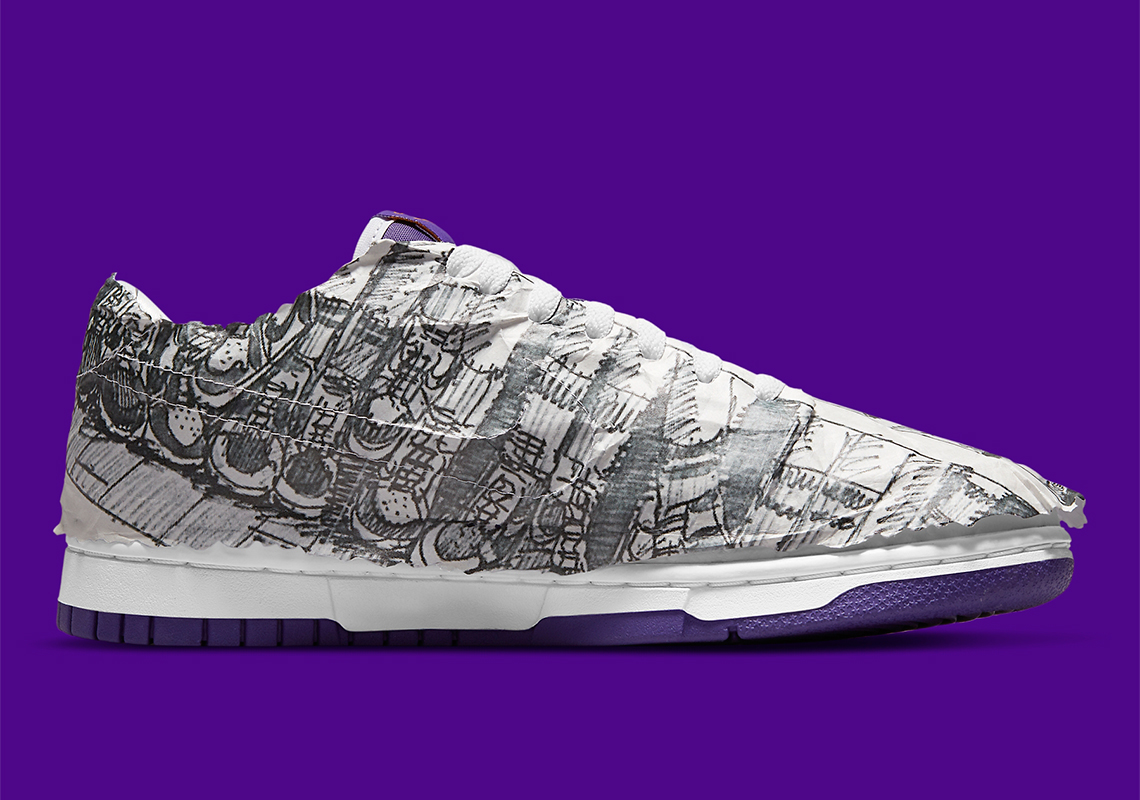 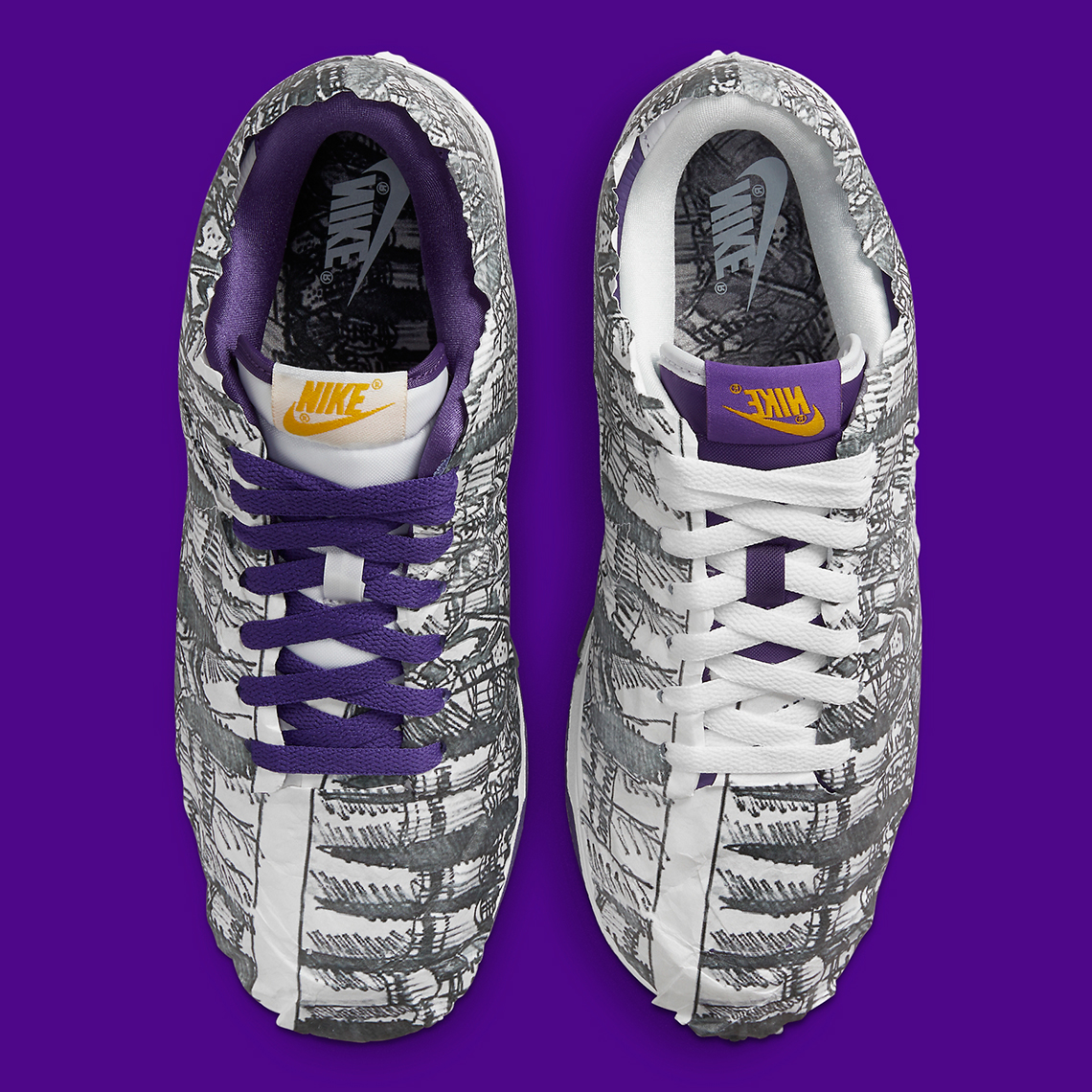 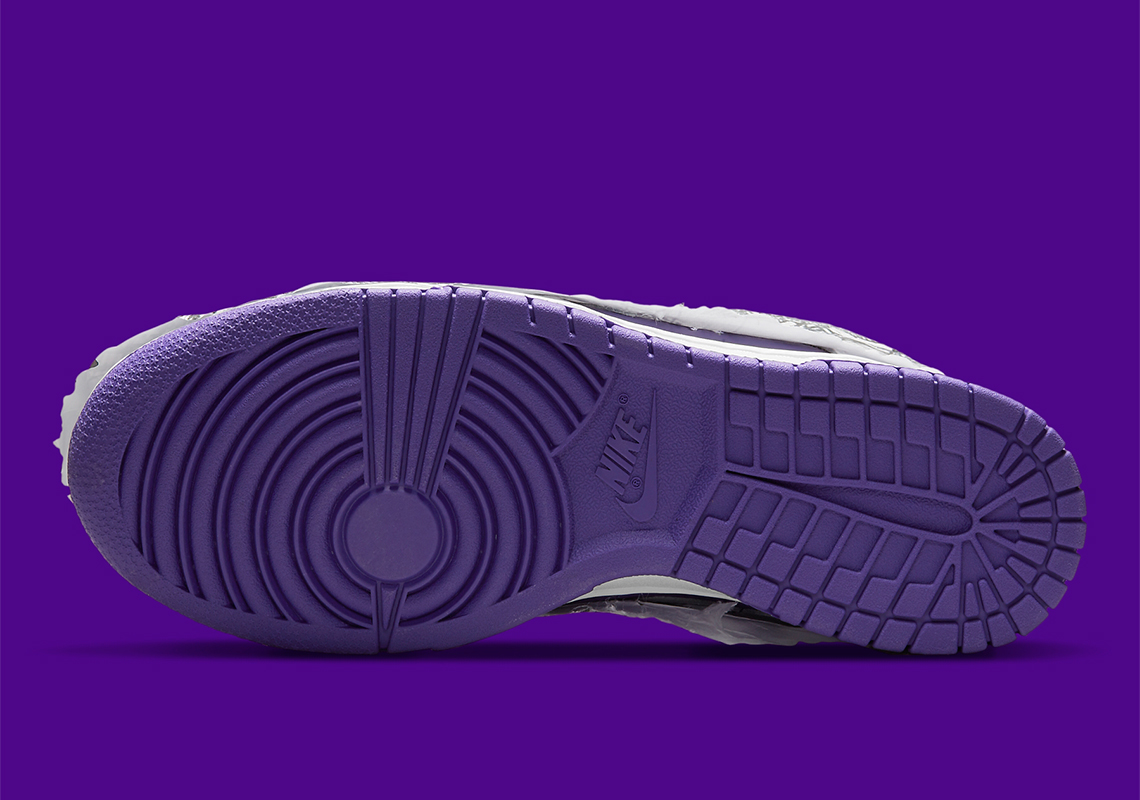 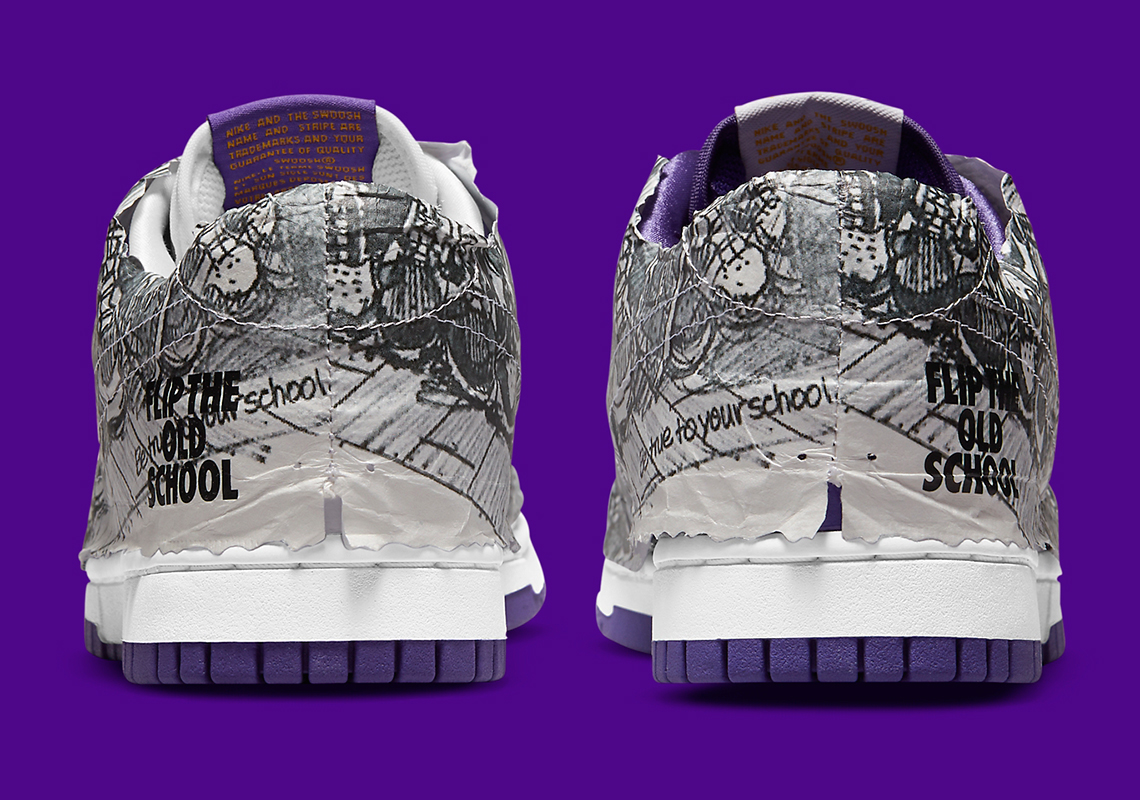 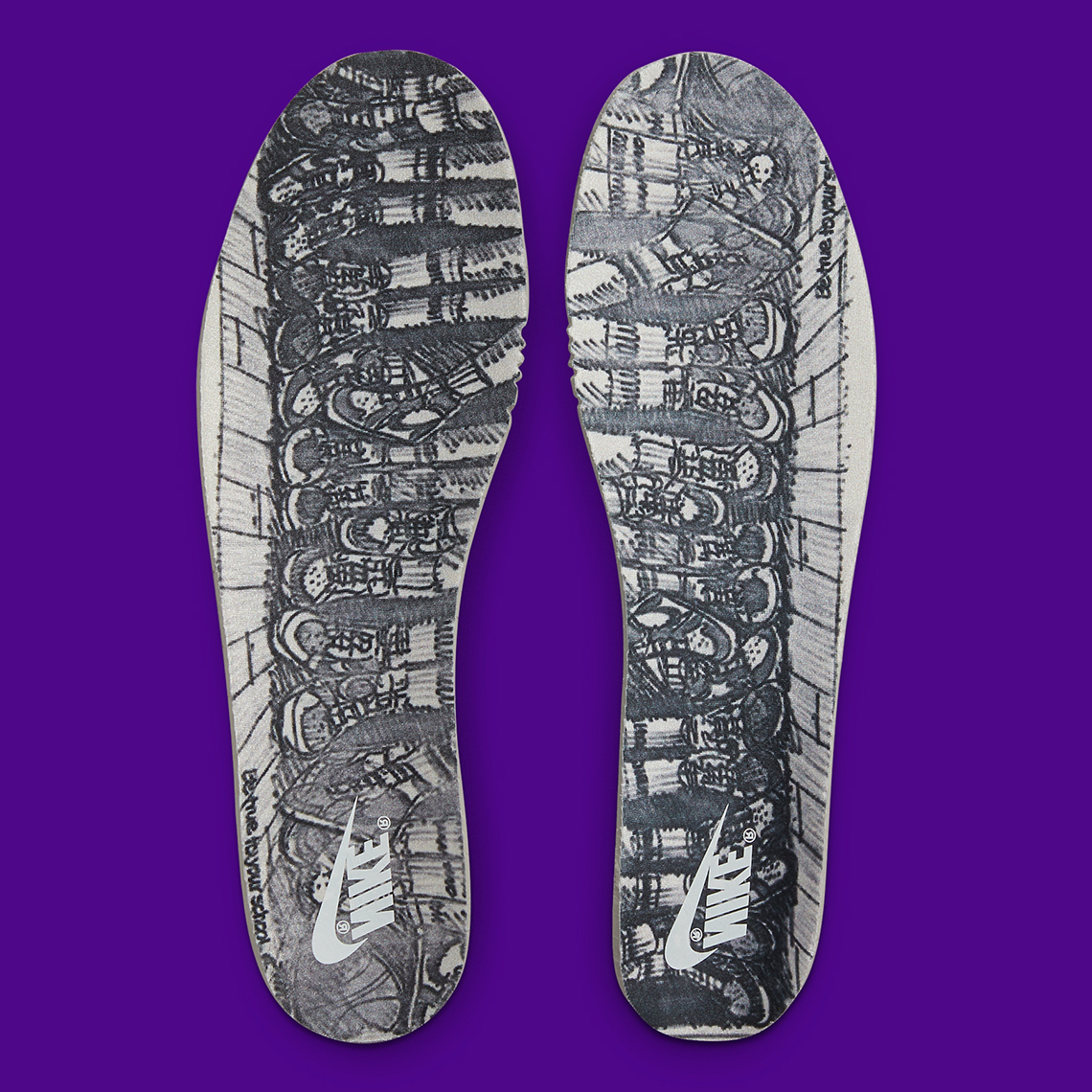 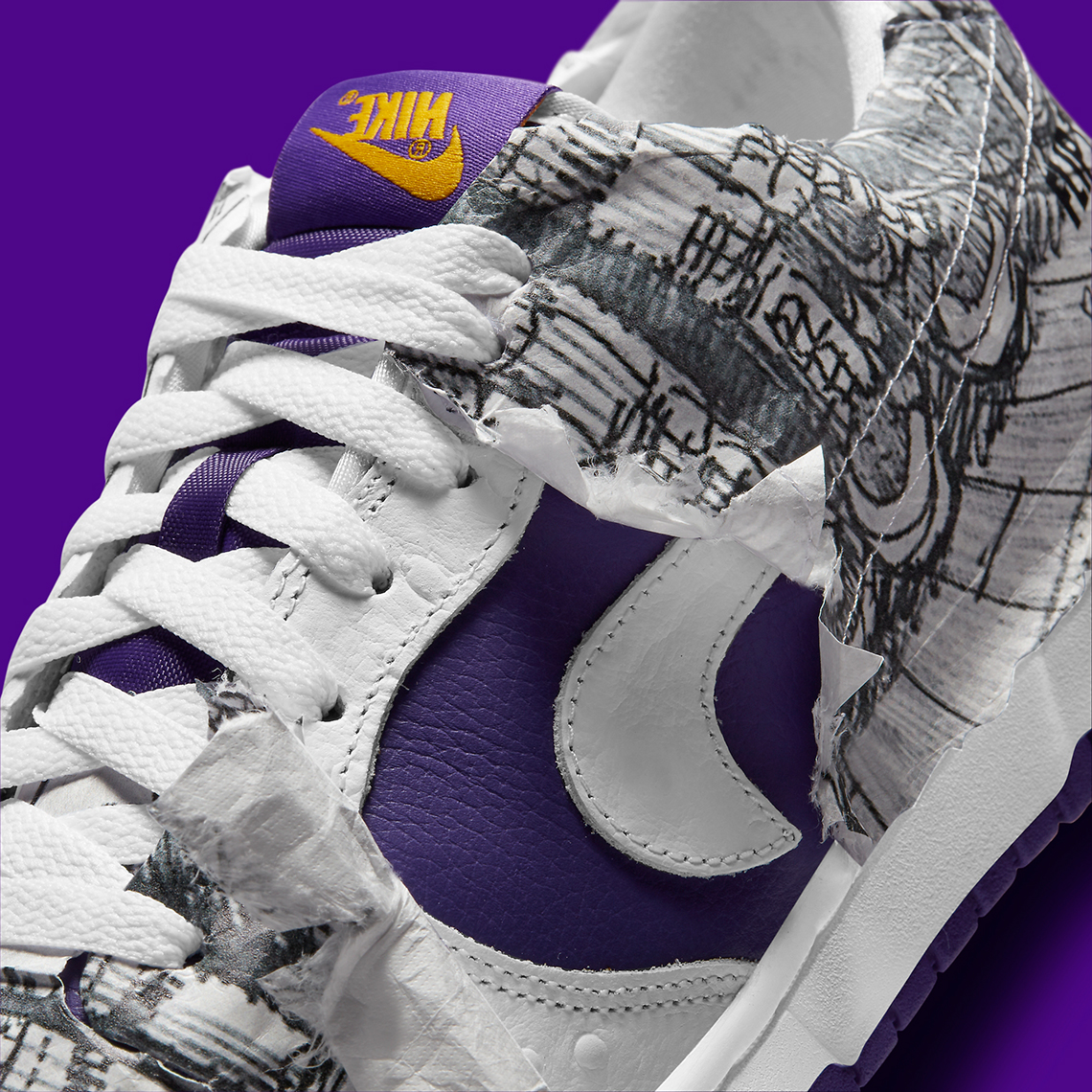 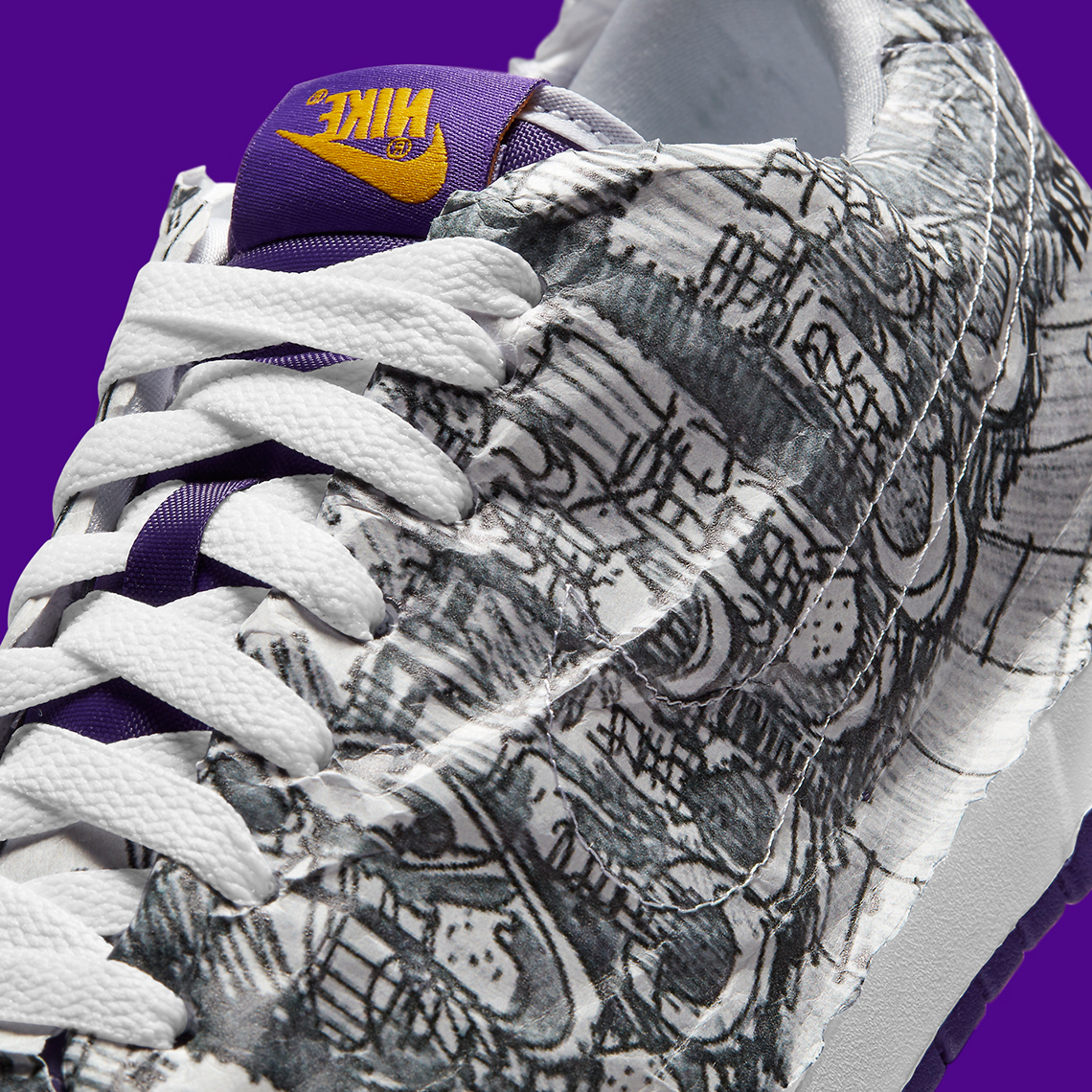 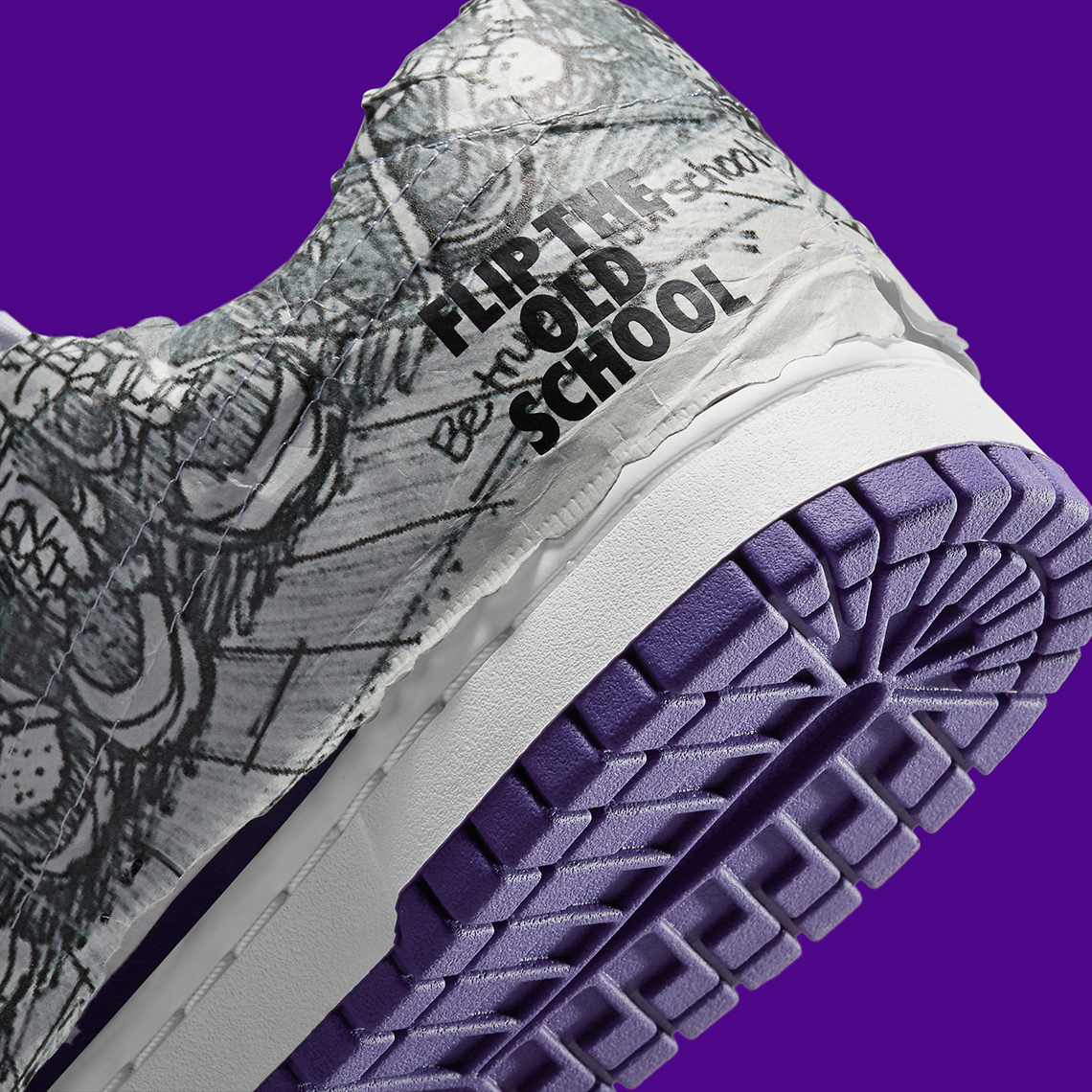 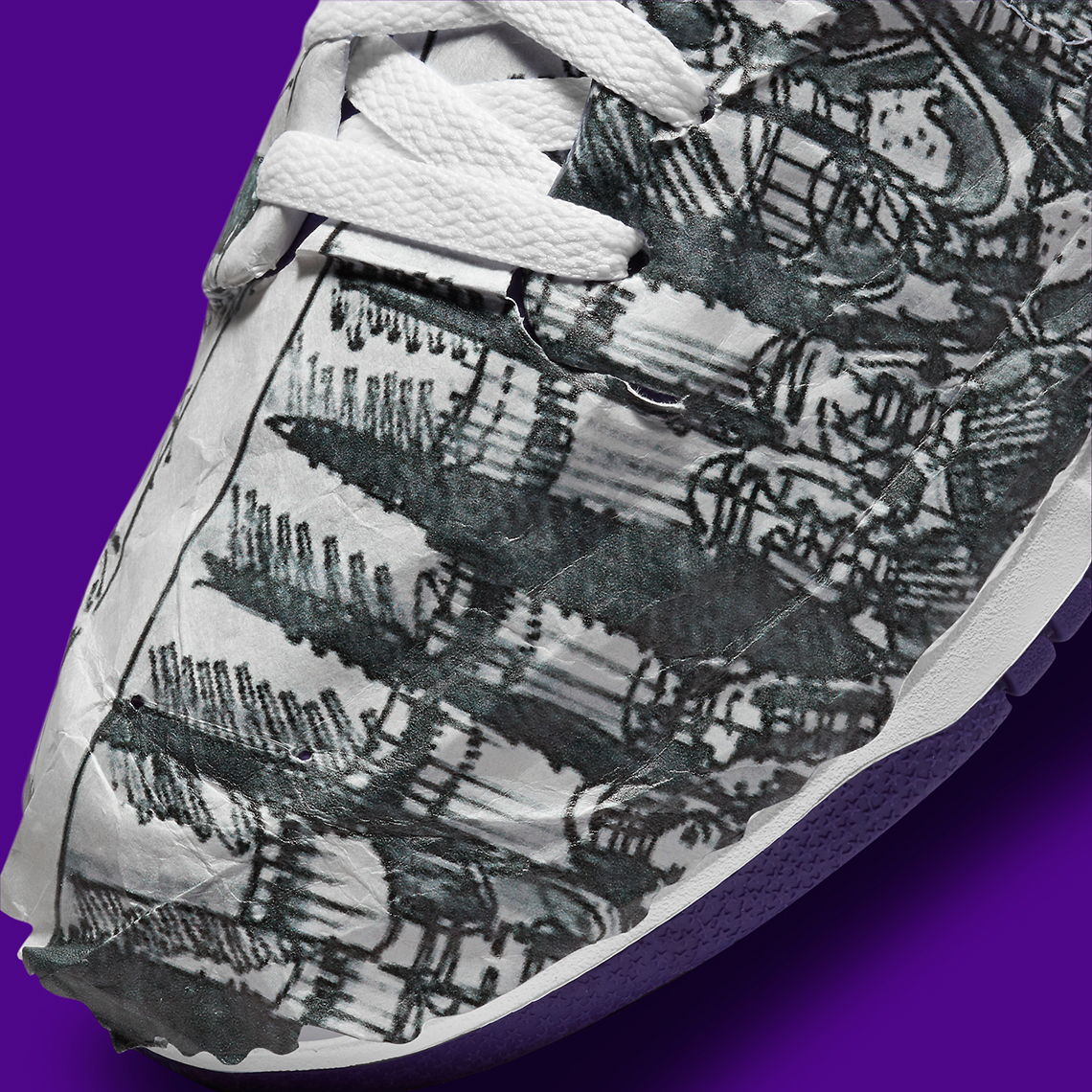